The Rocky Mountain Slayer has been in the Canadian brand’s line-up for a long time now. For 2020, the big bike its getting back to its freeride roots.

Rocky first introduced the Slayer in 2001. Since then, the bike’s reputation as a burly machine ready for big mountains and bike lines has grown. The most recent generation of Slayer sat somewhere between 27.5″ enduro race bike and full on freeride machine. With the 29″, longer travel Instinct BC edging into similar space on Rocky’s line, and being the choice of the entire Rocky Mountain Race Face enduro team, it was time for the Slayer to refocus.

For 2020, the Slayer is targeting aggressive, big mountain lines, freeride, and days in the bike park, and moving away from enduro race. The new bike ups the travel, goes to coil shocks, adds the option for 27.5″ or 29″ wheels and beefs up the frame.

At Crankworx 2019, I had the opportunity to ride the Slayer on just the type of trails it was designed for. It was tempting to hit the lift and stick to the bike park. Instead, I headed across to Whistler’s Westside to ride Howler, hoping get a more well rounded picture of how the big bike handled.

Completely redesigned for 2020, the new-look Slayer’s intentions are clear. The long travel bike ups the travel, moves to coil shocks across the line, and comes in 27.5″ or 29″ wheels. With 170 mm travel out back and 180 mm up front, and the option to upgrade to 200 mm DH forks if you’re going really big, it’s ready to take on anything from big freeride lines to full days in the bike park.

To handle the intended abuse, there’s serious upgrades to the 2020 Slayer’s frame. A carbon fibre front triangle is matched to a more durable aluminum FORM 7005 alloy rear triangle. There’s dual bearings at the chainstay and seatstays for added stiffness and reliability, along with Rocky’s shielded bearing design. Adding extra stiffness, the Slayer is the only single crown bike in Rocky’s line with an added support arch between the seat stays.

The Slayer’s carbon fibre front triangle has also been reinforced and beefed up, with a slight redesign of Rocky’s RIDE adjustment system. In place of the Ride-9, Slayer’s get a simplified Ride-4 adjustment system to allow quick changes to the bikes geometry.

Rocky Mountain has pushed the Slayer’s geometry to suit its more aggressive intentions. In the slackest Ride-4 setting, the Slayer has a 62.8 head tube angle, just 0.8-degrees steeper than the Maidien, Rocky’s full-on downhill rig. Switched to the steepest setting, the Slayer is still a relaxed 64.8. In line with that shift to slacker geo, the reach moves out to 469 mm – 478 mm (size L, 29″), again depending on the Ride-4 setting you choose. So you can still pedal the beast up to whatever you’re about to slay, seat tube angles are between 76.8 and 75.8-degrees. Full numbers on all four settings of Rocky’s Ride-4 system are here. 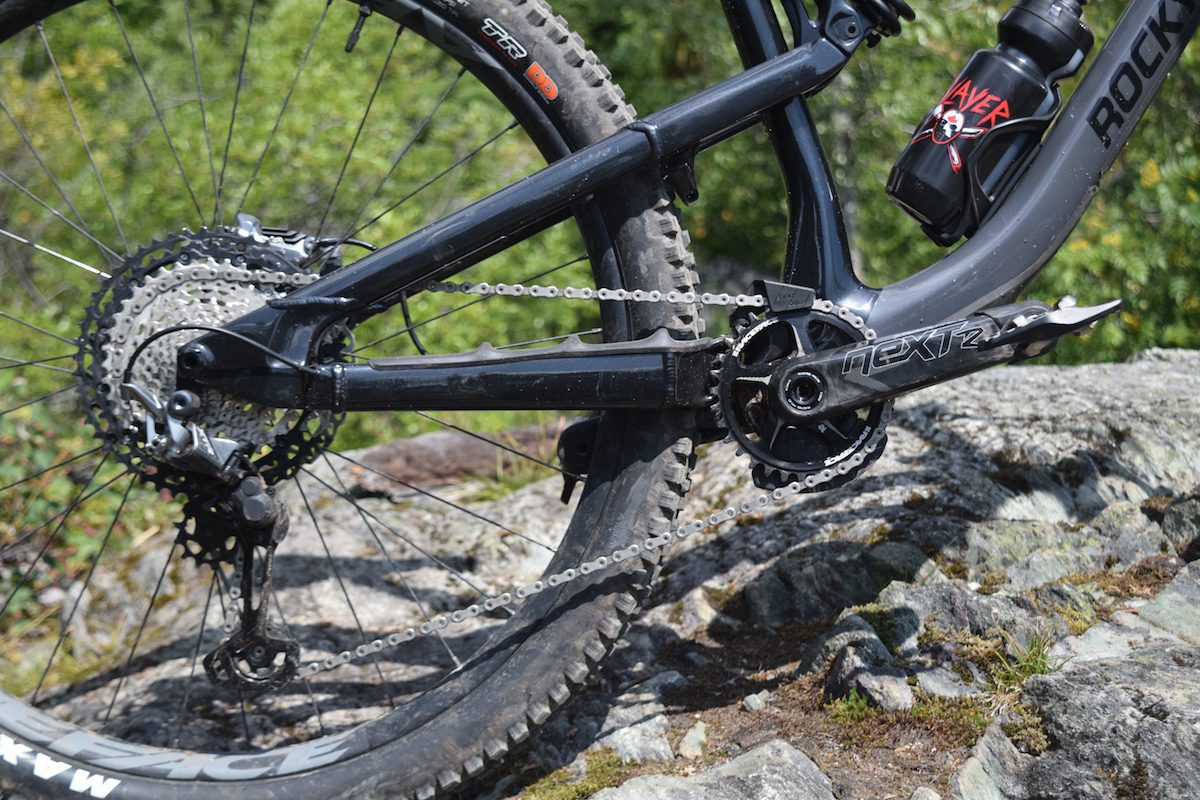 The Slayer Carbon 90 I rode in Whistler was Rocky Mountain’s top end build. While the bike comes in both wheel sizes, I went for the big-wheel set up with 29″ hoops. As you would expect from a $10,500 bike, it came fully kitted out ready to shred. There’s a solid price jump from the Slayer 70 to the 90. Here’s what you get for the extra cash. Up front, a Fox 36 Float EVOL GRIP2 Factory 29 gives 170 mm of travel (180 mm on the 27.5″ bike), matched to a Fox DHX2 Factory coil shock out back.

The Slayer 90 comes with a full complement of Shimano’s 12-speed XTR groupset, including the 10-51 tooth cassette and 4-piston XTR Trail brakes, with 203 mm rotors front and back.

Race Face supplies an array of carbon fibre parts (820 mm bars, Next R cranks), plus dropper post and ARC 30 rims. All this adds up to a claimed fighting weight of 33.0 lbs. 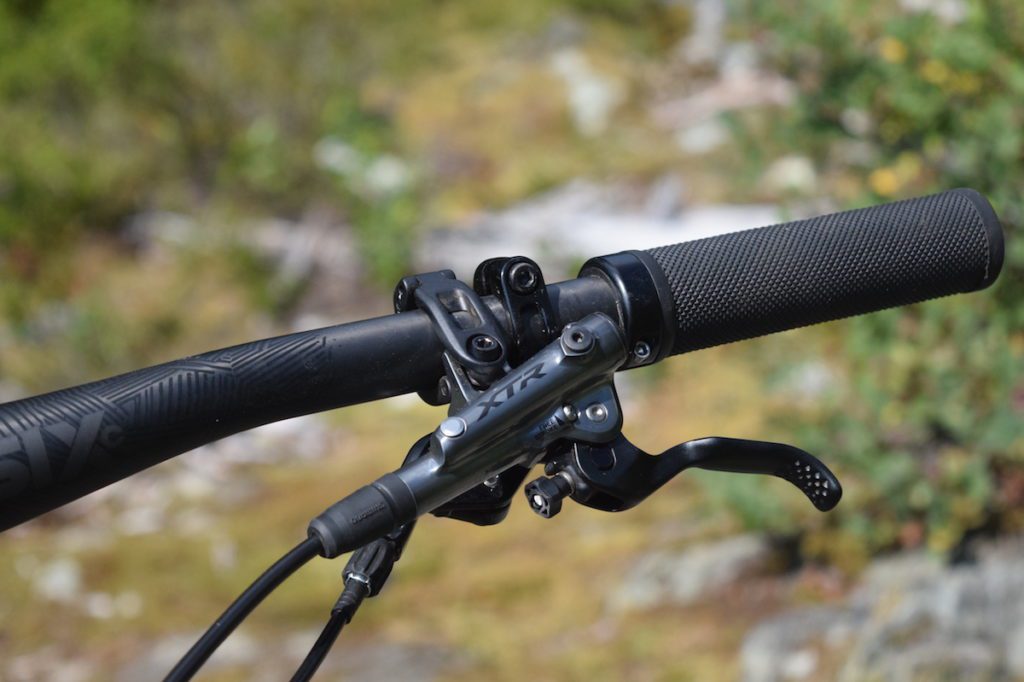 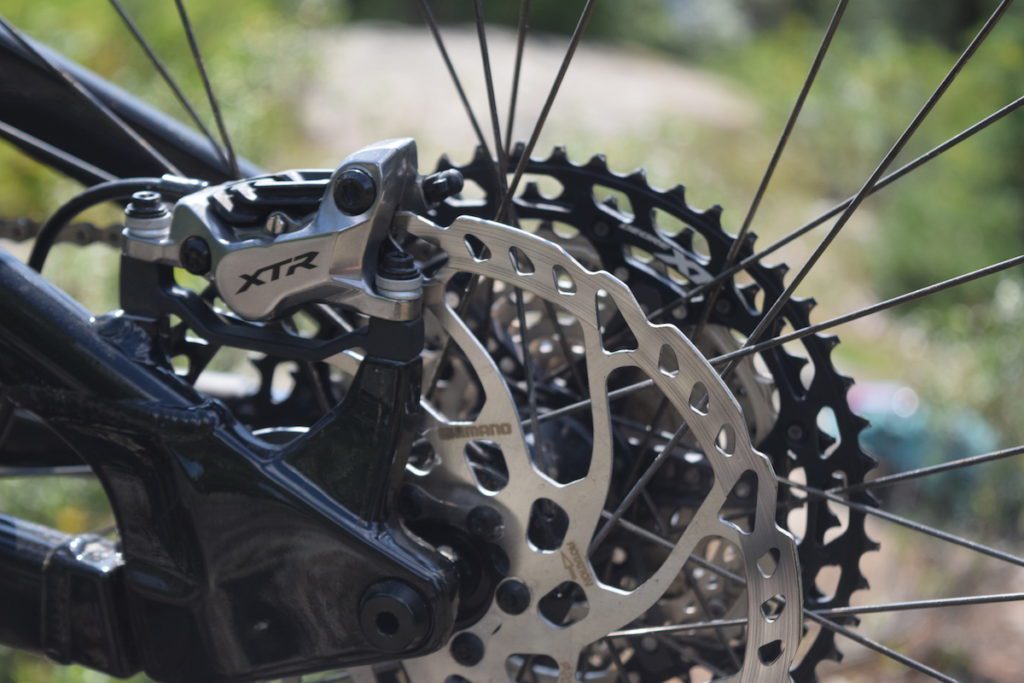 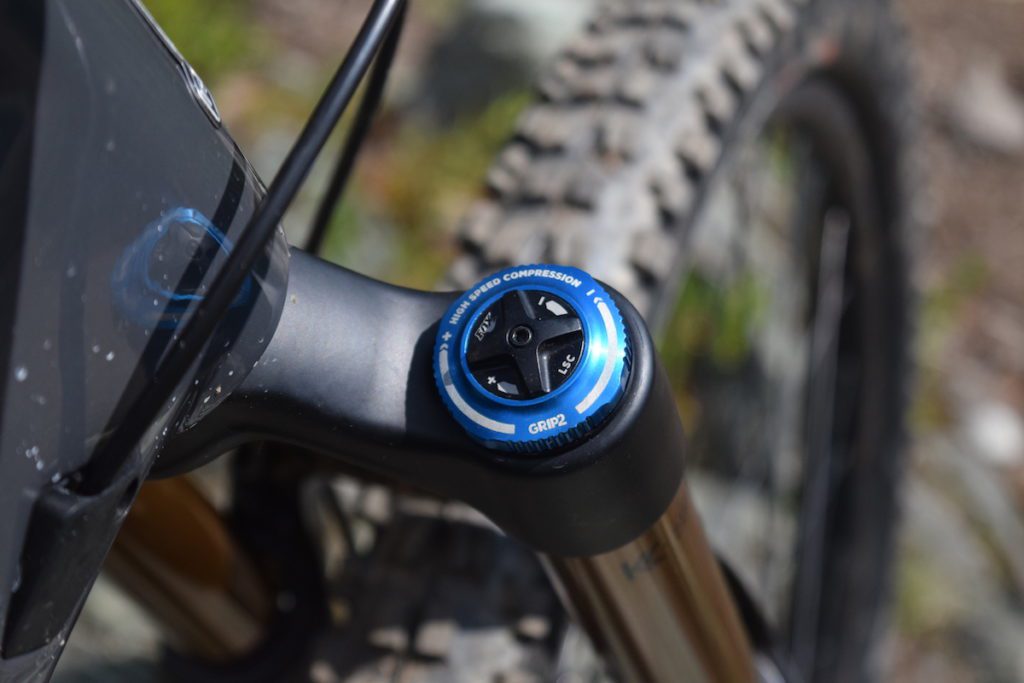 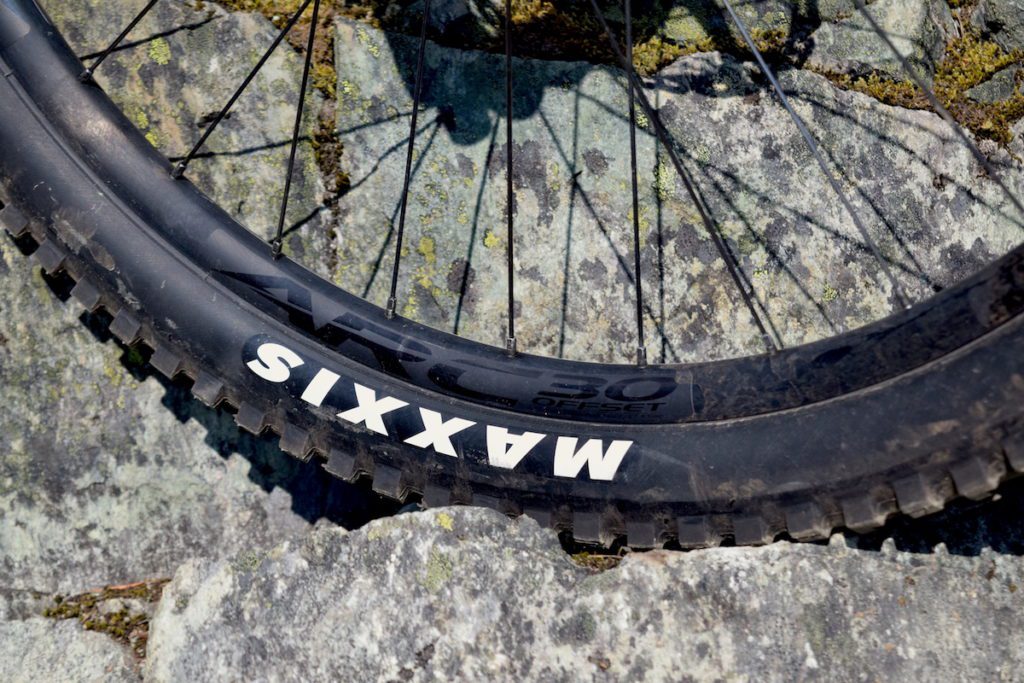 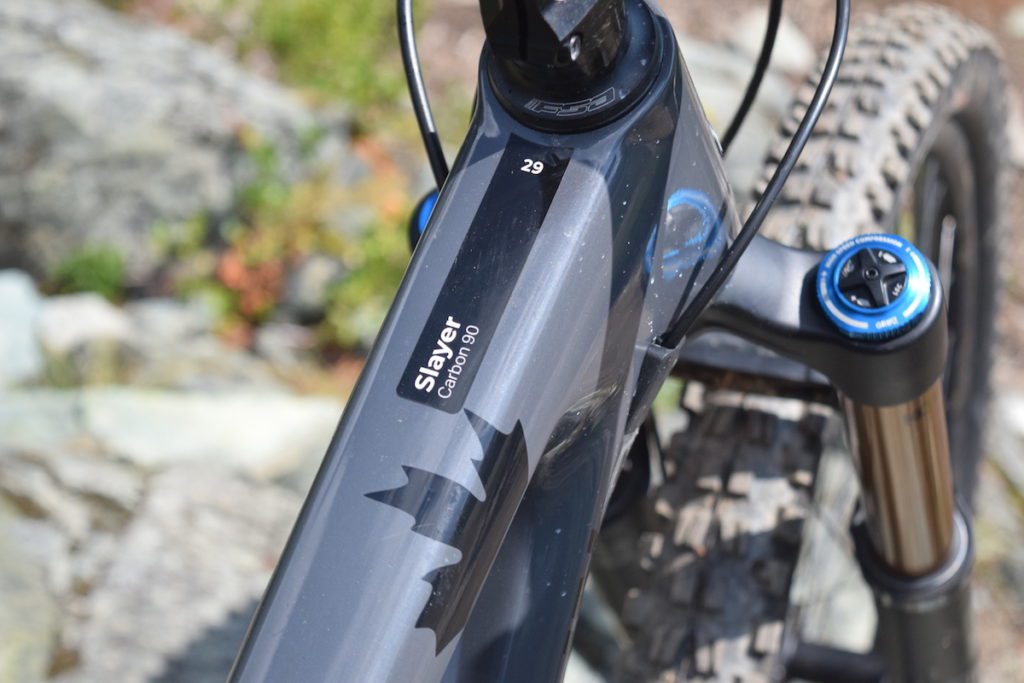 I rode the top end Slayer Carbon 90 in Whistler. 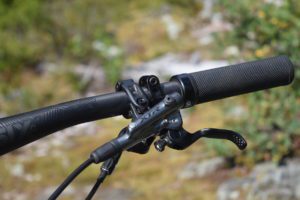 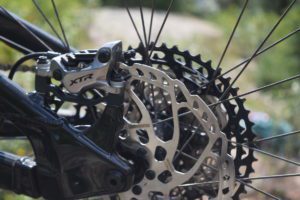 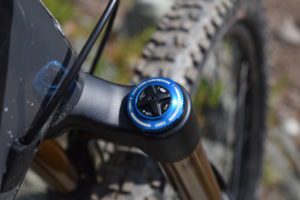 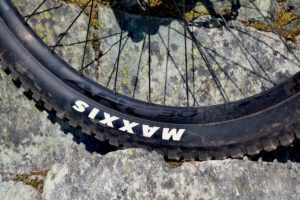 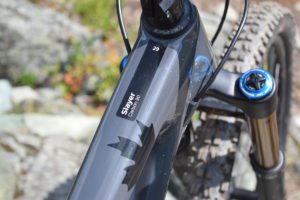 While the beefed up Slayer is clearly going to be happy putting in big days in the bike park, however Rocky Mountain says its shred sled is still capable of climbing to the trailhead. To put that to the test, and to avoid busy Crankworx lift lines, I headed over to Whistler’s valley trails. Specifically, Howler. Part of the Enduro World Series’ visit in 2017, Howler mixes rocky, janky sections with faster open trail that you can pick up speed on, and even a section of tightly spaced switchbacks. It is also accessed by a relentlessly steep climb which, in a solid kick-you-while-your-down move, turns from double track to tight, technical singletrack in the final kilometre of ascending.

Climbing with the Slayer isn’t going to feel quick and light like an XC or short-travel trail bike. Nor should it. But it does feel efficient for a 170 mm travel bike. The shock does come with a lock-out switch for long climbs. Even with that off, the Slayer pedals well and isn’t overly active while climbing seated. The coil keeps your rear wheel glued to the ground, lending the bike excellent traction up and over roots and up sketchy rock shelves.

Accessing Howler the only “break” in the trail, other than waiting for a black bear to get off the path, is when the trail grades shifts from really steep to just kind of steep. This made for numerous chances to test Shimano XTR’s ability to shift under load. The flagship groupset was impressively smooth, and quiet, under even the most ungenerous shifting. But I wasn’t out to climb. What I really wanted to know was how the Slayer descended. 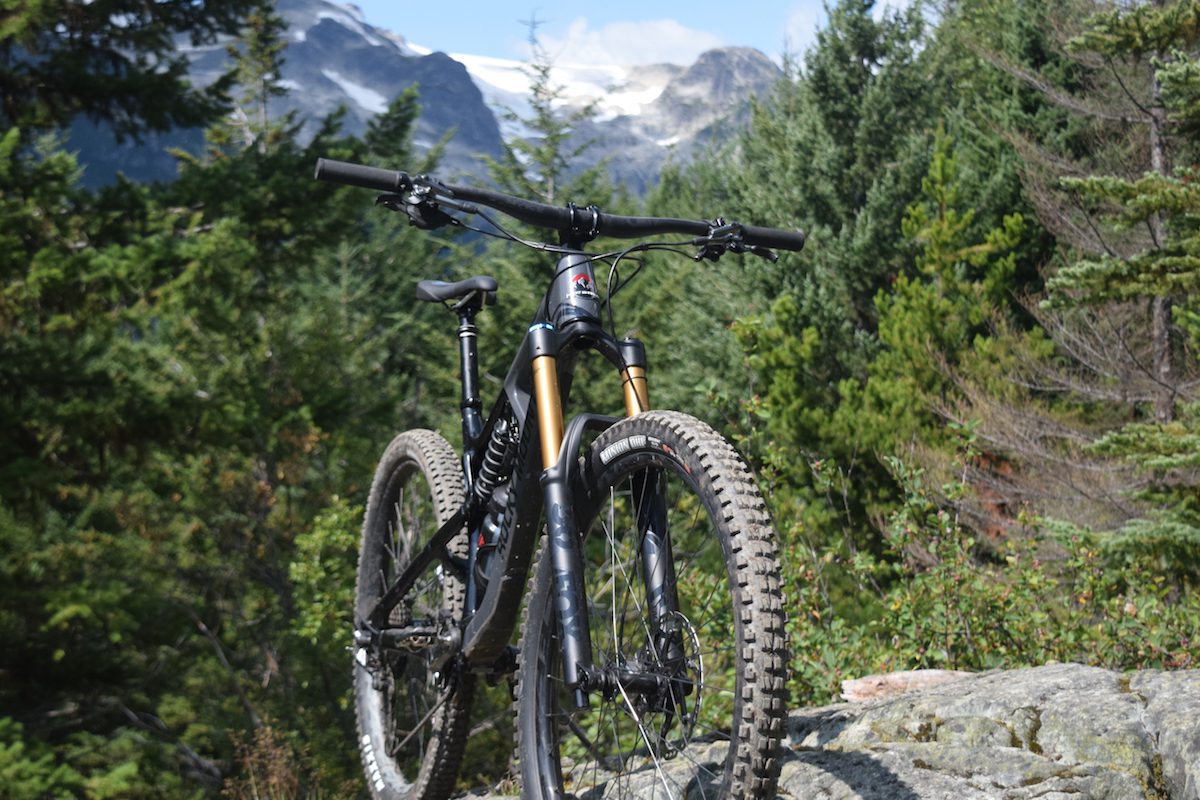 Howler starts with janky rock shelves and steep chutes that normally would leave me picking lines and hunting for traction. On the Slayer, I was quickly able to commit to questionable line choices, knowing I’d come out fine on the other side. The extra traction on the climb was a huge plus on the way back down. The rear wheel held grip in loose corners and over rough rock slabs  I’d otherwise be skidding or crawling down.

While the extra travel and coil shock lend the Slayer excellent control when you point forward and plow through the rough stuff, Rocky’s new big bike is still responsive enough to let you pick precision lines and move the bike around, on the trail or in the air. Shimano’s 4-piston XTR Trail brakes had plenty of power and modulation, even after 700 m of elevation loss.

The Slayer was confidence inspiring through the janky sections of Howler. The bike really came alive, however, when the trail opened up enough to start picking up speed. As the speeds pick up the bike feels like it settles, and really starts to flow with the trail.

One ride isn’t enough to judge all the changes Rocky Mountain has made to the Slayer for 2020. But Howler gave a good enough range of trail, from steep, pointy rocks and loose dust to faster, rough trail, to show that the bike has serious shred potential. If you liked the old Slayer but wanted more, or big wheels, the re-write on the big bike should definitely have your attention. For those looking for one bike to take on the bike park as well as big days riding to steep trails, the 2020 Slayer should be on your list for sure.

Carbon fibre versions of the 2020 Slayer are available in stores now, though Rocky Mountain says regional availability may vary. If you’re holding out for the full alloy models, they should be showing up as soon as November. 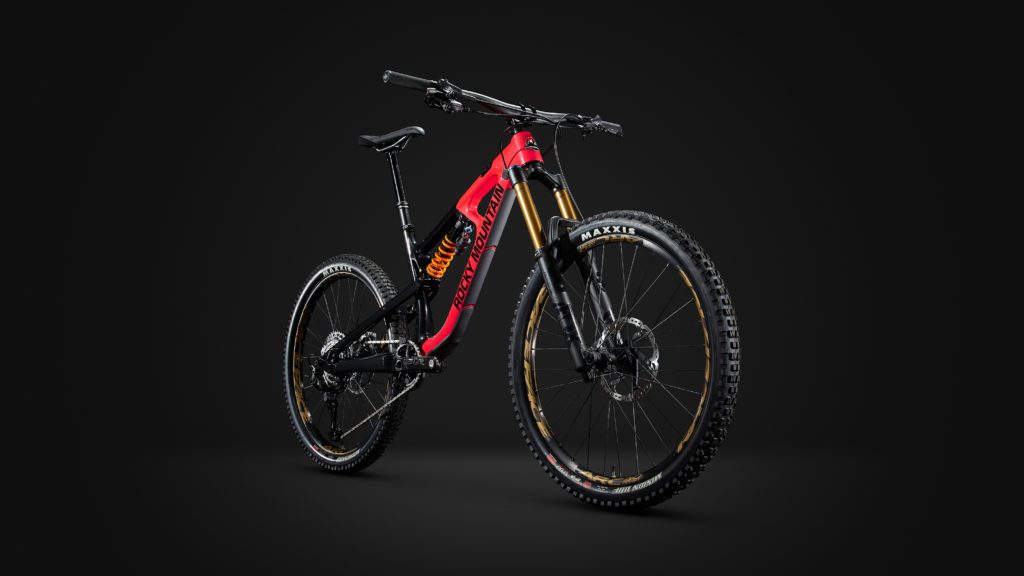 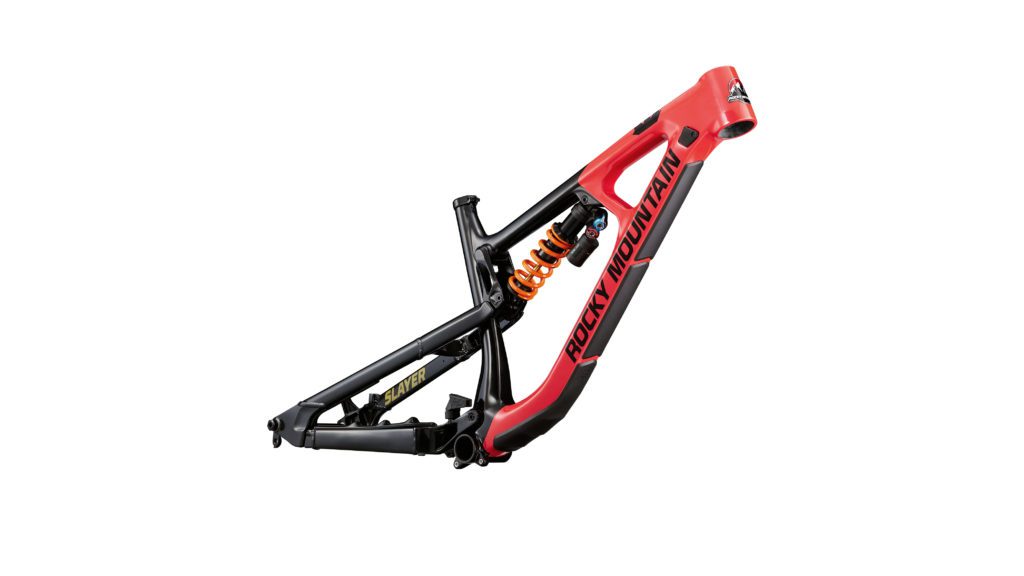 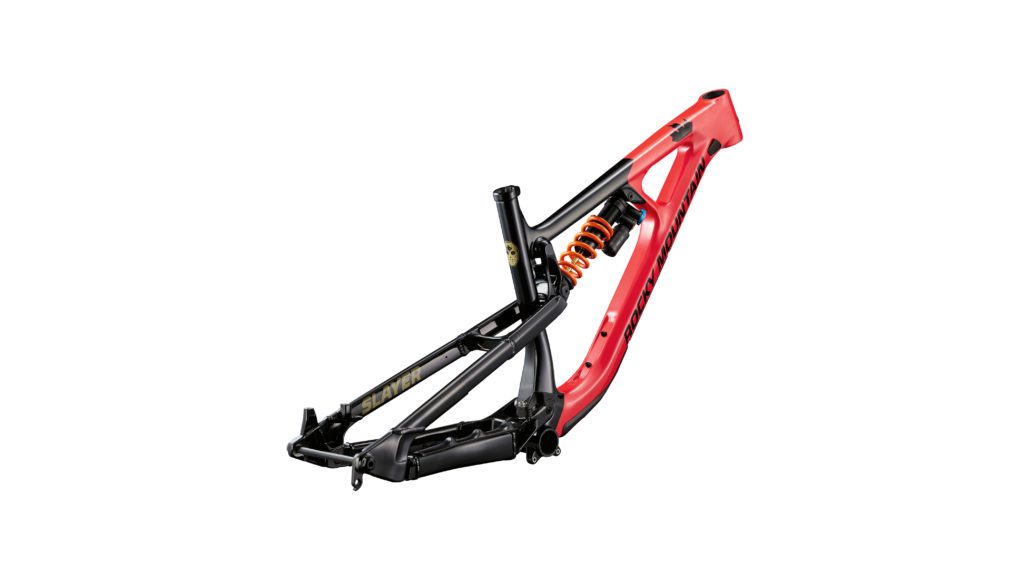 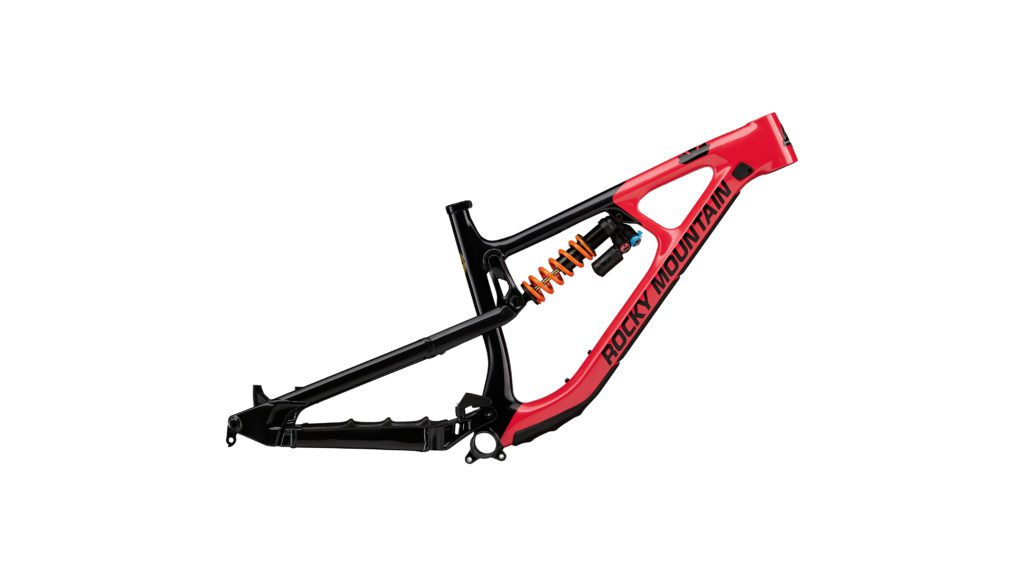 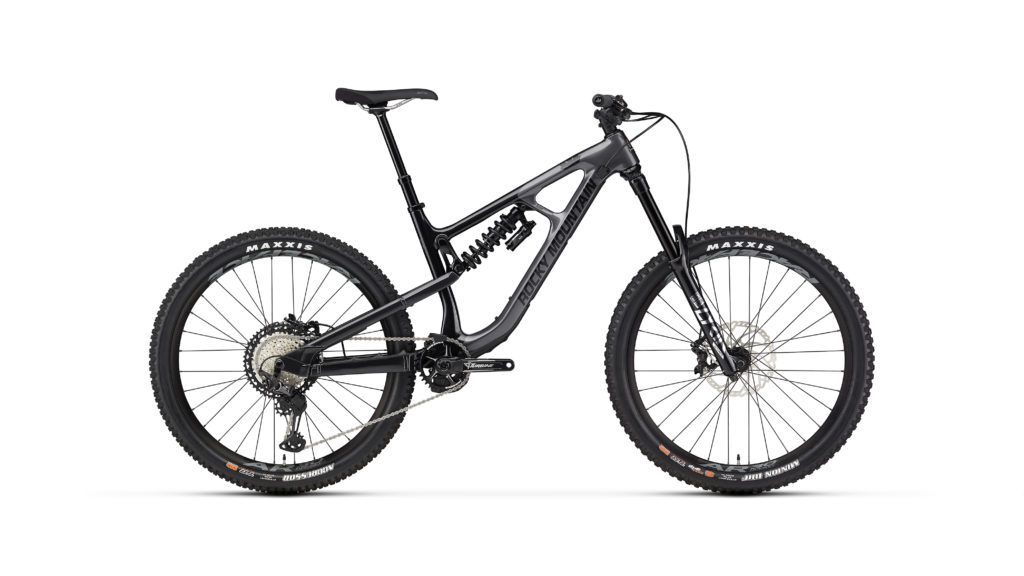 Slayer 27.5" C70. All models come in the black/grey or red/black colour scheme 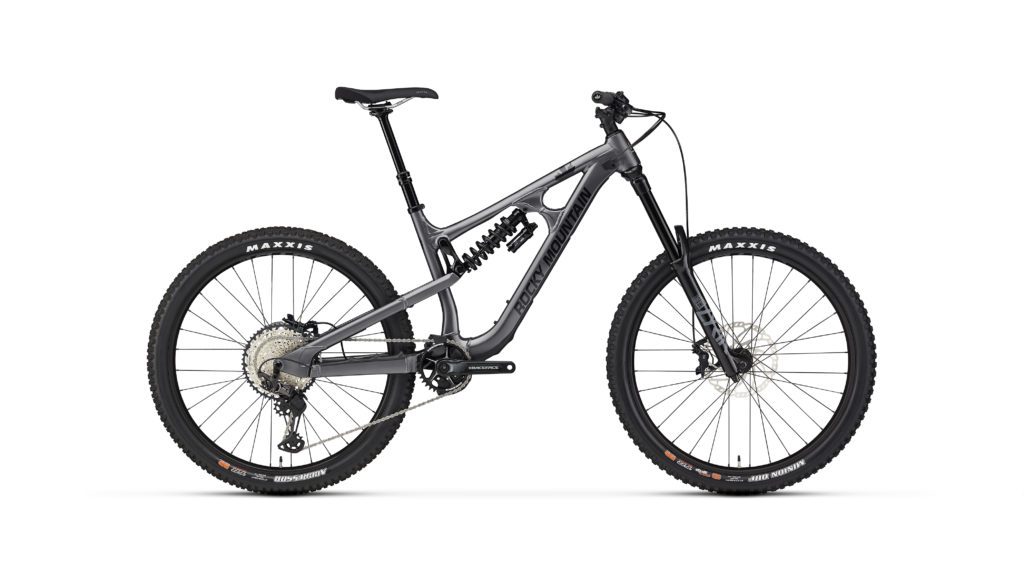 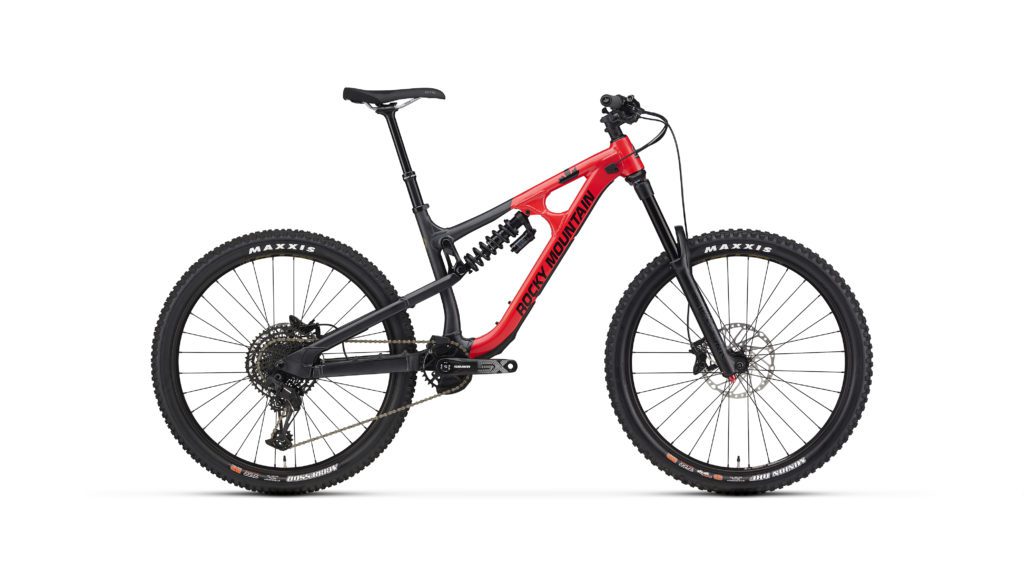 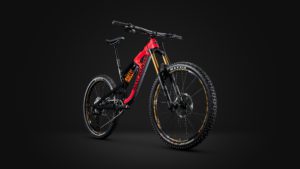 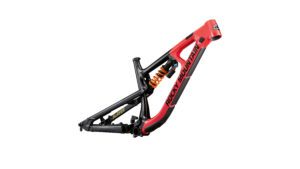 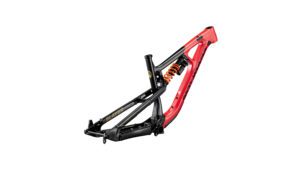 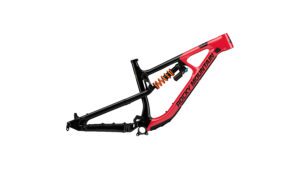 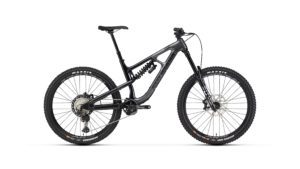 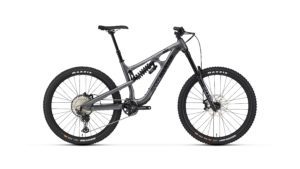 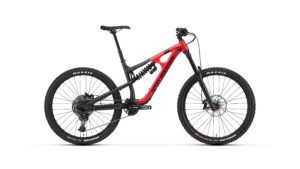