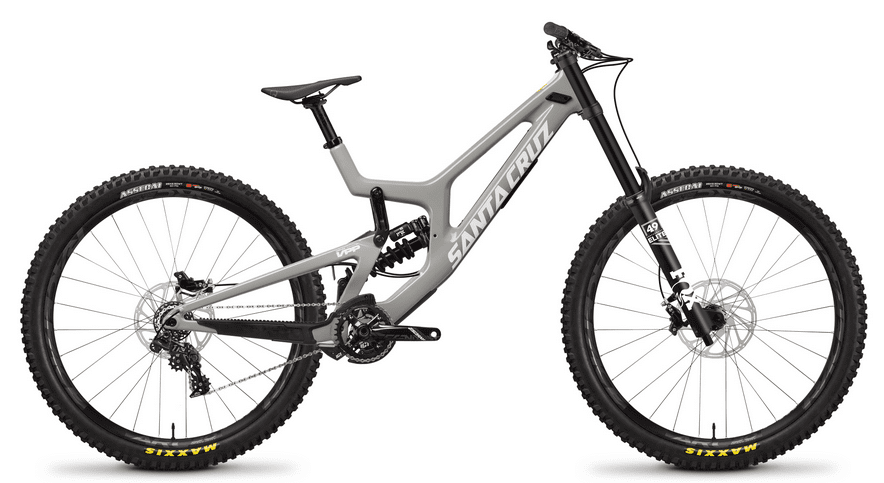 Santa Cruz was one of the first brands to push downhill racing into 29″ wheels when it introduced the wagon wheel version of its flagship V10, yet the bike is just now making it to market.

What started way back in 2017, but began development in winter 2016, when the Santa Cruz Syndicate downhill team first raced the bikes, will now finally be available to the public. It may have taken a few years, but you can now race the same bikes as the Syndicate team.

29″ V10’s will be available in sizes Medium, Large and XL, while the 27.5″ V10 wcomes in Small, Medium and Large. The California company says riders should choose based on rider size and riding style. The 29″ wheels are targeted squarely at the most difficult tracks on the World Cup circuit. The 27.5″ version favours riders who don’t just want to race, and smaller riders not keen on the big wheels.

The new Santa Cruz V10 features adjustable chainstay length, so riders can dial in front/rear balance according to their preferences, as well as internal derailleur routing through the rear swingarm, keeping it out of harms way, and a lower leverate rate than previous V10 models.

New Reserve DH 29″ wheels were released along with the two V10 frames. Designed specifically for downhill racing, the rims are Santa Cruz’s widest at 31mm internal width. They are available rim only, or built up to Syndicate-spec red Chris King hubs.