Squamish’s Seth Sherlock turned an outstanding 2019 season on the World Cup circuit into a 2020 contract with Intense Factory Racing. With the move from privateer racing to the Factory Team comes a new Intense M29 for the now-postponed season.

We talked to Sherlock about the move to Intense Factory Racing, and his freeride roots. Since we can’t travel still, the Squamish junior took time out of his training to send photos of his new team-issue Intense M29 race bike. He even cleaned it off first.

Take a look at all the details on Seth Sherlock’s Intense Factory Racing M29. Then watch for him when the World Cup, hopefully, resumes this September. 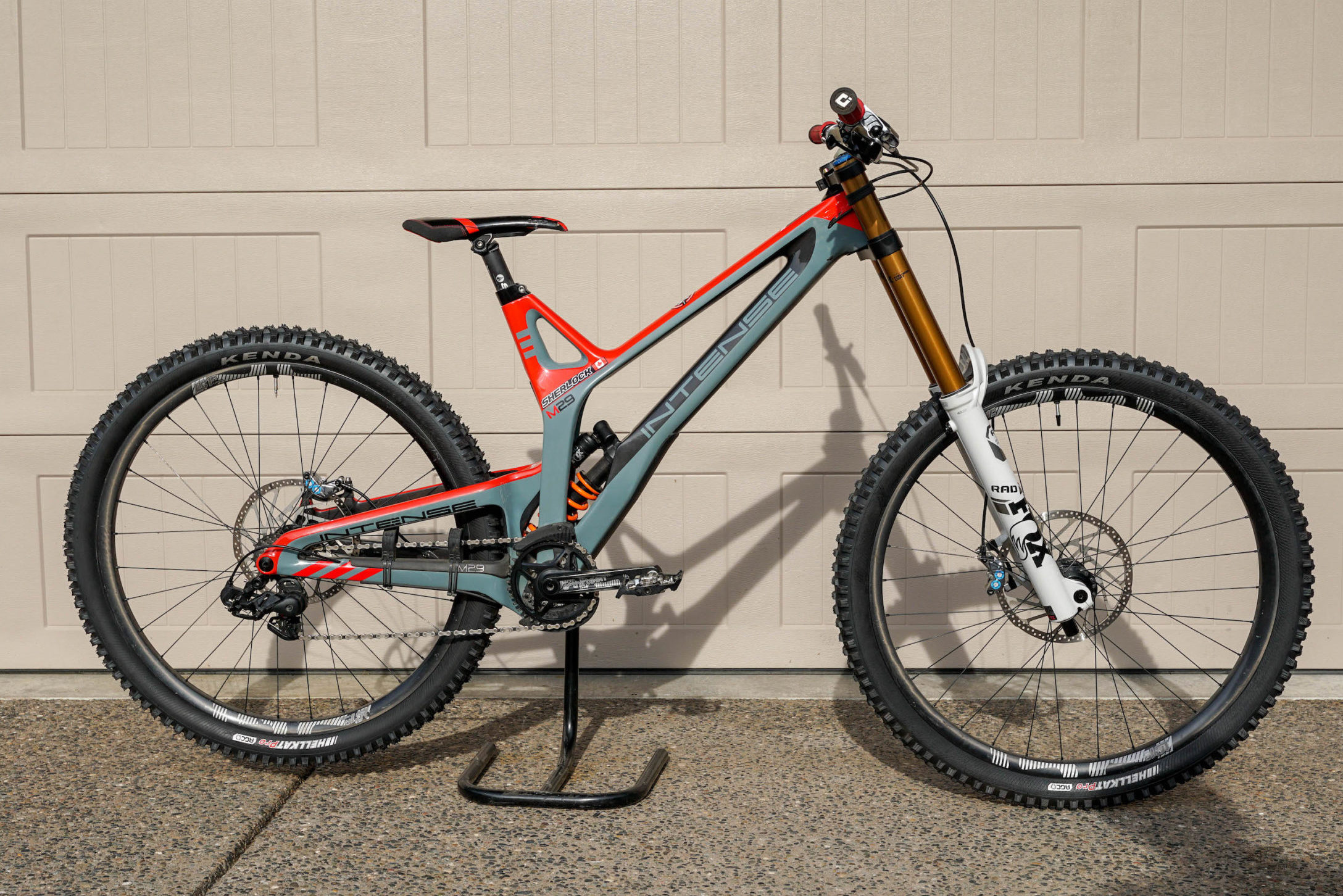 Sherlock is a long-time Intense rider, so the M29’s full carbon fibre frame is already familiar to him. This showed at the Tennessee National Pro GRT at Windrock Bike Park in March. The Pro GRT round was one of the only downhill races to squeeze in before racing was shut down. Sherlock took full advantage, winning the junior men’s race.

As you would expect, the full factory ride comes with a full complement of the top end bling you’d expect from a factory ride. This includes Fox R.A.D. edition suspension. Both Sherlock’s 40 forks and DHX2 shock bear the mark of Fox’s pro-only suspension, which stands for Racing Application Development. There’s full gold Kashima coating on the fox and a nice orange coil on the DHX2, but what’s inside is top secret. 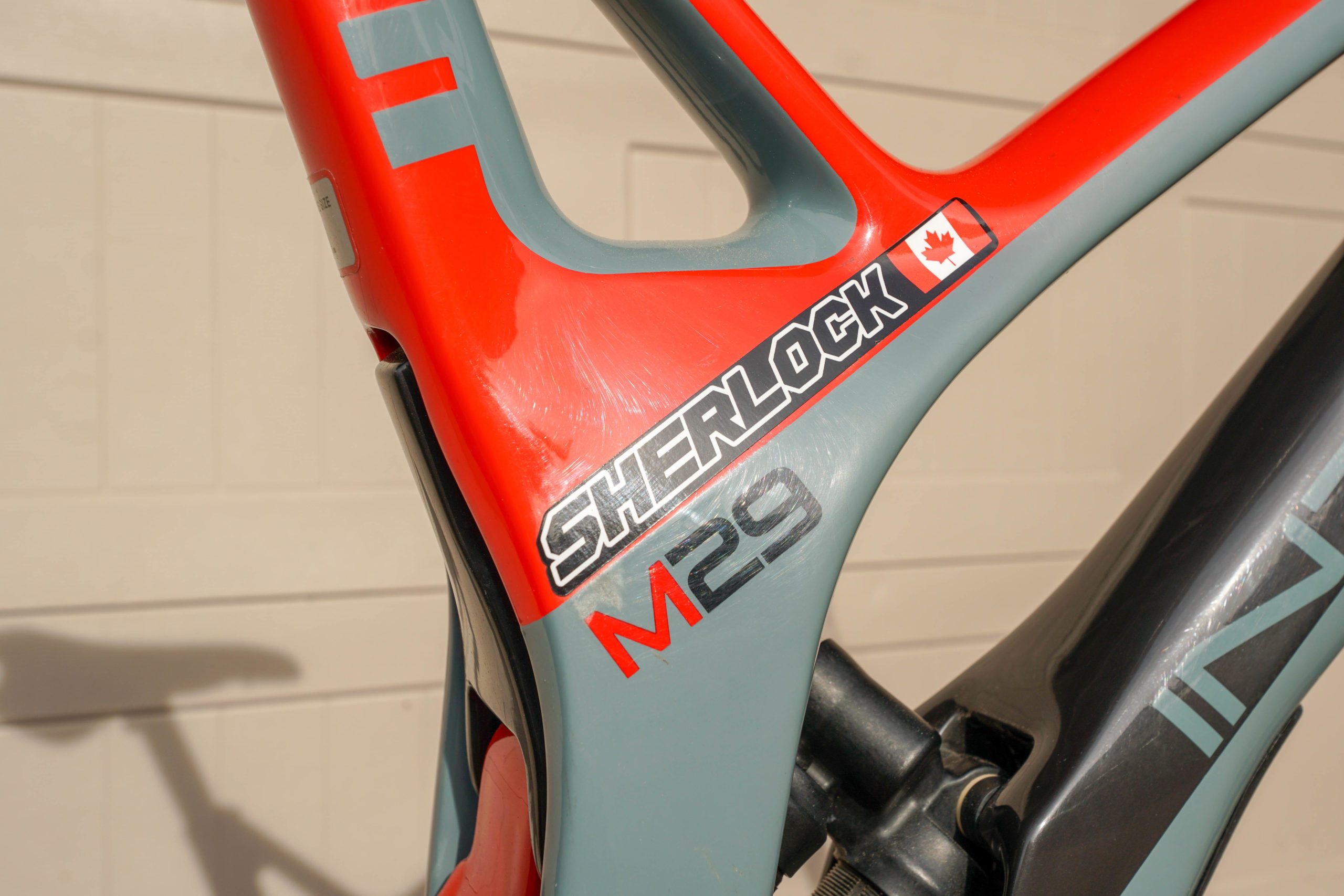 Joining up with Intense Factory Racing earns Sherlock custom labels for his M29, alongside the maple leaf.

The rest of the build includes LG1r wheels and DH-specific drivetrain parts from e*thirteen, and Kenda Hellcat Pro tires. TRP’s 7-speed derailleur and shifter keep Sherlock in gear over the roughest tracks. A carry-over from Sherlock’s years with Kovarik Racing is the double Kovarik STFU chain silencers mounted on the M29’s chainstay.

Renthal’s 35mm bar and stem, TRP G-Spec brakes, HT 2X clipless pedals and one well-worn SDG saddle round out the build on Sherlock’s Intense M29. Click through the gallery below to get into the details: 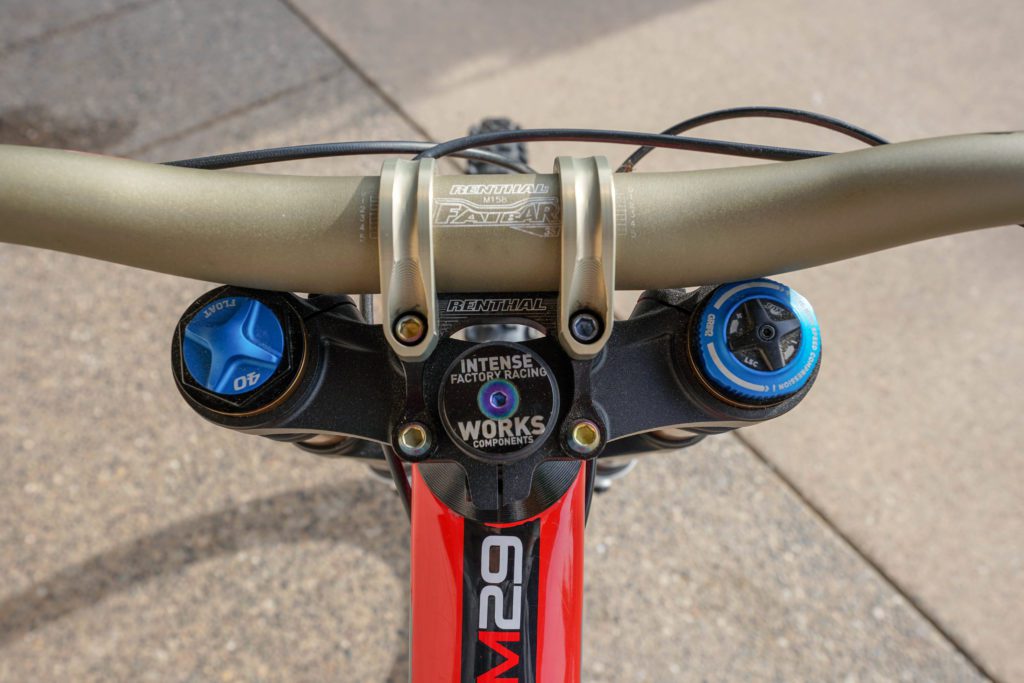 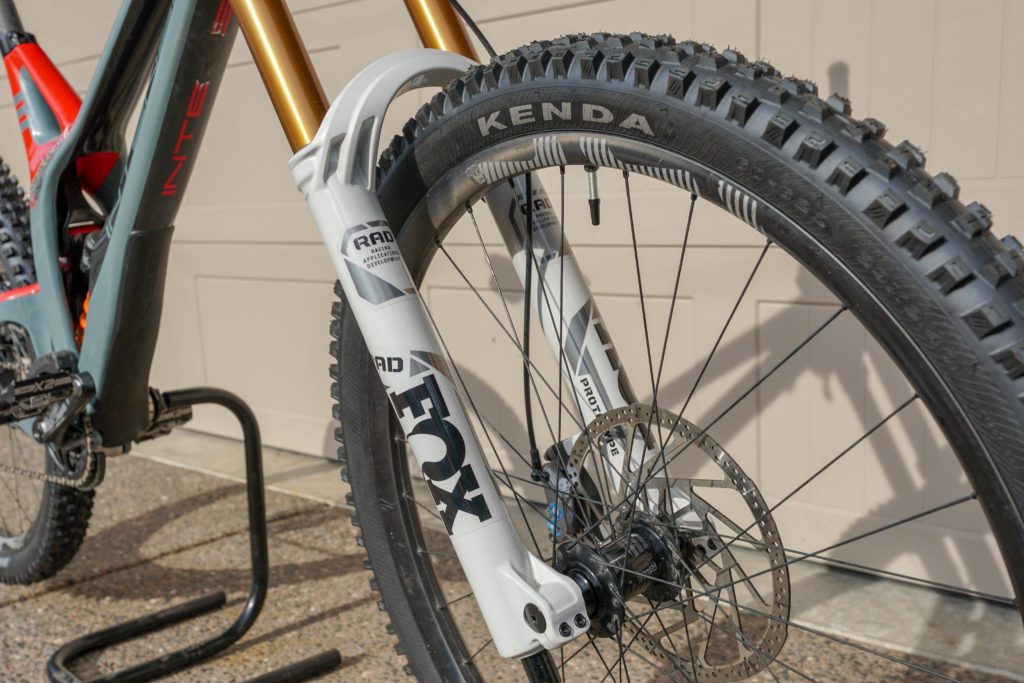 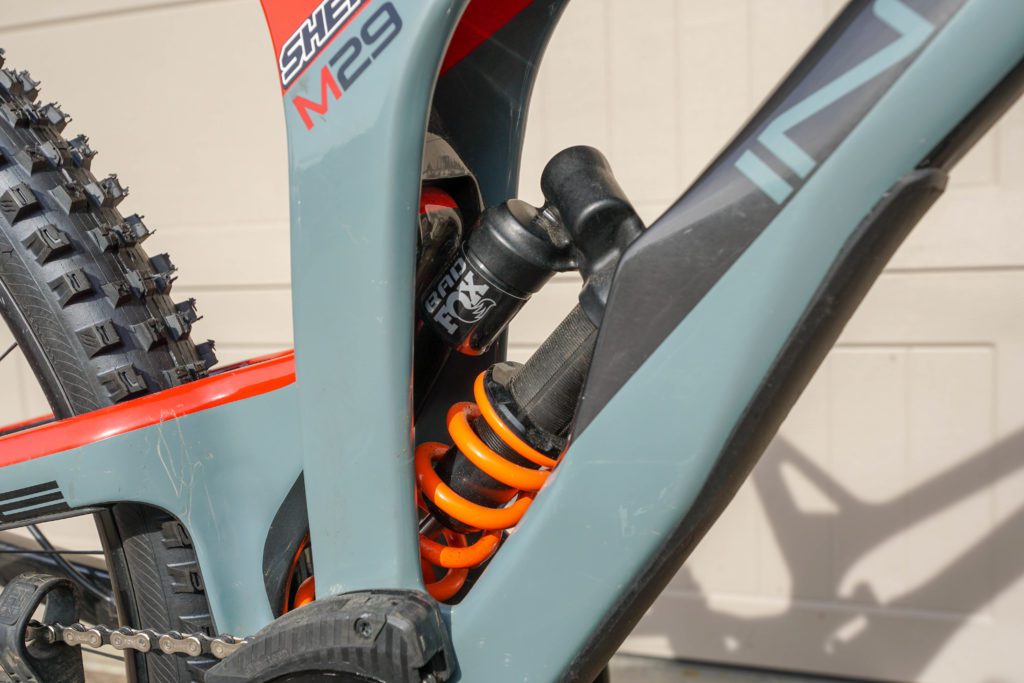 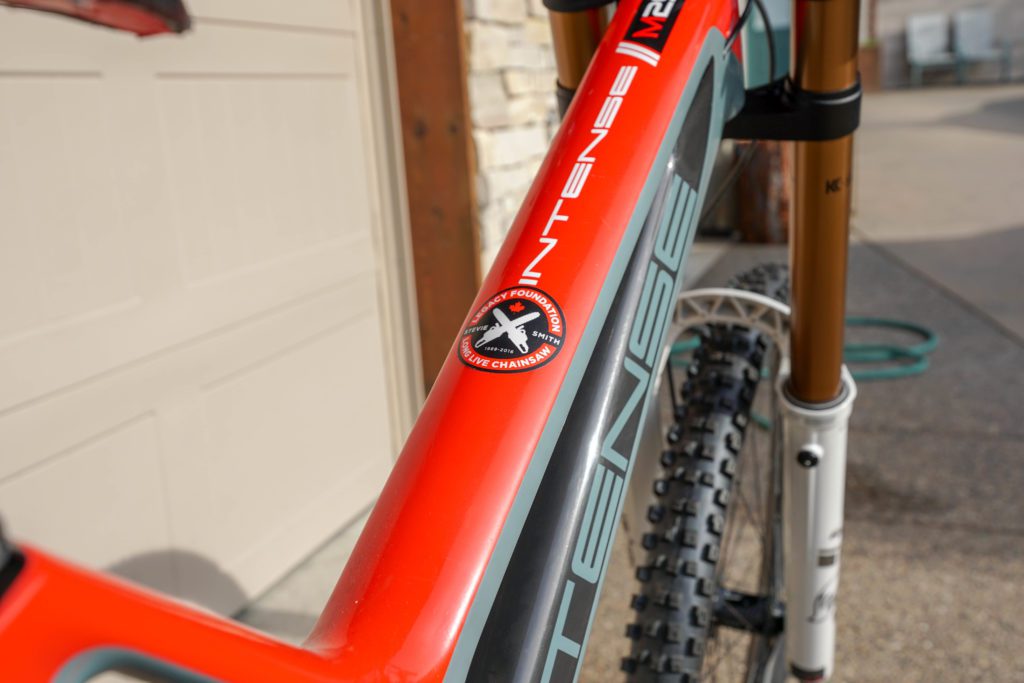 Steve Smith continues to inspire the next generation of Canadian downhillers. #Longlivechainsaw 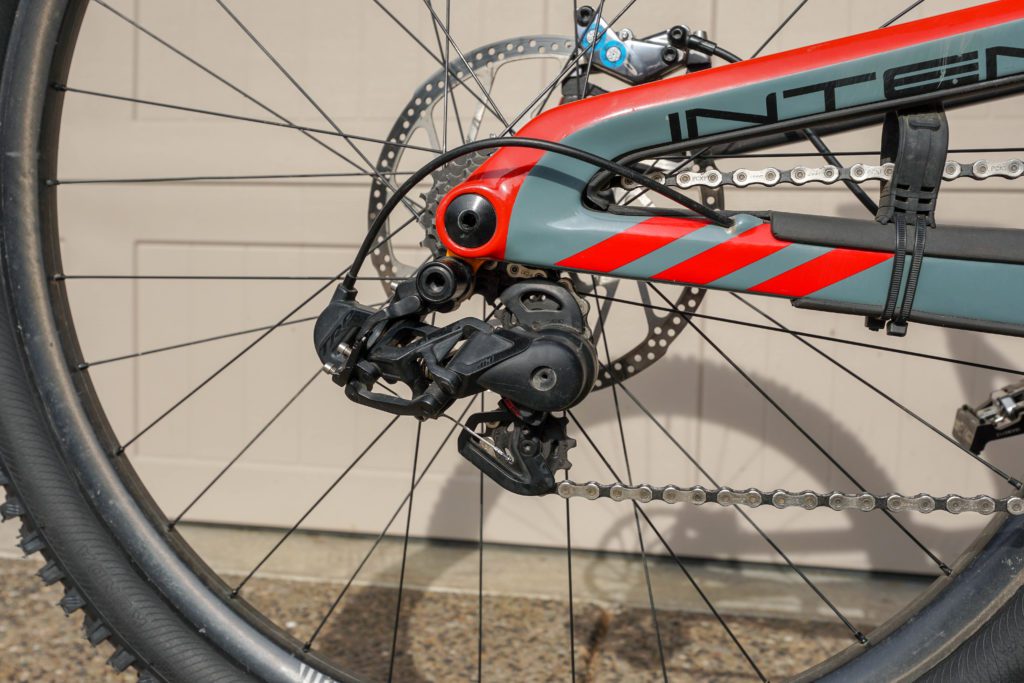 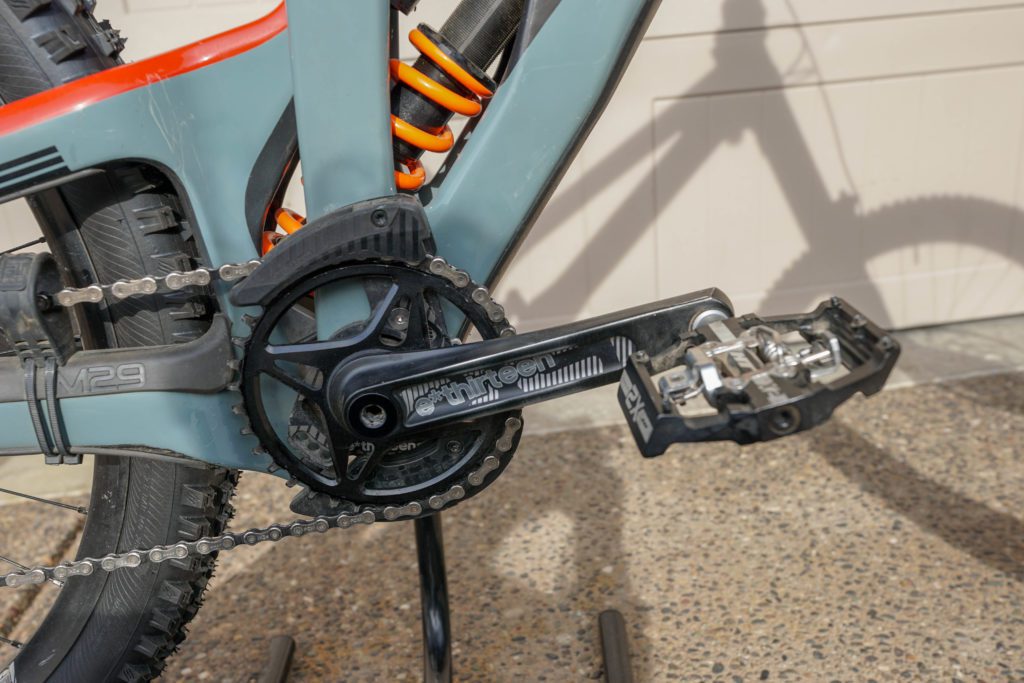 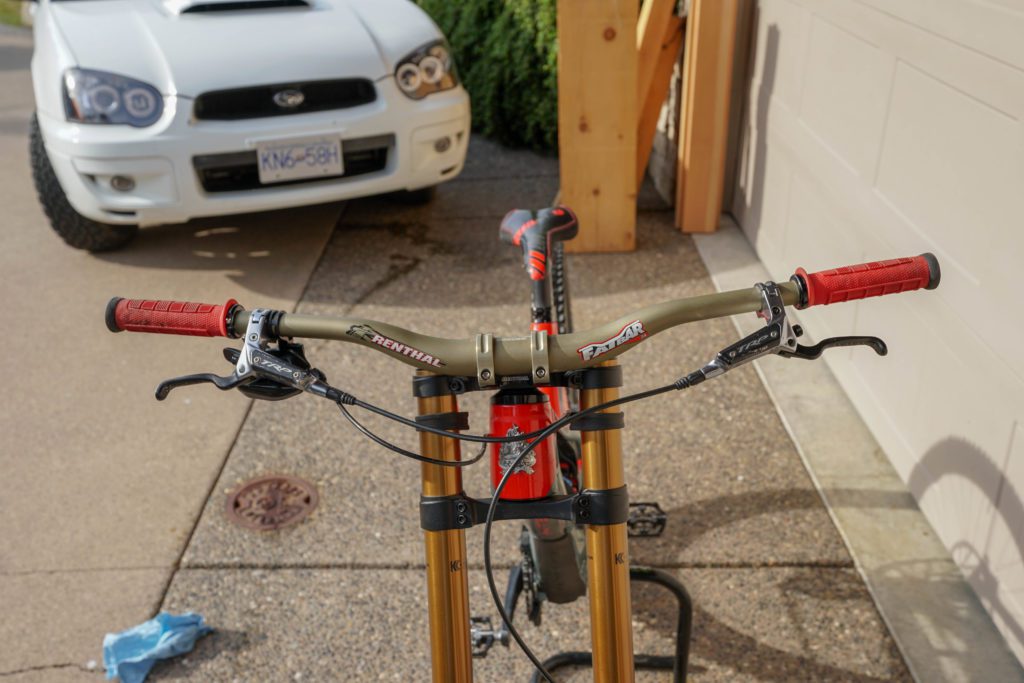 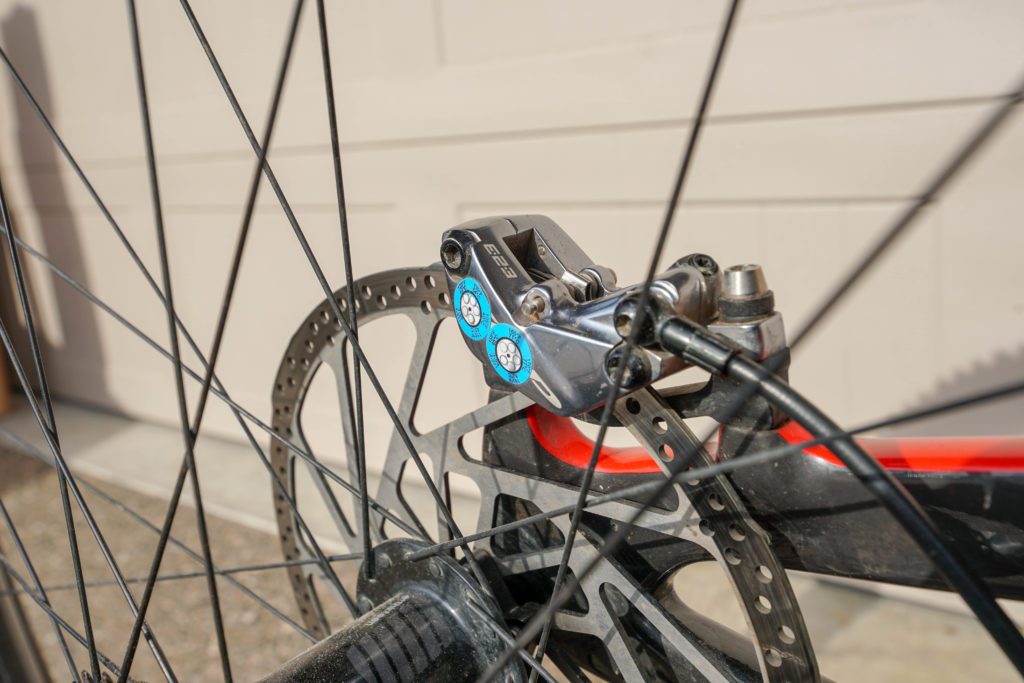 Heat-check stickers tell Sherlock how hot his brakes were during a run. When you're dropping straight down a mountainside for 3-5 minutes, the max temp of 180-deg Fahrenheit seems possible. 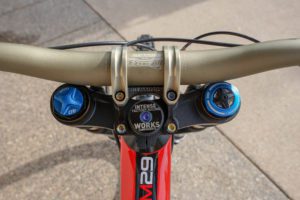 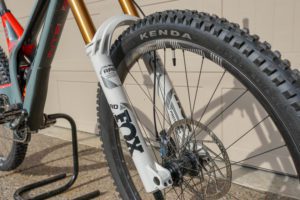 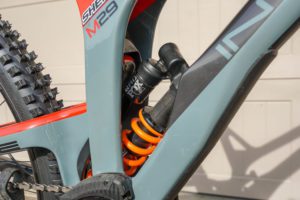 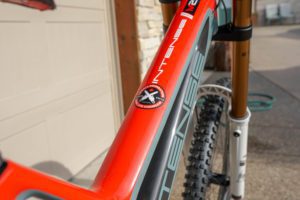 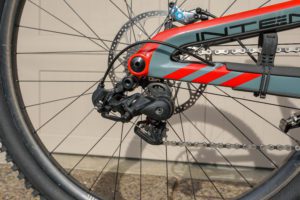 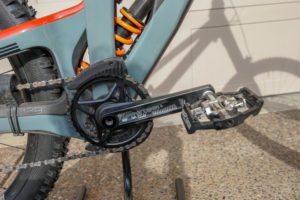 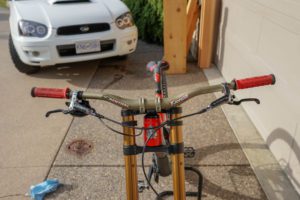 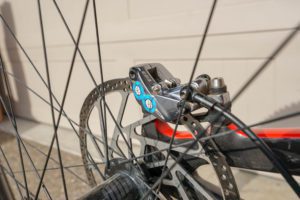