Finn Iles led the Canadian effort as the World Cup downhill series returned to North America this year. The Canadian held on to a top 10 finish in unpredictable conditions, with deep mud and slick rocks making the West Virginia more than a little chaotic. 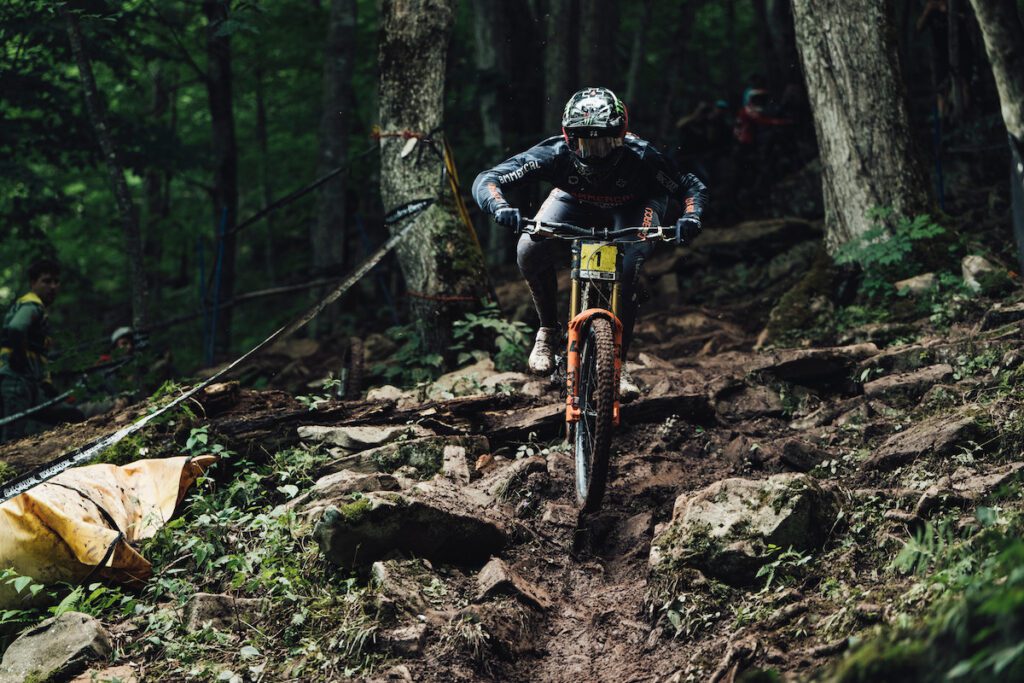 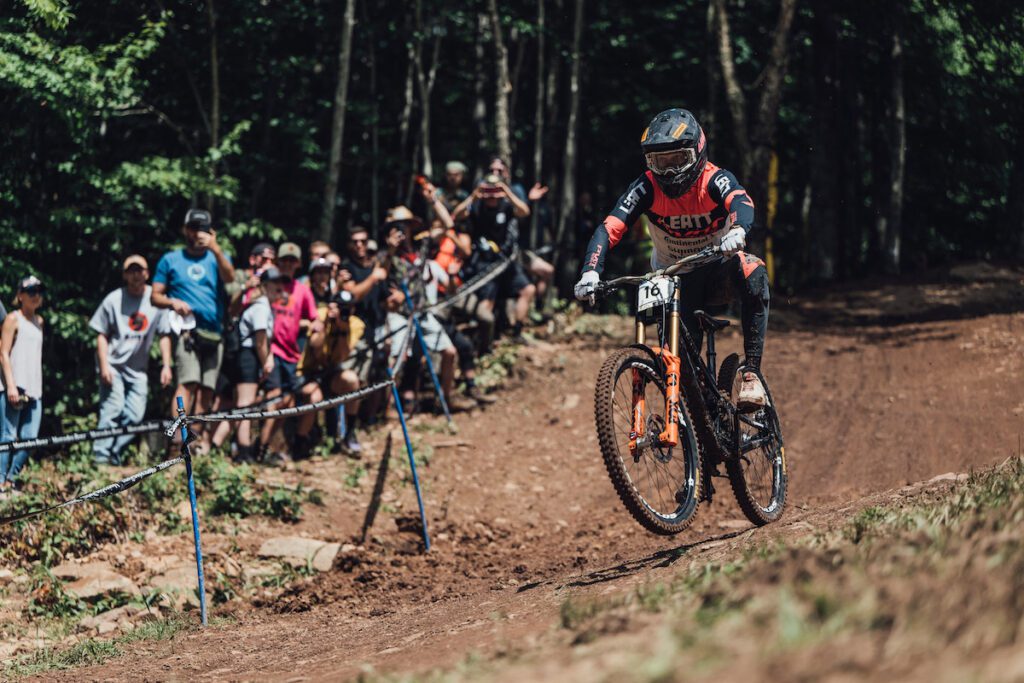 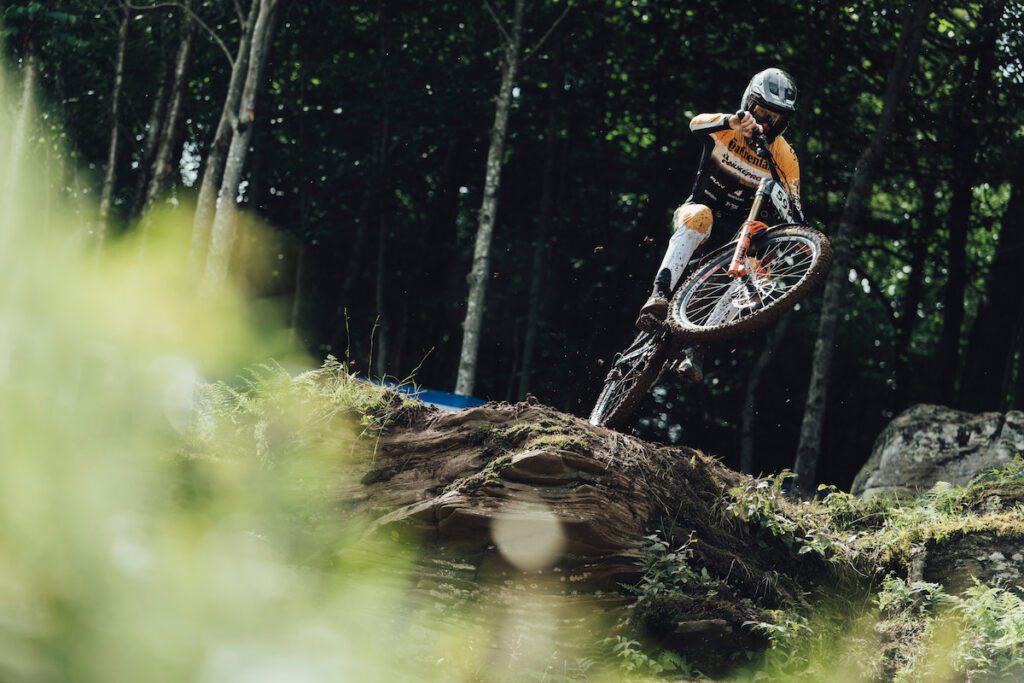 Ronan Dunne makes the trip across the pond worth it, becoming the first elite Irish man on a World Cup downhill podium after his third in West Virginia. 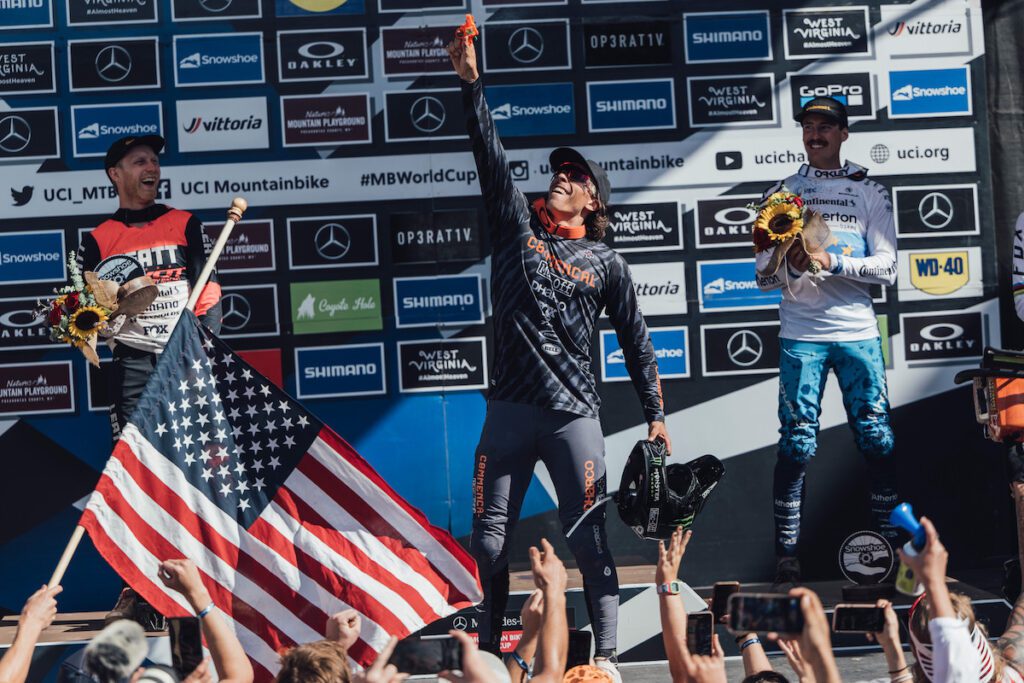 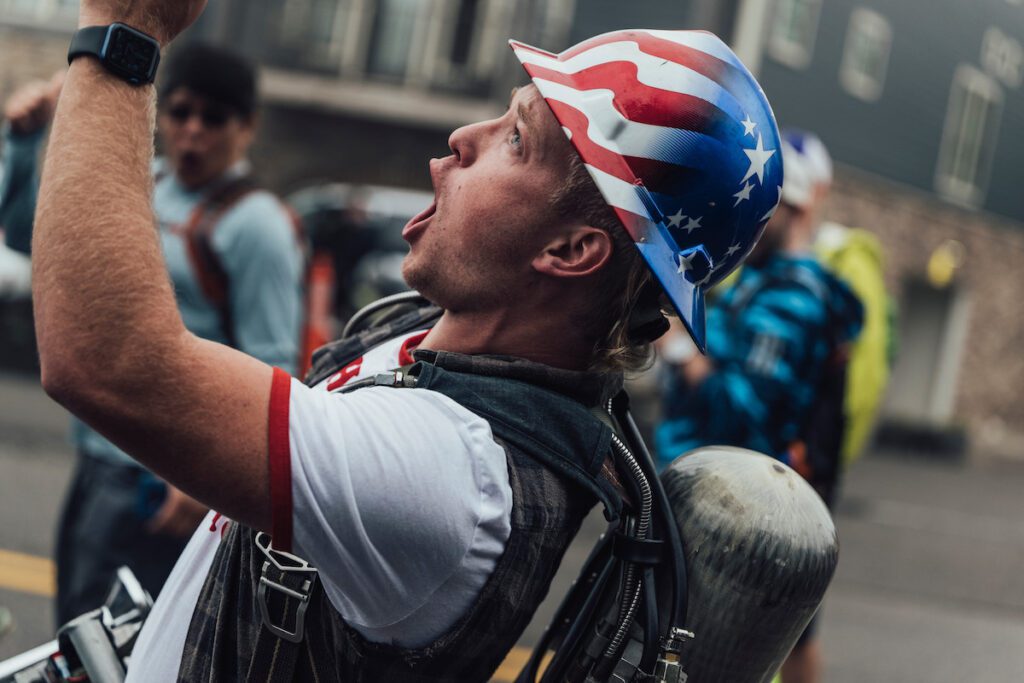 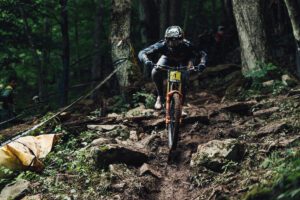 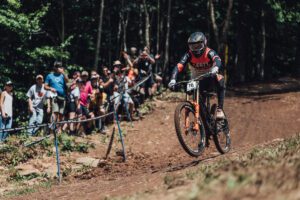 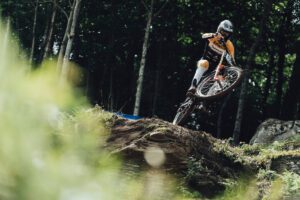 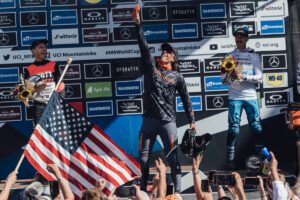 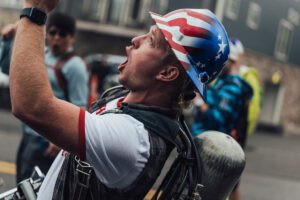 Two men, Amaury Pierron and Greg Minnaar, showed that no matter what the course looked like, they’d find a way to perform.

Amaury Pierron (Commencal/Muc-Off) continued his stellar 2022 season with another win. The French rider was a bit of a question mark going into the weekend, having hit a tree hard in practice two weeks ago in practice for the Andorra World Cup. Pierron just squeezed ahead of Bernard Kerr (Pivot Factory Racing) by 0.414 seconds.

Finn Iles (Specialized) led the Canadian effort in the elite races, finishing ninth. The top-10 finish keeps Iles in touch for the overall, but he now sits third behind Loris Vergier (Trek Factory Racing)with 746 points to the French rider’s 758. Pierron holds a commanding lead, now, with 1180.

On the women’s side, Rachel Pageau was prepared for her first elite final of the year. A heavy crash in practice prevented the Commencal rider from taking to Saturday’s start. 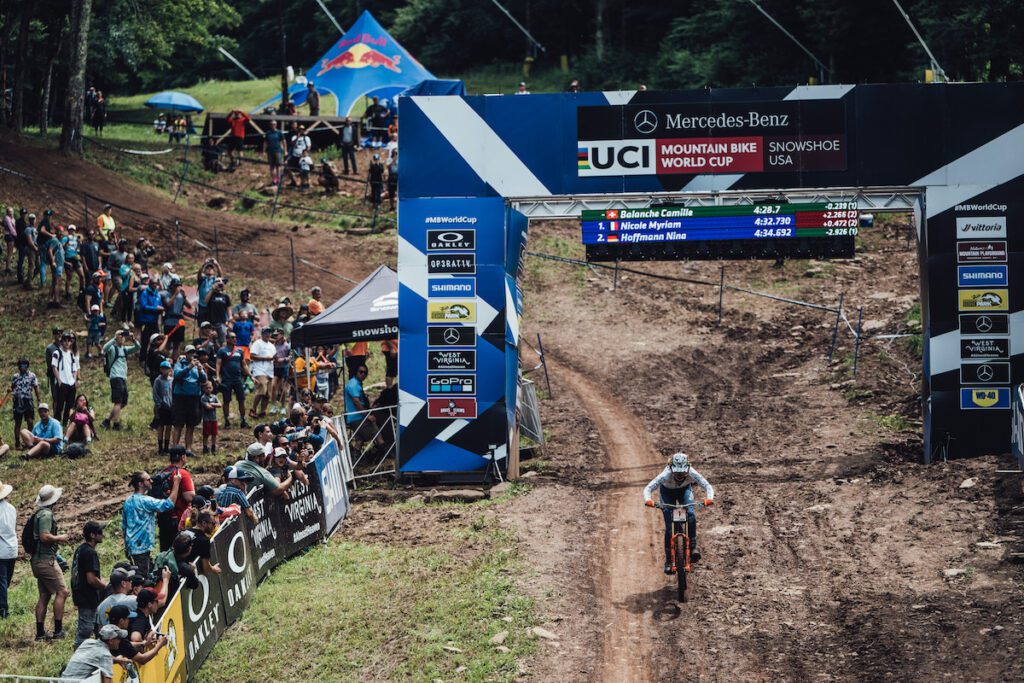 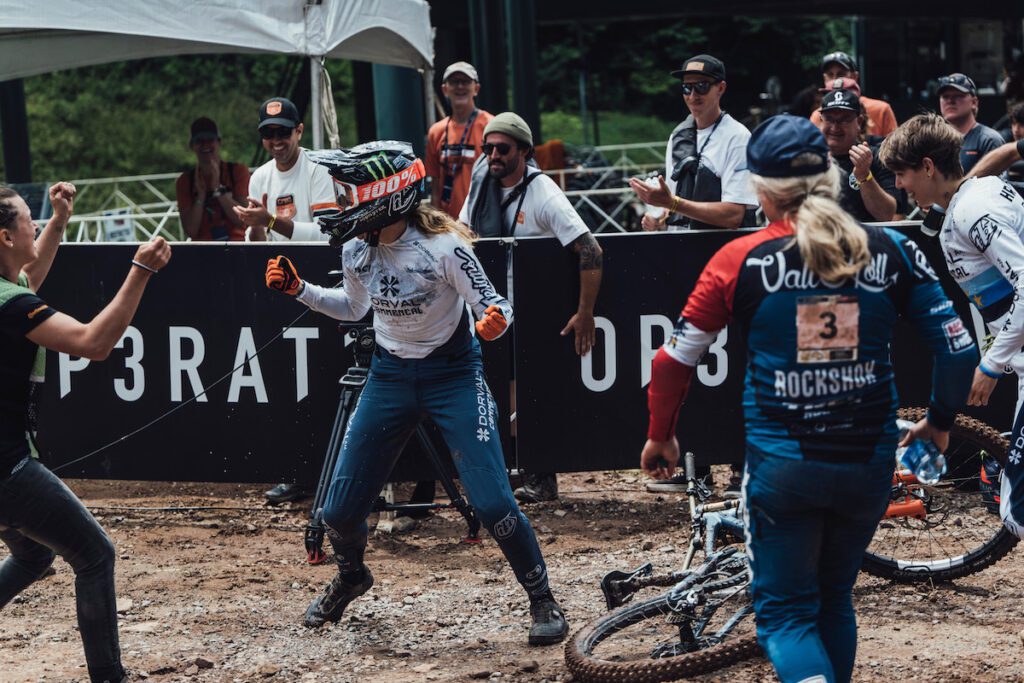 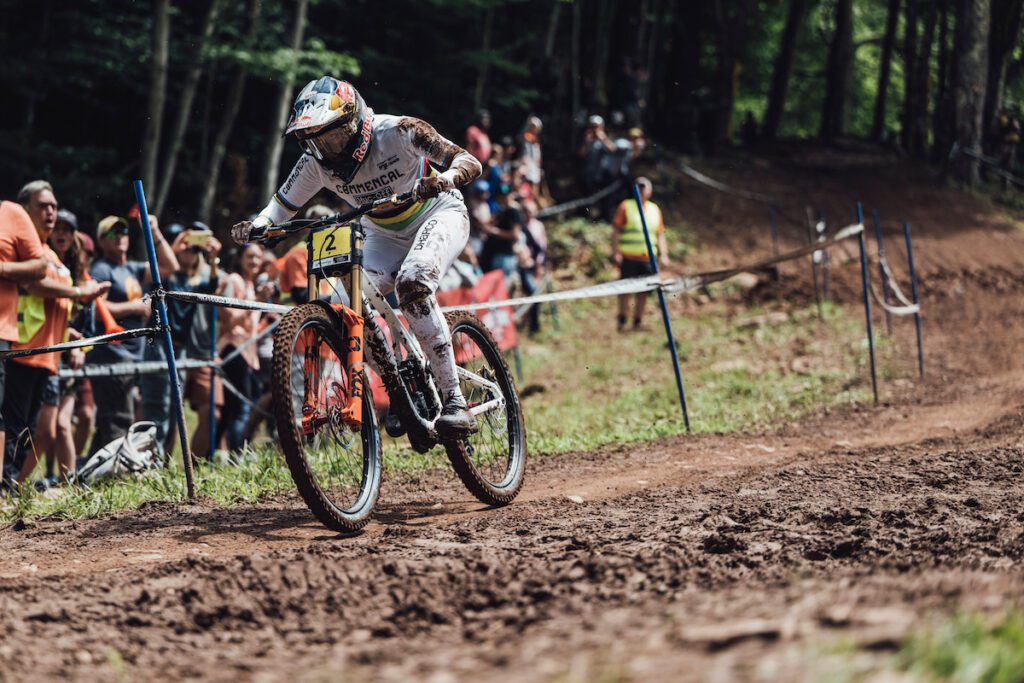 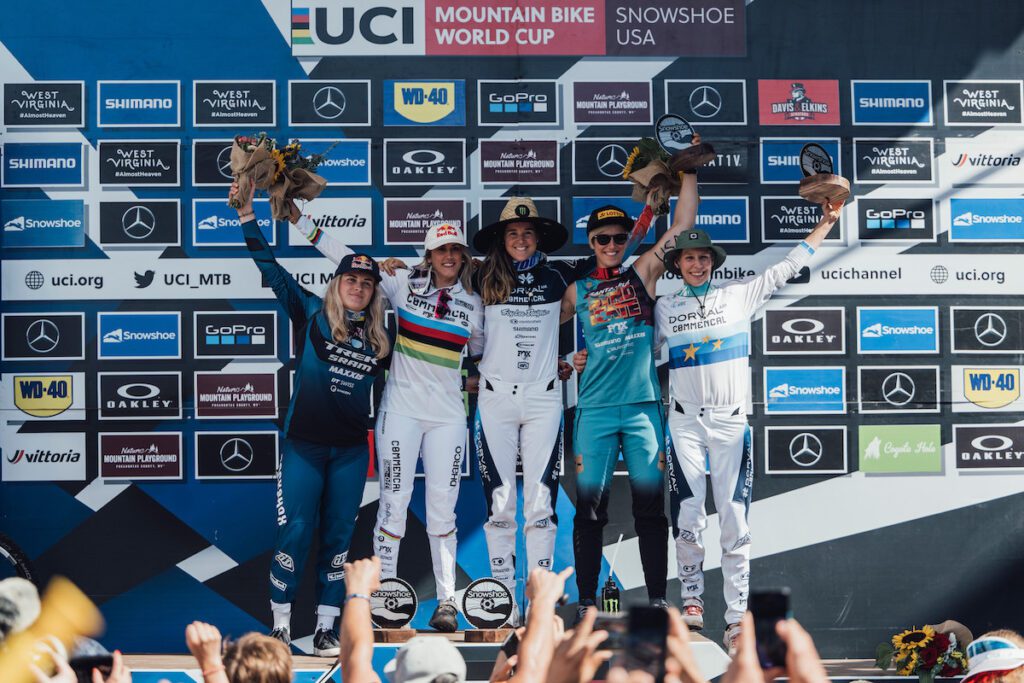 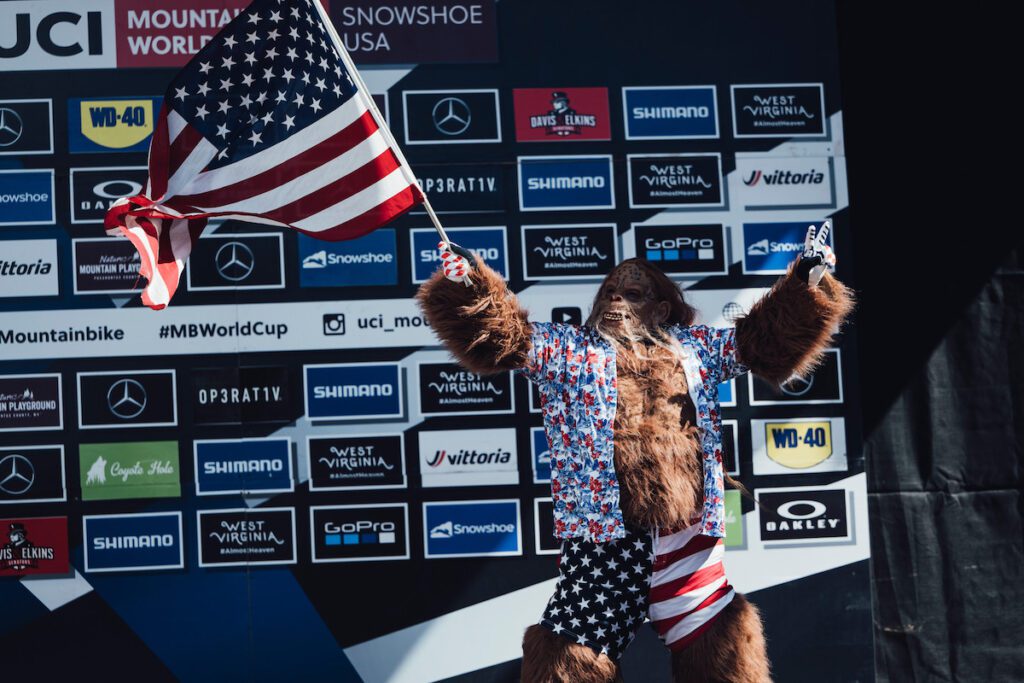 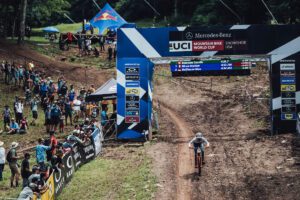 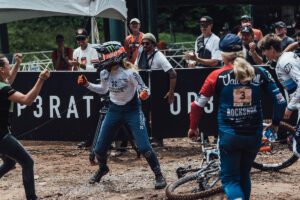 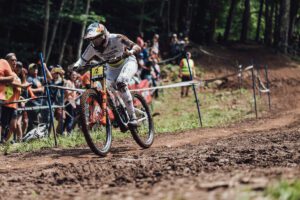 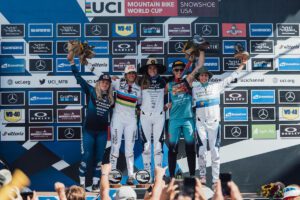 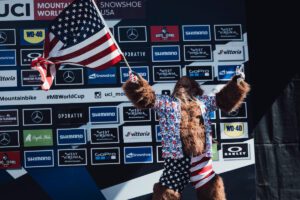 Camille Balanche (Commencal Dorval) proved she could handle and course conditions, taking the win in the U.S.A. by 4.145 seconds. World champion Myriam Nicole (Commencal/Muc-Off) settled for second. The win, Balanche’s third World Cup win this year, propels her further ahead of her rival in the overall standings. She now holds 1335 points to Nicole’s 1105.