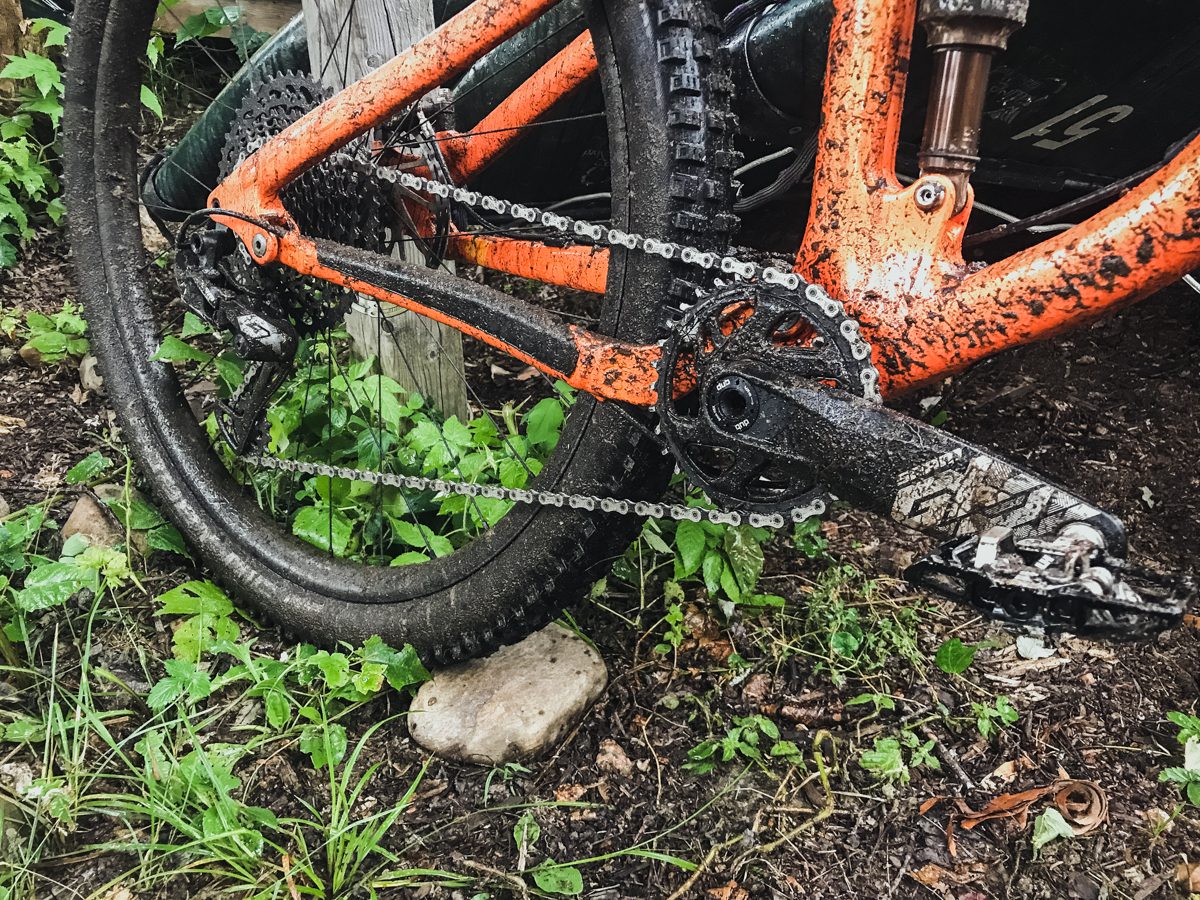 SRAM’s GX Eagle drivetrain reverberated through the bike industry like the aftershock of a powerful earthquake when the affordable version of the 12-speed Eagle 1x system launched. The top-shelf XX1 group had shown the potential of wide-range 1x drivetrains. GX Eagle opened same technology that helped Nino Schurter to an Olympic gold medal and perfect World Cup season to a much wider audience. GX Eagle doesn’t come with the same gold medal price tag what Schurter rides, so when I need a drivetrain to put on my Norco Optic, GX was at the top of my list. 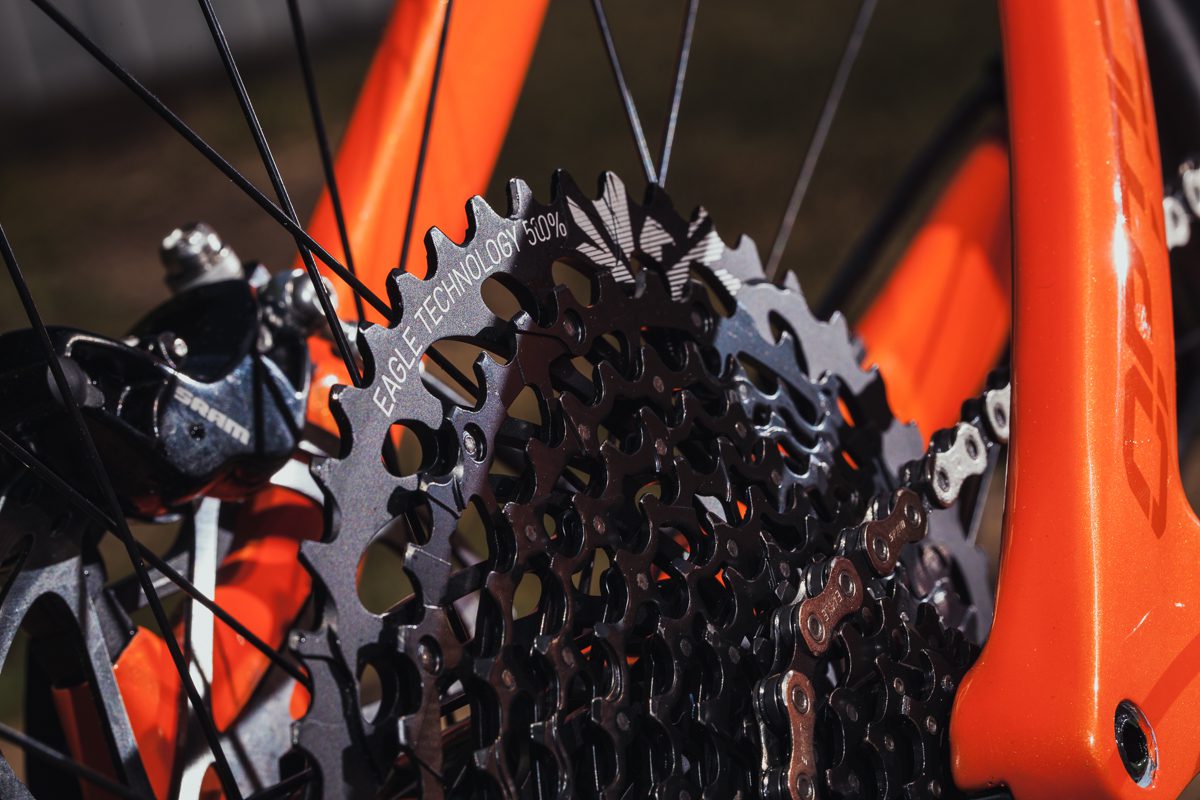 Ok, well XX1 Eagle was really at the top of my list but, considering I would be using the drivetrain to tackle the seven day Quebec Singletrack Experience, I decided something a little less expensive would help balance out the cost of entry fees, travel, and the inevitable post-race fermented recovery beverages. A full week racing on Quebec’s best trails would kick-start the GX Eagle test to see if the affordable 1x option would live up to the Eagle name. 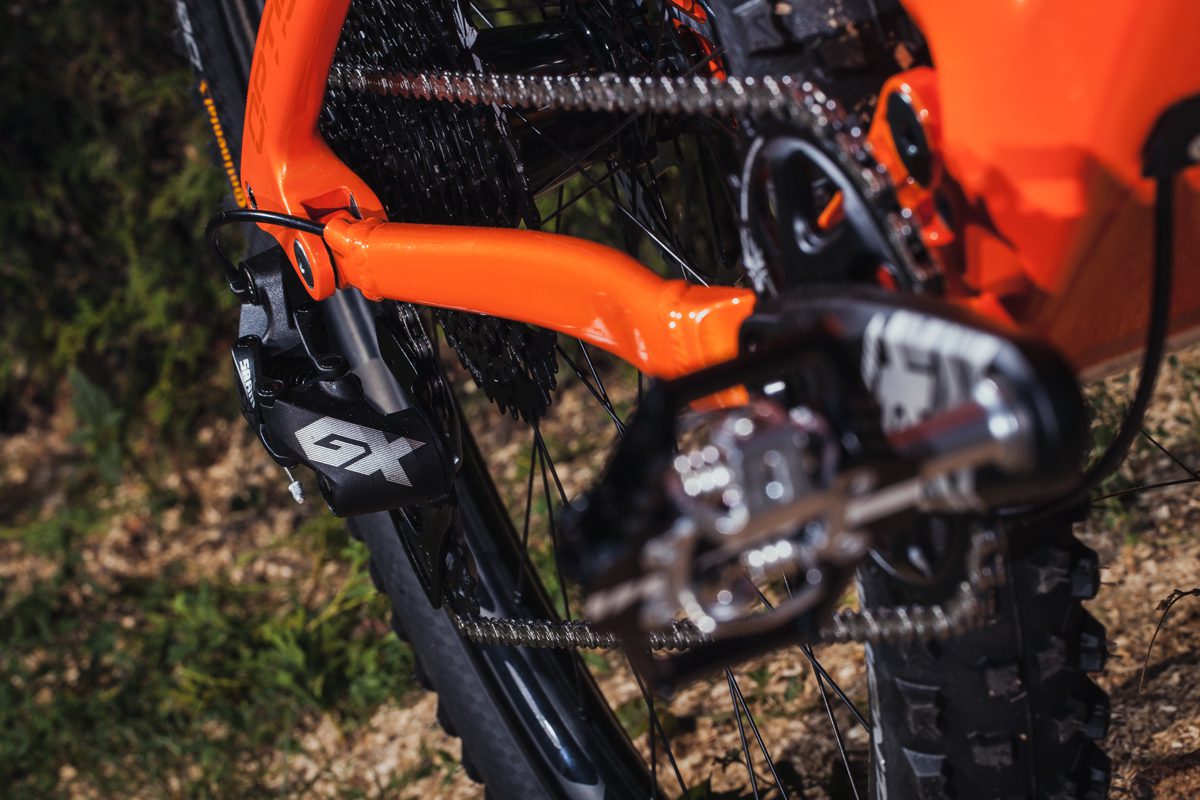 SRAM is now offering the GX drivetrain in their DUB bottom bracket configuration. The DUB system uses a plastic sleeve, bearing covers, and a few O rings to help fully seal the BB from any moisture. This was a great feature for a seven day stage race. The last thing I would want to be doing at the end of a 40km stage was replacing creaky bearings while everyone else is recovering for the next day. 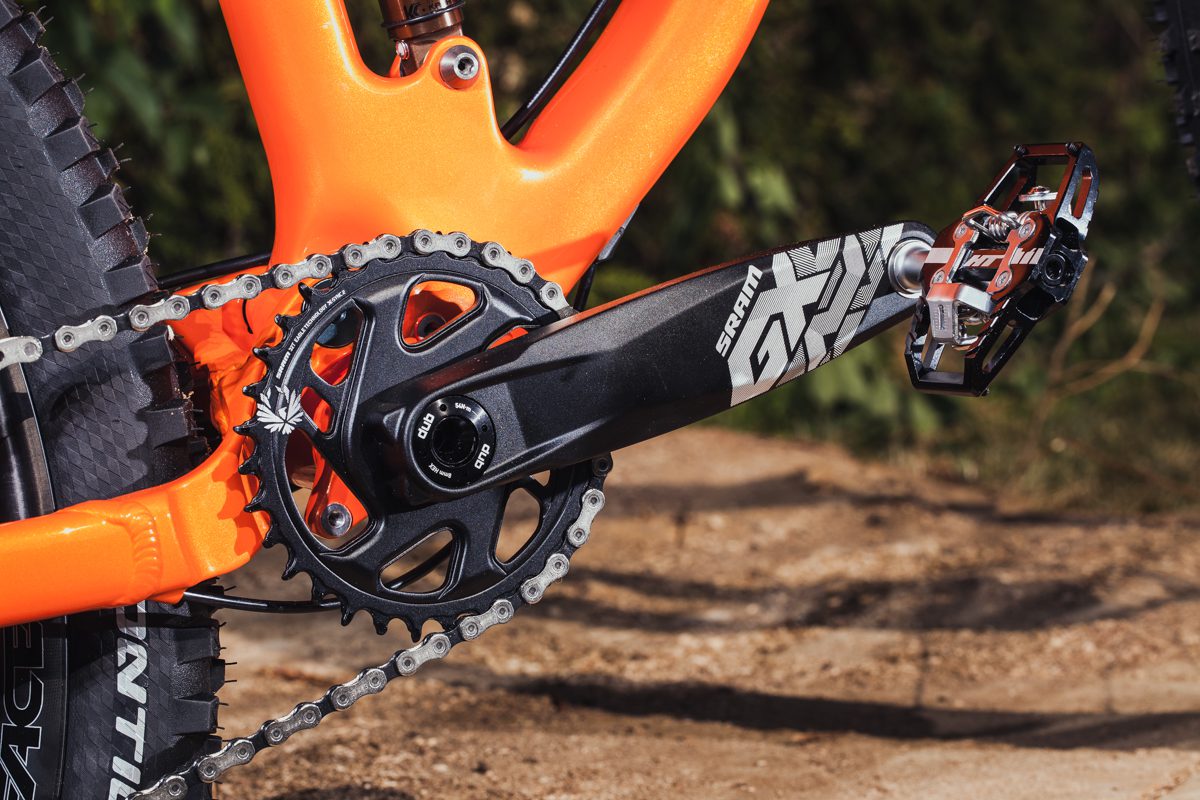 Installing the GX drivetrain was pretty straight forward. Using a bearing press I fitted the BB cups into the frame with the plastic sleeve fitted in the middle. Then I installed the BB bearing caps that interface with the cranks. Finally, the crank cinches down via a driveside crankbolt and seals everything from the elements.

The GX 10-50t cassette uses an XD mount that I threaded onto a Race Face Vault hub. After sizing the chain, clamping the shifter to the bars and running the full cable/housing internally through the Optic’s frame I could start on shifting. This is where things get a little tricky. In order to allow the GX derailleur to reach the big 50t cog you need to adjust the b-tension properly. SRAM provides the b-tension guide tool to help you with this process. *Warning* you may need help compressing your bikes suspension while measuring and setting the b-tension. Once the b-tension was sorted out a few barrel adjustments later, I was shifting smoothly through the cassette’s full range.

SRAM GX Eagle on the trail 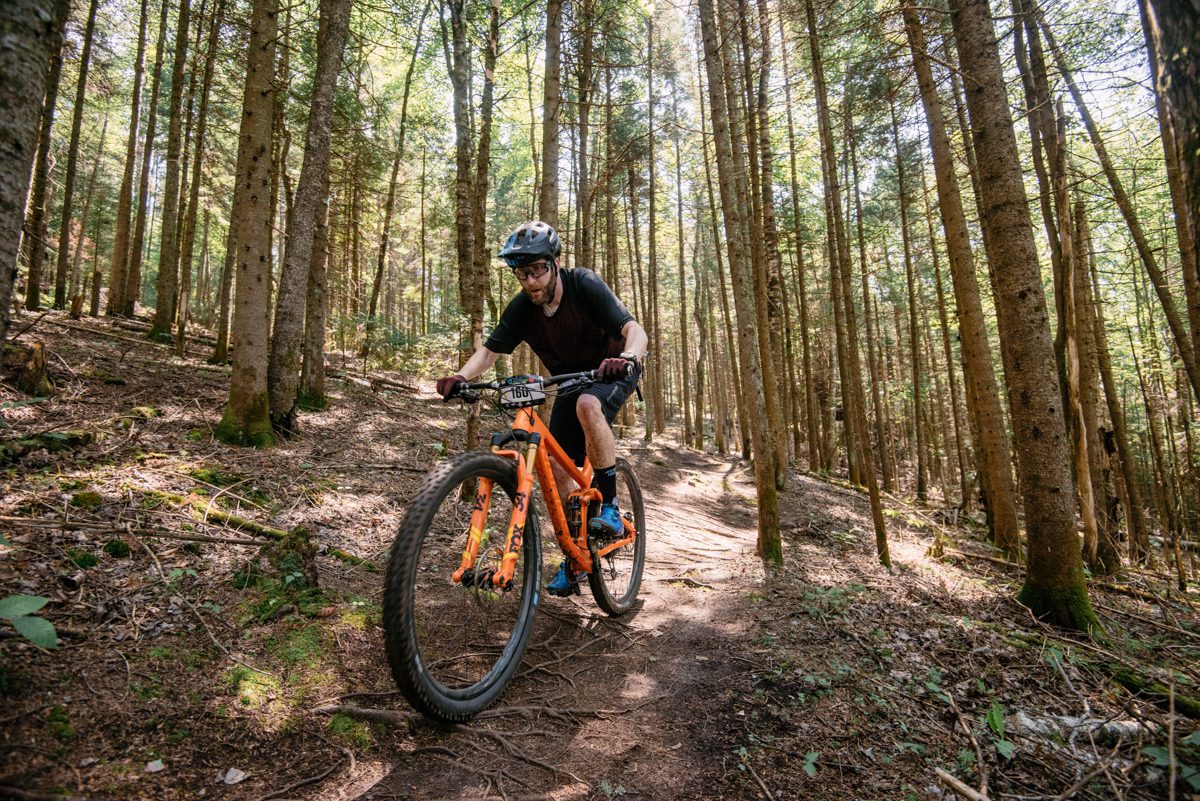 I did manage to get some rides in before the race, and was not surprised with how the shifting felt. Coming from riding SRAM’s GX 11- speed group, GX Eagle has familiar feel at the lever. Shifting felt typically SRAM, with a slightly longer lever throw and a very positive click. You are never left wondering if your chain made the jump to the next cog. I did notice that when shifting in the lower gears there was a bit more resistance at the lever than shifting through the high gears. Something not present with the 11 speed GX, but also something that didn’t hinder the shifting performance. After a few training rides and some minor tweaks to accommodate cable stretch I was confident come race day I had chosen the right tools for the job. 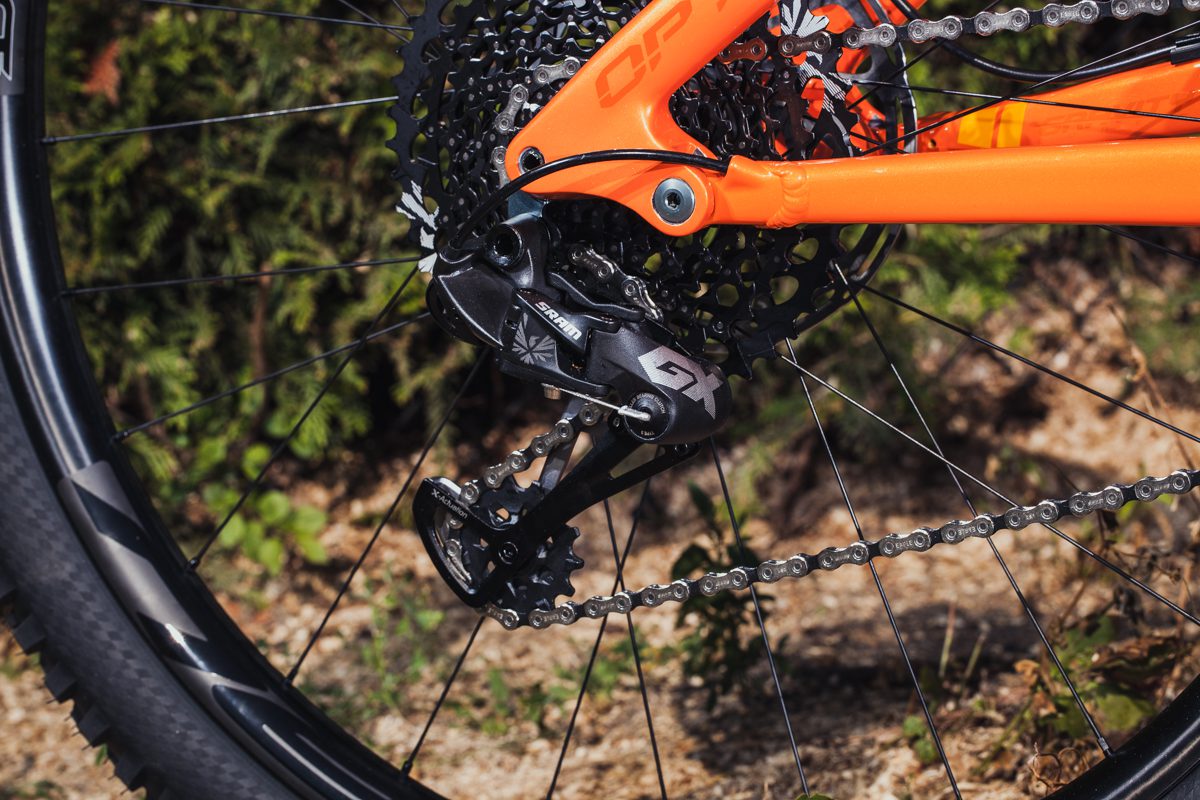 I really can’t overstate that wide range 1x drivetrains are the way to go. I’m not a full on xc racer type who looks forward to climbs. I tend to go downhill faster than up, so I really appreciate being able to pace myself and spin up extended steep climbs. The Quebec Singletrack Experience has a lot of extended steep climbs! Over a week of racing, I logged a lot of kilometers in the 50t cog, and would have done a lot more walking without it. If I ever doubted the 500% range of a 1x system this race was proof to me that a 1x drivetrain has more than enough gear range to accommodate elites and intermediate riders alike. 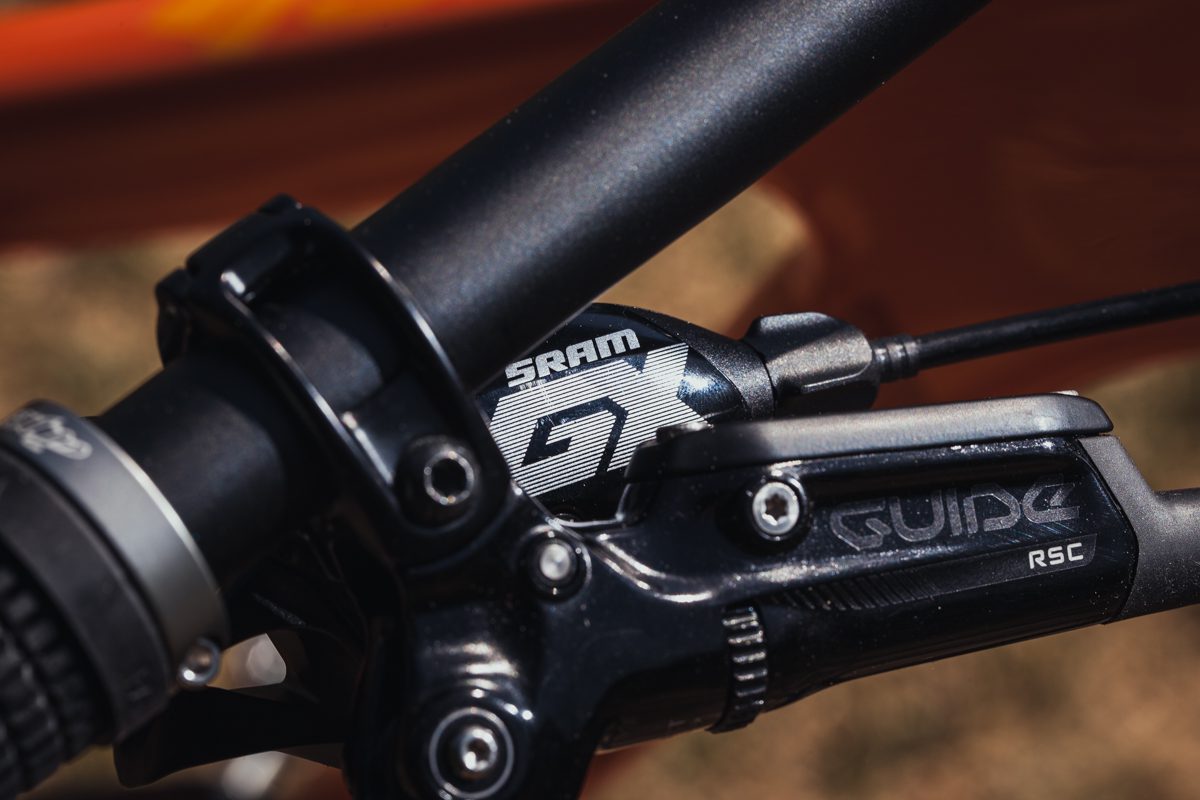 Even though I wasn’t smashing climbs or racing for the win, I was still hoping to finish with a good result. I found myself racing for position on some stages in tight singletrack where shifting was critical. Dumping multiple gears while turning into a climb is always a test for shifting performance. I could sweep the GX shift lever up to four gears without any skipping or grinding before finding the proper cog. This was also aided by SRAM’s matchmaker shifter/brake mount. I was able to customize my hand position perfectly to be able to both brake and shift at the same time. It seems like a simple task, but with bars getting cluttered with lockouts and dropper remotes it can sometimes be difficult to find the perfect fit.

And then the rain arrived … 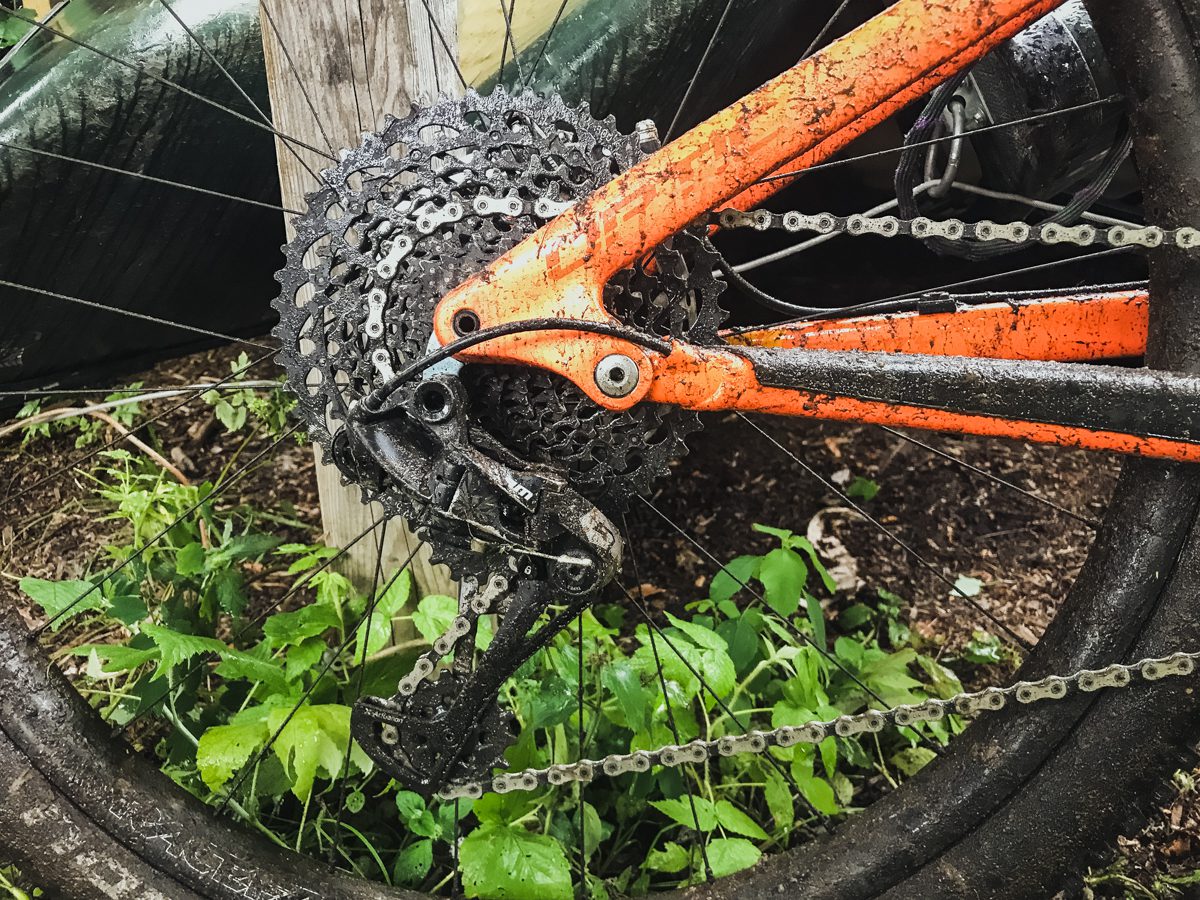 Over the QSE’s first two stages I can honestly say I didn’t really notice much about the drivetrain. It just worked. Personally I think when you forget about your bike and don’t need to think about how it’s working is when you ride the best, and the GX Eagle wasn’t giving me anything to worry about. Then a monster deluge soaked racers on Stage 4. Even then, I wasn’t worried so much about the drivetrain but rather what the pouring rain could do to it. My worries were quickly washed away just like all the mud I eventually cleaned from my bike. A whole 20km of technical muddy riding and I didn’t miss a shift. I sprayed the whole drivetrain with a hose, re-lubed the chain and set it aside for the next day.

Stage 5 and most of stage 6 saw little to note other than more smooth shifting. Then the heavens opened again near the end of stage six. Not only was it pouring rain, but the area had a rough dirt/sand mixture that was slowly accumulating on my bike. Eventually, the rain washed what little lube I had left on the chain and the cogs were covered in grit and grime. Just pedaling along I could hear the sand grinding with every pedal stroke. However, even though I was cringing at the noise of each revolution and gear change, the GX derailleur didn’t miss a shift. After some more rinsing and lubing post messy stage 6, stage 7 was dry and the drivetrain again performed well with no issues. 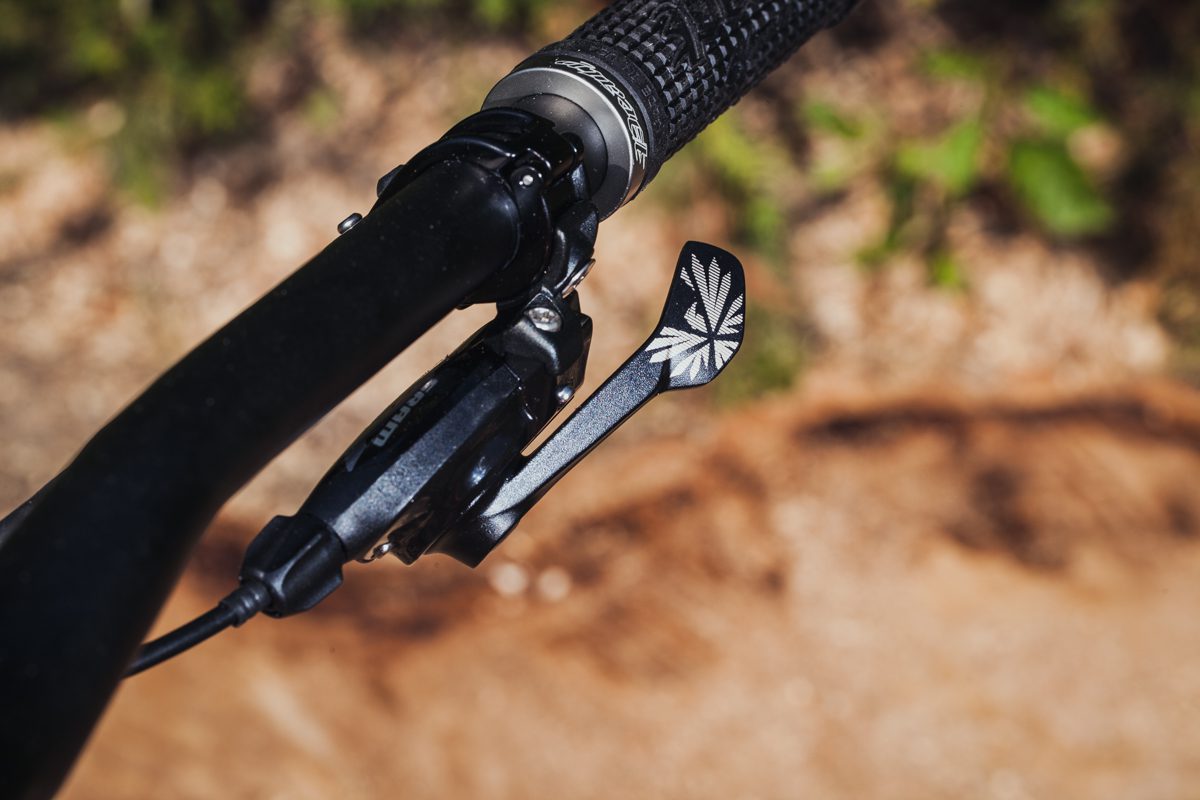 Through the whole seven-day race, and for 400km or riding since I have yet to drop a chain. Even crashing through sections of the Mont-Sainte-Anne DH course couldn’t unseat the chain. During a transfer between stages, the derailleur was bumping against other bikes hard enough to scratch off some paint, but still shifted true and smooth.

I’ve made a few minor barrel adjustments to accommodate cable stretch, but other than that and some cleaning, the system has performed well with zero maintenance. SRAM’s GX Eagle group may not have the super smooth shifting and light weight numbers of higher end XX1 and XTR groups, but it offers all the same range and technology in a durable and reliable package, especially when you choose the DUB configuration.