Trek is rolling out a new top end for it’s Rail eMTB line. The new Rail 9.8 and 9.9 uses a different motor and larger battery, but also have updated, Slash-inspired geometry.

With this release, Trek effectively splits the Rail line in two as the Rail 7, 8 and 9.7 remain unchanged. 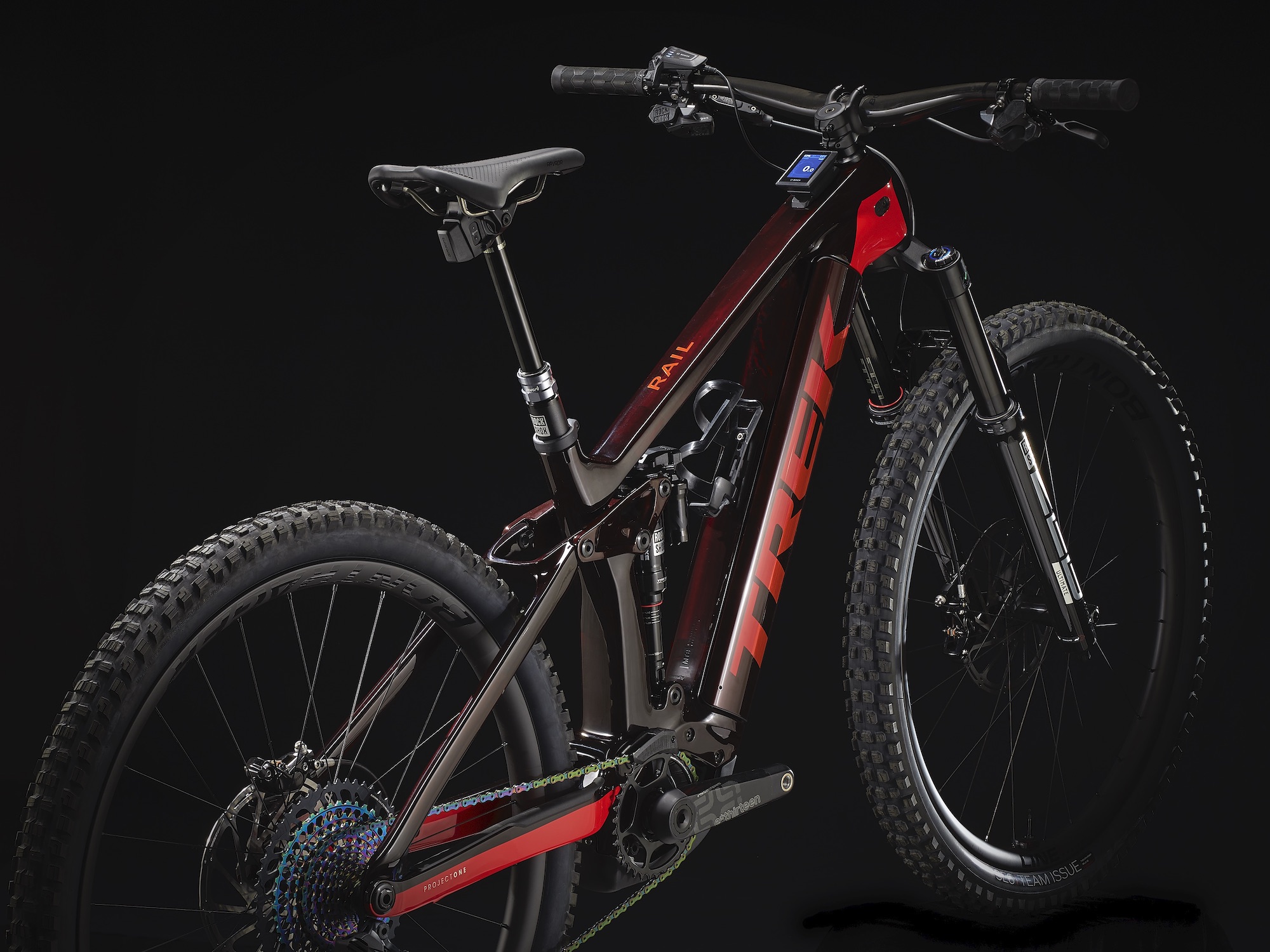 Trek’s Rail redesign is clearly inspired by the Madison, Wisc. brand’s updates to the Slash for 2021. With 150-mm travel out back and beefy 160-mm forks, having the eMTB taking design cues from the enduro rig makes sense. There’s a sizeable growth in reach, on average 19mm per size, along with a straighter, two-degree steeper seat tube angle for more comfortable climbing.

Trek beefs up the fork crown lowers to 1.8″ and the dropper post to 34.9mm. The Rail also borrows the Slash’s KnockBlock 2.0 system, with its wider 72-degree sweep (compared to 1.0’s 58-degree sweep). Like on the Slash, the KnockBlock 2.0 system is removable, and the fork crown will clear the downtube, but Trek still recommends leaving it installed to prevent bar mounted controls from contacting the frame in a crash. 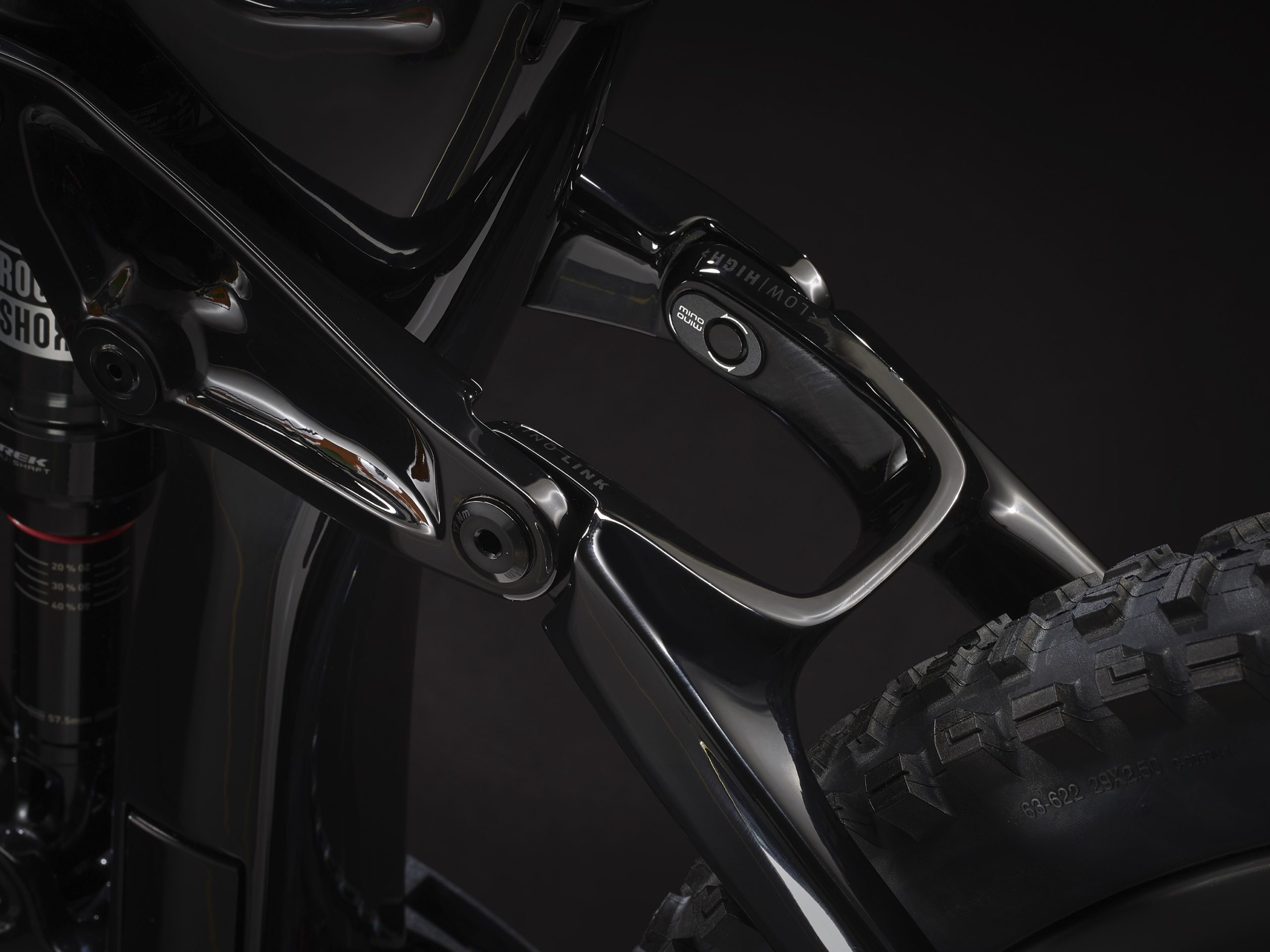 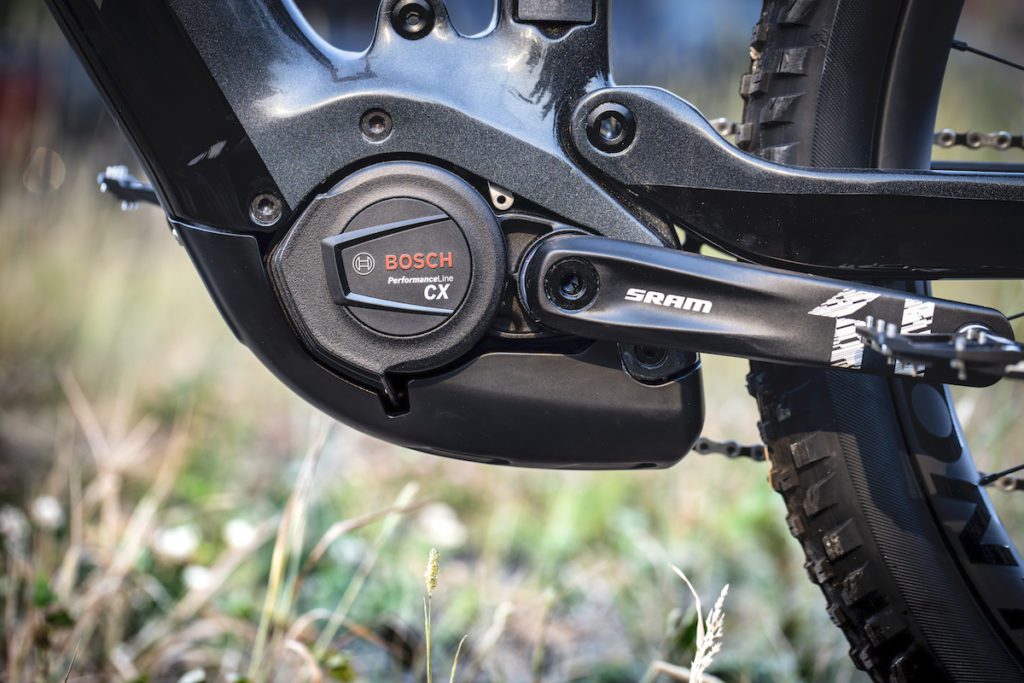 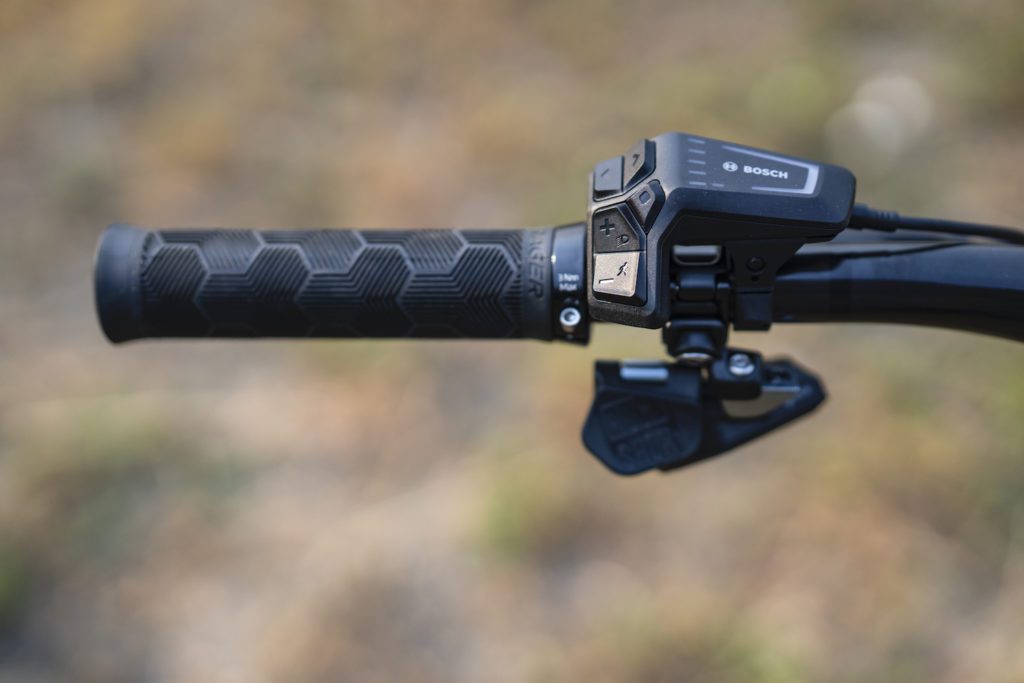 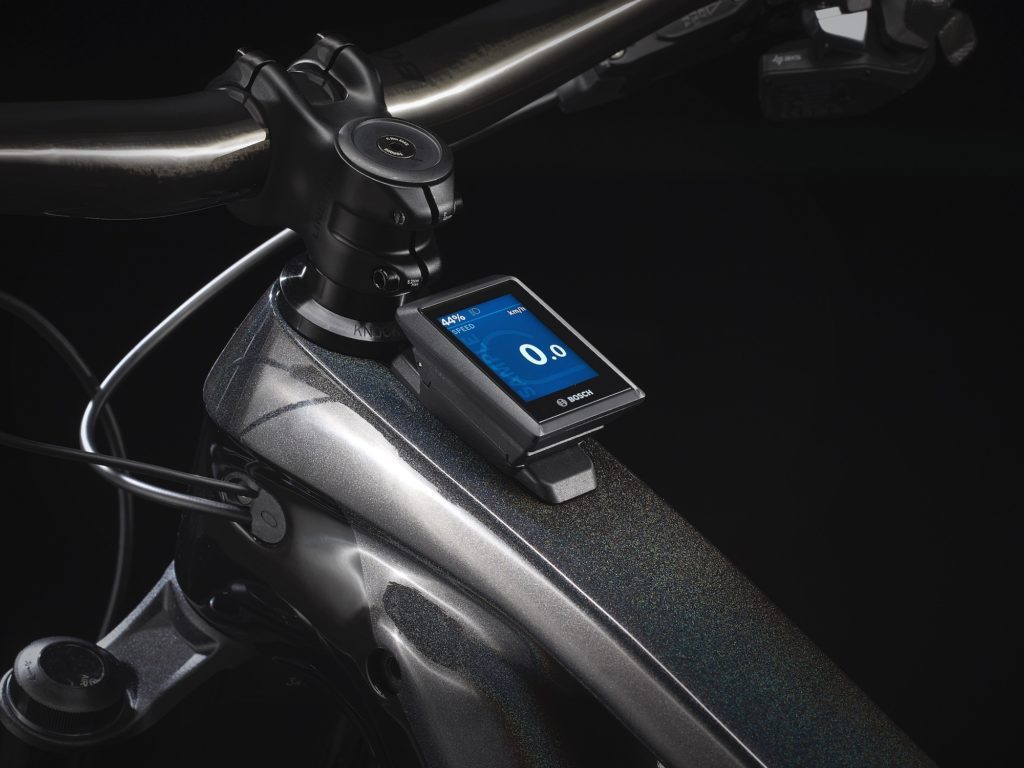 The Kiox display is mounted to KnockBlack 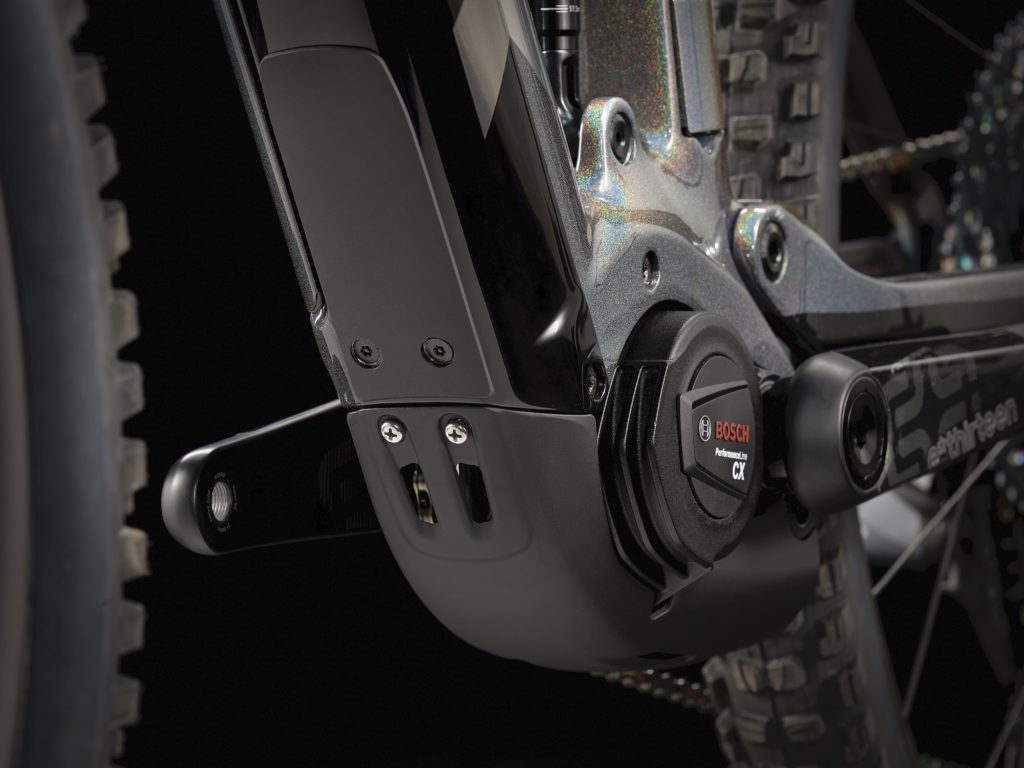 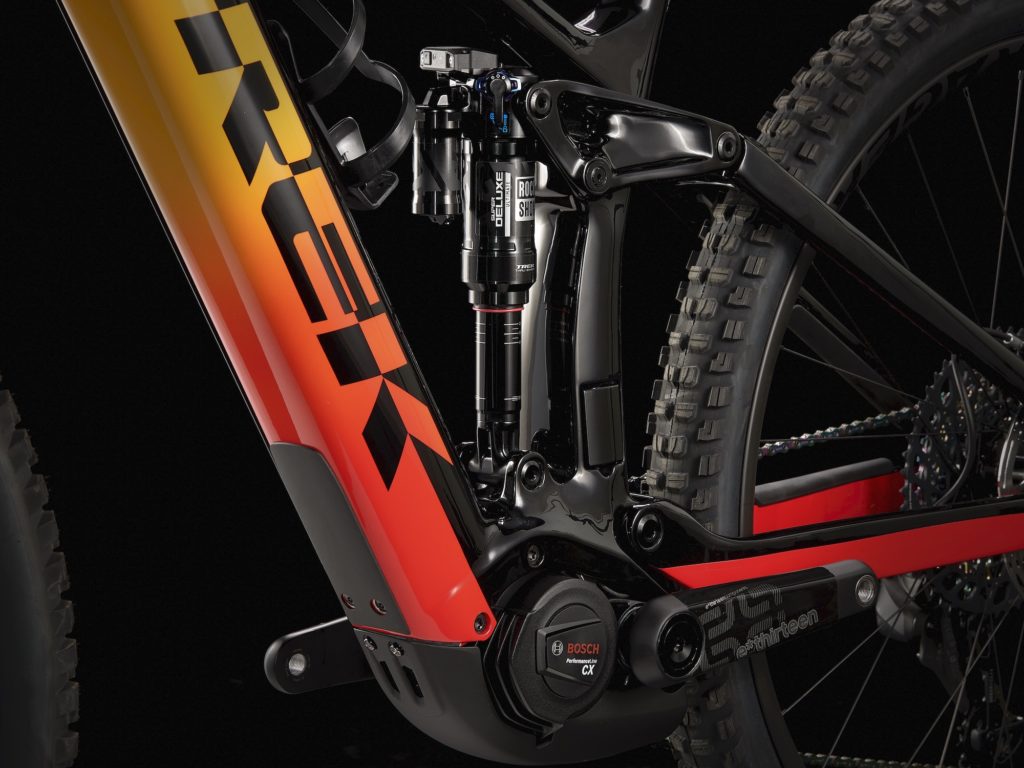 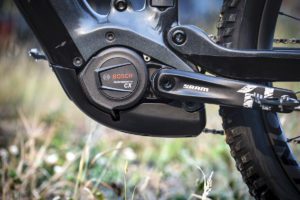 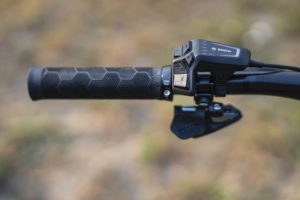 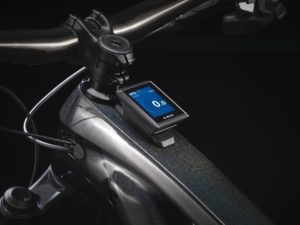 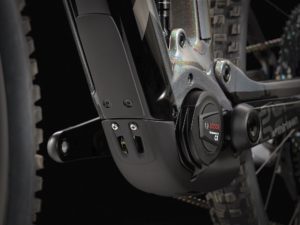 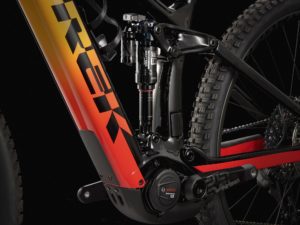 At the heart, or the bottom bracket of the updated Rail models is whole new dive unit. Trek moves the top-end Rails to a Bosch Smart System. This is much more than just a new motor and bigger battery.

The system revolves around Bosh’s Performance Line CX motor, which has 85Nm maximum torque. The motor is controlled by the Smart System via an LED remote and Kiox display. The LED remote, which uses five lights to display charge statues, connects the bike to the Flow app and controls the screen on the Keox display.

The Smart System, which allows over-the-air updates from the app, connects the entire bike. It can record rides, connect to third party apps like Apple Health, and can tune support levels, toque max speed and more. 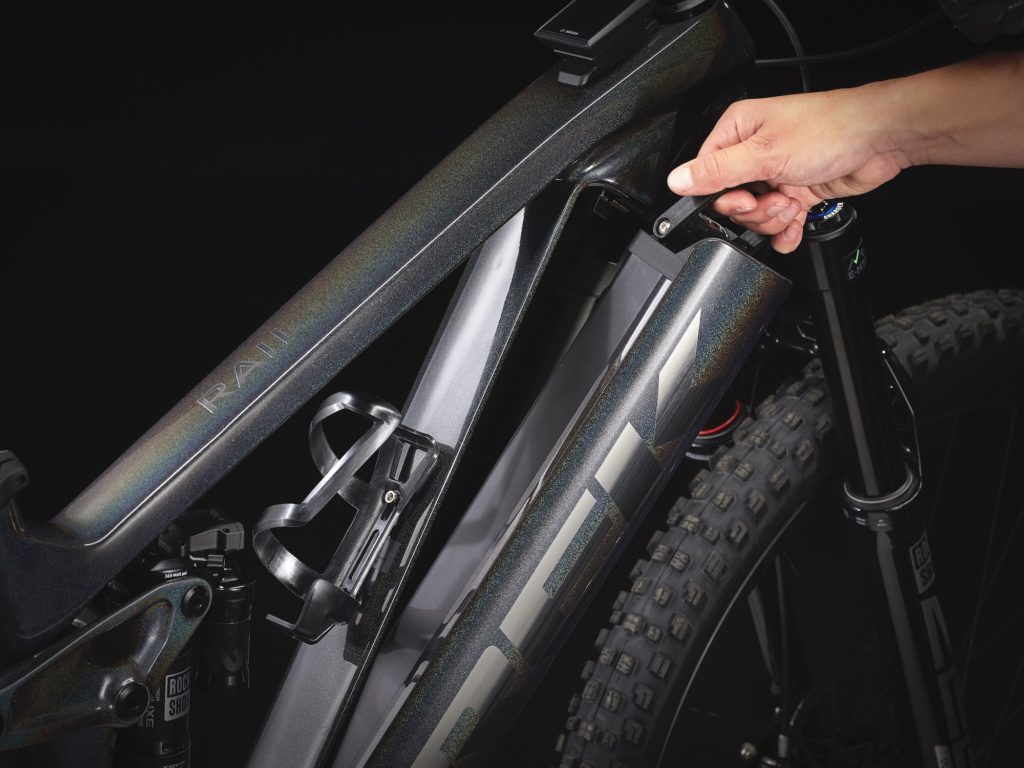 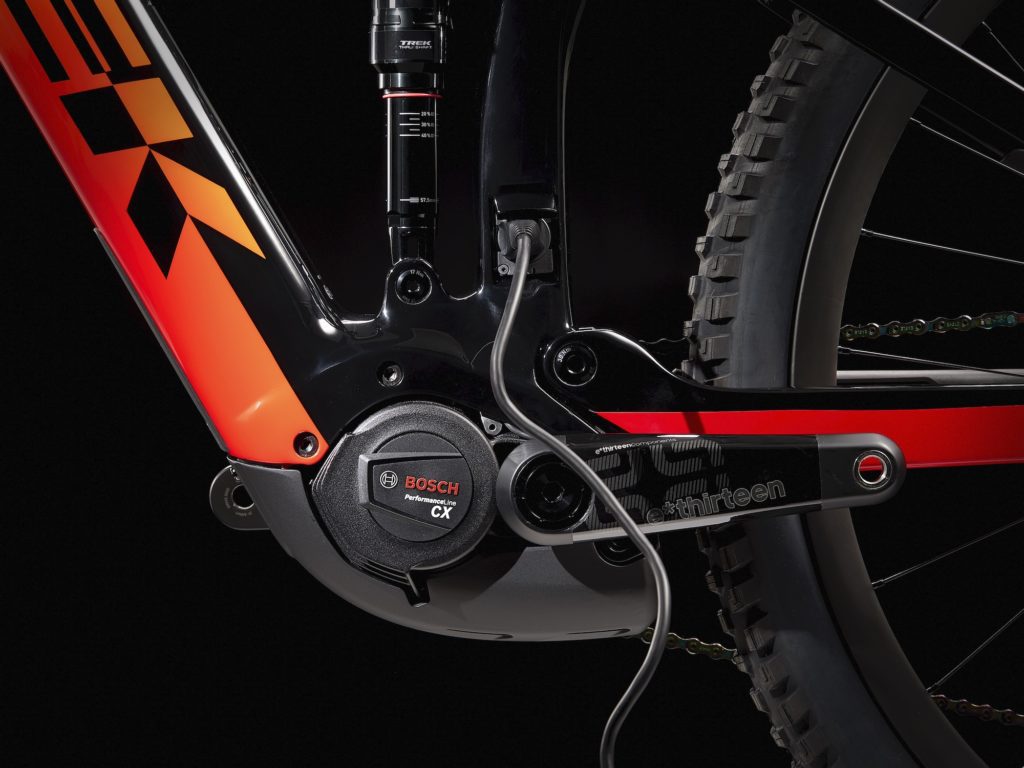 A 4A charger gets you back on the trails sooner 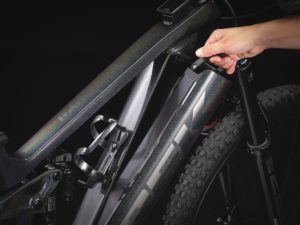 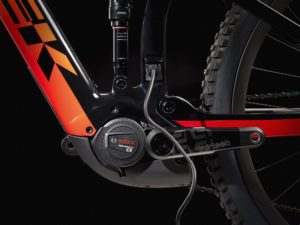 For 2022, Trek’s new Rail models also get a removable battery with a big boost in capacity. The drop-out style battery is easily removed, key locked, and has its own carry handle. This keeps your battery safe, makes it easy to remove for charging indoors and makes it lighter to lift the bike. 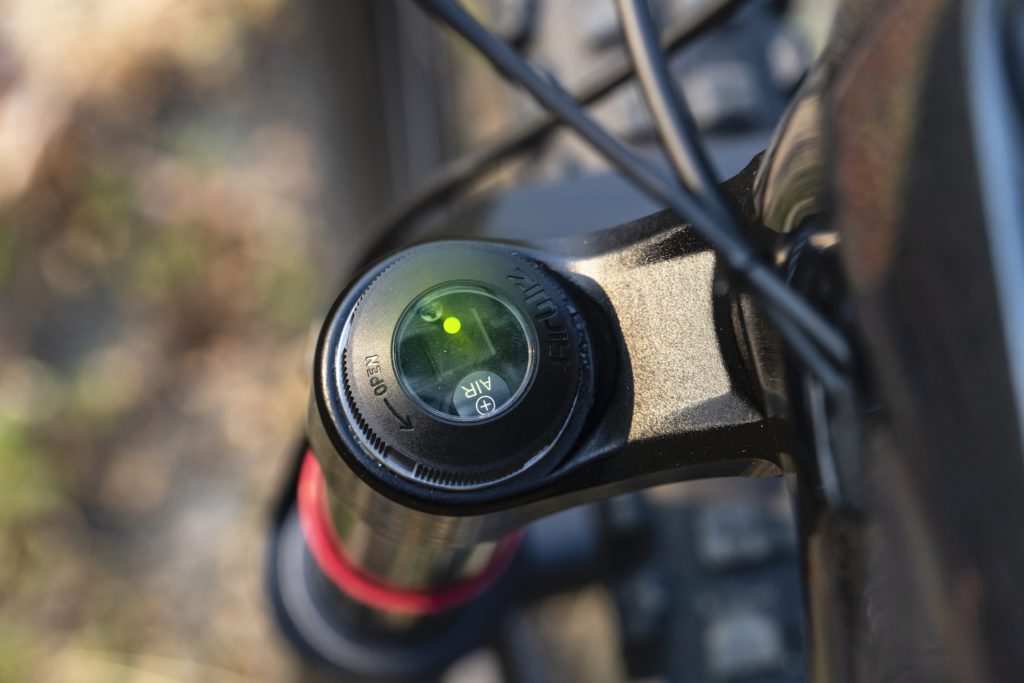 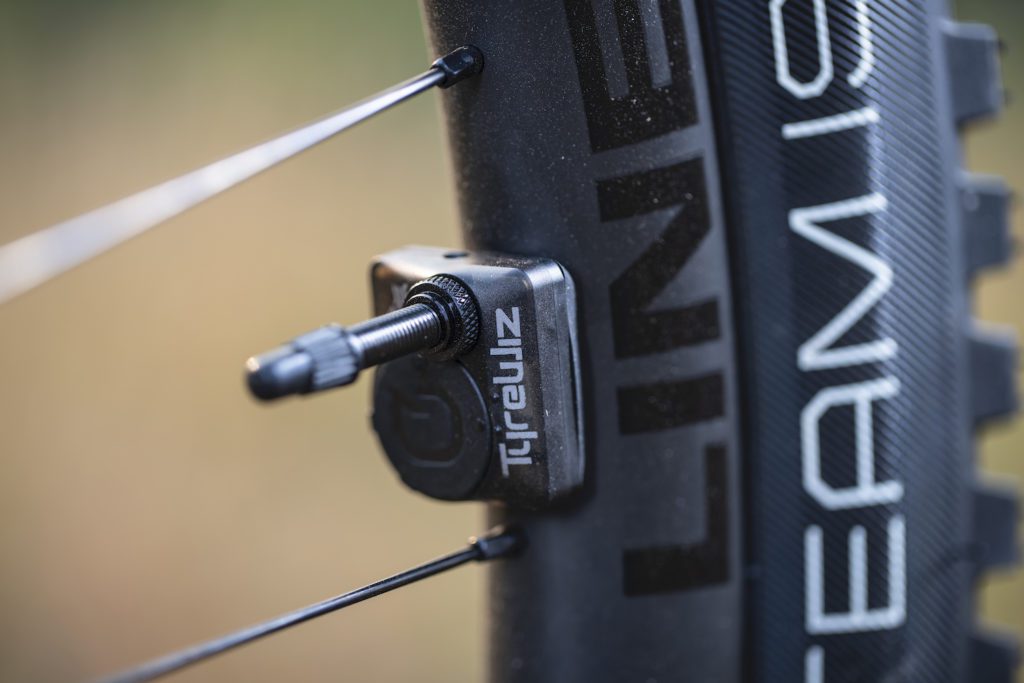 TireWiz, for tires, comes on the 9.9 Rail. Photo: Mason Mashon 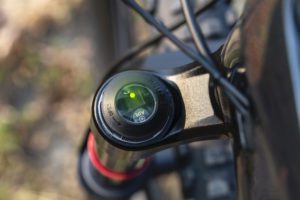 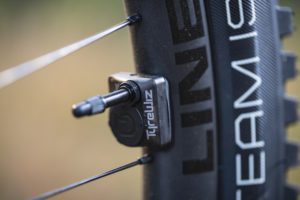 On the 9.9 models, another app, the SRAM AXS app, can be integrated with TyreWiz and, an exclusive to Trek, AirWiz bits that come on the top-end Rail. What are TyreWiz and AirWiz? Well, they automatically check to make sure the air pressure in your tire, fork and shock are set correctly. If any component drifts outside your set range, the Wiz will blink red. Why would anyone need this? Well, it’s a quick check to make sure everything on your bike is good to go when you head out for a ride. Few of us actually take the time to properly check these pressures every time we ride. With the Wiz’ integrated, you’ll have a better chance of catching any problems before you ride than you would with a spot-check every few rides, right? 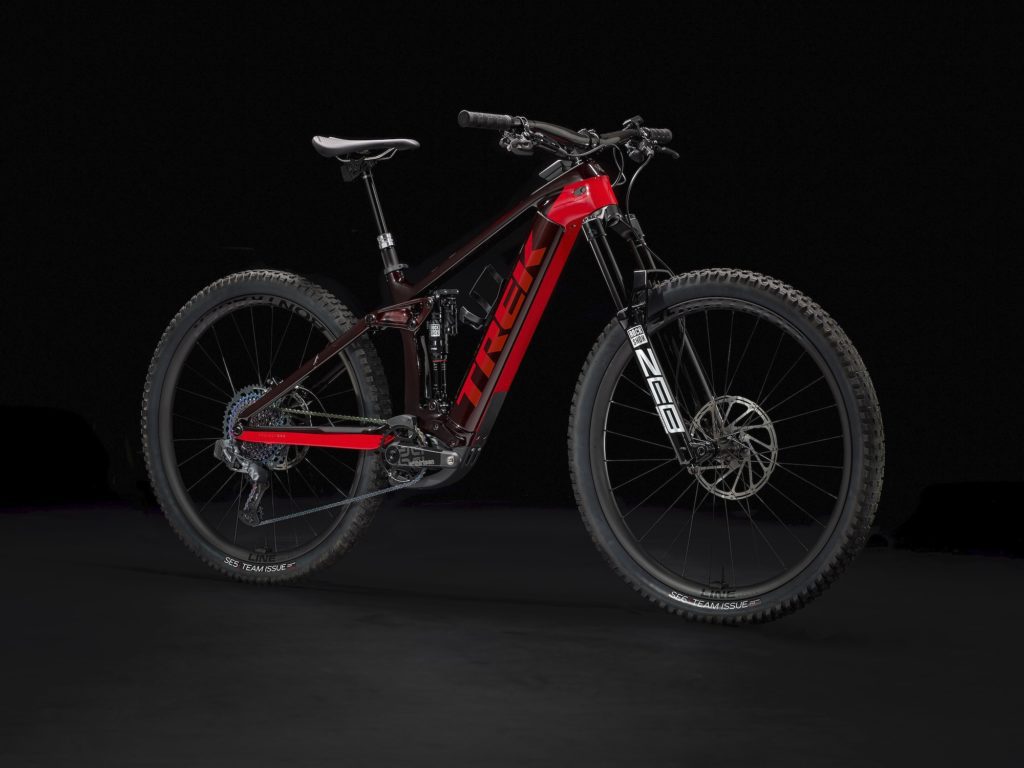 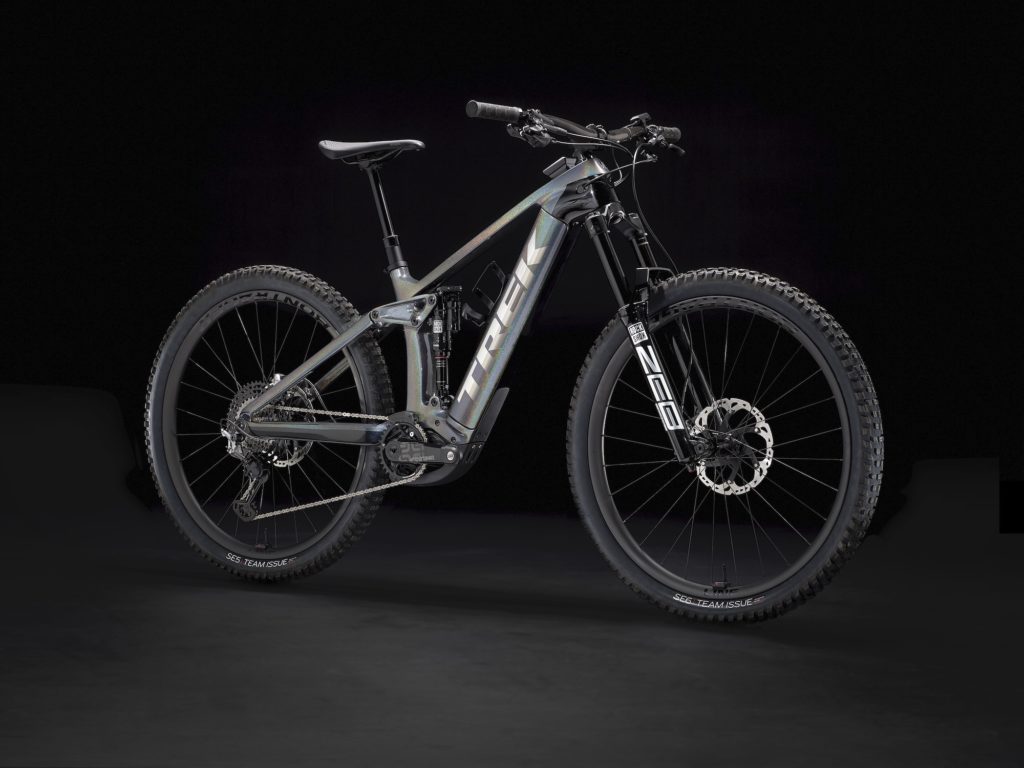 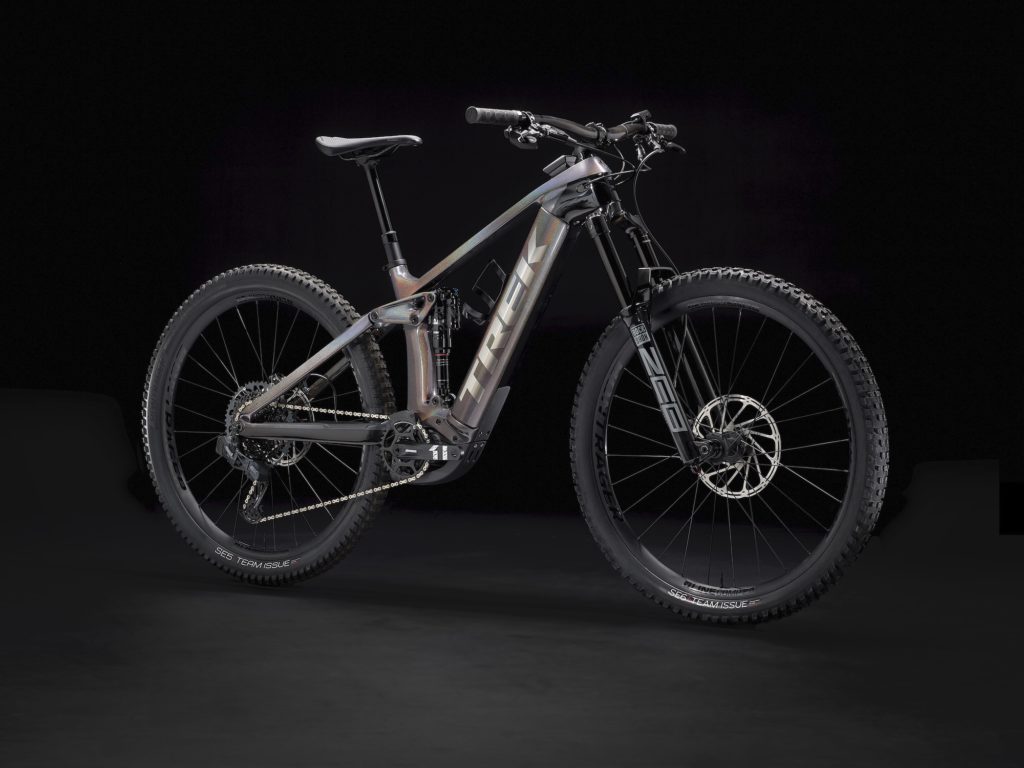 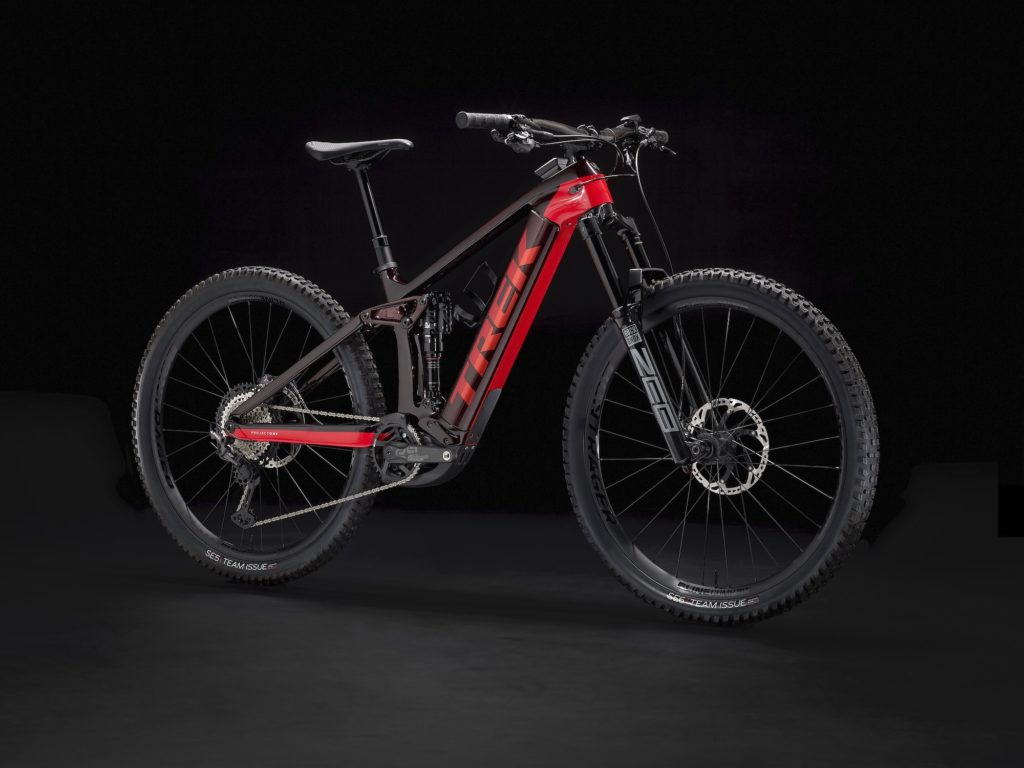 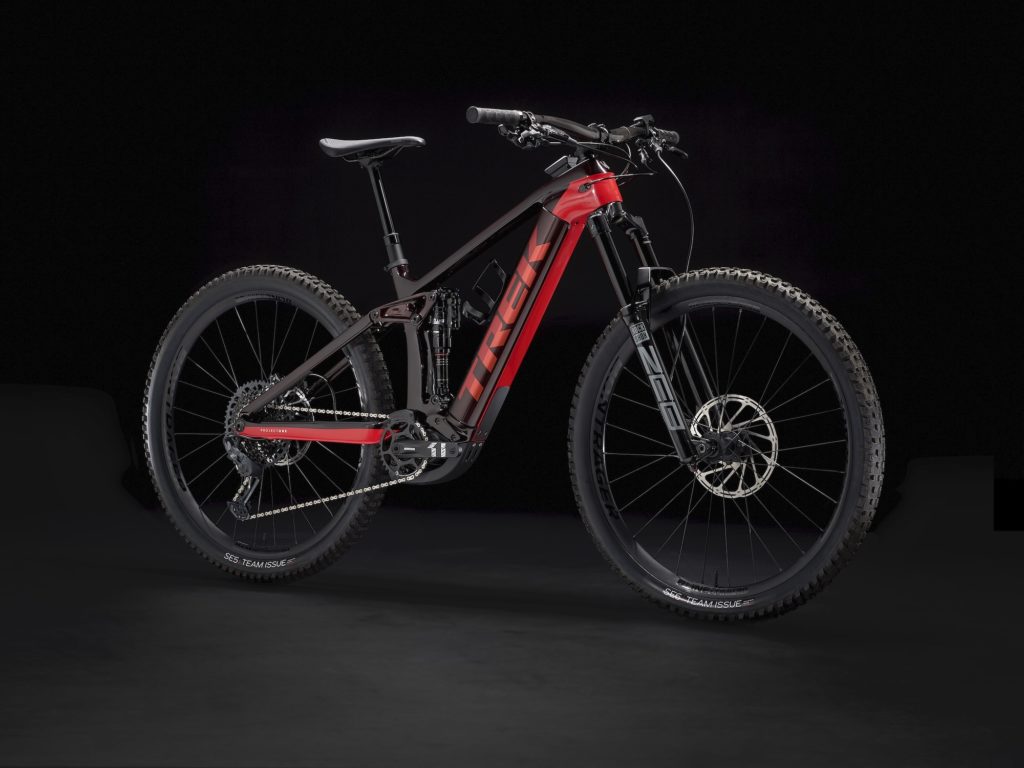 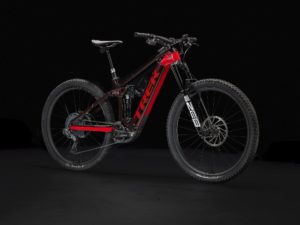 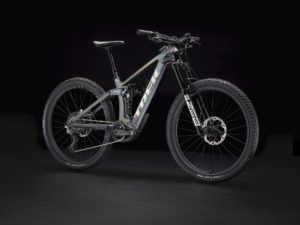 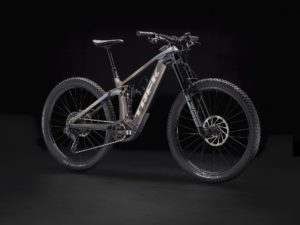 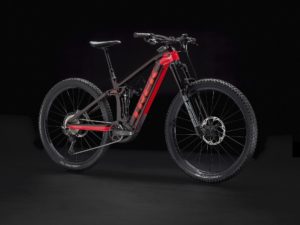 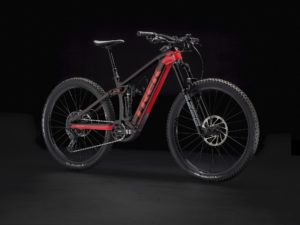