Trek Session downhill bike is one of the most successful models still active on the World Cup circuit. Various versions have won everything from downhill world championships to Red Bull Rampage. 2020 marked a particularly successful season for the venerable race bike, with Reece Wilson earning the Session’s first elite men’s world championship title.

With the momentum of that success Trek is … changing everything. The bike Wilson (and Loris Vergier) will race in the 2021 season is completely different from the 2020 bike. The frame is redesigned, from material to suspension design and even sizing. Why change a good thing? Well, lets look at what’s new to find out. 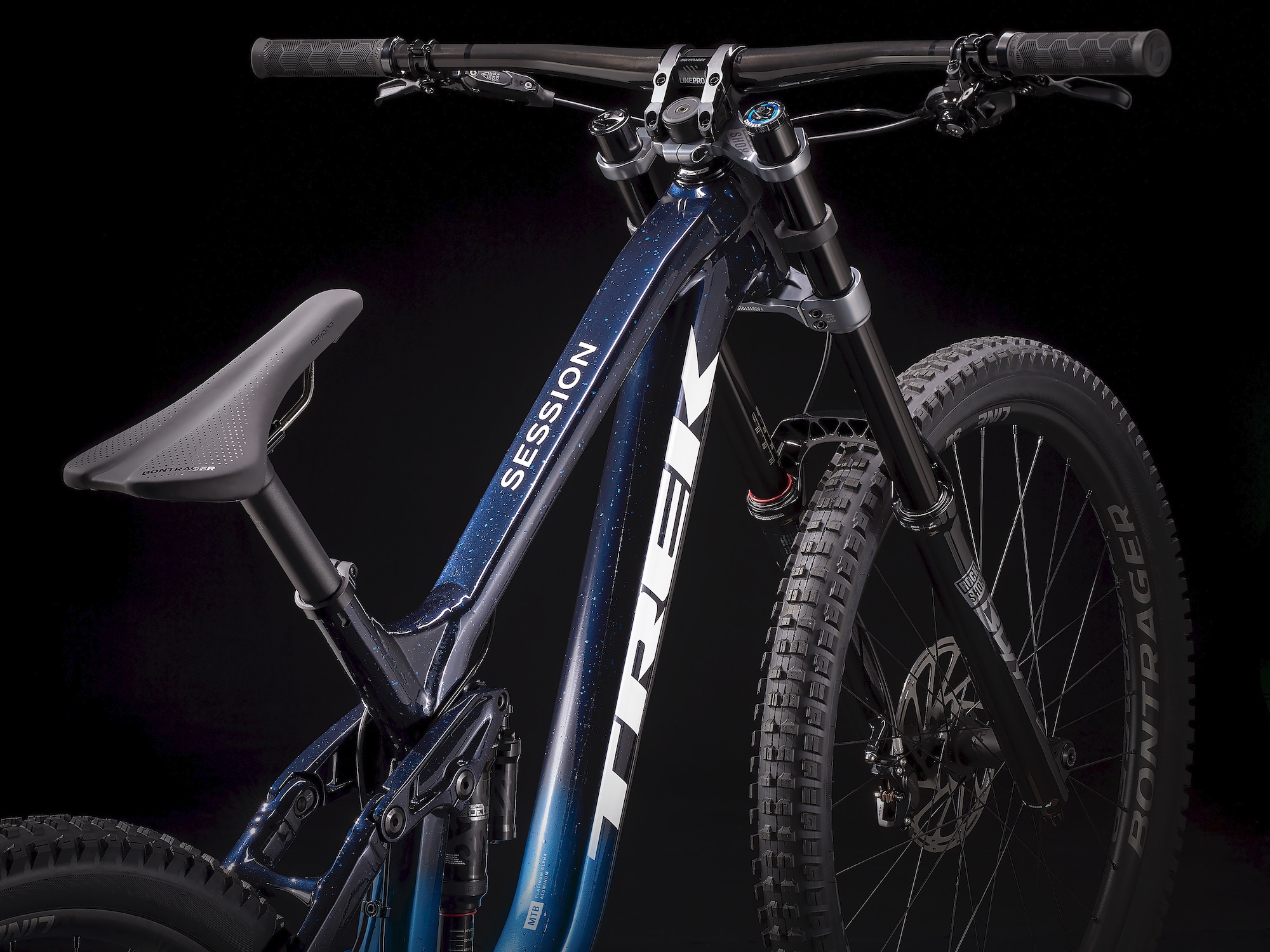 Trek clearly isn’t resting on Wilson’s laurels. The Madison, Wisc. brand already had it’s next move plotted out before the Scottish sensation donned the rainbow jersey in Leogang in 2020. There are sweeping changes to the Session for 2021, but they’re not all new. It’s a mix of revived features and novel developments. Together in one frame, it’s a combination that Trek sure hopes will be fast when racing starts up again this year.

Trek Session: a brief history of a fast bike

The Session’s history starts in 2005, but Trek was experimenting with high pivots and idler pulleys two years earlier. The 2003 Diesel used the design to carry Andrew Shandro to a podium finish at Red Bull Rampage that year.

The design made its way over to the Session in 2006, on the Session 10. Since then, the World Cup downhill rig has undergone numerous changes – and racked up quite the resume. Tracey Mosley earned the Session its first world championship title in 2010. The frame moved to carbon fibre in 2011. Then Rachel Atherton added more rainbow stripes on her way to a perfect season in 2016. Back at Rampage, the Session earned four titles between 2008 and 2019. Three under Brandon Semenuk, and another for Brett Rheeder.

In 2020, Reece Wilson earned Trek the Session’s first elite men’s downhill world championship title. Which meant it was … time for a change? Here’s a breakdown of what’s changed, what’s new and what is returning for the new year. 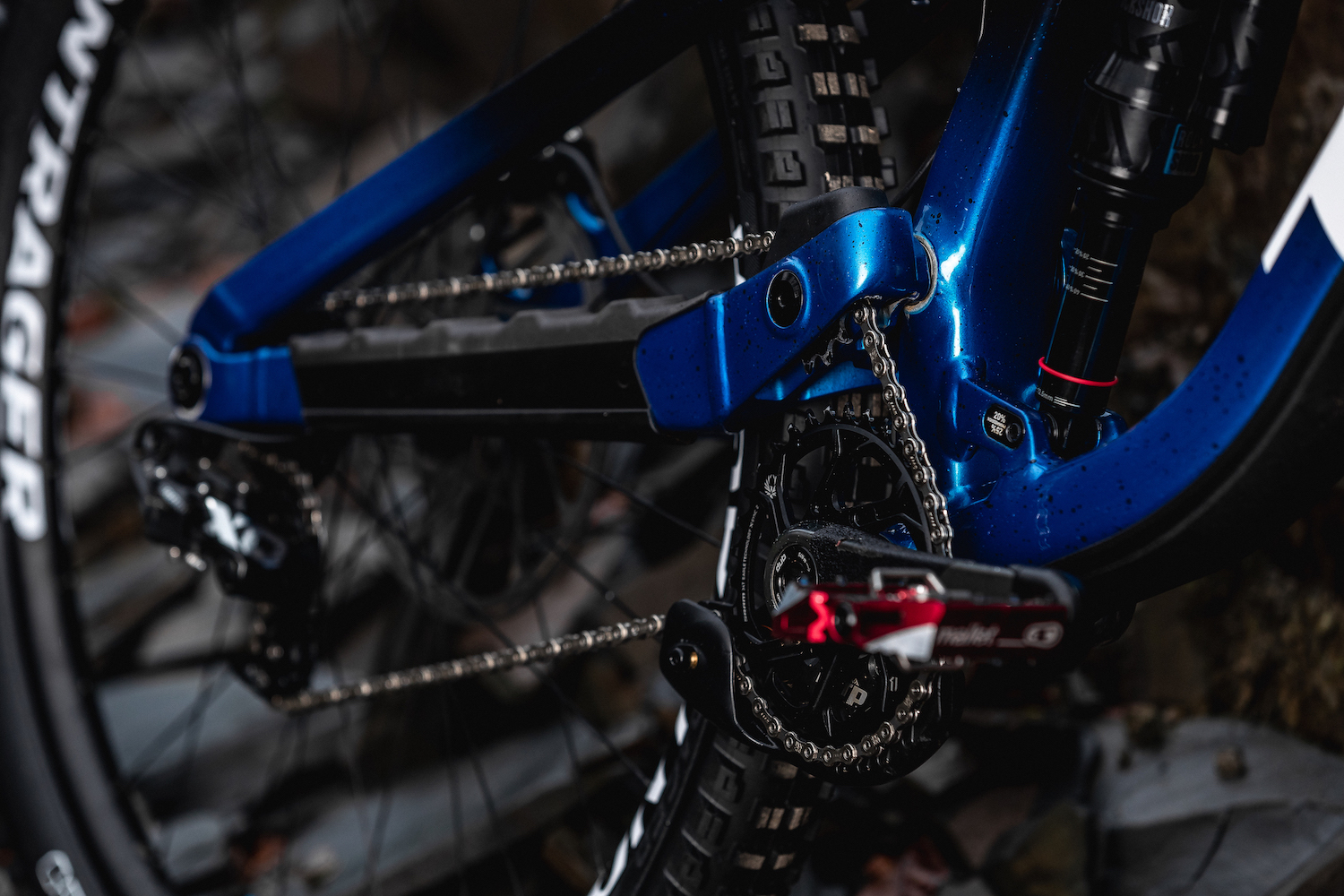 One of the more immediately noticeable differences from the 2020 bike is the Session’s extra idler pulley and high pivot. Both make a return after being retired for nearly a decade. Why? 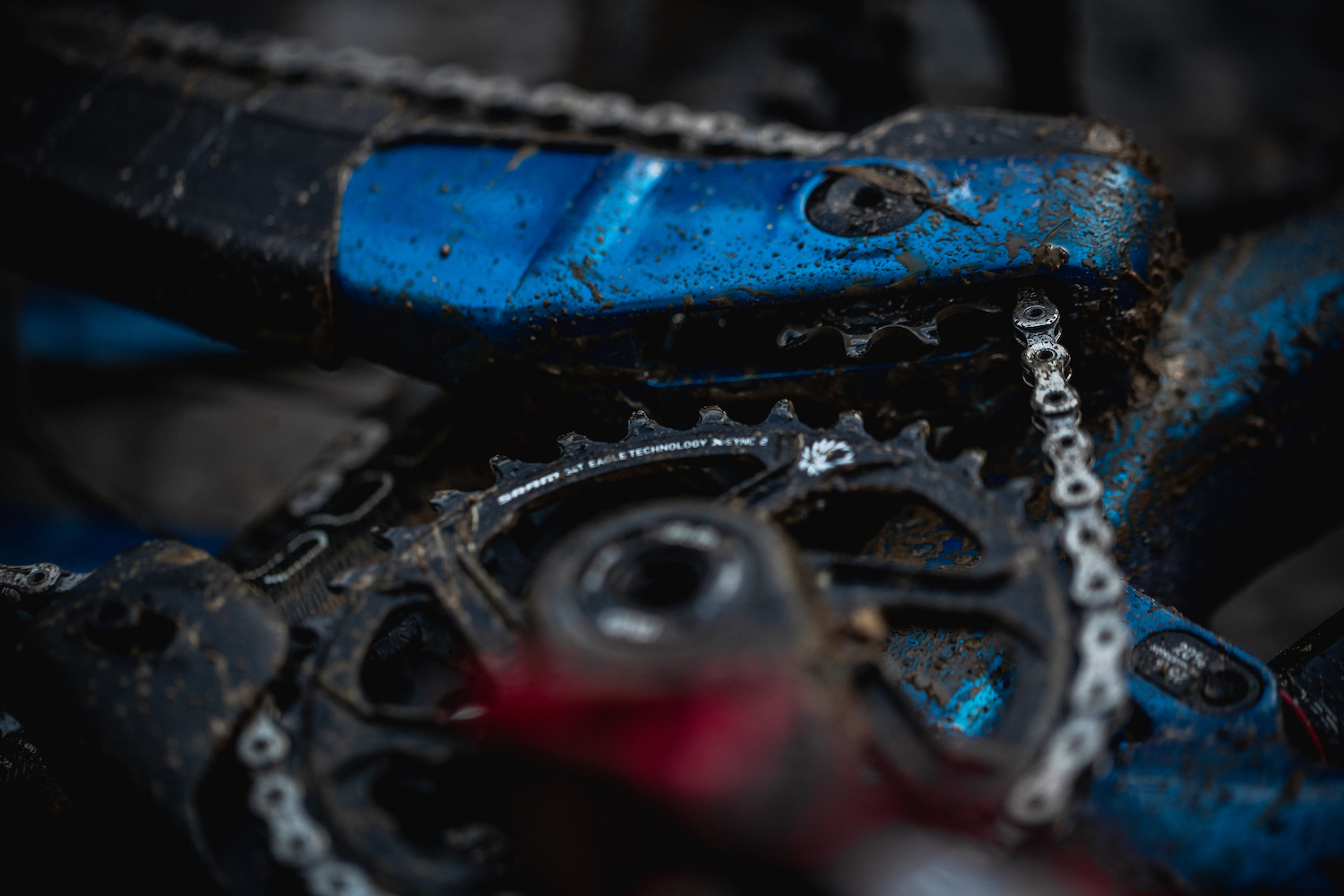 To get into details, Trek says the High Pivot’s axle path is anywhere from 12 mm to 20 mm further back compared to the previous Session, depending where you are in the bike’s travel. For its part, the idler pulley reduced pedal kickback from 15 to 27-degrees on the old bike to between 5  mm at 100-mm travel and 8 degrees at full, 200-mm compression on the new Session. 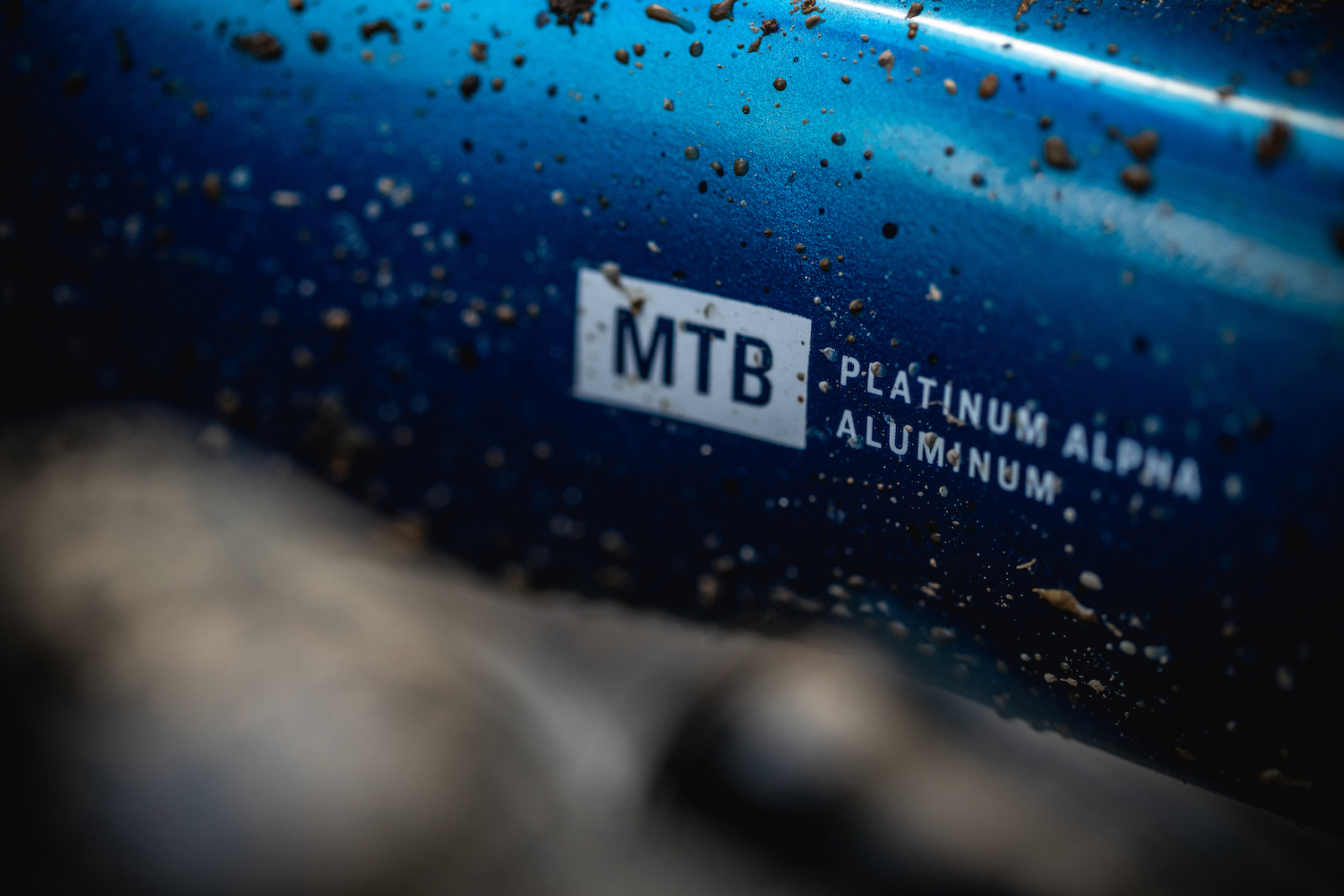 While carbon fibre dominates the mountain bike industry, alloy frames still serve a purpose. A major brand like Trek backing metal for its World Cup downhill bike shows that that purpose is far from niche. Carbon fibre was used for the previous session and was reportedly, considered for the new Session. But Aluminum won out in the end.

In a nice touch – for amateurs as well as race mechanics – Trek gives riders the option to run cables and hoses internally or externally on the Session’s frame. An optional external hose clamp runs on the bottom side of the top tube, which can be removed completely if you choose to hide your wires.

While Trek fully commits to the aluminum frame, not even offering a carbon fibre frame option, wheel size is a whole different question. The new Session is designed around 29″ wheels, but can run three different set-ups: matching 27.5″ or 29″ wheels, as well as the mixed 27.5″/29″ ‘mullet’ set-up. 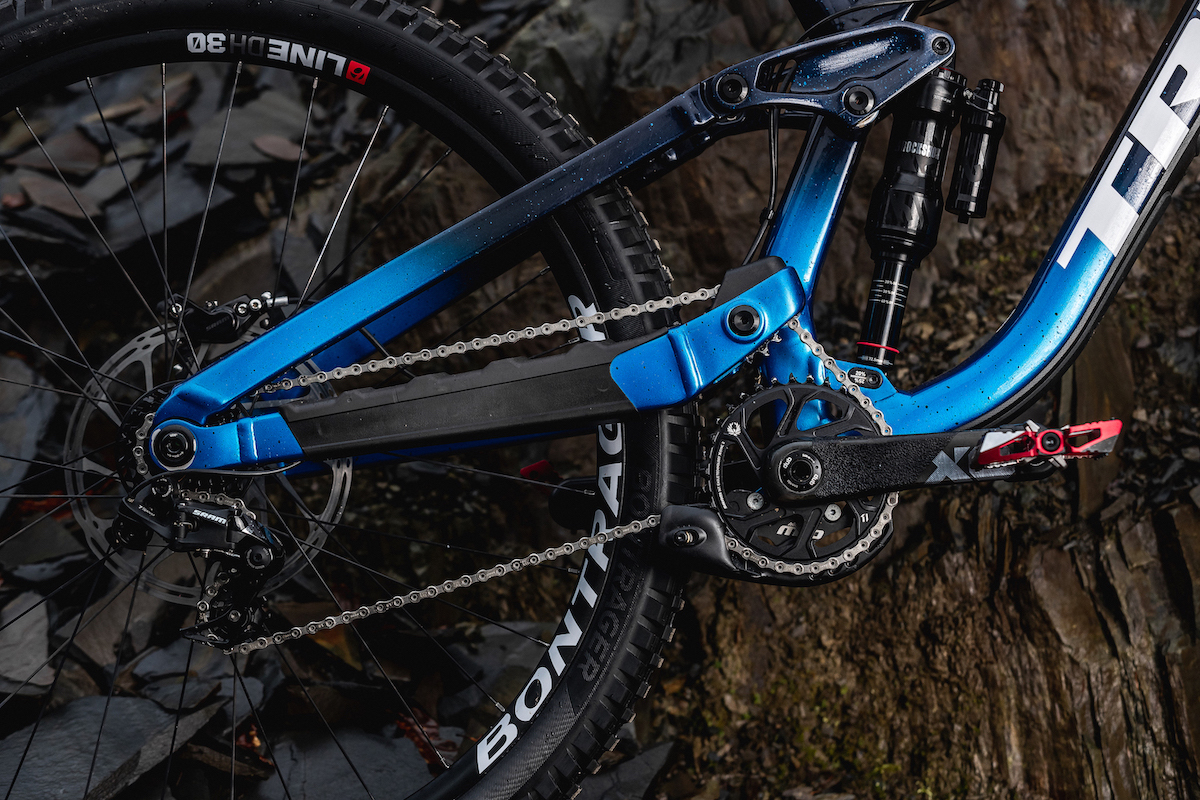 There’s two major updates to the Session’s geometry, along with the above frame changes. First, reach stretches out by 30 mm for each size. Long reach is popular right now and if there’s anywhere where increasing front centre makes sense, its the high speed world of downhill racing.

Second, Trek finally brings size specific chainstays to the Session. While reach is important, speed is all about balancing the rider’s weight on the bike. Chainstays run from 439 mm on the R1 to 442 mm (R2) and 455 mm (R3). While reach grows, the chainstays are, at the longest, 1-mm shorter than the 2020 model

Trek takes an interesting approach to size specific stays. Instead of varying the length of the actual chainstay, the BB moves relative to the rear axle. Since the front triangle is already changing for each size, this lets Trek keep one rear end for every Session. 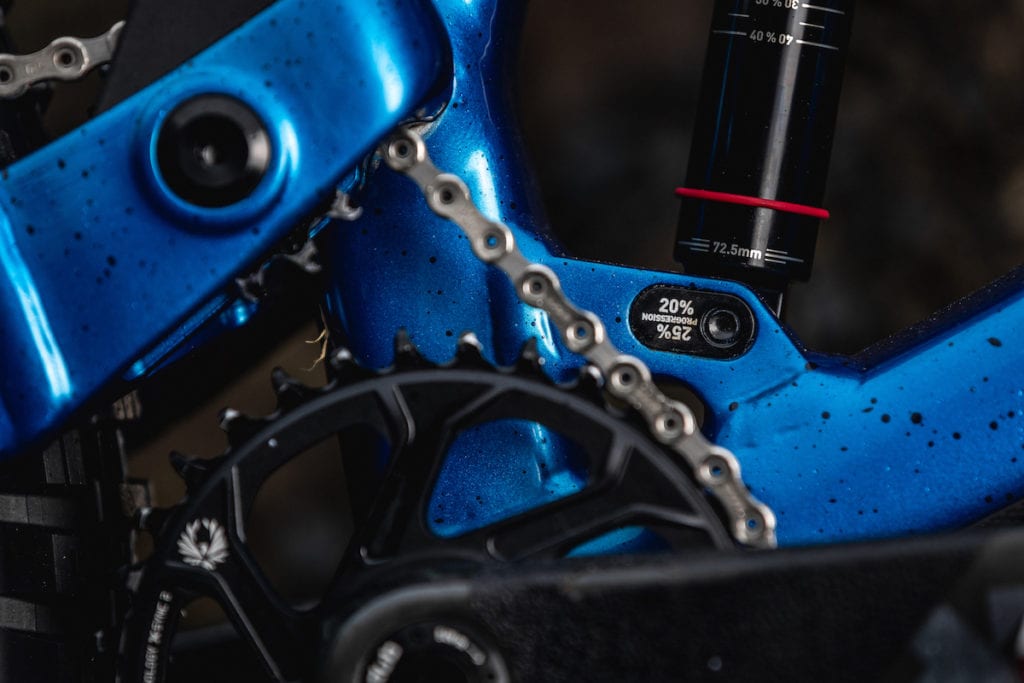 A new progression Mino Link on the Session 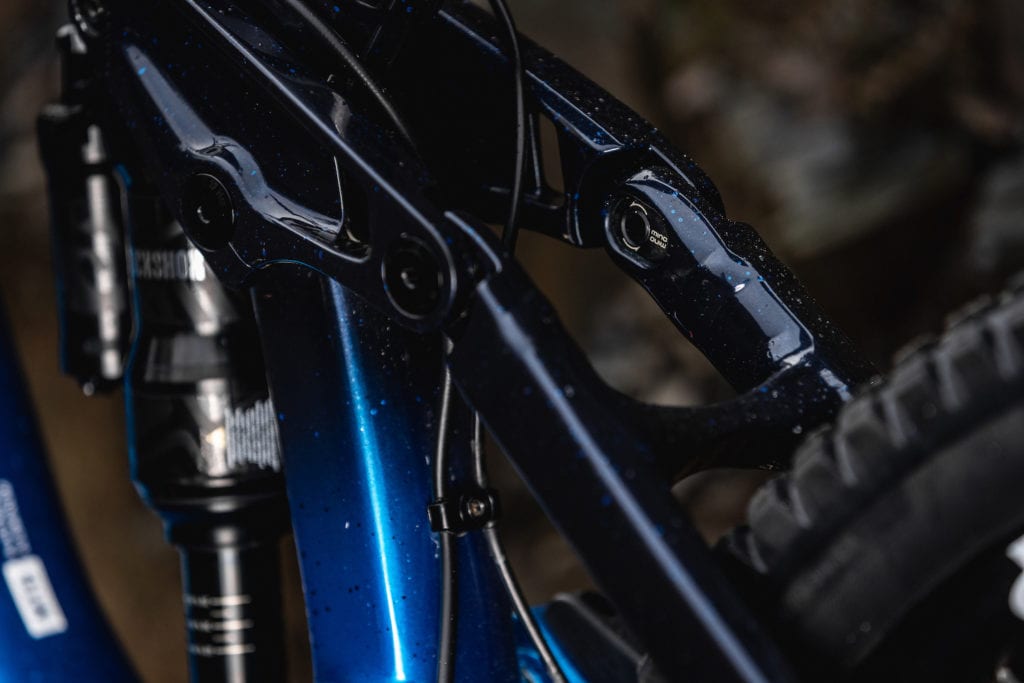 While the geo Mino Link returns 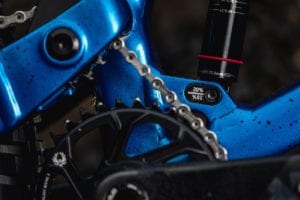 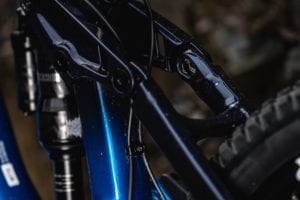 Mino Link – Trek’s version of a flip chip – is a common geometry adjustment feature on the U.S. brand’s bikes. For the Session, there’s two. One for geometry and one, just above the bottom bracket, changing the Session’s suspension kinematic. Adjusting the suspension Mino Link sets the Session’s rear travel 25 per cent or 20 per cent progression. More progressive suits faster tracks while less works better for rougher courses. 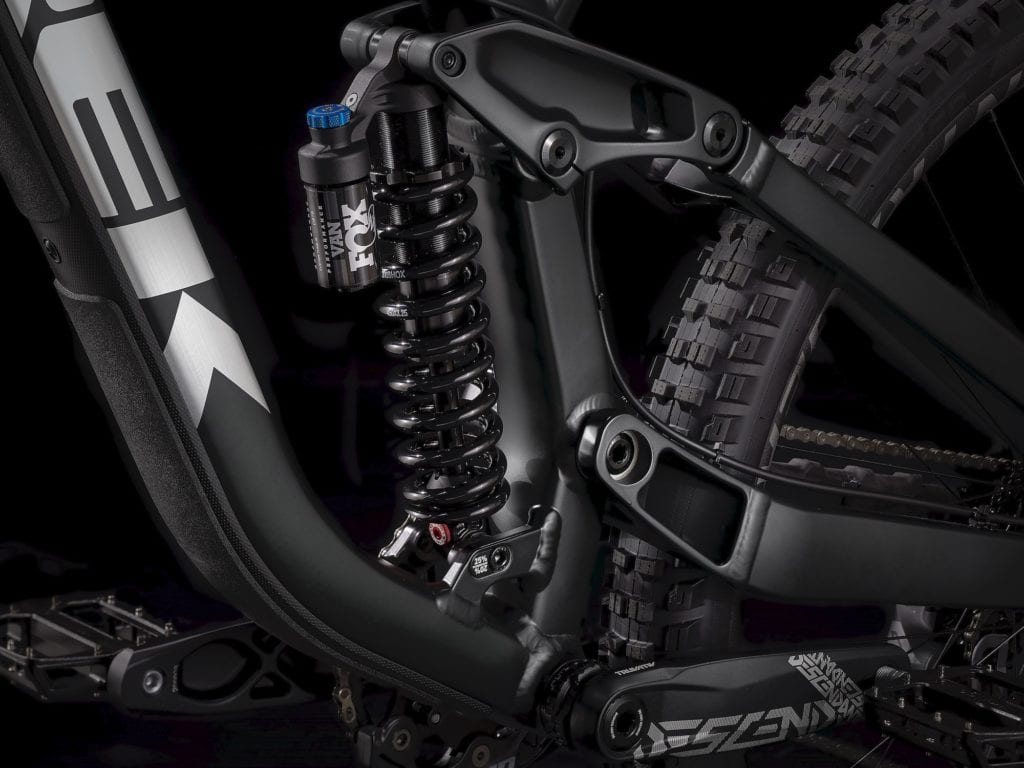 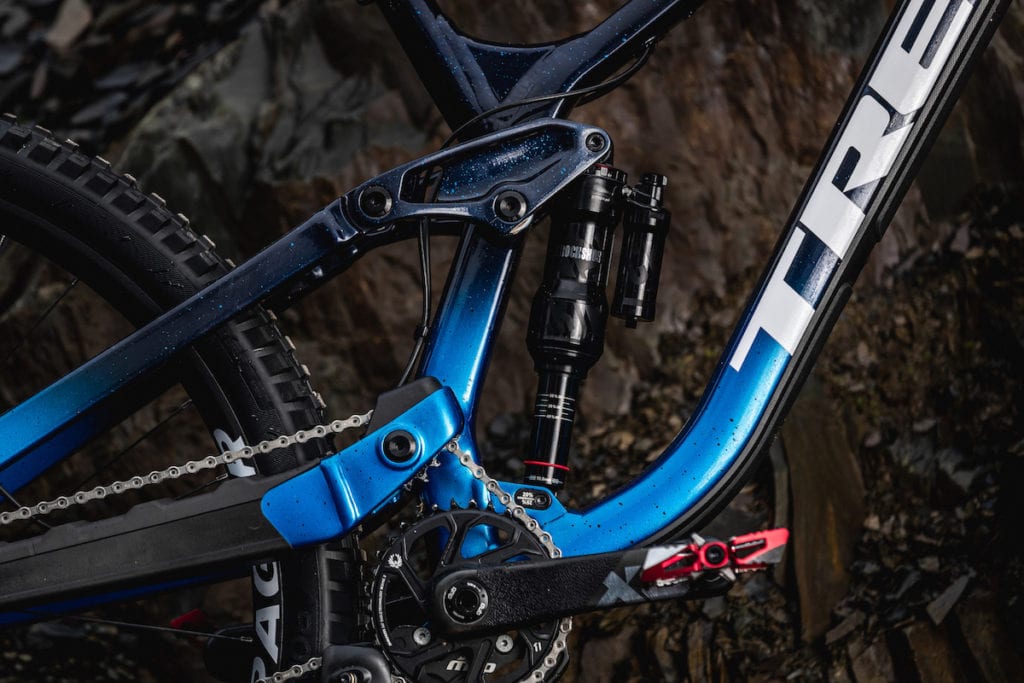 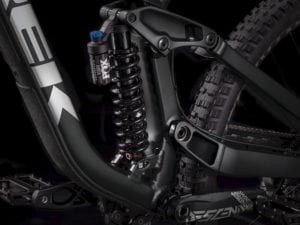 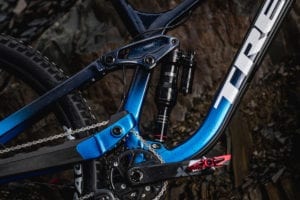 Trek’s used standard 250×72.5 mm shock sizing, so riders can pick between coil and air shocks in a range of brands. Clearance is confirmed for all RockShox, Fox and DVO coil shocks, and Trek says most other brands should be fine but still recommends checking first.

Rider’s opting for 27.5″ rear wheel, either matching or mullet, will have to run the geometry Mino Link in the high setting. 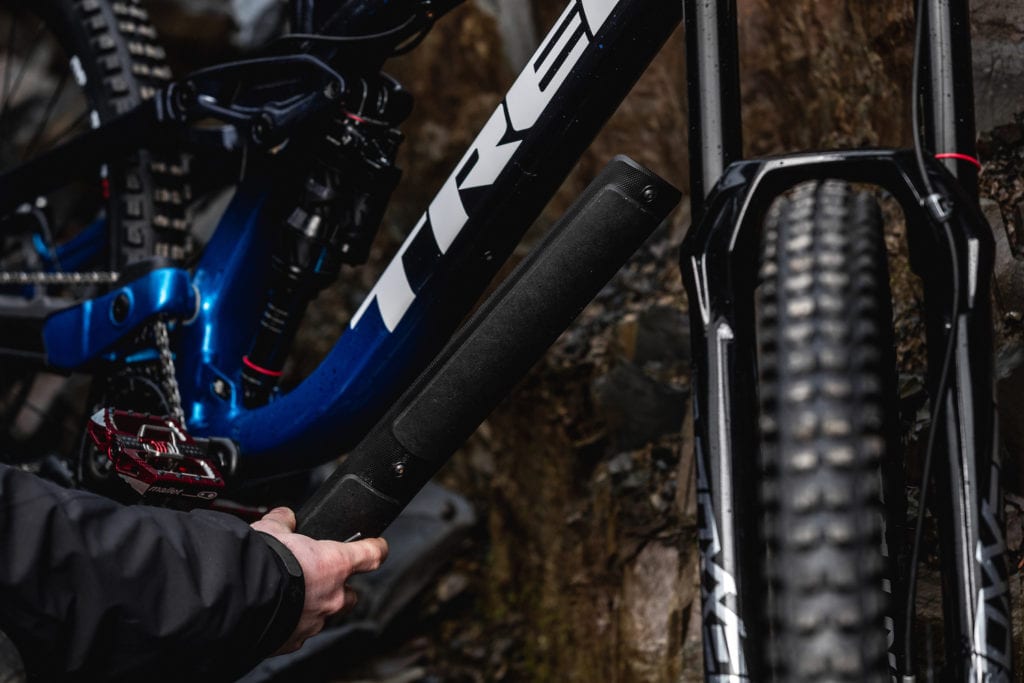 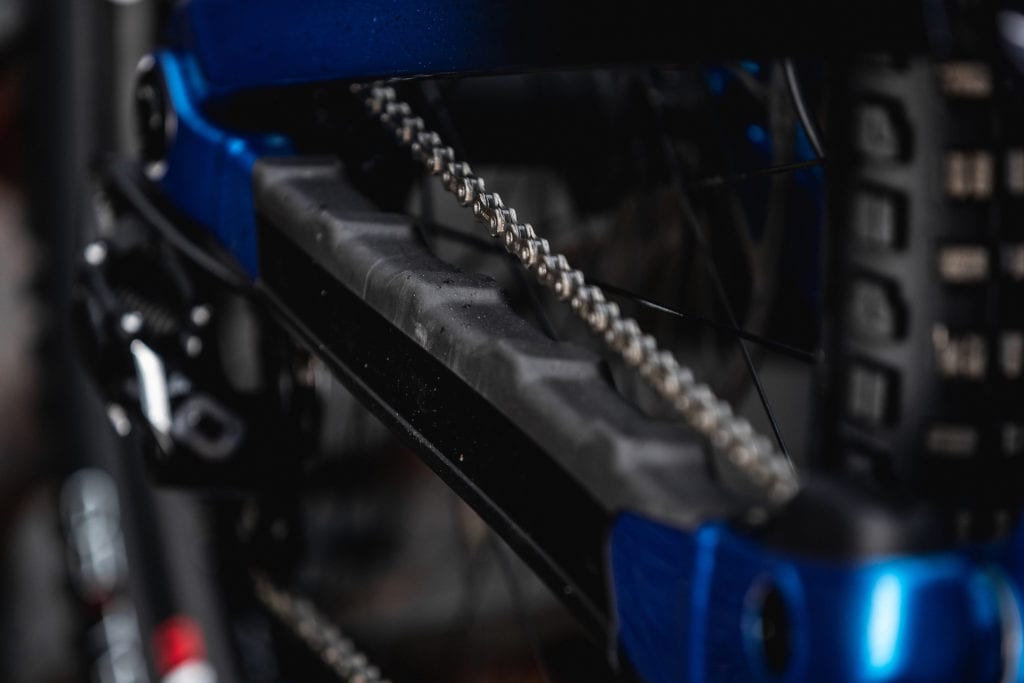 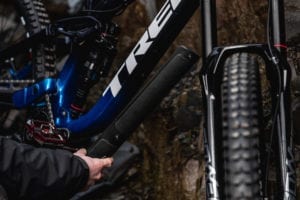 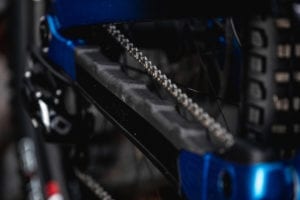 There’s a huge range of changes to the Session. On the smaller, but not insignificant end, Trek’s added substantial frame protection to its downhill race bike. Both chainstay and full-length downtube protectors are removable – and therefore replaceable.

Trek builds up the Session 8 with a RockShox Boxxer Select+ fork and a Fox Van Coil shock. SRAM supplies GX DH drivetrin and Code R brakes while Bontrager takes care of Line DH rims and a host of small parts.

Trek’s new high-pivot race machine is available now, though with the current market pressures supply is limited. Certain Trek dealers have supply in stock, and pre-orders can be made through any Trek dealer – starting today – for when more bikes arrive.