Trek has been teasing its latest cross country full suspension bike at World Cup races all year. Emily Batty, Jolanda Neff and the rest of Trek Factory Racing have been riding the bike, thinly concealed with a sheath of fabric over the suspension linkage, leaving fans guessing what exactly was going on. Now, details on the race whip, and how riders can get one of their own, are finally being released.

As most guessed from looking at the sheathed top-tubes of Batty and Neff’s bikes all year, the Supercaliber is built around a relatively unique, top-tube mounted shock. Trek is calling this IsoStrut. While other companies have used similar shock locations, Trek has gone one big step further. Supercaliber is using a frame-integrated shock, developed in partnership with Fox suspension. 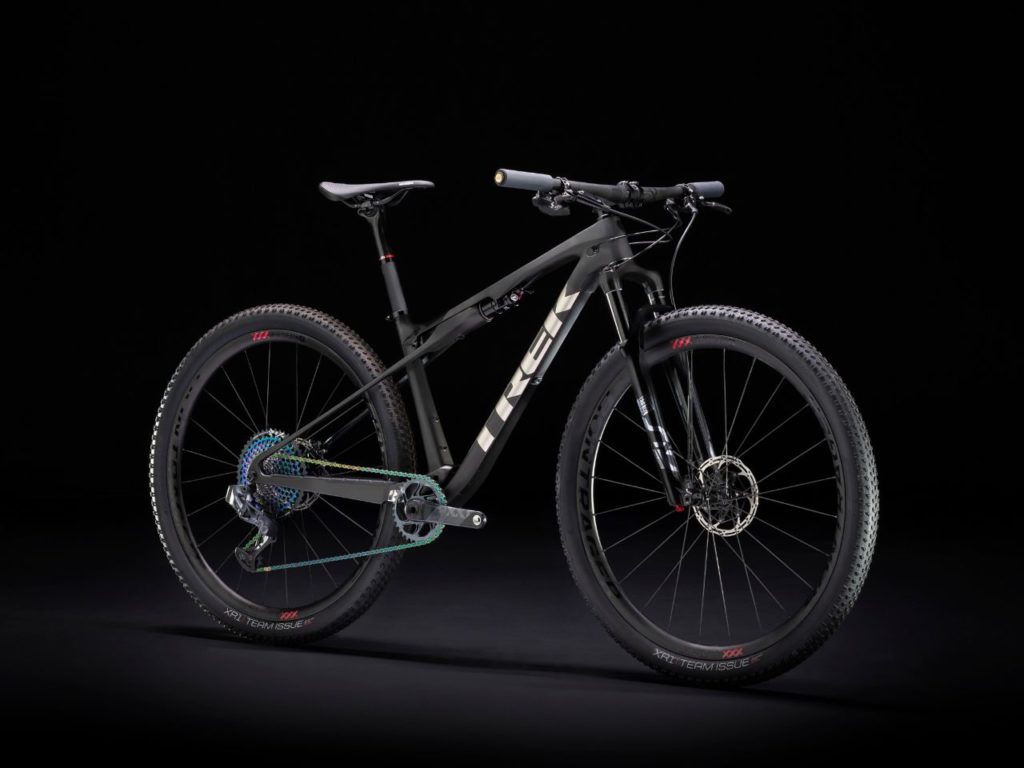 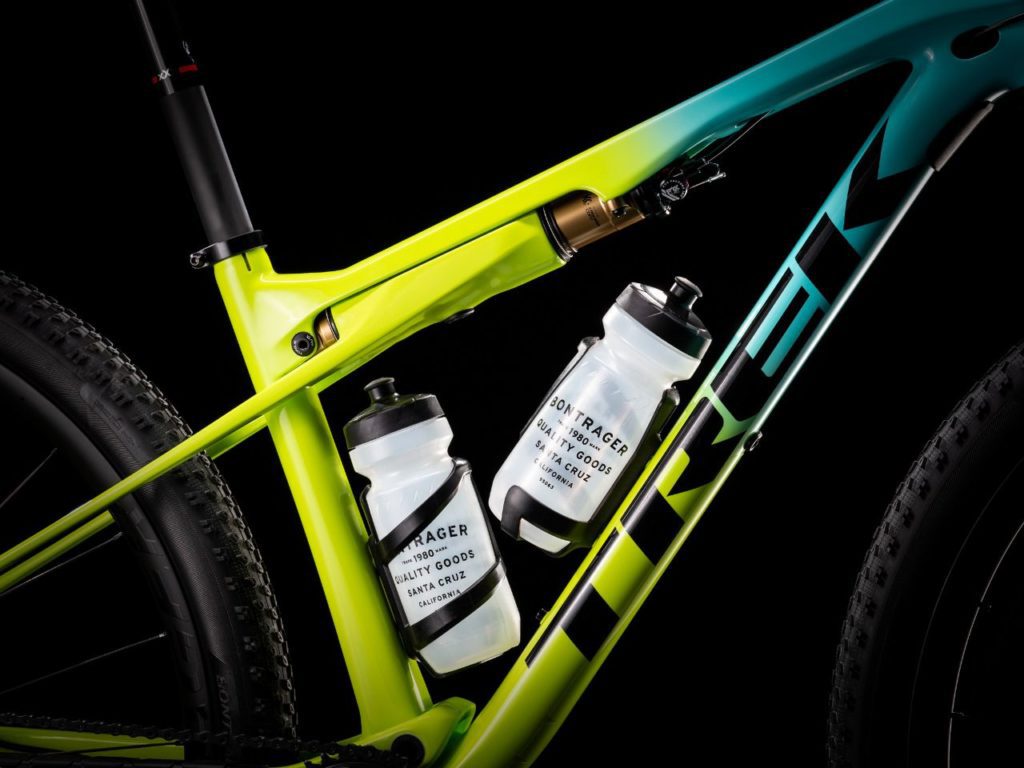 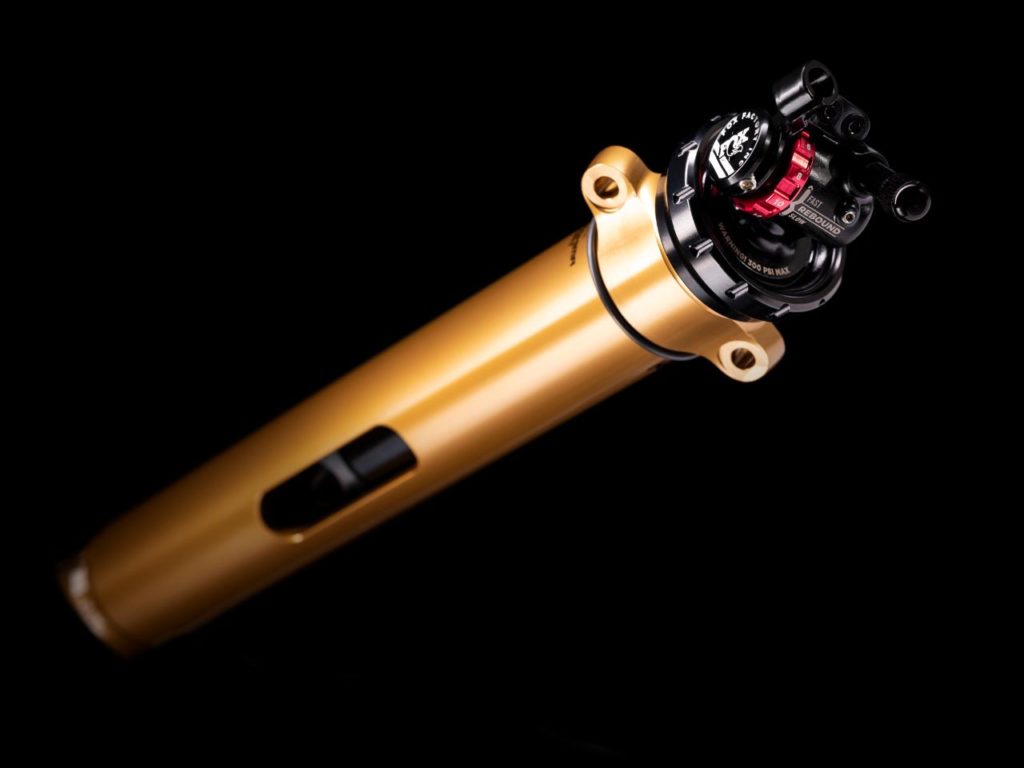 Developed with Fox, the IsoStrut is a proprietary shock that allows for Trek's unique frame design 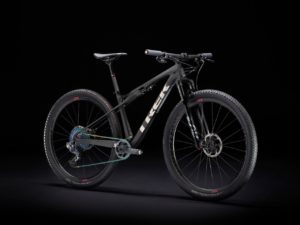 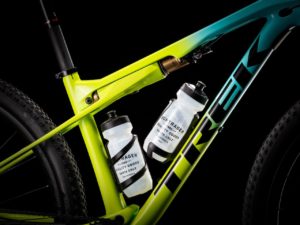 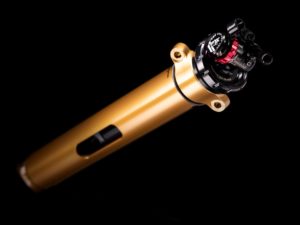 IsoStrut’s proprietary shock is nestled on a modified top tube, and is mounted directly to what would be the end of the chainstays. In place of linkages, Trek uses wide, flat chainstays to provide the suspension travel. This shaves weight and, Trek claims, adds rigidity to the rear triangle that prevents unwanted flex. 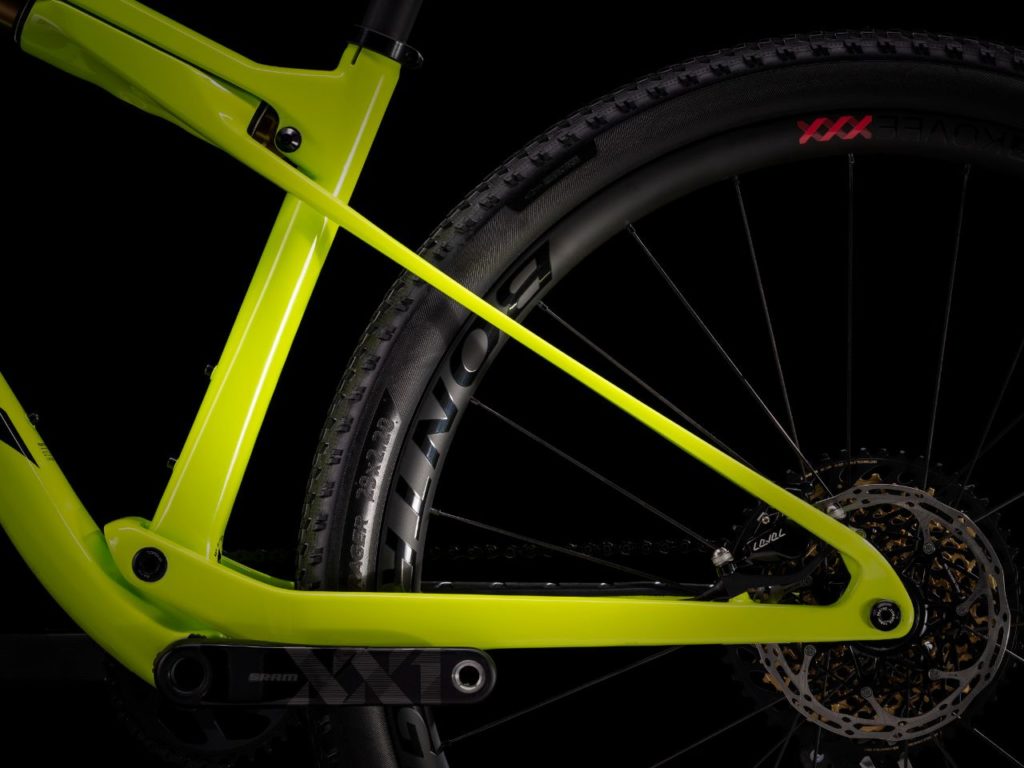 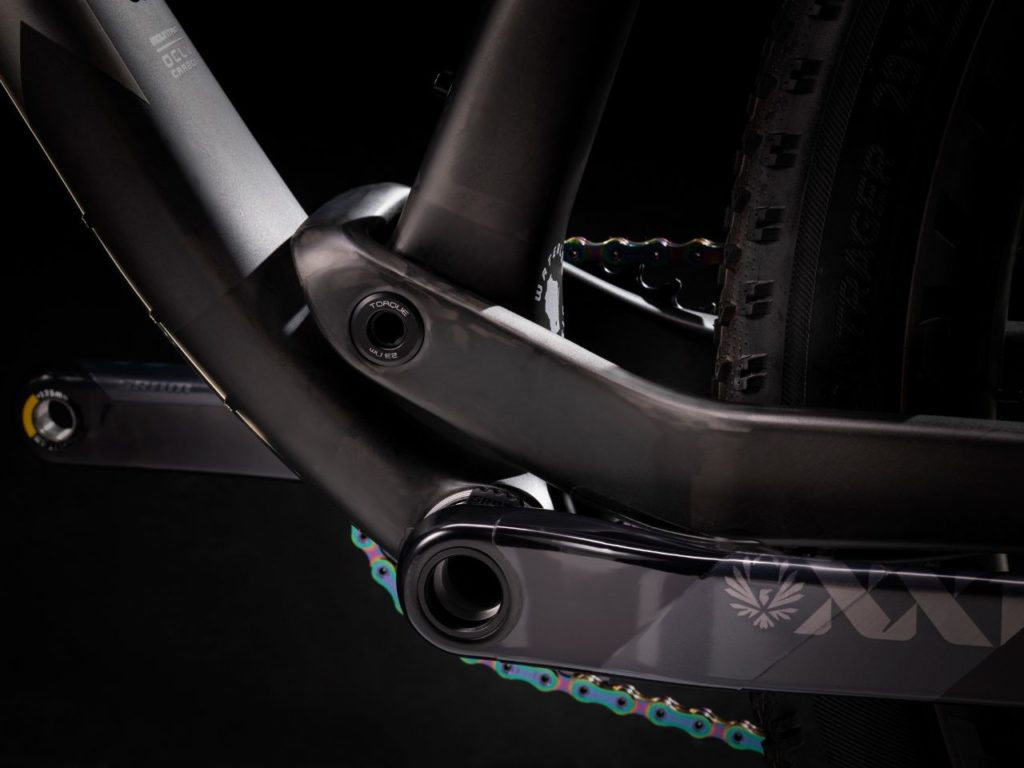 The only pivot on the Supercaliber rear triangle 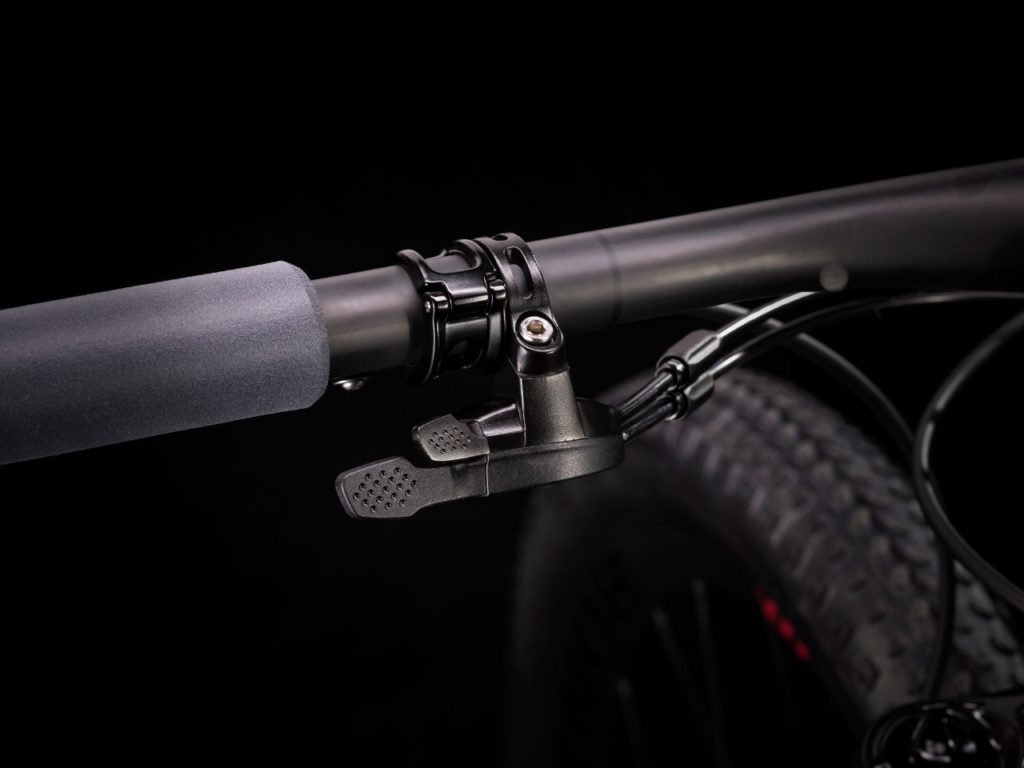 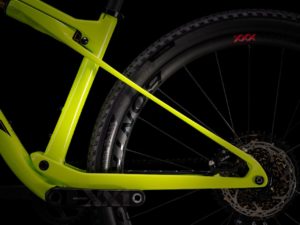 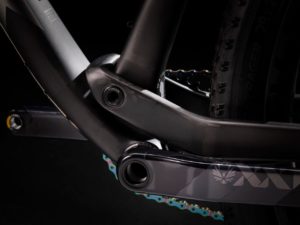 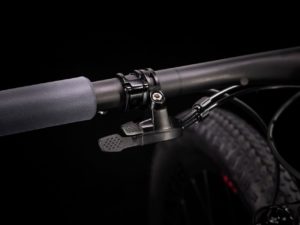 If there was any doubt, the details on the Supercaliber make it clear it is targeting World Cup and Olympic level racing. The IsoStrut design gives the bike just 60 mm of rear wheel travel. This is paired with a 100 mm fork up front on all Supercaliber models. Both shocks can be locked out from the bars for maximum efficiency, but Trek insists the IsoStrut design is intended to feel like a hardtail while pedalling, and full suspension while descending.

As you would expect from a top-level cross country race bike, all sizes of the Supercaliber roll on 29″ wheels. Frames are made from Trek’s OCLV Mountain Carbon and feature a Straight Shot down tube. The later requires Trek us its Knock Block blocks, which prevent frame damage from over rotating the bars. One added bonus of the unique frame design is that all frames fit two water bottles inside the front triangle.

All models come with Bontrager Kovee carbon fibre wheels, and SRAM Eagle 1×12 speed drivetrains. The top end Supercaliber 9.9 XX1 AXS gets SRAM’s shiny new wireless drivetrain, if you’re willing to shell out $14,500.00. Prices drop from there, all the way to the $6,300.00 Supercaliber 9.7. 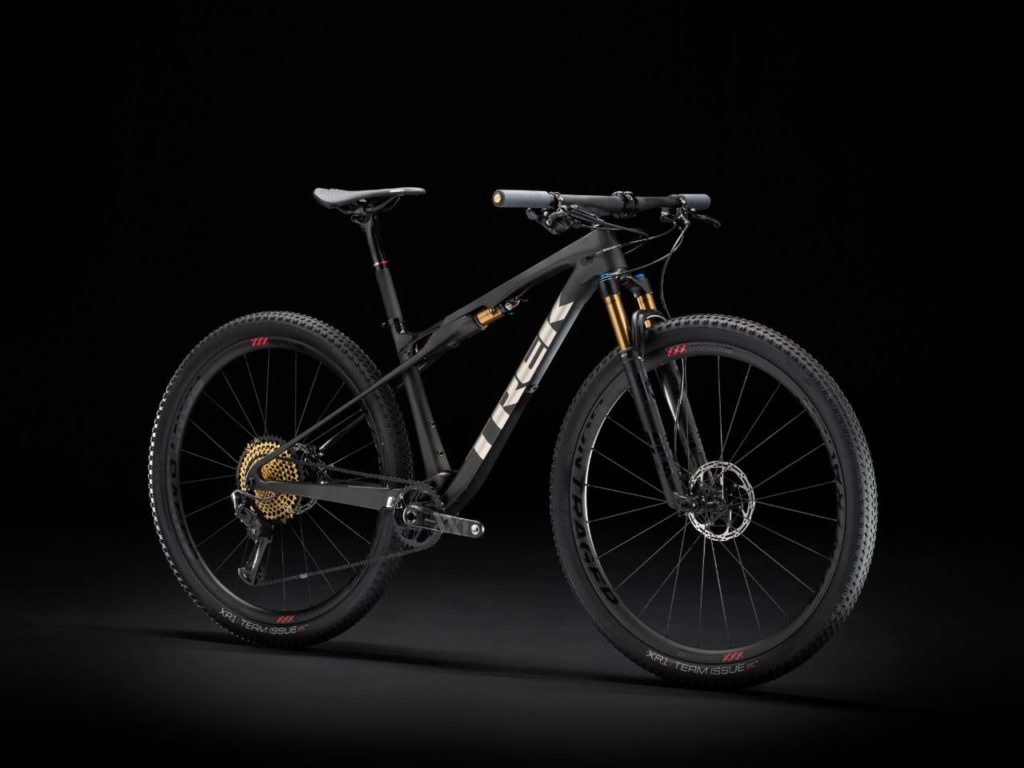 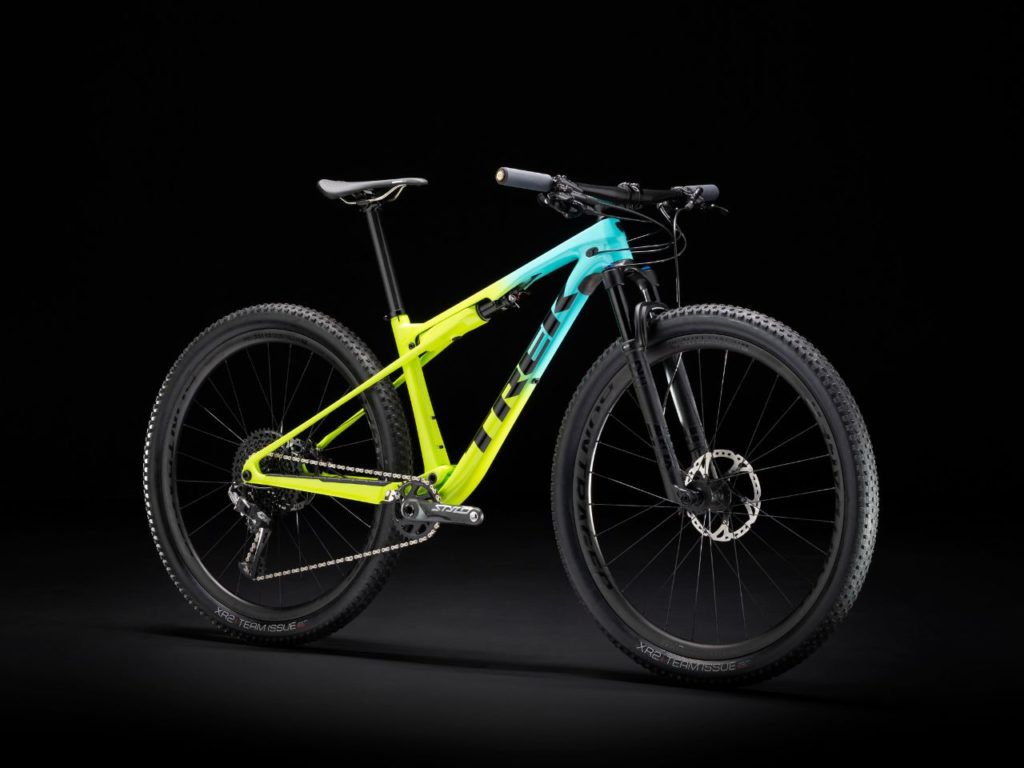 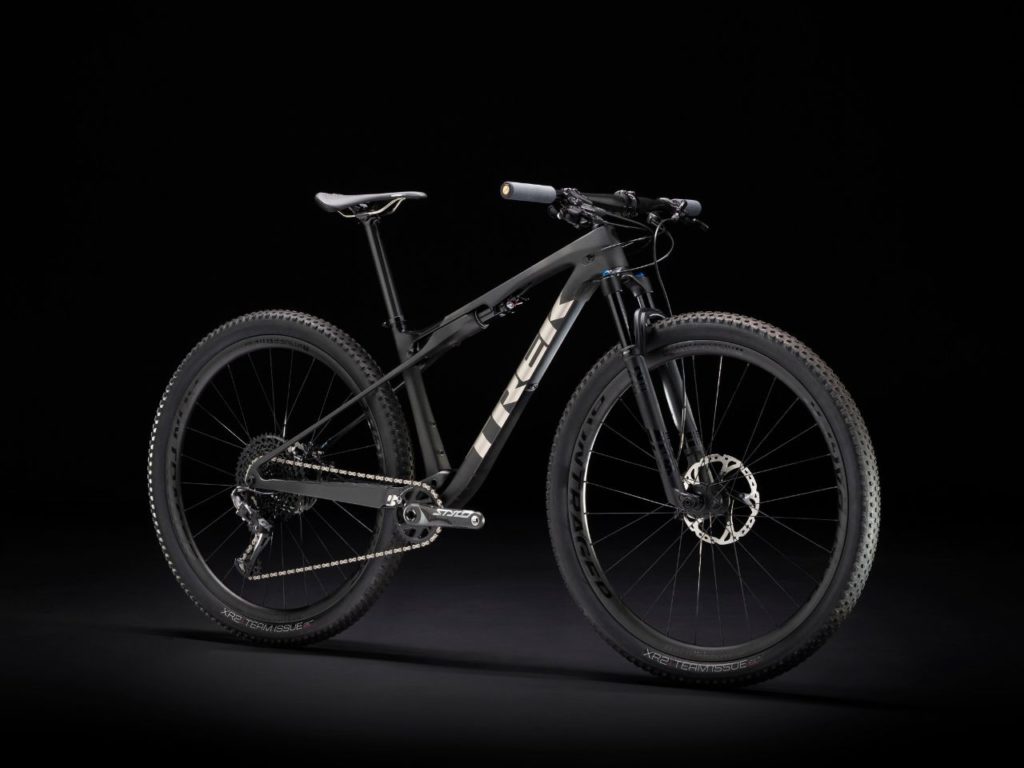 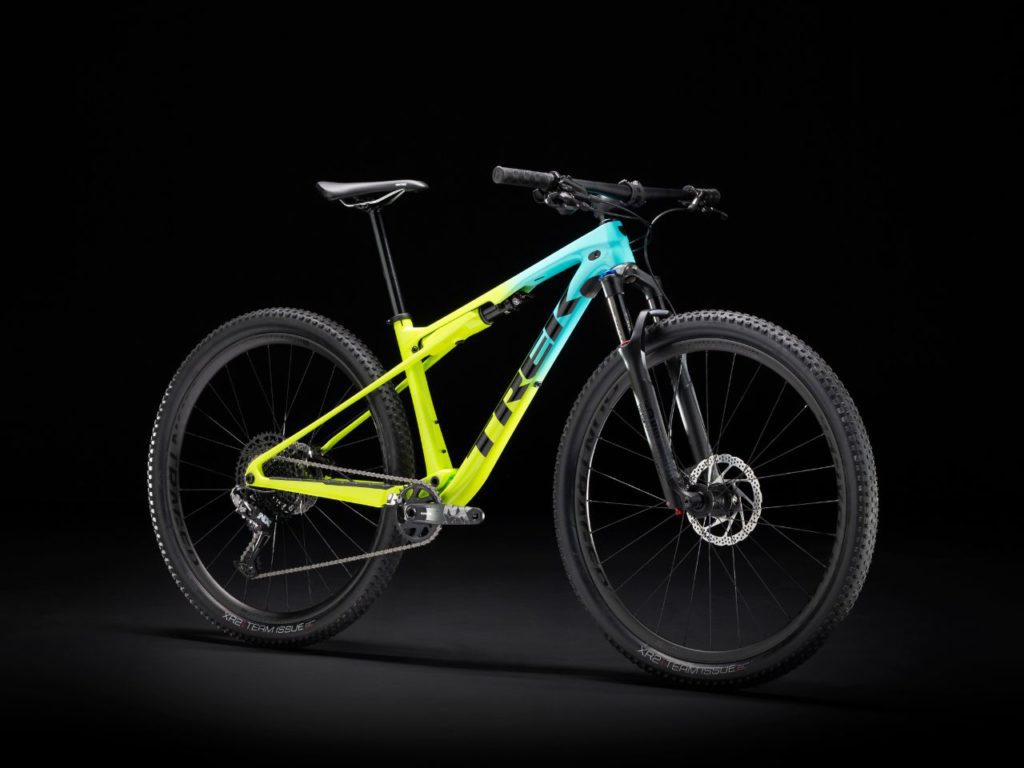 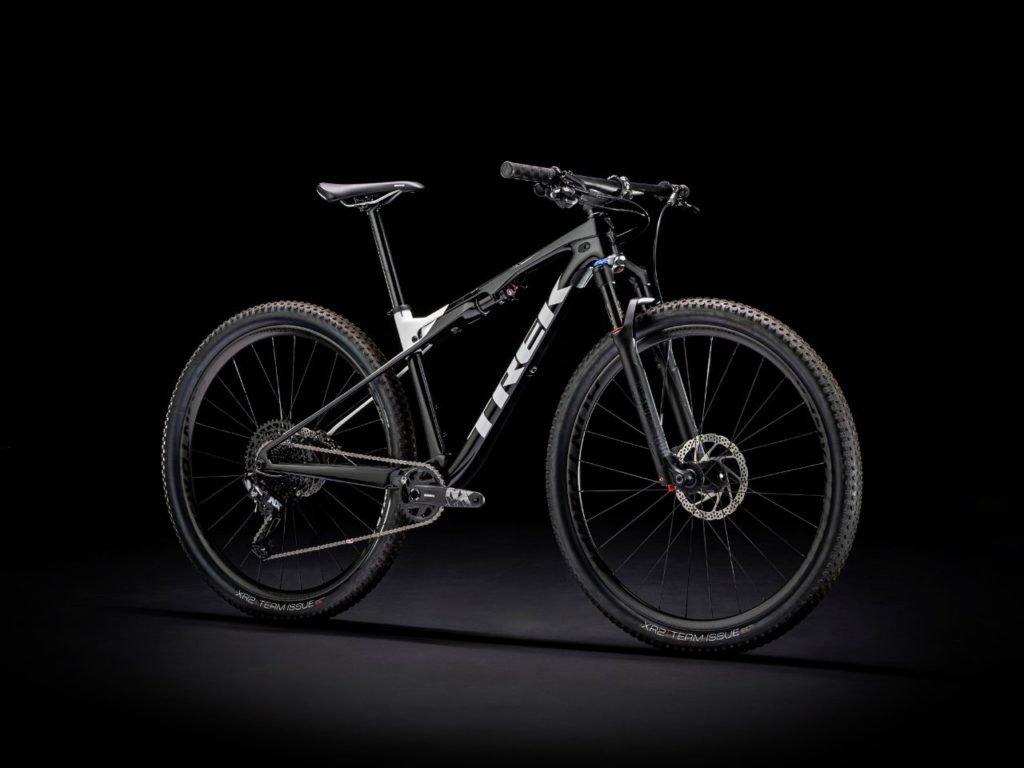 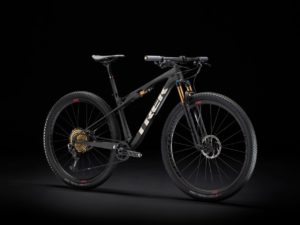 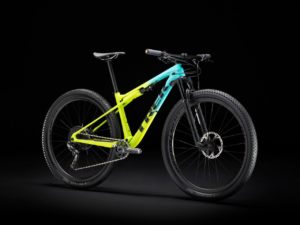 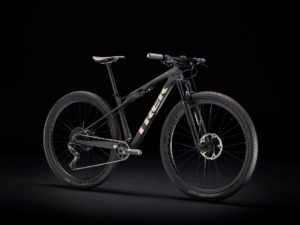 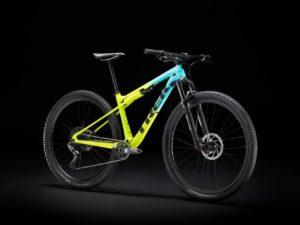 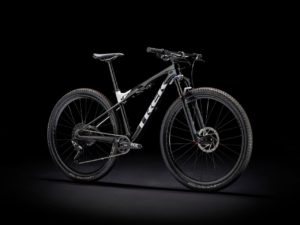