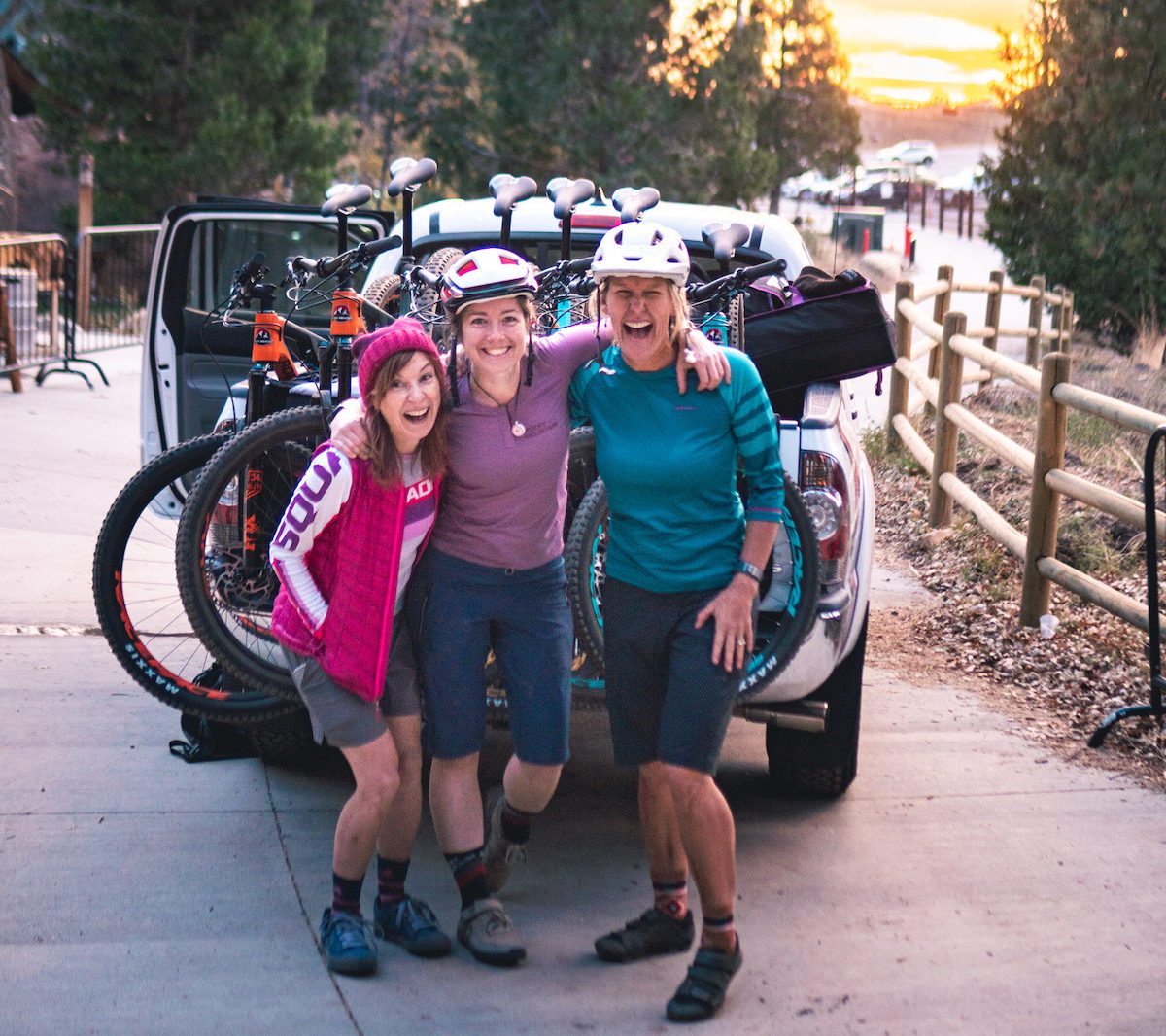 A community has the power to bring people from all corners of the world together and none is more fun or more welcoming than the mountain bike community. Probably because riding full speed over rocks, jumps, roots and pushing pedals deep into the woods is such a unique feeling. Like catching a wave or skiing pow, the feeling of riding creates a strong connection between anyone who has lived it. That is my guess anyway.

After our brush with Death Valley, we made our way back to the coast and to civilization to spend some time exploring the L.A area. It is there that the mountain bike community showed me, once again, how embracing it can be. 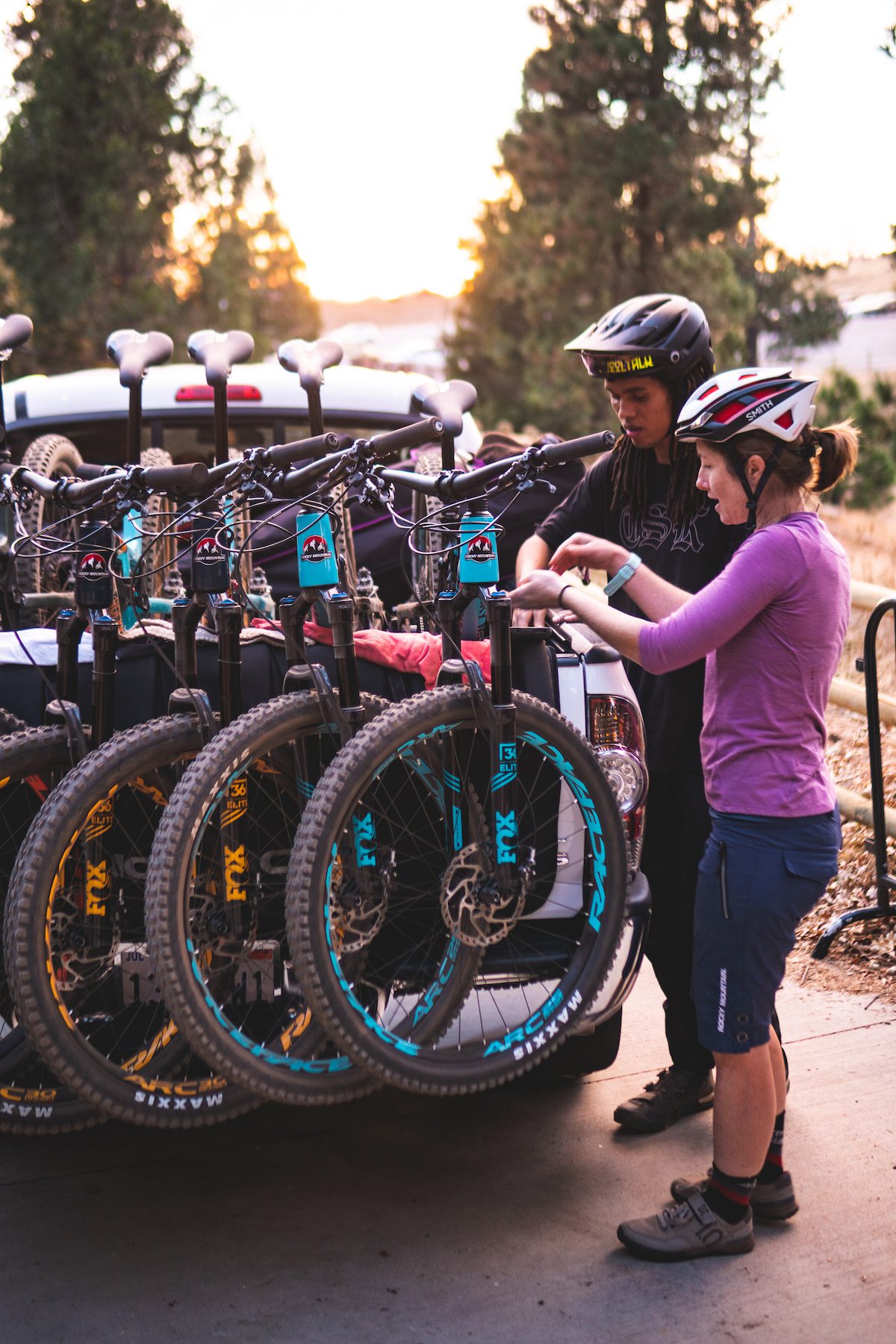 Sky Park, a small riding area that is run by a Santa-Claus attraction park in the mountains above L.A, is full of jump lines and fast trail. We didn’t spot big guy in red, but I did connect with all-around rad lady Kriss Goss and her fun loving crew to ride some flow trails. 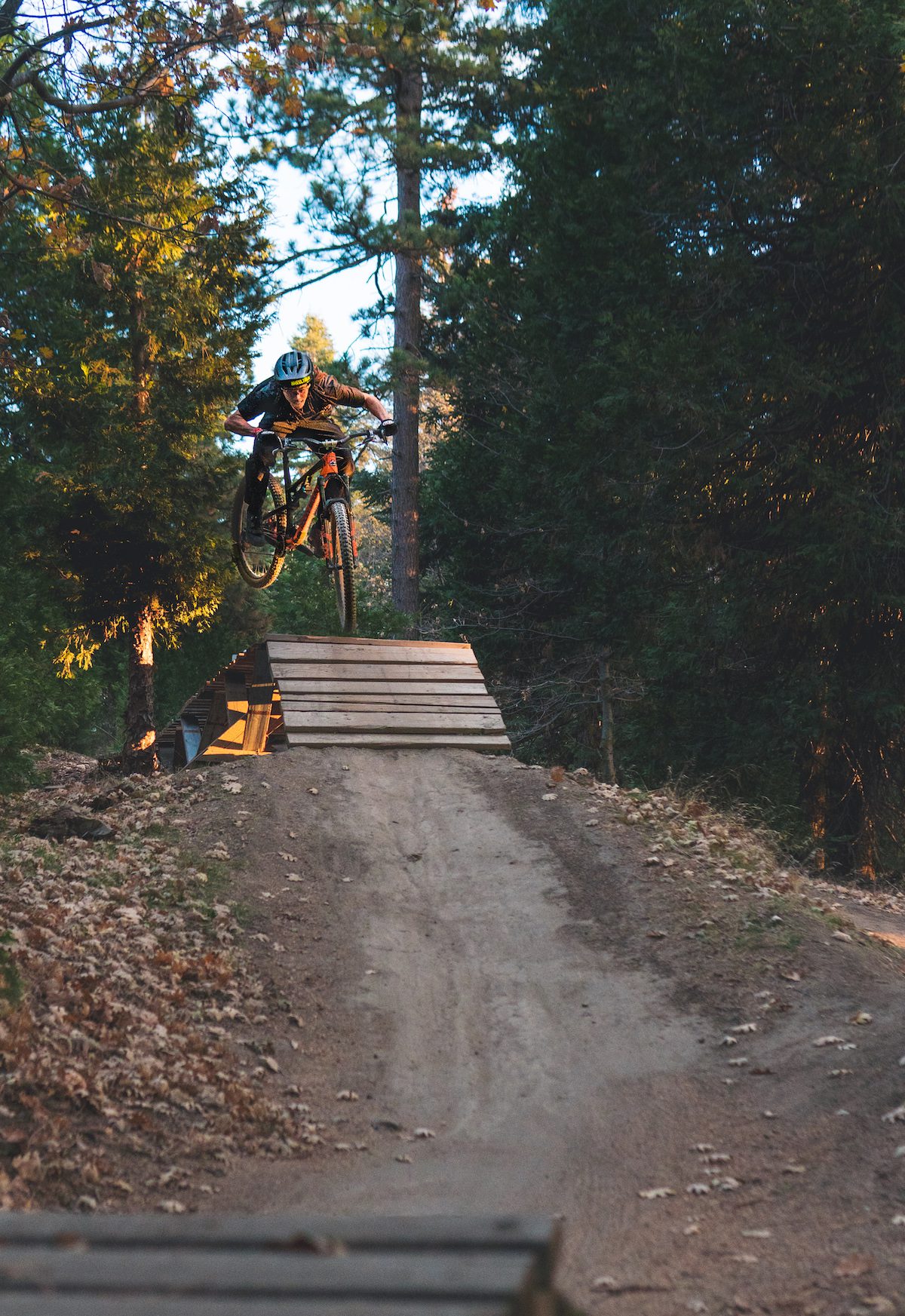 Good conversation and laughs were had on the climbing trail to the top. Despite having met them only minutes before, it felt like we had been riding together for years. The top of the climb seems to always be where conversation is at its lightest. Relief because the climb is over and excitement for the descent to come brings out the giggles in people. 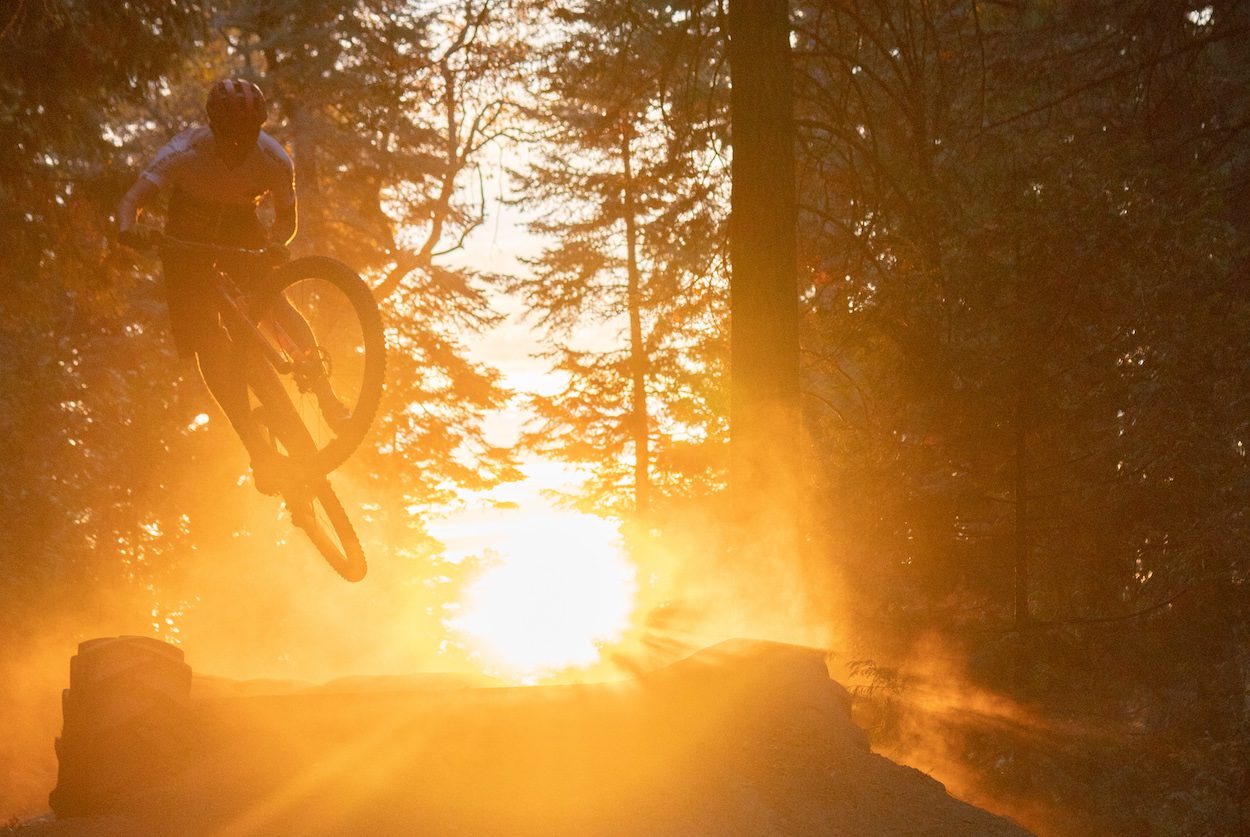 We followed each other down a fast and flowy trail only stopping to session a small jump that was perfectly illuminated by the sunset. Once again, golden hour proved to be the best time ever as we hit the jump over and over again! After the ride, we packed the bikes and shared a meal at Santa’s restaurant. As the evening was wrapping up and we said our goodbyes, Kriss invited us to Encinitas near San-Diego to surf at pipes beach. 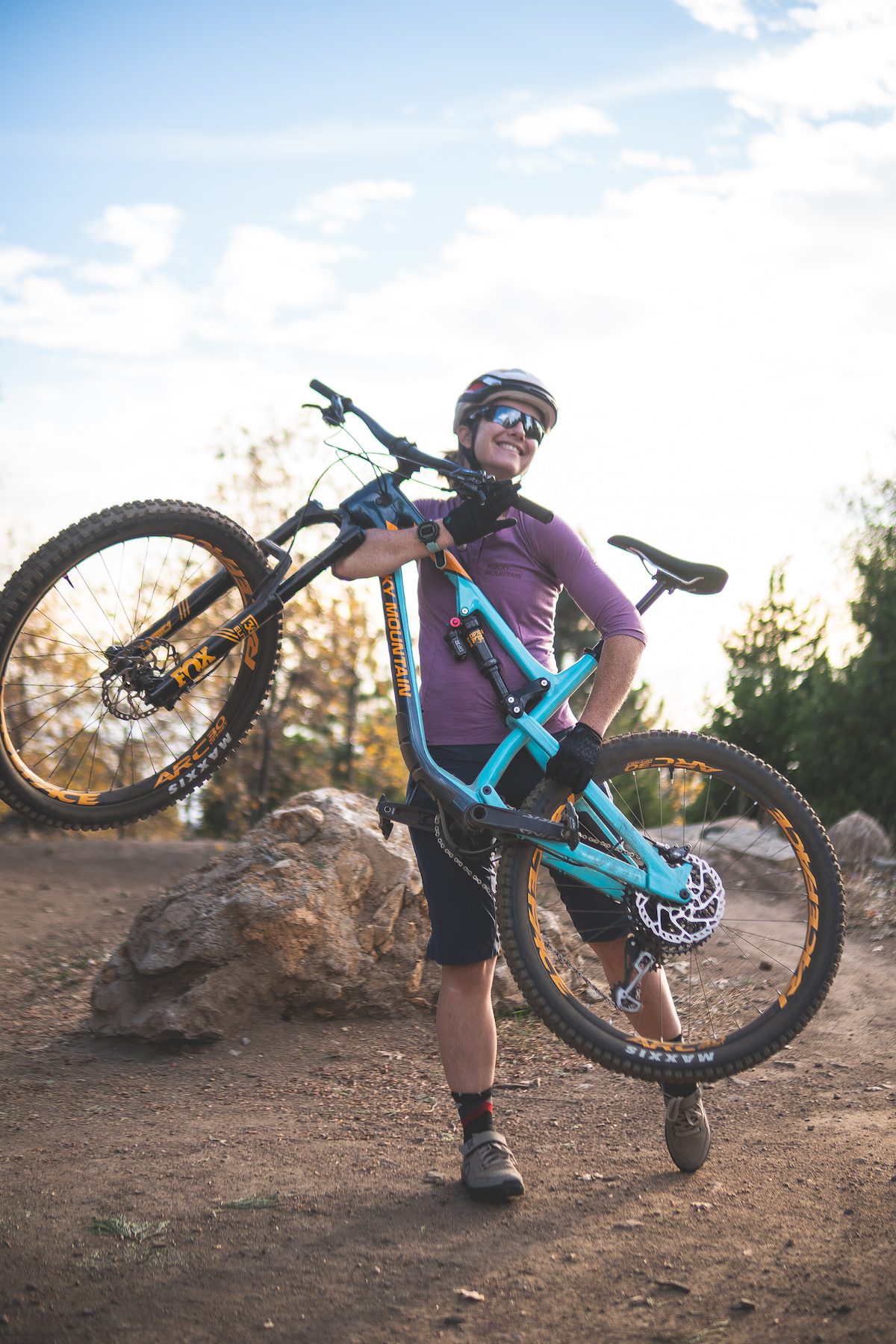 The following evening we caught up with Kriss again in Encinitas. She was generous enough to help us out with surf gear and to give a couple beginners a few tips. It took a few slams before a wave was caught, but gliding across the water with the sunset at my back made all the water I had inhaled worth it. 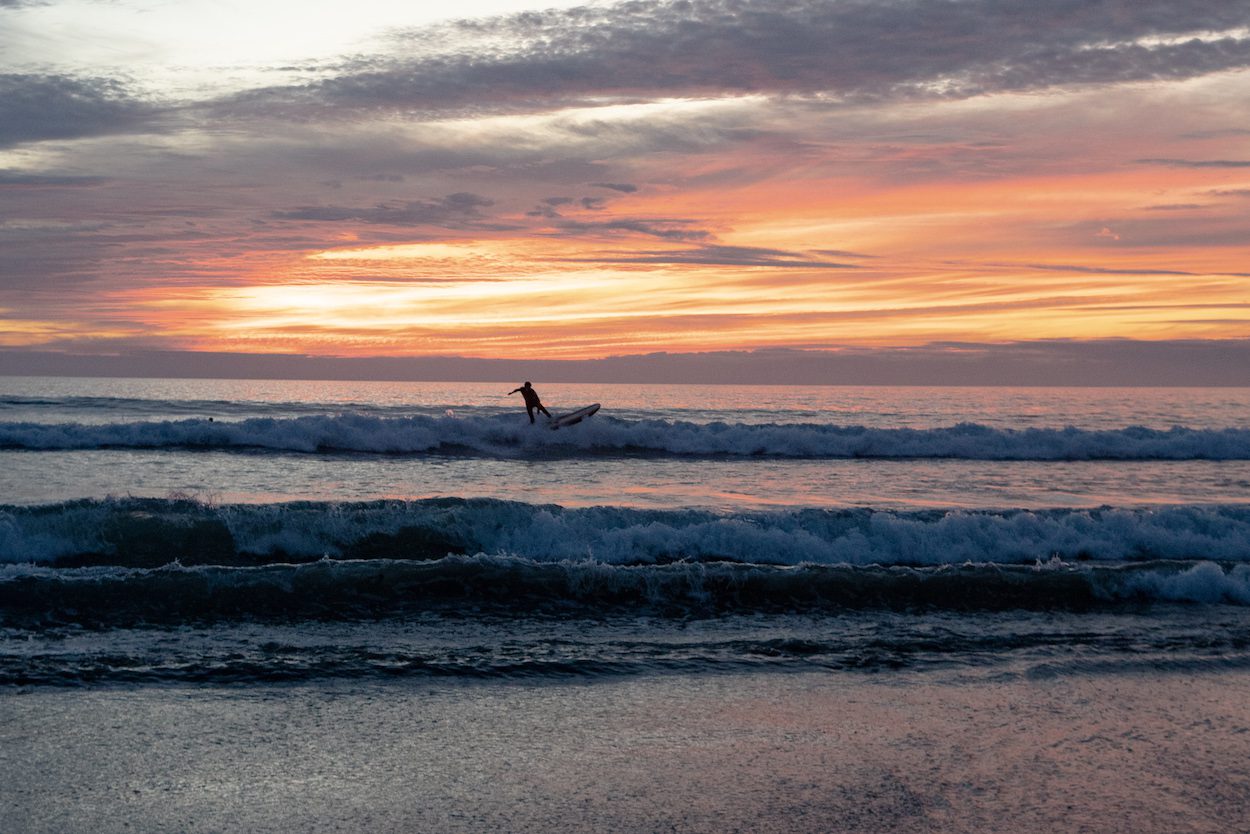 It was a fitting end to a great time in Southern California and a proper goodbye to the coast as we headed inland for the rest of the trip. Community, especially connected by something as amazing as mountain biking, has the power unite people from all over and lead to very special moments like it did for us in Encinitas. I feel very lucky to be a part of it!