Canada is home to numerous talented custom bike builders but few of them make full suspension bikes. The added complexity, in design, in materials and in construction, makes it a challenging project even for experienced builders. Way out on B.C.’s west coast, Jesse Hildebrandt is taking the project on.

A welder by trade, Hildebrandt started making bikes of all kinds under the name Wildwood Cycles. He’s expanded to small accessories as well. Now he’s adding the Seal Tooth, Wildwood’s his full suspension steel bike. After building one for himself, and seeing how well it rode, he decided it worked well enough to make a small run for sale. Pre-orders of the Seal Tooth are available now.

We caught up with Hildebrant to talk about developing the Seal Tooth, why single pivot works and the inspiration behind the frame’s name. 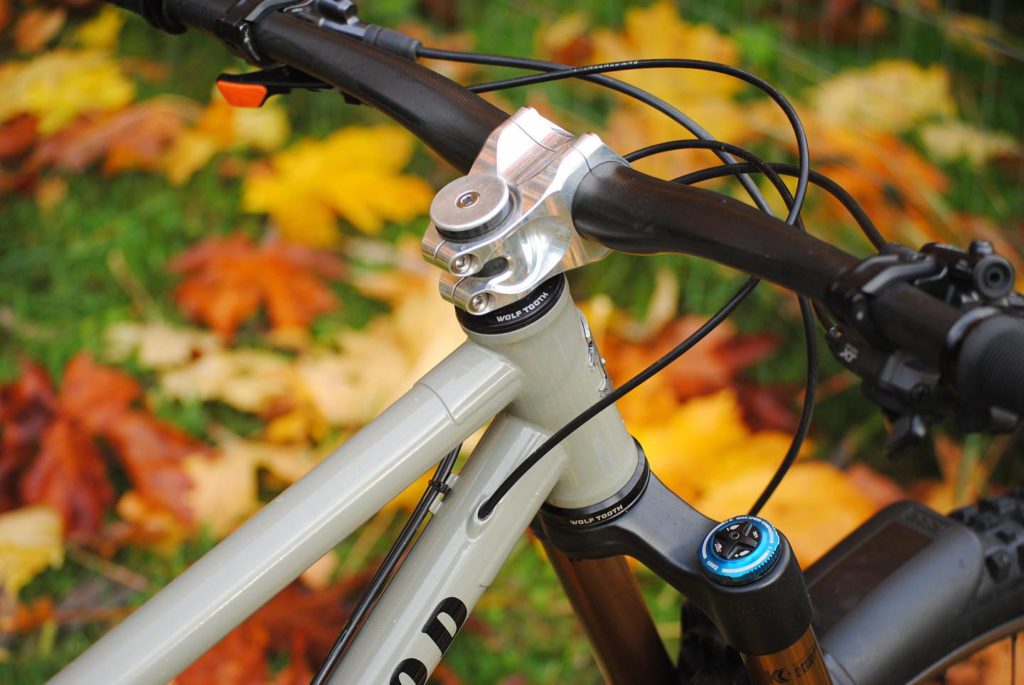 A Seal Tooth decked out in more Made on Vancouver Island goodness from Farside Components. Photo: Wildwood Cyles 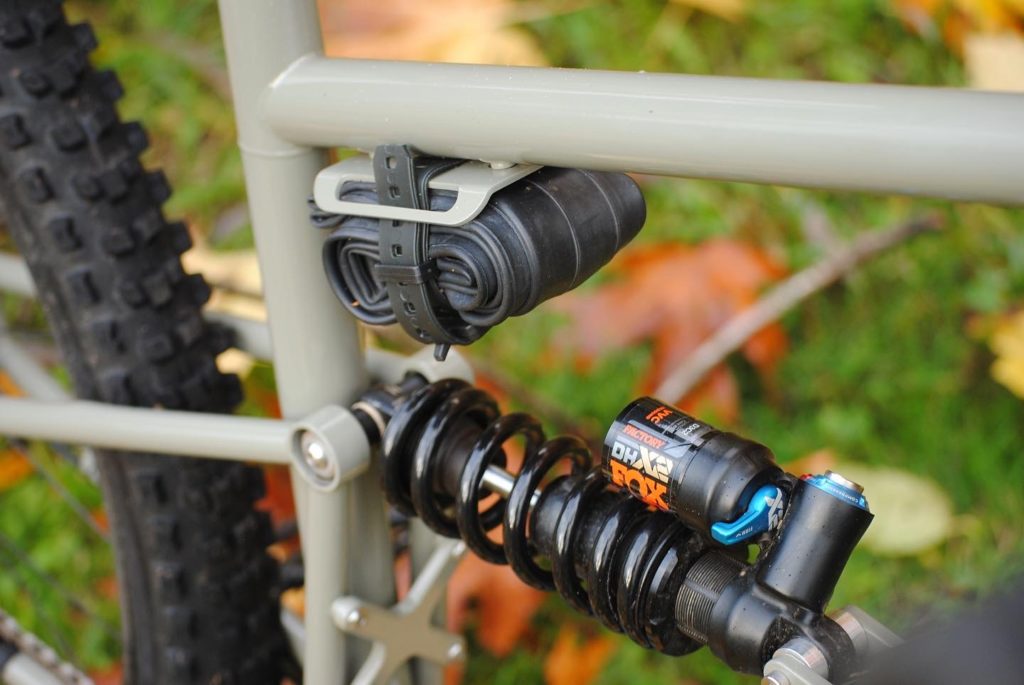 Single pivot could be all you need. Photo: Wildwood Cycles 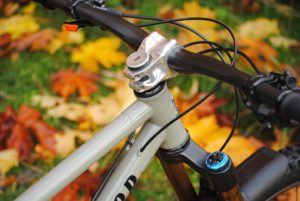 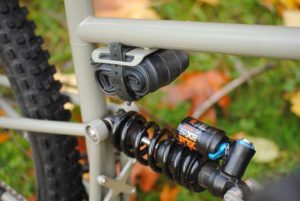 Canadian MTB: What was the process like developing the Seal Tooth? Both designing and then making all the parts for a full suspension bike.

I started machining parts for the Seal Tooth last March. After drawing out the bike I did a lot of back and fourth about pivot diameter, bearing sizes, and hardware sourcing for what I hoped to be a strong, light, repeatable design that still worked well as a single pivot and kept user maintenance low. I had done lots of reading about negative single pivot attributes that I almost got scared to even invest the time and materials into making one but my personal need for a full suspension bike and curiosity definitely drove me to go forward with it.

Fortunately I have access to lots of good machines and with a bit of AutoCAD I was able to design everything I needed for the first prototype to prove my design. Finding time was a tough one for this project, I spent a good chunk of this year doing remote beach clean-ups so I was frequently in the field and when I was back I had custom clients that would take priority of my work days. After about 6 months I had built the bike and was really stoked about how it felt and looked.

Where does the Seal Tooth name come from?

Naming anything can be annoying so I don’t often spend much time on the subject. I was finding lots of teeth while I was beach cleaning so that gave me the initial idea. Then I thought I should just tip the hat to one of the sickest surfers of all time, Dane Reynolds (@sealtooth on Instagram) because at the end of the day I just want my bikes to be ripped on. 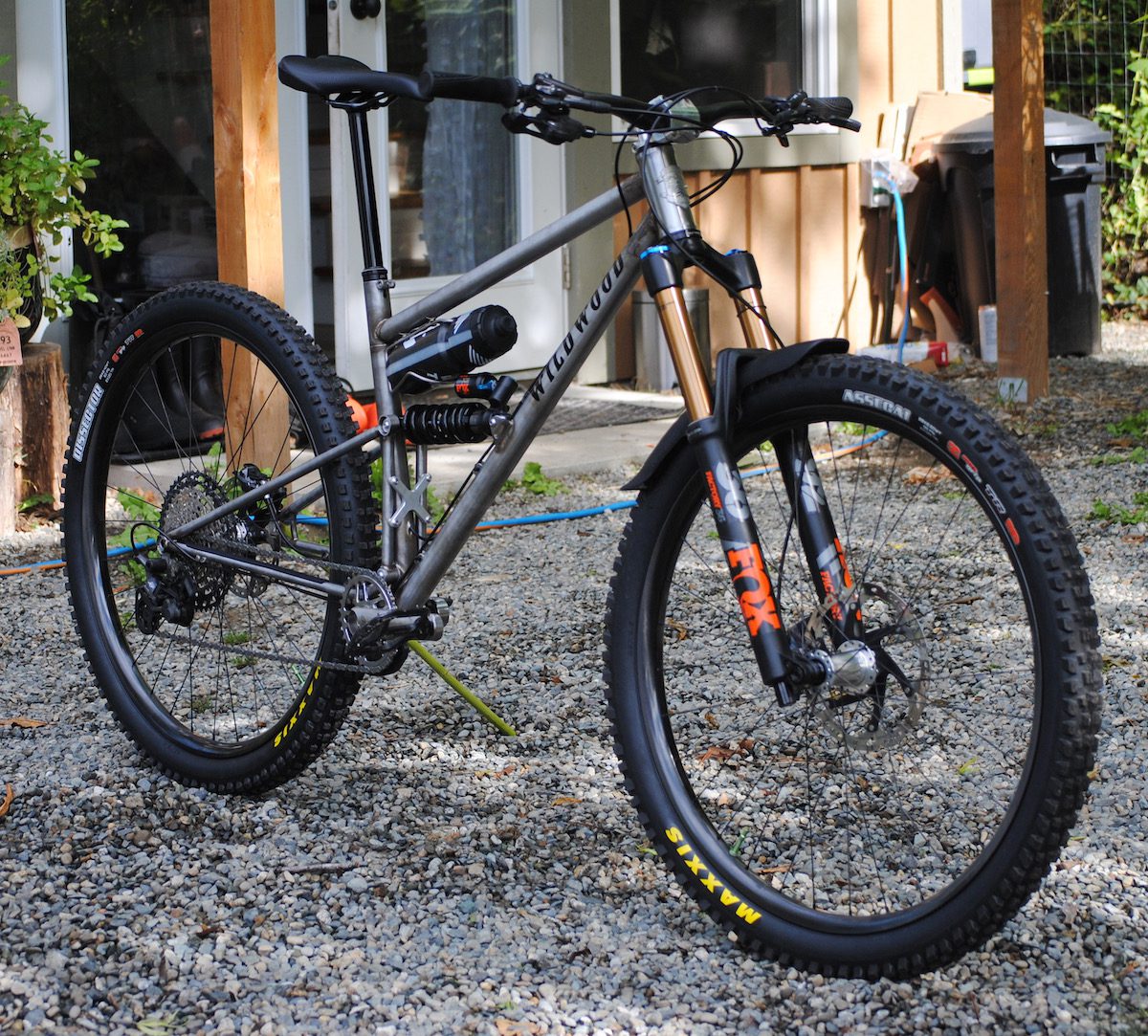 You made a prototype for yourself first. What stood out that either worked better than you thought, or that you weren’t expecting, that led you to make a production run?

The first thing that stood out to me was just that the bike worked. I remember getting off my bike after the first test lap and thinking “Wow… I didn’t feel any negative feedback from the suspension” I was almost surprised with how effective the most simple design was. After that was the geometry. I already had a pretty good idea of what was going to feel good for me but was reassured that the longer rear end paired with not a super-long reach was keeping the bike feeling very well balanced on track. I want people to feel these bikes and ultimately have an option for a closer relationship with where their bike comes from while maintaining quality and sustainability.

I have a pre-order set up on my webstore that is open until Jan. 7th but I will only be making 6 for right now due to material supply shortages.

What is the beach cleaning project you’ve been part of?

The crew that I was on board with this year is called Rugged Coast Research Society, a Non Profit based in Nanaimo that specializes in marine debris locating, data, removal etc. We worked alongside several other Non Profits in British Columbia to complete the largest marine debris clean up in Canadian history totaling over 100 tonnes. Our crews worked all over B.C.’s North, Central, South and Vancouver Islands East coast.

Having lived on the Island my whole life I was always aware of marine debris but the opportunity to be as close as I was to some of the most affected areas was truly awakening. I don’t think we fully grasp the level of destruction our coastline is facing due to fishing industry and general carelessness of where the garbage we generate goes or how quickly it can recharge in certain areas but I hope that with all of the publicity on this years projects we can take the necessary steps to maintain a cleaner coastline, ocean and lifestyle. It’s a battle that will likely never end and we were all grateful to have had government funding this season to make everything possible.

Follow @Rugged.Coast.Research.Society on instagram for info on how you can help, powerful images and a video of a whale being freed from a net this season.