“After an Olympic year, it can be pretty busy. I was doing public speaking and took a course. I was pulled in lots of directions,” Olympic bronze medallist Catharine Pendrel explained from a café in her hometown of Kamloops, B.C. a few days before flying to Europe for the start of the World Cup season.

Pendrel’s season is about to swing into full gear with the first round of the World Cup in Nové Město na Moravě, the Czech Republic on May 20 and 21 and the second round a week later in Albstadt, Germany. Last year, Pendrel won the overall World Cup classification but defending that title isn’t a top target in 2017. “I always go into the World Cup season trying to do my best. The overall is not my goal. Consistent performances across the season are.”

In order to come out of the off-season motivated and ready to perform at the top level, something that is a challenge for many athletes the year after the Olympics, Pendrel likes to mix things up in the off-season. “I really like to ski. That is sort of my reset. If you bike all year, you can get a little flat on it. 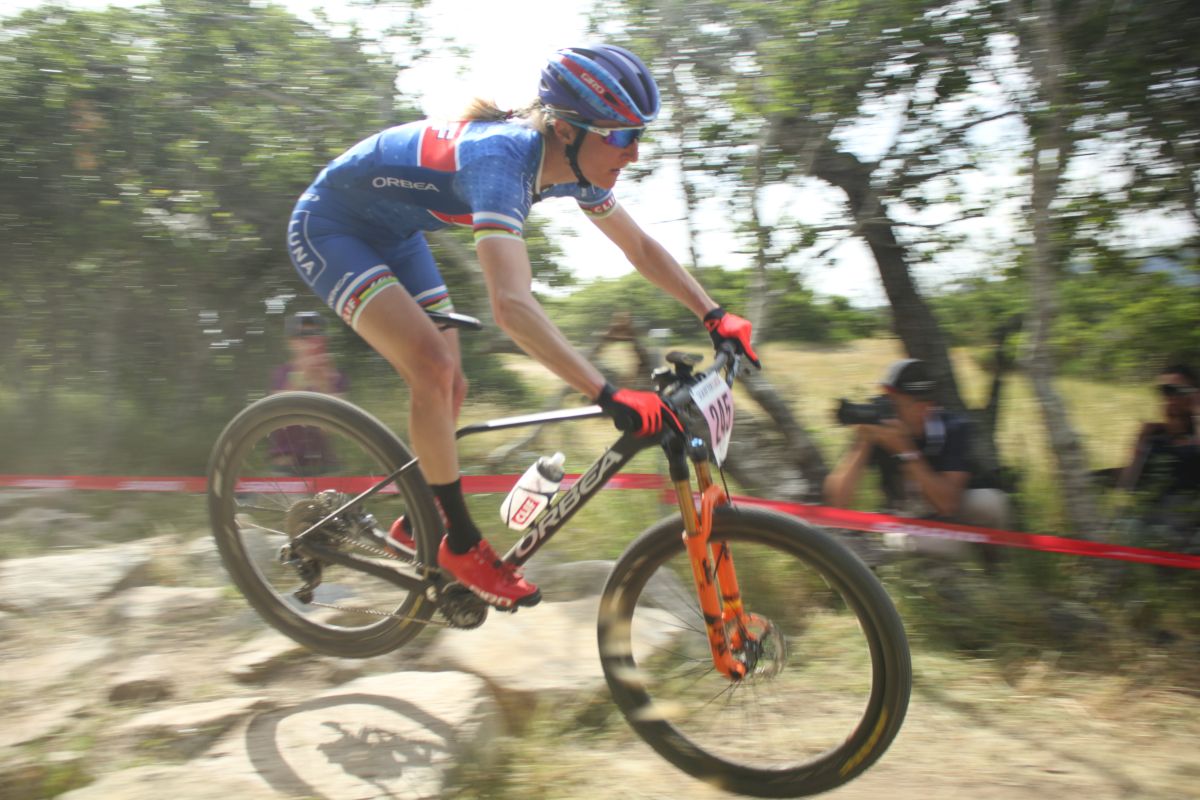 “In the fall I like to do technical skill work,” Pendrel explained. “It’s also a good time for changing up the gym program when you aren’t as worried about getting sore.”

Another aspect of the off-season is changing sponsors. Pendrel will be wearing apparel she is familiar with from racing on the national team at the Olympics and world championships as Garneau come on board to support the Clif Bar Team. “When you are changing equipment at the high-end they are known products of proven quality. Garneau did custom skinsuits for the Olympics. We were all really happy to have that. It’s great to have a Canadian company that really invested in us.”

Obertraun, Austria! Awesome little course nestled in these mountains. Lots of techy descents and steep climbs to challenge us in tomorrow's HC race. Luckily I had some Clif and Canadian teammates to quickly dial in my lines and enjoy the sunshine that came out after the intense rain. @bikereva @sandrawaltermtb @leandrebouchard

With cross country races getting more technical features in recent years, riders are choosing to run different equipment on their bikes like dropper seat posts that allow riders to more easily navigate the most technical sections of courses. “This year I will race with a dropper seat post, so the off-season is the time to make sure I am efficient with that,” Pendrel said about the change in gear for the coming season.

Pendrel, 36, has been at the top of the sport for almost a decade now which lead to questions after her success at the Olympics whether her career was nearing its end. Pendrel feels she still has room to grow in the sport and is driven to keep competing. “Because I have been at the top for 10 years people make presumptions,” she explained. “People only slow down as they age because they lose motivation. If you can find what motivates you, you can perform well into your forties. I don’t want to put a ceiling on my career.”

Pendrel kicked off her European season a few days after arriving in Europe with a third place at Dachstein-Salzkammergut Mountainbike Grand Prix in Obertraun, Austria on Sunday.

On whether she feels the is on heat to continue performing at the level she has in the past, Pendrel said, “I don’t feel pressure that way. Racing is an opportunity to do your best. I always want to do well for my sponsors and always put my best foot forward.”