During the First World War, the advantage of a bicycle-mounted army battalion over a horse-mounted one became obvious. Quiet and stealthy, the bicycle covered as much ground as the horse, but required far less care and attention. Cyclists were thought to make good soldiers because they were considered to have above average intelligence, and many were also “teetotallers.”

It was no surprise, therefore, that when the 1st Canadian Division of the Canadian Expeditionary Force began training at Valcartier, Que., in September 1914, it was announced that a cycle unit was also to be formed. As a result, the 1st Canadian Cyclist Corps left Canada aboard the SS Ruthenia. Landing in England on Oct. 20, 1914, they proceeded to Pond’s Farm on Salisbury Plain under the command of Capt. C.S. Robinson of New Liskeard, Ont.

Once there, the cyclists received training in musketry, bombing, bayonet fighting and the use of the Lewis machine gun. With their bicycles equipped in much the same manner as horses, each with a bed roll on the front and a rifle slung on its side, the cyclists carried out traffic control, served as trench guides, acted as ambulance carriers and were often called upon to bury the dead. Even though a fully loaded bicycle weighed more than 40 kg, a cyclist was expected to transport men and supplies over more than 60 km of rough terrain and deep mud in a single day.

With cyclist companies also being formed with the 2nd, 3rd, 4th and 5th Divisions, a total of 1,200 soldiers comprised the five divisional cyclist battalions from Canada. These cyclists, known collectively as the “Suicide Battalion” or “Gas Pipe Cavalry,” had casualties so high that it became increasingly difficult to keep track of the individual units. As a result, in May 1916, the various companies were united into one outfit: the Canadian Corps Cyclist Battalion.

The man responsible for supplying the Canadian military with bicycles was Tommy Russell, general manager of Canada Cycle & Motor Co. Ltd. He had been named as the purchasing agent for the Canadian Expeditionary Forces by Col. Sam Hughes, minister of militia and defence. While most of the early bicycles were CCM and Planets made in Canada, many of these were later traded for British-made BSAs.

It was during the last 100 days of the war that the Canadian Corps Cyclist Battalion came into its own. Freed from their earlier manual labour, the cyclists began to perform the intelligence work for which they had been trained. Sent in advance of the infantry to keep in touch with the retreating enemy, the cyclists acted as battalion runners, dispatchers and scouts, as well as soldiers who took part in direct combat.

Before the conflict was over, the Canadian Corps Cyclist Battalion had fought at Ypres, Vimy Ridge and Passchendaele. In the end, it was reported that a Canadian cyclist, Garnet W. Durham of Regina, was the first Allied soldier to cross the Bonn Bridge into Germany following the armistice of November 1918. During the course of the war, Canada’s courageous cyclists had gone from being looked down upon to being at the head of the line.

Ode to a Pedal Pusher

We often recall the old C.C.M.
The first old steed we rode
With its coaster brake and the streamlined frame
And one rear rack for our load.

—from “Ode to a Pedal Pusher” by Ted Henderson, 1st Division Cyclist Corps 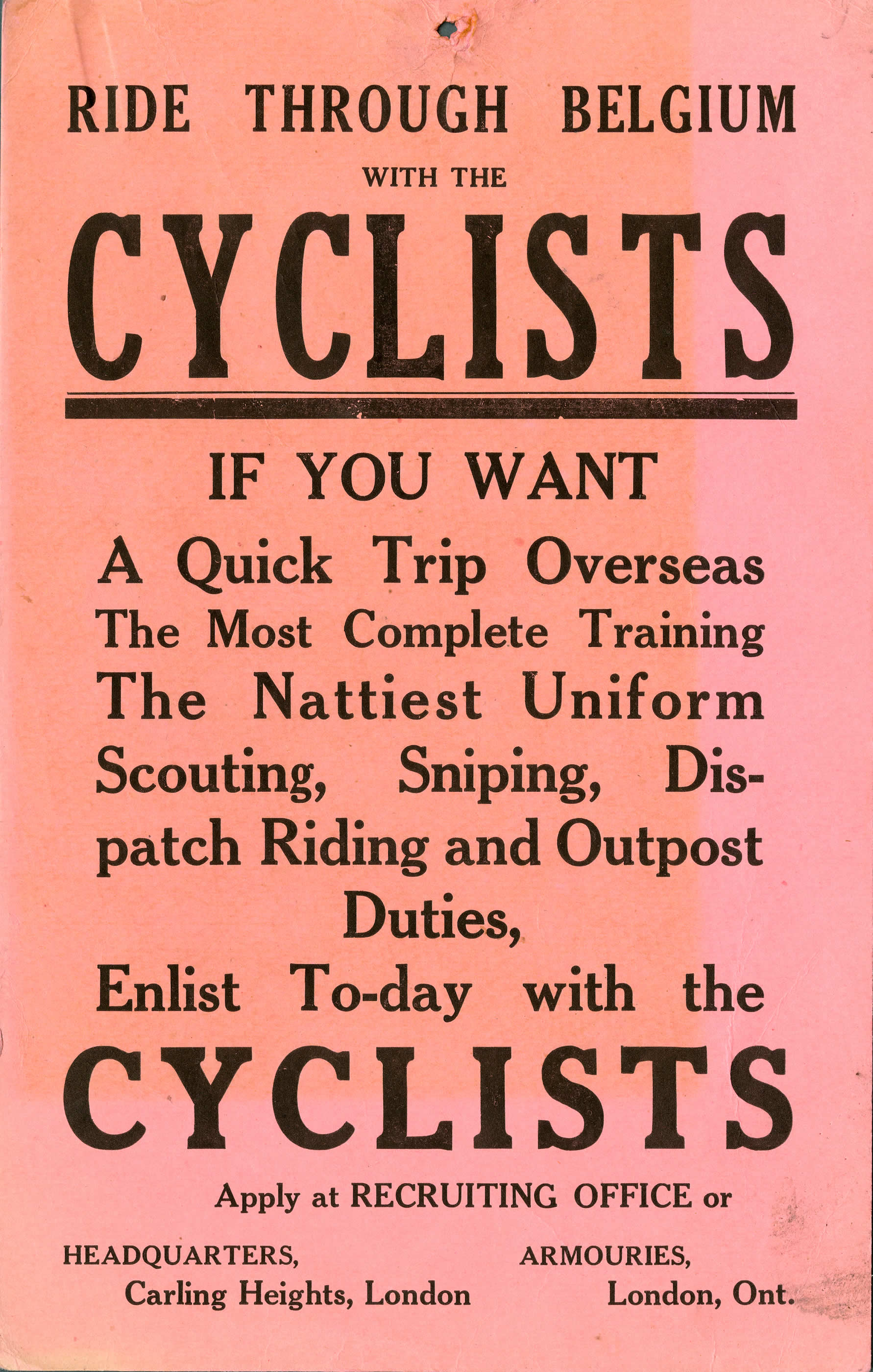 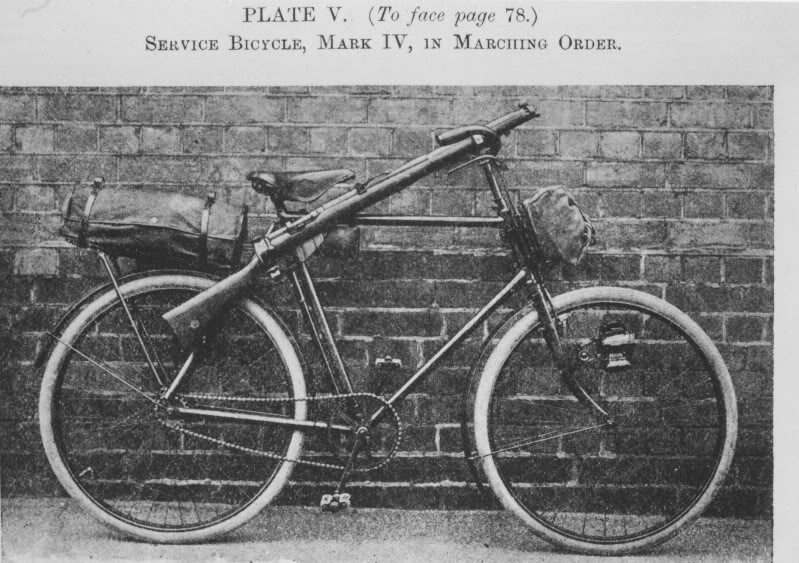 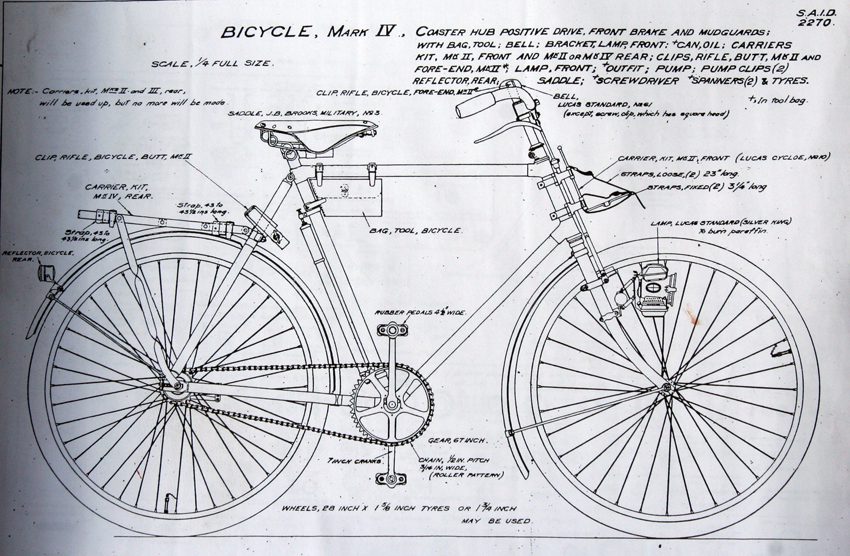 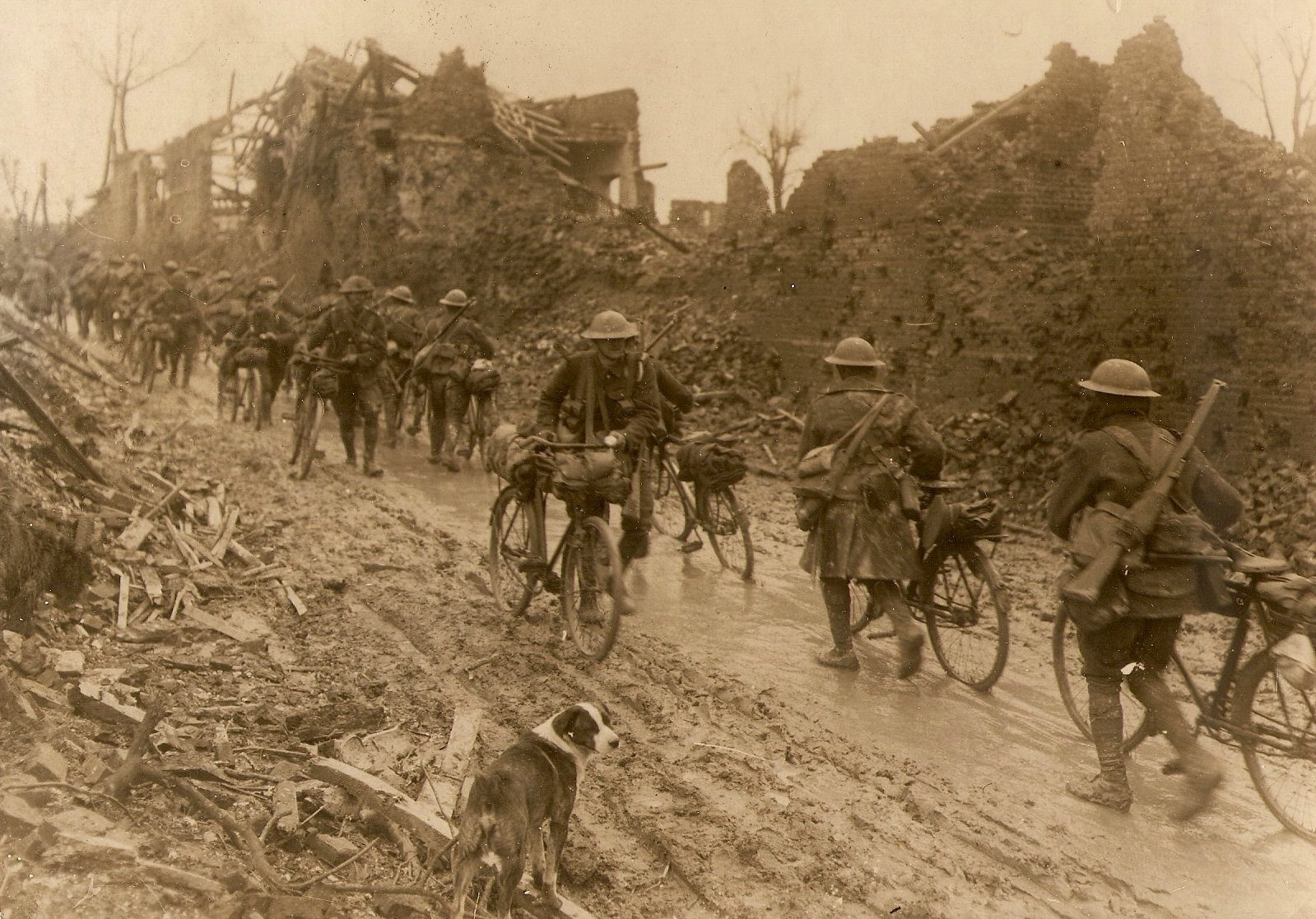