When Tyson Schley started looking at his own bike store, Giant was the first thought in his mind. After years of selling the brand through an independent dealer in Vancouver Island, Schley knew the bikes, and knew the line.

“I’ve sold their bikes forever. If you’re going to have a stand-alone store, you need diversity,” says Schley. “Giant in one of the only brands where you can open up a location anywhere, and you know you’re going to have everything you need. In general, Giant makes a bike for just about everybody.”

Schley ended up opening up shop just down island from his Qualicum home, establishing Giant Victoria. It’s one of 16 Giant stores in Canada. Each one is independently owned. The main difference between the Giant stores and any other bike store is that they will carry a single line of bikes, though Giant stores do carry some other soft goods and accessory lines in addition to what Giant offers. 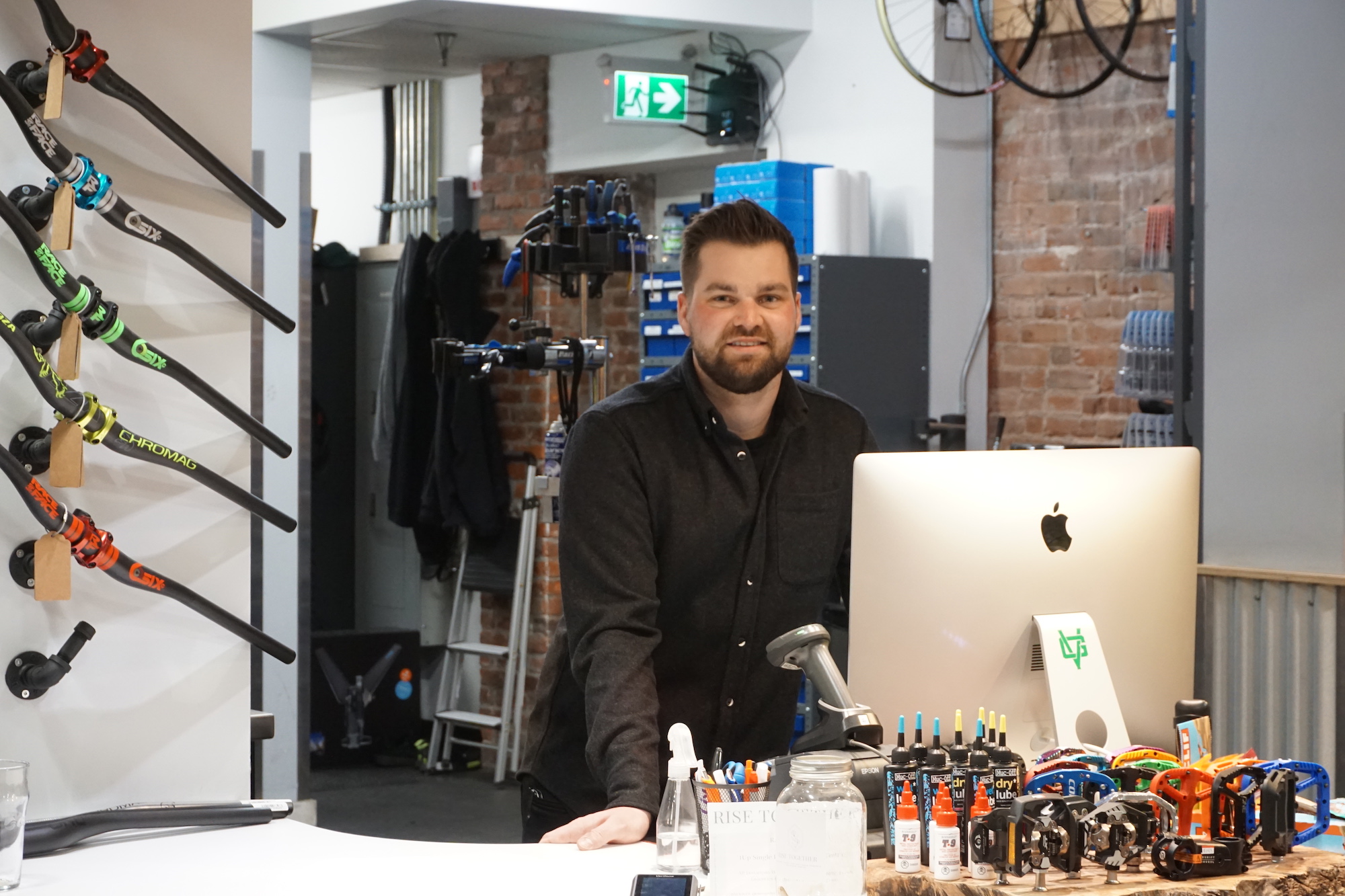 For Schley, that independence is important.

“People in Victoria care about shopping local,” says Schley. “Giant doesn’t own the store. While they’re a global brand, it’s a small operation in Canada. They’re great to deal with.”

Local ownership is an important part of each store’s success. After some initial support establishing each Giant Canada store, ensuring the local operation is up to Giant store standards, the shops run independently. As much as Giant Canada supports Giant stores with exclusive marketing programs the Dealers don’t have access to an unlimited supply of Giant bikes. They have to place their orders at the start of the year like any other shop. Knowing the local market, roads and trails is key to making successful stock decisions.

“We know what we can sell,” says Schley. After nearly a decade working in bike stores around Vancouver Island, he’s tuned into what bikes will work in the Victoria area. “We’re never really worried about having too many bikes. Especially this year.”

The current bike boom has presented similar problems for the Giant stores across Canada. They still had to pick their stock at the start of the year, and they still have to wait for more to arrive like other Giant dealers. Giant Canada manages the supply of what comes into Canada, making sure that, while Giant stores get some priority, all dealers have access to bikes to sell in a challenging year. 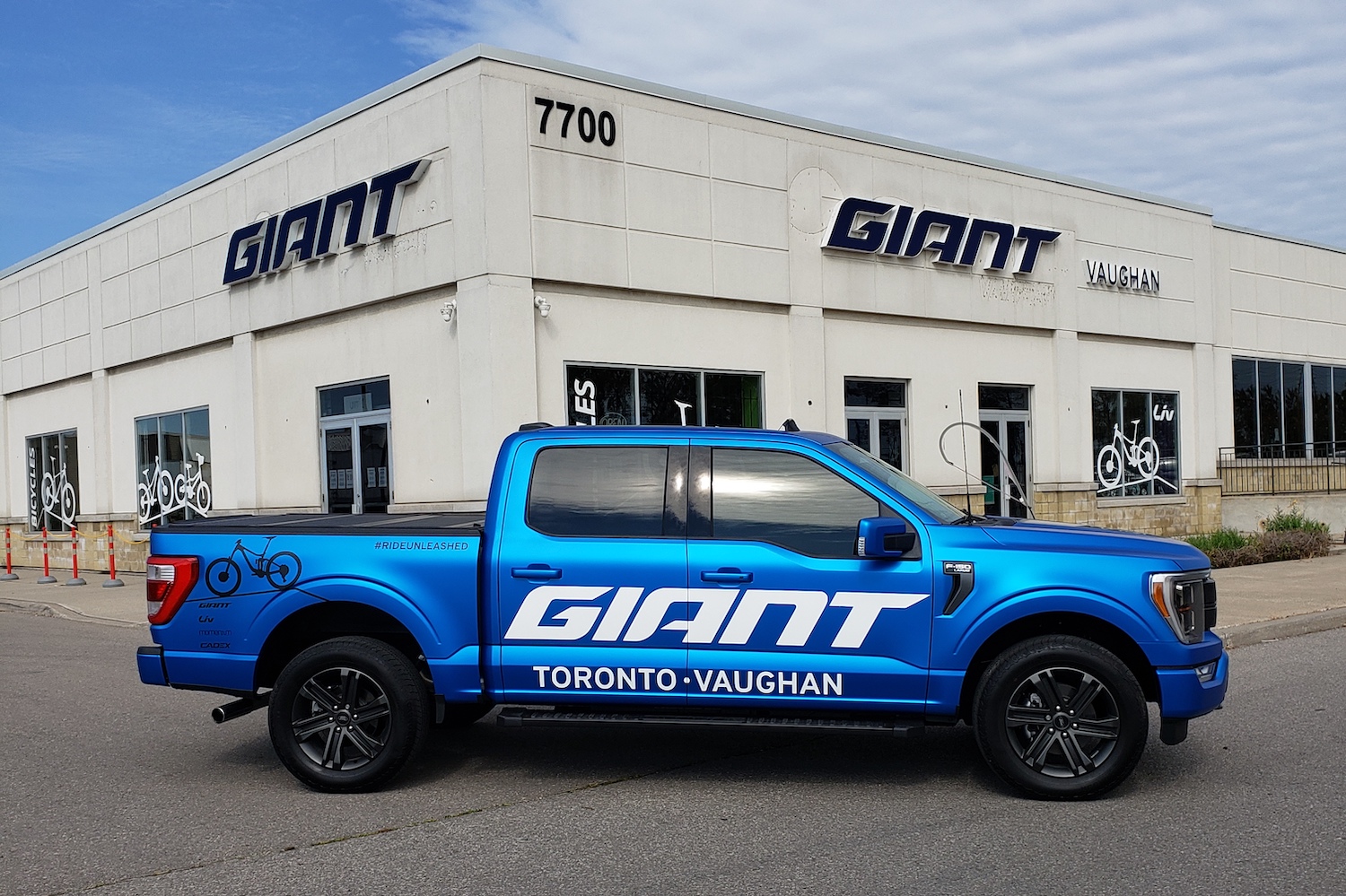 The other big change, besides demand, is the rise of online ordering. Canadians are shopping from home more and more, and bikes are no different.

For Giant, which launched its online sales back in 2017, keeping the local retailers involved was a huge part of the decision to sell online. When you order a bike directly from Giant Canada, you pick which dealer you will pick it up at. That store then builds and assembles the bike, and gets the same margins it would any bike on its showroom floor.

During COVID, this arrangement was a huge lifeline for stores in Ontario or Quebec, where there were extensive lockdowns. Customers could order online, then do curbside pickup and the closest Giant location. It means shops were kept in the loop, financially, but also means that they could keep building relationships with the new bikers joining the community.

Which is important, as the local pick up location receives their margin from the online sale and becomes responsible for any warranty or service issues. Each store sets their policy differently. Bikes bought online aren’t serviced by Giant Canada, it’s the local shop that is best suited for that. If you buy a Giant online, the store you pick it up from is also the one that is your best bet for taking care of the bike. 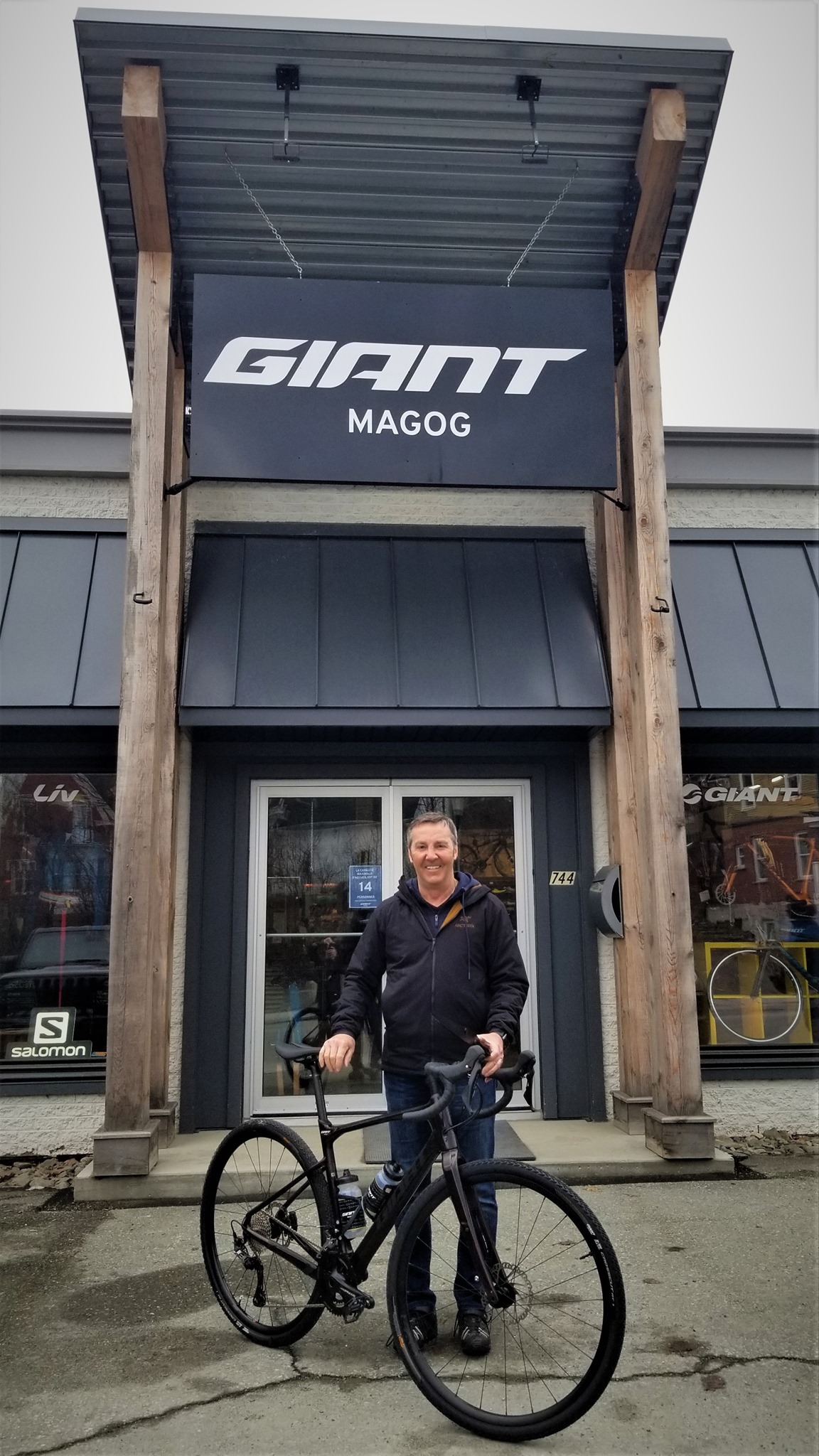 “We’ll do our best to help everyone, obviously,” says Schley. Each dealer has their own set of after sales policies, and Giant Stores are no different. Any free service included has to be performed at the shop that the bike was purchased from. Unfortunately, however, when it comes to warranties, shops are not compensated for any labour costs, that’s all put on the dealer. Effectively, you’re not buying the bike from Giant Canada, you’re buying it from the local independent retailer you pick it up at.

It also means that you can’t, say, walk into Giant Victoria and ask for something that’s in stock in Giant Vancouver. And if you buy a bike with a lifetime service policy from Giant Toronto, that service policy only applies at Giant Toronto. If a warranty issue comes up, labour costs that aren’t covered by Giant Canada’s warranty are covered by the local shop, which is much easier when the shop makes the initial sale

This independence requires a level of trust, on both sides, that Schley says is an important part of why Giant stores are thriving across Canada. Especially as the brand moves further into a mix of online sales and continued support of local retailers.

“We’re successful because we’re able to have such a good relationship with Giant Canada,” Schley says. “Their trust in letting individual stores run with their brand, the way it works best in our local areas, really pays off for everyone involved.”