A lot can change in one year. The Ineos Grenadiers’ dreams of Tour de France victory truly died this morning when it was announced that 23-year-old Egan Bernal will abandon the race. Dropping out of the Tour de France is a hard decision—one made particularly difficult when they eyes of the world are on you, heavy with expectations. As the defending champion, there is no way to quietly leave the race.

Since World War II seven defending champions have abandoned the Tour de France. Some left in dramatic ways, some seemed to just fizzle out while others cracked under the pressure.

French cyclists Roger Walkowiak’s life took a negative turn after his 1956 Tour de France victory. Rising star Jacques Anquetil was the favourite to win that year, not the unknown Walkowiak, and the fans did not hide their disappointment when Walkowiak took the general classification title. To make matters worse, he was only the second rider to win the Tour without actually winning any of the stages—his name became a part of the French lexicon: To do something “à la Walko” meant to succeed unexpectedly or without flair.

Walkowiak did not react well to the public’s response to his win. He rode the 1957 Tour but fell to the bottom of the field and abandoned on stage 18. He competed for two more years, then retired to run a bar in south-west France, where even his customers teased him about his Tour win. His confidence shattered, he left the bar to work at car factory in Montluçon.

In 1957 the fans got what they wanted when Jacques Anquetil won the Tour de France. Anquetil dominated, staying in yellow from stage 10 onwards and beating second place Belgian rider Marcel Janssens by 14 minutes and 56 seconds. He would go on to win the Tour four more times in his career, but he first had to experience a humbling 1958 race.

The French national team for the 1958 Tour was riddled with internal conflict. Anquetil didn’t want to share leadership with three-time Tour winner Louison Bobet or the strong Raphael Géminiani. Géminiani was demoted to the regional Centre-Midi team but Bobet was selected for the National team. Bobet and Anquetil were required to work together. Ultimately, Anquetil’s egotism was unnecessary, as he failed to make his presence known in the general classification throughout the race and finished by abandoning on stage 22 as he felt sick. Géminiani finished third in the GC.

In the 1959 Tour de France, Federico Bahamontes made an early escape in the Pyrenees, holding 0n tightly to the mountains classification from stage 10 and then the general classification as of stage 17. The Spanish cyclist took advantage of the ongoing internal rivalries on the French team and managed to hold off both Henry Anglade and Jacques Anquetil.

One year later, Bahamontes returned to France to defend his title, but got no further than the first two stages. He became ill and left the race on the second stage. 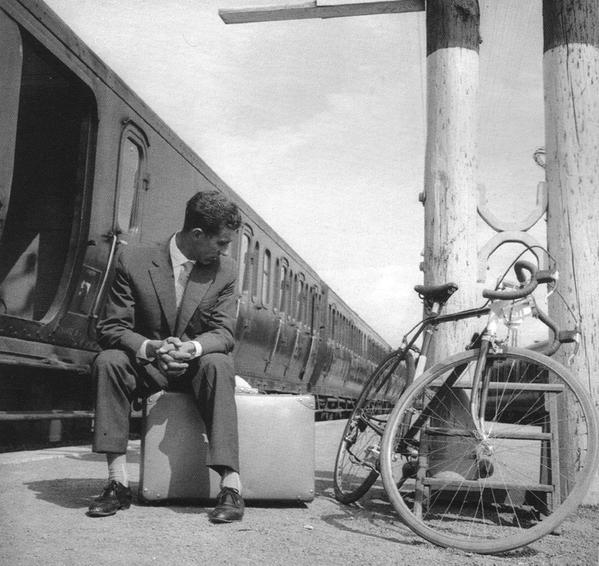 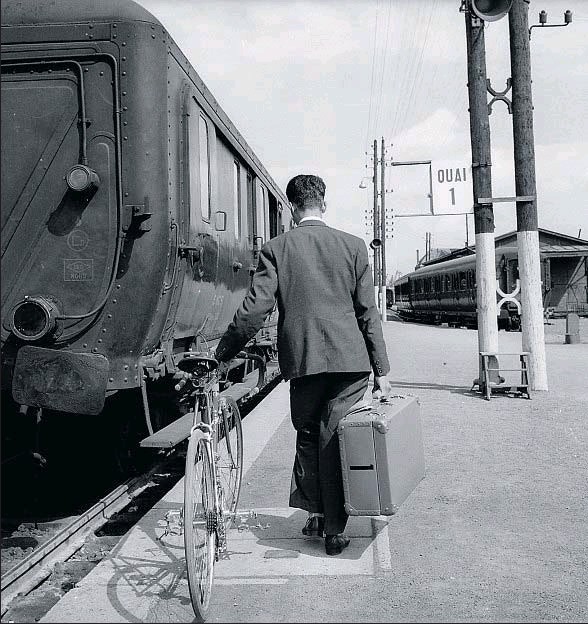 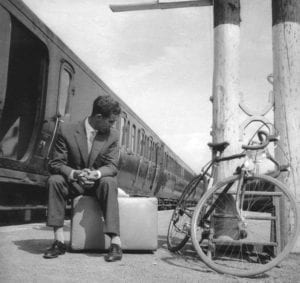 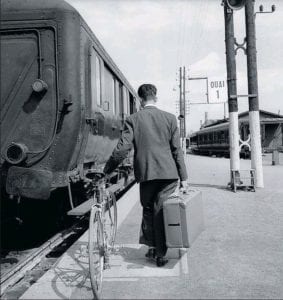 “One of the most poignant photographic images in Tour history captured the dejected Spaniard sitting on the platform astride his suitcase as he waited for the train to take him back home having abandoned the race before it even really got going,” said cycling historian Roger St Pierre.

Bahamontes would go on to finish second at the 1963 Tour de France and third in 1964.

From 1973 to 1978 Bernard Thévenet experienced a numerous highs and lows. To begin, the French cyclist finished second in the 1973 Tour. Returning in 1974 he aimed to win, but he was forced to abandon on Stage 11 due to illness.

In 1975 Thévenet finally got his Tour de France victory after he attacked Eddy Merckx on the col d’Izoard—Merckx never recovered and finished second to Thévenet.

The next year, Thévenet, had a good spring season, winning the Dauphiné. He was considered a strong contender for the general classification, but he failed to live up to expectations. Lucien Van Impe, Thévenet and Joop Zoetemelk battled through the Alps and the Pyrenees, but once the race flattened out it was clear that Van Impe came out on top and Thévenet abandoned on stage 19 .

Thévenet narrowly won his second (and last) Tour in 1977, beating out Van Impe, Merckx and Zoetemelk. During the winter of 1978, he had been hospitalized with liver issues (that he attributed to long-term steroid use), but he lined up for the Tour that summer. He was forced to abandon in the mountains of the eleventh stage, leaving dramatically in an ambulance.

The powerhouse cyclist had won his first Giro D’Italia in 1980 and was set to duel it out with Joop Zoetemelk for the Tour de France victory. He started out strong, but on stage 5—which contained some cobbled sections used in Paris–Roubaix—wet and windy weather plus rough terrain caused him to suffer damage to his left knee. Despite the conditions, Hinault finished first in the stage.

By stage 11 he was in the yellow jersey, taking the lead over Zoetemelk, despite his knee pain was worsening. His tendonitis continued. Though Hinault finished stage 12 still first in the GC, he told the race organizers after the stage that he would abandon and left for home immediately. 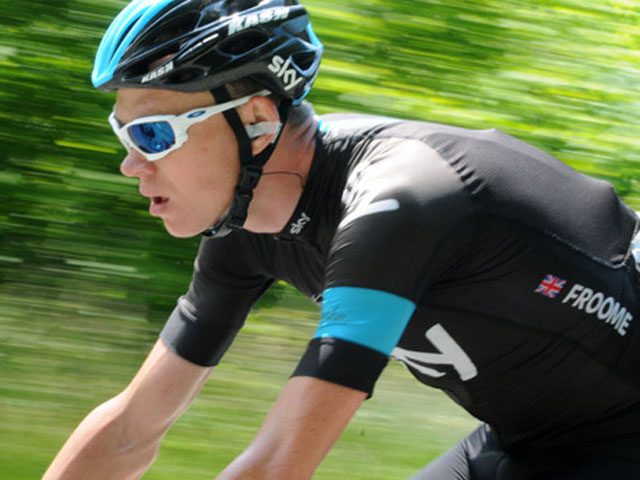 Similarly to Hinault, Chris Froome has a cluster of first place Tour de France finishes with one DNF thrown in. The British cyclist won the race in 2013, 2015, 2016 and 2017.

His first win, in 2013, was set in motion when he took the yellow jersey from Daryl Impey on the eighth stage. Froome maintained his lead for the rest of the race and won with four minute and 20 seconds on Nairo Quintana.

Returning in 2014, Froome was a pre-race favourite for the general classification but early on in the race he was forced to abandon. The cyclist crashed out in the fifth stage after falling three times over two days—he suffered a fracture to his left wrist and right hand. 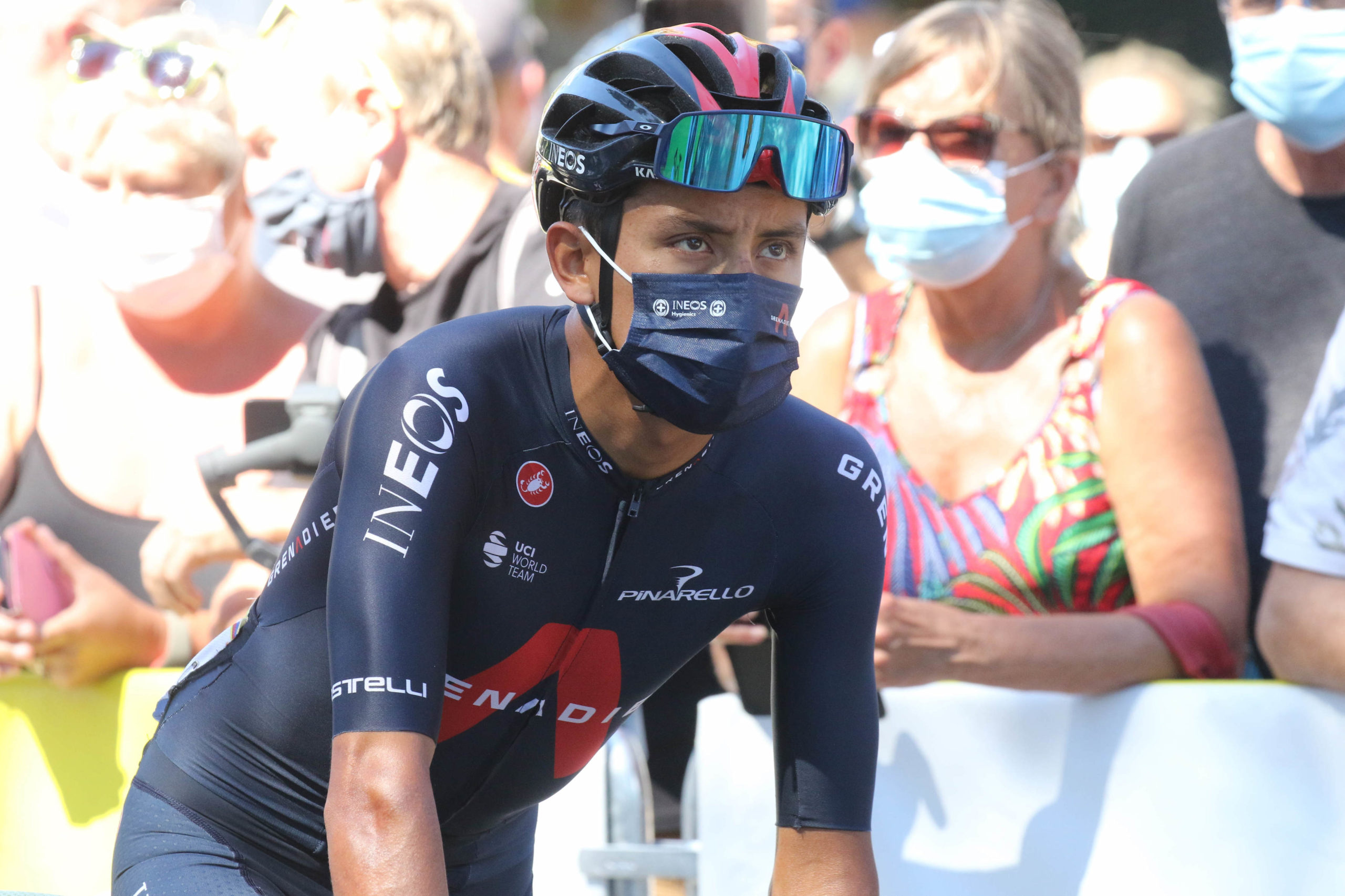 At just 22, Egan Bernal was the first Latin American winner of the Tour de France. In 2019 it seemed like the Team Ineos domination could not be stopped, but the picture this year is markedly different.

Ineos Grenadiers team principal Dave Brailsford said the decision to pull Bernal out had been taken “with Egan’s best interests at heart”.

“Egan is a true champion who loves to race, but he is also a young rider, with many Tours ahead of him, and at this point, on balance, we feel it is wiser for him to stop racing,” he said.

Bernal abandoned ahead of stage 17, citing back and knee pain. The young cyclist had started out strong, wearing the best young rider jersey for six stages, but he cracked on the Col du Grand Colombier Sunday. The decision to abandon was made after he lost further time on Tuesday’s stage 16.