The live music and event industry has been hit hard by the pandemic, forcing many to get creative with their medium. The solution for Dom Whiting, a UK DJ, is to bring his local rides/sets to a global audience with a unique, three-wheeled mobile livestreaming setup.

Whiting helps run an event in Buckinghamshire, England, called Audio Venom, where frequently livestreams his house and drum&bass sets. “I’ve always been wanting to take [the livestreams] to the next level, but I never really followed it up thoroughly,” he says. With no possibility of an in-person audience during the pandemic, he figured now was the time to get creative with the his livestream locales.

The DJ started with what he calls some “static” livestreams—he played sets first on a local roundabout (very British), and then at a McDonald’s drive-through. “After both of these went really down well I found myself in a-bit of a ‘no mans land’, not knowing what to do next,” he says. After a night out, a friend suggested Whiting should try DJing on a bike. 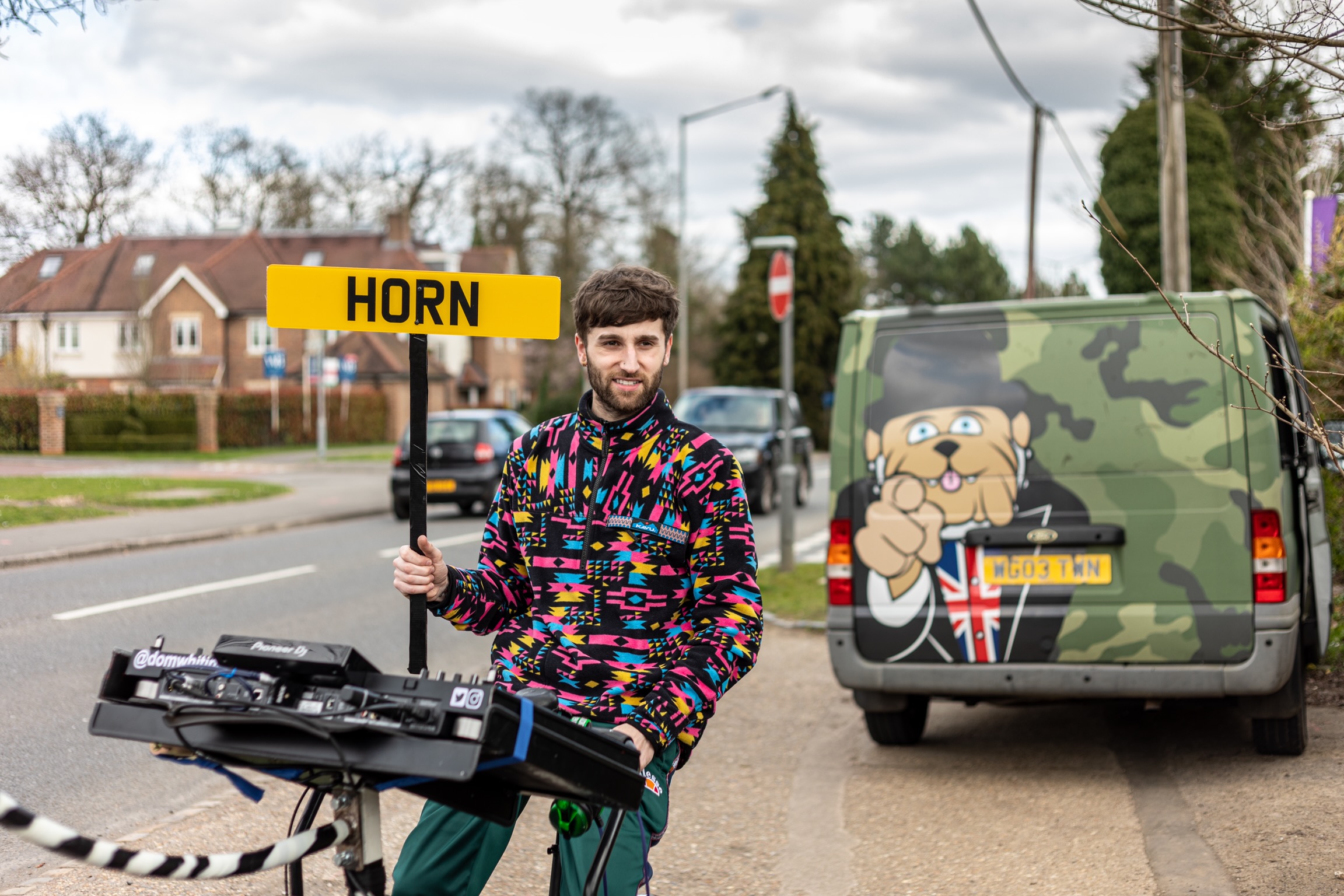 “I didn’t take it seriously at first,” he says, “but a very short time after I found myself searching the internet for a bike suitable for what was being discussed.” 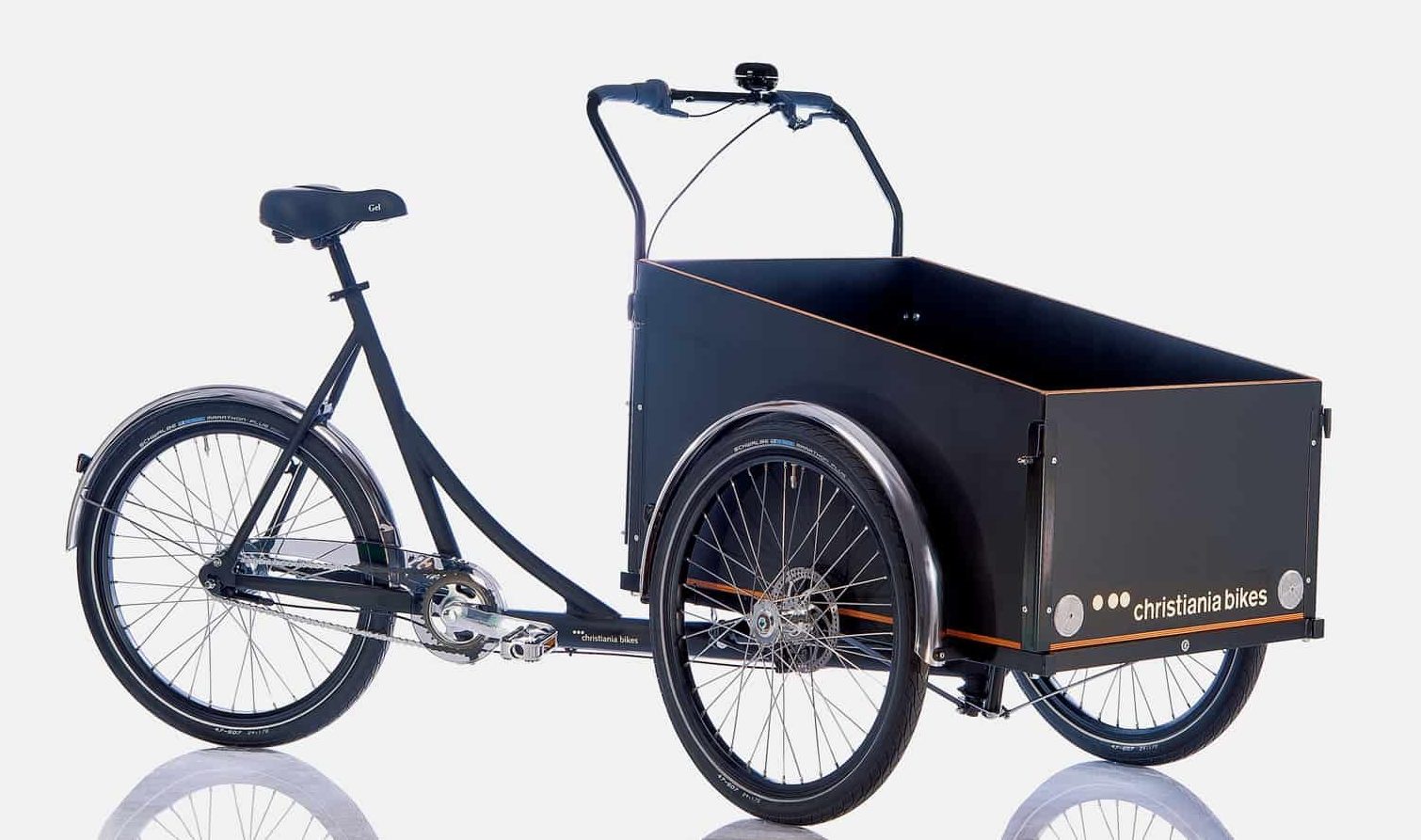 His next problem was power—after a few online deep-dives, Whiting came across “a very expensive Hyundai power pack.”

“I took the plunge, and for £650 I bought it,” he says.”To my delight when it arrived it was very lightweight and actually, for how long it lasts, it’s one of the best purchases I’ve ever made.”

With battery and bike in hand, he gave himself a two week deadline to plan and build the bike. He needed to mount his CDJ deck, create a deck stand, a floor support, a battery support and a speaker mount. “It may not seem like that many things,” says Whiting, “but trust me, when you’re trying to work it all out in your head without any drawings to go by it’s pretty damn difficult.”

“Many drill bits, cutting discs, bolts and general man hours later,” he thought he had pretty much finished the project. One critical element of the build remained.

The camera and stand were the final and most complicated part of the project. “Vibration and shakiness was a real issue when riding on roads,” says Whiting.”I spent a lot of time trying different materials and different mounting fixtures.” He wanted to get the best picture and an overall good quality viewing experience.

“I sorted this by mounting a custom made bit of piping with a bend in it.” The piping was bolted straight on to the deck stand. The setup absorbed more of the road vibration than when he mounted the camera to the bike itself.

“Everything is pretty much as good as it will get in terms of viewing experience,” says Whiting. “Now, with the customized bike, I feel I’ve got a good concept to be able to bring to people.”

He says actually mixing and riding does lead to the occasional small mixing error, but,”that is part n parcel of doing something that requires a lot of concentration.”

From taking a plunge in the local river to riding a jump in the skate park, the livestreams themselves are fun and eventful. Whiting says his favourite stream so far was his most recent in Marlow, UK: “It was next level,” he says.”I had a record number of viewings across Fb which I don’t even know if I’ll ever beat!”