Between 2006 and 2017 there was an average of 74 cyclist deaths in Canada per year, of which 73 per cent were due to the cyclist being struck by a motor vehicle. If that number upsets or scares you, the most useful thing you can do is to petition local councillors to create safer cycling infrastructure in your area or to find and support a local cycling advocacy group.

Cyclists shouldn’t have to dress themselves up like Christmas trees to be more visible, but the reality is most road infrastructure in North America was designed around cars, not other modes of transit. Here are a few steps you can take to make yourself feel safer and more seen while riding on the road.

Front and rear lights are the most well-known solution to increasing visibility on the bike. A good set of lights is very important for riding after the sun goes down (and a legal requirement in some cities). What some cyclists may not know is that your lights, particularly the rear light, can actually help increase your visibility in the daytime as well. The a powerful light, the Garmin Varia can also detect and alert you to the presence of a vehicle behind you.

RELATED: The best bike lights for 2020

While a safety vest has traditionally been the go-to for many cyclists, there are currently some fashionable brightly coloured jerseys on the market as well. A brightly coloured vest, jacket or jersey can increase your visibility on the road. Sugoi’s Zap Tech kit also offers a super bright option that looks very toned down in the daylight.

Ankle or lights or bands 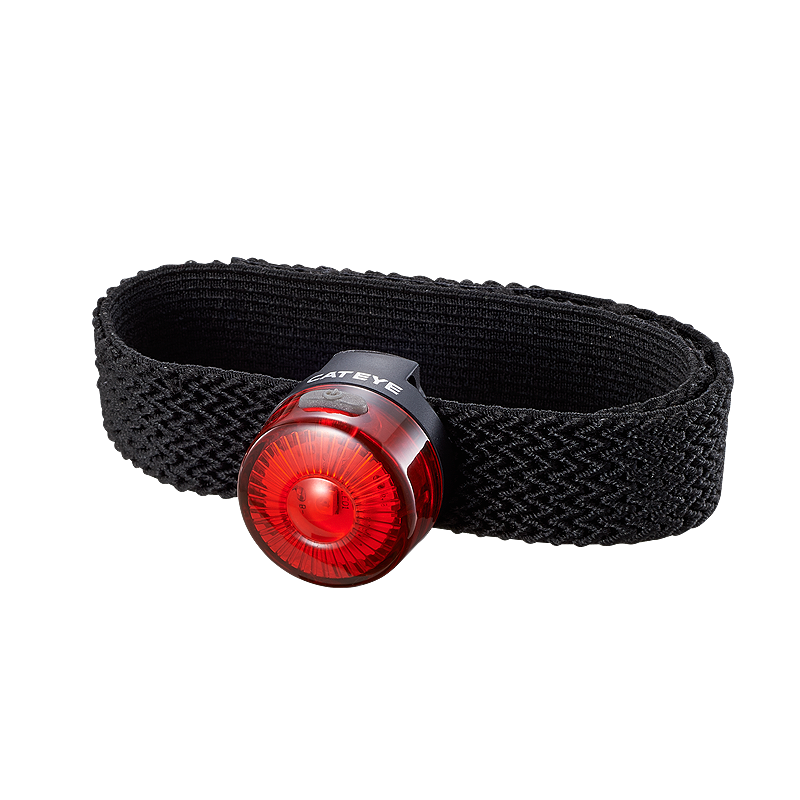 Studies have found that flashing lights, particularly on the moving joints of a cyclist, were some of the most detectable ways of increasing visibility. Ankle lights have not yet been very popularized in the cycling scene, though CatEye makes one called the Loop 2.

Another option (if you have trouble finding ankle lights at your local shop) is to buy a reflective ankle band. These affordable accessories also double as a pant holder so you can keep your jeans away from your chain while commuting.

As a cyclist, you have a right to ride on the road. Typically roads without bike lanes aren’t narrow enough for a car to pass you safely while maintaining a standard 1 metre of space. Although it may feel more logical to hug the curb as tightly as possible, this encourages drivers to pass you while staying in the same lane. It also increases the likelihood of the motorist behind them not noticing you. Instead, move away from the curb and closer to the centre of the lane to encourage motorists to (lawfully) change lanes before passing you.

Taking up space can feel a bit scary, and some drivers won’t like it, but ultimately your safety and visibility is more important than the slight inconvenience it causes them.