With the Allied Able‘s unique chainstay, the bike is highly recognizable, but it’s not a common bike to spot outside of the U.S. Until recently, the American-built bikes weren’t available in Canada, but, this summer, Mariposa Bicycles in Toronto became the exclusive Canadian distributor for the coveted high-performance carbon machines. 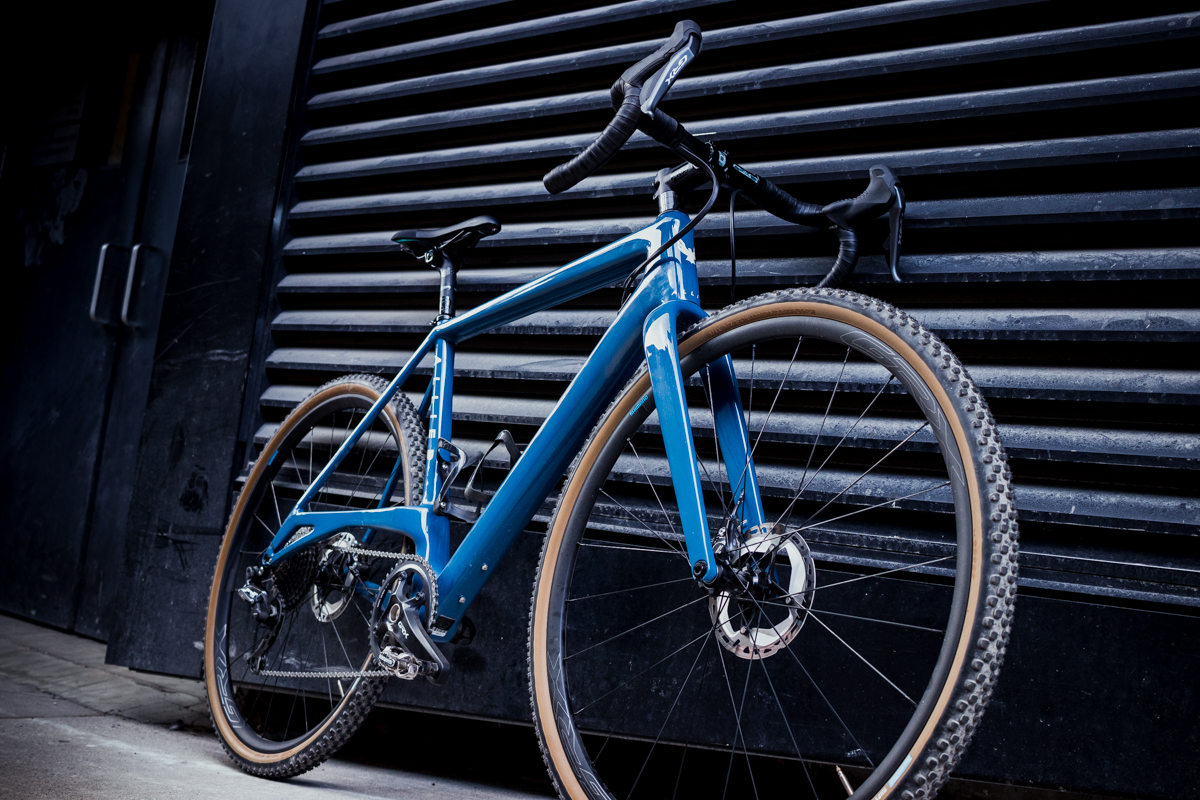 Made (close to) here

Allied is an U.S. company based in Arkansas, which prides itself on its American made carbon fibre bikes. The company’s bikes hit the market in 2017. It’s using carbon-fibre manufacturing machinery bought from bankrupt Montreal company Guru Cycles.

It’s not common to see carbon-fibre bikes made in North America. Most are manufactured overseas, but Allied argues it’s located in one of the best places to work with carbon. The U.S. aerospace and defence industries are some of the largest consumers of carbon fibre in the world and, through making ties with manufacturers in these industries, Allied can access new innovations and partnerships that overseas factories wouldn’t be able to. 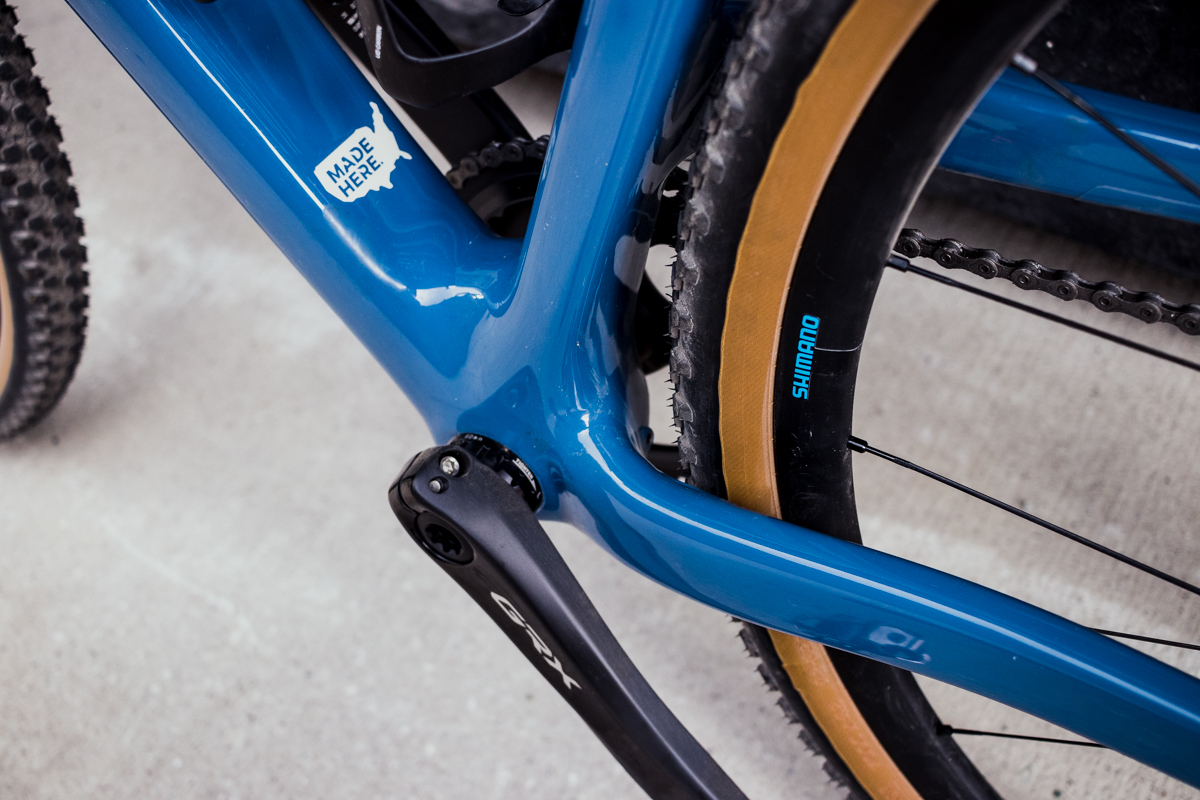 Of course, U.S. manufacturing does come with a higher price point. I tested an Able with GRX 815 Di2, one of a range of Allied builds, which comes in at a little less than $10,000. The Able ranges from $5,995 for just the frame to $16,295 for a build with SRAM Force AXS and Enve upgrades. This model is painted a clean blue, one of two inoffensive stock colours (blue and grey). The bikes can also be custom painted in a number of fun colours for an additional cost.

“It’s that bike with the weird chainstays!”

All models of the Able are all purpose-built with 1x which allow for the design of the most intriguing part of the bikes: The eye-catching elevated chainstay. 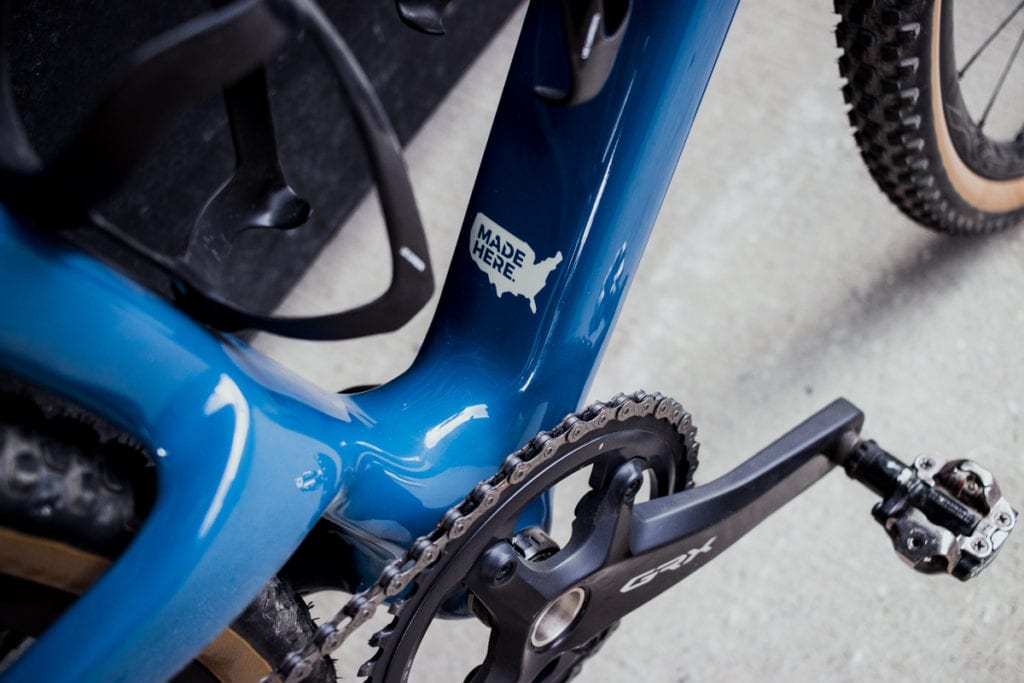 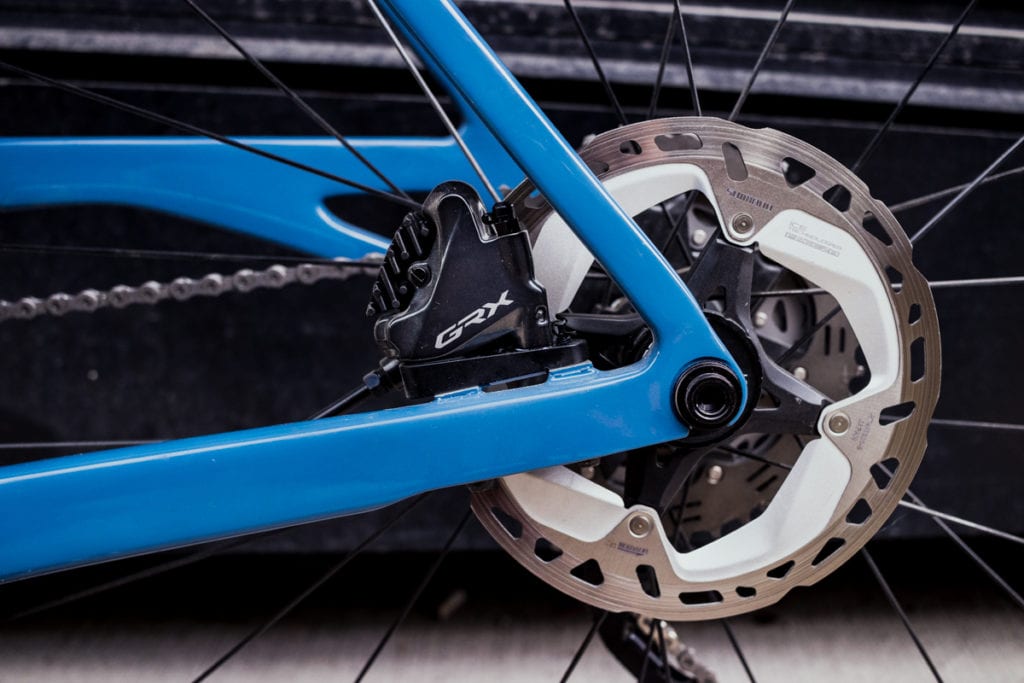 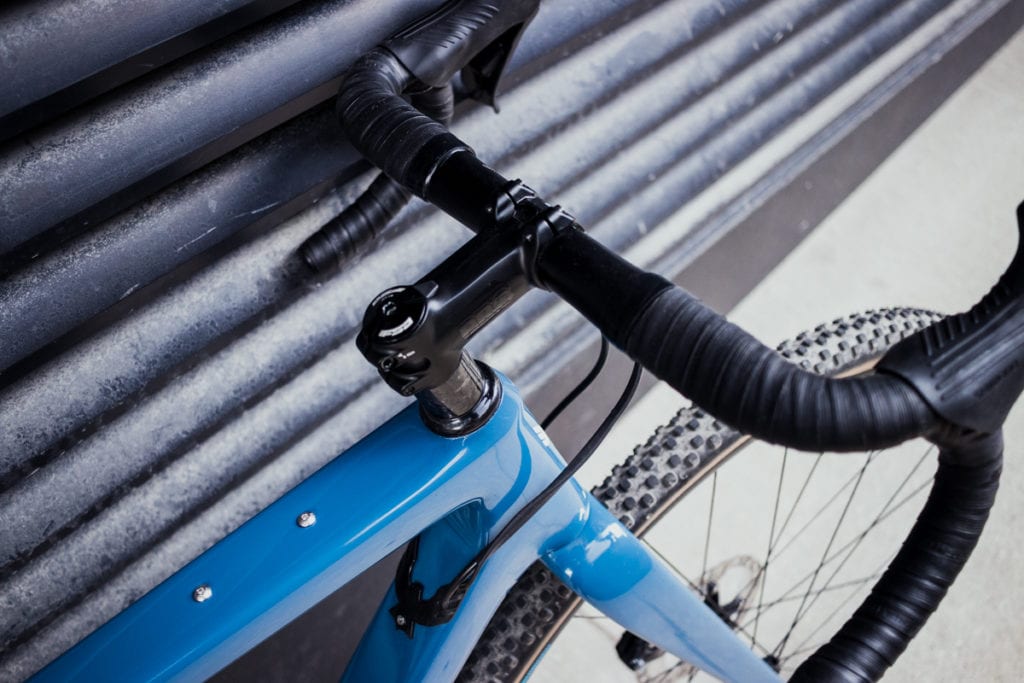 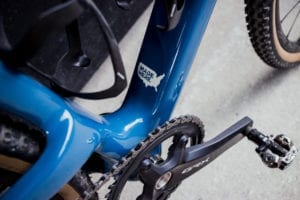 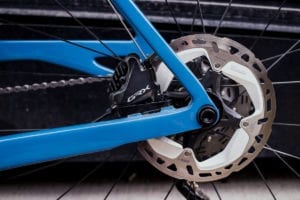 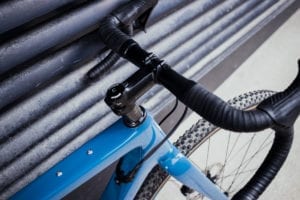 Allied wanted to build compact, 420 mm-long chainstays on the Able. The designers could have widened the bottom bracket to accommodate wider tires, like on mountain bikes, but that would have changed the Q-factor (the pedal stance). They chose instead to move the chainstay up and out of the way so that they could keep it short in length, yet wide enough to accommodate high tire volume.

The result is a bike that keeps a short rear end but can fit big tires for hefty technical riding. On the rear, the Able has a maximum clearance of 43 mm on 700c wheels and 47 mm on 650b wheels and you can push the width a few millimeters wider in the front. 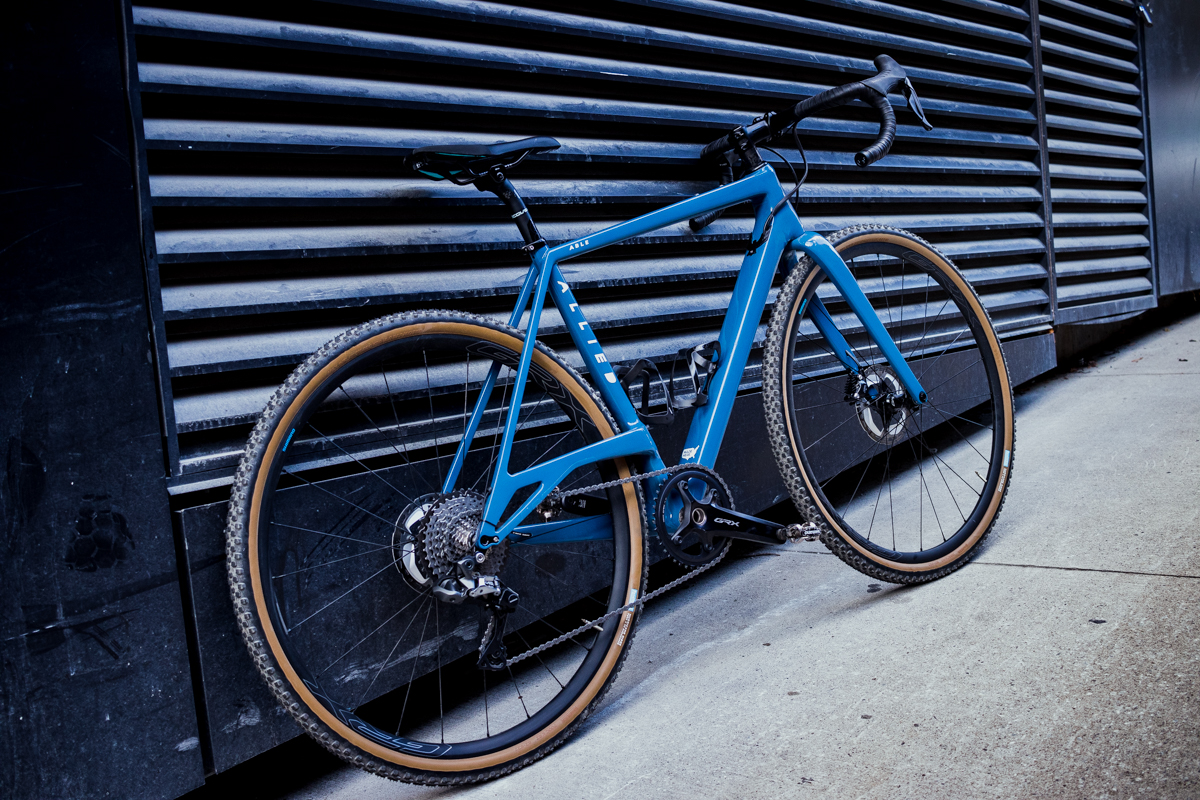 The model I rode was spec’d with 42-mm-wide Rene Herse Hurricane tires on 700c Shimano GRX wheels. These tires were really well suited for the bike—they don’t feel too weighty on smoother roads but they provide tons of traction on a multitude of surfaces.

On gravel, singletrack and even pavement, this bike handled really beautifully. I took it out on a truly mixed-surface longer ride and didn’t encounter any segments I felt it couldn’t handle. The Able feels responsive and stiff; it really listens to you when you’re working through a technical segment.

At just 8.26 kg for the medium, the lightweight Able corners cleanly and accelerates aggressively fast. The carbon frame paired with Di2 shifting and a Shimano GRX 11-42 cassette were amazing for blasting up steep climbs. 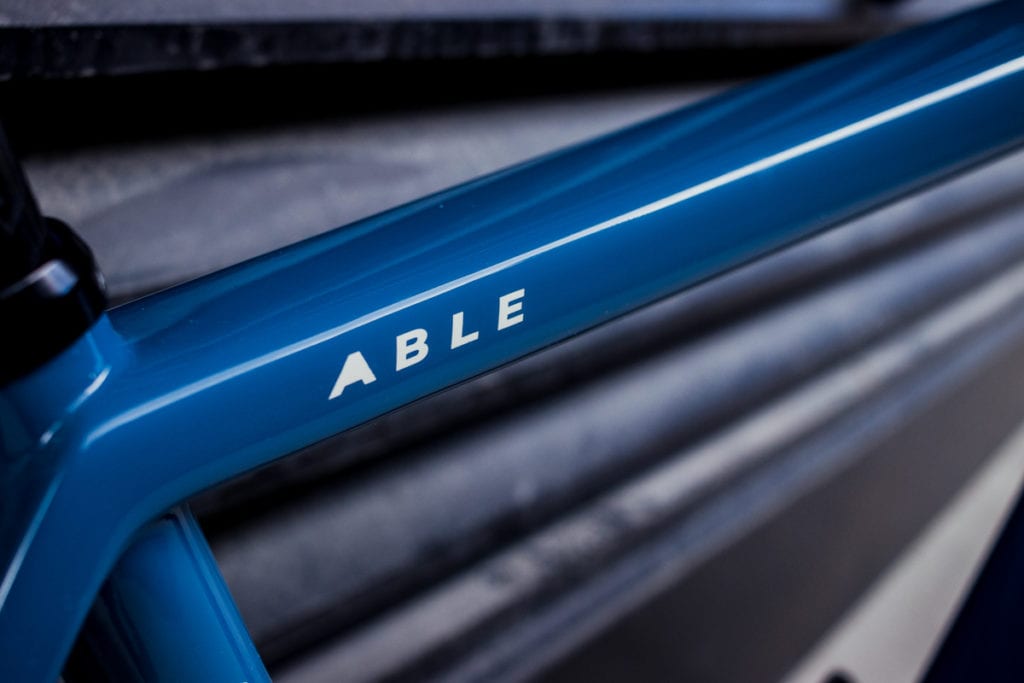 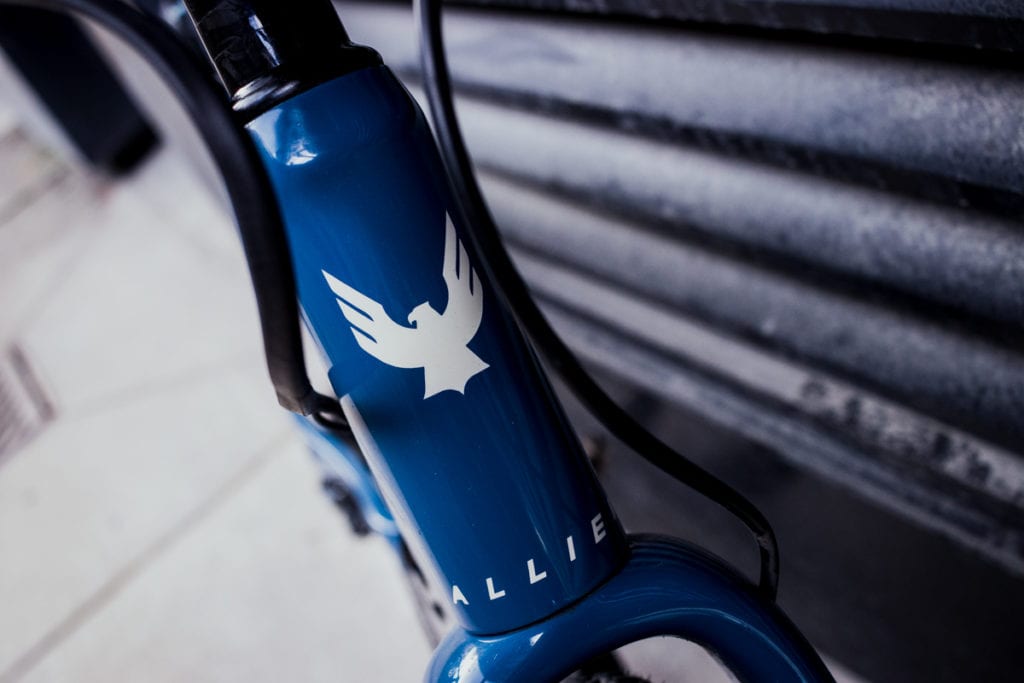 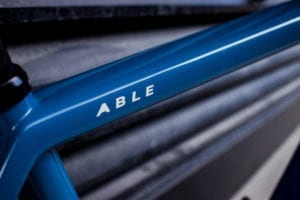 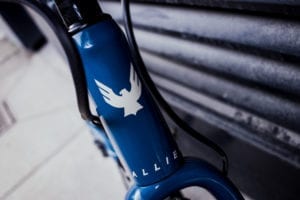 The Able is definitely a bike for going fast and manoeuvring through anything a course or route throws at you. I can see why this bike would be great for a race such as DK. In 2019, both the men’s and women’s DK winners, Colin Strickland and Amity Rockwell, rode the (then-little-known) Allied Able to victory.

The Able feels its best at speed. I found the stiffness doesn’t lend itself very well to super slow riding. The Able isn’t the type of gravel bike that doubles as a comfy commuter, but that’s not what it was built for.

That being said, it was great for long rides. It comes with three bottle mounts, a top-tube feed bag mount and front and rear fender mounts for a variety of setups. The second time I rode it, I accidentally spent a nine hour day on the Able (one ride finished too close to another and I didn’t have a chance to swap bikes). The next day I expected to feel some general body soreness but I felt surprisingly fine. A big takeaway from that ride was that I never got to a point where it felt as though I had to use any extra effort to push the bike to the next path or trail. I wanted the ride to keep going and the Able was the perfect tool to keep me moving forward with ease. 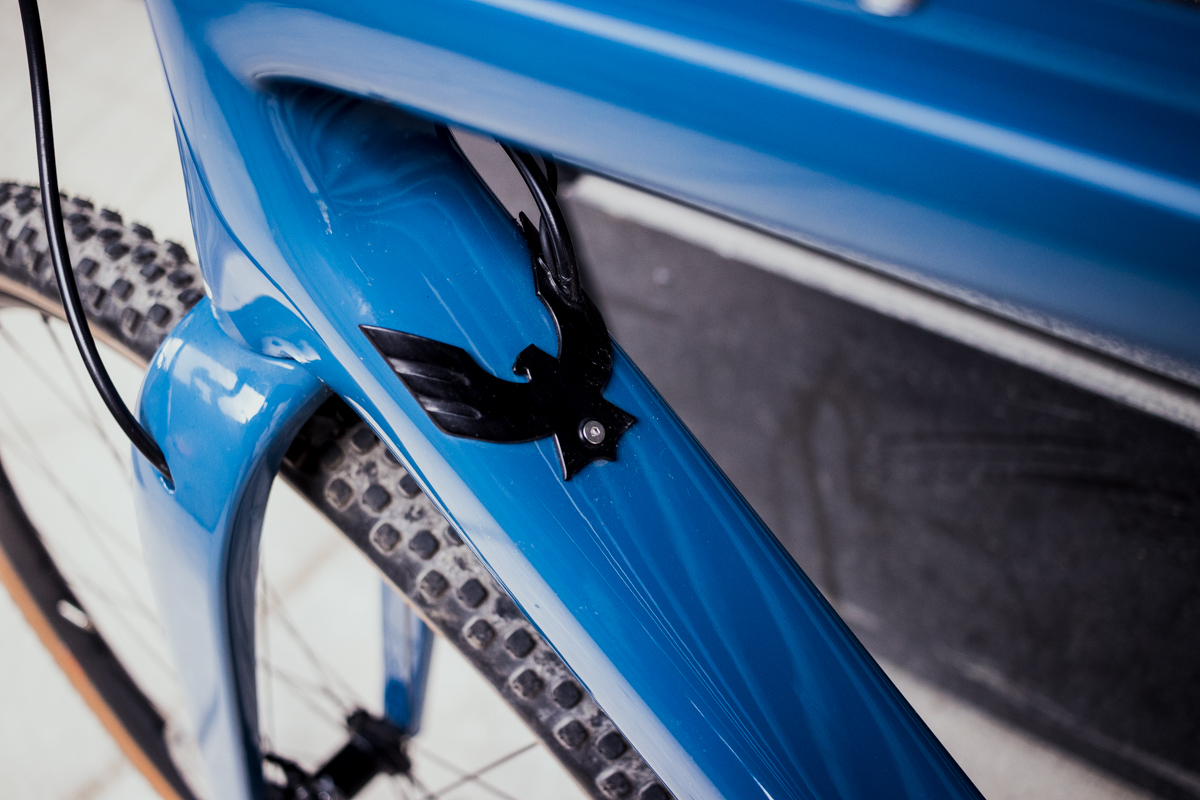 From the unique chainstay to the removable eagle accessory that covers the entrance to the internal routing, this bike has a distinct look. Although the esthetic of it can be somewhat polarizing, it’s inarguable that the high-end carbon-fibre Allied Able is a speedy and thoroughly enjoyable bike to ride.

The Allied Able Shimano GRX Di2 is $9,995 and available through Mariposa Bicycles.