On Tuesday, Shimano announced they are having a special collaborative exhibition at this year’s Unbound Gravel, in Emporia, Kansas. Ten hand-built bikes designed by master frame builders from around the world will debut Shimano’s new GRX Limited groupset, including Canada’s own Mariposa bikes, based in Toronto. The bikes will be on display June 2 and 3 at the “All Things Gravel” expo in downtown Emporia, celebrating both  the history as well as the future of gravel cycling with a nod to the bespoke bicycle community. 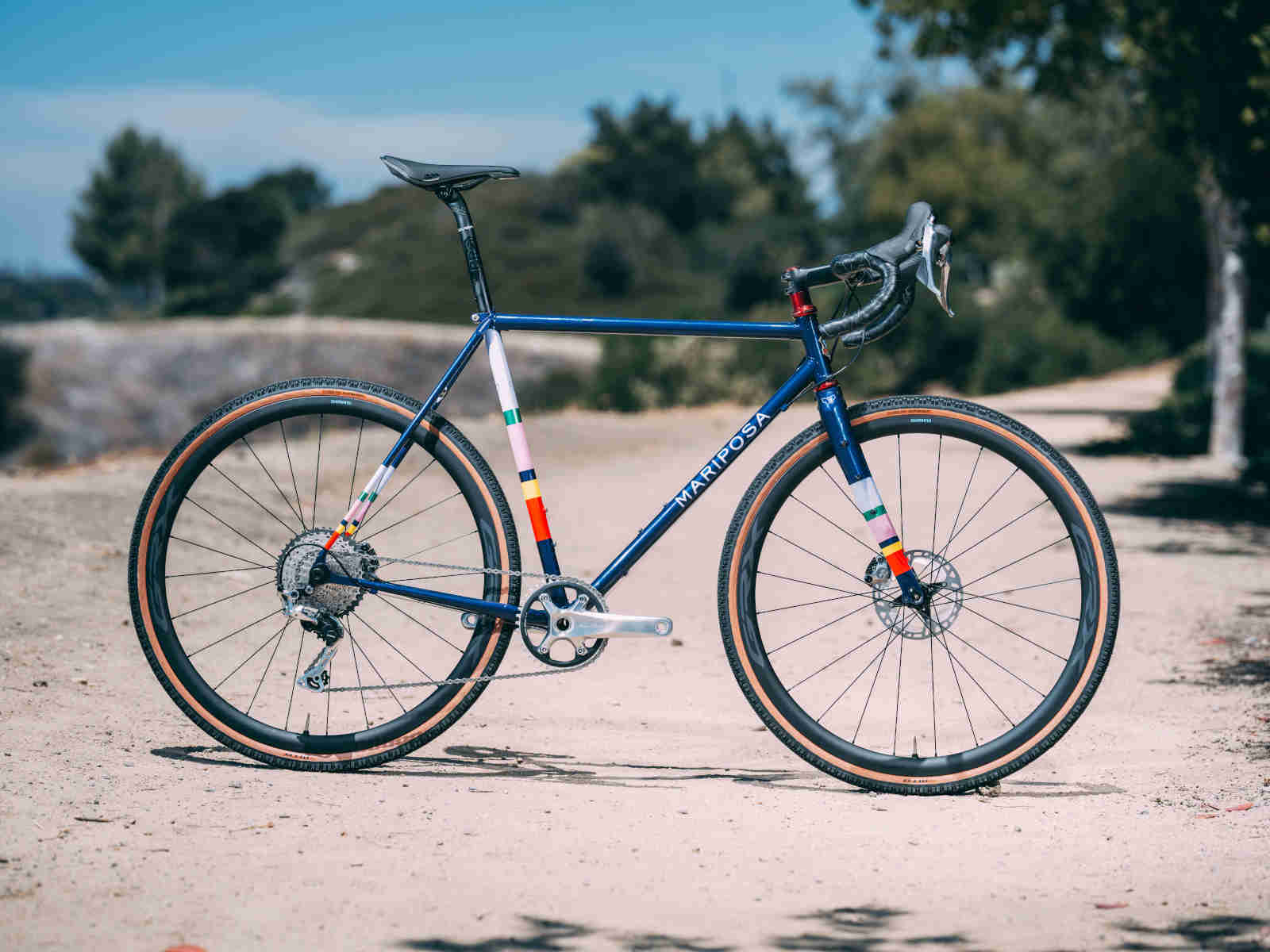 GRX Limited is the GRX 800 series groupset originally launched in 2018, but the brushed and polished silver finish delivers a classy take on the quality, precision, and durability synonymous with GRX. The limited run of parts comes in three available spec options; 1×11-speed and 2×11-speed for drop bars, and a third, special offering of 1×11-speed for flat bar configuration. 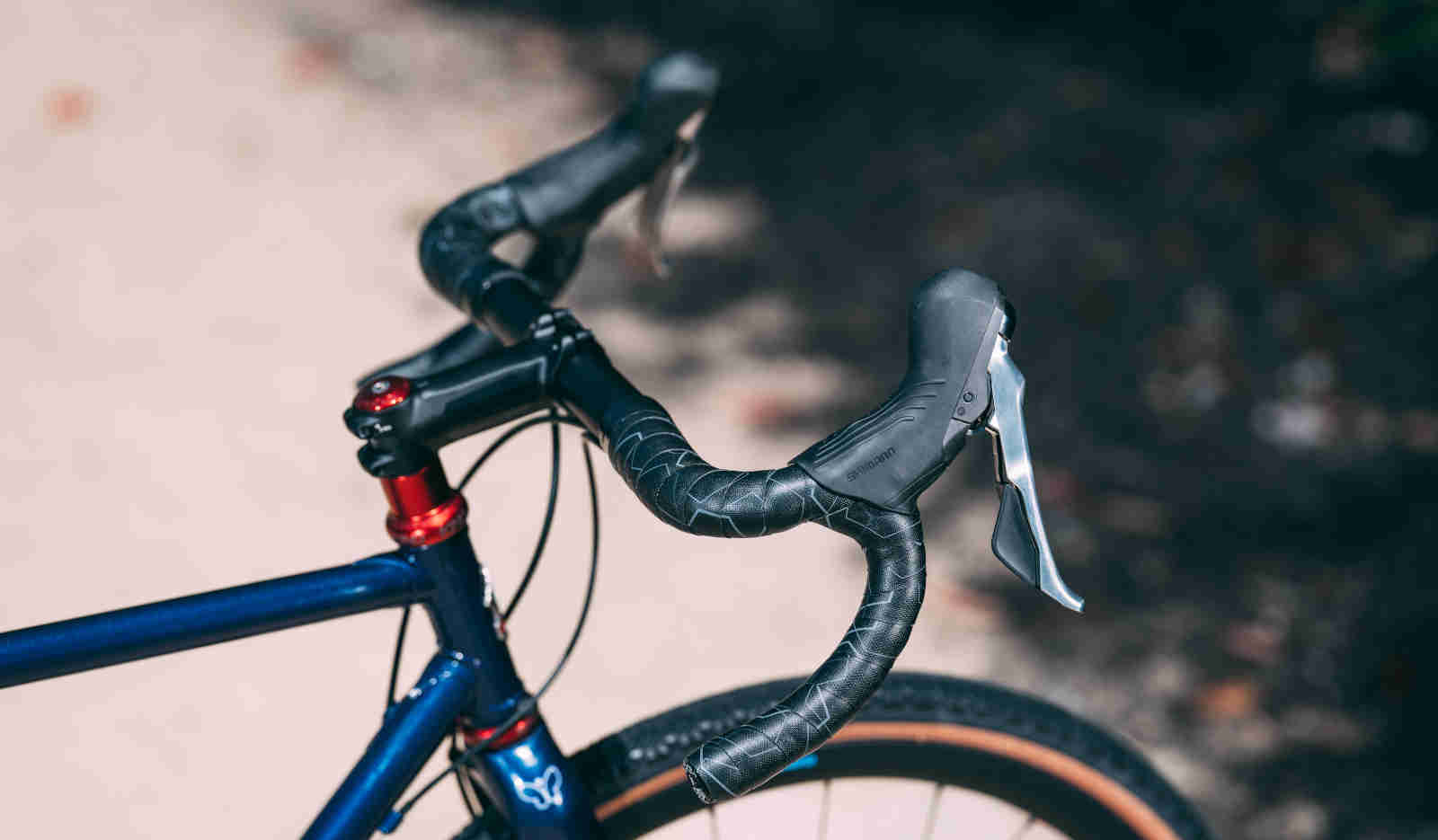 Mariposa is sending a hydraulic/mechanical 1 x lugged frame built with a mix of Kaisei and Columbus tubing and a carbon Ritchey Adventure fork. “The frame can accommodate mudguards and either 700 x 42 mm tires or 650 x 48. Peter Morse painted it in the Mariposa stripes,” Michael Barry of Mariposa said. 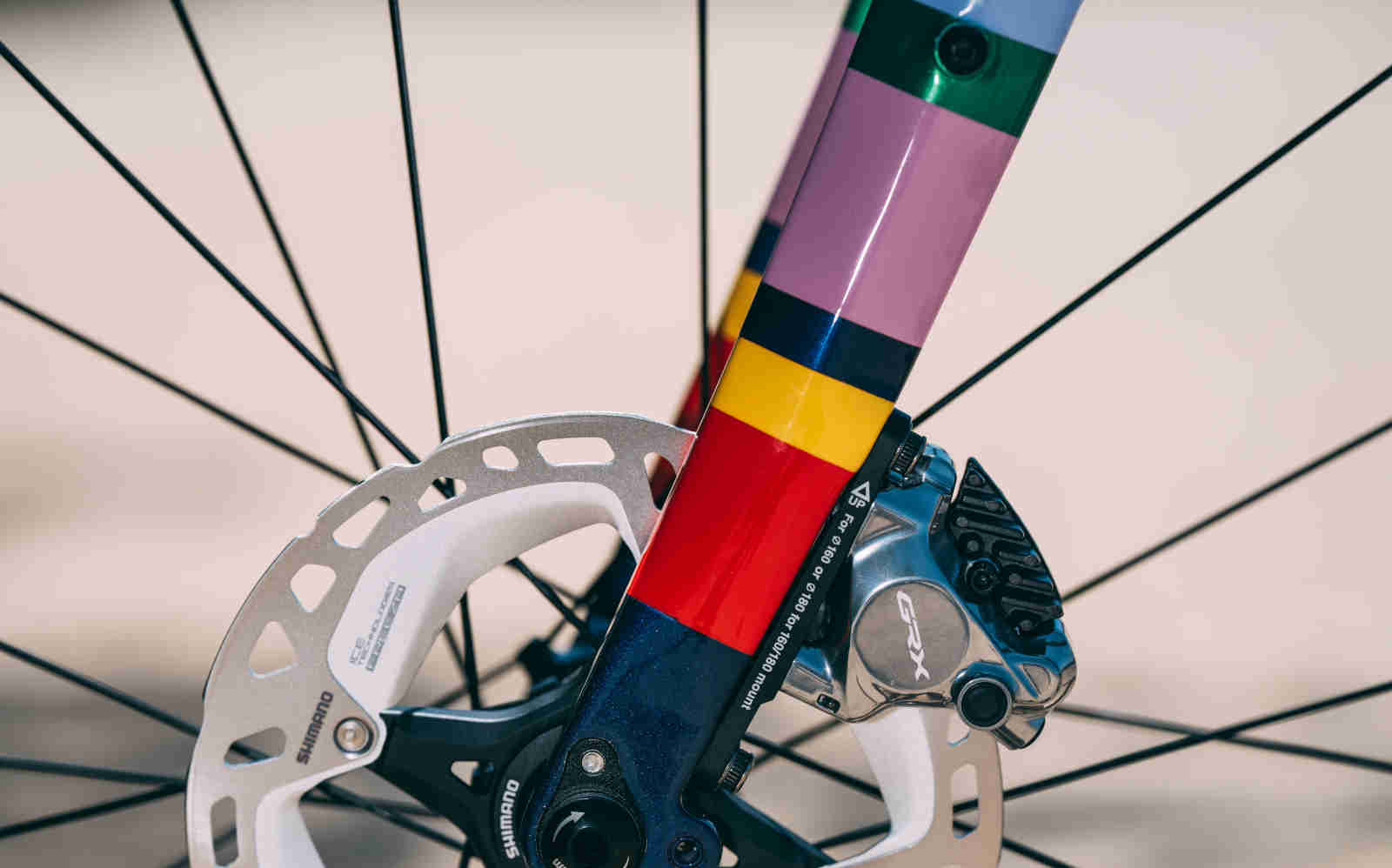 The longtime frame building company chose this bike as it is practical on most terrain. “It’s comfortable to ride on the road with slick tires or on rougher terrain with larger knobby tires,” Barry added. 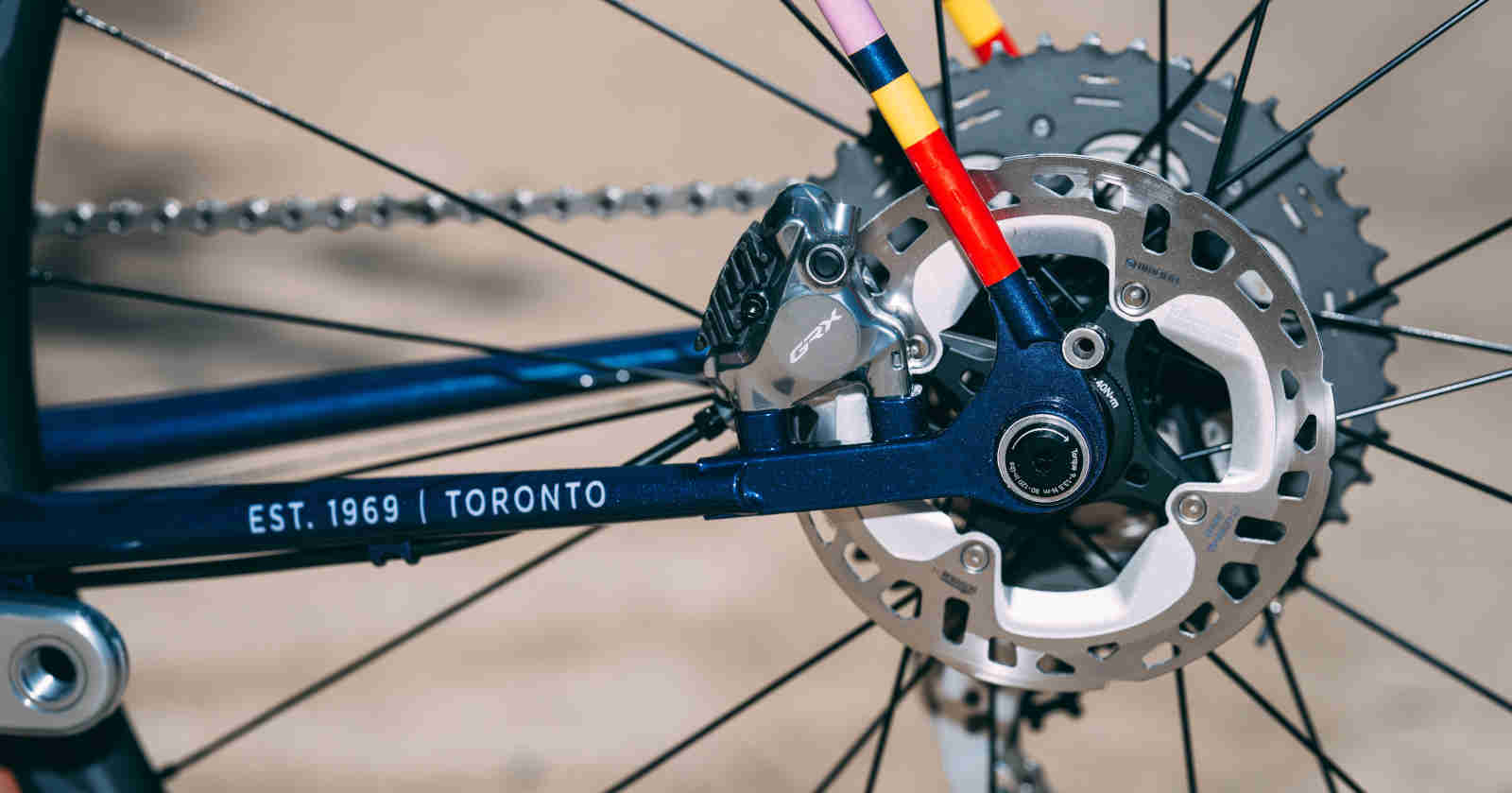 “Mudguard eyelets make the bike more versatile year around and the bike can easily be loaded up with bags and bottles for longer touring. The mechanical group is easier to fix when you’re in the middle of nowhere as you’re not reliant on batteries and electrical wires,” Barry explained. “As far as the tubing and geometry goes, it’s similar to the bikes that Dede, Peter and I ride most days—a practical bike quick bike that can be comfortably ridden on all terrain for hours on end.” 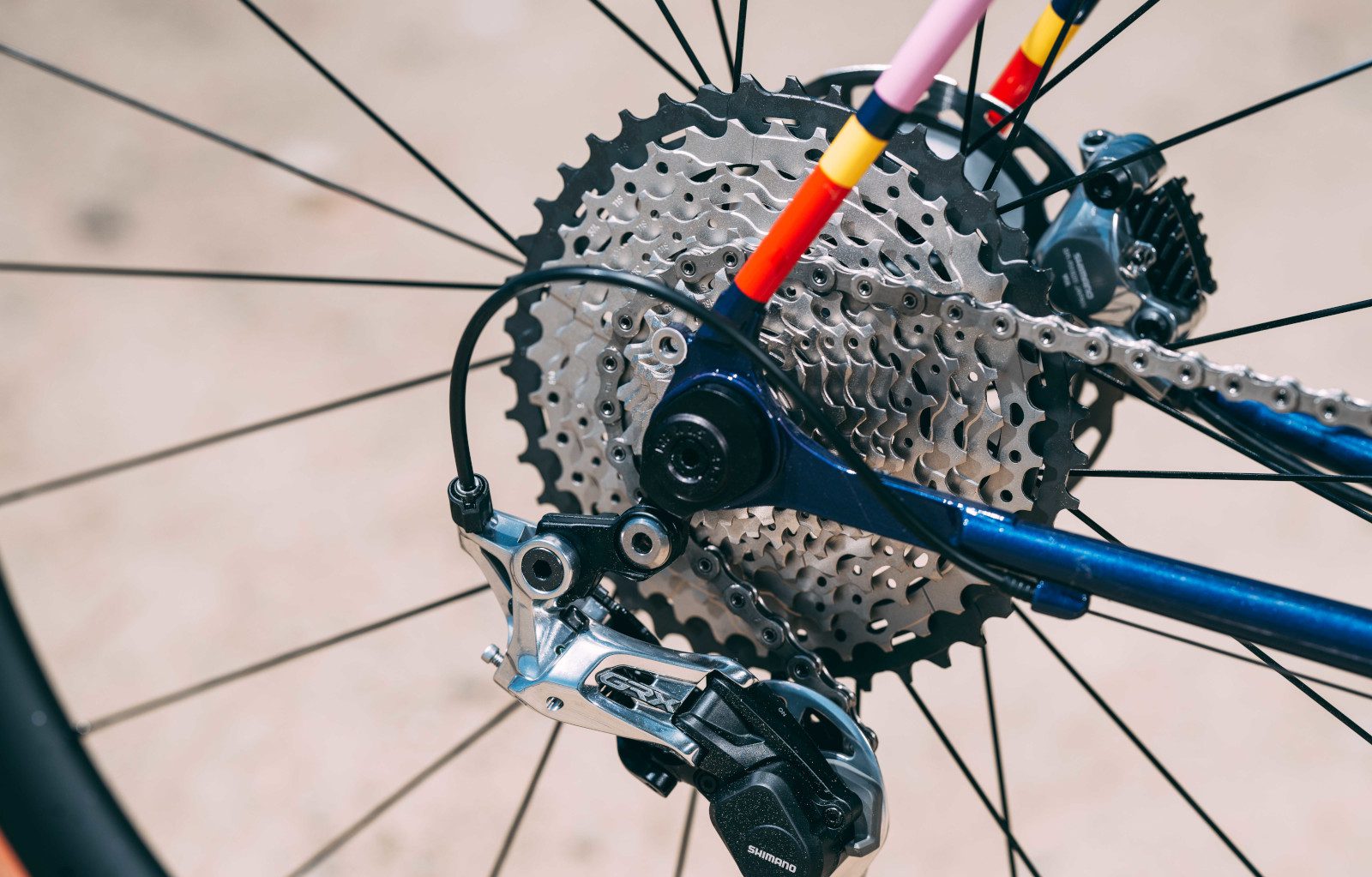 The geometry of the bike is tailored for gravel and off-road. “The chainstays are slightly longer than a road bike which increases comfort and stability on the rougher terrain, or when loaded with bags, and also allows for more clearance for mudguards and, generally, mud clearance,” the former Tour de France rider said. “The front centre is longer than a typical road bike to avoid toe overlap, accommodate fenders/larger tires, and increase comfort and stability on bumpier terrain.”