Dubbed DangerPubes, Bicyclepubes describes the bike as “The ultimate in backwoods bike-lo-pack technology.” Both accounts have been teasing the project since October, posting a number of updates on the build. 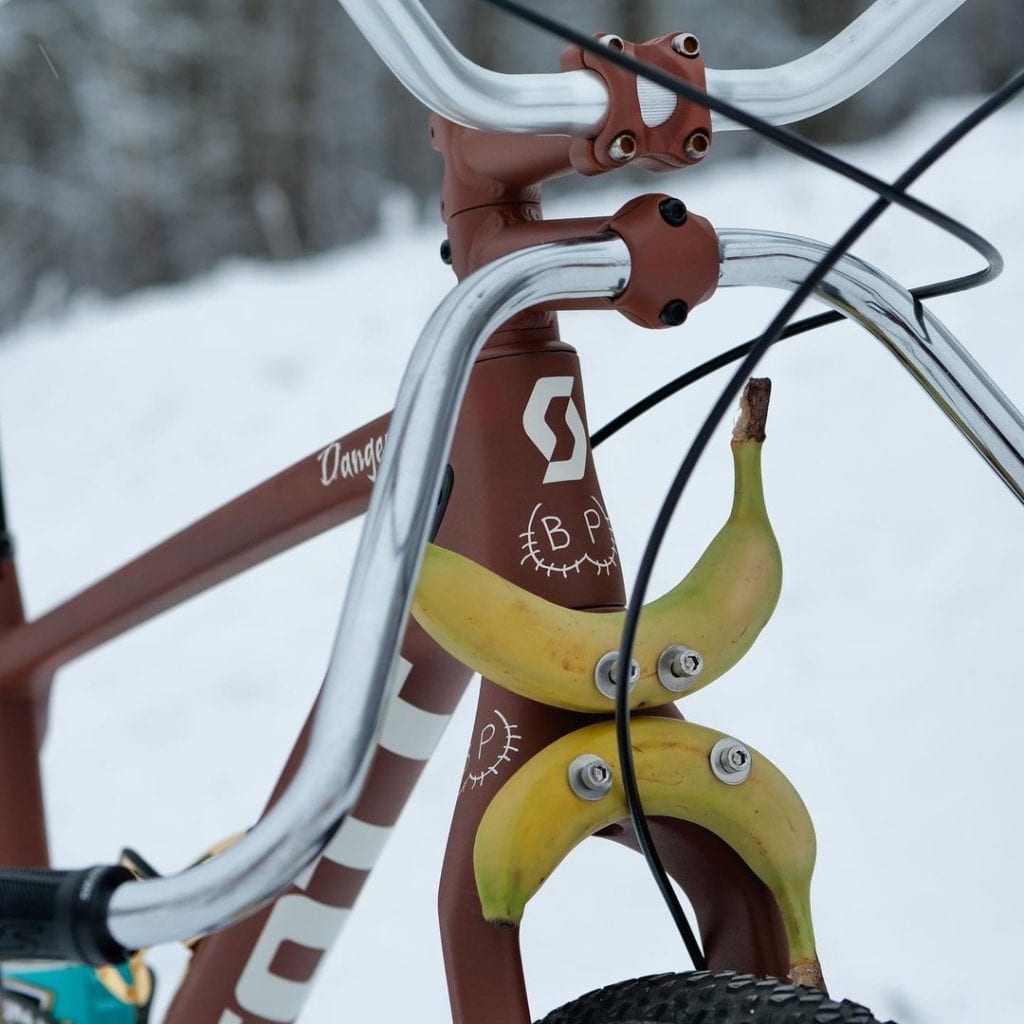 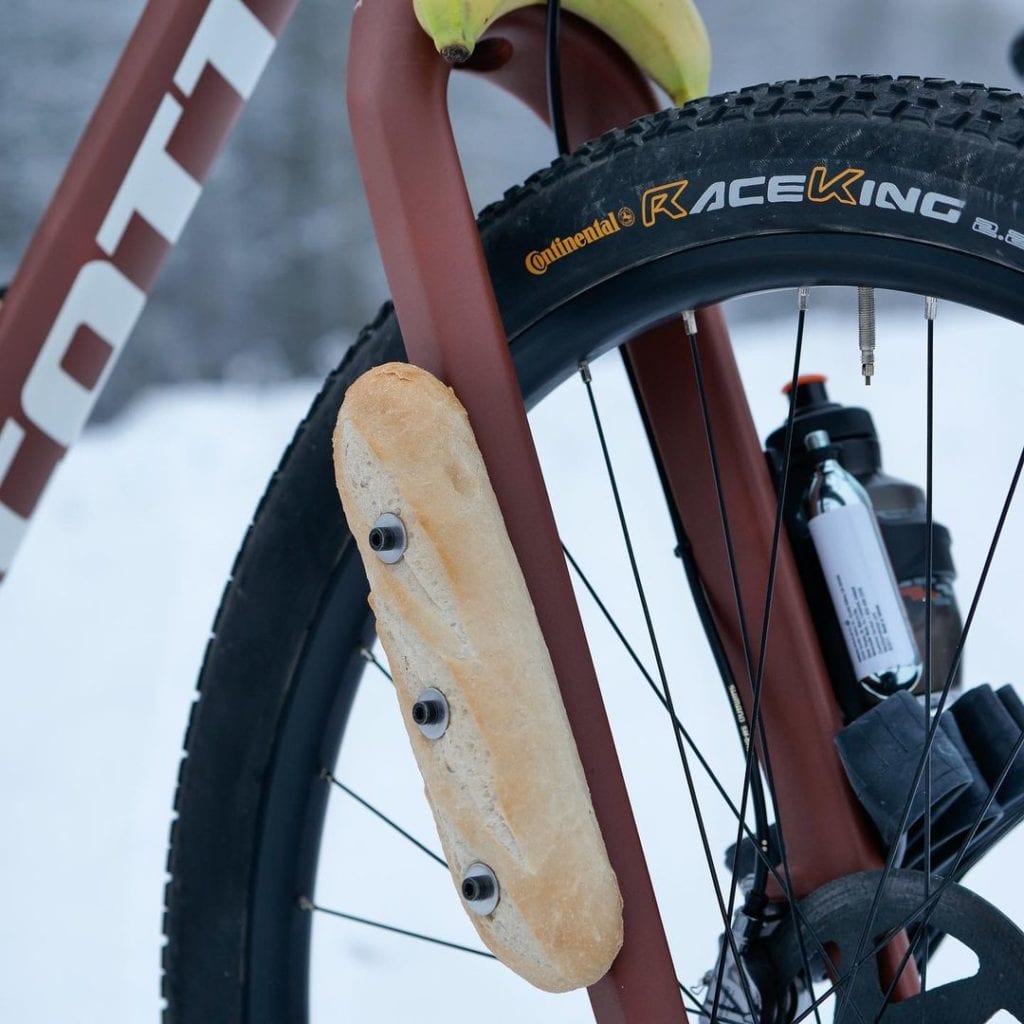 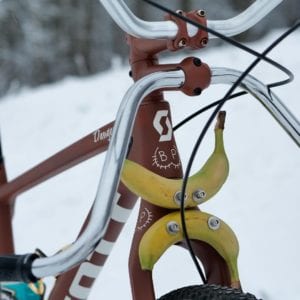 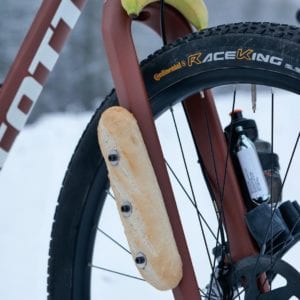 The bike, a Scott Scale “carbonium” frame with “zittyzit fork”, was built using a revolutionary weight saving technique, described as “bolting all the shit directly to the shit.” The fork features never before seen Quick Release Banana and Baguette Technology (QRBBT) and a direct-mount spare tube. 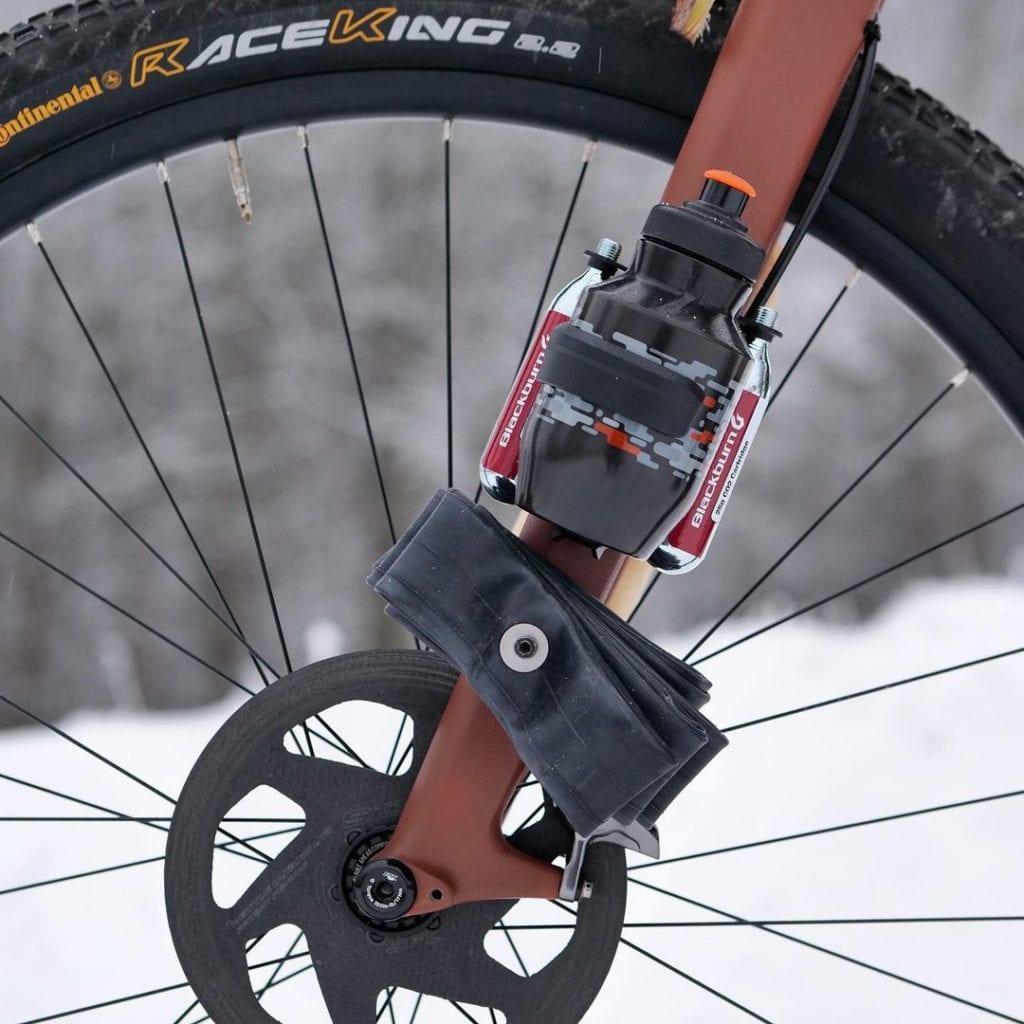 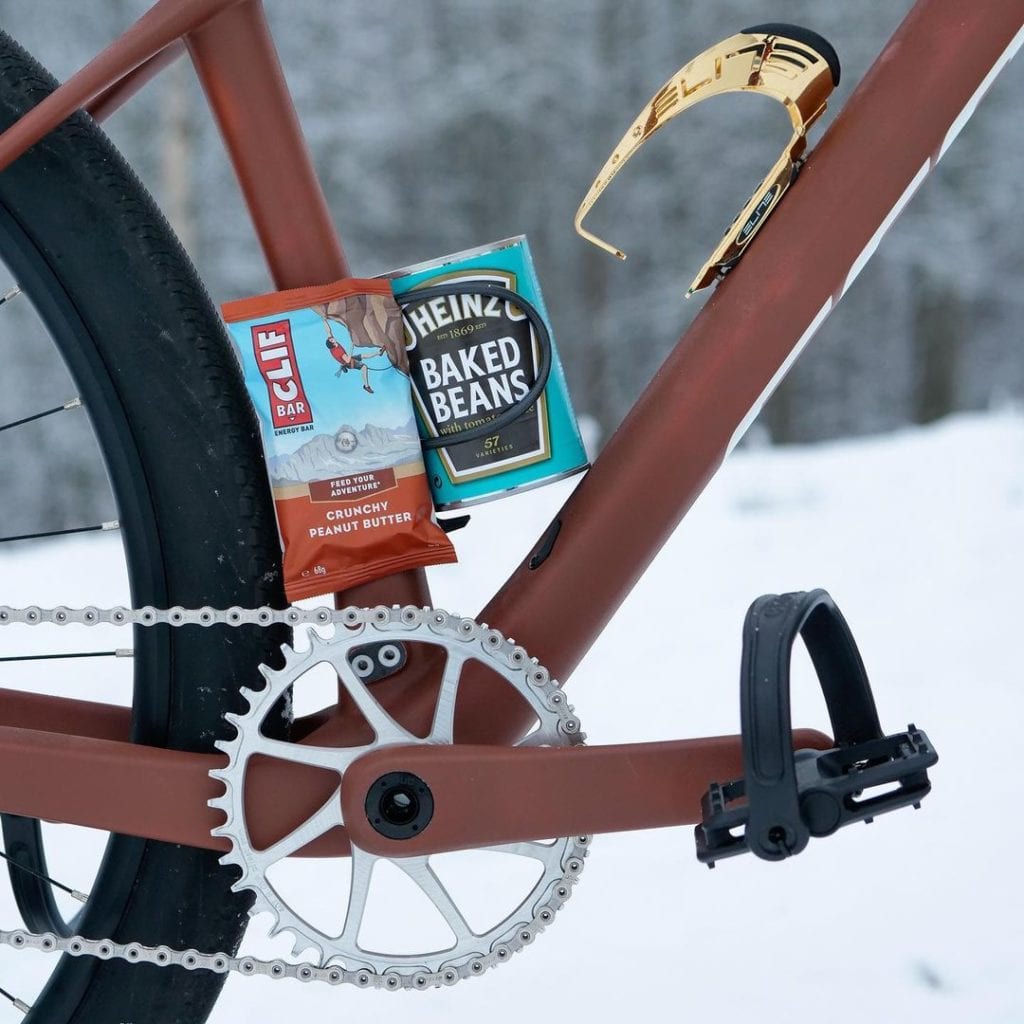 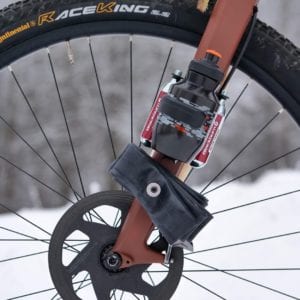 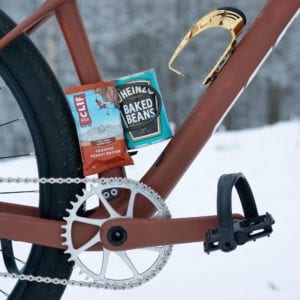 A unique baked bean holder can be found on the seat tube, for quick access the second beans cross your mind. Across from it sits a gold plated Elite bottle cage.

Foot retention is important, and what is more powerful than the strap of a Croc.

The dual handlebar system is described by Gullholm as an: “X-Wing handle bar system with lower Death(star) grip for optimal aero tuckytuck.”

The DangerPubes bike has 40-13 gearing, which Bicyclepubes says only works because of “the horrifying lack of bite from the Kettle carbon rotors.”

This bike features a riser seat post (or not-a-dropper or heightener seat post)—basically the opposite of a dropper seat post. The rider can pedal comfortably in a lower position then pop up to a high position for perfect Instagram photos.

“The world isn’t ready for any of this,” says Bicyclepubes, “so Gustav is probably gonna have to destroy it like the necklace from the Hobbit movie. I did very little to bring this masterpiece into existence and I thank @dangerholm for his hard work and absurd parts bin.”