As new bikes fly off the shelves at record rates it’s becoming increasingly harder for anyone to get their hands on a two-wheel mode of transportation. The used bike market is truly heating up and scarcity has boosted the prices of used bikes across Canada, which is raising the (already high) barrier to entry for people who ride for transit, sport and recreation. While you might be tempted to sell an old bike for some quick cash, if you’re in a financial position to donate your bike there are many Canadian organizations that will happily accept it.

RELATED: How to sell your bike (or bike parts) online

Here are a few donation options you should check out in your region:

In 2020 Matthew Cuesta rode 46km every day for 46 days to honour the memory of George Floyd. What started as an individual exercise turning into a movement to spark uncomfortable conversations about racism. Cuesta is keeping the ball rolling, he recently rode 215km to honour every indigenous child that was found at Kamloops Indian Residential School. In 2021, under the #46forGeorge banner, he began donating bicycles to BIPOC (Black, Indigenous, People of Colour) youth.

RELATED: What one rider’s #46forGeorge campaign did for a community

Those interested in donating a bike and BIPOC youth looking for bikes can register on the 46ForGeorge website.

This Toronto-based organization is currently accepting used bikes in good condition, which it will donate to Syrian family sponsor groups, social service organizations such as Culturelink, local shelters and the TDSB.

The registered charity has three dropoff locations around the GTA.

This Ottawa shop accepts bike donations, which they refurbish and sell while providing training and employment in the field of bike mechanics to people who are economically disadvantaged. The shop is staffed by individuals who have experienced barriers to employment including mental illness, poverty, homelessness, and other challenges. 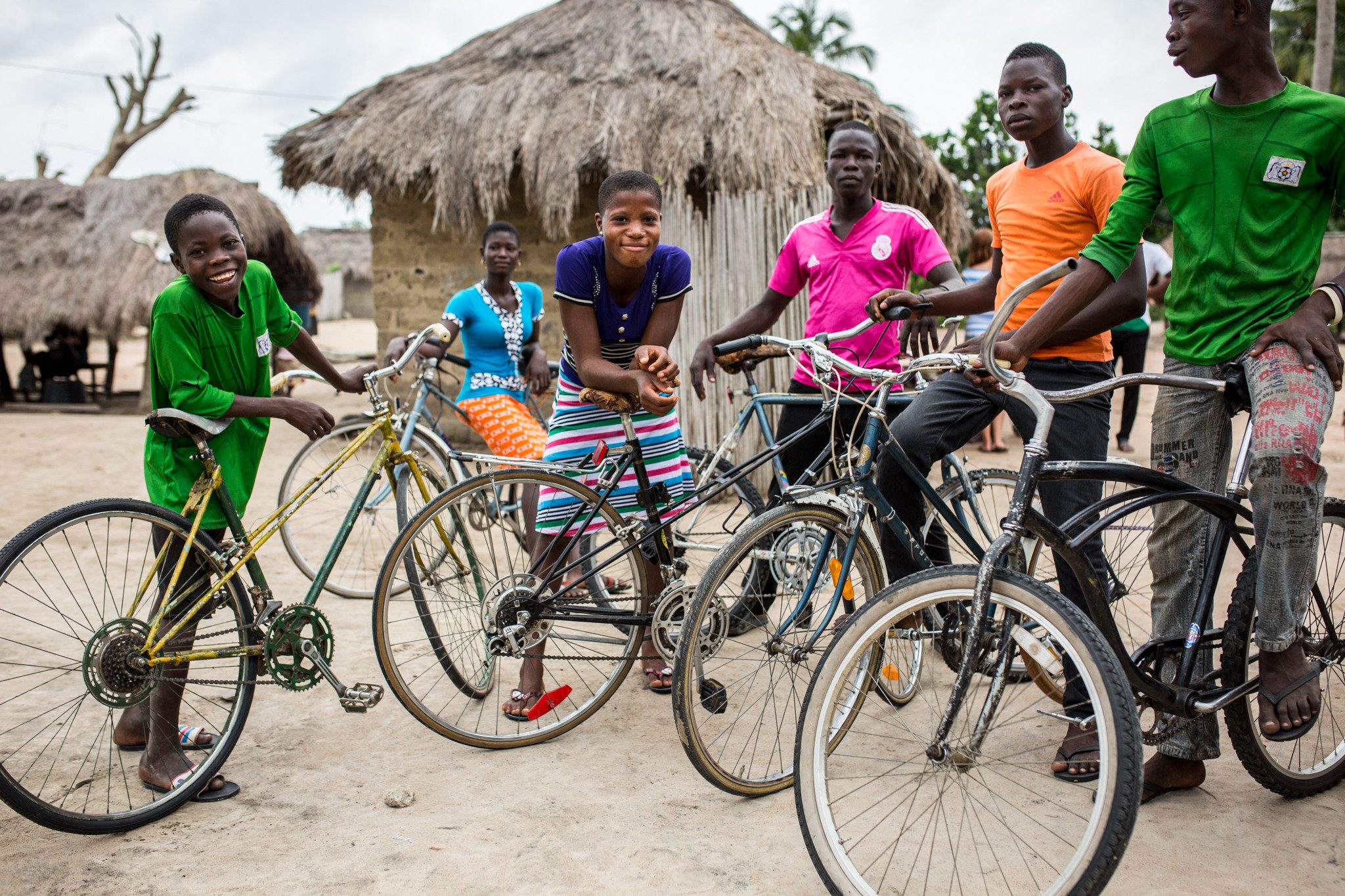 Since 1999 Cyclo Nord-Sud has sent more than 60,000 used bicycles to partners in 21 countries in Africa and Latin America. They also donate bikes locally in an effort to counteract how transport equity adversely affects locals of some of the poorer Montreal neighbourhoods. The group does bike drives across the province and has many drop-off locations for used bikes around Quebec.

The New Brunswick Bike Exchange volunteers pick up, repair and refurbish donated bicycles, and recirculate them back into the community. The Bike Exchange will accept donations of any bike in any condition.

Pedal Society provides education in the form of mechanical skills training to empower people and enable access to community services and opportunities and provide bikes to low-income individuals to help them participate in the community and access social and economic resources. They accept donations of bicycles, parts, accessories, and tools. A tax receipt may be provided for items valued at $100 or more.

Bikes for All accepts bike donations that will be recycled, refurbished and distributed back into the community or used for teaching.

Bicycles for Humanity provides a bike donation service based out of Calgary, AB, Comox Valley, BC, Edmonton, AB, Fraser Valley, BC, Kelowna, BC, Thunder Bay, ON, Toronto/York Region, ON, Vancouver, BC, Victoria, BC and Whistler, BC. The bikes are refurbished and put in the hands of people who need them in the local community and developing nations.

Most Canadian cities have one or more volunteer-run community bike shops. Some currently aren’t accepting bike donations due to COVID-19 restrictions, but many will be happy to take your used bike for education and redistribution into the community. Search for one in your hometown, or check out some of these examples.