As I turned on to one of the gravel roads that weaves its way in between the paved ones that I am more familiar with, I couldn’t help thinking that I needed to add a bike like this to my stable. I was riding along gently rolling hills between the quiet farms that offer an escape from the city. Fewer cars use these rough gravel roads, but atop the Garneau Garibaldi C Prohibition, the ground beneath me felt smooth. I was just where I want to be: enjoying the peace and quiet of a bike ride. 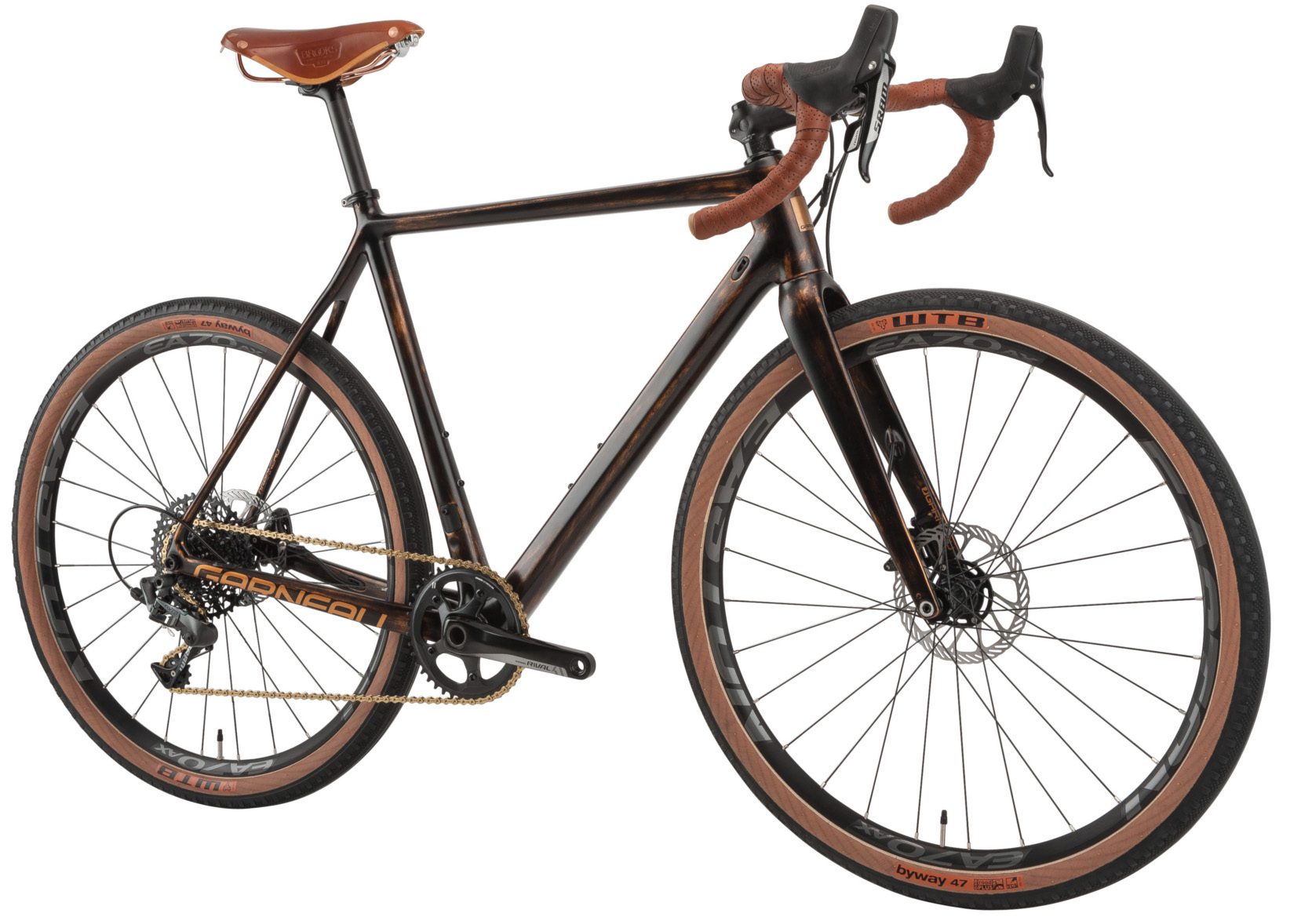 This feeling is one of the reasons the adventure category has had such a dramatic uptick in popularity in recent years. The Garibaldi C truly celebrates the versatility that these types of bikes can offer. The carbon frame is finished with a 1-by SrAM Force and Rival groupset, along with 650b Easton EA70 AX wheels that feel stiff and responsive. Riding the Garibaldi C is a blast. Whenever I see a trail I haven’t gone down, I want to explore it.

I was able to achieve an appropriately aggressive position for my style of road riding on the Garibaldi C, and the bike’s characteristics allowed me to handle trails and uneven gravel with ease. On the abrupt transition from a gravel rail trail to smooth, rolling tarmac later in that same ride, I was able to appreciate the Garibaldi C’s competence on the road. With its 650b wheels and massive 47-mm-wide tires, the bike rolls pleasingly fast on any surface. It didn’t feel off when I was hammering along on pavement or out of the saddle powering up punchy climbs, as long as the tire pressure was dialed.

The handling is pretty tight on flowy singletrack, which I rode on a rip through the ravines near my home. In messier conditions, it would still be fun to ride the same trails with the Garibaldi on tires with a bit more bite. The bike doesn’t have fender mounts for wet rides, which affects the types of splash protection you can put on the machine. You can also switch out the 650b hoops for a set of 700c wheels and narrower tires to make the lightweight carbon frame more performance-oriented on the road or cyclocross race-ready.

The Garibaldi C Prohibition is the flagship model in Garneau’s adventure lineup. It has a unique finish inspired by Prohibition-era whiskey distilleries. The frame is painted with a brushed copper colour while a Brooks leather saddle and brown handlebar tape finish the look. The bike does stand out.

While a wide-clearance carbon adventure bike can’t replace a hardtail mountain bike on the trails or a road bike on tarmac, the Garibaldi definitely altered my ride mindset. My time on it was for exploring the limits of where I could and couldn’t go. The Garibaldi C achieved a nice balance between rowdy on the rough stuff and dialed for everything else.
reviewed