On Friday, the Ineos Grenadiers team will be riding the Tour de France opening time trial in Copenhagen on a brand new Pinarello ride, the Bolide F. World time trial champion Filippo Ganna, Geraint Thomas, Adam Yates and Felipe Martinez will debut the Bolide F after having  race on a  “disguised” version of the bike at the recent Tour de Suisse. The first stage of the Tour is a 13.2 km test, with plenty of corners through the streets of Denmark’s capital.

Ganna also recently used the bike to to take his first victory at the Italian  national championships. In those races, the bikes  were wrapped in a special camo paint to disguise them ahead of the official release at the Tour when they will be unveiled with a new custom paint job. 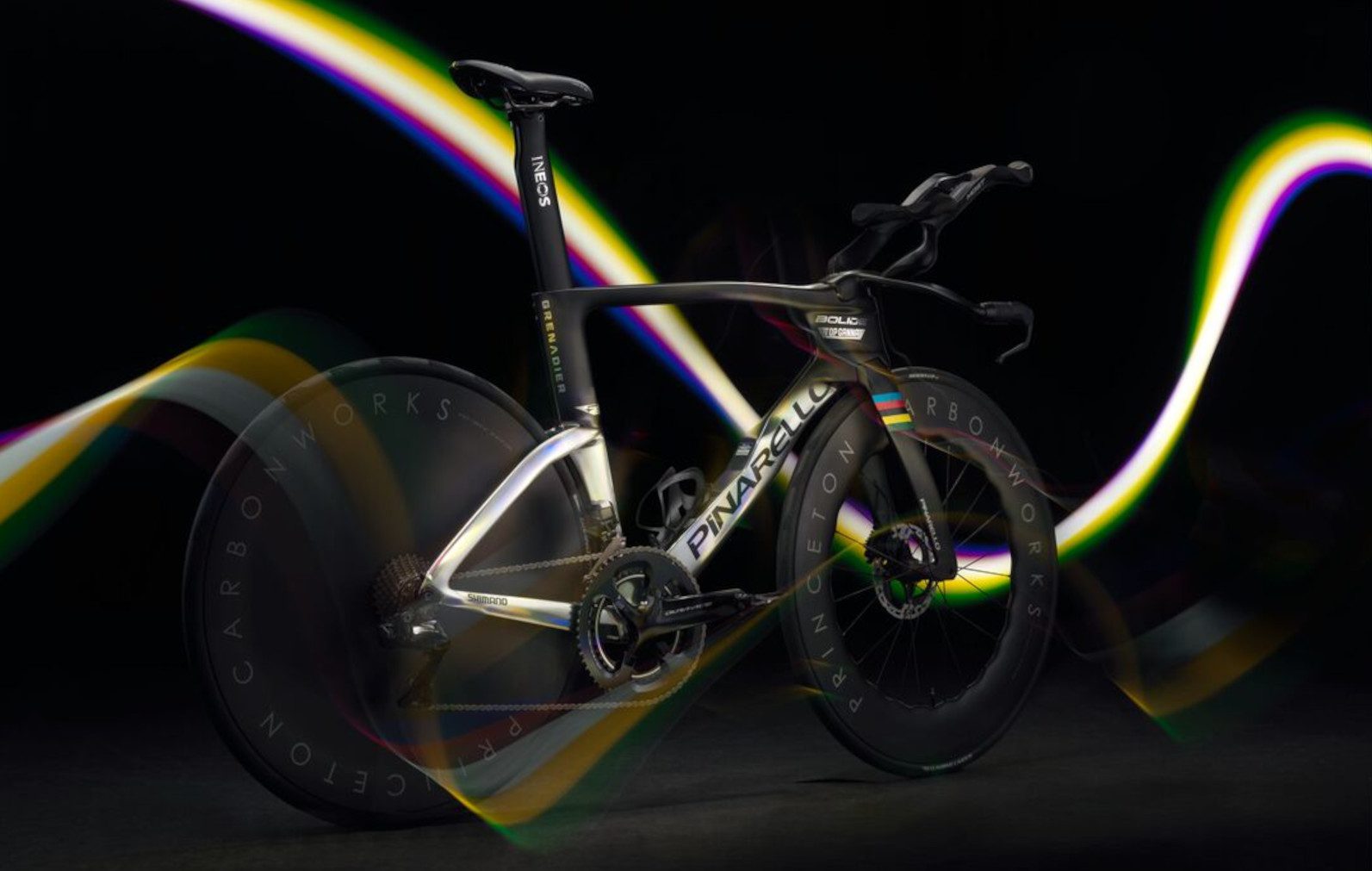 The time trial frame was originally made for Team Sky in 2013. Later, Sir Bradley Wiggins used the Bolide HR to break the hour record in 2015, riding 54.526 km. 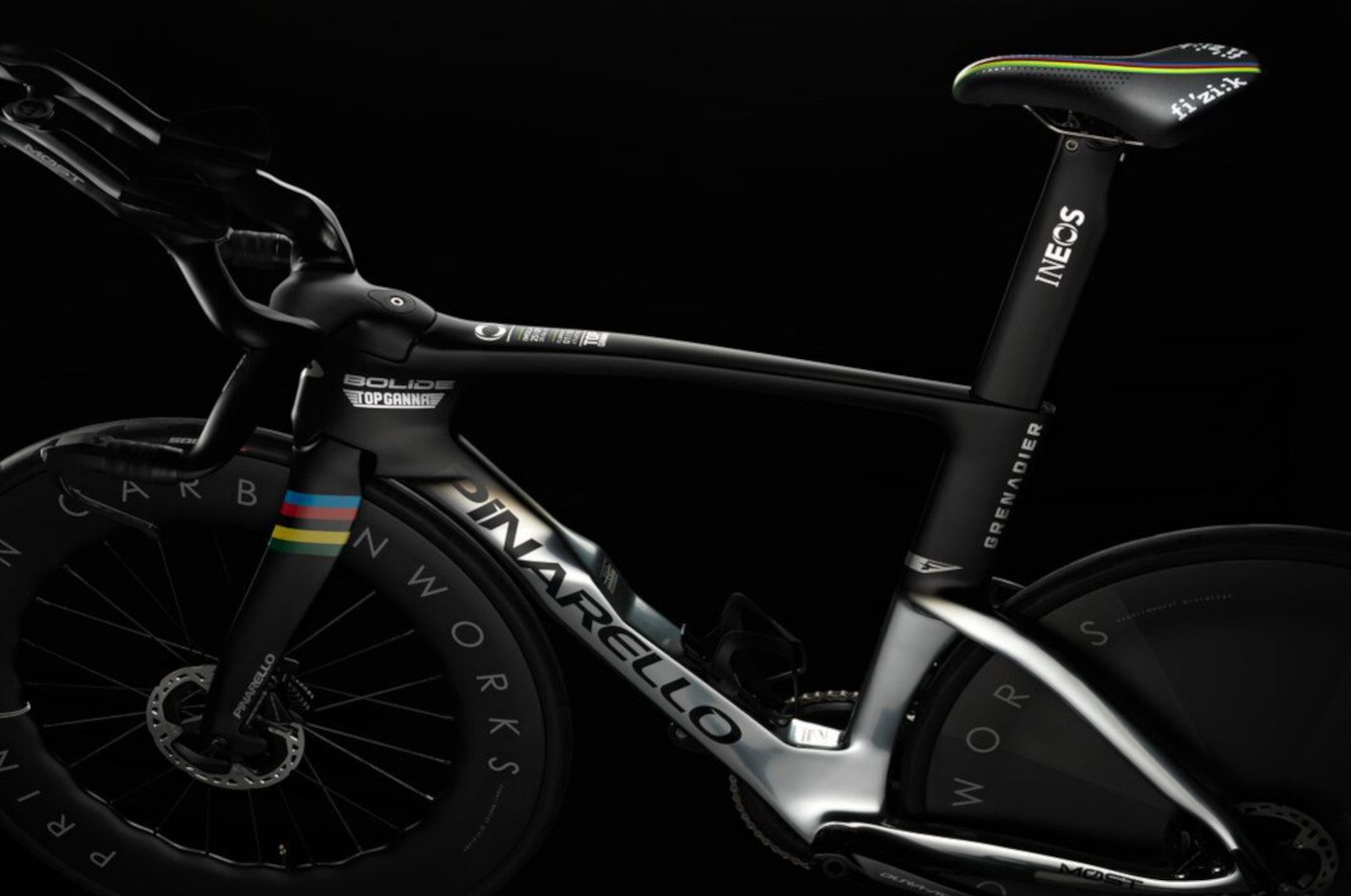 There were two main goals when engineers were designing the new Bolide: improving handling and decreasing rolling resistance. Additionally, the bike had to be updated to use disc brakes. Disc brakes, however, tack on a 1.4 per cent aerodynamic deficit when compared with the previous integrated rim brake version of Bolide. However, this deficiency was saved through a complete redesign of the seat-tube, seat-post, top stays, and chain stays.

By redesigning the bike to use disc brakes over rim braes, that also means that riders can use larger tires: up to 28 mm.

For the extensions and risers on the standard available bar, the aim was to maximize adjustability to improve the rider’s aerodynamic position and comfort The main changes to the bars were the bolt-from-below design for the risers which creates easier angle adjustment. 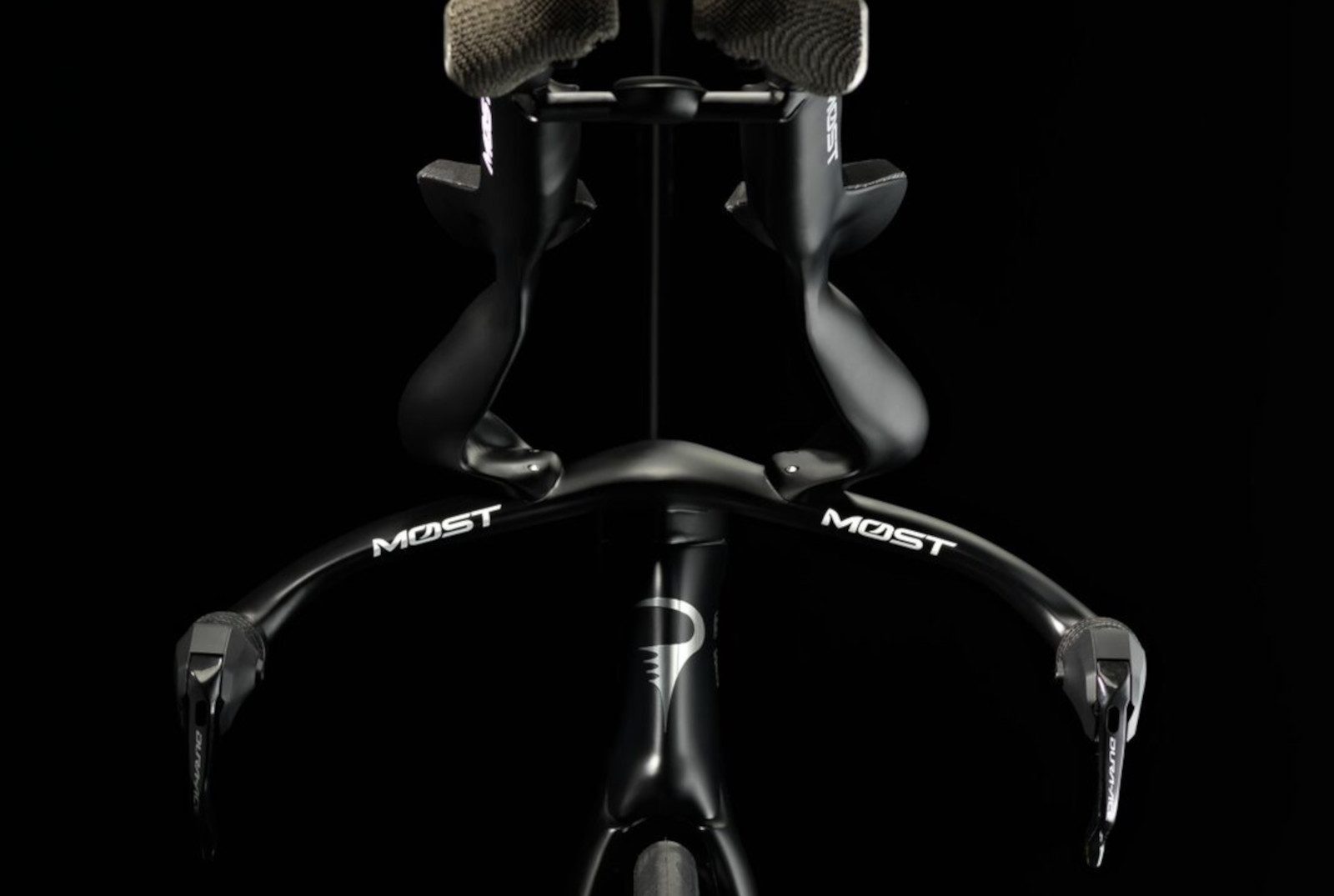 You can watch the Tour de France on FloBikes.com