Senior graphic concept designer Tom Briggs came up with a design for all the Specialized world champions this year. From XCO short track champions Sina Frei and Christopher Blevins, to road world champion, Julian Alaphilippe, Briggs said the emotional journey for rainbow stripes is the same. 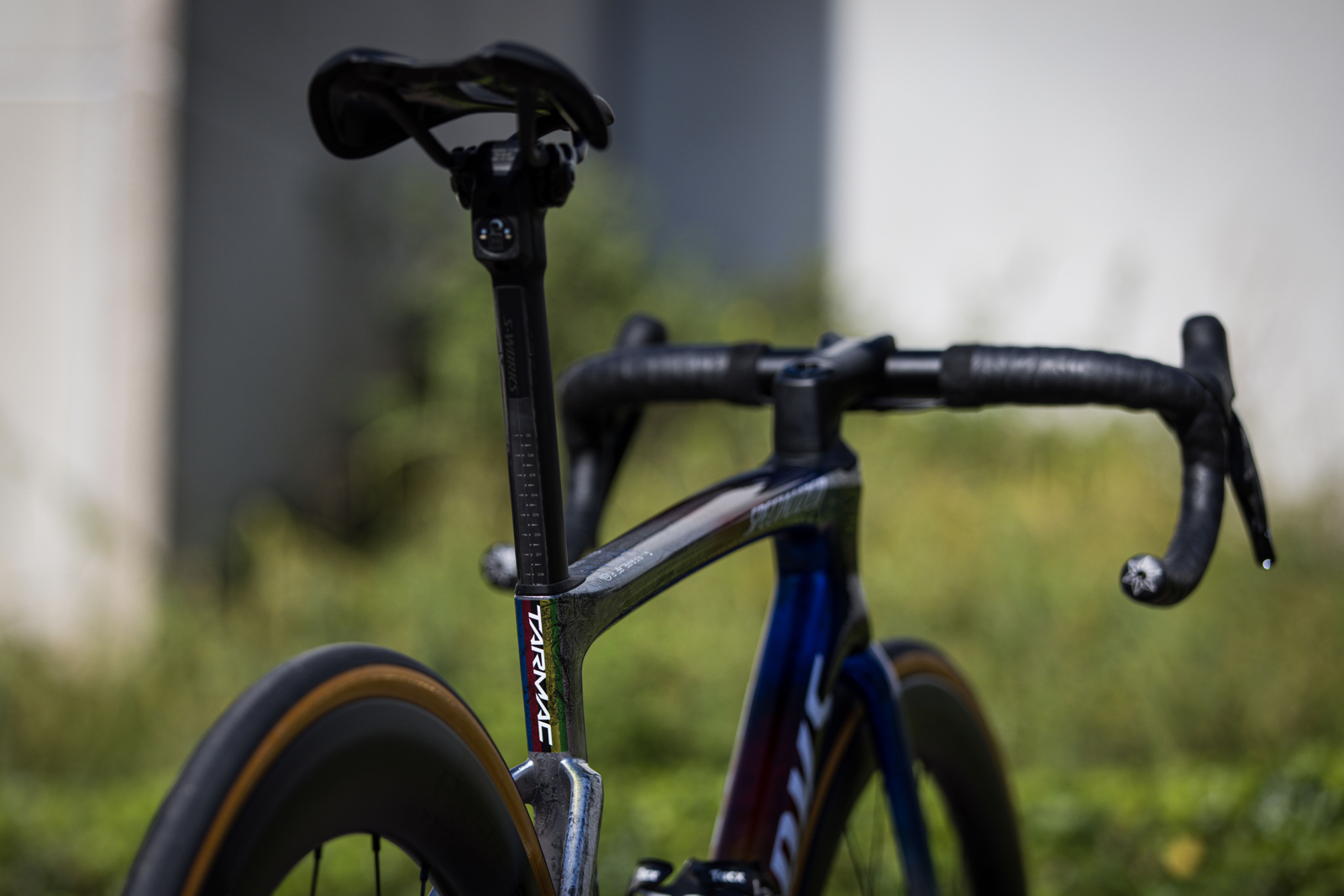 The bike’s colour scheme draws directly from the rainbow scheme that all the champs sport. If you look at the world champ top-tube logo, it is offset as if a rider’s vision is starting to see double and the world champion rainbow stripes are starting to blur on the down tube and head tube.

The Tarmac SL7 was launched in 2020 and already has established an impressive palmarès, with wins at Tour of Flanders, La Course, Liège–Bastogne–Liège Femmes, Giro d’Italia Donne, the sprinter’s jersey in all three Grand Tours, and of course, three elite world road championships in the men’s and women’s races. Given “Loulou’s” recent win, in fact, the Tarmac SL7 is undefeated in the elite men’s world road race since its debut.

Previous Tarmacs were focused mostly on getting riders up inclines quickly. With the launch of the latest model, Specialized says that the aerodynamic features it was able to work into the frame have made the Tarmac as slippery in the wind as the Venge. 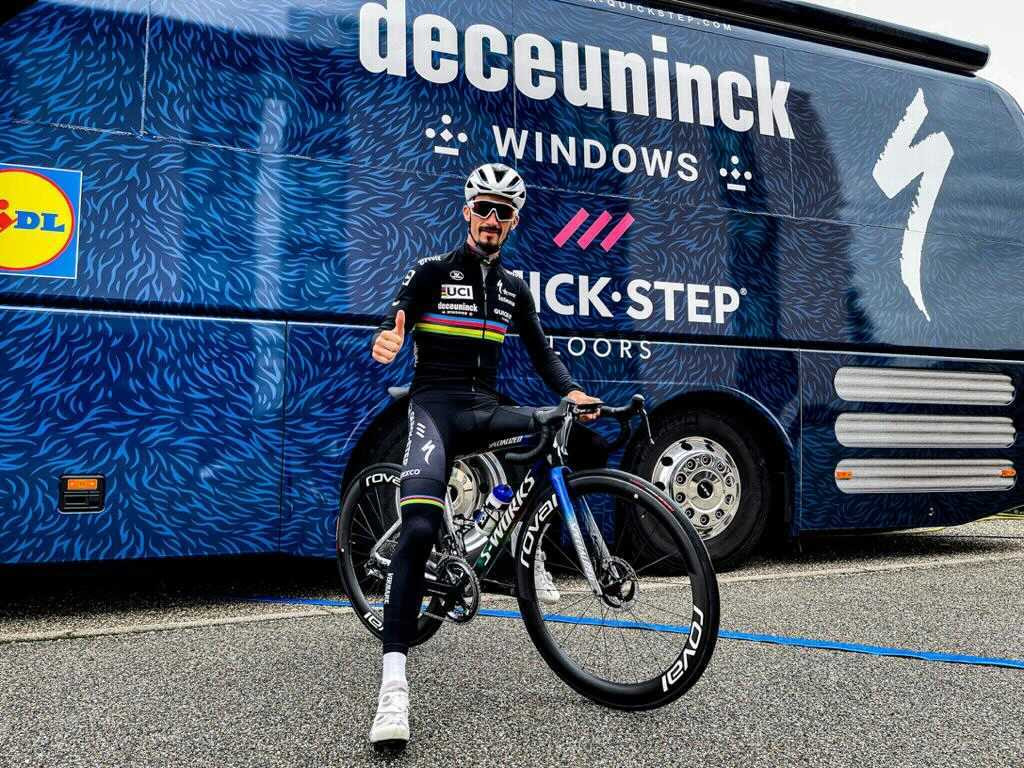 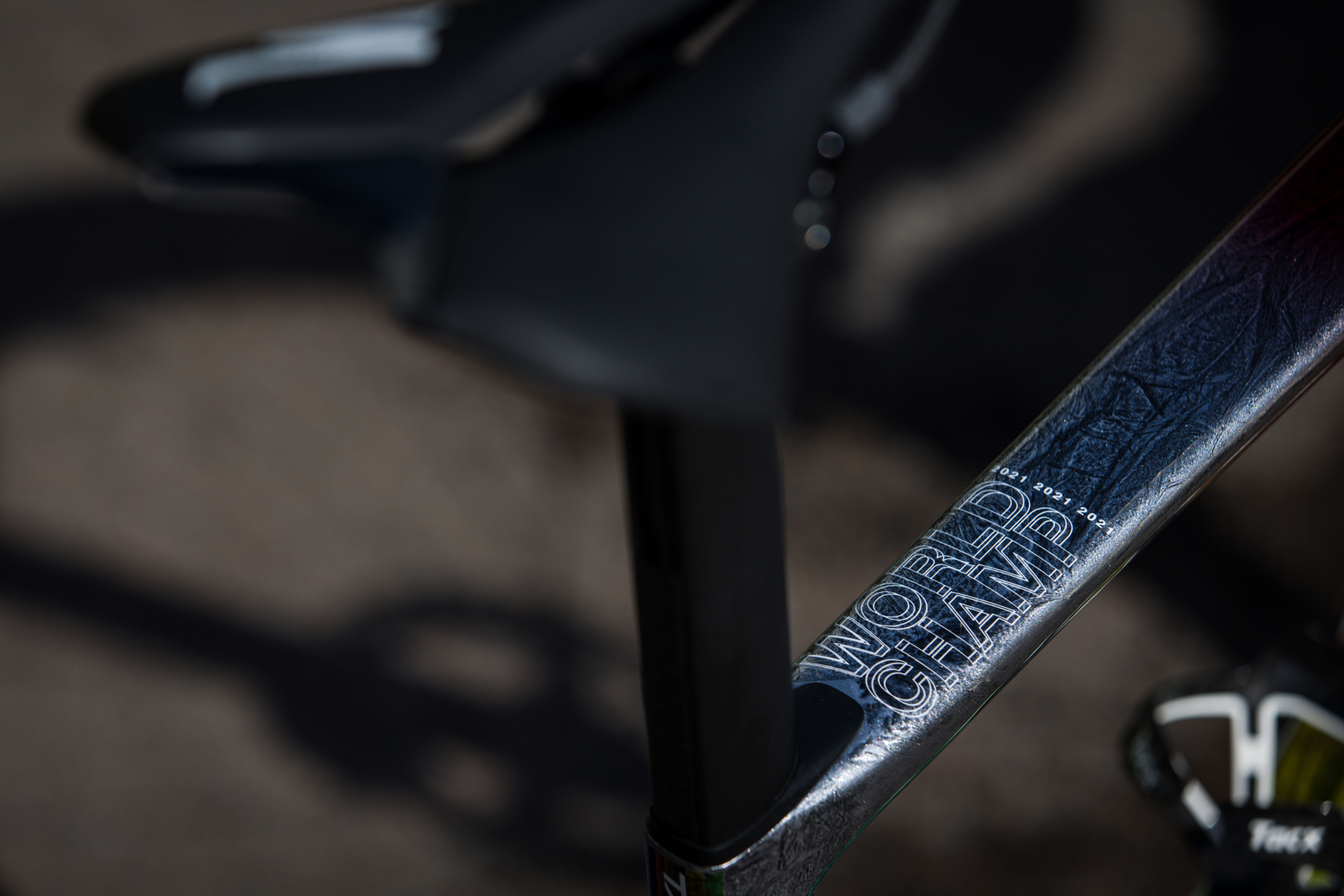 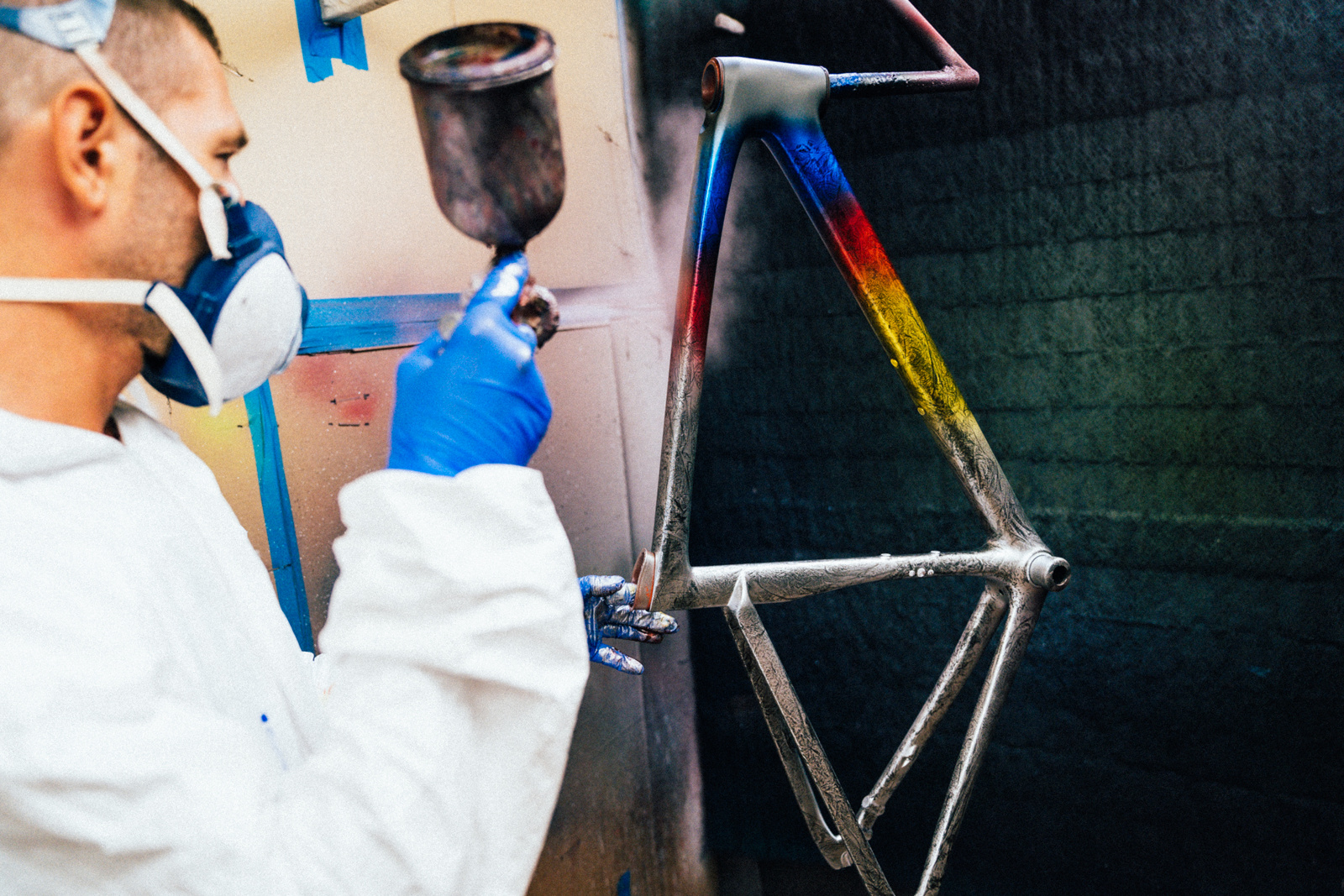 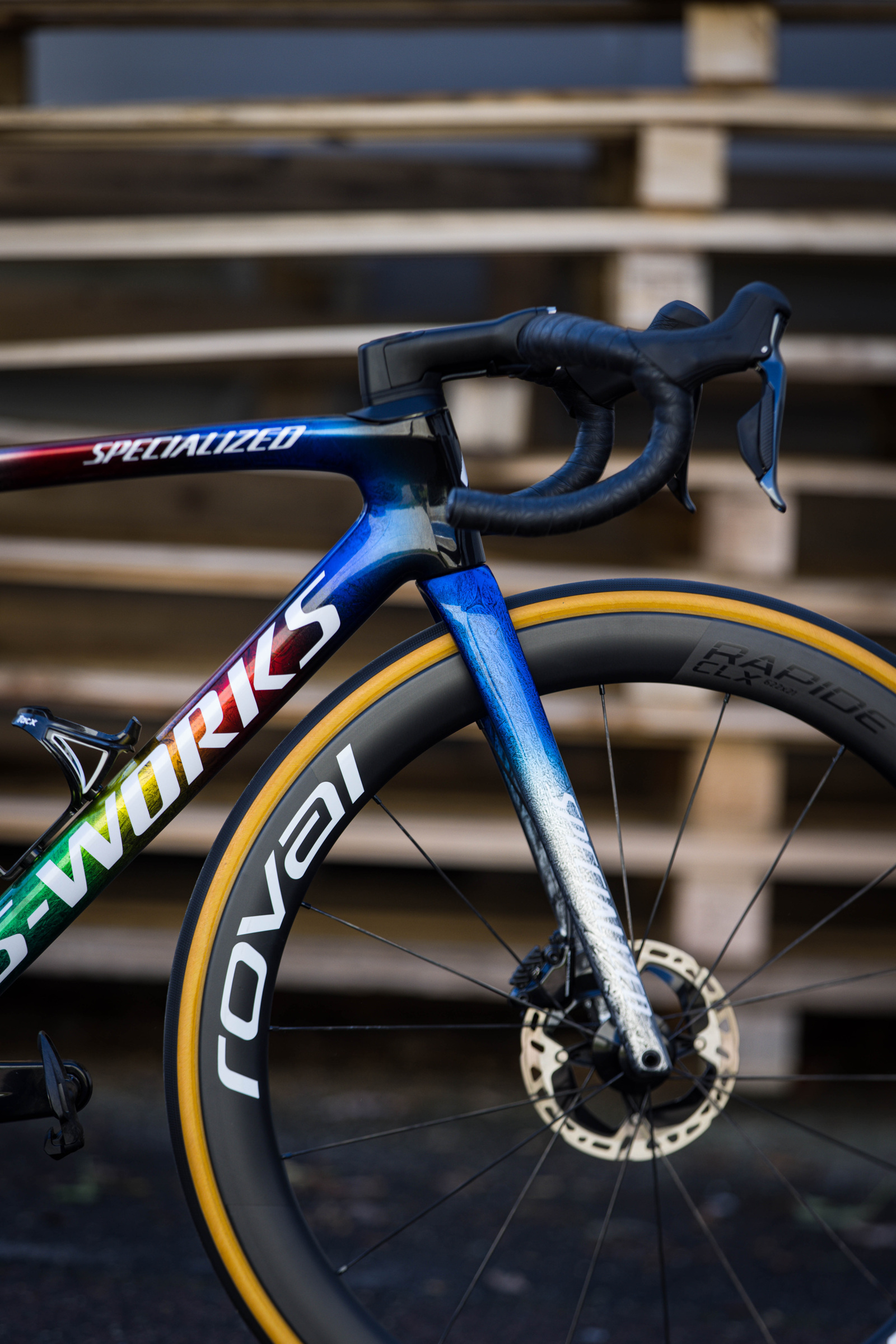 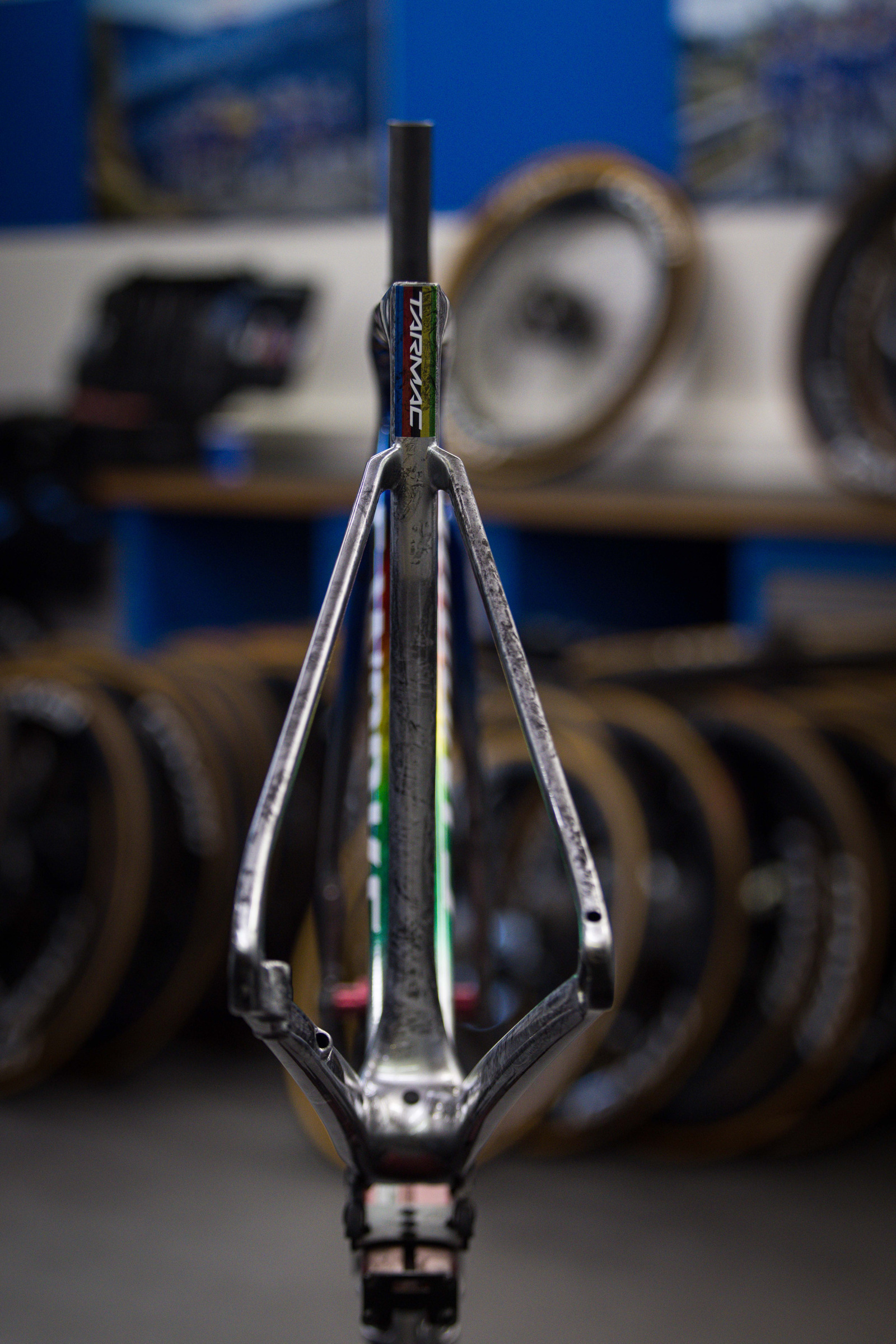