Treviso-based Italian bike manufacturer Pinarello have launched their latest range-topping performance road bike, the Dogma F12. Building off the legacy of the Pinarello Dogma F8 and F10, the newest model offers improved aerodynamics and structural refinements all in the pursuit of creating a faster all-around road bike. 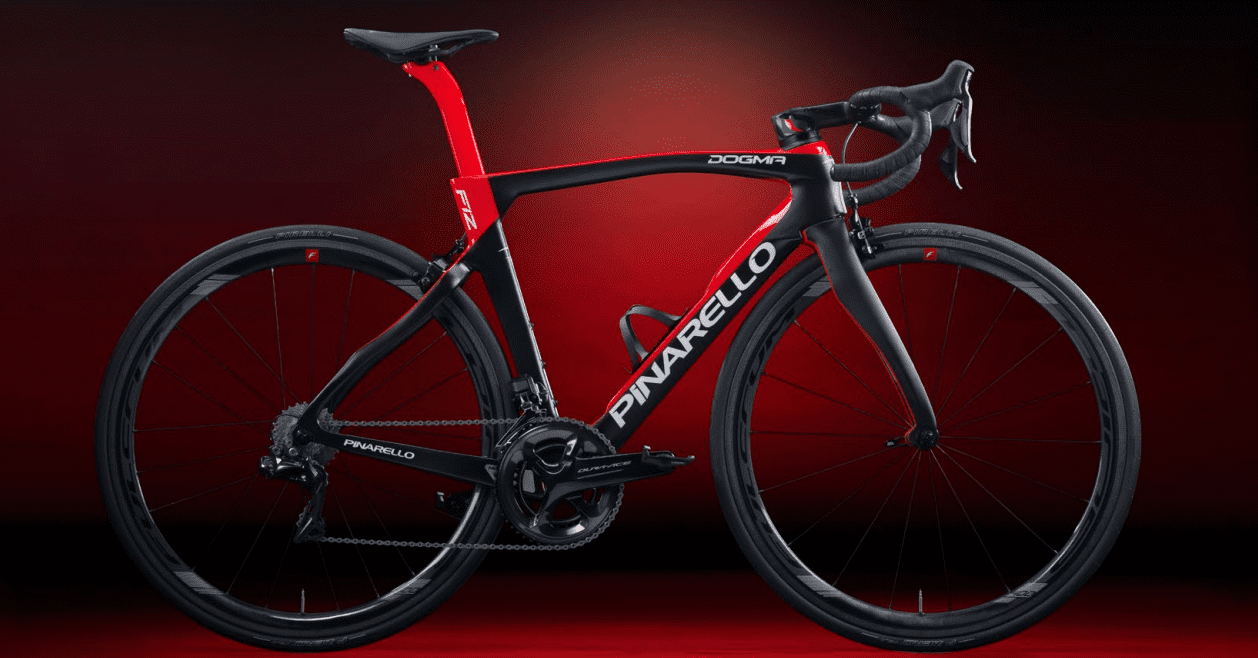 Pinarello’s flagship Dogma has been ridden to victories at all three Grand Tours including six Tour de France yellow jerseys. The Dogma’s been ridden to two Monument wins and countless other big results on hors category climbs, from breakaways and in sprints under Team Sky riders. On May 1, the British team starts a new chapter as Team Ineos. With the change in title sponsor, the UCI WorldTour team will start the new phase on the new Pinarello Dogma F12 at the Tour of Yorkshire.

Refinements to cut the wind 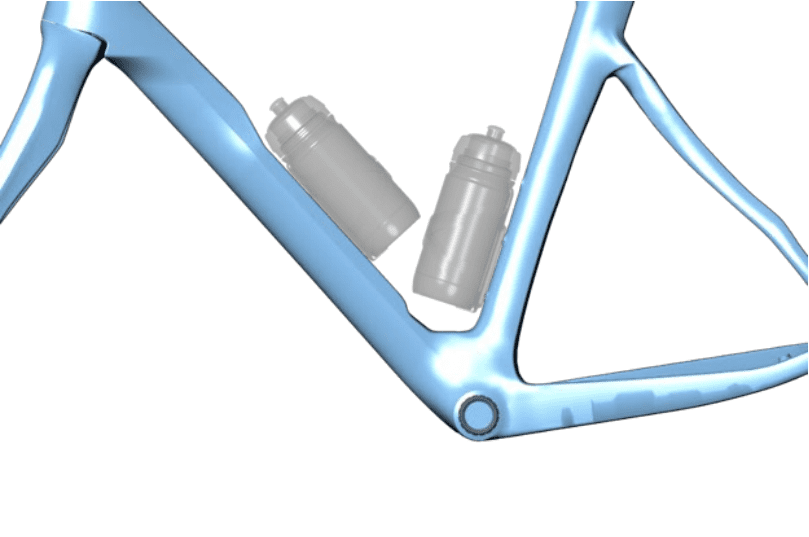 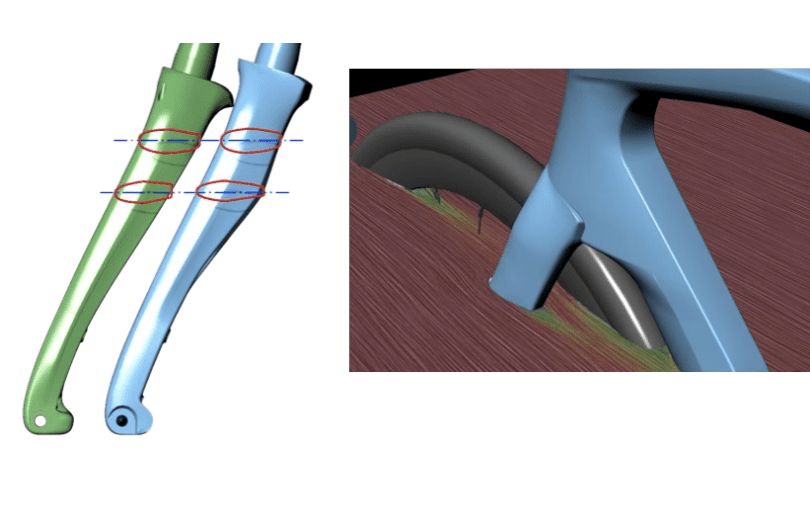 The fork has more surface area to reduce drag. 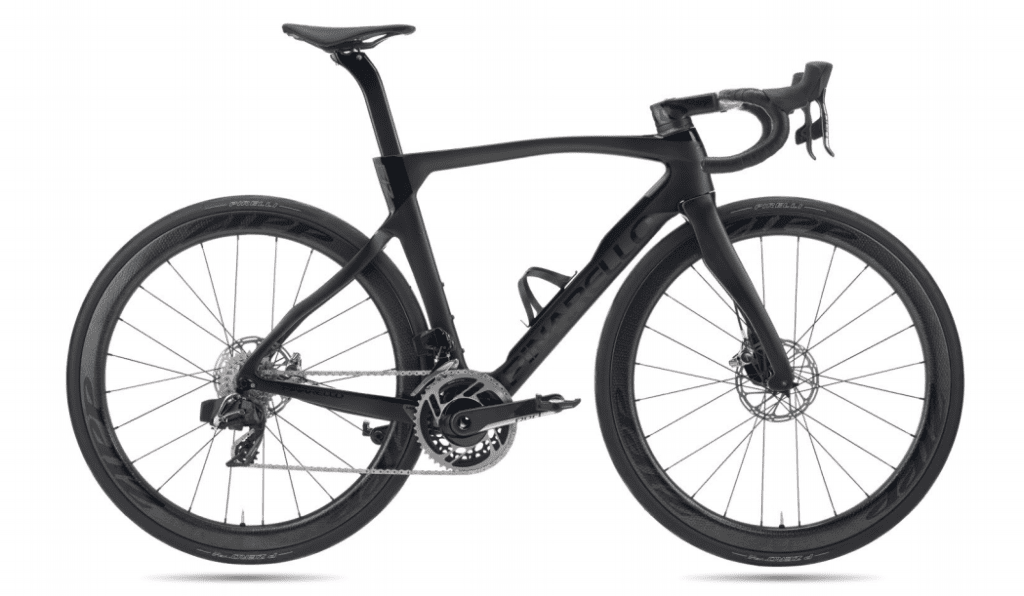 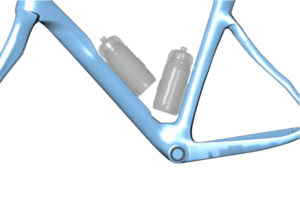 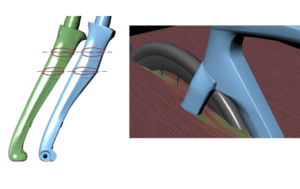 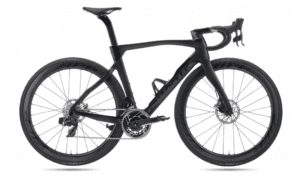 Pinarello’s Onda forks on their flagship Dogma’s have always had a distinctive wave shape that’s designed to deal with road vibrations. The new fork on the F12 has a larger lateral surface area to improve airflow and drag created by turbulence behind the fork. The F12 Disk fork was found by Pinarello to have 15.7 per cent less drag than the F10 Disk fork.

Pinarello have also modified the asymmetrical bottom bracket so the seat tube water bottle cage could be positioned 5 mm lower than on the previous model ensuring it’s better hidden from the wind.

The new Most Talon Ultra handlebar has been designed to hide as many of the cables on the Dogma F12 as possible. The lower part of the handlebar has been redesigned with completely internal channels so brake and shift cables can be routed through the bars. With internal cables, the headtube had to be enlarged to allow for everything to route cleanly. Even if you choose to run another brand of handlebars on the Dogma, there is an adapter so the cabling can enter the frame below the stem.

The integrated stem has also been enlarged to make room for the steering tube and the exit holes for the cables to go towards the brakes and derailleurs. The spacers have an aerodynamic shape and space for the cables to pass through them. Compared to the Talon Aero bars, Pinarello says the Talon Ultra has 5 per cent less drag because of the hidden cables and updated aero shape. Pinarello also says the new handlebar is significantly stiffer. 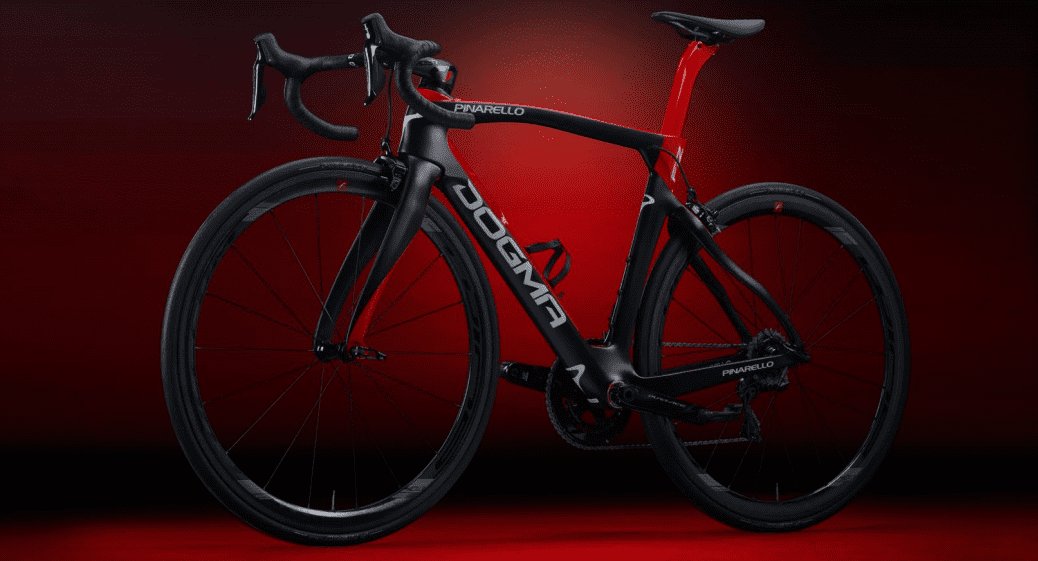 The results of the changes are a frame that Pinarello says is 7.3 per cent more aerodynamic than the F10. As the yaw angle of the wind increases, Pinarello says so too does the frame’s aerodynamic performance. For pro riders, these changes lead to some significant improvements at the speeds they are accustomed to riding at. When rolling at 40 km/h, Pinarello’s studies suggest a rider will save up to 8 w compared to on the Dogma F10.

Stiffer shapes for a faster ride

The F12 frame has undergone a series of changes where Pinarello changed the shape of the tubing in order to improve stiffness but without requiring the use of more material. The chainstays now have a more squared shape designed to counteract the forces transferred into the frame by the drivetrain. Pinarello claim that the frame is 10 per cent laterally stiffer. 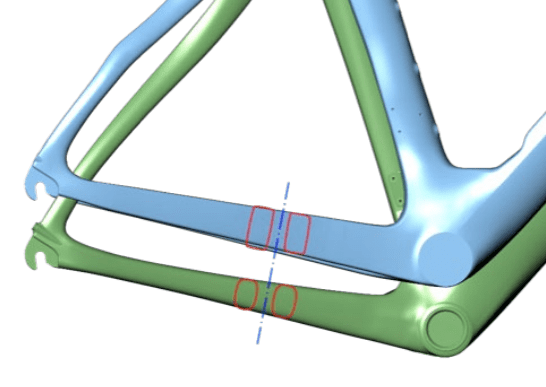 The rounded chainstays have been squared for lateral stiffness. Blue is the F12 and green is the F10. 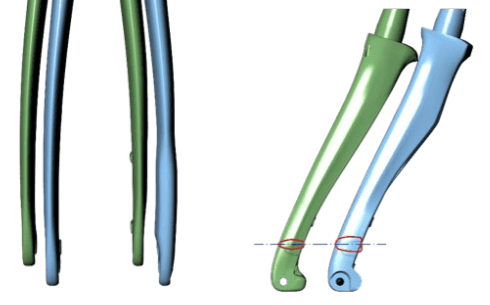 The disc brake models left fork arm has been reinforced to prevent the twisting that occurs when braking. 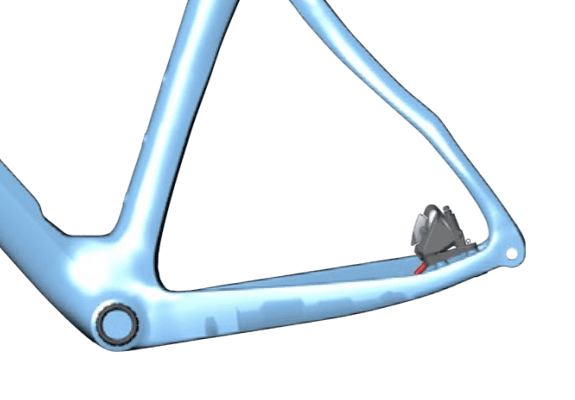 The left chainstay has also has a unique shape to counteract the forces of the brake caliper on the frame when braking.

The rim brake model is equipped for direct mount brakes. 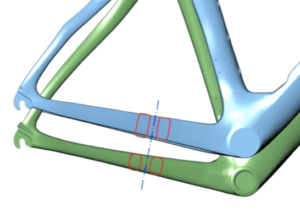 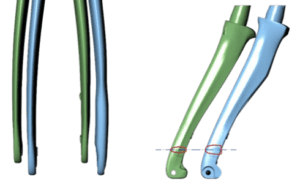 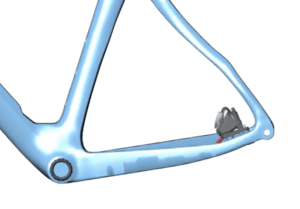 Frame builders have been making frame modifications to their disc brake equipped road bikes since the braking system has become increasingly prominent on the road. Brake calipers and rotors are only on the right side of the bike so Pinarello felt the left chainstay and fork arm needed to undergo some changes. The disc brake model of the Dogma F12 has a left fork arm that has an enlarged cross section around the brake caliper. Likewise, the left chainstay is not straight, nor parallel to the left one. Instead, it’s been dropped down and then curves upwards near the rear caliper connection.

Despite the appeal of disc brakes, amoung Pinarello’s pro riders rim brakes continue to be favoured. The F12 uses direct mount brakes which deliver more force to the forkhead and to the seat stays. As a result, Pinarello has strengthened these areas to counteract the forces for consistent powerful braking.

A bike to help riders excel in all terrain

Regardless of groupset choice, the Dogma F12 has been designed for all major groupsets. The E-Link which was introduced in 2017 and designed to hold a Di2 junction box has now evolved to become the control center for all types of groupsets from Shimano Di2 to Sram eTap AXS and eTap, and with Campagnolo EPS and with all mechanical gruppos. With the mechanical groupset cables internally routed, Pinarello have introduced a system for the front derailleur adjuster to be installed in the E-Link. 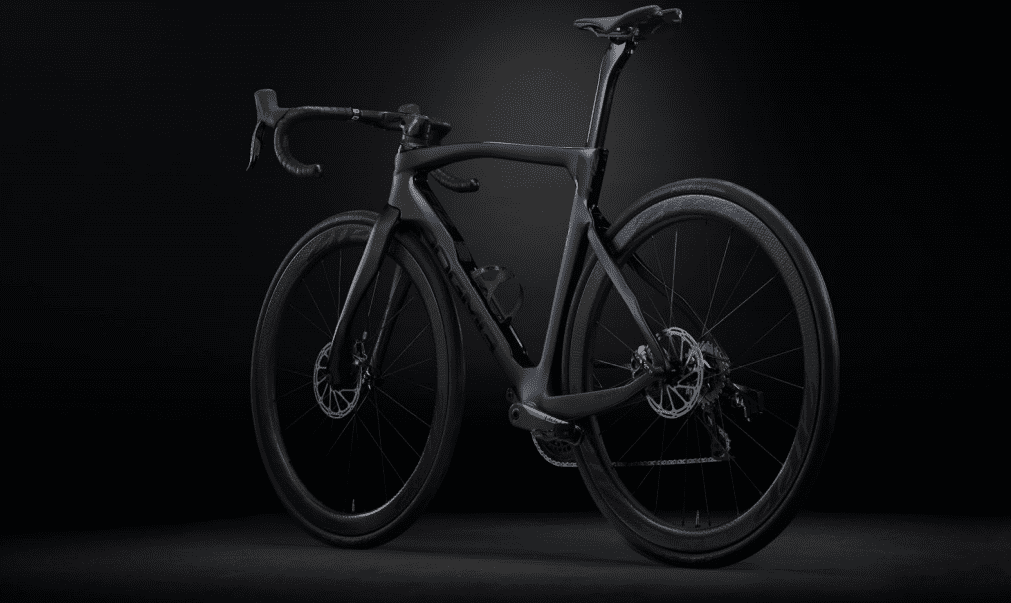 The F12 has a stated tire clearance of 28 mm on rims as wide as 30 mm. The Pinarello Dogma F12, like the Italian company’s other top-end frames, uses Torayca T1100 1K carbon fibre and will be available in 13 sizes. There are 16 different Talon Ultra bars available with various stem lengths and handlebar widths.