In the lead-up to this year’s Tour de France, Italian bicycle manufacturer Pinarello has announced the latest edition of its top-of-the-line Dogma series: the Dogma F. Viewers will be able to catch the eighth-generation Dogma being ridden by Ineos-Grenadiers when the Tour starts this Saturday.

The Dogma F is the successor of the 2019 Dogma F12. Pinarello says it decided to drop the numbers in the name of the bike after “reading the dictionary definition
of Dogma.” According to the company, “a Pinarello Dogma is an icon, it goes beyond a number or superficial classifications. It has been and always will be a symbol of excellence and the benchmark for everyone.” 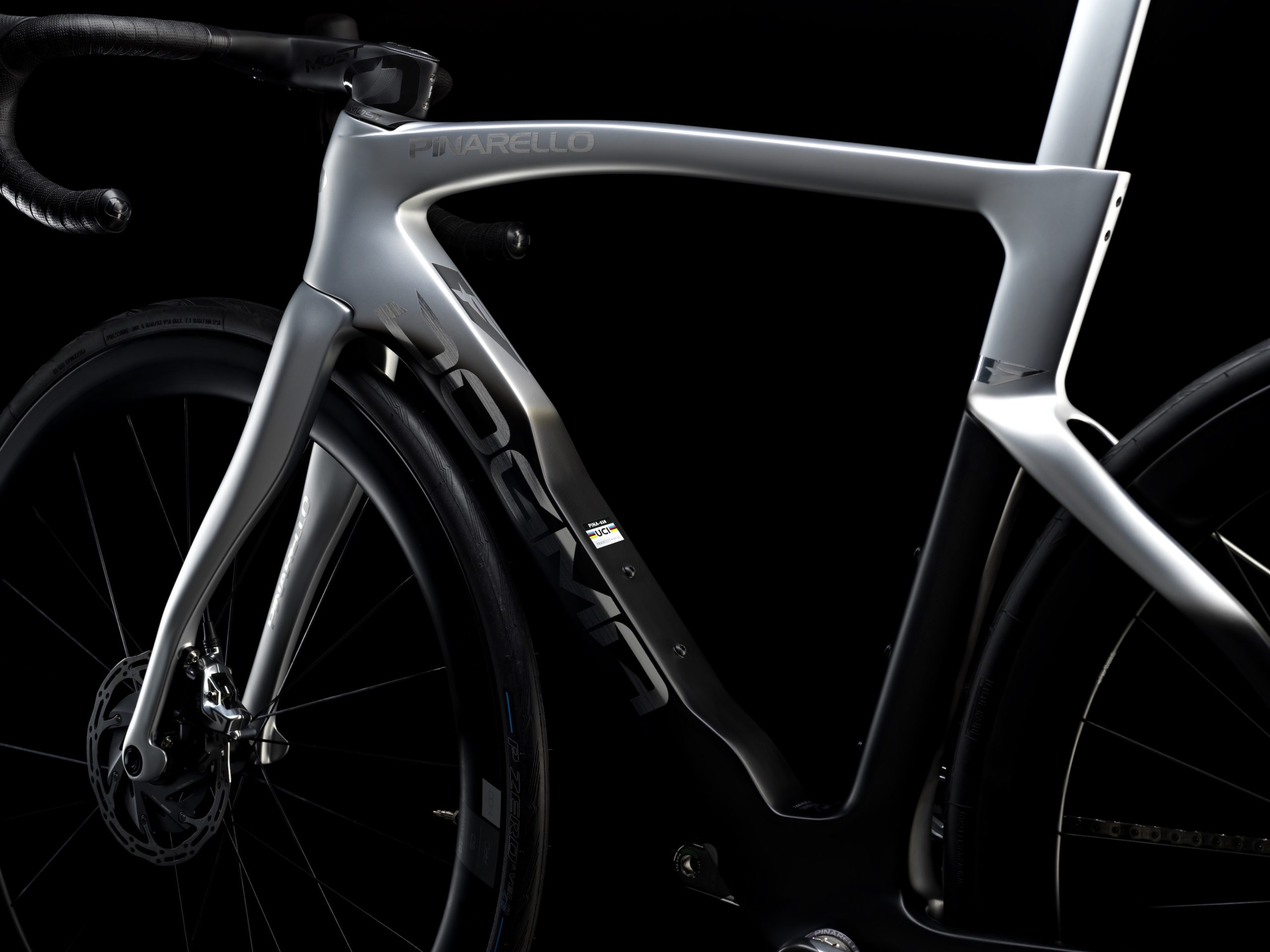 “The right to choose”

Many manufacturers have switched over to disc only, but Pinarello is committed to offering rim brake options, stating that it remains “totally convinced that every cyclist has the right to choose which brakes to use.” 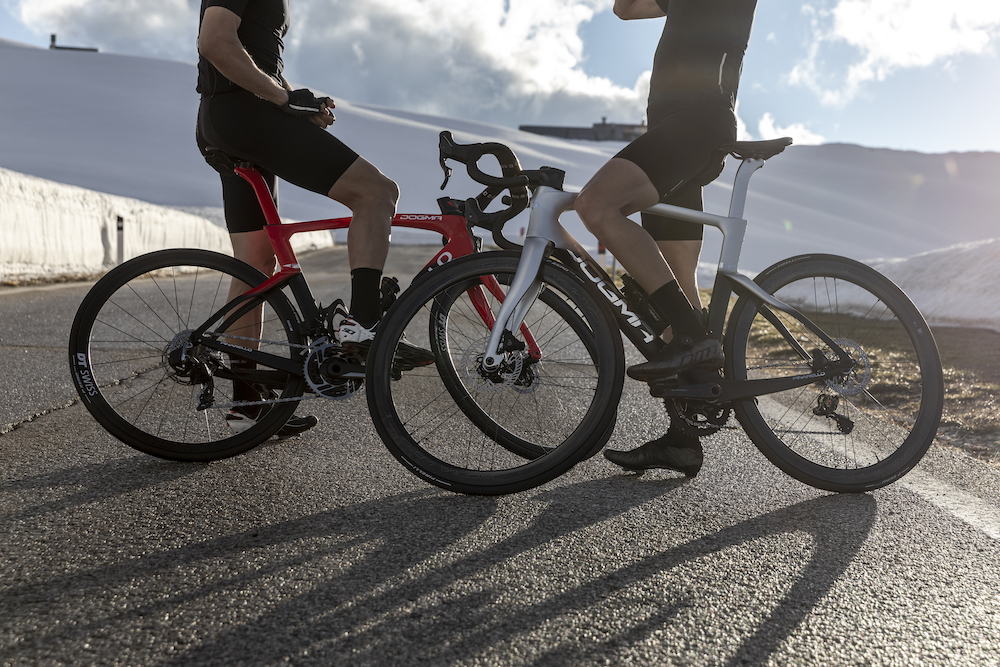 The disc and rim brake Dogma F forks have been designed differently to take advantage of their respective braking systems.  The disc fork is wider at the top and  has more clearance around the hub— according to Pinarello it reduces aerodynamic impact by 12 per cent compared to the previous model. The new Onda F rim brake fork has the company’s “shark’s mouth” profile that first appeared on the Dogma F8, designed to neatly direct the aerodynamic flow. Pinarello says the blades of the new fork act as sails that favour forward movement in crosswind conditions—an effect that is amplified as the wind gets stronger. 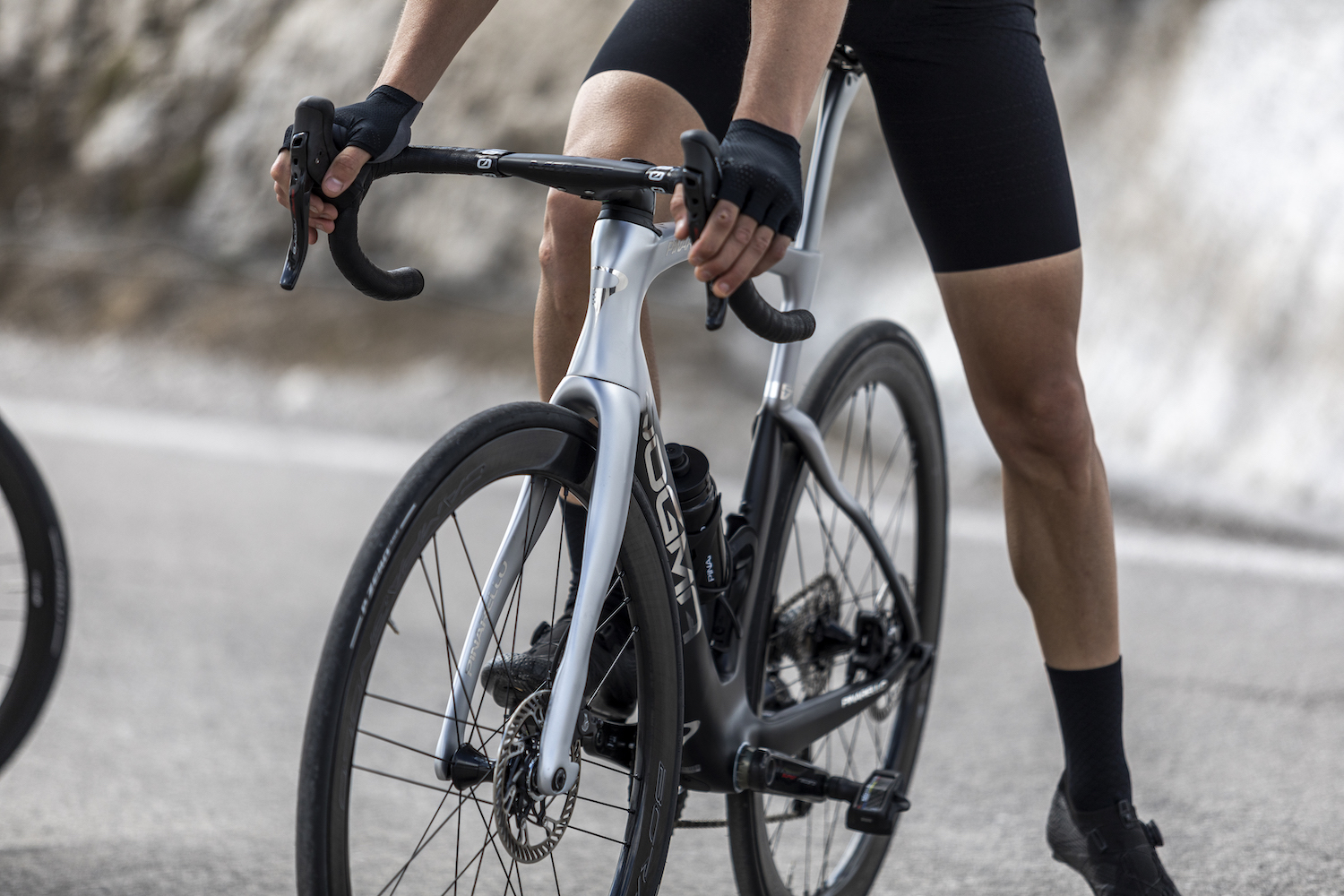 According to Pinarello, the rim brake version of the Dogma F will weigh “well below the UCI regulations,” so it will have to be weighed down before any competition.

The design team for the new Dogma focused on improving airflow—a new front fork section and a rear triangle that channels airflow out the back make the bike 4.8 per cent more aerodynamic than the Dogma F12. 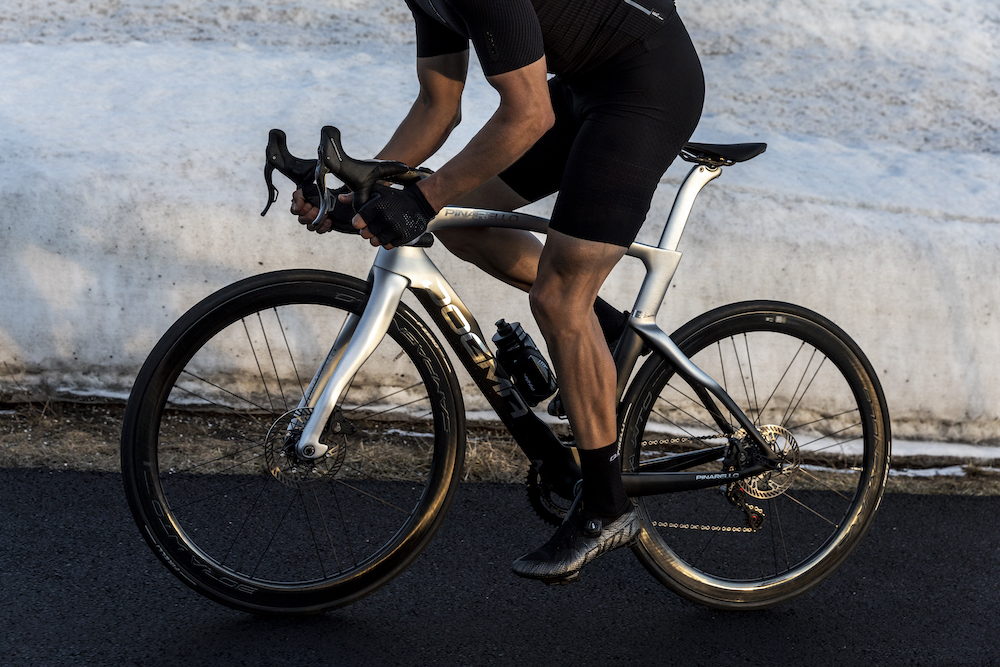 The Dogma F was designed with varying terrain in mind—the brand says that it does not make a distinction between aero bikes and climbing bikes, as “that’s not how people ride in the real world.”

The bike is also 12 per cent stiffer around the bottom bracket and retains the signature Dogma asymmetrical design. Pinarello says that, overall, the Dogma F saves 1.3 watts at 40km/h over the Dogma F12.

Citing the size difference between Filippo Ganna (1.93m and 82 kg) and Tom Pidcock (1.57m,  58 kg), Pinarello says that when designing different sizes of the Dogma F, the geometry of the entire bike tweaked. There are 11 sizes available, which sounds like a lot but is actually two fewer than the Dogma F12. The bike also can be dressed with 16 handlebar size option and two setback options for the seatpost. 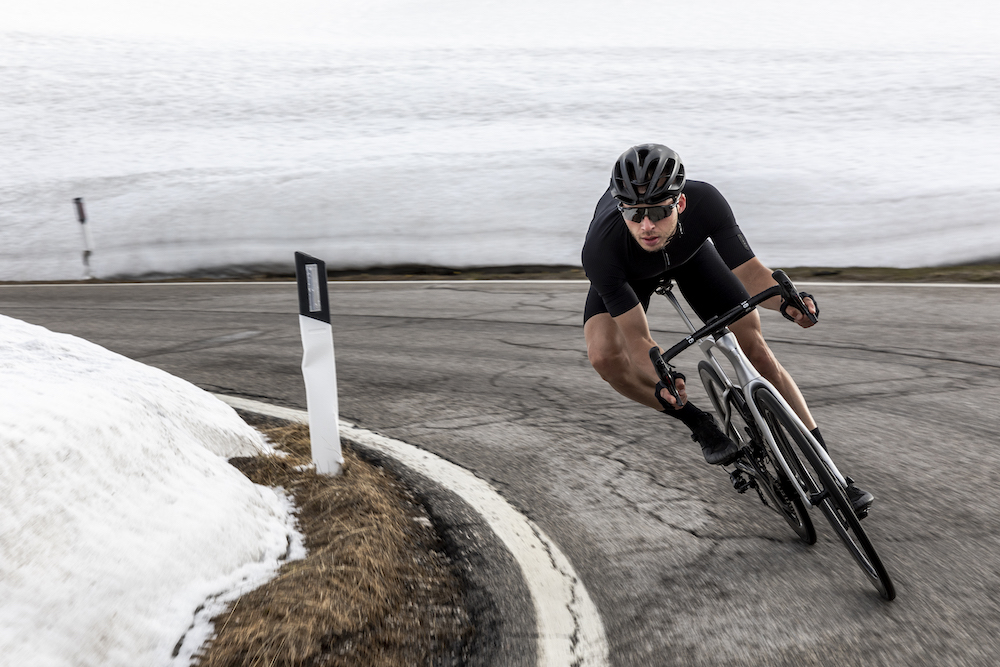 The Pinarello Dogma F will initially be available in three colourways: plutonium flash, eruption red and black on black.