Ahead of Paris-Roubaix, Pinarello has unveiled a new road bike with front and rear electronic suspension. The Pinarello Dogma FS will be ridden by Team Sky at Sunday’s Hell of the North which tackles over 50-km of cobbled roads in Northern France. To deal with the bumpiest roads any professional bike race in the world traverses, Pinarello has furthered the development of their electronic suspension system first introduced on the rear of the Pinarello Dogma K10-S. 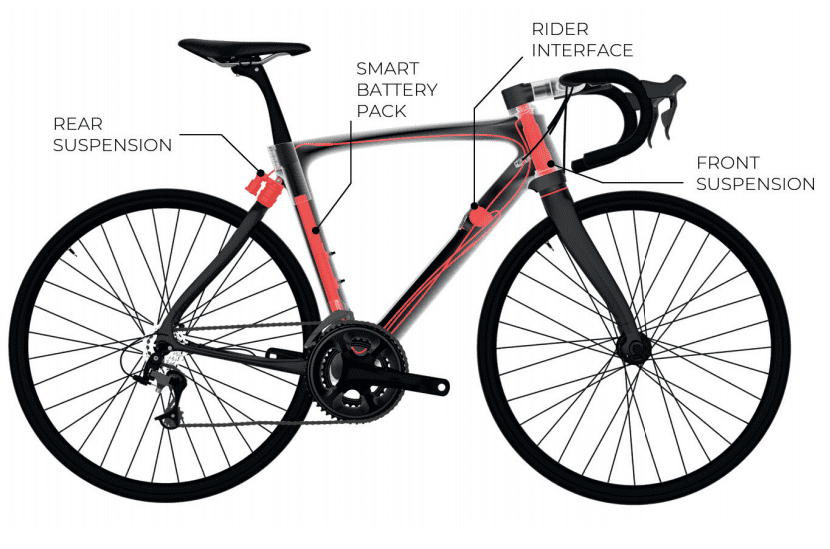 The Pinarello Dogma FS features front suspension with 20 mm of travel positioned below the head tube on the crown of the fork. The fork has been redesigned with less rake while the head tube is wider and shorter to fit the DSAS electronic front suspension and make room for the travel. Pinarello’s front suspension uses a metal coil combined with a hydraulic damper and can be adjusted on or off with an interface on the downtube depending on the surface.

The rear suspension is located on the top of the seat stays close to the junction with the seat tube. With 11 mm of travel, it uses an elastomer with an electronic-hydraulic damper which can also be switched from locked to unlocked depending on the road surface. 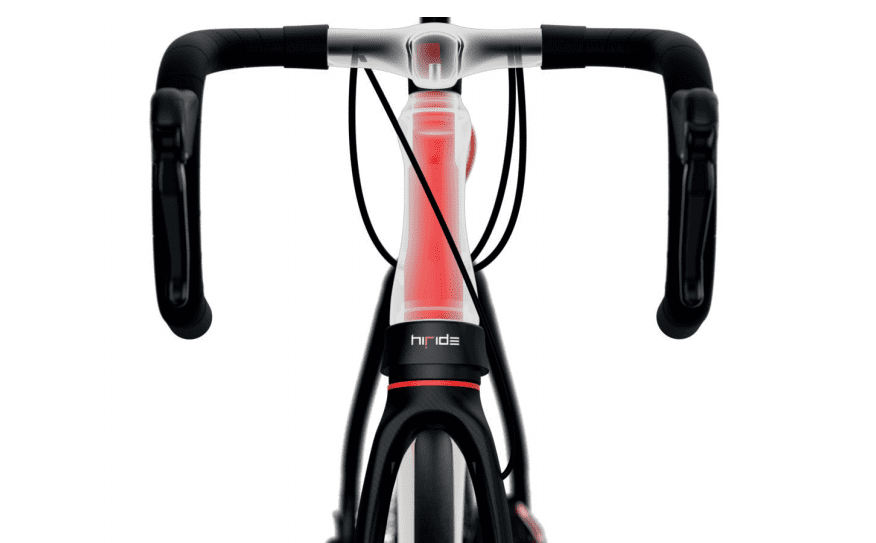 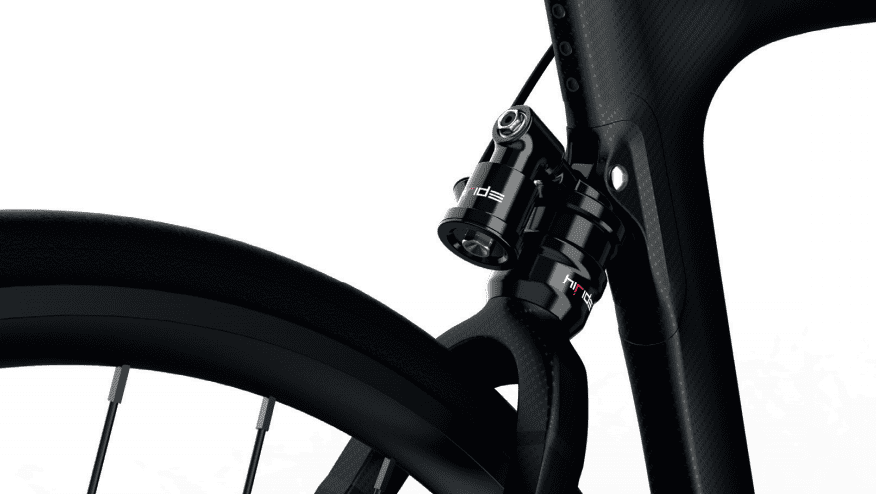 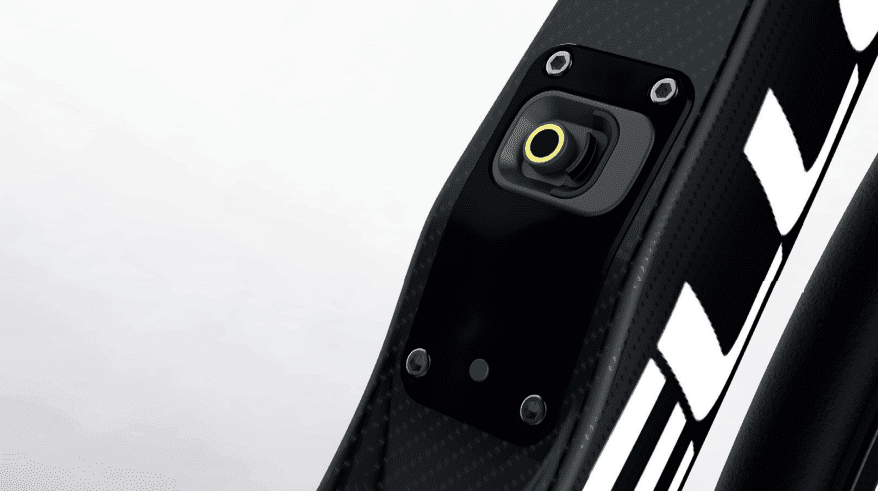 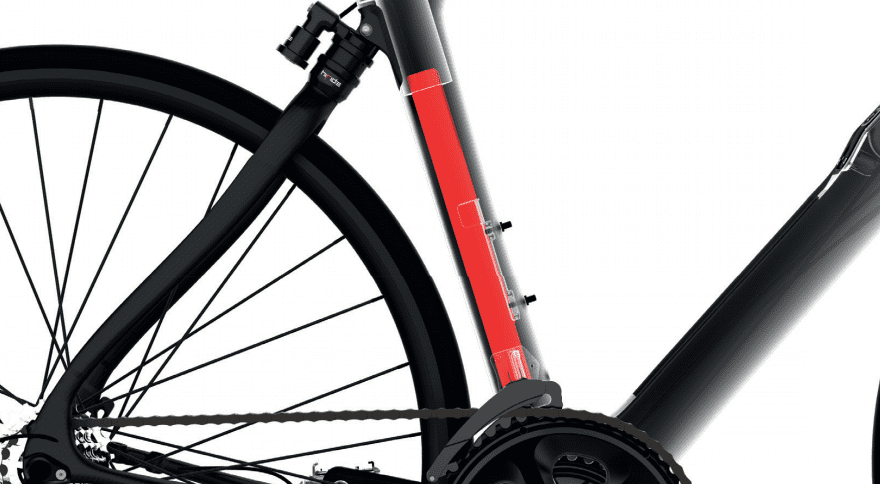 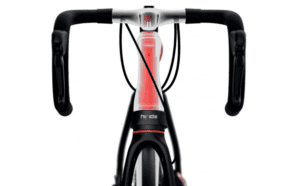 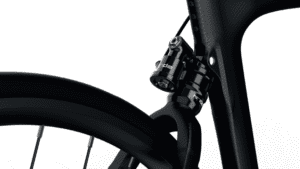 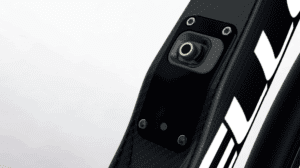 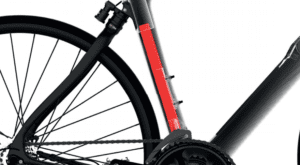 Pinarello says a total of 42 per cent of vibrations coming from the road can be absorbed with the suspension. On rough surfaces, the system is designed to increase traction and stability. Their calculations say this all results in more speed. On the Carrefour de l’Arbre, their calculations suggest that there is a 9.67 per cent increase in speed at the same power output compared to on a rigid bike.

To power the system, there is a battery pack located in the seattube. Inside there is a CPU which with the help of gyroscopes and accelerometers controls the status of the suspension depending on the road surface. The interface allows the rider to control the system switching between manual mode and automatic mode, and change between locked and unlocked depending on the road surface.

The suspension system has Bluetooth Low Energy and ANT+ connectivity so it can be controlled with a smartphone app which also allows analysis and settings to be changed. It can also be paired with Garmin cycling computers. 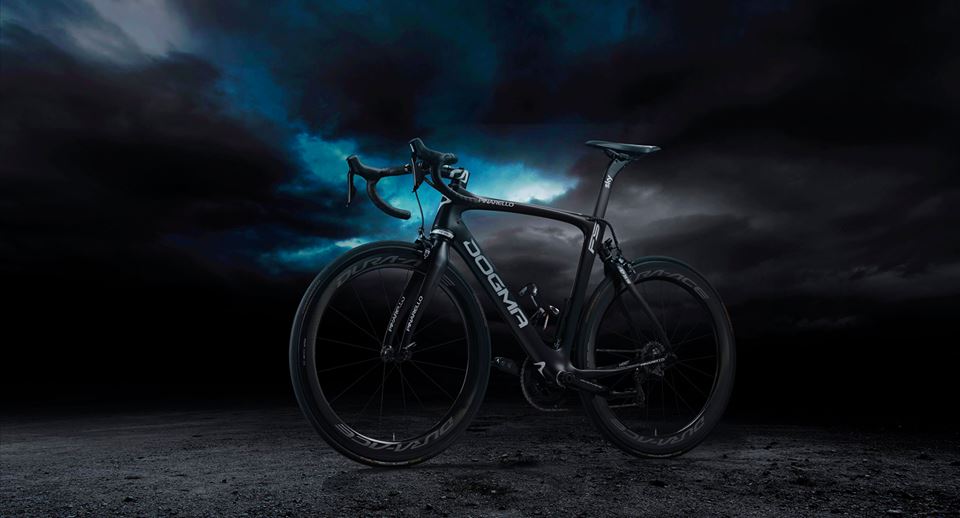 Canadian pricing is not yet available. The bike will be available in Canada by special order only.