Enduro racing is an emerging discipline within the ever-morphing world of mountain biking. It combines timed downhill sections with un-timed liaison sections, which could include an uphill pedal or even a ride on a lift. Typically, 80 to 90 per cent of enduro race courses are downhill sections suited to bikes with about 160 mm of travel, meaty tires and slack angles.

Trek Bicycles took its existing 160-mm-travel Slash all-mountain platform and made some tweaks this year. It now caters to enduro racers as well as riders looking for a bike that can handle high-speed, technical descents, but can still be pedalled back up for the next rip down. The biggest change was the switch to 27.5″ wheels, but the head angle was also raked out by almost a degree and a half.

The Slash line features a host of proprietary Trek technology (23 items on this bike alone), along with a press-fit bottom bracket, internal derailleur and dropper-post routing, ISCG 05 mount, a 142 x 12 mm rear end and 160 mm of rear wheel travel. It’s also possible to adjust the head angle by 0.5 degrees and the bottom-bracket height by 10 mm.

When I first hopped on the Slash, I could tell that it isn’t your standard long-travel AM bike. It’s competent going uphill, but has more of a sit-and-spin vibe than hammer-to-the-top feel that you might get on an AM bike; there was also perceptible pedal bob.

On flatter singletrack, the slack angles make for somewhat ponderous handling. I found myself having to use more body English than normal on slow-speed skinnies. Although the long wheelbase wasn’t a serious impediment on tight terrain, I did have to carry a lot of momentum when the trail slowed down.

The Slash really came into its own when things pointed downhill; the angles worked in my favour.Combined with the long wheelbase and plush suspension, they turned the Slash into a lightweight, shorttravel downhill bike. Steep, sketchy descents became less intimidating. I carved familiar lines on fast trails so smoothly that it reminded me of the speeder scene in Return of the Jedi. The bottomless feeling in the rear suspension added a lot of confidence to the high-speed ride experience.

I carved familiar lines on fast trails so smoothly that it reminded me of the speeder scene in Return of the Jedi.

The component mix on the test bike was close to perfect for the intended application. The 2014 Fox TALAS fork has much smoother compression than earlier models; it’s a great choice for enduro-style riding. This was my first experience with SRAM’s new 1×11 drivetrain. I’m sold on the concept, as well as the 42-tooth bail-out gear, but I don’t like running a bike without a bash guard. The Bontrager parts did their job capably without calling attention to themselves.

Enduro bikes sit between all-mountain and freeride offerings. Like freeride bikes, they’re great for certain situations. This is not, however, the bike for you if you like to earn your turns. If you’re looking to get into enduro racing or want to kill the downhills but don’t want to shuttle, then the Slash 9 should be on your short list of bikes to check out. 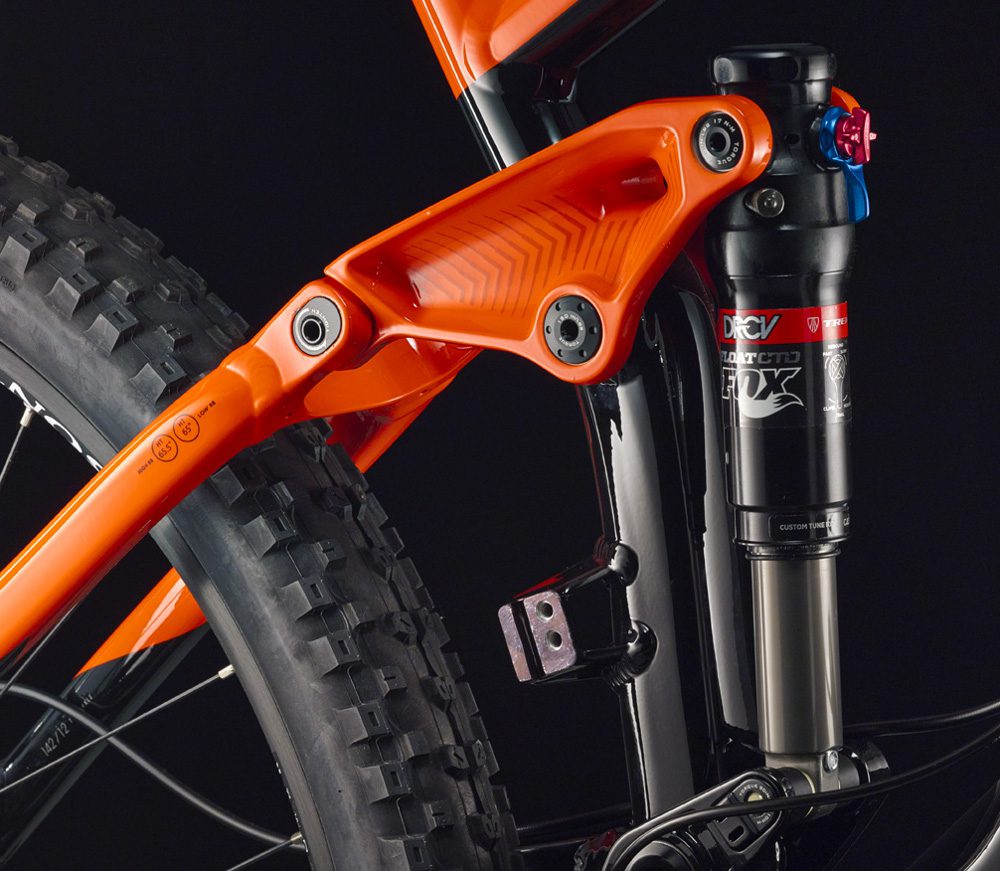