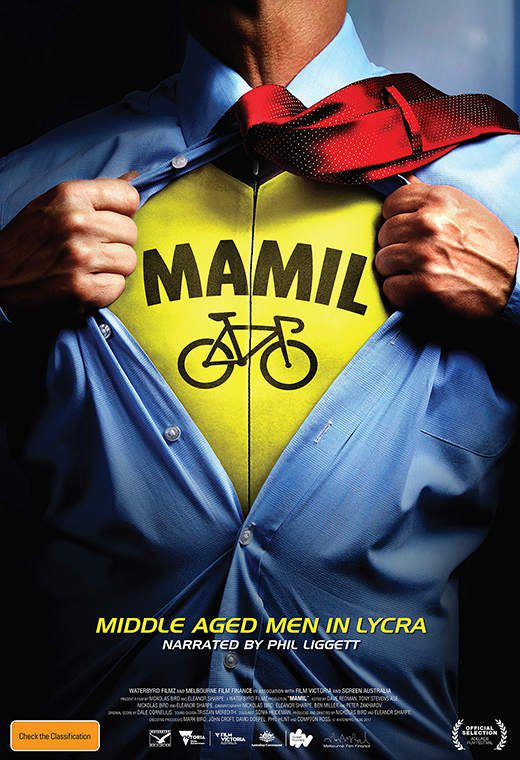 What fascinates men of a certain age to pick up a bike? That’s the question explored in a documentary called MAMIL coming to Canada on Nov. 30.

Featuring commentary from cyclists in England, Australia, the United States, Europe and footage from the Vuelta a España, the documentary considers the connecting tissue between cyclists and cycling’s growth throughout the past few decades. Modernity, it suggests, has stripped away elements of masculinity, for which cycling is apparently a good substitute. The competitiveness, the physical struggle, the seductiveness of the tech—packaged together—these create an industry grossing $6 billion in global sales thanks to an increasingly obsessed cohort of middle-age men. But why?

Kudos to the film’s directors. Several scenes will connect with most in the audience as it explores that question: the 5 a.m. creep to catch a club ride; the creative accounting used to hide bike upgrades; the isolation from family and friends with which cycling is intertwined; and the obsessiveness of designing club kit. It’s all poignantly commented on by masters, club and charity riders, as is the quintessential MAMIL holiday: traveling to ride and stand on the sidelines of a Grand Tour

At 98 minutes, however, the film probably could have been cut down to 60 or 70 of commentary on the obsessive compulsion and the addictiveness of riding and racing at speed—one of the last great pleasures of modern life, particularly for desk jockeys. Despite its length, there are lines (“We know we look bloody stupid” and “We’re just weekend warriors challenging each other”) that capture a version of cycling that makes MAMIL entertaining to watch.

Intermittently, the film also features men crying as they talk about their love of riding. I mean, what could be more masculine than that?

MAMIL (Middle Aged Men in Lycra) was made by Nickolas Bird and Eleanor Sharpe, both from Adelaide, Australia, and is narrated by cycling journalist and commentator, Phil Liggett. It is screening nationwide in more than 30 theaters at 6:30 p.m. on Nov. 30 (one night only). Visit the MAMIL site for more.

Mark Cohen is a contributing writer to Canadian Cycling Magazine based in the U.K. Connect with him on Instagram and Twitter.