Campagnolo’s wide-ranging 12-speed cassette and redesigned groupset made its debut in April 2018 with mechanical Super Record and Record. In March, the line-up was expanded to include the electronic Super Record EPS 12 and now the third-tier Chorus gruppo has 12 cogs. Apart from being more accessible, Campagnolo has made the Chorus groupset there most versatile yet with exciting new gear ratios. 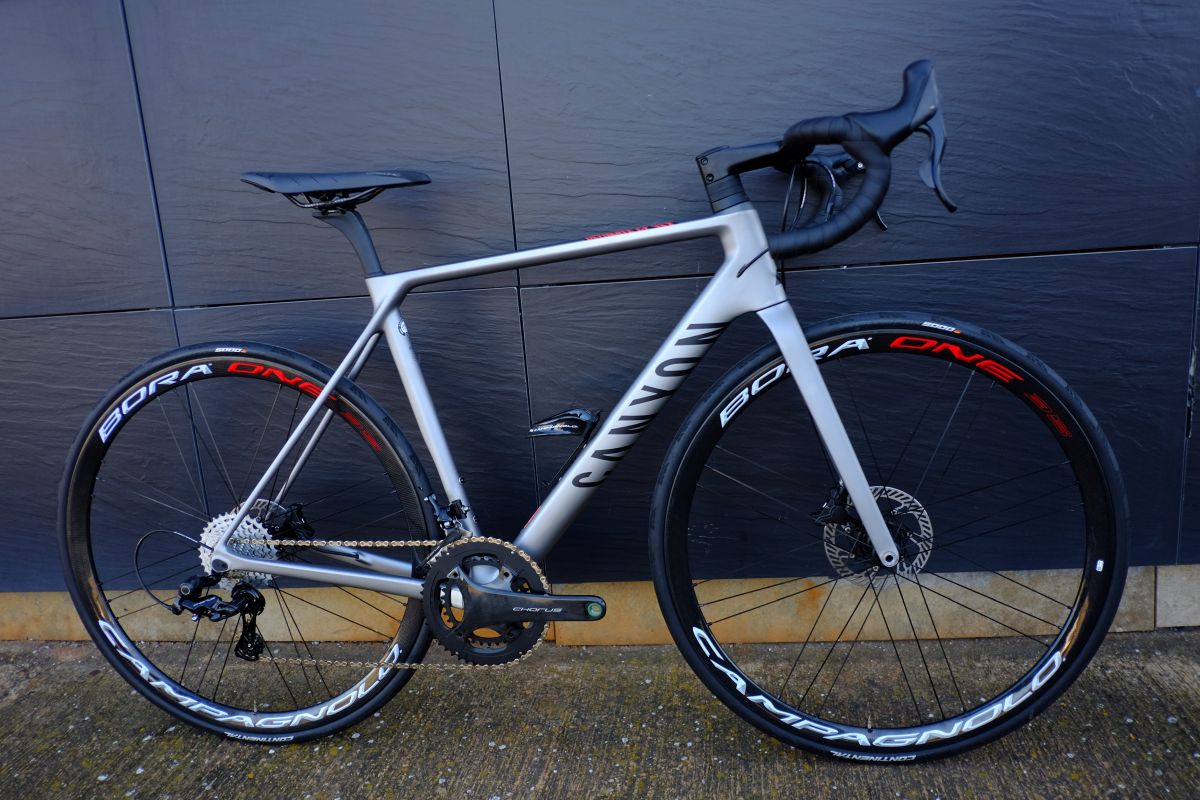 The new Chorus groupset uses less carbon and titanium in its construction thus carrying a more affordable price tag. In a sign of the times, the traditional Italian manufacturer will also be offering an ultra-wide 11-34 tooth cassette and ultra-compact 48/32 Chorus chainrings. Esthetically, the third-tier gruppo looks much like the mechanical 12-speed Record components above it but cyclists will have the option to ride it much differently.

There are three 12-cog Chorus cassettes, one more than is offered at the Super Record and Record level. Campagnolo will offer the already familiar 11-29 and 11-32 cassettes along with an all-new extra wide 11-34.

The 34 sprocket adds versatility never before offered by Campagnolo to riders who don’t feel the gear ratios offered by road groupsets are expansive enough. A 34-sprocket can make climbing the steepest of roads or venturing onto surfaces where speeds are lower and inclines often sharp and punchy much easier. This potentially expands the application of Campagnolo’s groupsets to adventure riding, cyclocross, bike touring or mixed-surface racing.

All of Campy’s 12-speed cassettes fit on a standard 11-speed freehub body, a smart move that means riders can use their existing wheels with the new gruppo. 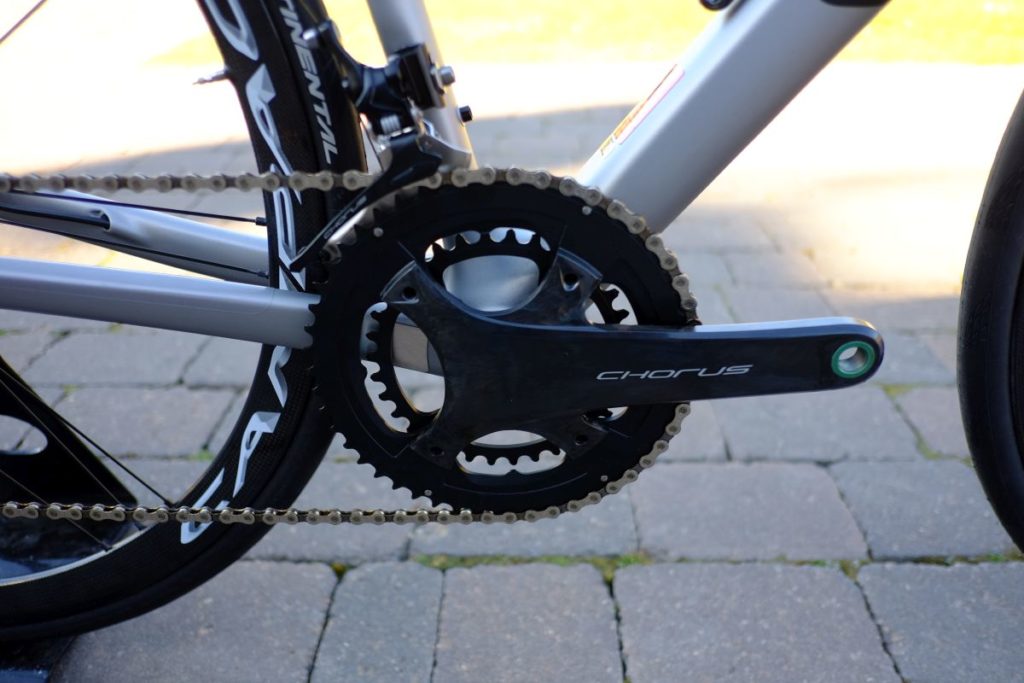 The Chorus crank has the same shape as the Record crank. 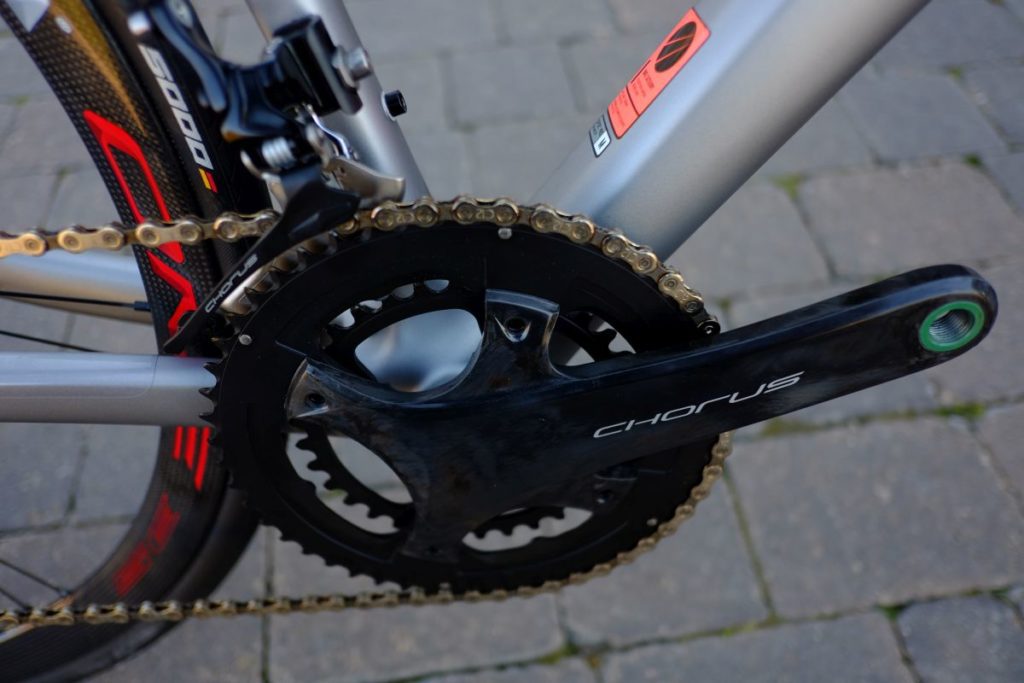 The four-arm spide can be equipped with the brand new 48/32 chainrings. 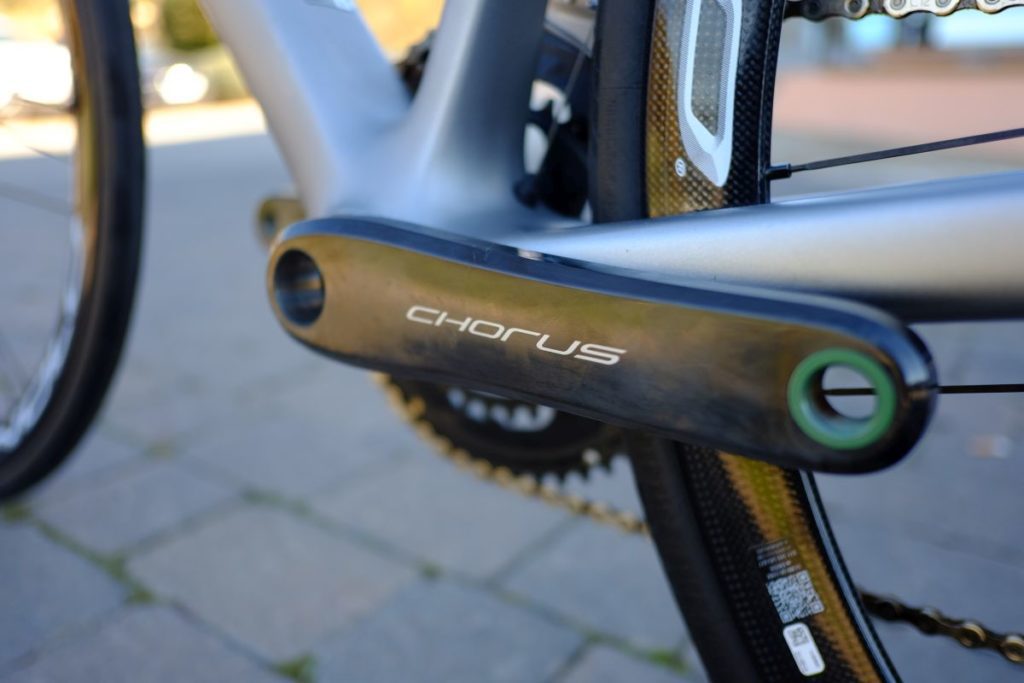 The shiny finish on the carbon blocks UV rays helping the components to last longer. 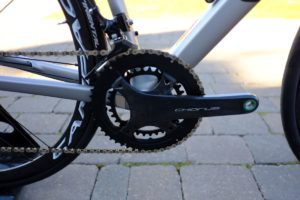 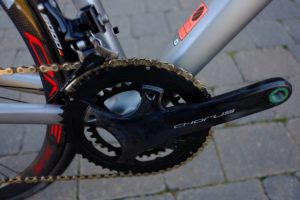 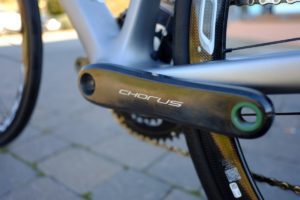 The Chorus crankset has the same shape as the Record crank launched last year and uses the same resin over the carbon that not only helps to reduce the weight of the component but acts as a UV blocking agent to increase its lifespan. The cranksets use a four-arm spider and eight bolts to affix the rings. The high-bolt count means the rings stay rigid to enhance shifting performance.

Arguably the most significant update is to the chainrings which come in the familiar road configurations of 52/36 and 50/34 but without the high-speed offering of 54/39 found with the Super Record and Record components. Surprisingly for a traditional Italian manufacturer, Campy will offer an ultra-compact 48/32-tooth Chorus chainring.

While Campanolo stayed tight-lipped on what the application of such ultra-compact chainrings could be, it provides gear ratios well suited for low-speed riding and with disc brakes would be right at home on gravel or adventure bikes. Could we start to seeing 650b wheels and Campagnolo groupsets built on the same frames? There’s no doubt the new gearing possibilities open the door to much different riding than Campagnolo has traditionally been associated with. 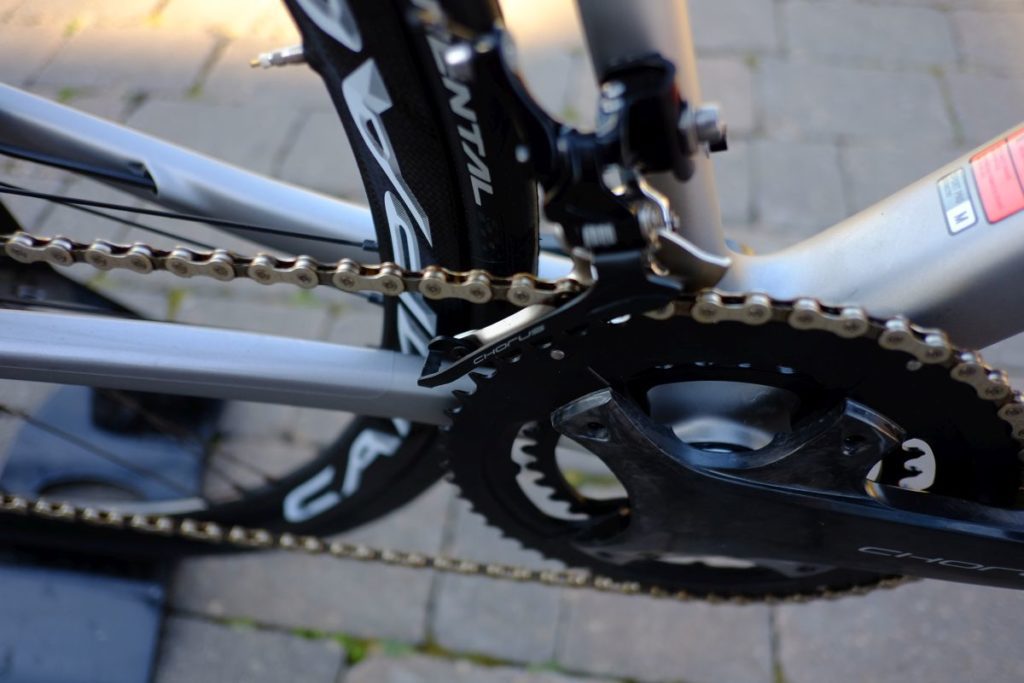 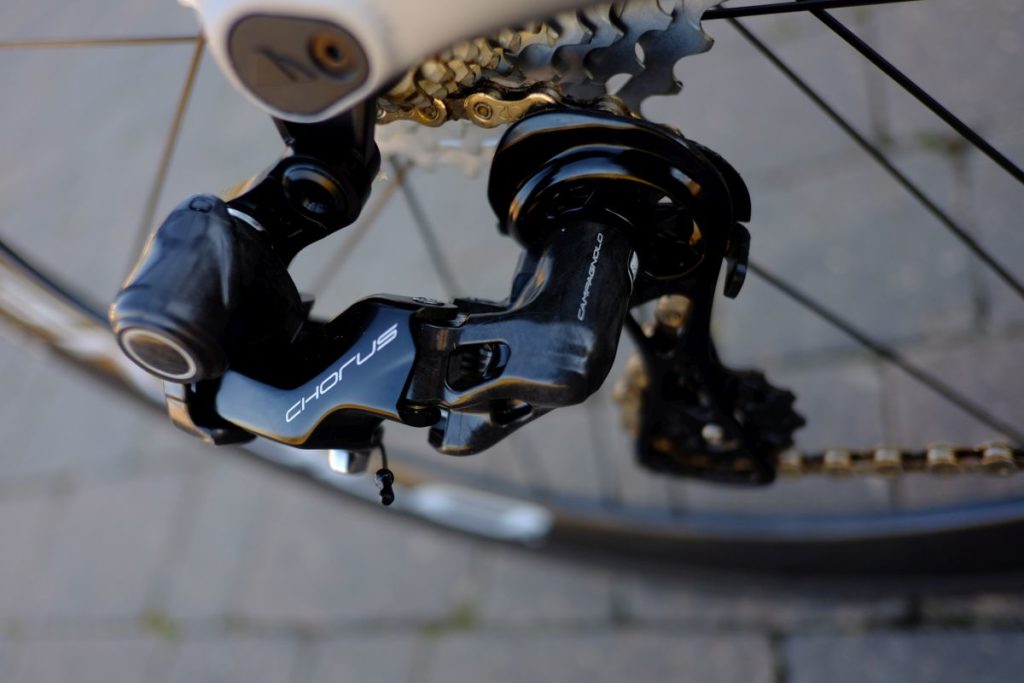 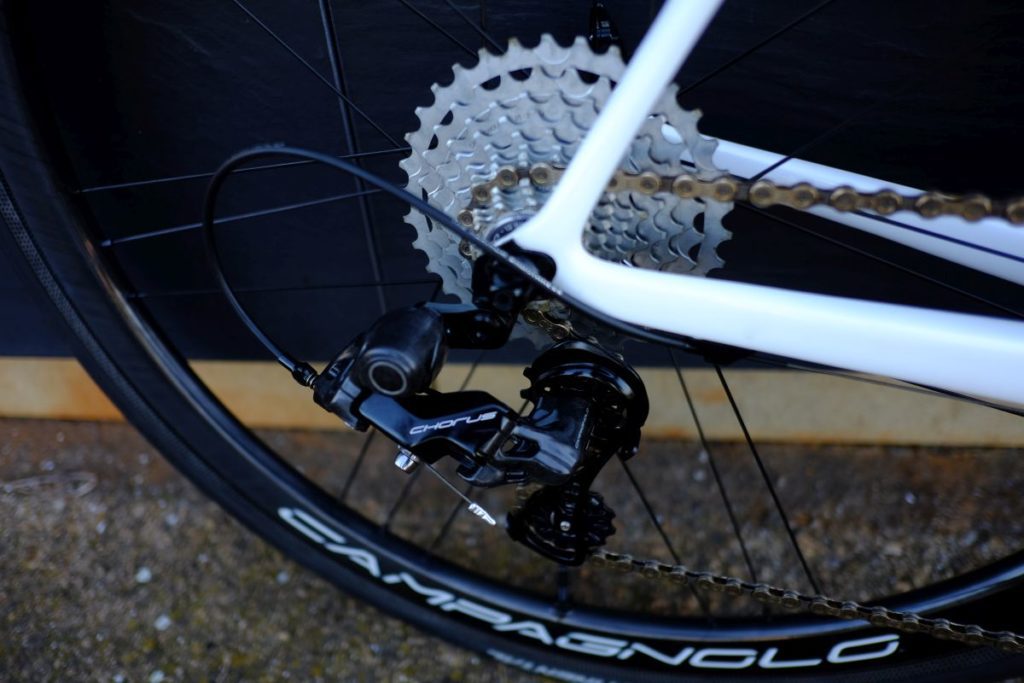 There's only one derailleur that works with all there Chorus cassettes. 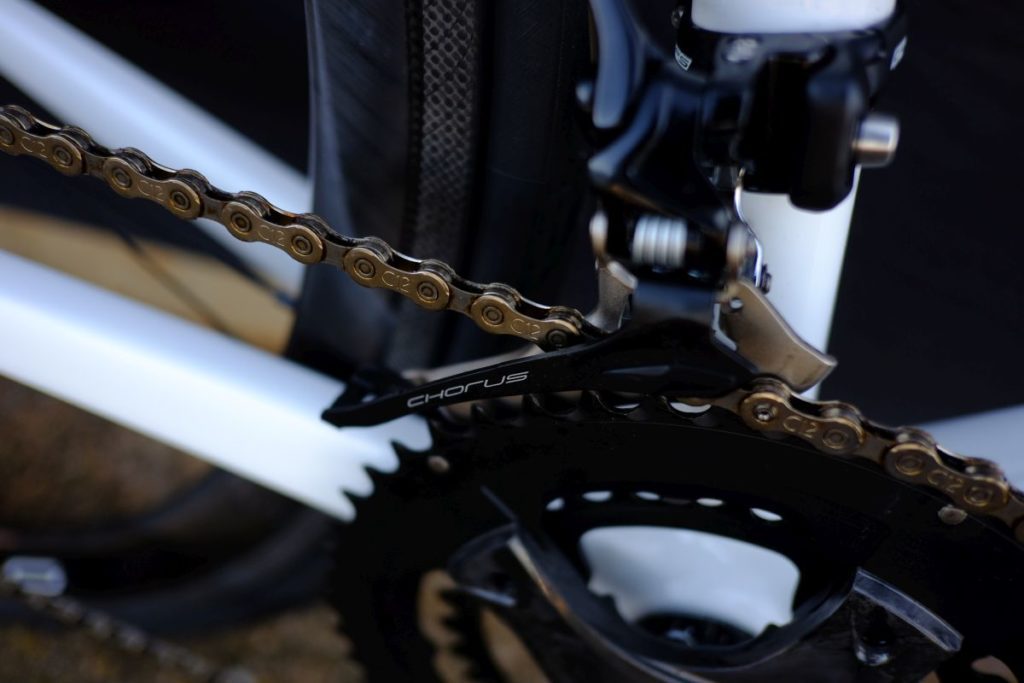 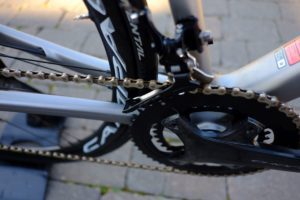 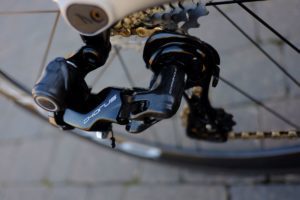 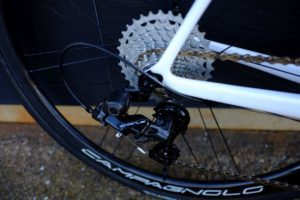 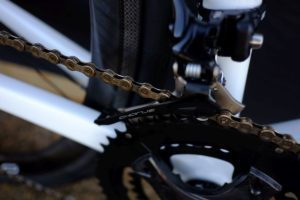 The front derailleur of the Chorus groupset looks and works like the 12-speed Super Record and Record mechanical components. It has a thin cage design that is completely metallic unlike the partially carbon component found in the higher-end gruppos. The derailleur’s cage doesn’t travel in a pendulum-like swing as it moves the chain from ring to ring. Instead, it follows a more linear trajectory eliminating any free stroke and improving the shifting speed. The front derailleur uses a top swing arm and the shift cable-grip bolt can be screwed in either from the front or the back of the arm, allowing you to find the best path for the cable which should also leave space for running wider tires.

The upper body of the rear derailleur is made from a technopolymer and reinforced with carbon. It uses 3D Embrace technology to grab more teeth across the cassette resulting in less wear on the drivetrain and more efficient power transfer. There’s only one Chorus rear derailleur so you can go from running an 11-29 to 11-34 cassette without changing out the component. The derailleur uses a bigger pulley wheel with 12-teeth for the chain slack necessary for a 34 rear sprocket. The upper body return spring is designed to maintain the integrity of your shifting riding on various surfaces so bumpy roads won’t compromise the performance of the groupset, an important consideration considering the potential implications of the more compact gear ratios possible with Chorus 12. 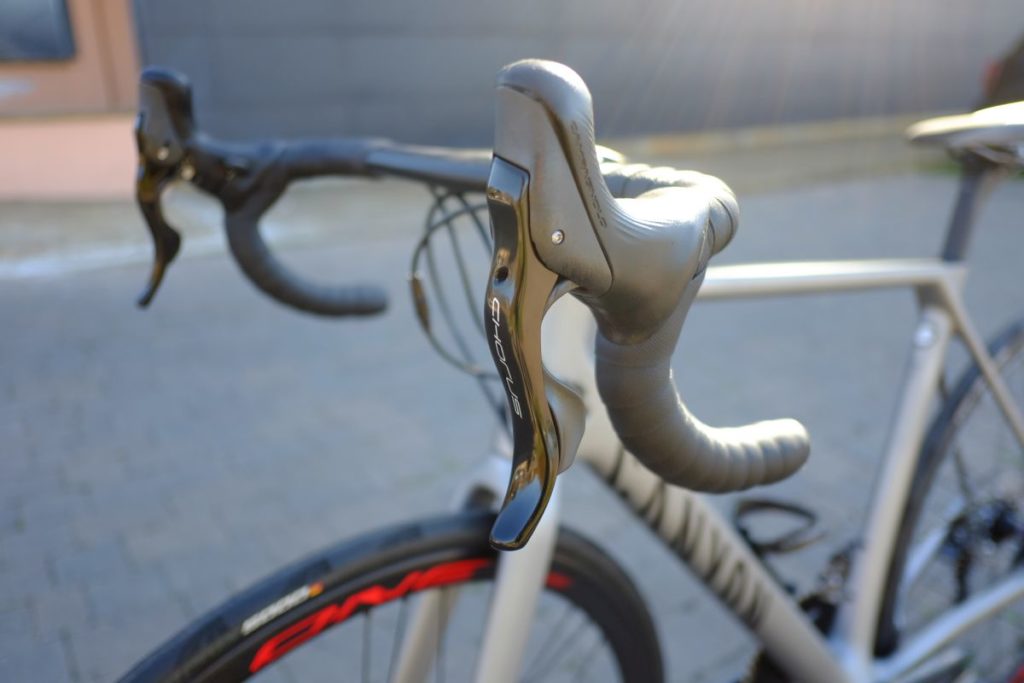 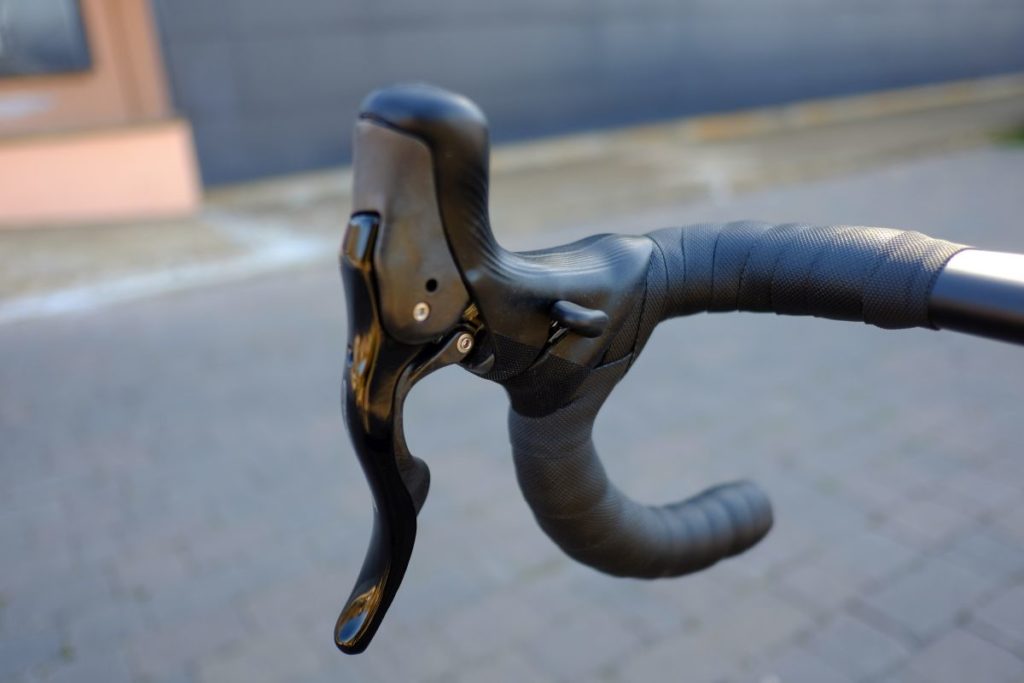 The thumb shifter can move five cogs down the cassette. 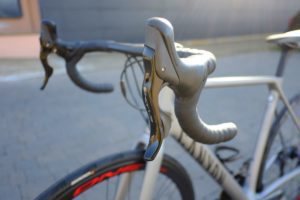 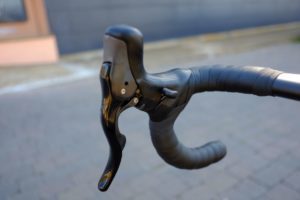 The Ergopower shifter design is nearly identical to the higher-end 12-speed components continuing to use the one-lever-one-action principle. The Vari-Cushion silicone material on the hoods has a slightly different texture. The levers have a double curve with a more pronounced lip at the bottom so manipulating them is easier. The upshift lever, incorporated behind the brake lever, has a larger surface area as does the thumb lever which is bigger and angled to it’s easier to reach when in the drops.

As with the highest-end Ergopower controls, you can move as many as five cogs down into harder gears with one long press of the thumb shifter and move three gears up the cassette using the lever. The disc brake model of the levers has the same master cylinder as all of Campagnolo’s other hydraulic components adding 8 mm of height to the levers compared to the rim brake model. The levers have adjustable reach to change the position of the brake levers for users with different sized hands. 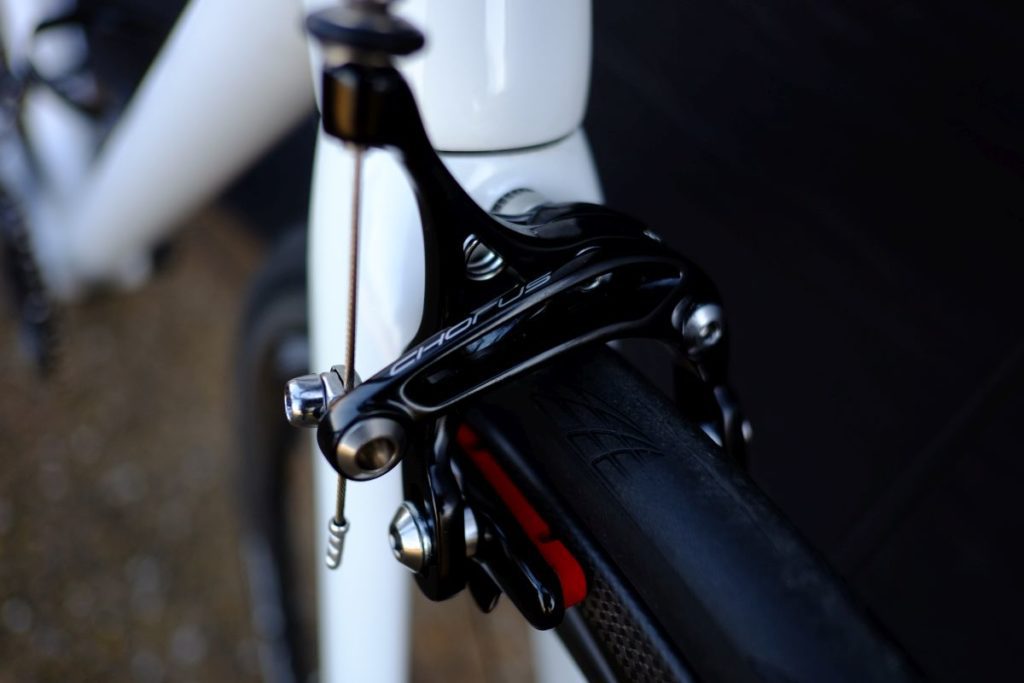 The Chorus rim brakes have a 'skeletal' design. 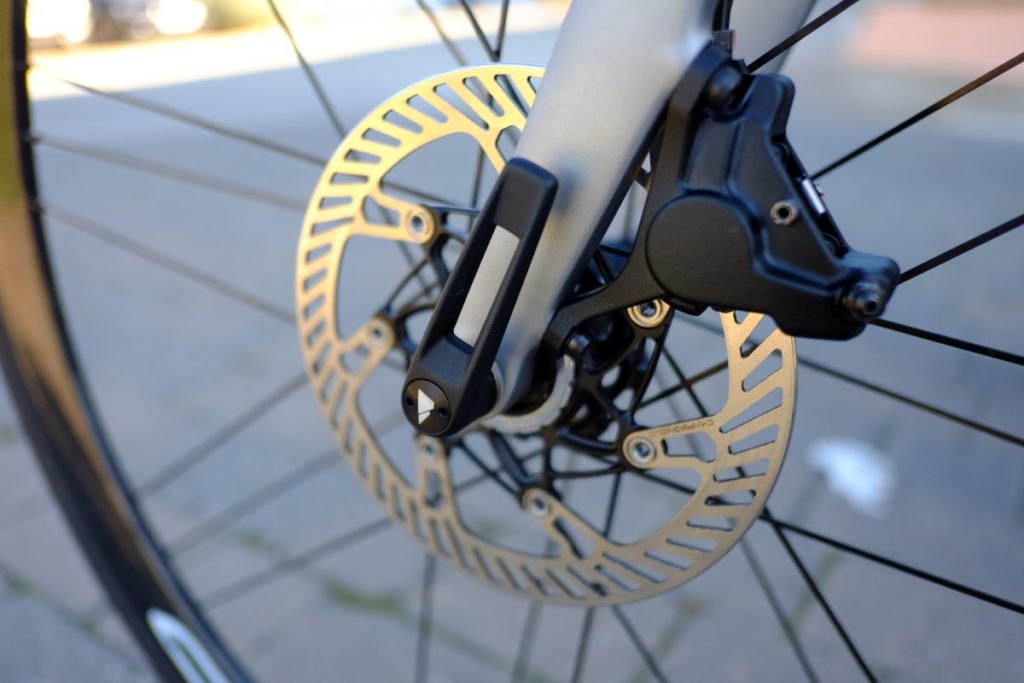 The hydraulic disc brakes are the same across Campagnolo's components. 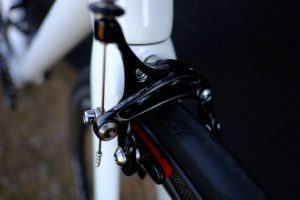 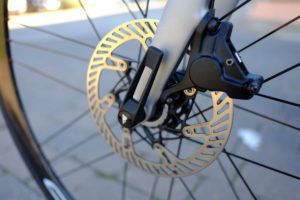 The Chorus rim brakes have a more ‘skeletal’ design than the new Record and Super Record components and move on a bushing instead of a bearing. There is also a direct mount version which uses a brace so braking forces are not directed into the frame. The Chorus brakes are meant to work with tires as wide as 28-mm. To run wider rubber or enjoy the increased braking power of disc brakes, Campagnolo’s hydraulic disc brake components are the same as found on the higher-end groupsets. That’s because Campagnolo doesn’t think it’s worth compromising on something as important as your braking.

Other minor updates including having the choice to run of either 160-mm or 140-mm diameter rotors front and rear now. The brake pads have also received a minor update with a new organic resin that is just as sharp and responsive as the previous version but should last longer. The magnetic springs are now aided by mechanical ones for quicker pad return. 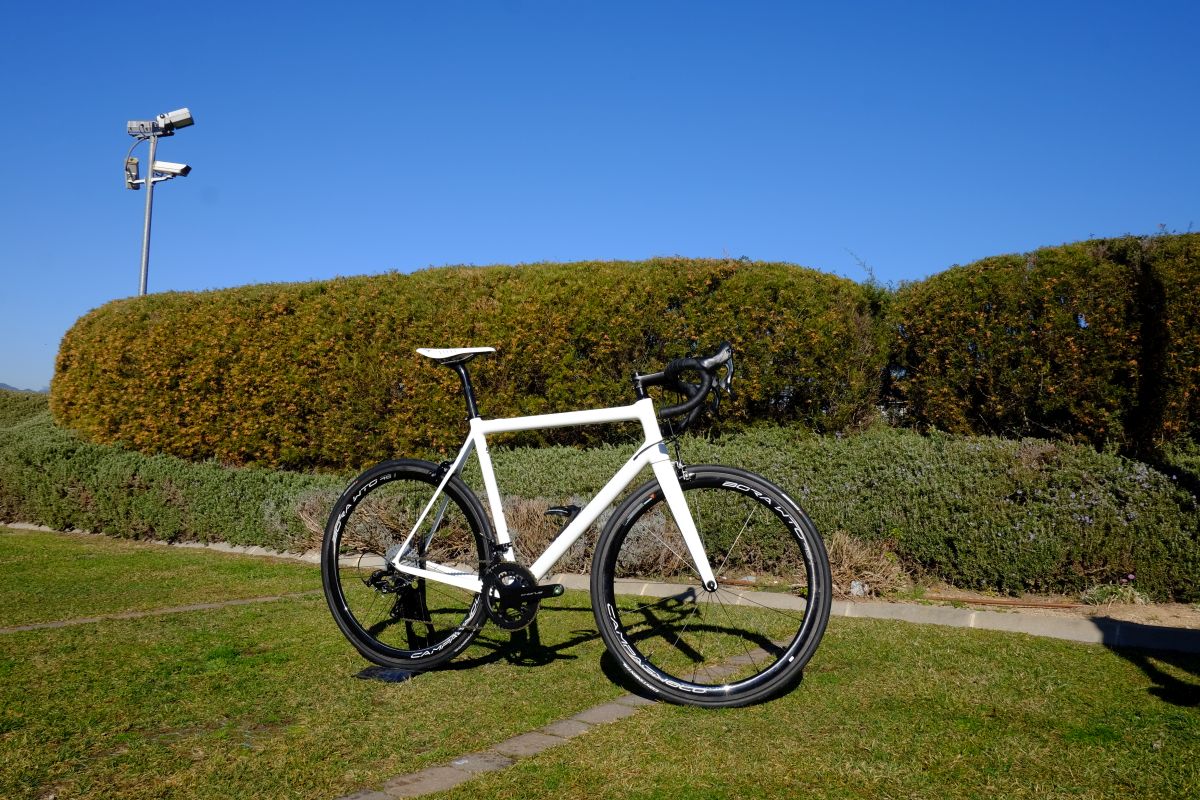 There were no test Chorus groupsets at the Campagnolo launch in Girona so riding the new components will have to wait until later in the summer when the groupset is ready to ship. The timeline for release was pegged to during the Tour de France. Having ridden Campagnolo’s disc brakes extensively over the past year, it’s the new gear ratios that will be most exciting to try.

Campagnolo stayed cagey as to who and what type of bikes the new Chorus groupset will appeal to. But combined with Campagnolo’s disc brakes, these appear to be very enticing options for anyone building a gravel or adventure bike. Riders looking forward to having the increased gear options a 12-speed cassette affords will also be excited to see it expanding throughout the line-up.