How much can the simple bike light be improved? Just how high-tech can a headlight get? Exposure, a U.K. firm specializing in bicycle lights, thinks there is room to grow. The lights they’ve already created contain an innovative array of unexpected features that range from better night riding on mountain bikes to making urban and road riding safer and a rear light that actually works for riding in groups. 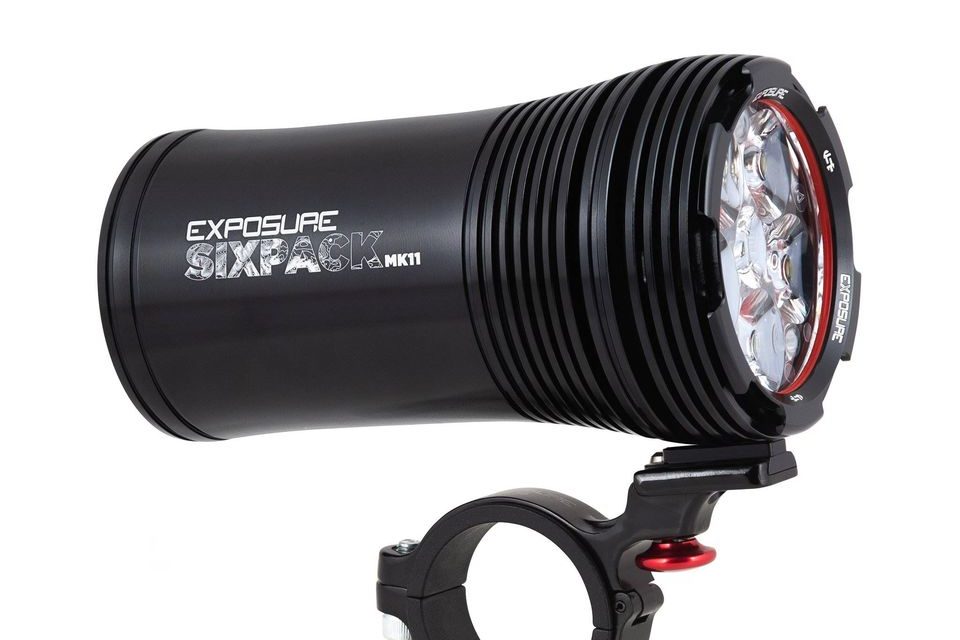 From “cable-free” to intelligent lights that learn

If you remember the days of water-bottle sized battery packs and tangles of endless cables, you’ll know today’s self-contained lights have already come a long way. Exposure pioneered cable-free lights systems over a decade ago but, from talking to Mark Swift, Exposure’s brand manager, they’re not resting on their laurels. Getting rid of excess wires was just the start.

Today, Exposure’s lights automatically adapt to a car or another rider approaching from behind, learn how fast you ride and adjust their lumen output to match, and have integrated sensors to keep the lights from overheating and damaging the LED’s. Exposure’s lights can give you exact remaining runtime, the only brand to offer this feature, or connect to run off your e-bike battery. 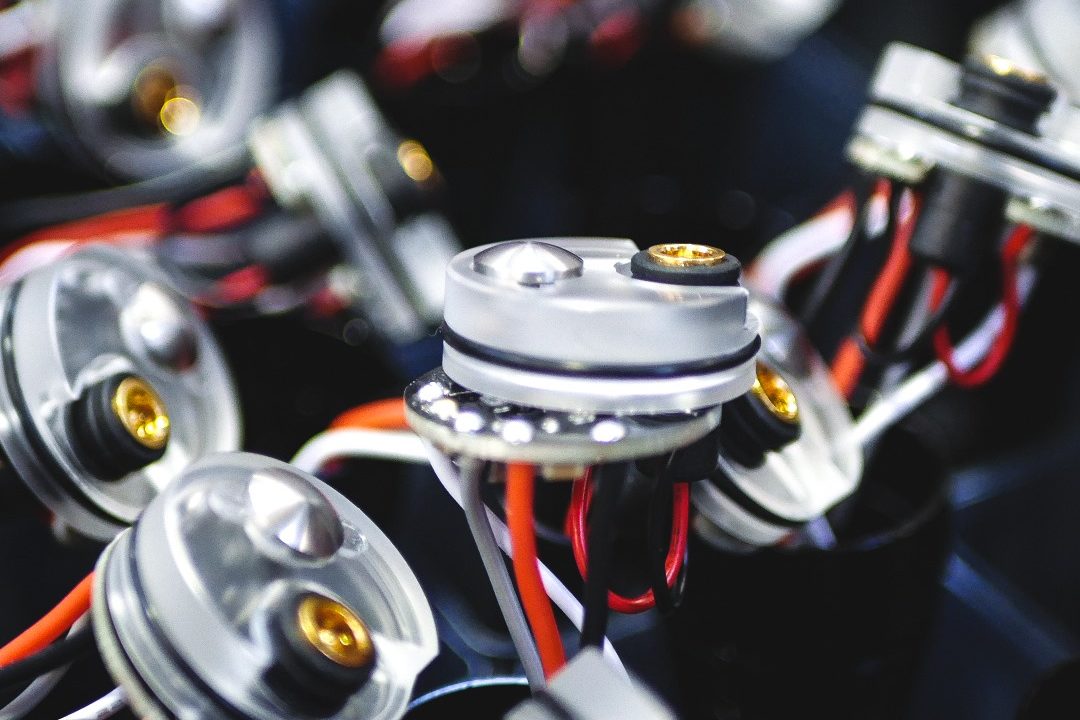 Exposure’s drive to continue innovating new bike light technology comes from two fronts. First, the staff are riders. Second, all the lights are developed and manufactured in house. This means any light has been thoroughly real-world tested before it is produced, and improvements come based on feedback from what changes they would want as riders.

Since Exposure manufactures their lights in-house, new ideas can be tweaked and tested faster than their competitors. New updates are included in the existing models every year. The current top mountain bike lights, the Six Pack and MaXx D are on version 11 and 13, respectively.

“Every single year we’re looking at moving things forward. Reflex technology continues to get better and better. We’re also looking at the latest batteries and LED’s.” For Swift, though, their edge lies in constant incremental improvements, which accumulate over years. “A massive thing for us is the latest programs and parts that go in PCP’s to make sure things are more efficient. This lets us get more lumens out. Reflex Technology gets better every year.”

Manufacturing its own lights also gives Exposure the ability to service lights.

“We say lights for life. If you buy our light, it’ll be looked after for a long time,” says Swift. And by a long time, Swift means decades. “We’re servicing lights up to 17 years old now. We can swap batteries out, or whatever is needed.” 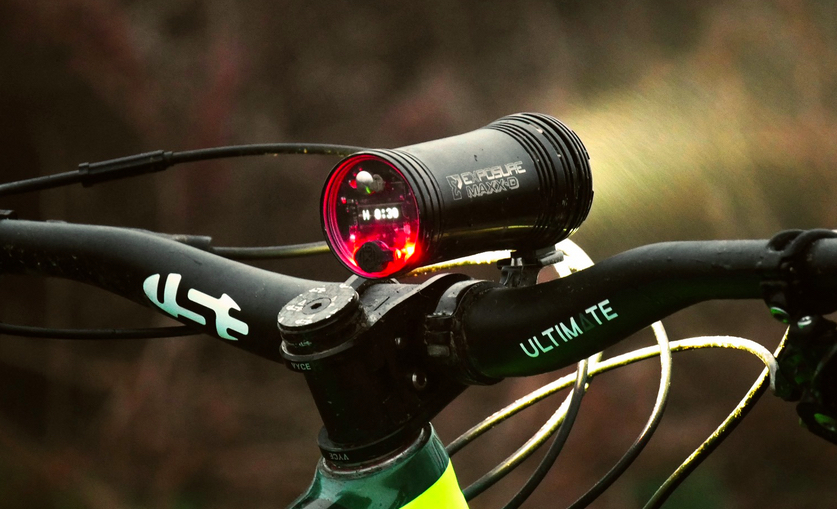 Complex light that are really simple to use

There’s enough engineering contained in Exposure lights to make the biggest gear nerd giddy with excitement. But what is really impressive is that the lights are designed to be extremely easy to use. They are grab-and-go friendly, without giving up the ability to dive as deep as you’d like into the details to tweak performance for your specific needs. The top-end Six Pack mountain bike light is an excellent example.

“Sometimes I call the Six Pack the lazy man’s light,” says Swift. “I hardly ever change the program on my light. It’s just in Program 1 and off I go.”

This works because of intelligent programs like React+ and automatic dimming, and Exposures ability to get a long battery life out of a small light. React+ adjusts to the speed of the rider, giving more lumens when you ride faster or conserving battery by dimming when stopped or on slow speed climbs. For Swift, it means a three-hour ride is as simple as turning the light on at the start of a ride and letting it do its work.

“I know I can get on my bike, put it into Program 1 and I don’t even need to touch it. From there, I can ride for three hours and it will be as bright or low as it needs to be and that’s it. I don’t need to touch a single other button.”

Saying the light is easy to use is not the same as saying the light is basic. The Six Pack is charge-and-go for a three hour night ride, but you can also switch programs and do 14-hour endurance ride knowing you’re going to get that 14 hours of light when you need it.

“It is very technical,” says Swift, “but it is also very versatile.”

From endurance racing to every-day performance

It helps that Exposure has its roots in endurance racing, where competitors are putting their equipment through extreme situations but are often so tired they need it to be very simple to use. These twin demands, high function for a long time and simple use, make Exposure’s lights fantastic to use for those of us who aren’t pushing ourselves to extremes.

Six Pack mountain bike and Strada road bar-mount lights have an LED dislay showing remaining runtime that’s accurate to the minute. The Six Pack’s Reflex+ technology uses two accelerometers and a thermistor that adjust the light’s output to your riding speed, giving you more light as you go faster instead of having to change modes. Reflex even learns, calibrating to each rider so that someone who rides slow trails will get the same bright light when they need it as someone who rides faster trails – or just rides faster will. Helmet lights can be put in “Tap” mode. Instead of gloved fingers hunting for a button on a helmet-mounted light, you can literally just tap the light to get more, or less light. 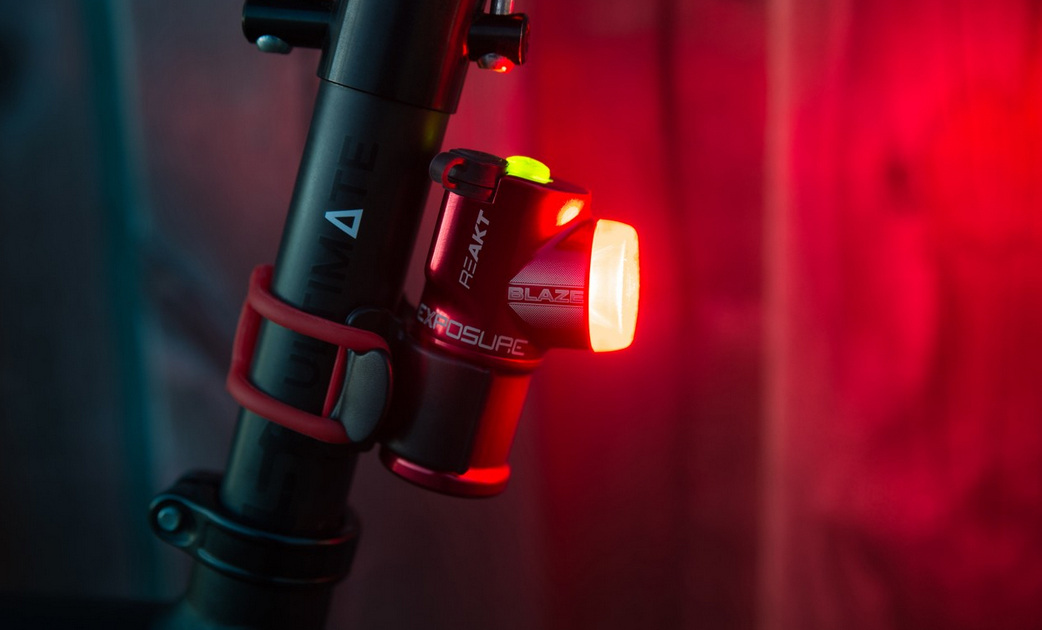 On the road, the ease of use translates directly to everyday safety. The Strada light has two beams, one long range and one local light, so that you can spot potholes or obstacles in the distance and track them all the way to your tire to avoid them. A bar mounted remote lets you dim the long beam so you can still see where you are going without dazzling oncoming traffic.

The Blaze MK3 rear light is just as well thought out. It’s ReAKT and Peloton mode work to make a rear light that actually keeps you safe from traffic but still works for group riding. The Blaze can sense when another light is directly behind it. It stays bright long enough that any car will see you, automatically dims when the approaching light is within meters so you don’t blind the person riding behind you in a group. The ReAKT function senses ambient light, and matches its lumen output to maintain consistent contrast. This makes the Blaze work as a daytime light for safety in traffic without being blindingly bright at night. It also senses when you’re braking, and brightens to warn cars or riders behind you.

With how much effort Exposure’s put into designing programs and features, the brand wants your lights to last. This starts with durable 6063 Aluminum construction, with carefully engineered finning that keeps the lights from overheating. The fins keep the delicate LEDs a safe temperature, dissipating heat as you ride.

“If the LEDs are kept cool they work better. If they do overheat, which you’ll see with loads of lights,” Swift says, “they end up having a more yellow colour than you start with.”

Finning helps regulate heat, but the lights have a major boost from sensors within the light that monitor the LED temperature directly. If the LEDs get too hot, when sitting or not moving, the lights will automatically decrease the lumen output to prevent damage. Start moving again, and the light will immediately brighten to full power.

Three decades of experience and refinement

The longer I talk to Swift, the more impressed I am with the level of consideration that has gone into every one of these features. I’ve done countless hours of night riding over the years, and lights are always a compromise at best, frustration at their worst. But for every problem I have, Exposure seems to have an elegantly simple solution.

None of this is a surprise to Canadian Cycling Magazine’s Lorena Jones. She’s sworn by Exposure lights for a decade of endurance and 24-hour races and attributes credit to the brand for a peppering of podium spots along the way. “Strada’s twin beam and high lumens add confidence on long stretches of dark, unmaintained roads. Their cooling capabilities are essential to running lights for long overnight rides and the digital readout that makes it clear exactly how much time you have left.”

In a more casual setting, weekend group rides and such, Jones’ only concern was that the brightness of the rear light could be somewhat blinding for those cycling behind her. Demonstrating that Exposure listens to the feedback their riders offer, the Blaze MK3’s ReAKT and Peloton mode have since been designed to address exactly this problem.

Canadian summers are short and, even when there’s no snow on the ground, the days are often shorter. Starting or ending rides in the dark is a routine part of many Canadians cycling experience, whether that’s early morning training rides or commuting at dusk. Exposure’s road and commuting specific lines are designed to make nighttime riding safer, for you and for those around you.