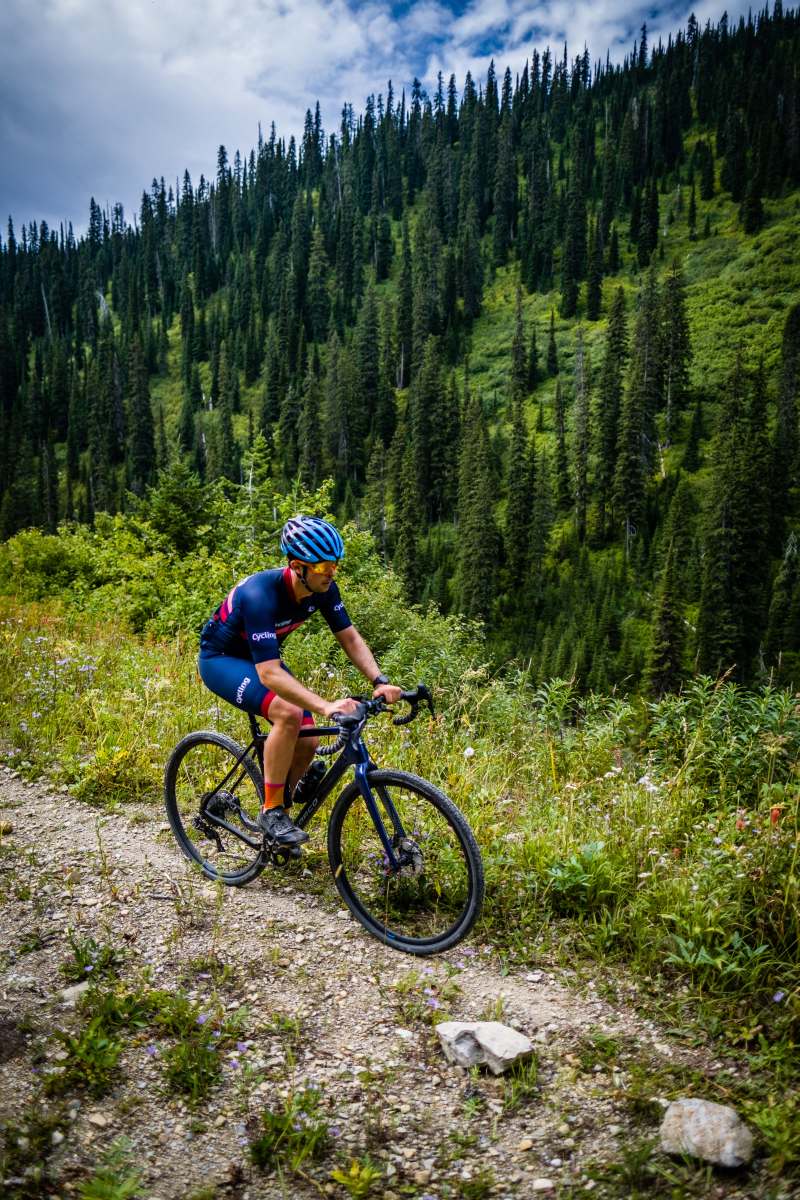 “We have three people with bear spray on this ride. Make sure you stay in sight of one of them,” warned Shimano road brand manager Nick Legan during our preride briefing. During the ride, I found myself cruising down the backside of Montana’s Whitefish Mountain with no one around. My thoughts switched between, “Wow, this is a really great place to ride,” and “Wow, this would be a great place for a bear to jump out.” In a way, those ideas speak to what gravel riding is all about: you push your comfort levels with the more technical nature of the riding and often with remoteness of the locations. You come across both those features when you leave the asphalt.

Tapping into this spirit of adventure was one of Shimano’s goals when the company released the GRX gravel groupset in May. Gravel is not one type of riding; it’s specific to the local geography. So, one rider’s GRX setup could be very different from yours. If you want the widest range of gearing possible, the groupset can accommodate with a 2-by chainring setup and a 11-34 tooth cassette. If you’re more of a 1-by person, Shimano now has an official configuration for that, using its wide 11-40 or 11-42 tooth cassettes. I went with a single 40-tooth ring with a 11-40 tooth cassette. But what did my colleagues at the media camp choose for their bikes? 2-by? 1-by? There was almost an equal split between riders with a front derailleur and those who chose to forgo a front mech. 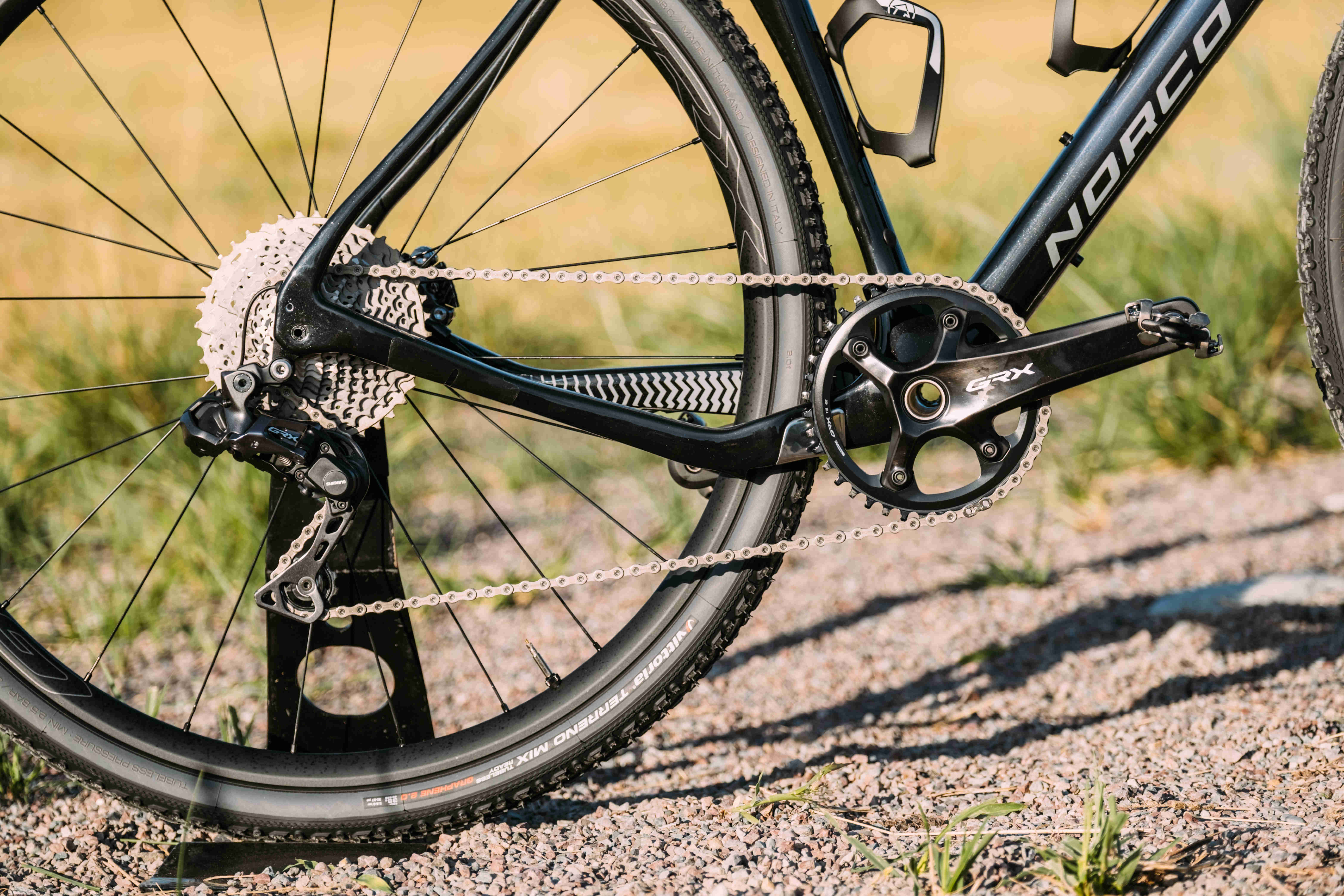 On Day 1 of gravel camp, the crew from Shimano took us on a multi-surface ride, a 50/50 mix of rough asphalt, forestry-access roads and singletrack. It was an excellent route for testing the gravel-specific hood and shifter shapes of the groupset. If we had ridden the trails on mountain bikes, we would have found them relatively mild. On gravel bikes, the rocky and sandy trails provided a nice challenge. The curved top of the hoods helped to keep your hands from slipping as you went through small sections of rocks or when you slammed into an unexpected root. The pivot position of the GRX brake lever was raised by 18 mm compared with the company’s Dura-Ace and Ultegra hydraulic levers. At first, I thought this change would be relatively inconsequential, but in practice, it made a huge difference. Paired with the new hood shape, one- or two-finger braking was no problem. My hands were noticeably less fatigued than they normally would be after similar trail sections.

Day 2 was more of a classic gravel ride with a big 25-km climb up to almost 2,000 m of elevation kicking off the day. With the climb peaking at an incline of 14 per cent, I definitely appreciated the wide gear range of the GRX setup. The gravel road we were riding could probably be more accurately described as a goat track. My bike had sub-brake levers, or interrupter brakes, on the tops of my bars. They were paired with auxiliary Di2 shifters just underneath, allowing me to change gears with my thumbs as my hands rested on the bar tops. With this extra, fully operational position on the bars, I could vary how I’d absorb the bumps and roots of the trail that we rode up. After climbing for more than 90 minutes, we were rewarded with stunning views of Montana’s tree-lined mountain passes. It was only on the descent that I missed some of the top-end gearing that a double chainring setup would have provided me. But if I’m being honest, I probably wasn’t all that comfortable going any faster. 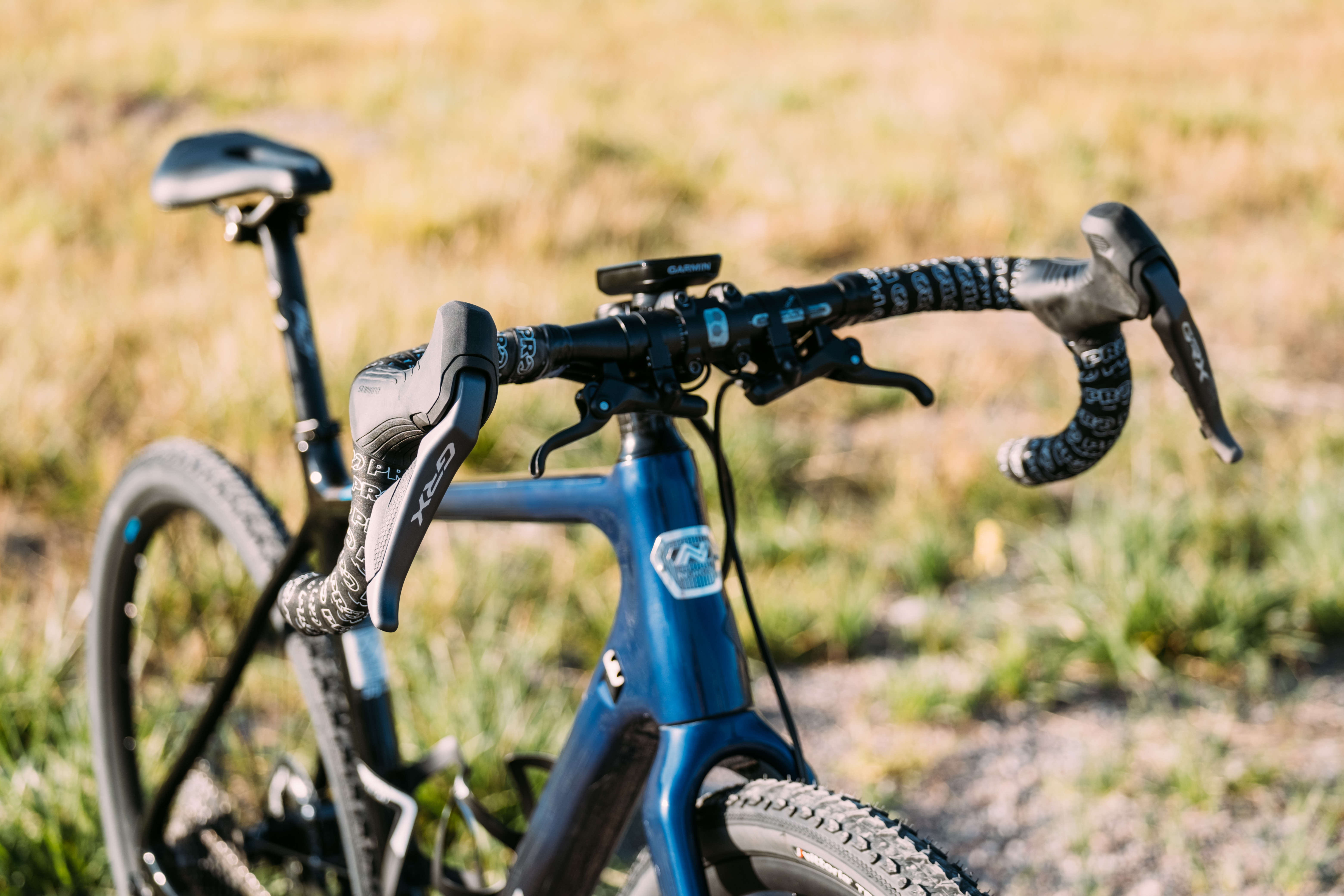 After two days on the unbeaten paths of Montana, my biggest takeaway about GRX was its versatility. I was impressed by how it adapted to the different riding styles of my companions and how each rider’s approach to building up the groupset was different. Yet whatever the rider’s preference, it could be managed by GRX. That adaptability and the groupset’s ergonomics that work so well on rough surfaces mean you’ll be seeing a lot of bikes with GRX in the future.