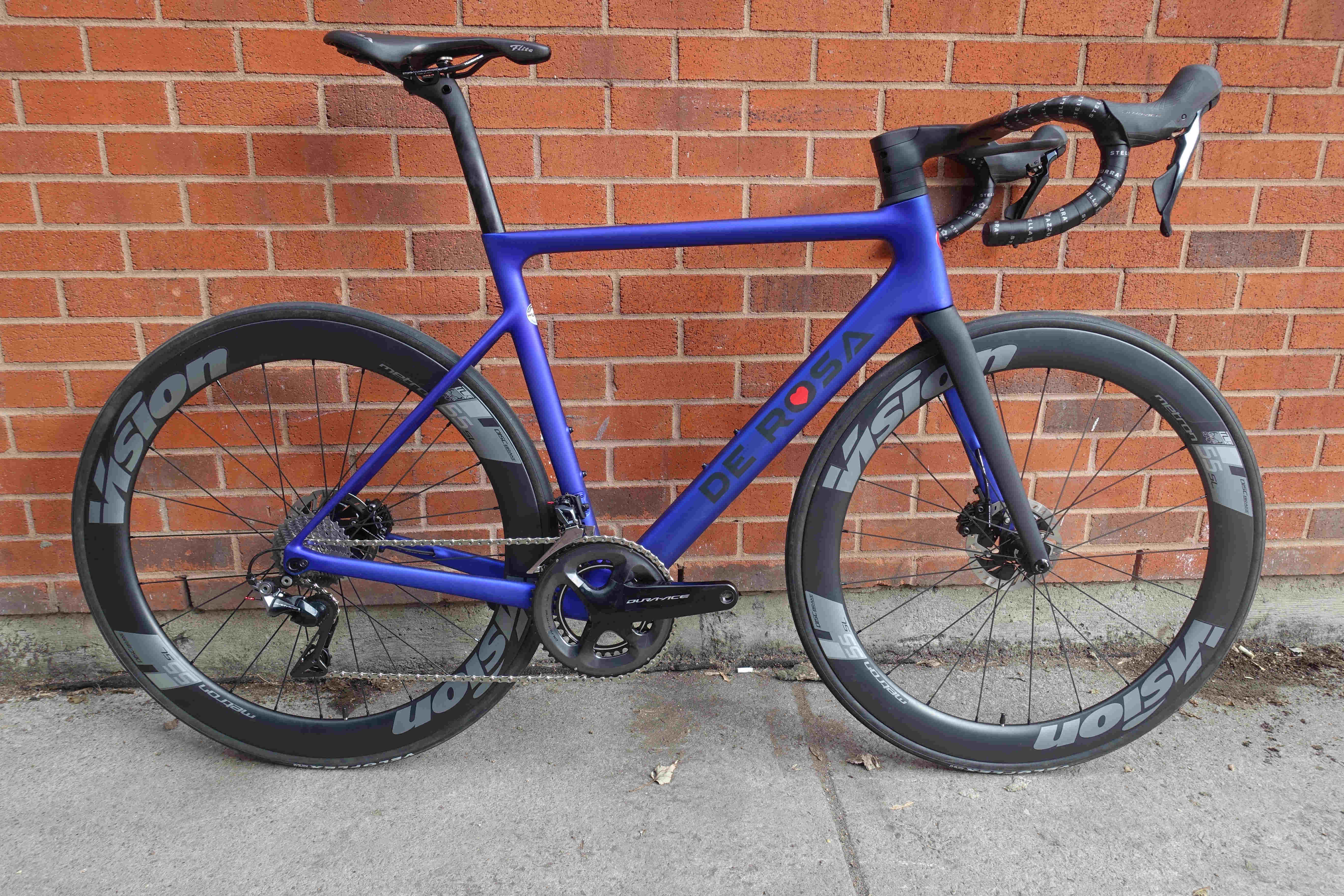 In 2000, Latvian Romāns Vainšteins rode his De Rosa Merak into first place at the UCI road world championships. Twenty years later De Rosa has revived the bike with it’s all-new Merak, a road bike built for anything from quick technical crits to gran fondos requiring long hours in the saddle. 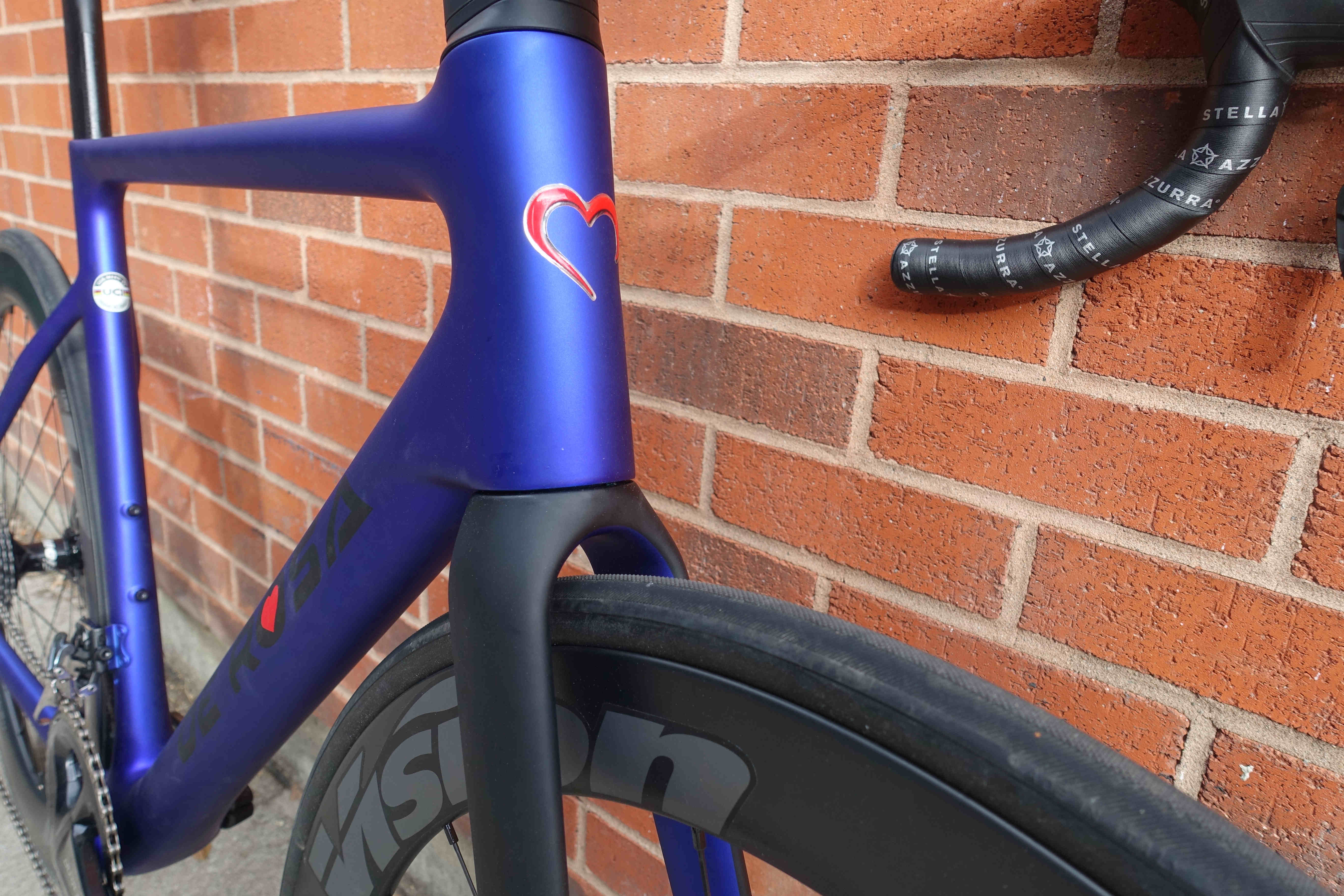 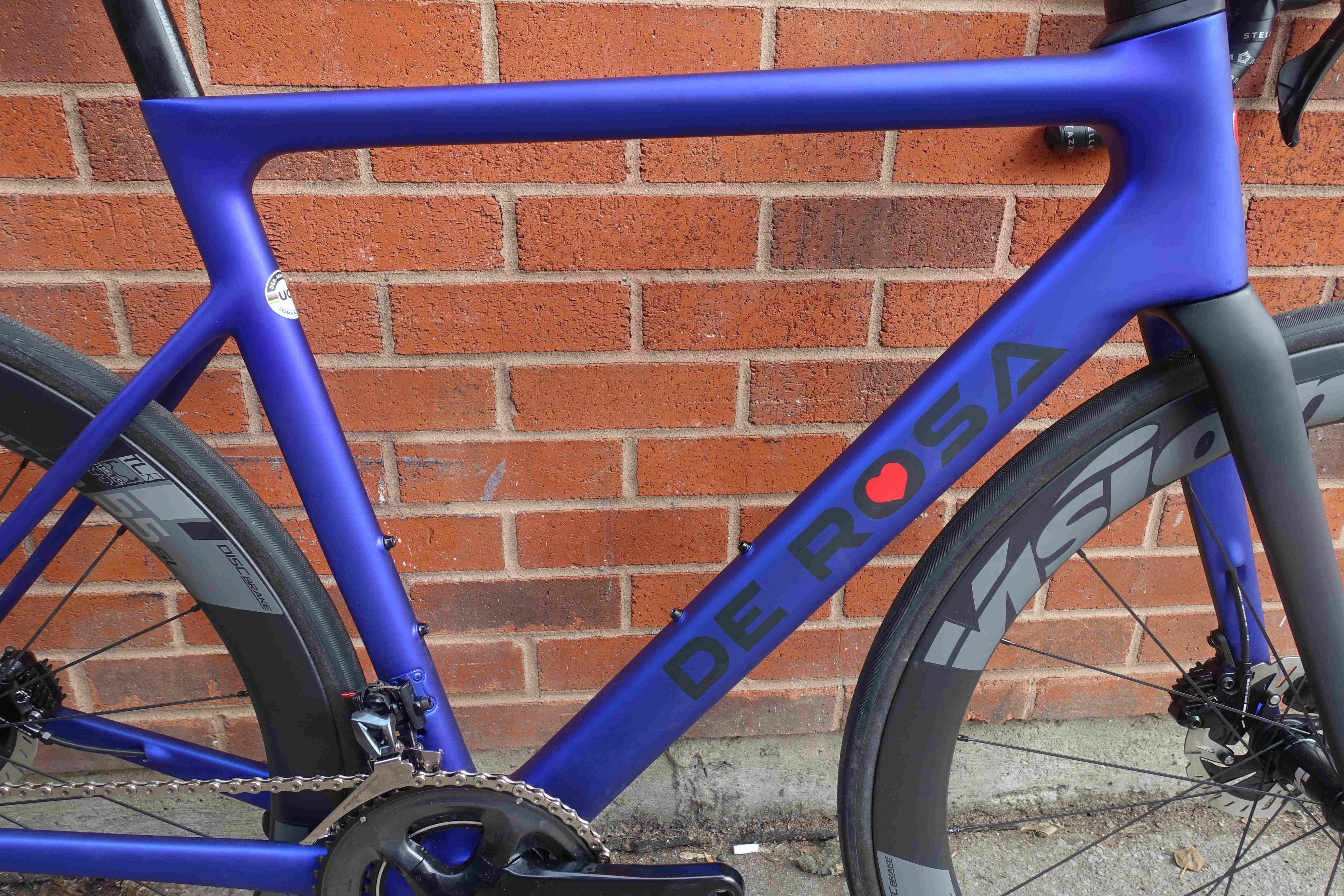 Compared with other De Rosa bikes, such as the SK Pininfarina, the Merak’s frame shape is somewhat conventional. Though De Rosa is playing it safe, the orthodox aero design results in a lightweight and rigid frameset. The all-in-one race machine boasts compact geometry and the company claims that the Merak is it’s lightest carbon frame in production. The bike borrows elements from the De Rosa King and Protos, with a cockpit similar to the Protos and a sloped top tube echoing the King. An unpainted size 54 Merak is only 800 g. 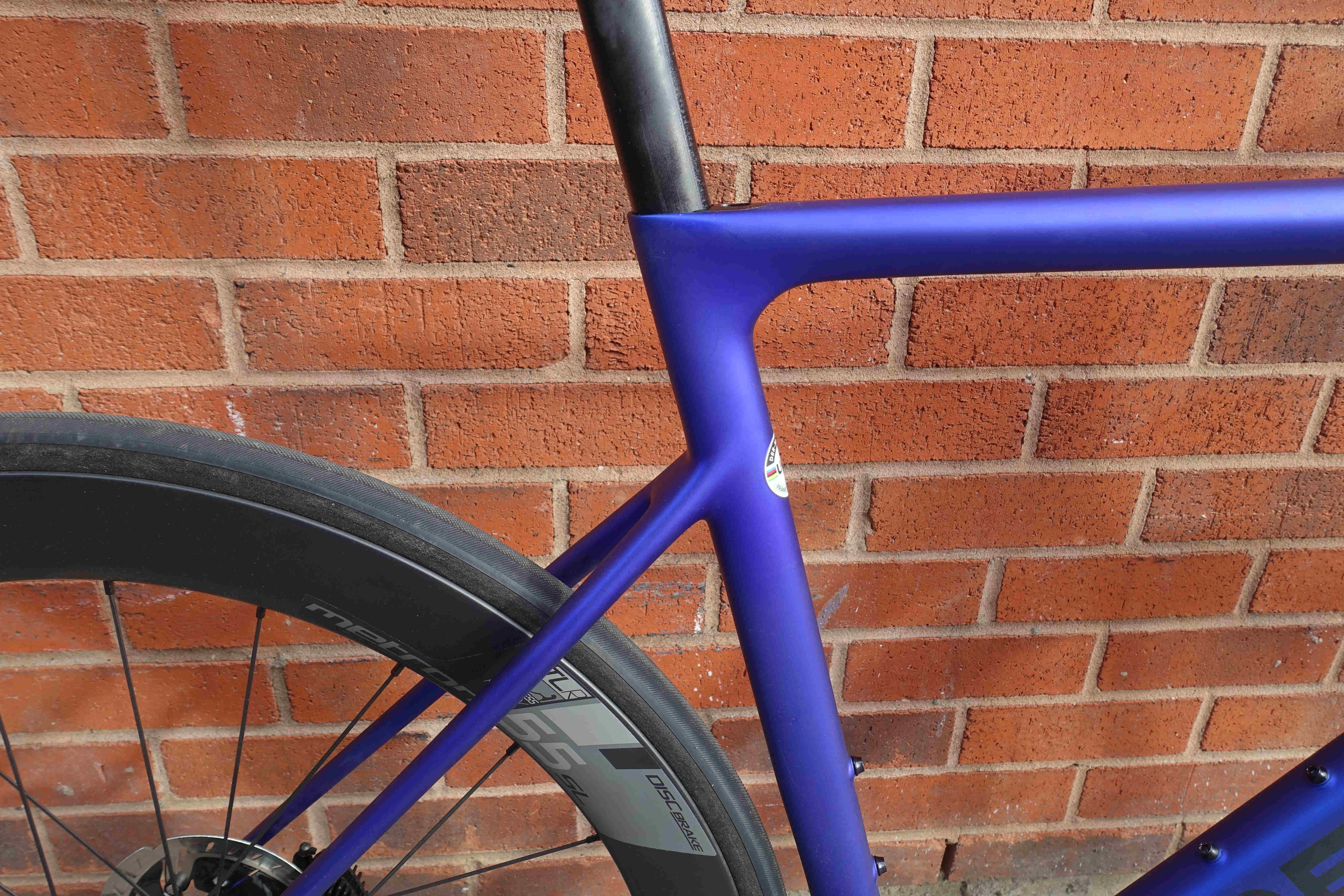 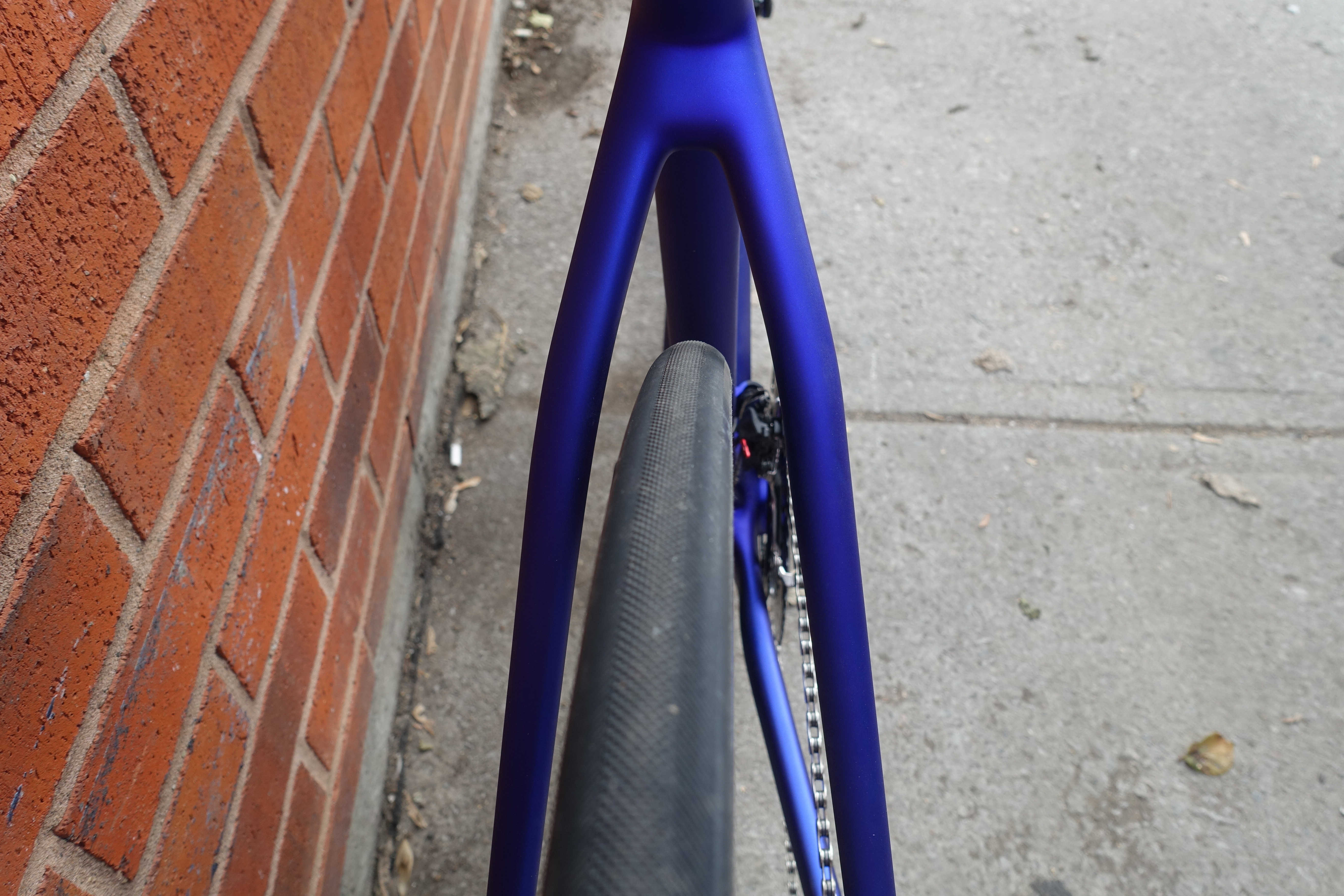 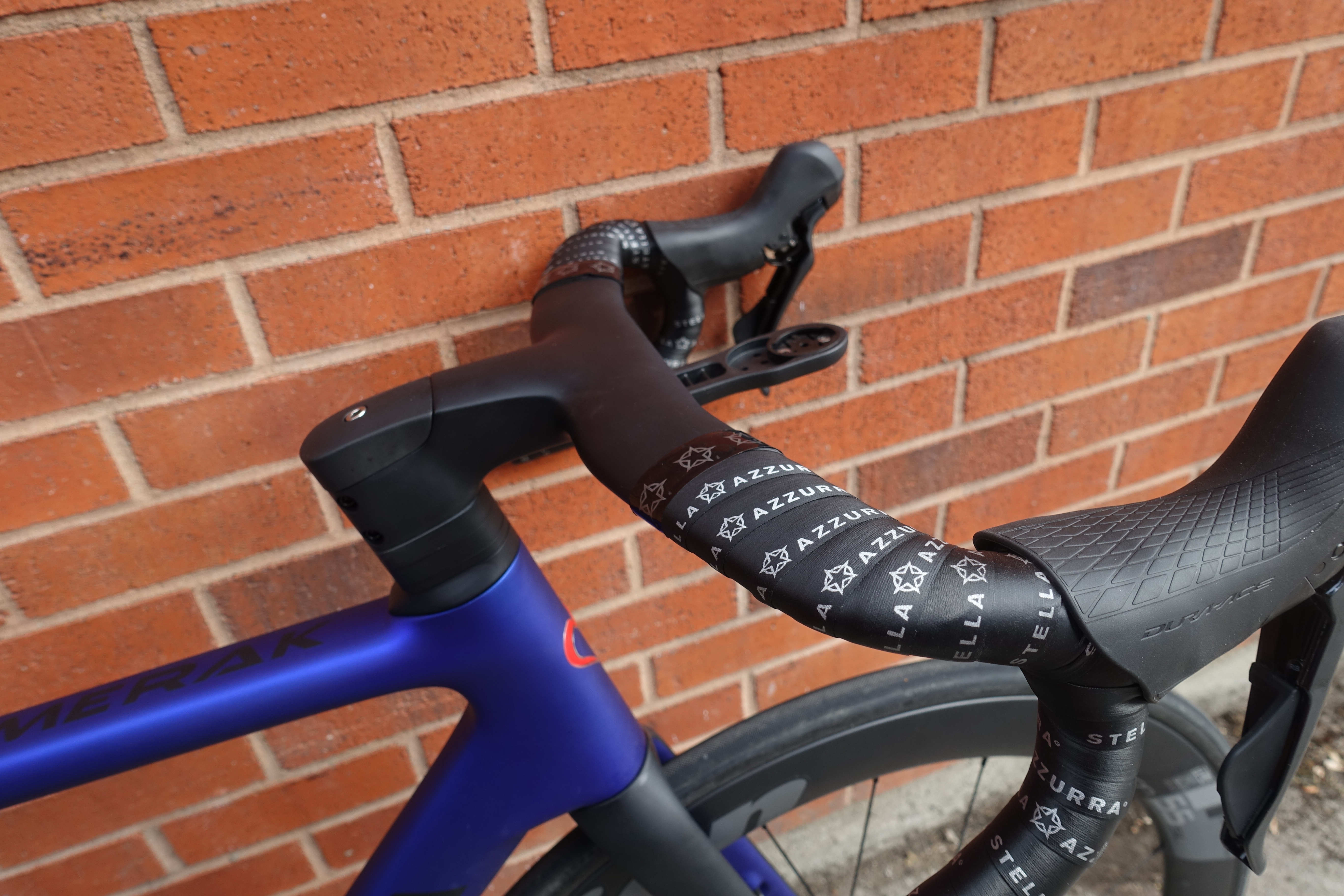 The 2020 Merak features a Vision ACR integrated cabled headset. The sleek headset is clean and smooth, an esthetic that continues throughout the bike, as the cable routing is completely internal. This De Rosa model follows current design conventions with its sloped top tube and dropped seatstays. Unlike the De Rosa King, the lower, tighter rear triangle on the Merak leads into a fork that will allow tires up to 30-mm wide. 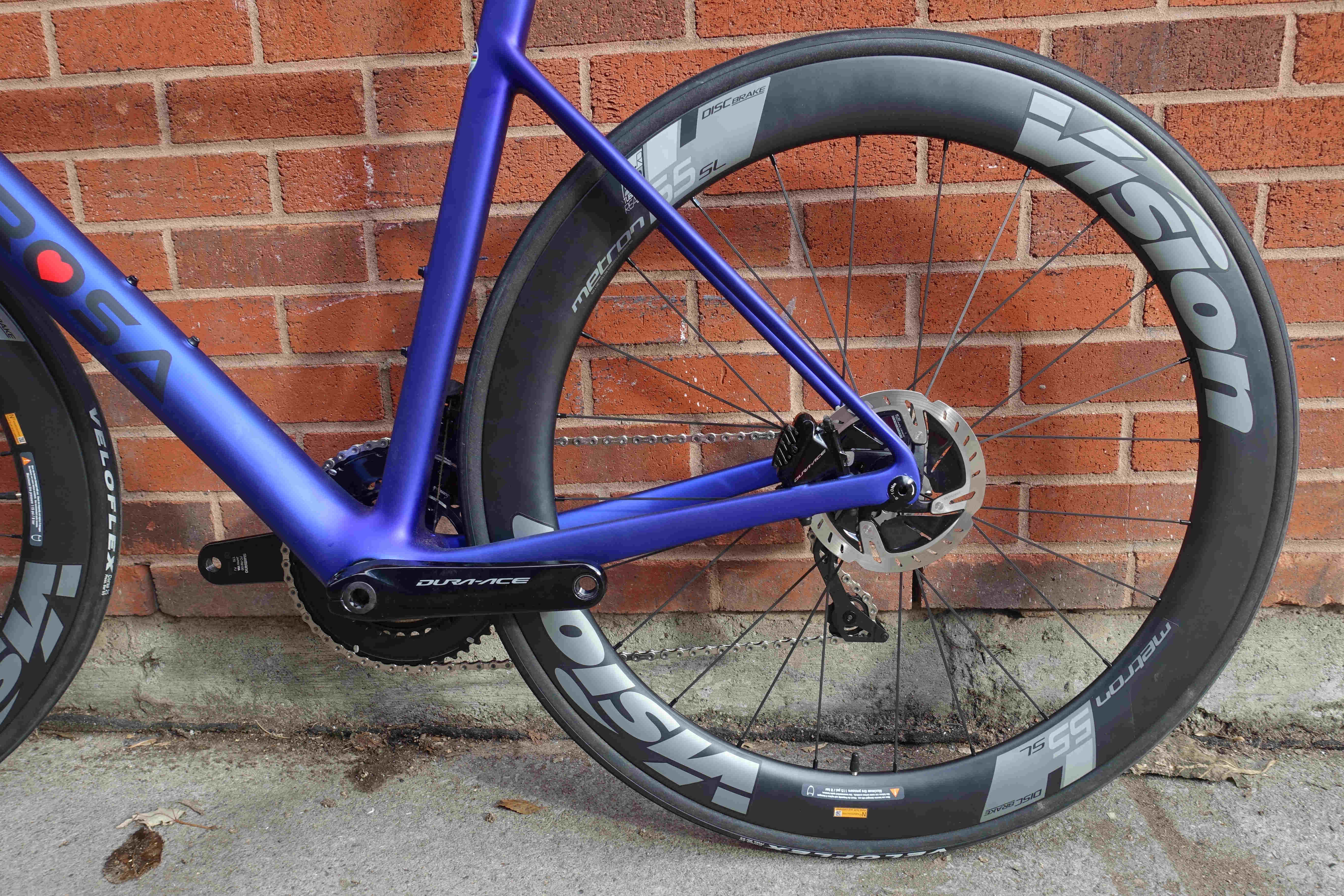 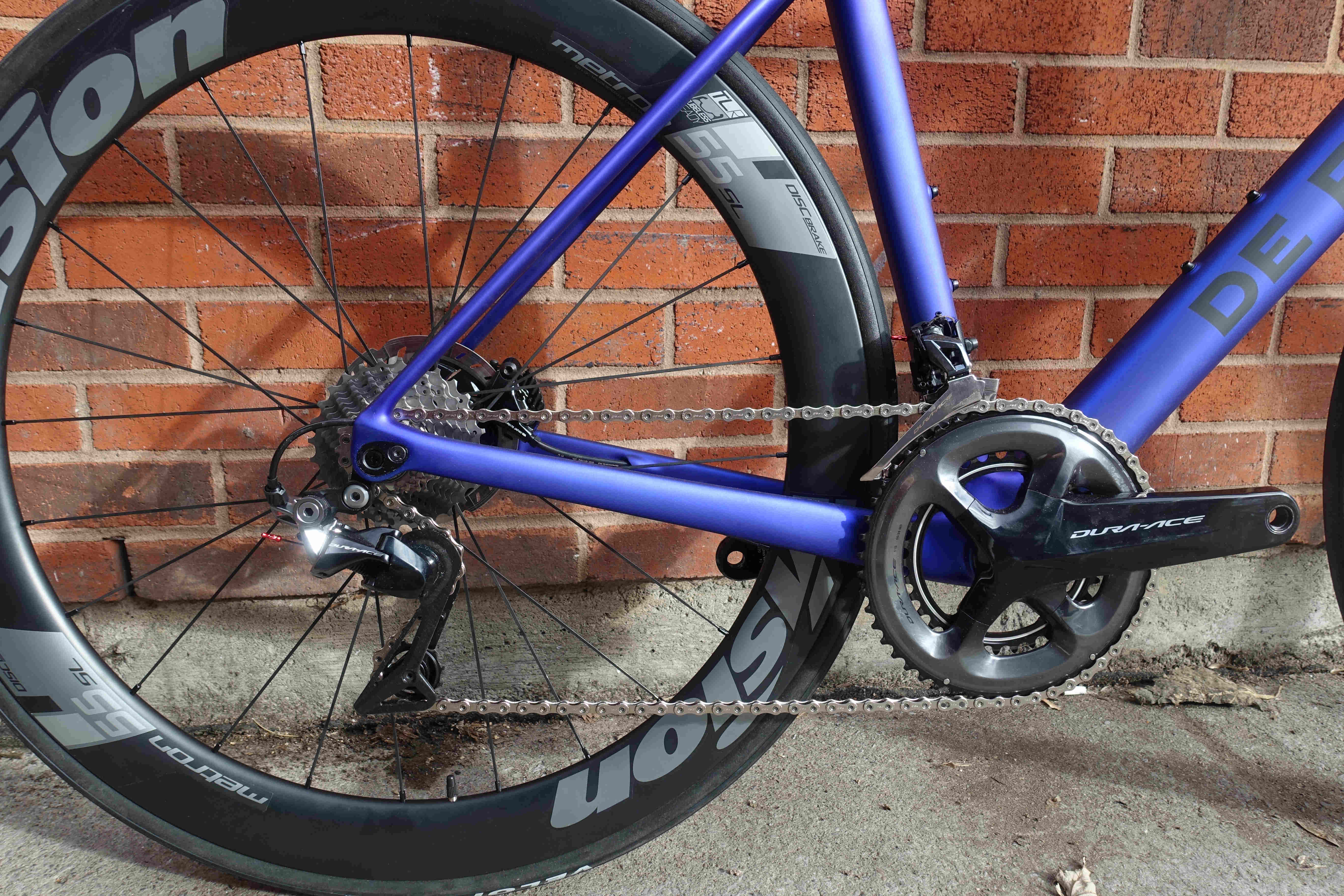