From steep climbs to explosive attacks, the new Surge Pro road shoe is designed for race days and training days, decisive bursts and the long hours in between. Tested and proven by WorldTour pros including grand tour winner Simon Yates, it’s the lightest road shoe ever from Giant.

This next-generation update of the original Surge Pro features an all-new dual-beam carbon outsole, plus a redesigned 360-degree wrap-around foot closure for a super secure and comfortable feel.

Yates and other riders from Team BikeExchange-Jayco began riding prototype versions of the new Surge Pro at early-season training camps in January.

“We were excited to start testing and riding the new Surge Pro shoes at our first winter camps this year,” Yates said, the leading general classification rider for Team BikeExchange-Jayco. “It was immediately clear how lightweight, efficient and comfortable they felt, and I’ve been training and racing with them ever since.”

In March, Yates won the final stage at the Paris-Nice stage race in France wearing his Surge Pro shoes. That victory landed the Brit second overall in the general classification, a confidence builder as he looks to the upcoming Giro d’Italia, his primary racing goal this year. 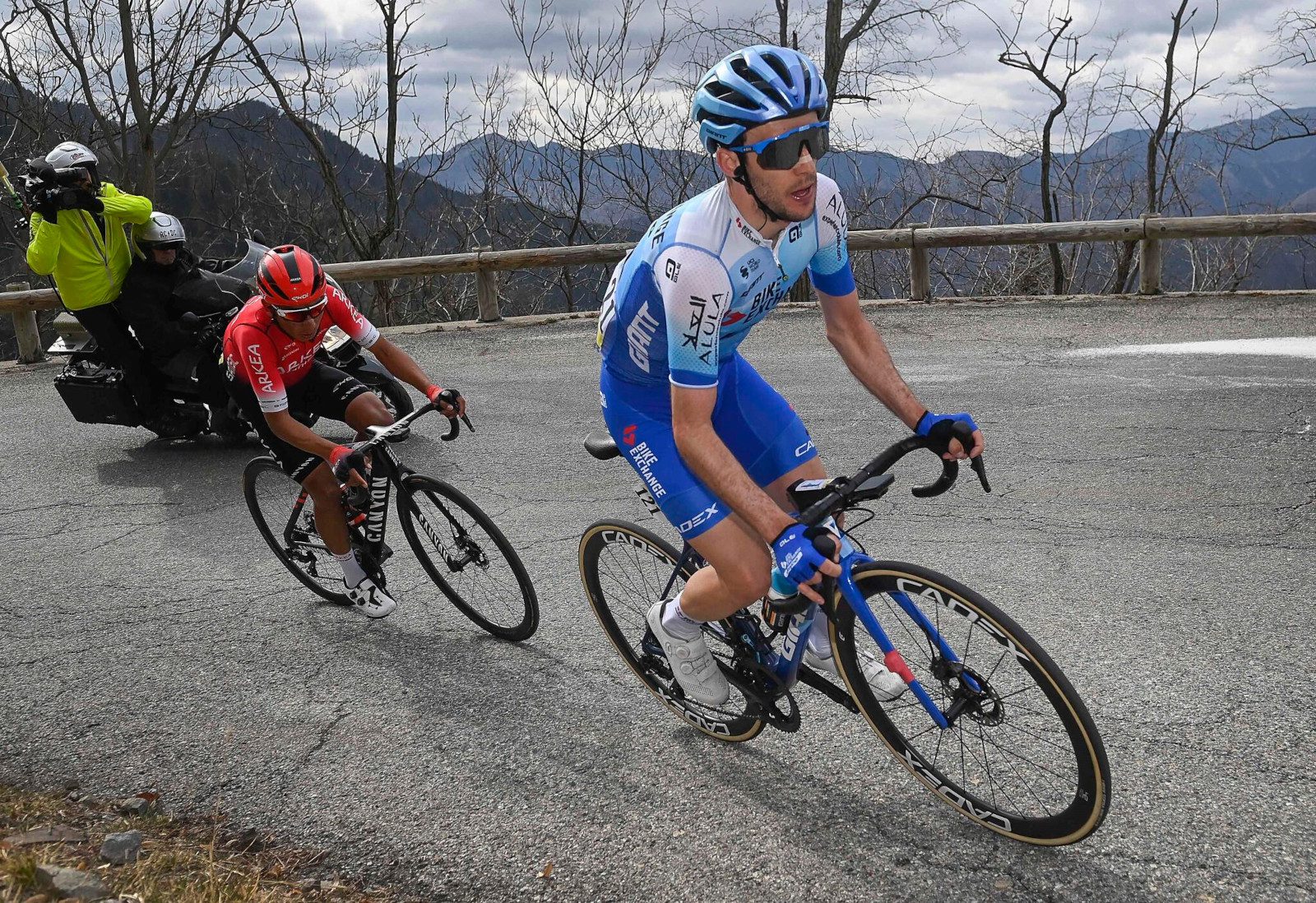 “Seeing Simon perform at that level and realize the competitive gains that we’re aiming for with this new shoe shows that all the time and effort we put into developing something truly unique is paying off,” Jeff Schneider, head of product and marketing for the gear division at Giant said. “Every advantage counts for riders at this level, and footwear is a critical part of the equation for pro racers like Simon.” 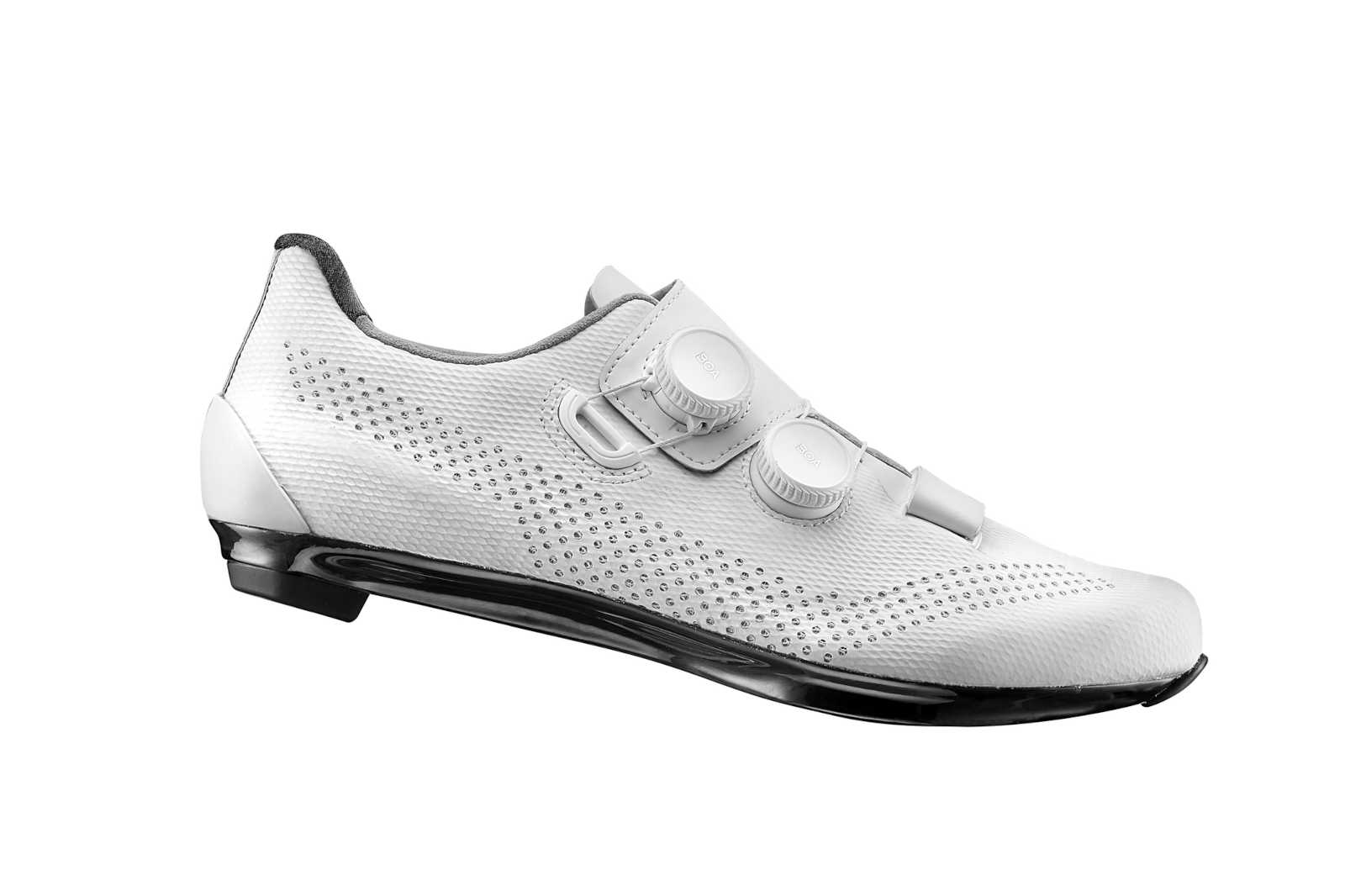 One of the key breakthroughs with the new Surge Pro is its all-new ExoBeam outsole plate that features a dual-beam design. It’s made with ultralight 100 per cent carbon fiber layup construction to deliver superior toe-heel stiffness. This proprietary design significantly boosts power transfer while allowing enough torsional flex for natural foot movement. 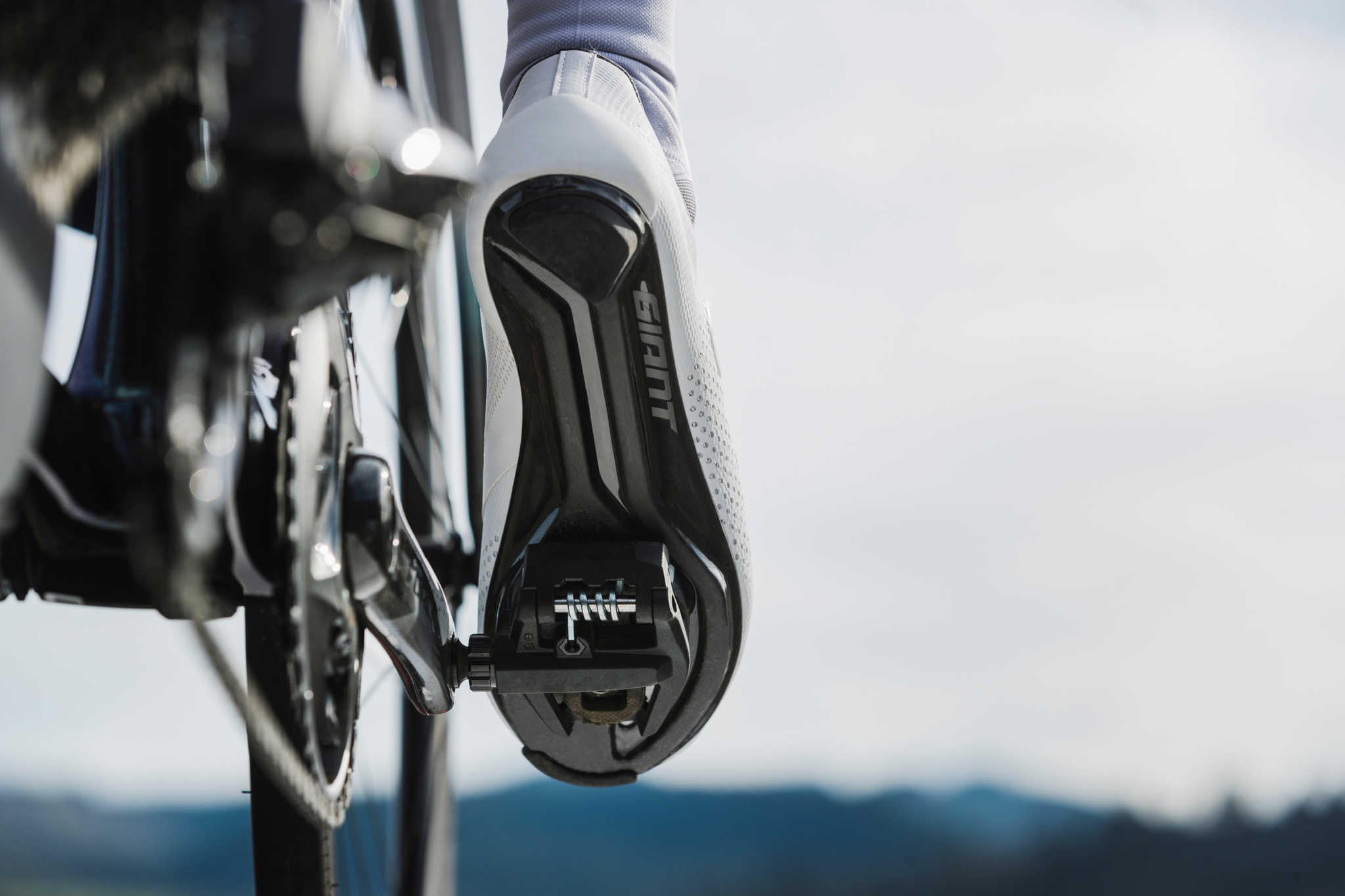 The Surge Pro’s new closure system is built on the redesigned ExoWrap, which draws the foot up into the shoe using its unique wrap-around fit and micro-adjust Boa Li2 reels with Dyneema textile laces. The Boa dials, two on each shoe, provide a direct pull on the internal side of the ExoWrap closure. As well, ExoWrap surrounds the foot to create a 360-degree enclosure for a more personalized fit. 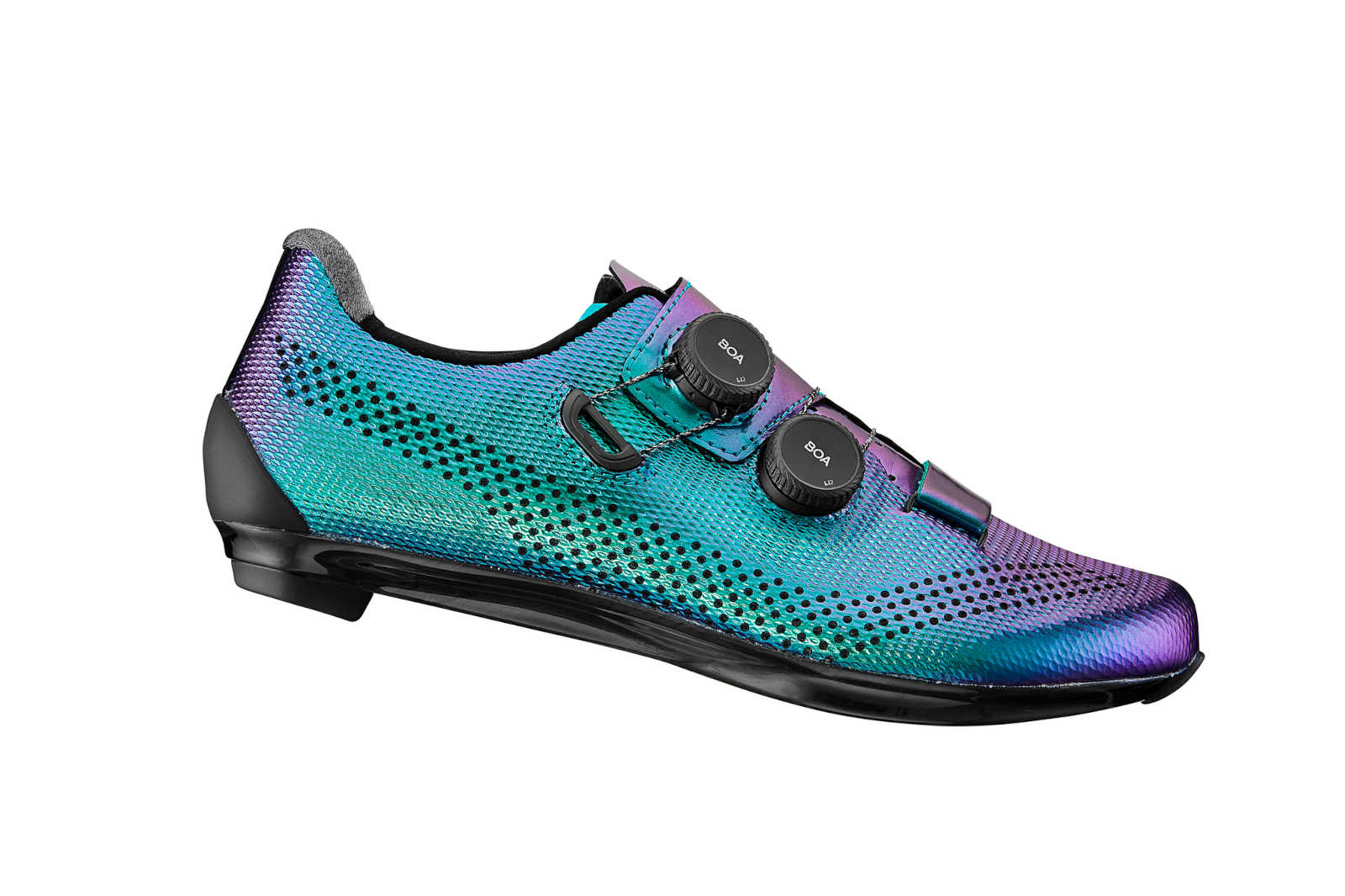 Inside the upper is a removable sock liner with tunable arch support and a TransTextura Plus antimicrobial layer that produces a cool, balanced foot climate in all conditions. The heel cup is ergonomically designed and has grippy SharkSkin material to comfortably grip the rear of the foot and provide a secure, no-slip fit.