Shimano announced the launch of the world’s first gravel groupset back in the spring, but this past weekend was my first chance to get hands-on with the new GRX components from Shimano. On tap was two days of riding the roads, groads, singletrack and goat tracks around the Kalispell and Whitefish areas of Montana. With only a few paved roads in the area, it was the perfect spot for us to spend some time with the gravel-specific groupset. 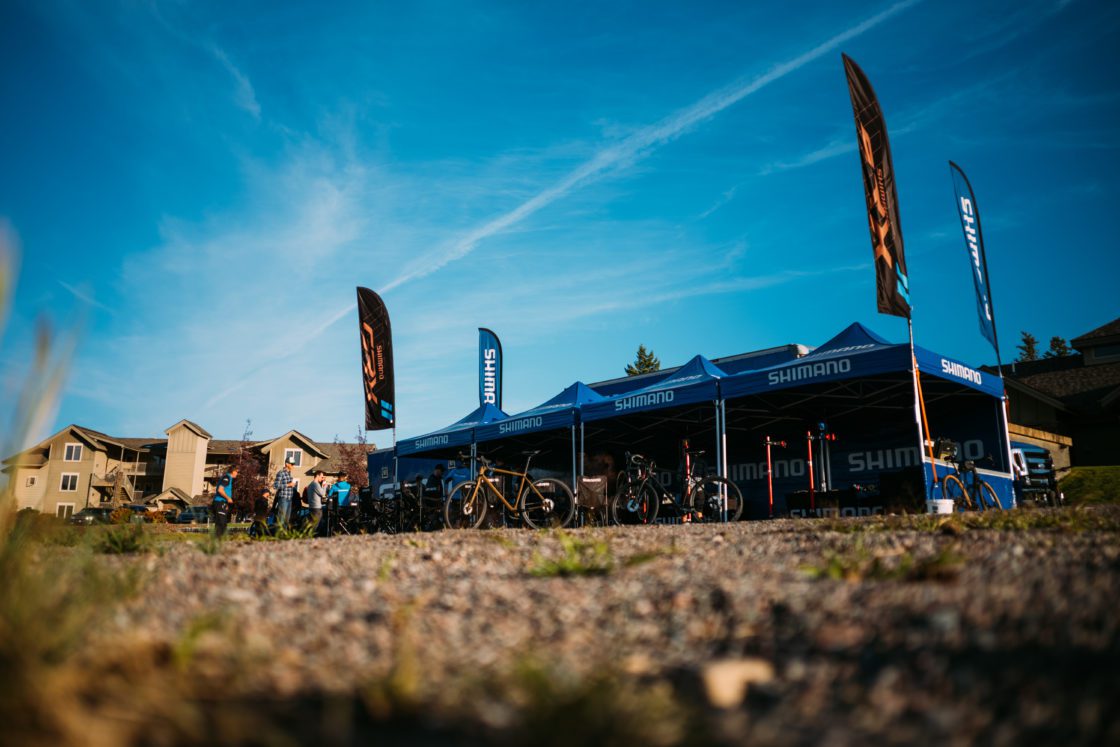 Choose your own adventure:

A point of emphasis for Shimano road product manager Dave Lawrence was that there is no one way people ride gravel. In their experience with the Shimano Gravel Alliance they came to realize that, across the globe, gravel roads and gravel riding were hardly ever the same. So they needed a groupset that accommodated this.

Unlike most Shimano drop bar groupsets, you can choose between 1x or 2x setups with a wide range of gearing choices upfront or back at the cassette. Live somewhere that’s mostly flat? Go with the 2x setup and a tight 11-28 spread in the rear. If you live somewhere hilly throw on the 11-34 cassette and you’ll get up anything with the 31-34 ratio that’s available in that configuration. If you’re looking to go in the direction of a single chainring setup there’s a ton of flexibility there as well. You can go for a tighter ratio at the back using Shimano’s road cassettes or give yourself the wide gear range of an 11-40 or 11-42 ratio.

Now, what did I pick for my setup at Gravel Camp? I chose a single front chainring setup with a 40T chainring in the front and an 11-40 cassette. My thinking was that I would be able to get up almost anything with a 1:1 ratio and anything I couldn’t get over I would probably be better off going the hike-a-bike route anyways. Going with the 40T cassette over the 42T would also keep the jumps between gears marginally smaller as well. I also had the option of using a dropper post, but I had to be honest with myself “do I ever get that rowdy, even on a mountain bike?” The answer is a resounding no. I did add in the sub-brakes on the tops of the handlebars though. If you remember those from early 2000s cyclocross and touring bikes, you likely remember some pretty mediocre braking performance. I was obviously eager to try out this modern hydraulic version and accompanied by the auxiliary shift buttons on the tops, I thought it would make for a great additional hand position. 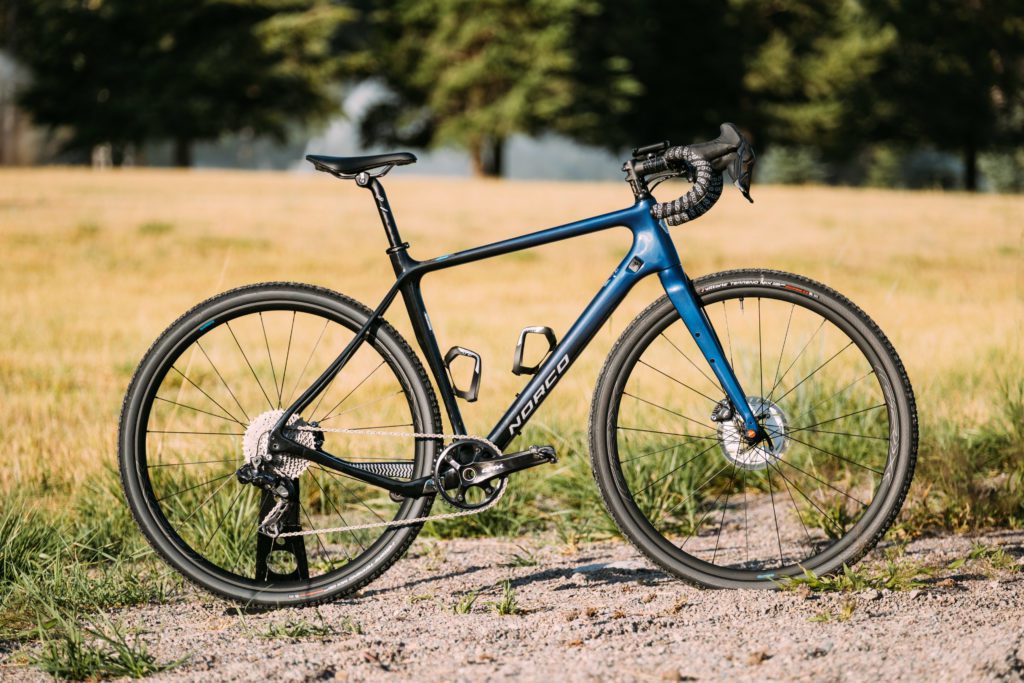 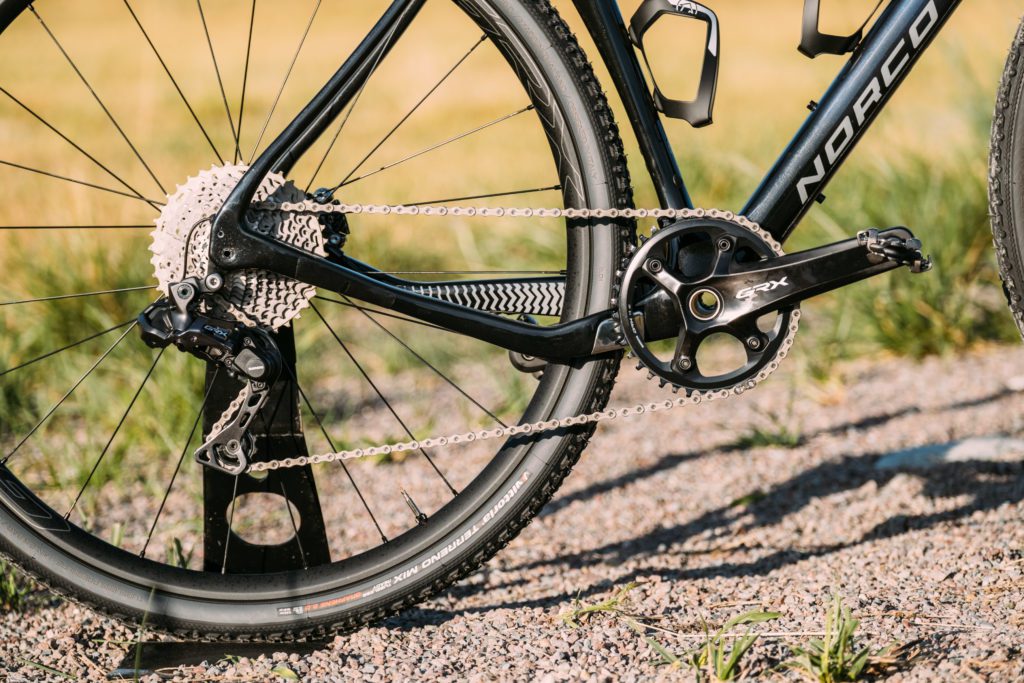 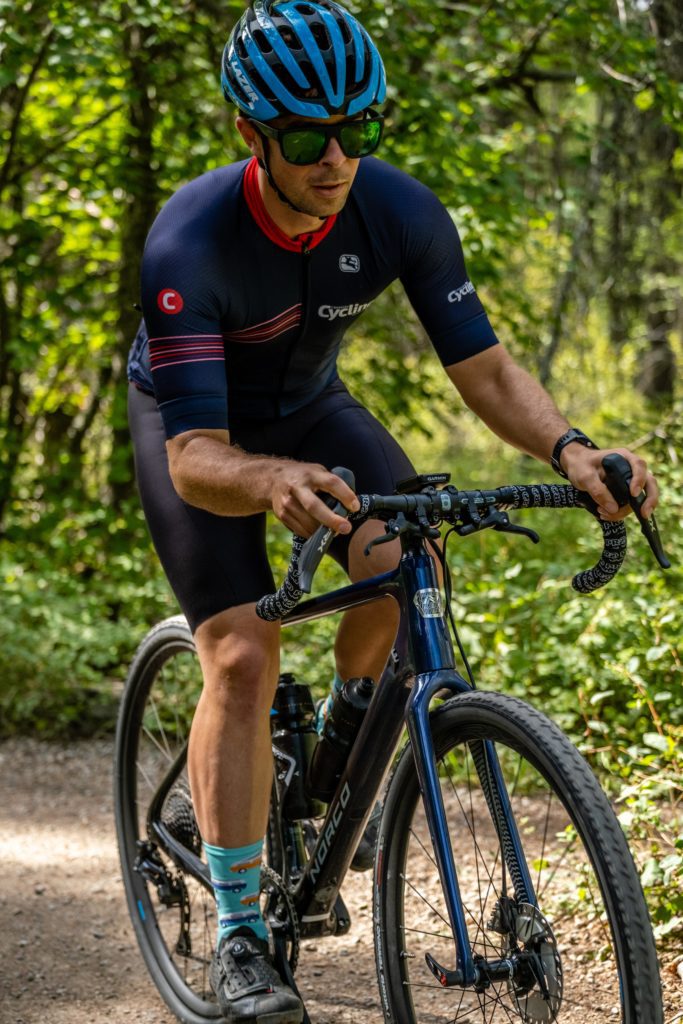 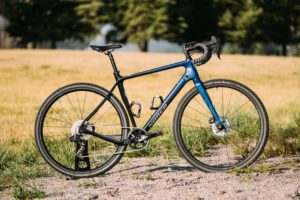 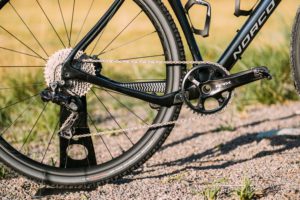 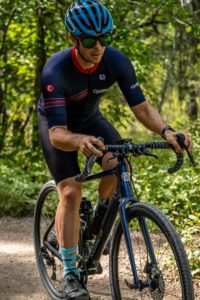 On day one, the gang from Shimano took us out on a 50 km mixed surface ride that was punctuated by about 15 km of singletrack that definitely pushed the technical capabilities of both myself and the bike. It was a great opportunity to test out the new GRX hood shapes along with the raised pivot position of the brake levers. That hook in the brake lever does an excellent job of securing your hand on all sorts of rocky or loose terrain. Compared to riding the latest generation of Shimano’s hydraulic brake levers I felt much more secure on the loose trails. The GRX levers were also noticeably easier to brake with power from the hoods. By raising the pivot point by 18 mm, it was substantially easier to scrub speed with just a couple of fingers.

With over 700 m of climbing in just 50 km I was happy to have the 1:1 gear ratio easily accessible. The clutch derailleur previously only seen (on the road side) on the Ultegra RX worked great, there was not audible chain slap and even in the roughest sections of trail, I could shift effortlessly.

Day two was almost 100 km of pure gravel bliss, I guess that includes the 30 km we had straight out of the hotel but at the time I was certainly cursing the 5-7 per cent goat track we were riding on. It was definitely a Type 2 fun kind of climb. I certainly took advantage of the Di2 groupsets auxiliary shifter on this ride spending a large amount of time riding the tops happily shifting away without giving a thought to moving my hands. The electronic version of GRX works as well as every other Shimano groupset, that’s to say it works so well you don’t even give it a second thought when you’re using it.

I had a few occasions to use the new sub-brake levers on the ride as well. Upon turning one corner we came upon two other riders, except these guys were on horses and I was able to give a quick tug on the brakes which worked just as well as their cousins attached to the hoods. 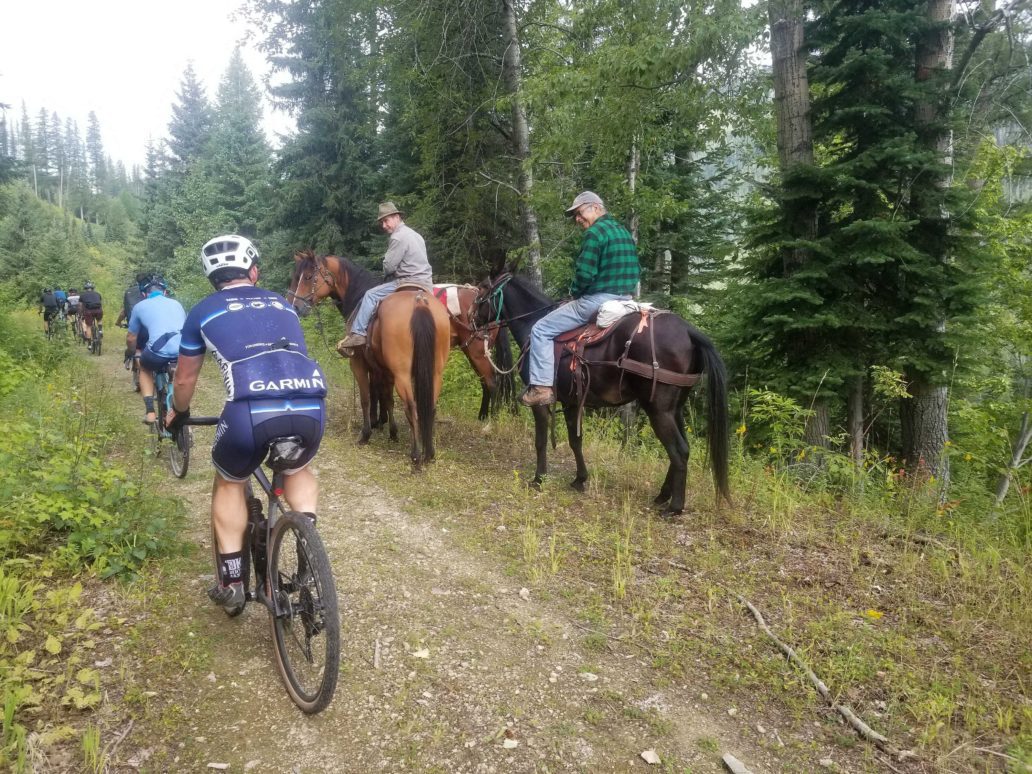 After climbing for more than an hour and a half we were rewarded with a pretty awesome descent and a great spot for lunch. Here my gearing choices came into play again. I found I could spin out in the 40-11 gear combo I had but if I’m being honest I probably wouldn’t have been comfortable going any faster than I already was. So while some people may have missed the top end speed the 2x variant could have given them, I was very content with my choice to use the simpler 1x options on my bike.

We rode the new GRX wheelset as well during our two days in Montana. It was nice to see Shimano embrace the trend of wider tires and build a wheel with an internal rim width that reflects what people are riding. Coming in at around 1650 g, the GRX wheels are not clunkers but they won’t wow you with their exceptional acceleration either. But they are an affordable, durable wheel that can be a good platform for almost any adventure you can imagine.

My big takeaway was that GRX will work for a lot of different riders if you’re the ‘cross racer who’s gravel racing curious then there’s something for you here. If your style of riding is more about all-day adventures and you want the gear options to do that then you’ll find a GRX variant that can work for you too. Of course, some people will be frustrated to not see a 12-speed option but on the bright side of things, there’s no change to hub standards and therefore no need to replace wheels. 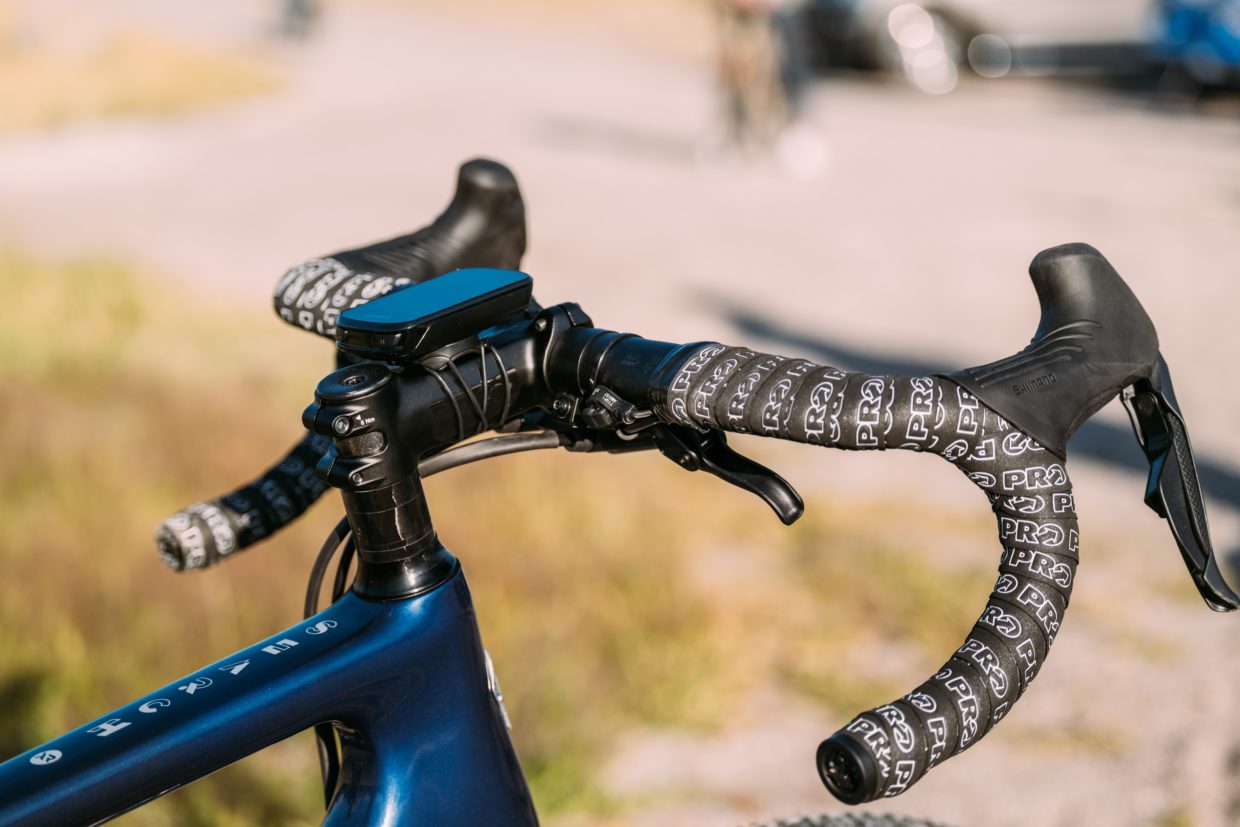 Shimano’s in house component brand PRO also had some new products on hand for us to check out. New for 2020 are additional bags for the Discover line along with the off-road version of the popular Stealth saddle.

On the bag front, there will be a small version of their frame bag which extends about half-way down the top tube as a more compact variant to the full-length bag. Alternatively, if you have a very small frame this could work as a full-size bag as well. They’ve also added a water bottle bag, which during our rides was used by a few people as a handy way to store their bear spray. To complete the collection, there is now a small saddle bag that can hold a tube, your multi-tool and a few tire levers as well.

The Stealth Off-Road saddle features a softer EVA foam than its road sibling, along with a more flexible shell to provide a tad more cushion on rough surfaces. The shape remains largely the same but for those who find the Stealth road saddle a little on the firm side, this is a great option no matter the surface. 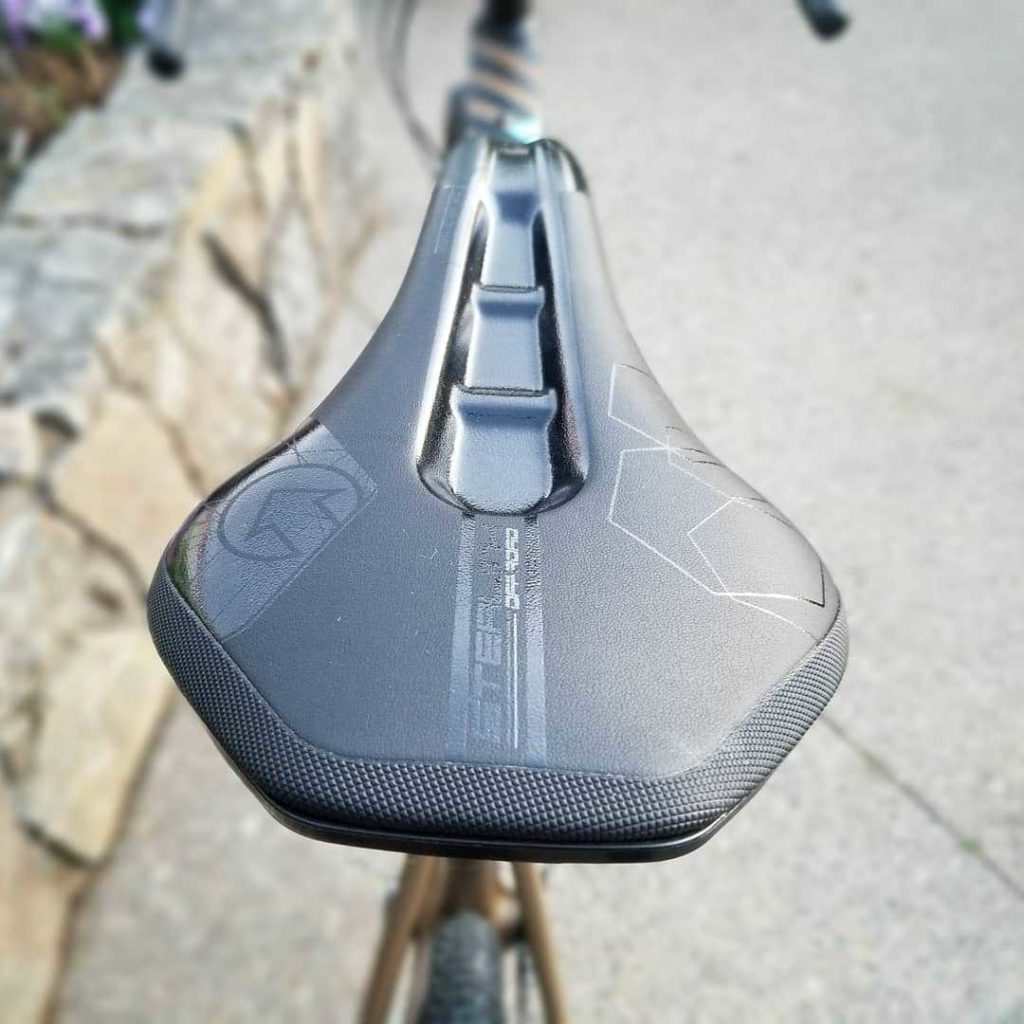 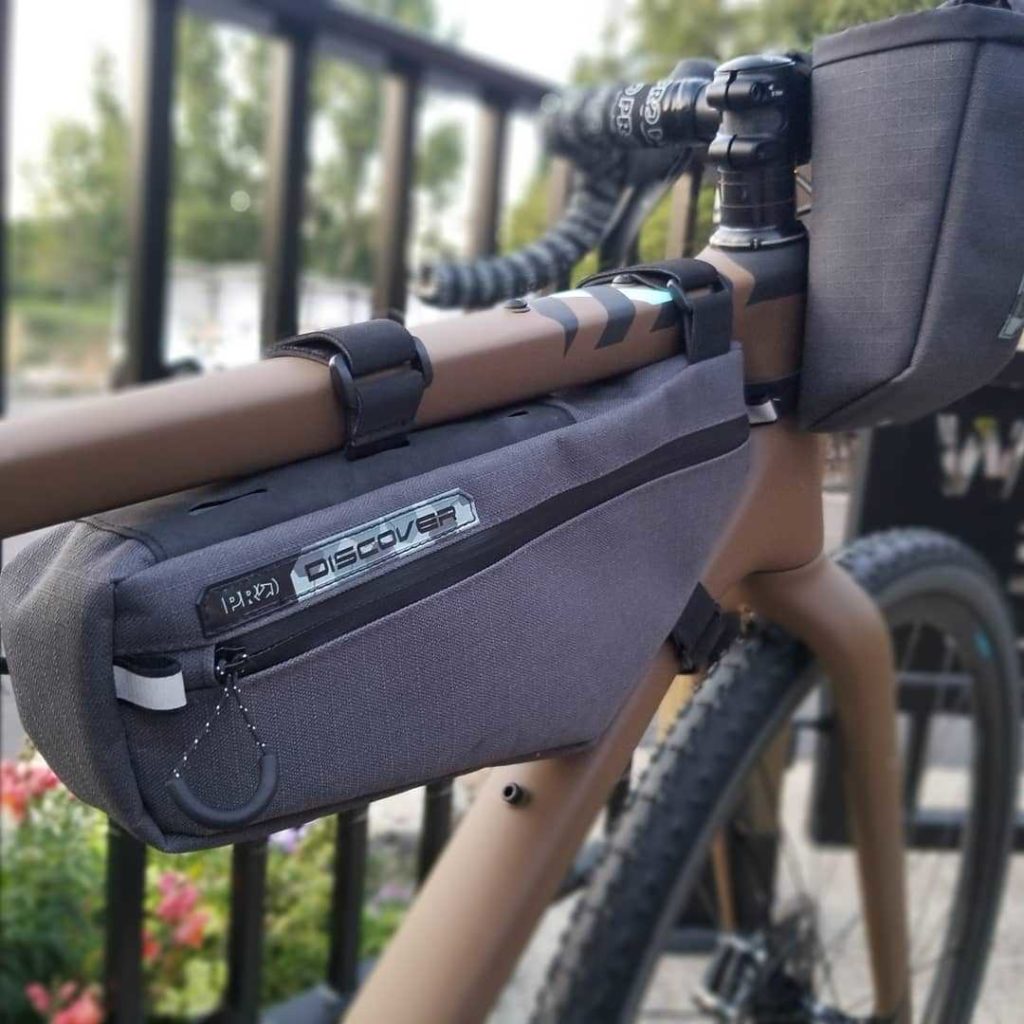 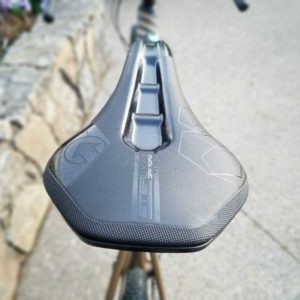 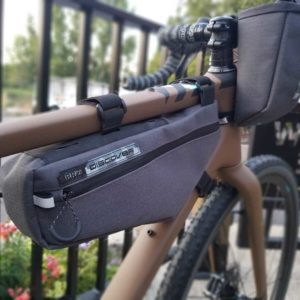