Shimano was the first major component manufacture to release gravel specific groupsets with the GRX range and have continued their attention to the burgeoning sector with a new pair of performance gravel shoes. The Shimano RX8 are a high-performance pair of footwear dedicated to the demands of gravel riding. 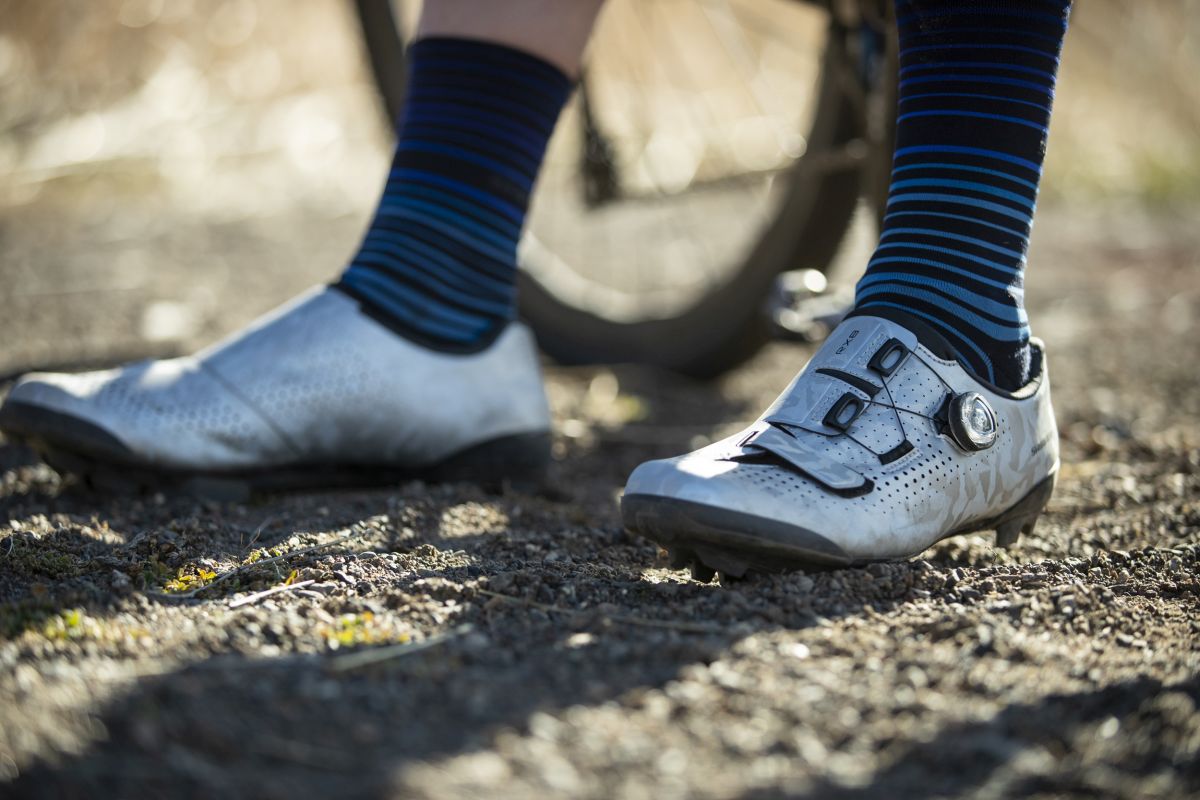 The shoes borrow features from both of Shimano’s high-end S-Phyre RC9 road and XC9 mountain bike shoes which should make them an appealing choice for gravel racers, gran fondo riders and weekend adventure riders. The shoes are designed to be lightweight, stiff and walkable making them versatile for the demands of all-terrain riding.

While many gravel riders currently make do with mountain bike shoes, Shimano says those are usually heavier and overbuilt for the purposes of gravel riding. Hence the RX8 feature stiff soles for the stiffer performance of road shoes. The shoes have a carbon outsole that receives a 10 on Shimano’s 11 point scale. The RX8 also use a heel stabilizer.

The soles of the shoes have a fairly minimal thermoplastic polyurethane (TPU) tread that should provide enough grid over dismounts on gravel. There’s some toe armour but less than would be found on mountain bike shoes and an anti-slip pad for good performance when walking the bike. 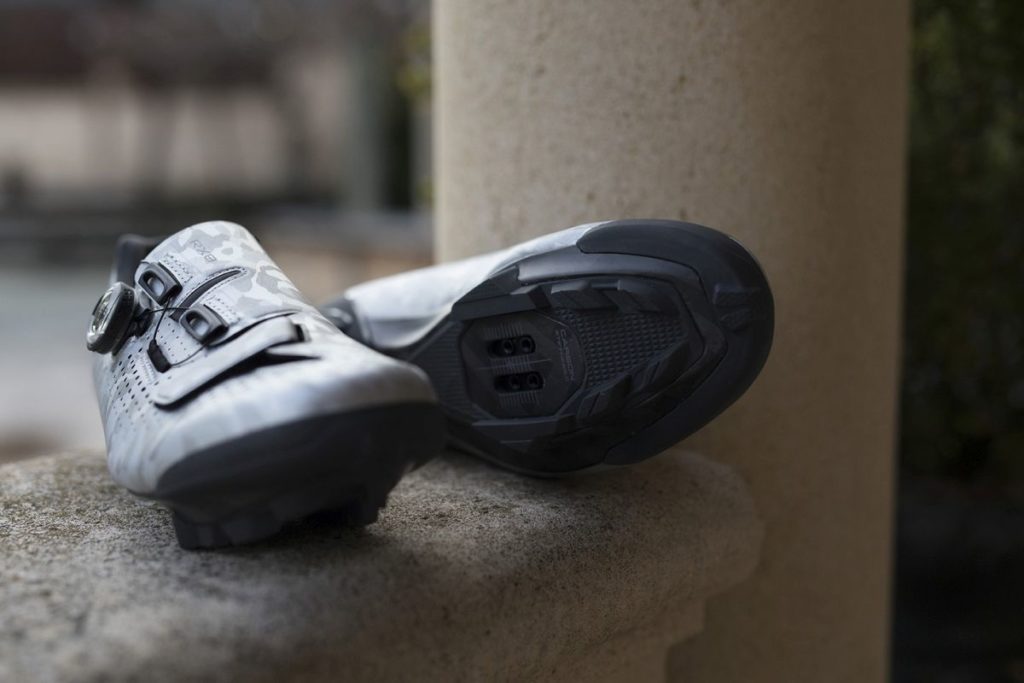 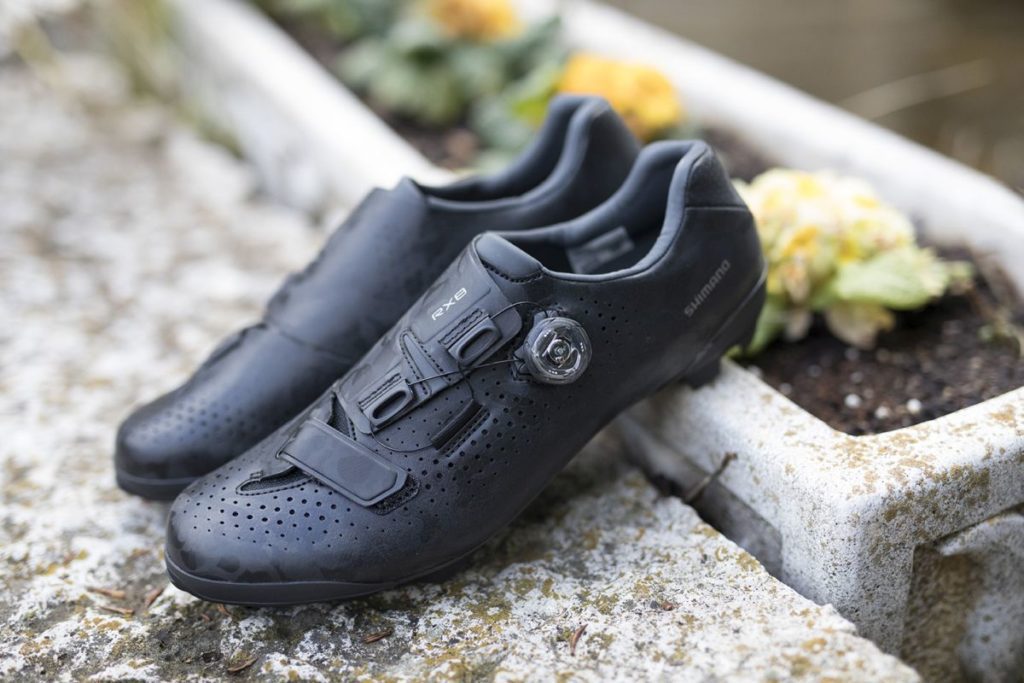 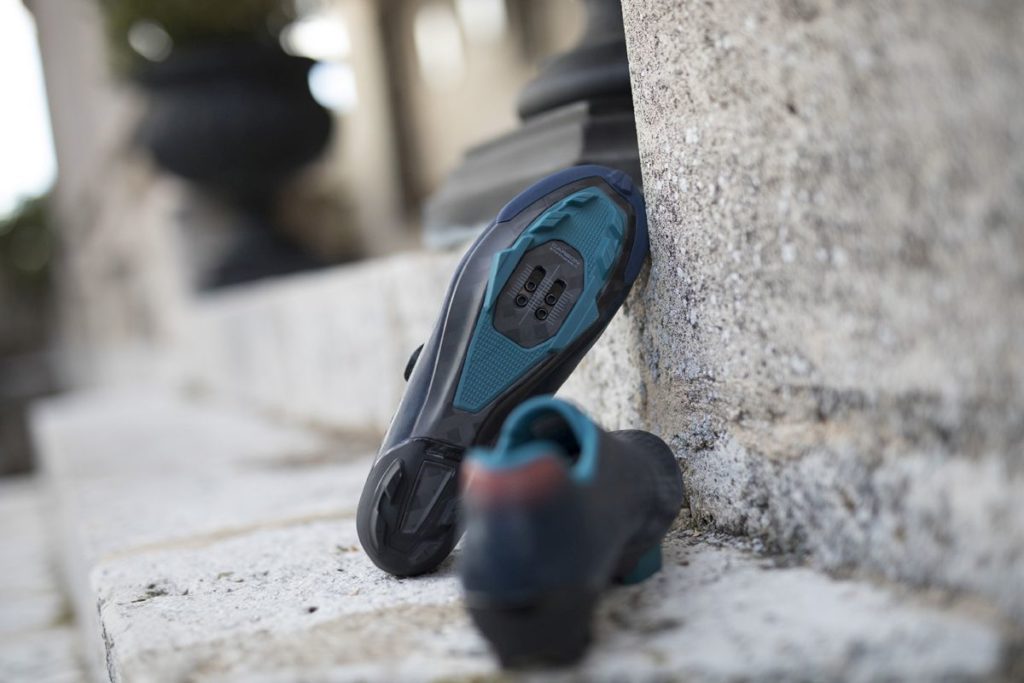 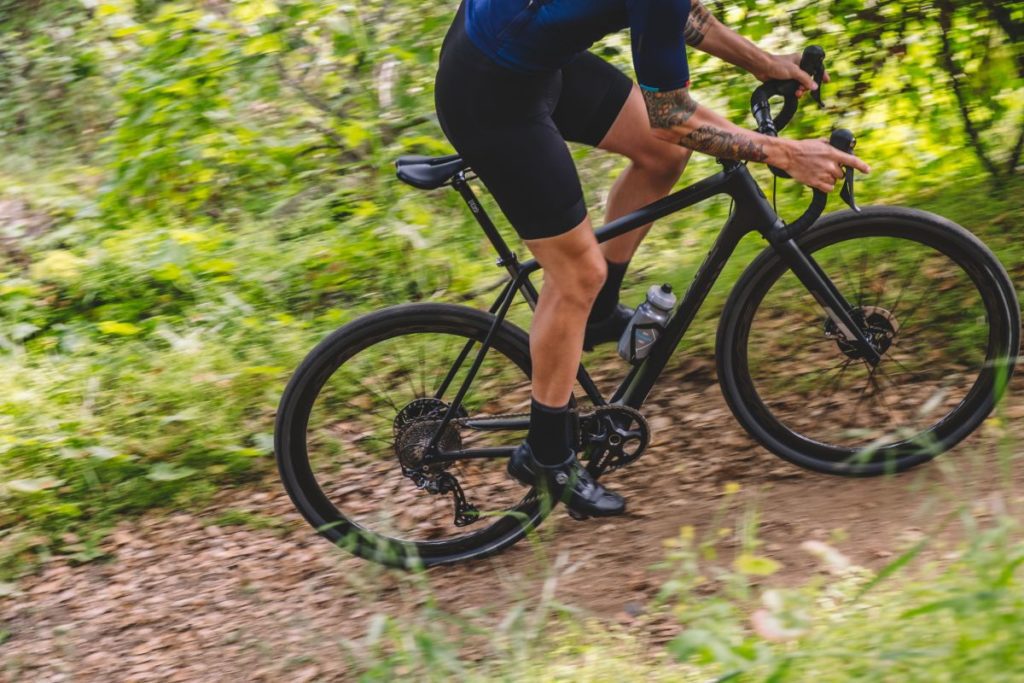 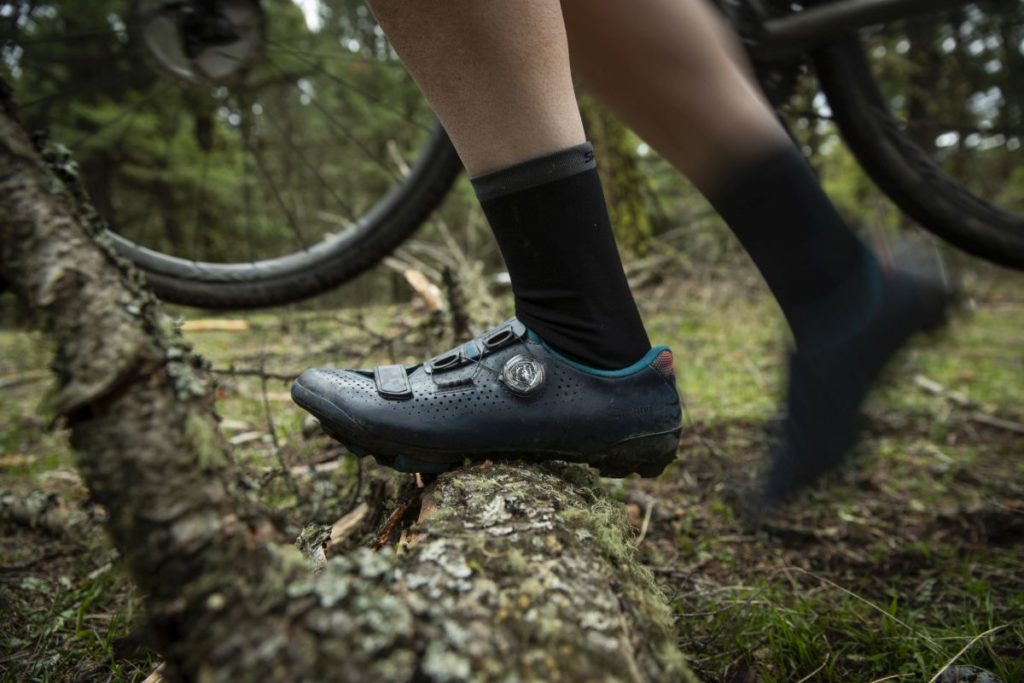 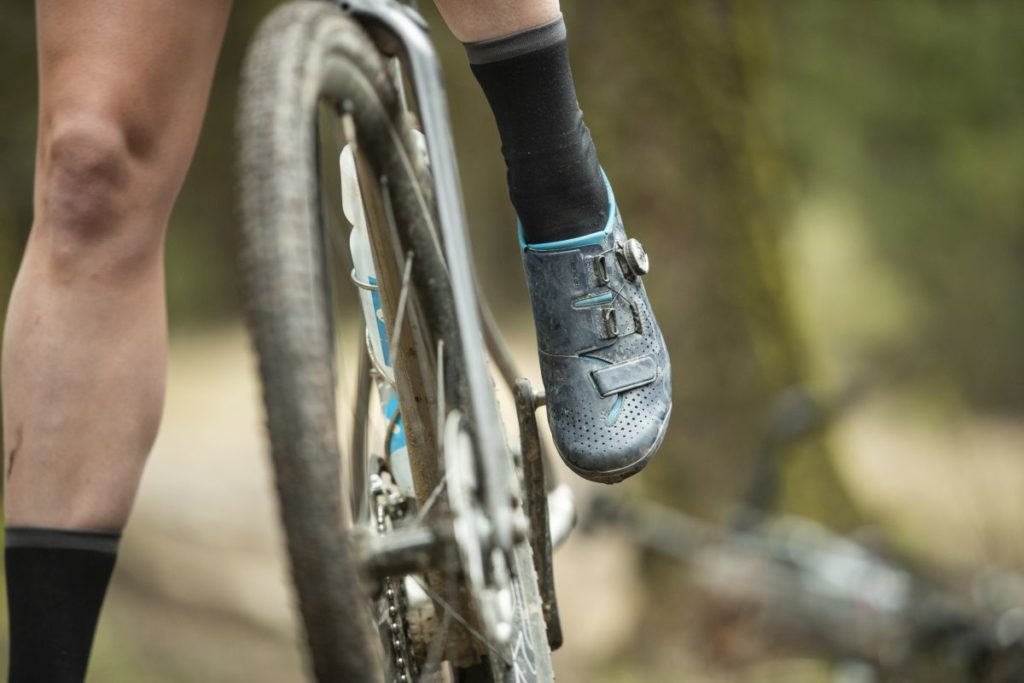 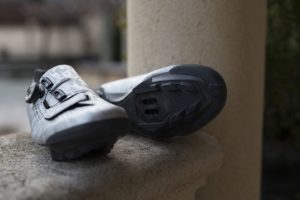 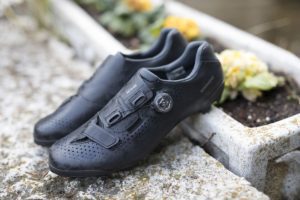 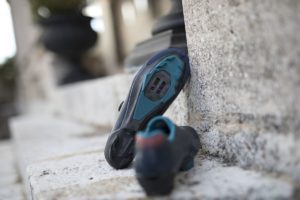 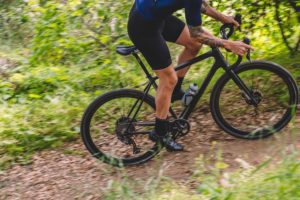 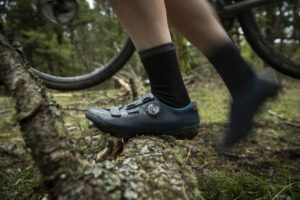 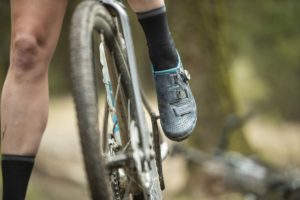 Shimano have of course designed the shoes to best work with their top-end XTR PD-M9100 SPD pedals. The RX8 has stiff TPU lugs and a wider contact point for easy clipping in and an efficient contact point with the bike. The claimed weight of the shoes is 265 g for a size 42, lighter than the 349 g the S-Phyre XC9 shoes weigh in at.

The fit of the shoes is handled with a single Boa IP1 dial and a Velcro strap at the front of the shoe. For ventilation, the shoes have a perforated synthetic upper.

The shoes will be available in August in silver or black in the men’s version and the women’s version is navy blue. The shoes have an MSRP of US$250.