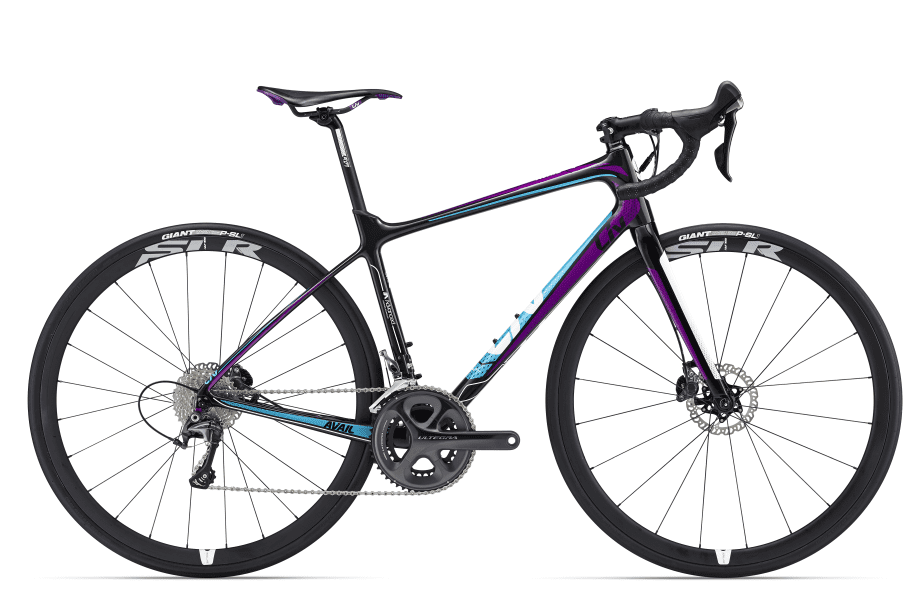 In 2014, Giant Bicycle’s renamed its line of women’s bikes and accessories. The marque went from Liv/giant to simply Liv. The change highlighted how the Taiwan-based company would design and market women’s bikes. Some brands argue that there’s more physical variation within the sexes than across them. They conclude that there’s no need for a women’s frame. That thinking does have merit: it’s quite egalitarian. Giant, with its creation of Liv, was following a different route. Women deserve their own bikes not just for our physiques, but for the way we ride and to encourage other women to ride. Liv also has its own retail stores, apparel, strong ambassador programs with amateur and pro riders and a strong social-media presence, all with the goal of empowering women to get out riding.

Also in 2014, Liv relaunched its Avail line, which marked the arrival of road disc brakes to the endurance road bikes. Recently, I tested the Avail Advanced Pro, the second-tier bike made using Giant’s Advanced process for working with carbon fibre. The layup keeps the bike light (my size large bike weighed 7.88 kg), while also minimizing the vibrations sent up by the road. The D-Fuse seatpost, which first appeared on Giant’s cyclocross bikes in 2013, offers a lot of fore-and-aft flex to soften the ride on uneven ground.

To date, my road bikes haven’t been female specific. They’ve been men’s, or “gender neutral,” race machines. The Avail is not only my first bike with female-specific geometry, but also my first endurance bike. The Liv bike is more upright and considerably more comfortable than what I’m used to. Its shorter top tube and stem helped me to feel less stretched out while riding. The 74.5-degree seat tube angle (slightly raised in comparison to many men’s/unisex models) keeps the hips well-centred over the pedals, allowing for an efficient power transfer and comfort over longer distances. Liv says that this geometry complements the female rider, who typically relies less on the upper body and more on the lower body than men while riding. Giant’s Liv Contact Slr Forward saddle isn’t particularly padded but proved comfortable enough even on my longest test ride.

The Advanced Pro is outfitted with Shimano’s r685 hydraulic disc brakes, giving the bike great stopping power and making it an all-around solid option for riding down steep descents and in the rainy weather that stuck around when I was testing the Avail this past fall. The improved control from the disc brakes, in combination with the bike’s stable feel, made me confident when riding in diverse weather conditions and on varied terrain.

The Advanced Pro is an ideal option for the female cyclist looking for a lightweight bike that provides exceptional comfort and stability. It won’t allow for a super aggressive position – for racing, you’d want to look to Liv’s Envie – but it climbs well thanks to its stiff carbon-fibre frame and Shimano Ultegra 11–32 tooth cassette paired with 34/50-tooth chainrings. The Avail Advanced Pro succeeds in inspiring rider confidence, which is what Liv ultimately aims for in this line. The bike is good value for the price, which includes Giant’s Slr 1 tubelesscompatible disc wheels. When you ride this bike, you also support a community that inspires women of all ages and abilities to enhance their healthy lifestyles through cycling.