Shimano took their sweet time releasing the new 12 speed XTR group to the world. The Japanese company waited nearly three years after SRAM introduced us to the 500 per cent range of Eagle. Many mountain bikers all but turned their back on Shimano thinking they had done the same to the mountain biking market.

However in true Shimano fashion they were delaying until the product met Shimano’s performance standards before unveiling the all new and improved XTR M9100. We have been riding the new group all summer and have some thoughts on how it’s performing so far. 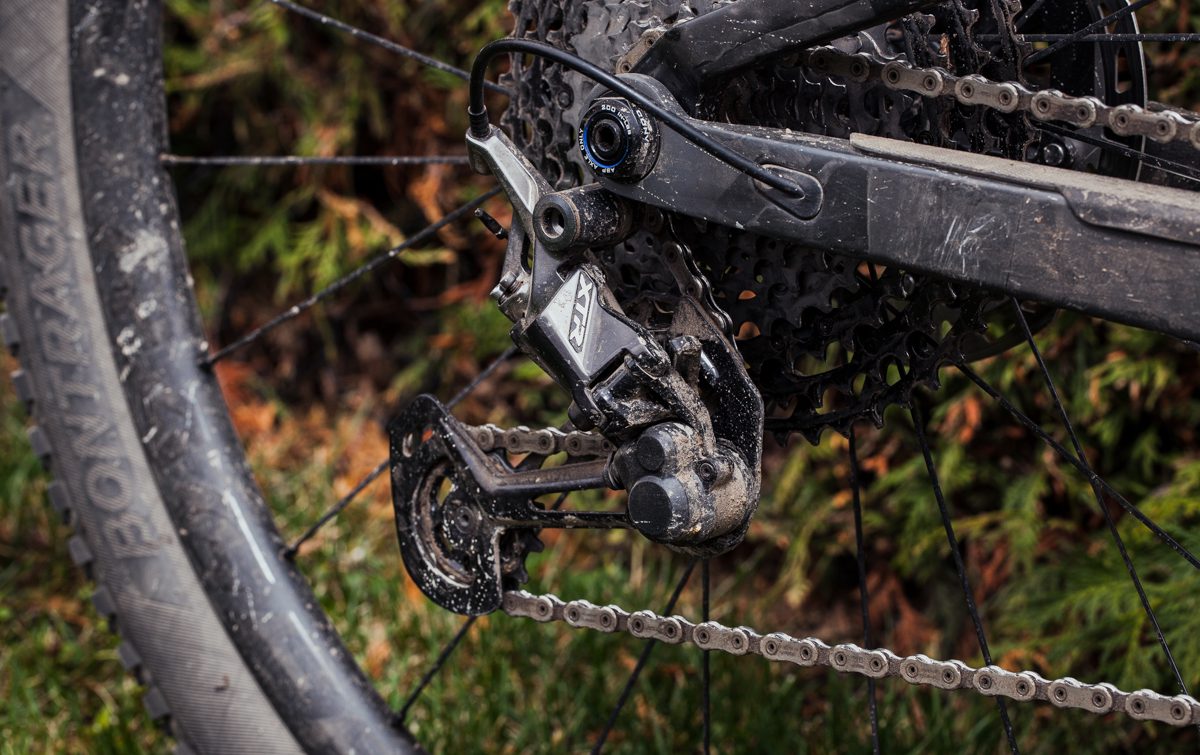 If you are looking for detailed specs make sure to read our first ride review and details on all the components. In case you missed those here are some of the highlights. 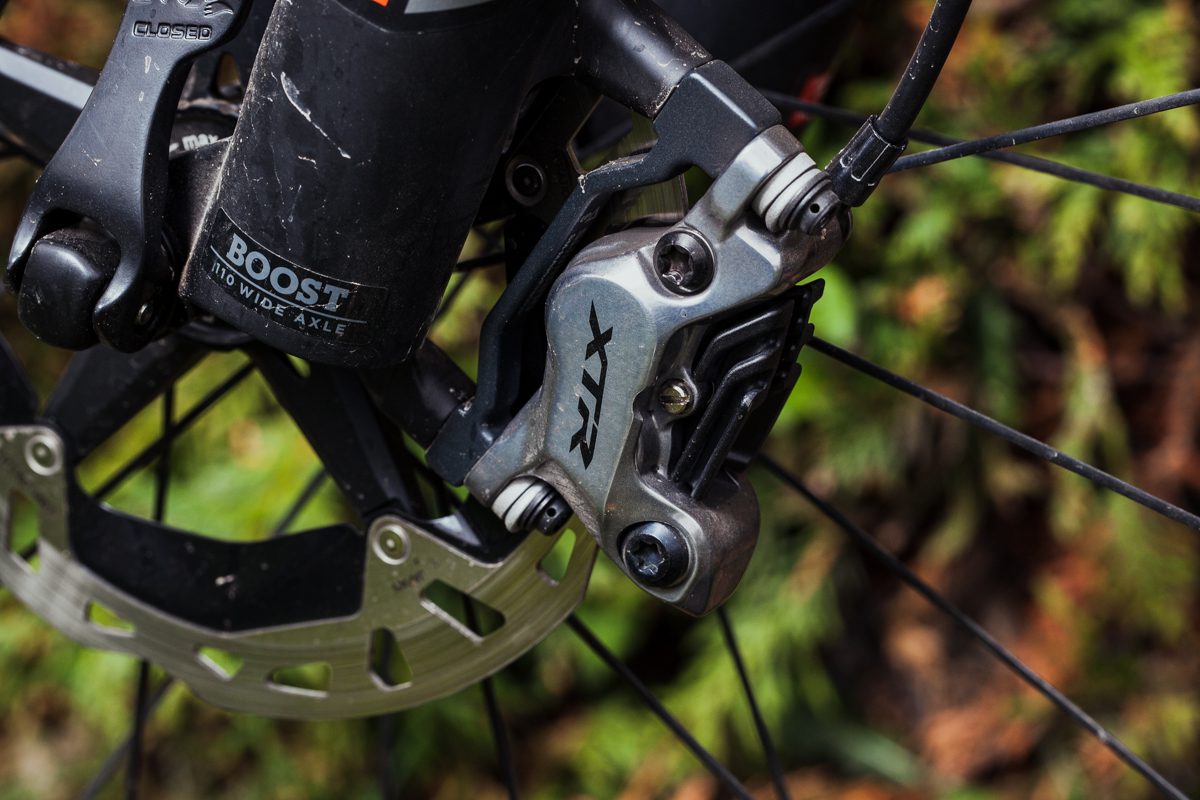 Installing the M9100 components on a Trek Top Fuel was pretty straight forward. Shimano includes an etched mark on the outside of the upper pulley cage to help set your b-tension without the help of a plastic tool (SRAM). This makes shifting setup much easier and faster. There seems to be less room for error on the microspline freehub when stacking cogs. Make sure you have everything well seated before cranking on the lockring, and there is also a translucent spacer to be included. The updated Ispec bar mounts made it easy to get my levers and shifter/dropper remote exactly where I wanted them while maintaining a clean looking cockpit. 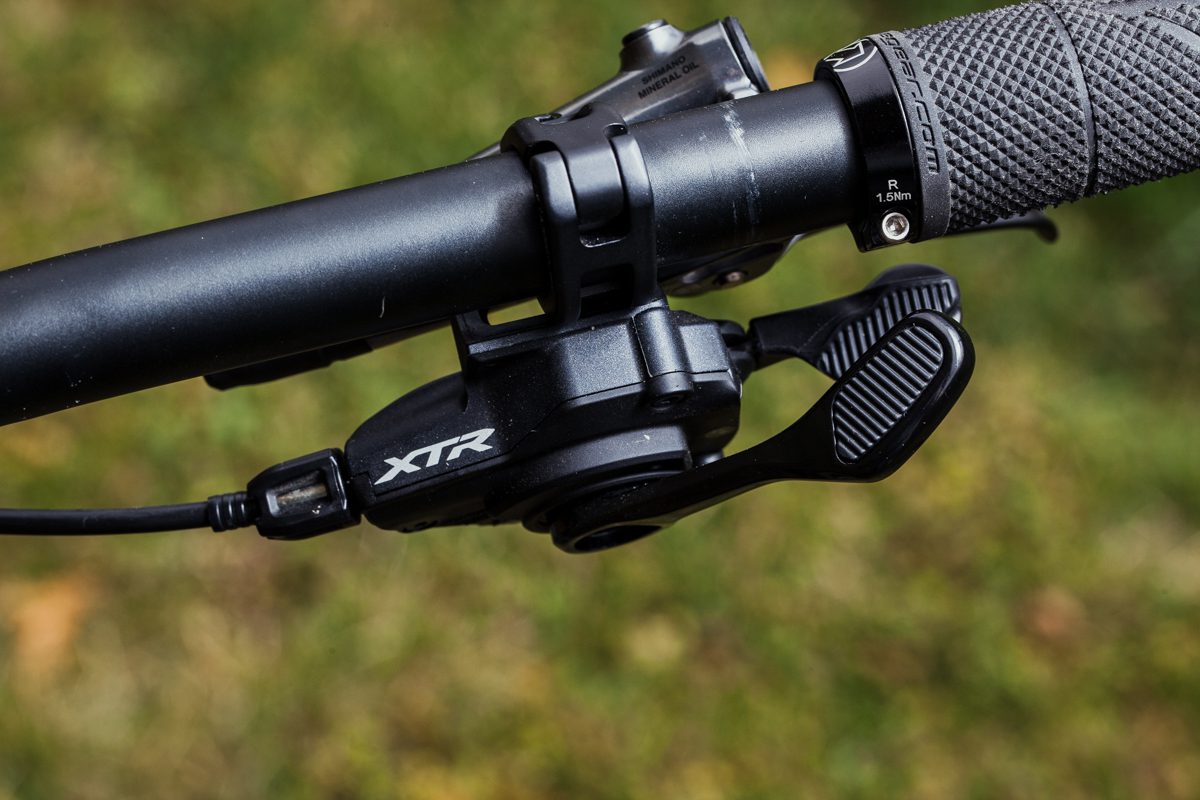 Shimano’s Hyperglide+ shifting is spectacular. We have said it before, but it’s so good it is worth mentioning again. At first the lever feels a bit stiff and can require a little extra finger strength to switch gears, however after a few rides the shifter really breaks in and gives a crisp precise feel. The lever almost feels disconnected from the derailleur in a good way. You depress the lever and the gear shifts. You don’t need to worry about the minor tension held in the shifter like you do with other groups.

The ability to drop 2 gears at once seems like a minor advantage, but I was surprised at how many times I opted to drop 2 gears instead of one when cresting climbs or dropping into downhill sections. Also, being able to pull on the shift lever as well as push was a welcome change to what we are used to with 12 speed drivetrains. When pedaling on flats or up steady climbs I often rest my hands on the top of my bars, and it’s nice to have quick easy access to shifting from multiple hand positions. 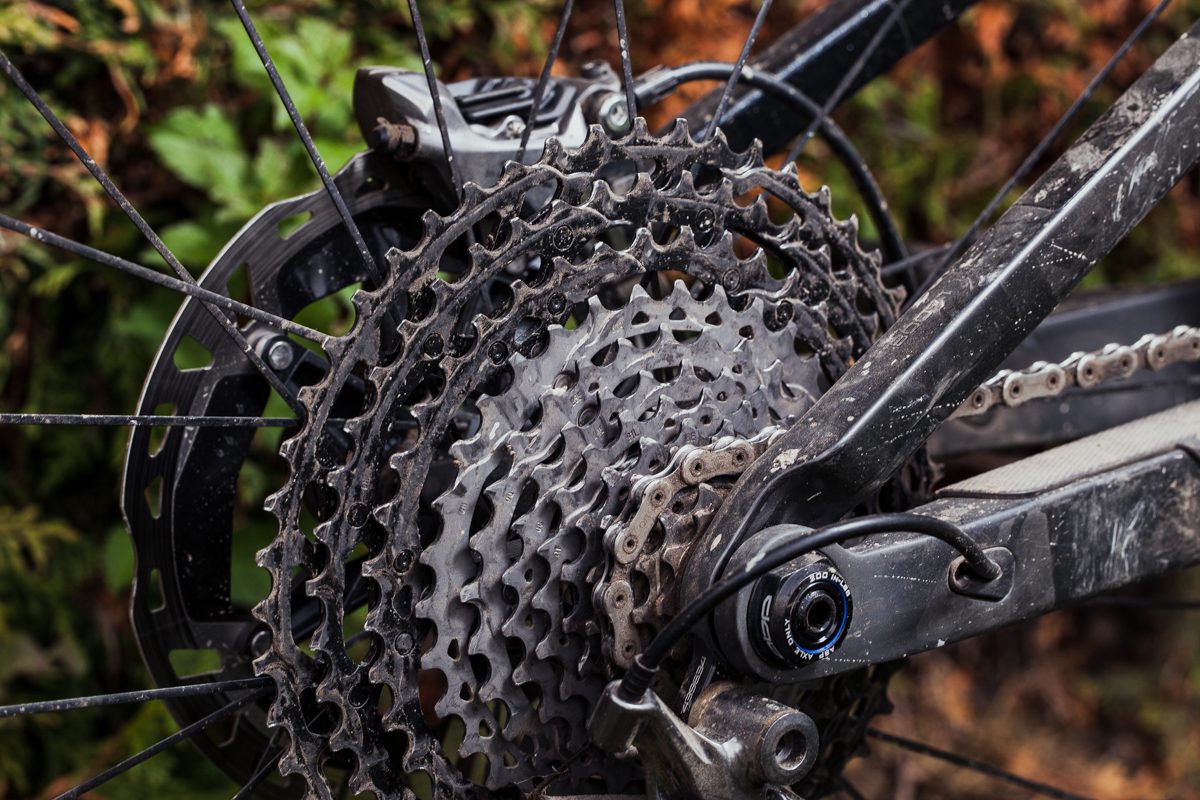 Shifter performance aside, the real magic of the new XTR comes from the chain and cog ramping that allows you to shift gears under pedalling load. When we first tried the new XTR it was in a very controlled environment surrounded by Shimano mechanics ready for any tweak or adjustment, so I was very interested to see if we would be able to set up the shifting to behave as well as Shimano did.

The short answer is yes! From the first ride up to this point, 800 km later the drivetrain has performed flawlessly. With the exception of a few barrel adjustments here and there as well as a small hanger alignment after some poor line choice, XTR M9100 hasn’t missed a shift. 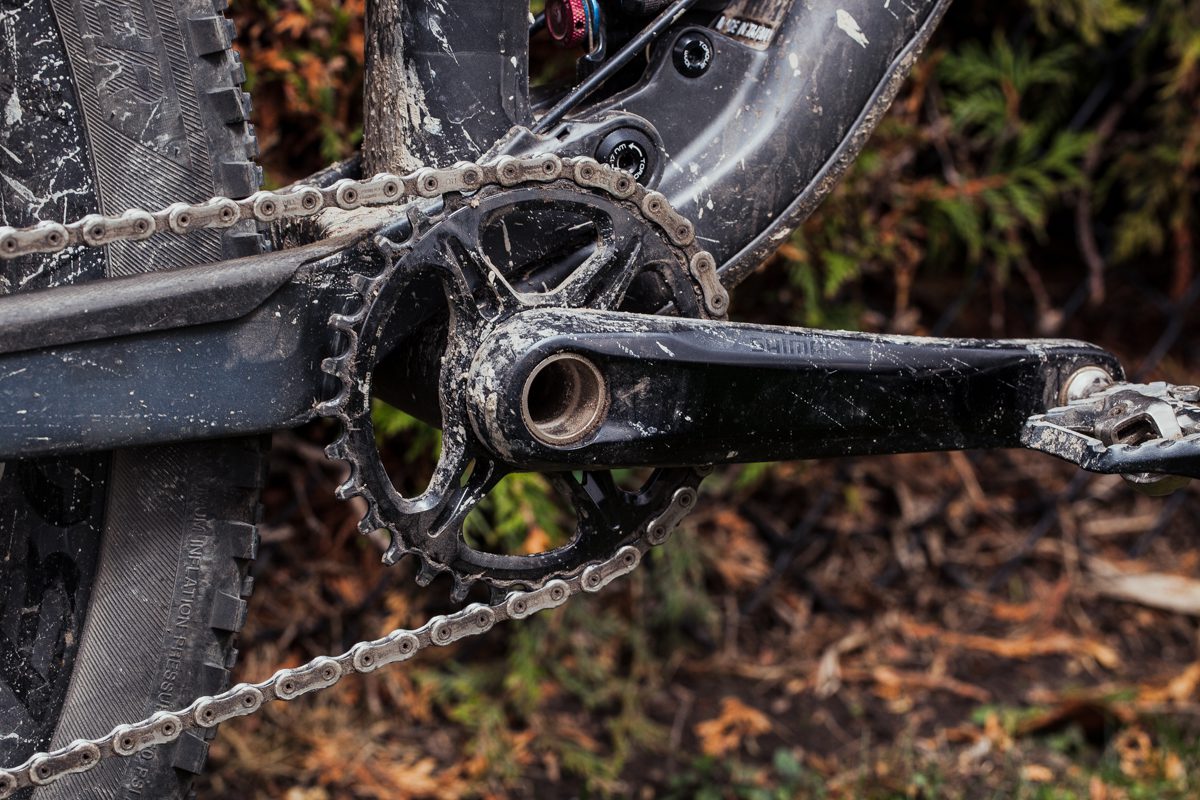 Not only that, it hasn’t missed a shift even while putting power down on steep climbs and sprints. We even tried to sabotage the shifting by mashing the lever during hard sprint and climbing to no avail. This ability to shift under pedaling load truly sets Shimano apart from any other component manufacturer and provides an advantage to the rider in almost all circumstances.

That being said, the components have also fared quite well after many kilometers of dirt and grime. The cassette is showing slight signs of cosmetic wear including some missing black paint on the three titanium cogs. Up front, the chainring has taken a few hits, but is straight and hasn’t dropped a chain yet.

It’s worth noting that I tested a non series Shimano crank because the XTR version was unavailable at the time of our build. Shimano did send us an XTR crank and we have put a few kilometers on it with no issues so far. 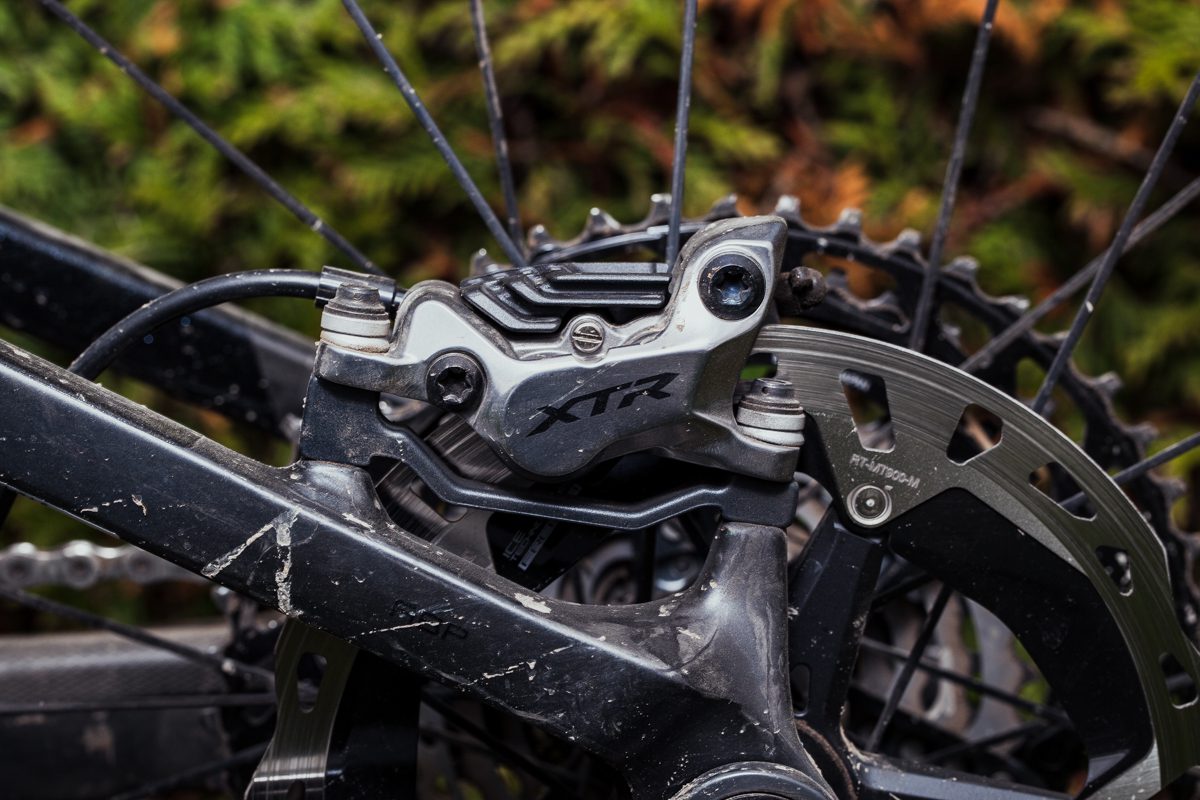 We went with the four piston trail brakes on our test bike which may be a little overkill for a Trek Top Fuel, but more power is well…better. The new brakes have no lack of power, which is partially why you see them on a host of pro DH bikes. Shimano brakes have been characteristically a little bit on/off when it comes to feel, but the new version offer more modulation. The power comes on strong, but it’s much easier to control compared to the previous brakes.

A servo wave adjustment screw meant to alter the brake pad bite is a great feature, but after turning the screw in and out several times, I couldn’t really feel the bite point changing. However I didn’t really need to change that at any point because I did not feel any fade on long descents. The brakes are holding up well after installation and only one bleed. 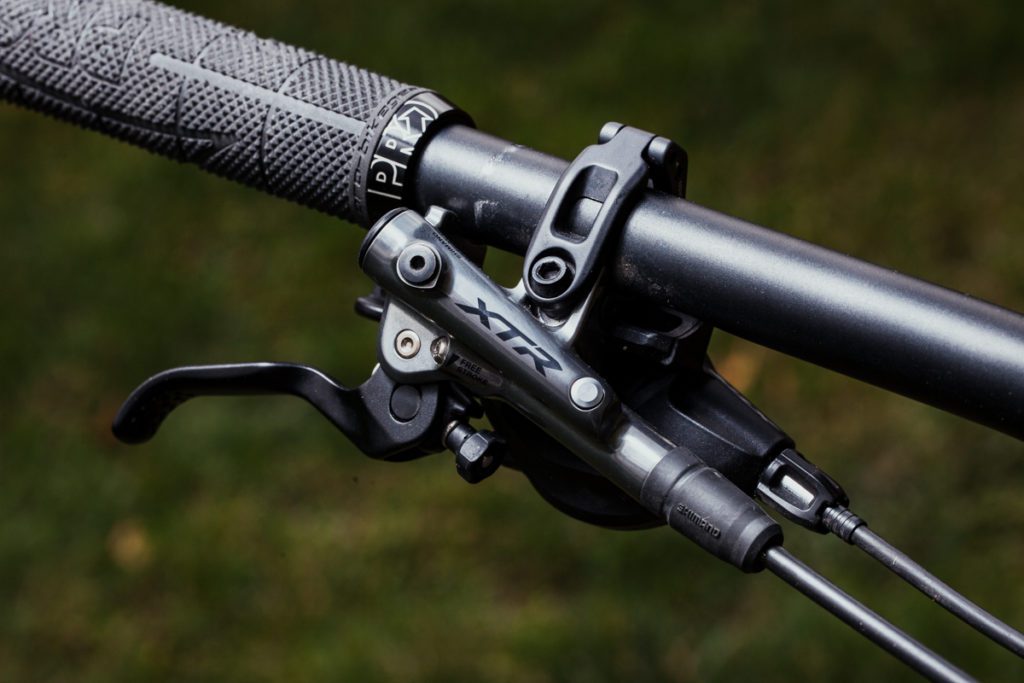 A big update to the XTR Lever sees the clamp move to the mid-point on the lever, giving better modulation and requiring less effort at the lever. 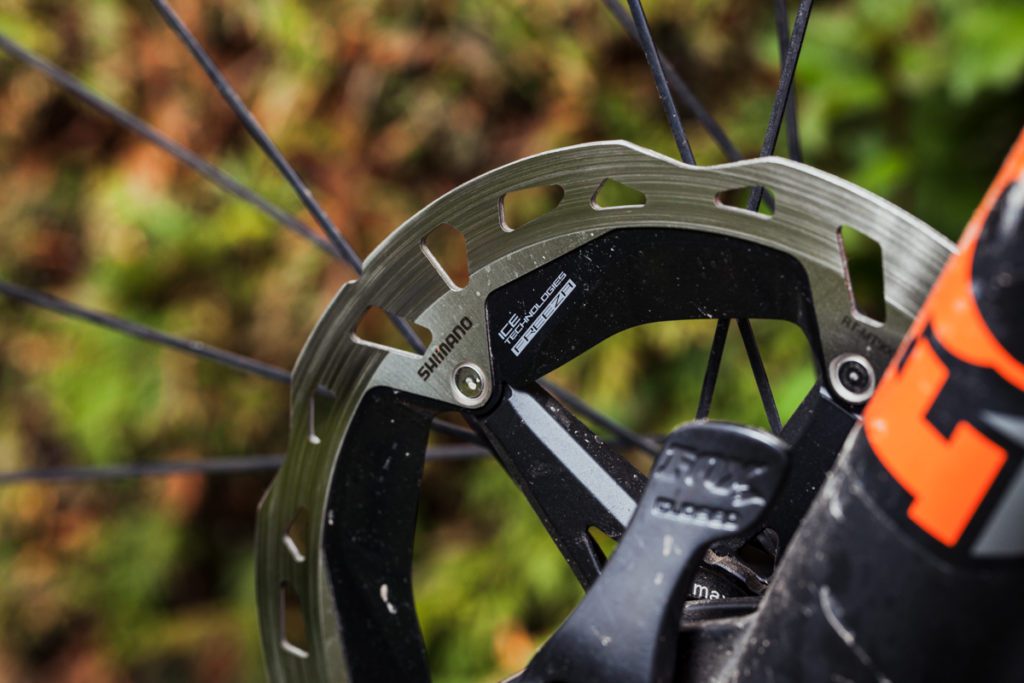 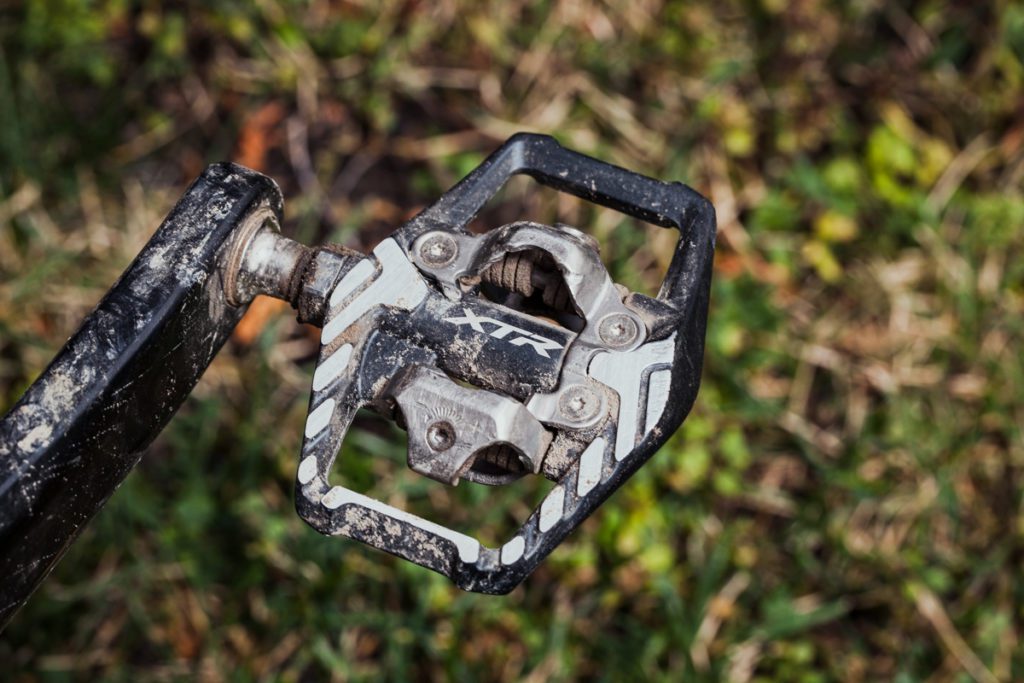 Shimano updated the XTR Trail pedal to give it more platform than previous versions. 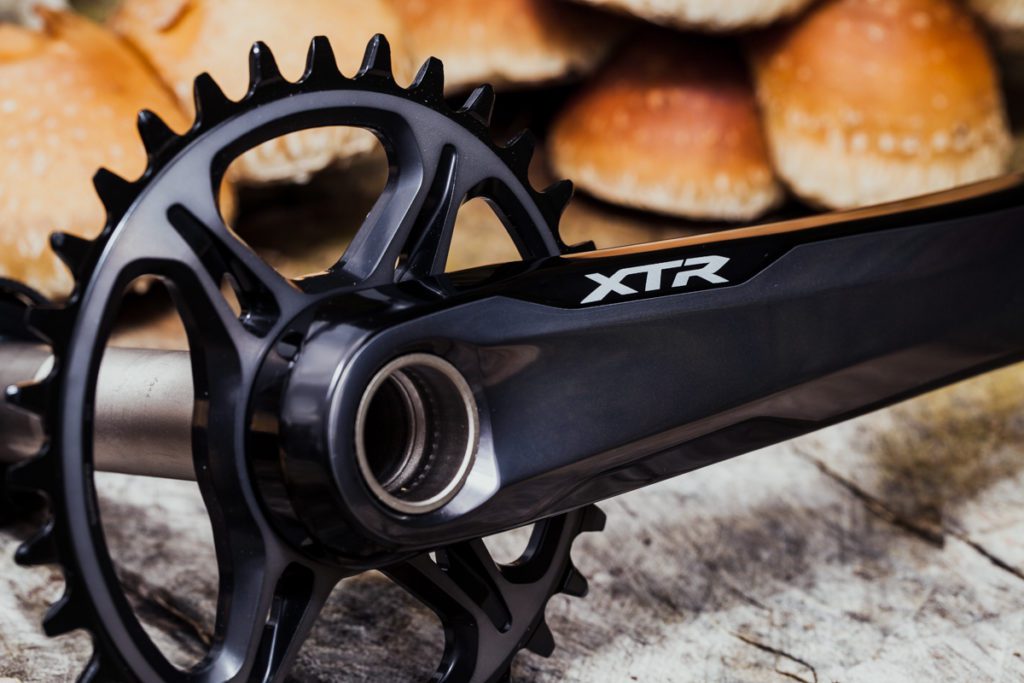 We've put some kilometres on the 9100 series XTR crank since it arrived, and it is performing as expected so far. 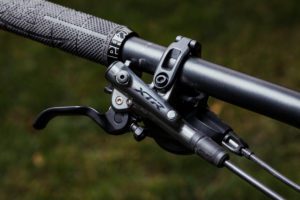 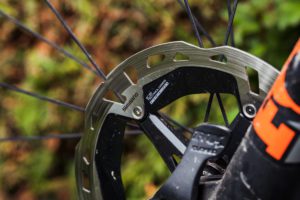 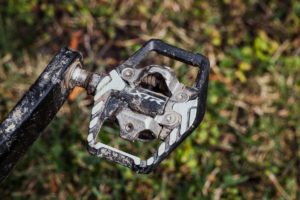 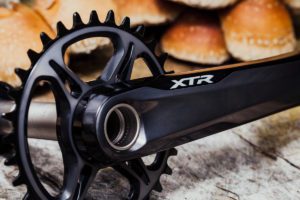 It’s good to see that Shimano’s race focused XTR is holding up well after a full season of riding. Often times component manufacturers will choose weight savings over durability in their race oriented products, however Shimano seems to have found a good balance with the New XTR M9100.