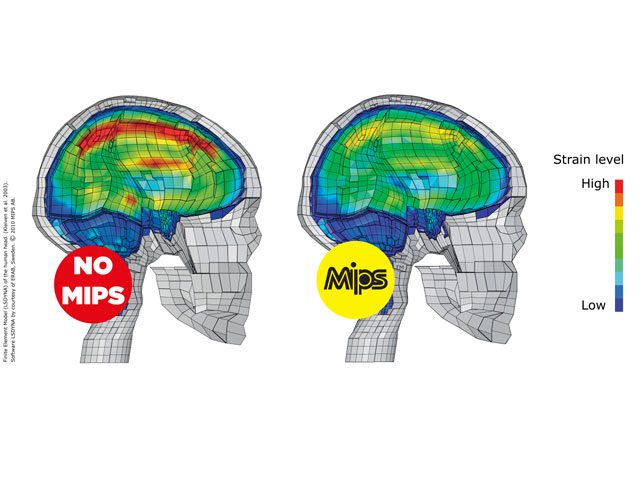 The worst happens and you go sailing over your handlebars. Down you come. Your helmet hits the ground taking the brunt of the impact, protecting your head. Depending how you land, the helmet might have absorbed most of the forces. Then again, there may be some forces the helmet couldn’t take care of.

More than 15 years ago, Hans von Holst, a Swedish neurosurgeon, found that helmets didn’t seem to provide adequate protection. He teamed up with Peter Halldin, a scientist from the Royal Institute of Technology in Stockholm, with the hope of making helmets more effective. You see, most helmets are very good at protecting you from a force that comes directly at them. However, an accident rarely features a direct, linear force. Often, the helmet, and your head, come at the ground at an angle, which results in damaging rotational forces.

The brain can twist inside your skull, which can lead to concussions, internal bleeding or nerve damage. Halldin and von Holst wanted to address these rotational forces. “What they came up with was an insulation, which is now called MIPS,” says Mattias Eidelbrekt, product business manager at MIPS, a small six-person company based in Stockholm. “At impact, the low-friction layer on the inside of the helmet can rotate up to 15 mm, independent of direction, to reduce those rotational forces substantially.”

You can’t tell a MIPS helmet from the outside. But once you look under the lid, you’ll see a thin, often yellow, plastic layer. The foam pads that press against your head are attached to this layer, which rides off of the inner wall of the hard helmet shell. The weight the extra plastic adds to the helmet is very slight. During an impact, MIPS can absorb 20 to 40 per cent of the rotational forces, which is a significant reduction.

MIPS first appeared on equestrian helmets in 2007 and then made its way to snow-sports and cycling helmets in 2009. Not only are more cycling helmet companies set to come out with MIPS products, there are plans afoot to get the technology into motorcycle, hockey and football helmets. 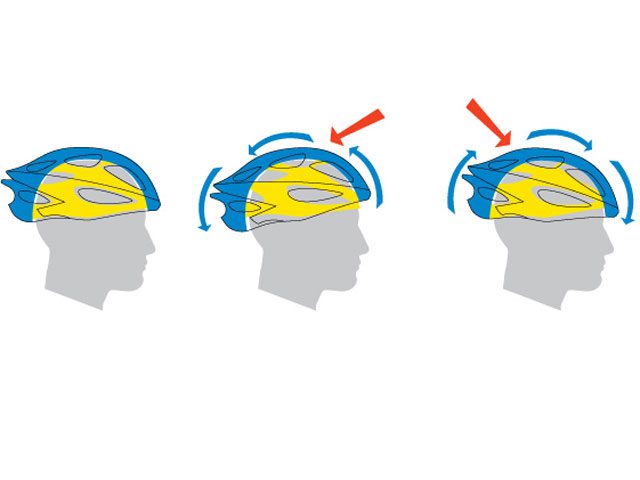 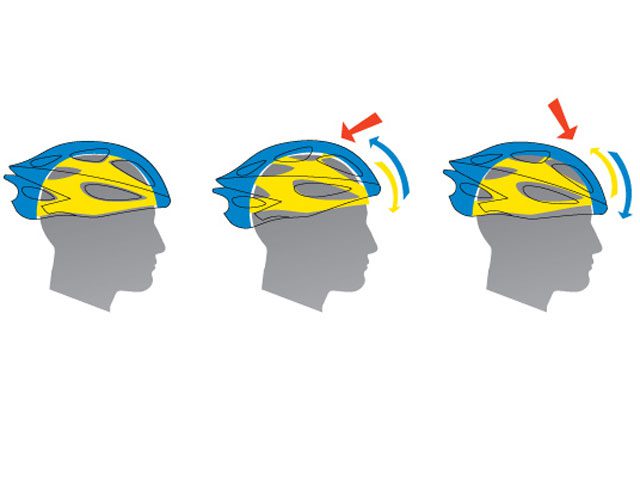 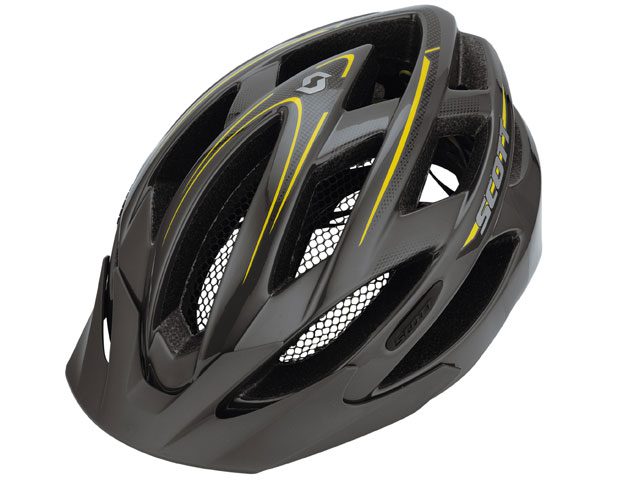 Scott Taal $100
Scott was one of the first companies to incorporate MIPS technology into its helmets. The Taal is its top-of-the-line offering. It has everything most riders would expect in such a helmet: excellent ventilation, easy adjustment, a removable visor and a secure fit. The helmet also features an understated look that allows it to transition easily between road, trail and urban use.
(scott-sports.com) 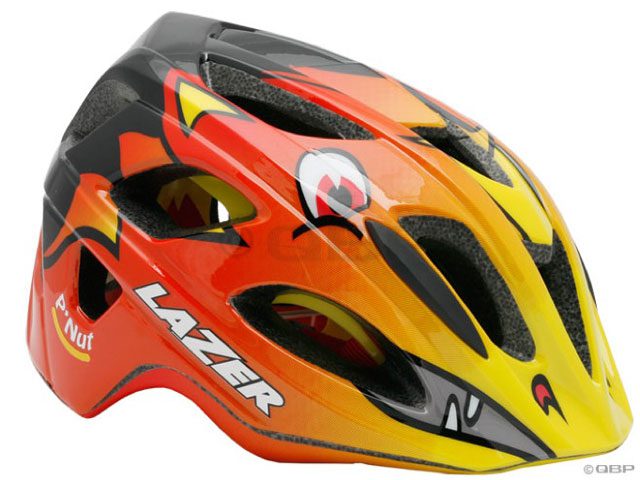 Lazer P’Nut with MIPS $65
The P’Nut brings head-saving MIPS technology to children’s helmets. To make the helmet a little more enticing for the little ones, Lazer offers the P’Nut with colourful graphics and even optional shells that allow for quick changes to the helmet’s appearance. (lazersport.com) 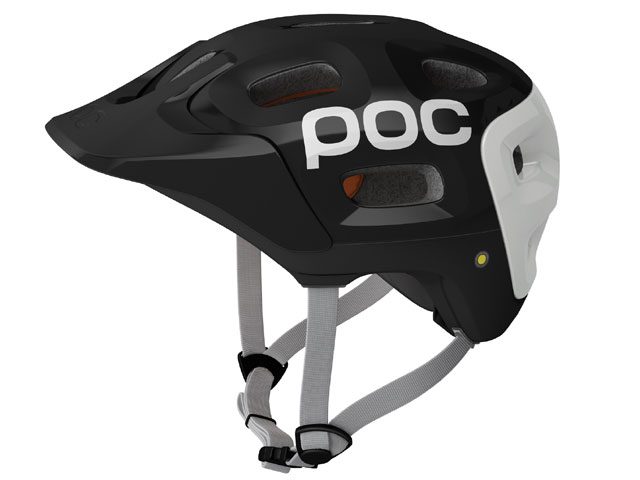 POC Trabec Race MIPS $280
With the Trabec Race MIPS’s extensive head-covering shape and MIPS construction, the helmet is an excellent choice for off-road riding or commuting. POC reinforces the EPS foam core with aramid filaments, which help prevent the helmet from shattering during impact. The tough polycarbonate shell protects the energy absorbing core. An adjustable visor protects the rider from the elements and 16 vents provide cooling comfort on hot rides. (pocsports.com)