When the Peloton Bike+ arrived, I was ready to rip into it. Pre-pandemic, I had written articles critical of the cost of the indoor bike training platform. I didn’t expect anything revolutionary.

Setup was straightforward. I clicked through the relatively user-friendly onboarding on the massive rotating screen. On the homepage, I was met with the option to join all kinds of classes—mainly spin but also other activities like barre, weights, core and yoga.

Before I joined a class, Peloton prompted me to join some hashtag groups. Popular options were groups such as #PelotonMoms (165,157 members), #Pelo4Wine and #TogetherWeGoFar. Groups also existed to make a statement: #BlackLivesMatter and #WearADamnMask were trending. I am neither Pelo-ing for wine nor a mom, but I did join #BlackLivesMatter, #WearADamnMask, #PelotonCanada (11,624 members) and #PelotonZwifters (21 confused members, including me).

GUIDE: What to look for in an indoor trainer (and why you should buy one now)

I put on the Peloton shoes (which are actually comfortable—so comfortable that I may refit them with Shimano cleats) and clipped in for my first class. The classes are either pre-recorded or live. I found the live classes provide the most immersive experience. Throughout the ride, the instructor gives individual shoutouts to some of the thousands of riders from around the world. There’s also a virtual high five-system I never figured out. 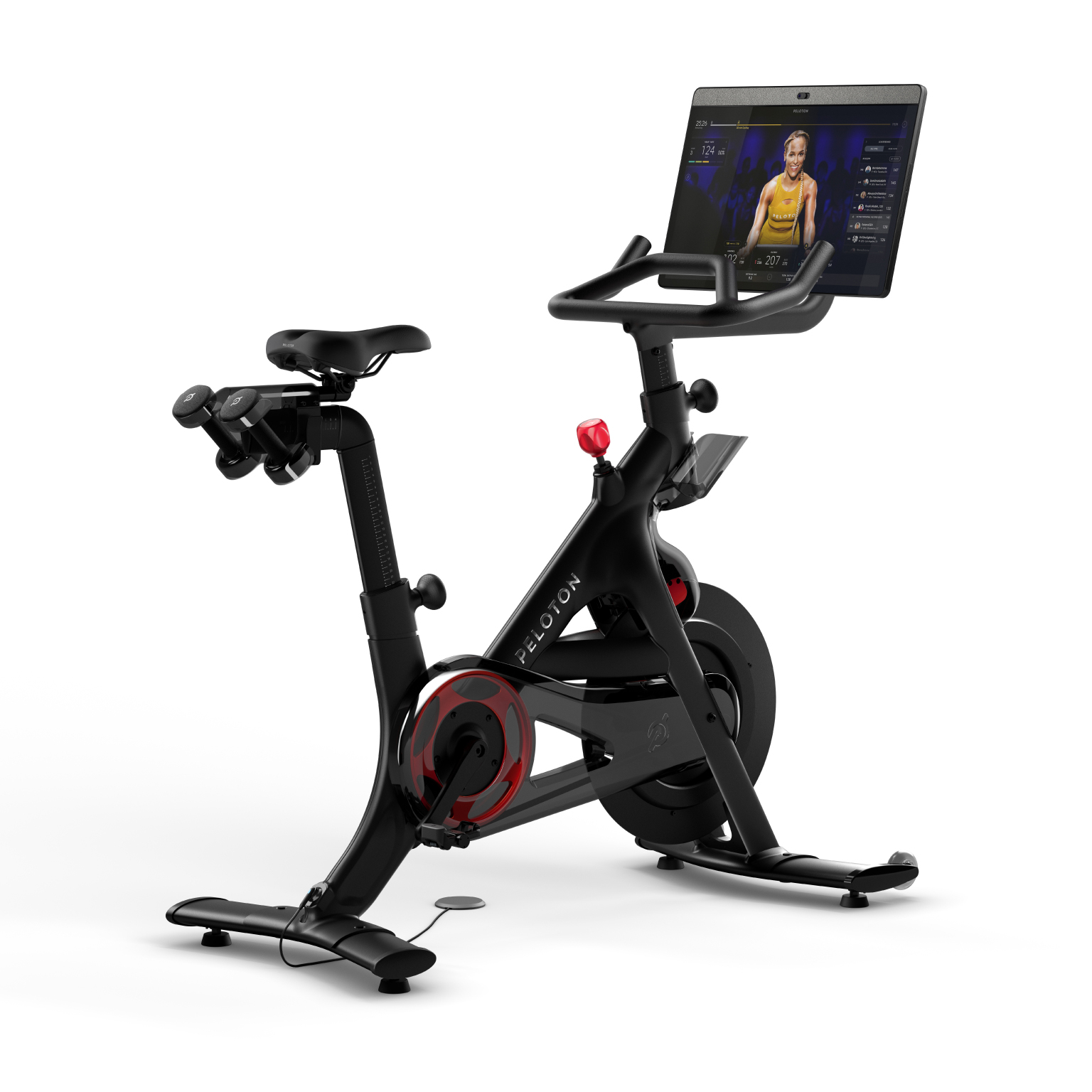 The best part of live classes (at least for anyone competitive) is the virtual leaderboards. You can see your live ranking and sort the leaderboards by a number of factors: gender, age, hashtag groups and more.

The leaderboards really made me push myself—I felt a visceral need to beat Sunnysusie_ from Huntington Beach. The ranking goes by the frustrating metric of calories burned (which is heavily influenced by body size) but I was still determined to burn the most calories as I kept my eyes glued to my ranking number on the right side of the screen.

The Peloton bike uses power, and after taking a 20-minute “power zone FTP” test, you can set your power zones to display during rides, which some instructors will use as guidance throughout their workouts.

My first ride was with an instructor who was pumping up the riders with inspirational messages and not really focusing on power zones. I rolled my eyes at the genuine positivity of the whole thing. It seemed so emotional and lovey, and I was used to sports being more hard and aggressive.

REVIEWED: 4 top indoor trainers for the winter and beyond

When I finished the ride, which uploaded automatically to Strava, I opened the app and went to make the activity private. Then I paused and took a moment to wonder why I would be embarrassed if other cyclists saw I’d ridden a Peloton. Sure there’s the cost of it, but I’ve ridden bikes that are much more expensive than a Peloton so that clearly wasn’t it.

A cyclist’s hangups with the Peloton bike

As cyclists, many of us see indoor spin bikes, ebikes and other non-traditional forms of cycling as “less-than.” Spin classes like SoulCycle and indoor bikes like Peloton are just incomparable to riding your bike outside, powered purely by physical strength and will. In my time as a cyclist, I’ve found it easiest to present myself as “one of the boys,” taking on many of these ‘harden up’ type perspectives perpetrated by those I respect in the sport. 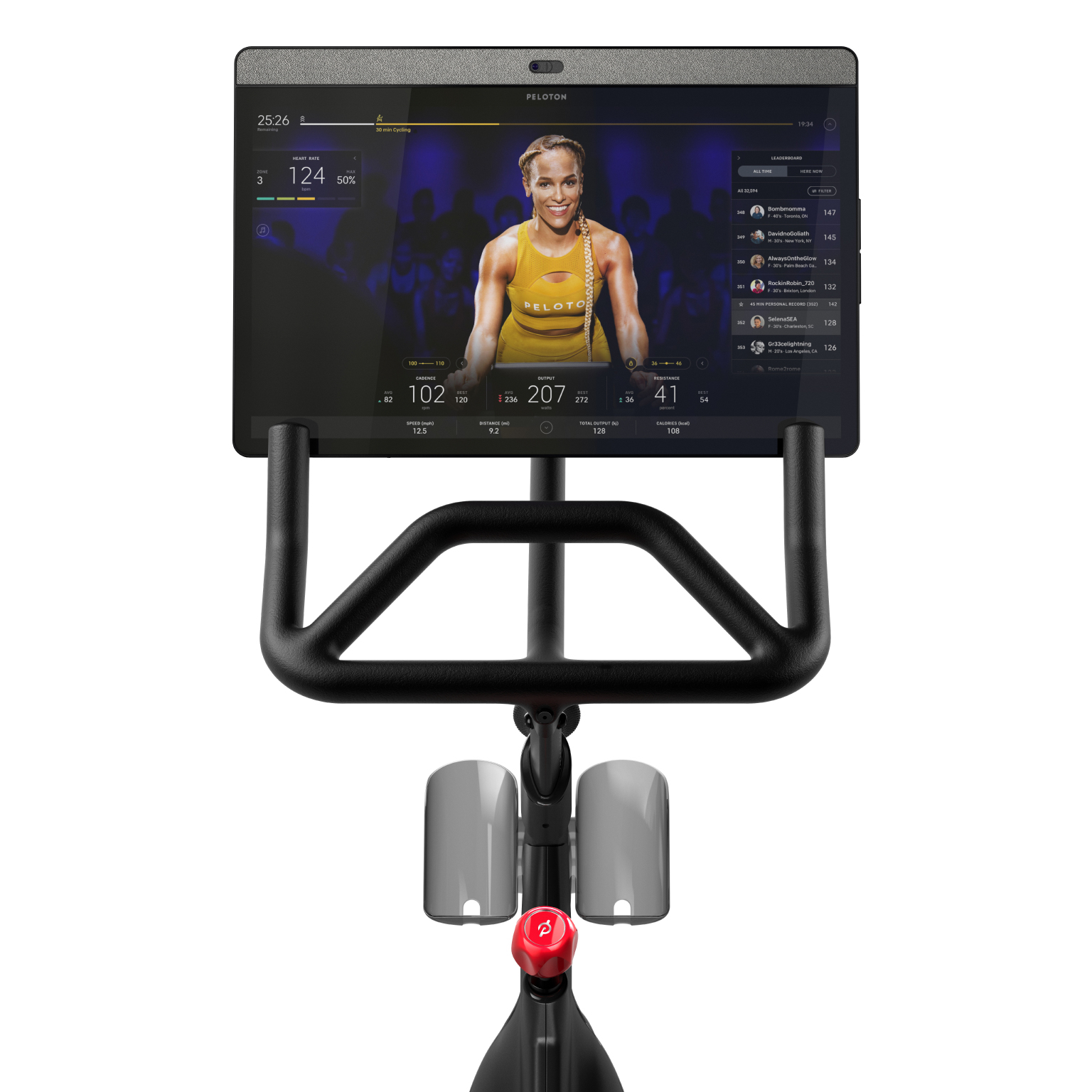 It’s no coincidence that #PelotonMoms has more than three times the members of #PeltonDads. Spin classes are overwhelmingly more popular with women than men. Many have developed into a cathartic space where instructors compare the work on the bike to pushing through difficulties in life. On these bikes, you personally control the difficulty dial and you choose how hard you’re willing to push yourself. That’s a lot to handle from a traditional sports perspective—speaking about emotions, female-dominated classes and no rigid system of competition. It doesn’t fall into the classically defined space of the male-dominated cycling world.

Toxic masculinity, in its many forms, is so embedded in sport that I didn’t even think twice when I judged the Peloton instructor for being too soft.

The feminine aspects of spin bikes are used to de-value the sport and the exercise itself. A 2017 Observer article titled “Bros on Bikes: What’s the Manliest Spin Class?” talks about the embarrassment of going to SoulCycle as a man. According to the article, a more manly spin class has “instructors [who] are more like boot camp sergeants than woo girls” and “isn’t what one thinks of when they imagine a gaggle of Sex and the City superfans getting in some cardio before brunch.”

For many, a sport like cycling, packaged in its traditional manner, can seem inaccessible. If you’re not already athletic, don’t know anyone in the community or don’t have the time to spend hours researching the best components and figuring out how to set up an indoor trainer, cycling as exercise can be hard to break into.

GUIDE: How to get into the world of virtual cycling

One of the 165,157 #PelotonMoms, who might have 30 minutes in her day to herself doesn’t have time to spend 15 minutes trying to figure out why her Zwift app isn’t communicating with her trainer but is linking with her heart-rate strap.

From the perspective of time-efficiency and user-friendliness, it’s not surprising that Peloton has become such a popular platform to get a quality workout from home.

Speaking as someone who has done Zwift and TrainerRoad workouts, I found some Peloton workouts just as hard as those platforms. The incredibly addictive gamified Peloton platform has trophies, streaks and community integrations that make it great for motivating new and longtime users to keep coming back and exercising.

The key to understanding Peloton is realizing that there truly is an instructor for everyone.

I thought the celebrity status of the instructors was weird until I realized that finding the right coach can genuinely change your Peloton experience. While the positive affirmation-type rides weren’t for me, the power zone rides actually made me dig deep and push myself way harder than I expected.

The weight training and core classes, done on a mat next to the bike, are great for getting into upper-body workouts (something I definitely need to do more of as a cyclist). The classes are rated at different levels so it’s easy to figure out which one might be for you. 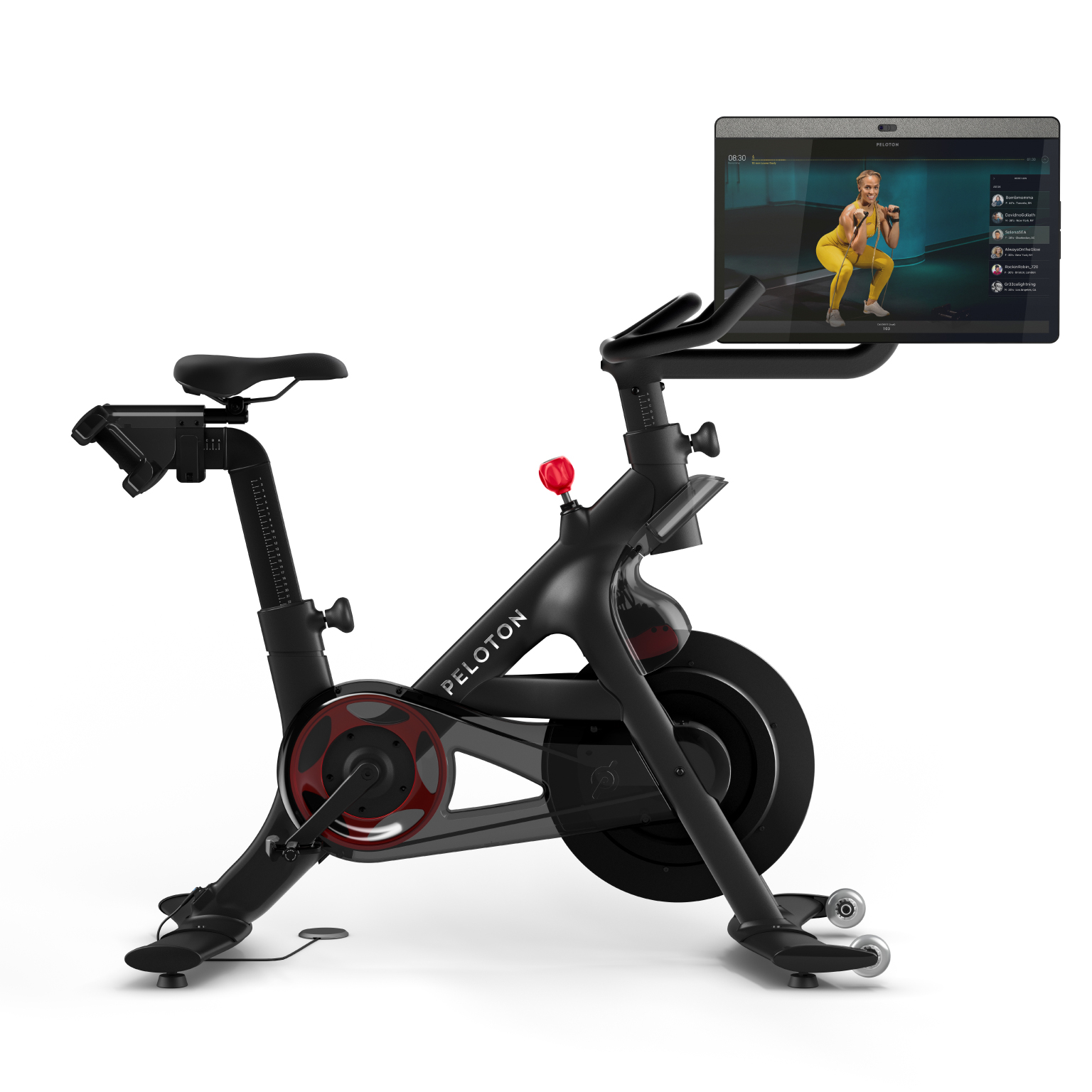 Is it worth it?

The company has a calculator to help you figure out how much you’ll be “saving” when buying the bike. Compared with the high cost of some spin classes, the Peloton actually makes a lot of sense. During the pandemic, even more so. Is it still expensive? Yes. But framed against the high cost of many gym memberships and spin classes, even I’m willing to admit that it isn’t too outlandish.

The Peloton wouldn’t be my first recommendation to someone looking for very structured, road-specific winter or indoor training. That being said, for many cyclists who just want to stay fit during the winter, the Peloton would definitely help them do just that. The non-cycling classes on the Bike+ would even be a great way to diversify a training plan. Faced with a choice between the Wahoo Kickr bike and the Peloton Bike+, I would probably go with the Peloton, as it can simply do more.

The Peloton experience surprised me. I think I was far too harsh on its supportive community of people who are simply enjoying exercising in a way that works for them. I think that cycling needs to be more inclusive, and that also means being open to a variety of training options that aren’t designed just for the “traditional” notion of a road cyclist.