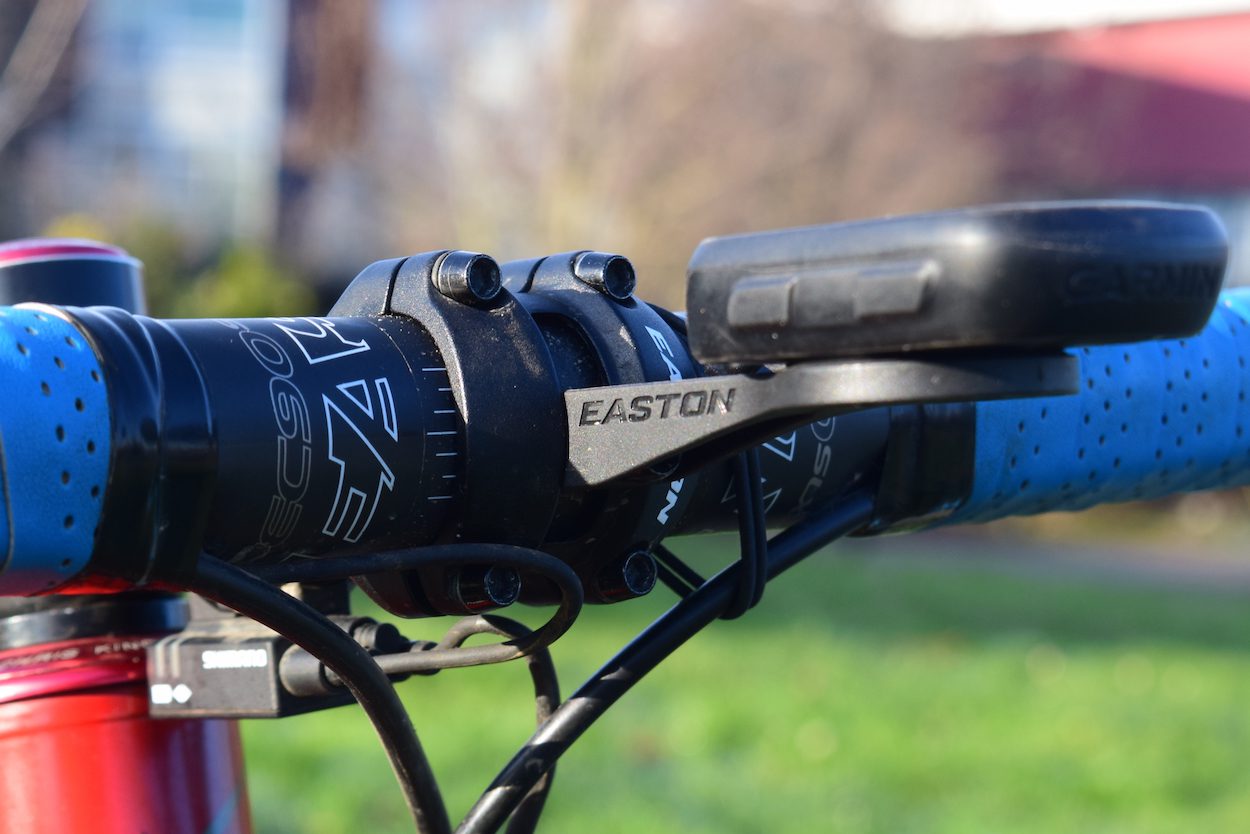 Easton is excited about its new ISA range of seatposts and aluminum ICM stems. Stems and seatposts may not seem like the most dramatic components to review, I know. They are both components that when they work, work so flawlessly they disappear. On the other hand, both components can be endlessly frustrating when they don’t work or when they’re a pain to install.

I tested a EA90 stem and the EA90 ISA seatpost to see if Easton’s latest components solved problems or added new frustrations. 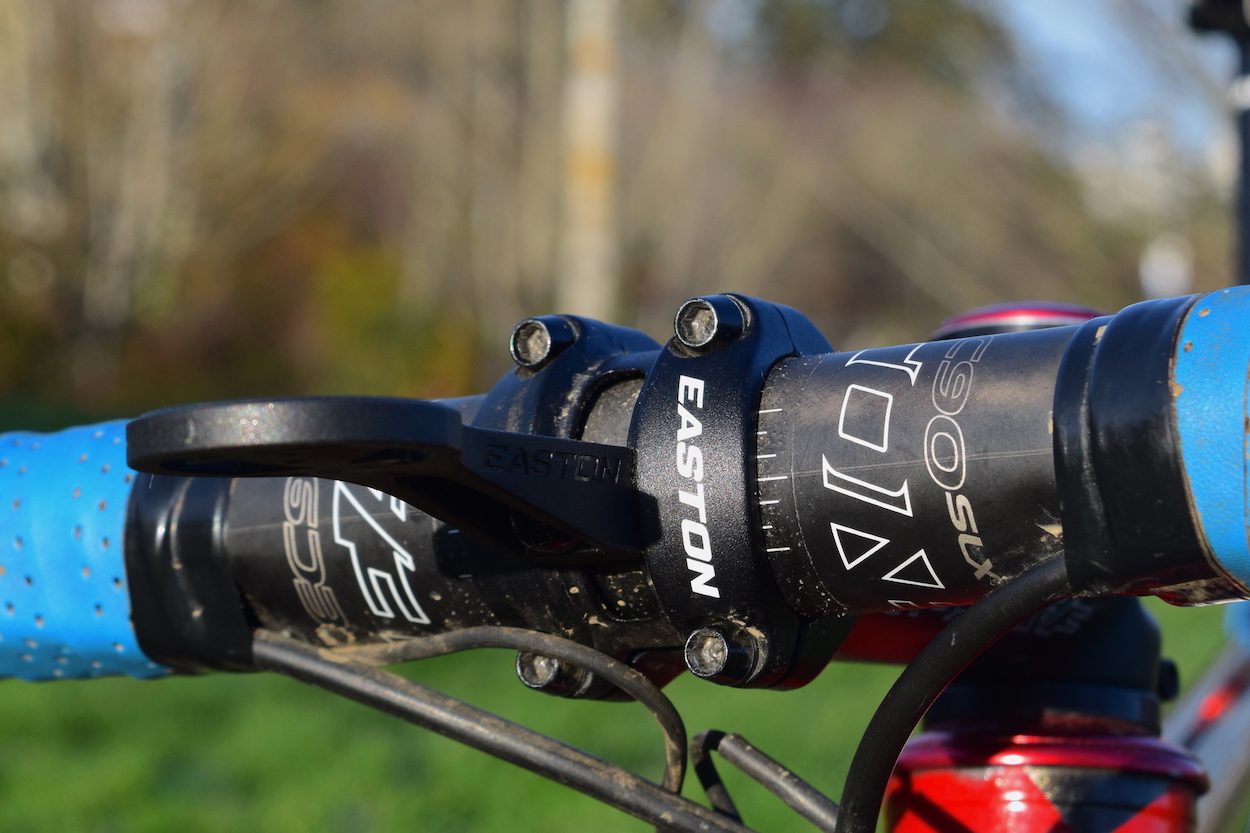 So what’s new that has Easton excited? The brand’s new EA90 stem, which also comes in the EA70 and EA50 range, features an optional, ICM – which stands for Integrated Computer Mount. The ICM attaches directly to the stems faceplate, eliminating the need for an extra computer mount. Currently, the ICM is only compatible with Garmin mounts. Easton has increased the EA90 stem’s boom width, to make a stiffer stem, while also cutting the aluminum stem’s weight down to just 120 grams in the 100mm length. 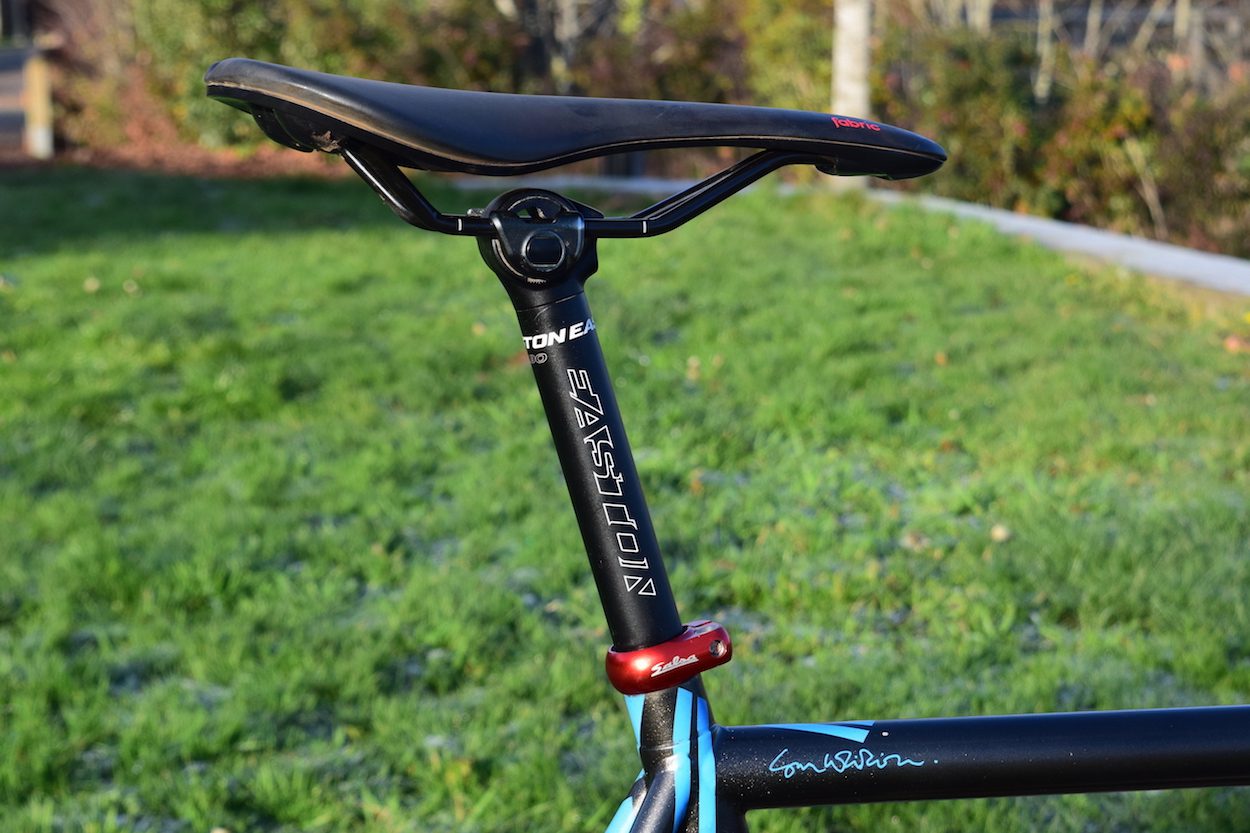 At the other end of the bike is Easton’s new EA90 ISA seatpost design. Like stems, seatposts are a component that seems simple, yet there are endless variations on the simple mechanism attaching the seat to the post. Easton’s patent pending ISA technology – which stands for Independent Saddle Adjustment – looks to make saddle adjustments easier by isolating saddle angle and saddle fore-aft adjustments. Two bolts work to lock saddle angle into place, while a third, separate bolt clamps the saddle rails in place.

The three-bolt system allows for independent adjustments to saddle angle and position. Unlike standard two or one bolt desings, once you find your perfect saddle angle, you can still move the saddle fore and aft without worrying about resetting angle. The opposite is also true: you can make saddle angle adjustments without disturbing the position fore-aft.

The EA90 ISA post comes in a  Zero or 20mm Setback post. For those looking for a lighter weight option, Easton also offers the ISA head on its EC70 SL seatpost. The carbon option brings the zero offset posts weight down from 259g for the EA90 to 210g for the EC70 SL. Given Easton’s experience with carbon it’s likely that you will eventually see an all carbon version of the ISA post. 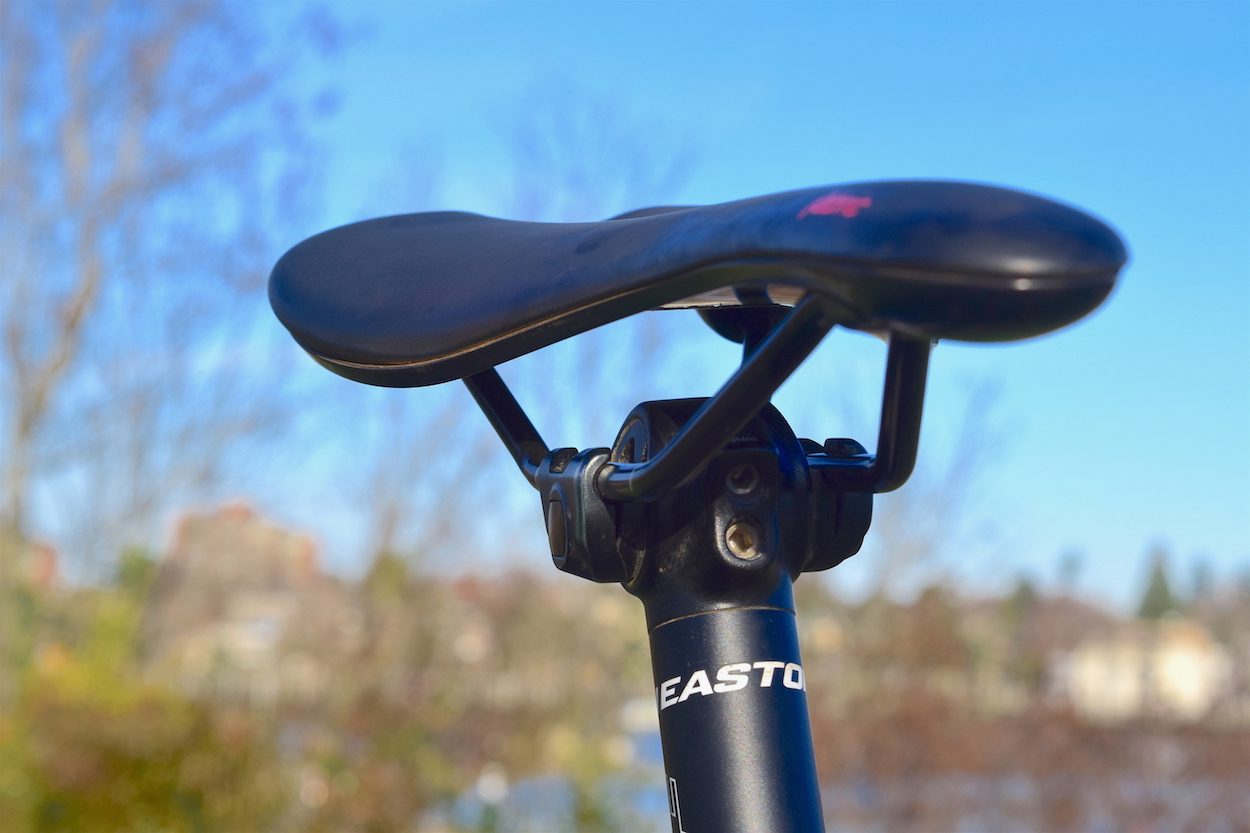 Installing the Easton EA90 ISA seatpost was simple and easy. There’s no finnicky small parts or fishing for bolts caught above the saddle rails. Loosen the fore-aft adjustment bolt enough to slide the seat on, set your saddle where you want and tighten it down. With the seat securely in place, you can move on to setting seat angle. Check that all three bolts are tight to torque, and you are good to go. Any small adjustments to get it just right were easy. The angle adjustment bolts are tucked under the seat, but still easy enough to reach that you can make small adjustments mid ride. Positioning them forward facing on the post also helps keep them clean of debris.

New seatpost announcements don’t exactly make waves in the cycling media, but I honestly think Easton’s ISA is an improvement on the seemingly straightforward task of attaching a saddle to a post. It’s simple, it’s easy to adjust, and it feels like a tough enough design to be durable.

Installing the EA90 stem was as easy as installing any other standard stem. The EA90 uses Easton’s existing “Top-lock” system, in which you tighten the top two bolts to torque, then the bottom two. The ICM mount is easy enough, especially if you have the forethought to install it as you are putting on your stem. The a small plate fits on the backside of the EA90 faceplate, meaning you have to remove the stem’s faceplate to add the ICM. The main mount then uses a single bolt to tighten down into position. Once installed, you can adjust the ICM’s angle without loosening the stem. 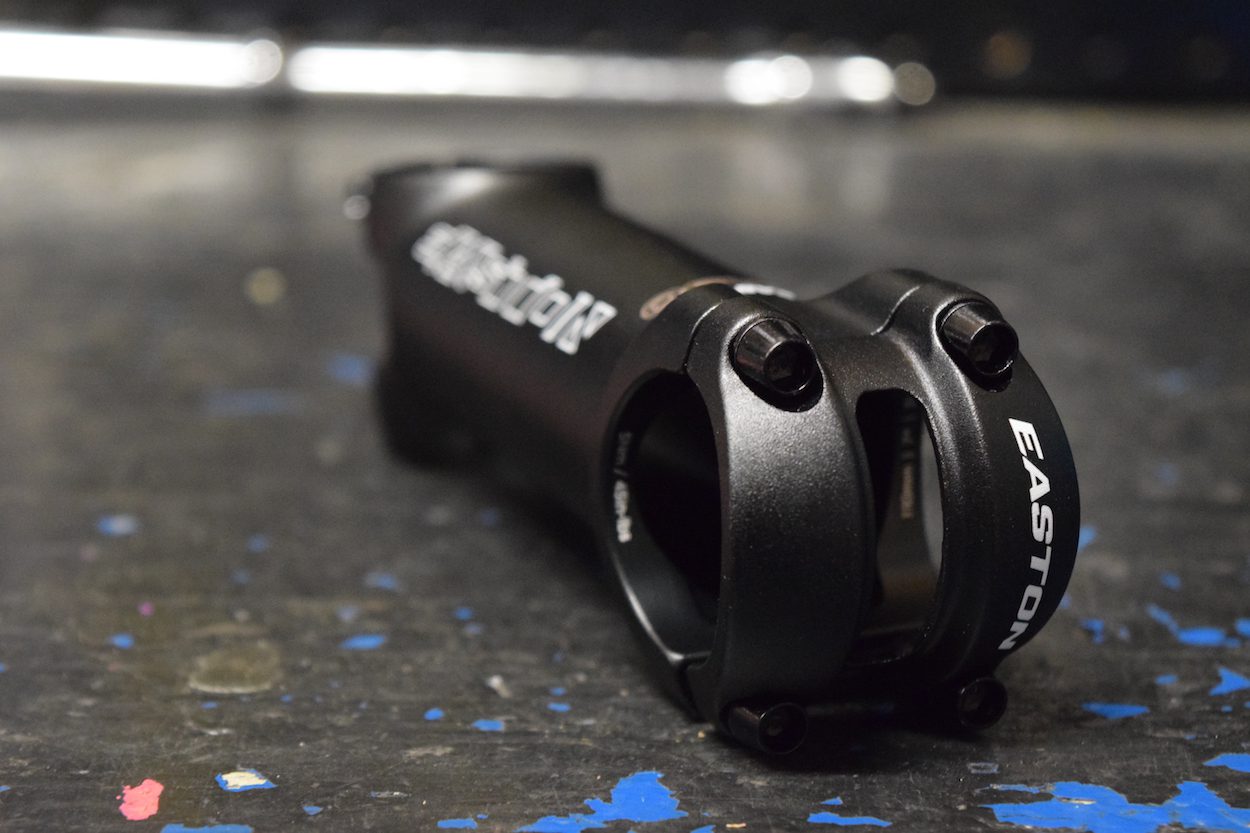 The system is sleek, and does clear clutter on the bar. If you constantly move your Garmin mount between bikes, it’s not the quickest install process. At $25, it’s probably better to get a second ICM if you’re considering moving the mount between, say, your cyclocross and road bikes. 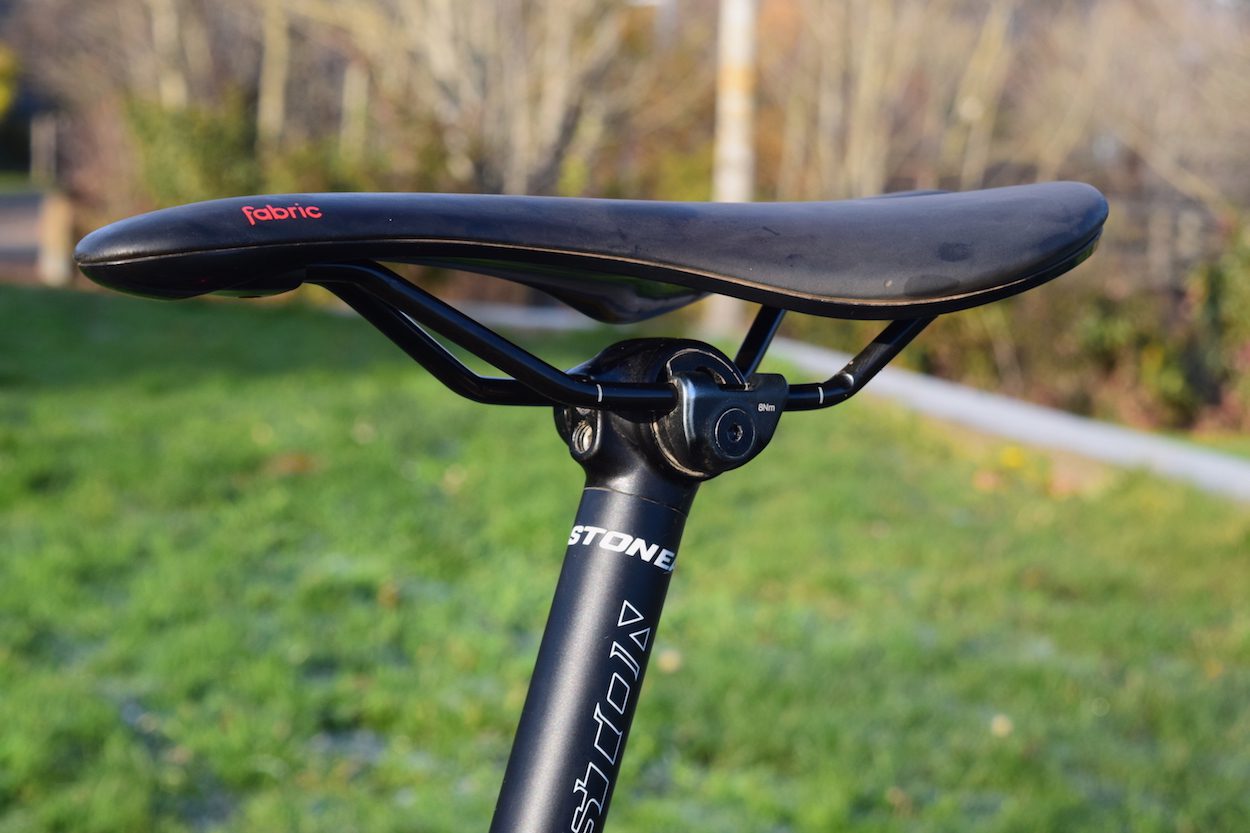 On the road, in the mud: Riding Easton EA90 ISA seatpost and EA90 stem

The test period for Easton’s new stem and seatpost started with three straight weeks of late-season cyclocross double header weekends. From installation, the parts were thrown directly into mud, snow and sand, with plenty of travel between races thrown in. Since that trial by fire, the Easton parts have enjoyed a more leisurely period of casual gravel and road riding.

I had used the test as a chance to move from a setback to a zero offset seatpost, to get a more forward position on my bike. Making the small adjustments needed to dial in the new position was easy with the EA90 ISA, even with cold fingers fumbling between frigid practice laps. Through frequent adjustments, and several less-than-smooth late-race cyclocross remounts, the EA90 held my saddle solidly in place. 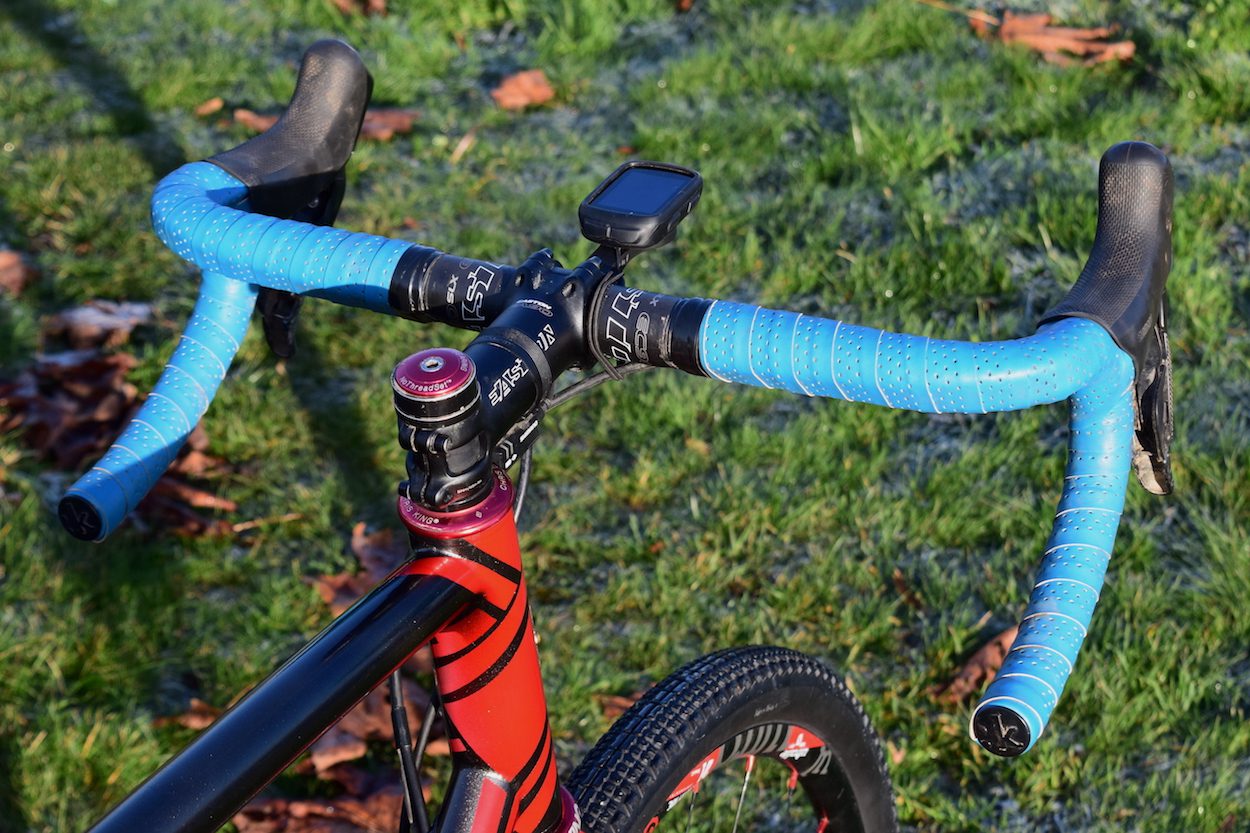 Up front, the EA90 stem was paired with Easton’s EC90 SLX bars. Through six straight cross races, the combo felt solid over rough sections and through standing efforts trying to power up hills. At just 12g, the ICM seems incredibly light, but it has held solidly in place so far.

With plenty of travel during the test period, including packing my bike for flights, I did get a reminder to check that there is still carbon assembly paste on the stem if you’re using carbon bars.  On the third week, the bars did slip a little on a hard landing (West Coast cross races have some “unique” features). After re-applying carbon assembly paste and making sure the stem bolts were right up to torque, the bars have held firmly in place since. 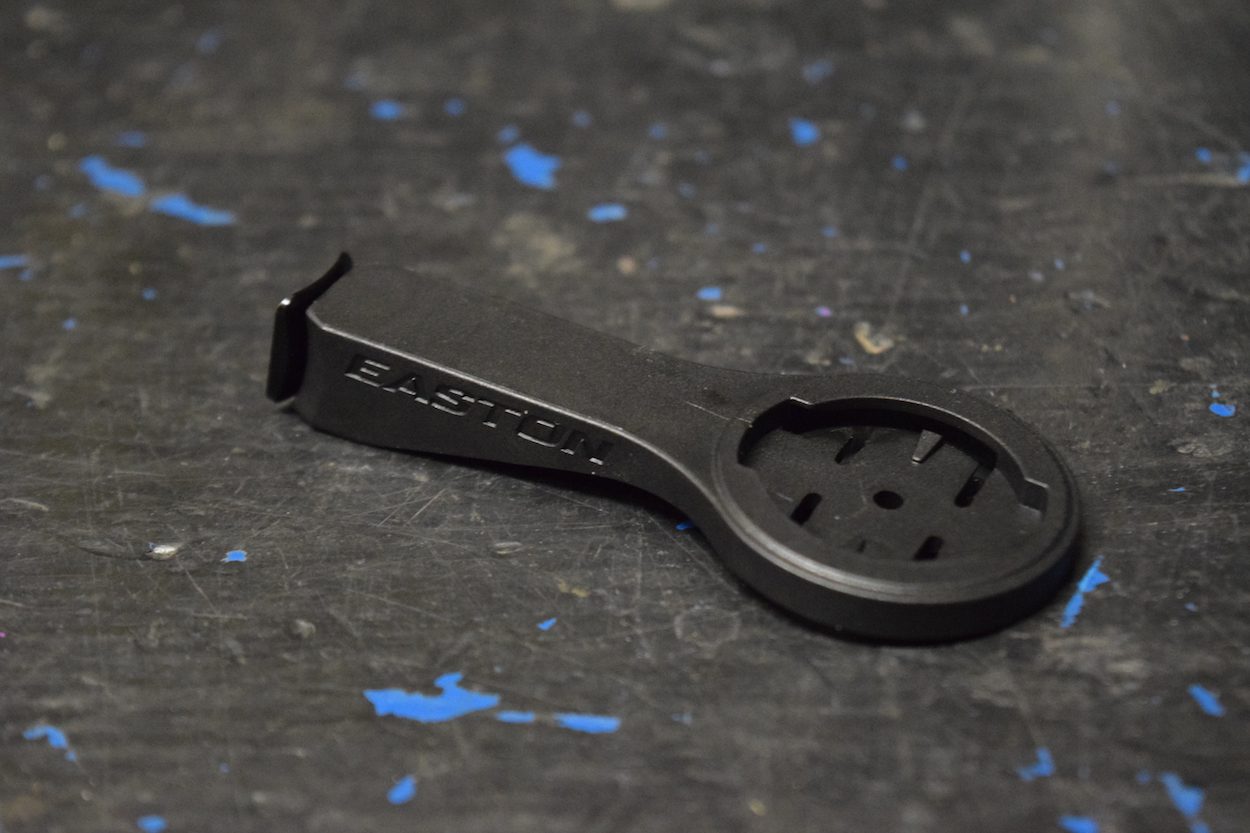