In my review of the Favero Assioma Duo power meter pedals, I said that my biggest (and only) issue with the pedals was that they weren’t compatible with SPD-SL cleats.

Just a few weeks later I found out that the rumours were true: Favero would be releasing a new power meter that I could test without switching to Look cleats again. I was very pleased.

The Assioma Duo-Shi cost about $740 (Assioma converts Euro to the current CAD rate when you buy it) which makes it incredibly affordable in terms of power meters, though there is a small catch.

The Assioma Duo-Shi isn’t a pair of pedals. The power meter itself is a spindle that takes the place of the spindle in your Shimano SPD-SL pedals, so you’ll already need to have a pair of pedals to use the product. 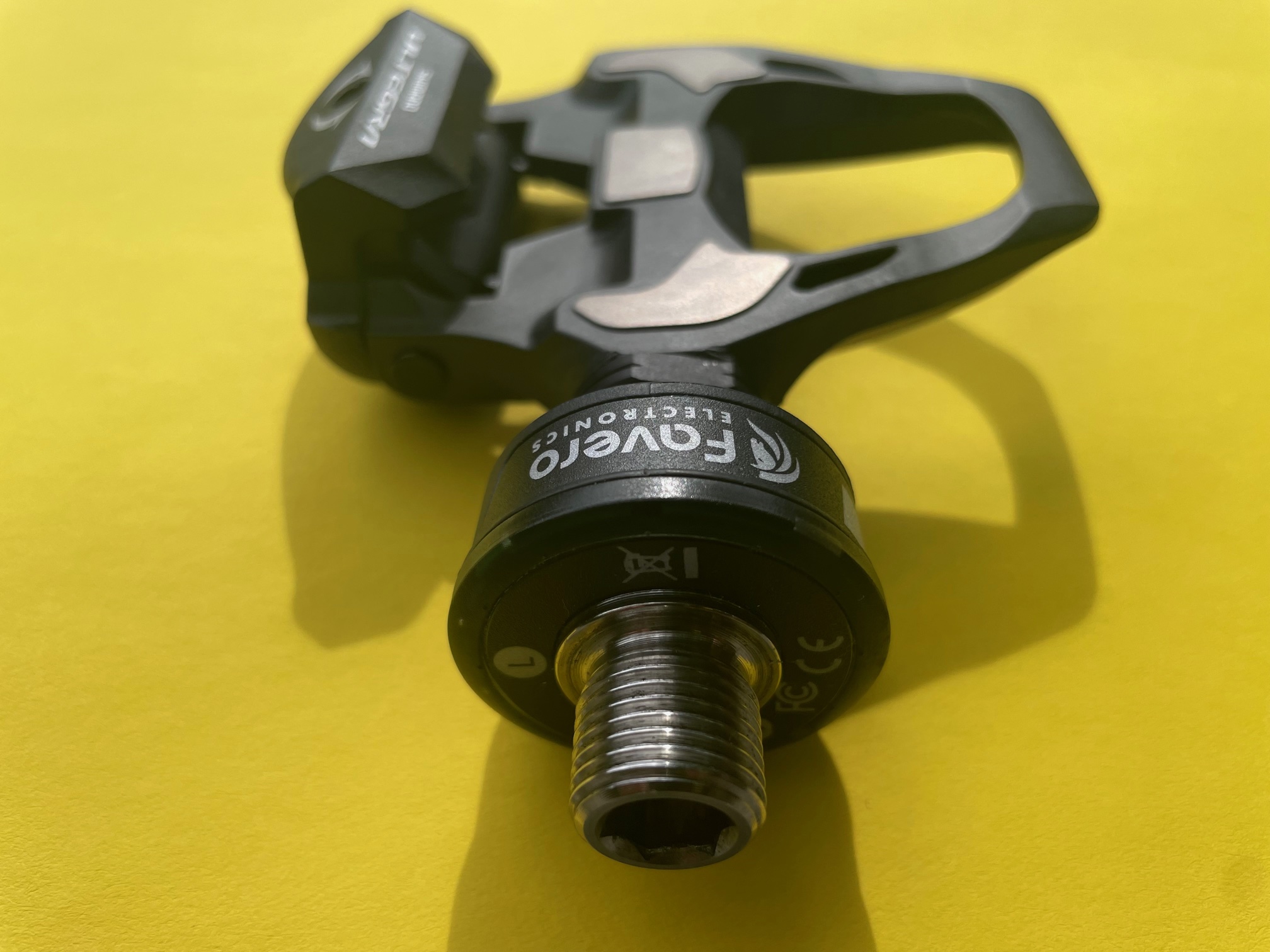 The spindles are compatible with Shimano’s PD-R8000, PD-R7000, PD-6800, PD-R550 and PD-R540 pedals. Notably, those with DuraAce platforms won’t be able to convert their pedals into power meters, as there is a spindle compatibility issue.

I tested the Duo-Shi with a pair of Ultegra R8000 pedal bodies.

I was surprised by the amount of force required to take the original Ultegra pedal spindle out of its housing. That being said, the whole process of removing the Shimano spindles and replacing them with the Assioma Duo-Shi spindles took under 10 minutes, including triple-checking the instructions to make sure I was turning everything in the correct direction.

When I finished screwing in the Assioma spindle, I thought that it looked a bit longer than the original Shimano one, but figured the pods might be messing with my perception of size. 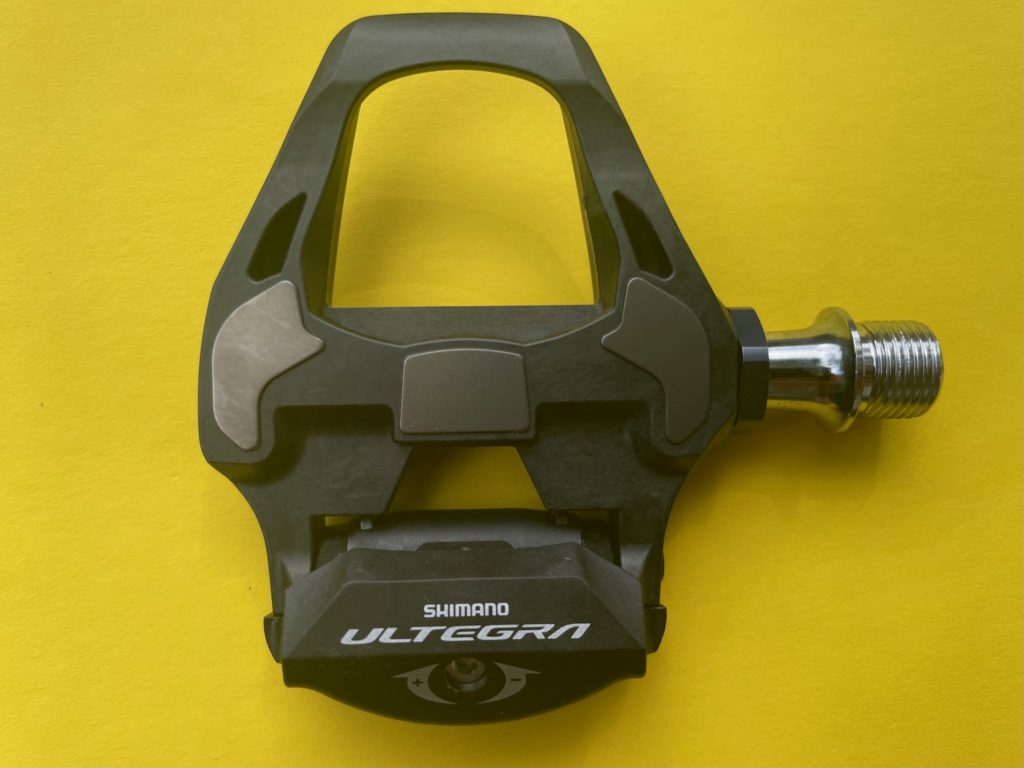 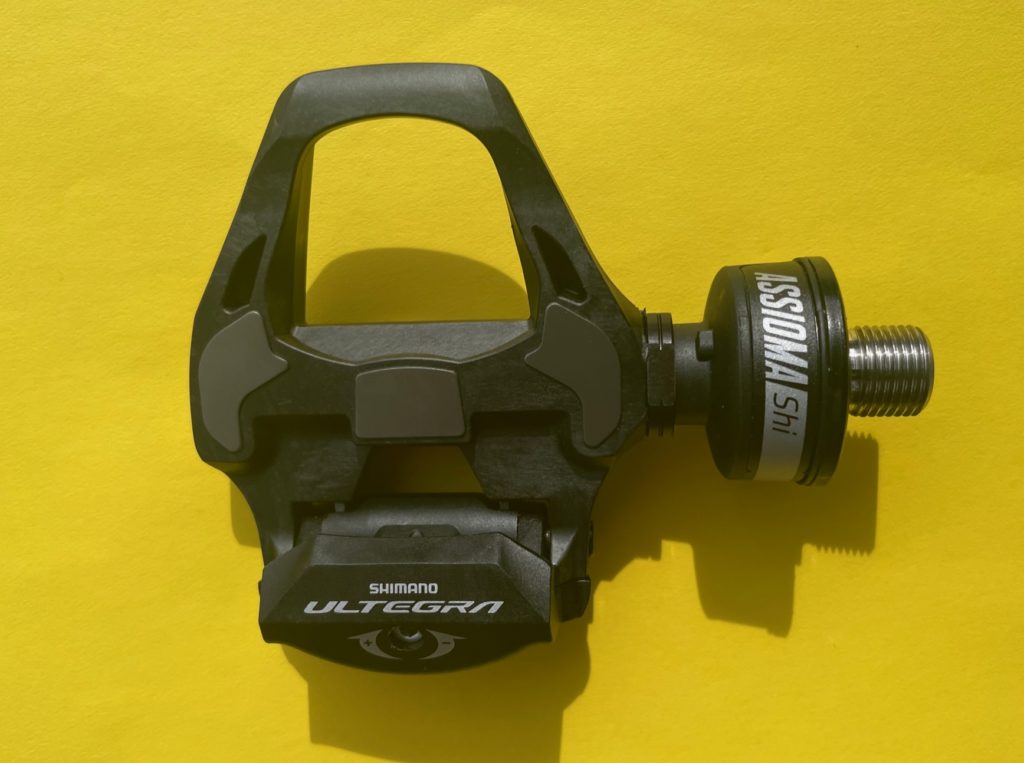 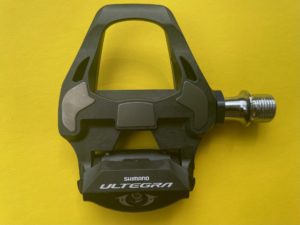 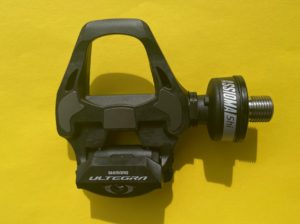 I put the pedals on my bike without reading too much about them and I set off on a ride to see what I would notice about them with no prior knowledge. Paying close attention to any differences, I couldn’t shake the feeling that they were a bit wider than standard Shimano pedals.

I got home and my suspicion was confirmed, the Asssioma Duo-Shi pedals do have a wider q-factor than many.

Is 1cm actually noticeable? I did pick up on the difference initially, but a few rides later I’d completely forgotten about it. I often ride on new bikes and one of the things that consistently surprises me is how quickly I (and most cyclists) can get used to something that feels weird or different after just one or two rides. More than a month of using the pedals hasn’t resulted in any injuries or muscles changes, so I’ve concluded that the q-factor difference, for me at least, is pretty much a non-issue. 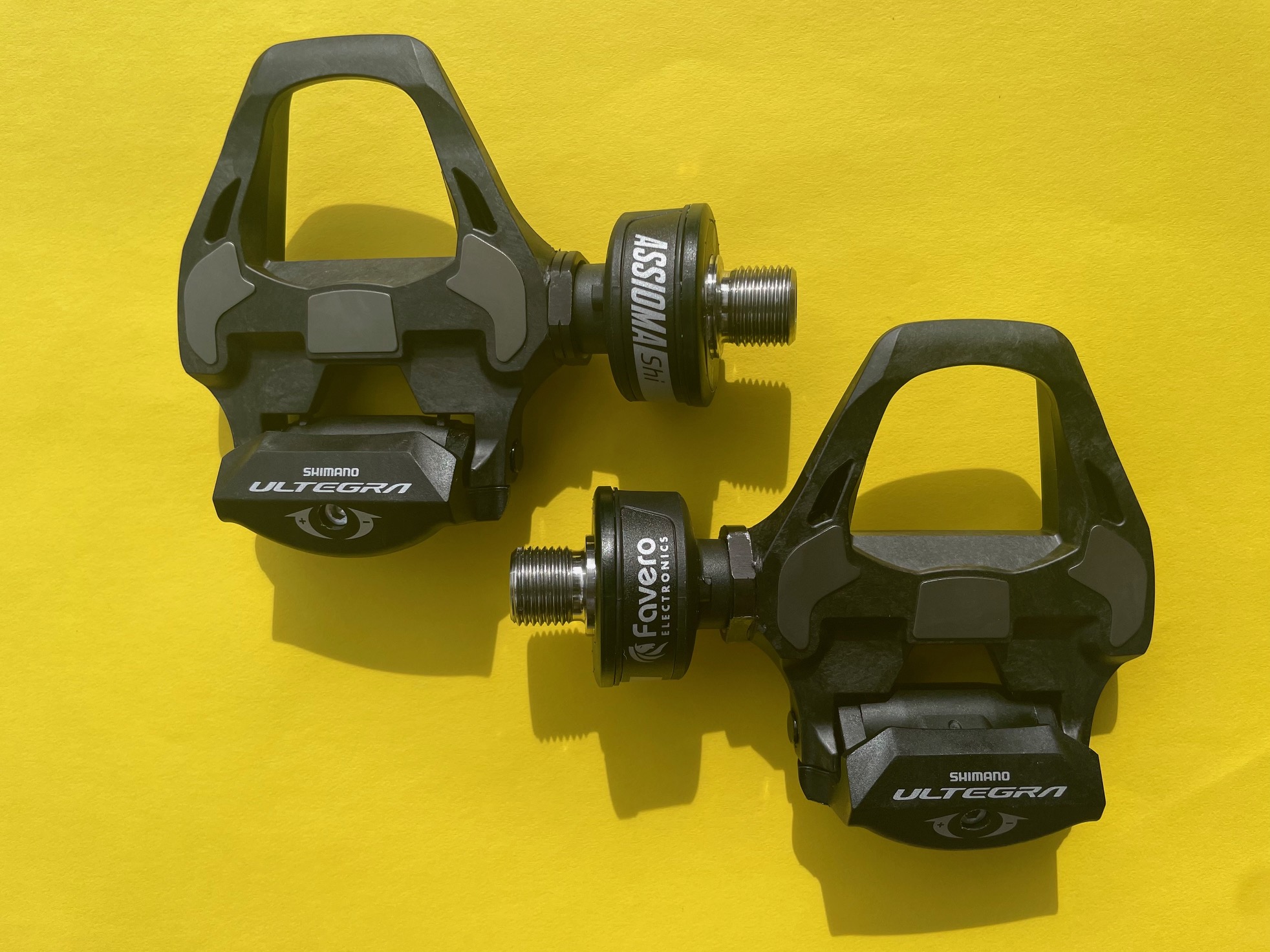 Smaller power meter companies don’t normally show up in pro cycling (big sponsor names such as Shimano have the bulk of the power meters in the peloton) but it was interesting to hear that Anna Kiesenhofer, who coaches herself and won an Olympic gold medal, went out and bought herself a pair of Assioma pedals which she used for her Tokyo performance.

Having tested the very consistent Favero Assioma Duo pedals, I expected the Duo-Shi pedals to perform similarly, so I carefully looked through many rides worth of data for any power dropouts. The only 10-second drop I found could likely be attributed to a misbehaving GPS unit, but that’s an issue for a different review. Otherwise, the power readings were clean, consistent and worked just as well as the Assioma Duo.

Charged via a magnetic USB connector, the Duo-Shis have the same battery life (50 hours) as the Duos. They also use the same app for initial installation and the occasional firmware update. When it comes down to it the Duo-Shi is simply the same spindle as the Assioma Duo, so they perform exactly the same way: accurately.

The Assioma Duo-Shi pedal is a high-quality product at a surprisingly low cost. It makes a lot of sense for riders who use SPD-SL pedals, as they’ll already have the pedal body ready to go. The spindle replacement process was extremely straightforward, and saves about $100 from the cost of the Assioma Duos (and a whopping $690 from the Garmin Rally RS200s.)

The q-factor, an initial point of concern, was not really an issue for me. If you’re a particularly small rider you might want to consider shifting your cleats slightly but otherwise, it shouldn’t be a problem or something that stops you from going for this well-priced reliable product.