I started riding seriously about 5 years ago, when I got my first “real” bike, an aluminum Colnago with 105. At the time, I was so excited and enthralled to discover cycling – that Colnago took me everywhere, so many firsts and new experiences – that I overlooked how uncomfortable the stock saddle was. To compensate for the discomfort, I would sort of lean to one side, which was not great for maintaining balanced effort through the pedals. But it was all so new and I didn’t know any better, I thought that’s just how riding a bike feels. Sound familiar? If my circle of fellow female riders are at all representative, unfortunately this is an all too common experience.

When I upgraded my bike a year and a half later, it came with a fizik Arione R5. It was immediately clear this saddle was not for me. Too hard, too narrow, and just really uncomfortable. I put the saddle from my Colnago on it and set about looking for something better.

After recommendations from some other women about saddles, I gave the Specialized Power Expert saddle a try. I was skeptical at first, the tops felt too firm, but a couple rides in and what a difference it made. By this point I had been riding an uncomfortable saddle for 2 years, having no idea it didn’t have to feel like that! The cut out of the Power relieved any pressure in that area, and my sit bones anchored in the right places, I no longer had to sit crooked. Up to that point, I had occasionally experienced discomfort going to the bathroom after a long ride. Having spoken to other women about this, it was not an uncommon experience. Not with the Power saddle though, I could ride 5+ hours for consecutive days and not have that pain anymore. I loved this saddle so much I put one on my cyclocross bike too. So when Specialized announced the Power Mimic, a new women specific version of the Power saddle, I was equal parts intrigued and skeptical. I was pretty happy with my trusted Power Expert, but is there something even better out there?

Specialized’s pitch with the Mimic, is that although cut outs have proven to be very effective for a lot of riders in removing pressure and discomfort, it is not a panacea. Plenty of riders, particularly women, seem to find cut outs to cause as many issues as they solve. While pressure on soft tissue is relieved with a cut out, some riders experience swelling, pinching or worse. With Mimic, Specialized set out to retain the pressure relieving effects of the cut out, without the cut out. To achieve this, Specialized softened the nose of the saddle with lower density foam to reduce pinching, and filled in the cut out with a rubbery material made of thermoplastic elastomer (TPU), that matches or mimics (hence the name) the density of soft tissue, the idea being that the TPU would provide the effect of a soft yet supportive cradle for sensitive parts, while alleviating the possibility of swelling.

Even though the test saddle (143mm) is of a narrower width, it felt very comparable to my regular Power Expert (155mm) in terms of fit, and where my sit bones fall on the saddle. As a not so tall person (I ride a 48cm frame), I also appreciate the short length of the saddle as the nose doesn’t get in the way when I stand up out of the saddle when climbing.

One difference, and definite benefit with the Mimic is the softer nose, which is more comfortable when I slide forward, giving me another ride position. It lets me get in the drops a little easier, and stay there for longer. With the regular Power, I am definitely locked into one position. If you are someone who likes to move around a bit on your saddle, and have shied away from these short nose saddles for that reason, the Mimic could be a good option to try.

Initially I was worried about the lack of a cut out, but the Mimic multi-density foam is just as good at reducing pressure for me. An added bonus is that since it is covered, I no longer get soaked riding through occasional wet patches, although there is no avoiding the wet diaper feeling when riding in the rain if you don’t have fenders. 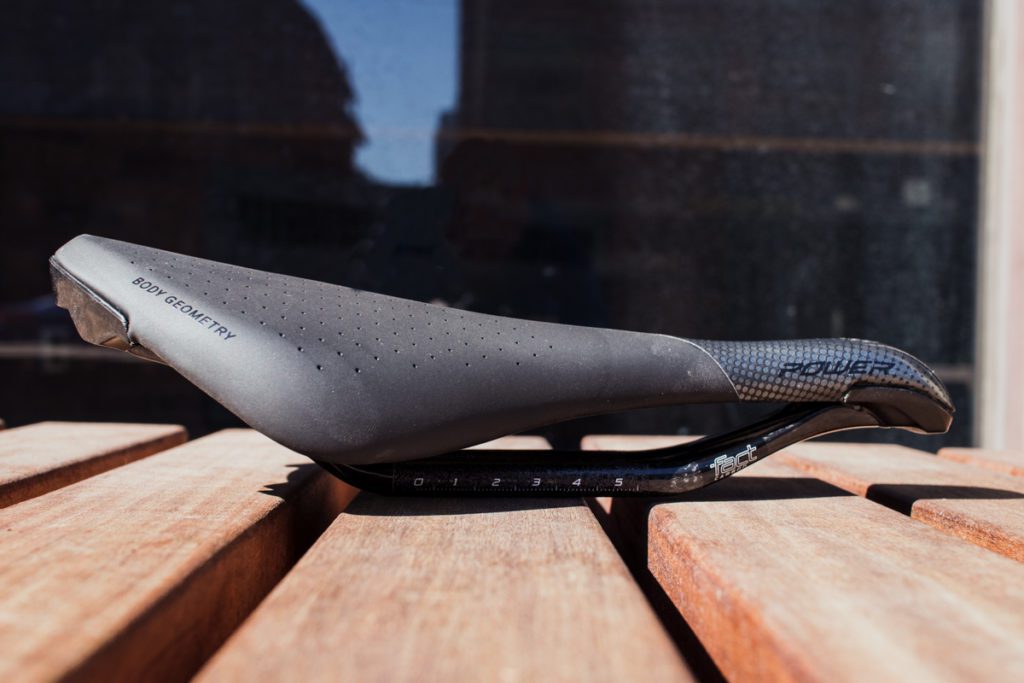 The side profile of the S-Works Power shows a gentle curve. 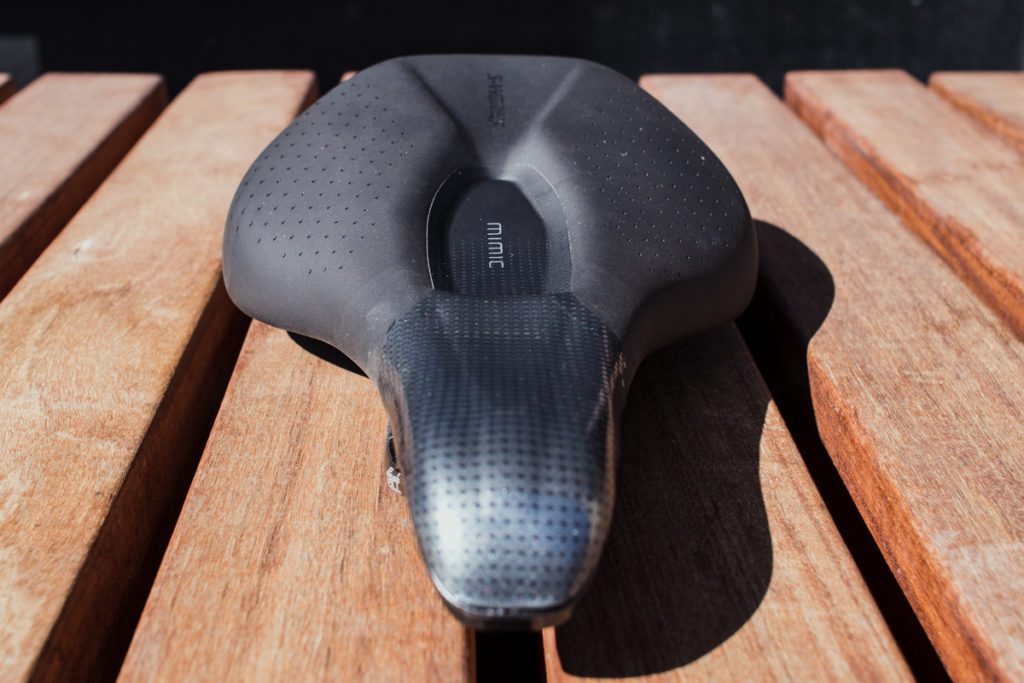 The nose is covered with softer foam and slicker material compared to the back. 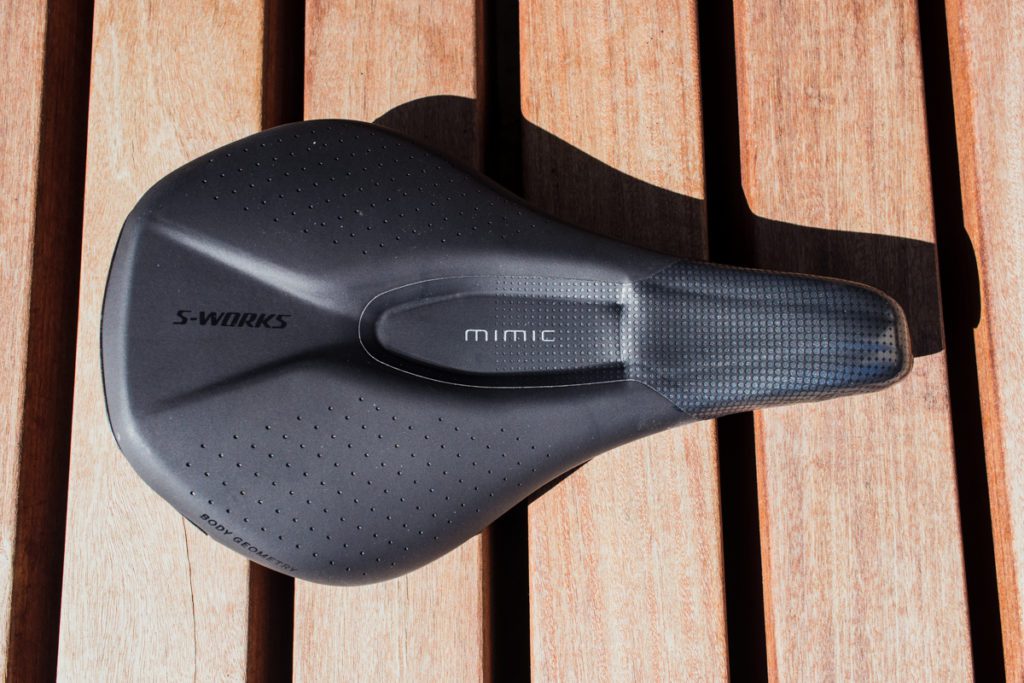 The Power was one of the first short and stubby design for the road segment. 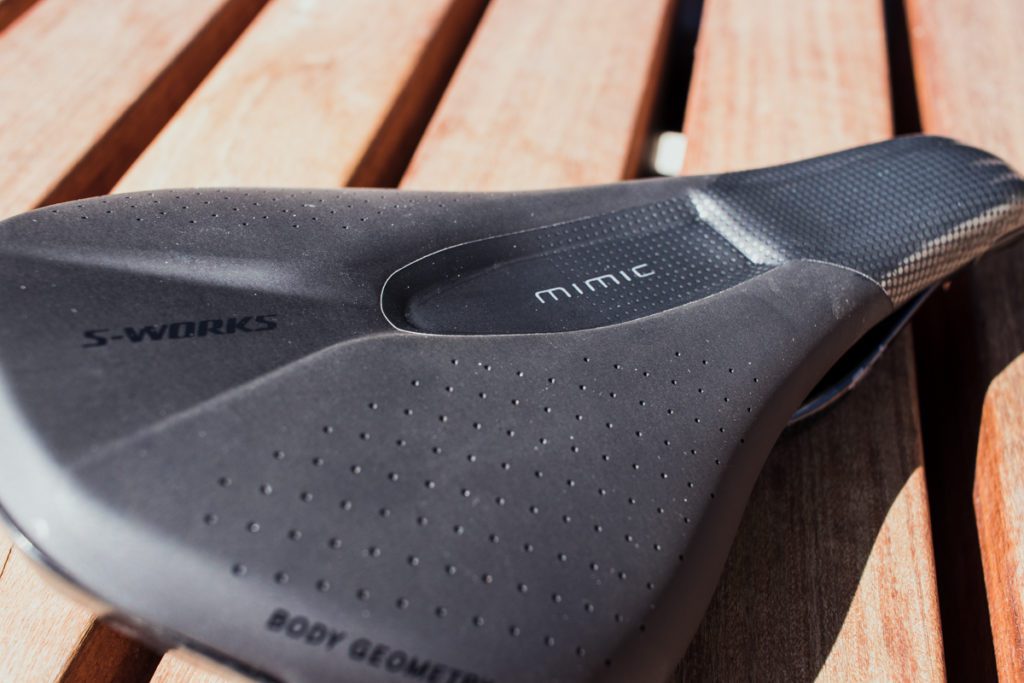 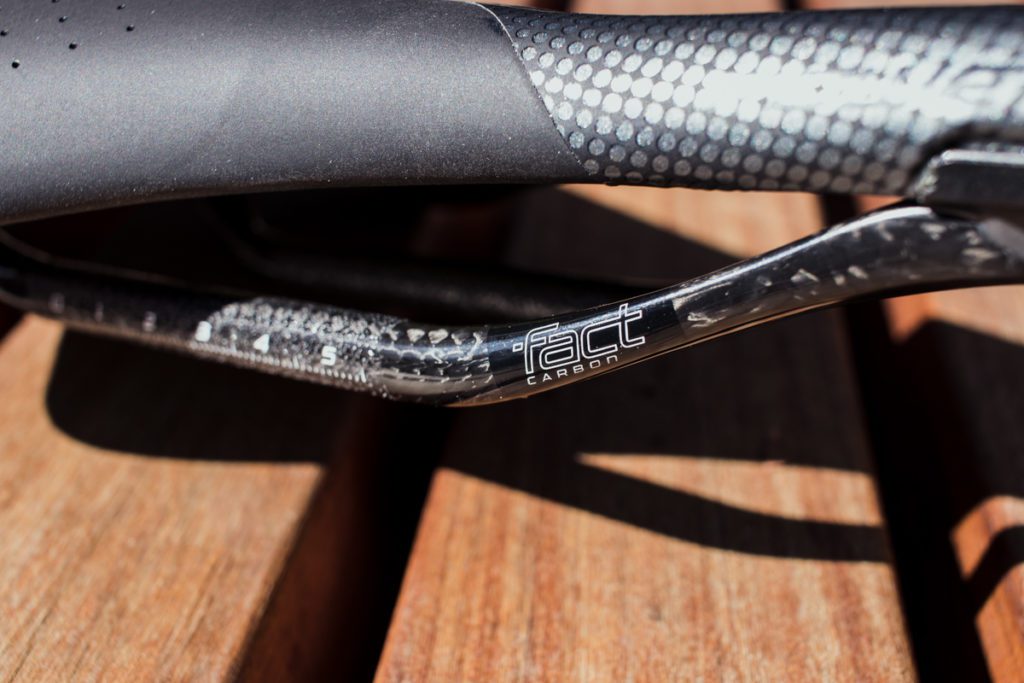 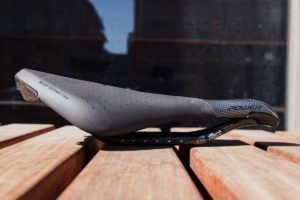 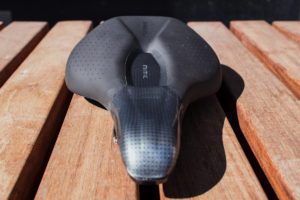 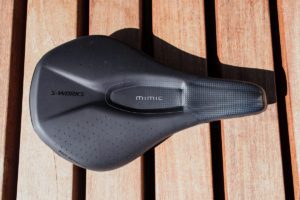 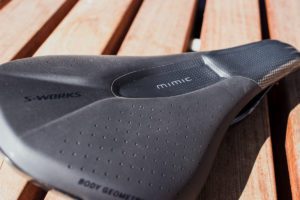 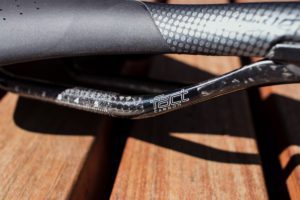 Interestingly, just like the Power Mimic, the original line up of Power saddles were positioned as women’s saddles on debut. But over time as more and more men found the shape worked for them as well, it became a unisex model on its way to being Specialized’s best selling saddle. Something similar may happen with the Power Mimic. Spotted at the Tour de France this year, on the bike of Specialized sponsored Bora-Hansgrohe rider Marcus Burghardt is, you guessed it, a Specialized Power Mimic saddle.

Saddles are such an individual and personal piece of equipment, it’s hard to generalize what works for one person will translate to another. Case in point, I  know riders that swears by the Fizik Arione that did not work for me at all. Which goes to show there is really no way to be sure until you’ve tried a saddle personally. However I’ve found comfort with Specialized’s Power saddles, with or without Mimic. If you are a happy current user of a short nose wide cut out style saddles, like the standard Power, there is no need to run out and get a Specialized Power Mimic. However if you are a female cyclists struggling with saddle comfort; or someone interested in trying the new short nose saddle style, but have never got on with cut outs, then the Specialized Power Mimic should be on your short list to try out.

The Specialized Power Mimic is available in four versions: