Late one night, a friend and I were riding home. Before we split on our separate ways, I said, “Here, you have to try this bike.” My friend’s reaction was pretty typical of someone who tries an ebike for the first time. There were “holy cows,” “whoas” and a “this is fun.”

I was well into my testing of the Scott E-Sub and beyond the holy-cow phase. I was thinking deeply about what I was riding and how I was riding it. It was the first ebike I’d had for a long-term test. Mica Sport Canada, the company that brings Scott bikes into this country, had lent me a demo. As a demo, the bike has some notable differences from the the company would be bringing into Canada. Most notable was the top speed to which the Bosch motor would provide assistance, the European setting of 27 km/h. In North America, generally, ebikes can assist your pedal strokes to 33 km/h. 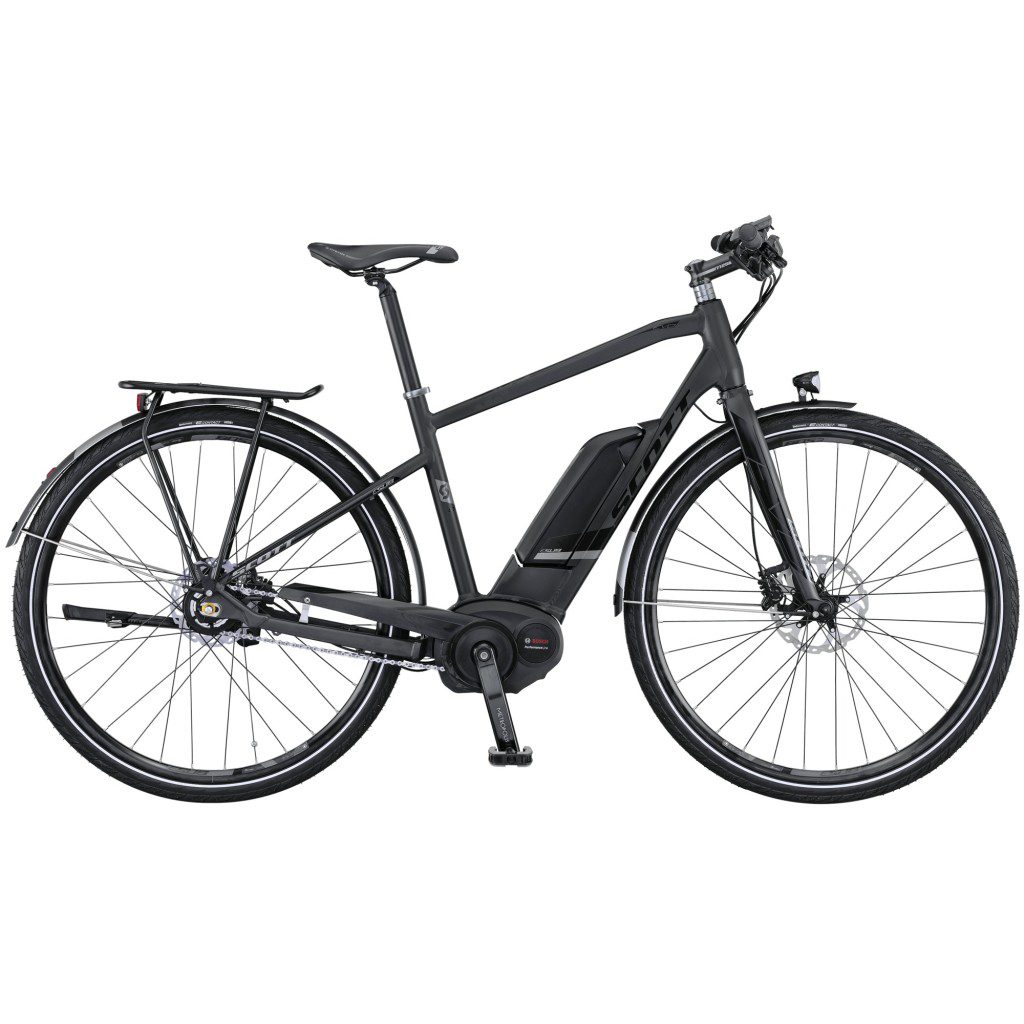 I found the 27-km/h limit a bit frustrating at first. On my regular commuter, an older CX bike, I can easily cruise in the mid 30s when I have a clear shot of road on the way to or from the office. So, this bike was slowing me down. At least, that’s what I thought until the battery ran out of juice. I had done it on purpose, just to see what would happen. While the pedal assist cut out, the bike computer, and integrated front and rear lights continued to work. As I pedalled home, I noticed my speed was hovering around the low 30s, instead of the usual high 20s. I realized that previously, when the pedal assist would cut out at 27 km/h, so would I to a certain extent as the resistance increased and I had to work harder. But when it was all me pushing pedals, I would ramp things up to what my body was comfortable with on something weighing 22.05 kg, 11.52 kg heavier than my usual ride.

Really, the mellower, assisted commutes were exactly what I needed at that time of year. It was late in the season. I was pretty run down from work and my shortbut-intense go at ‘cross. As someone who clearly has a hard time maintaining an easy pace when he should, the ebike was great for keeping my rides chill. As a fully loaded commuter, the bike also excelled in other ways. The rack for my panniers and the fenders made it easy for me to leave my old commuter locked up for a prolonged period. I don’t remember the last time I had a bike with a kickstand. It was really handy when I was strapping a big box of diapers to the back rack with bungee cords. The integrated lights meant I simply pushed a button on the bike computer to turn them on. The only feature I didn’t like was the quick-release seatpost. When I ran errands, it was a bit of pain to haul the thing around, or worrisome when I just left it on the bike. I’d definitely find a different seatpost clamp if this were my permanent ride.

That night my friend rode the ebike, it was in highest pedal-assist setting: turbo. Bosch’s literature says turbo provides an assistance factor of 275 per cent. (The other settings – sport, tour and eco – have assistance factors of 190 per cent, 120 per cent and 50 per cent.) Through back streets, his surges had me huffing and puffing a bit. The impromptu workout made me realize I had become a bit blasé about the boost. I was happy when we traded back our bikes, and I could motor home.