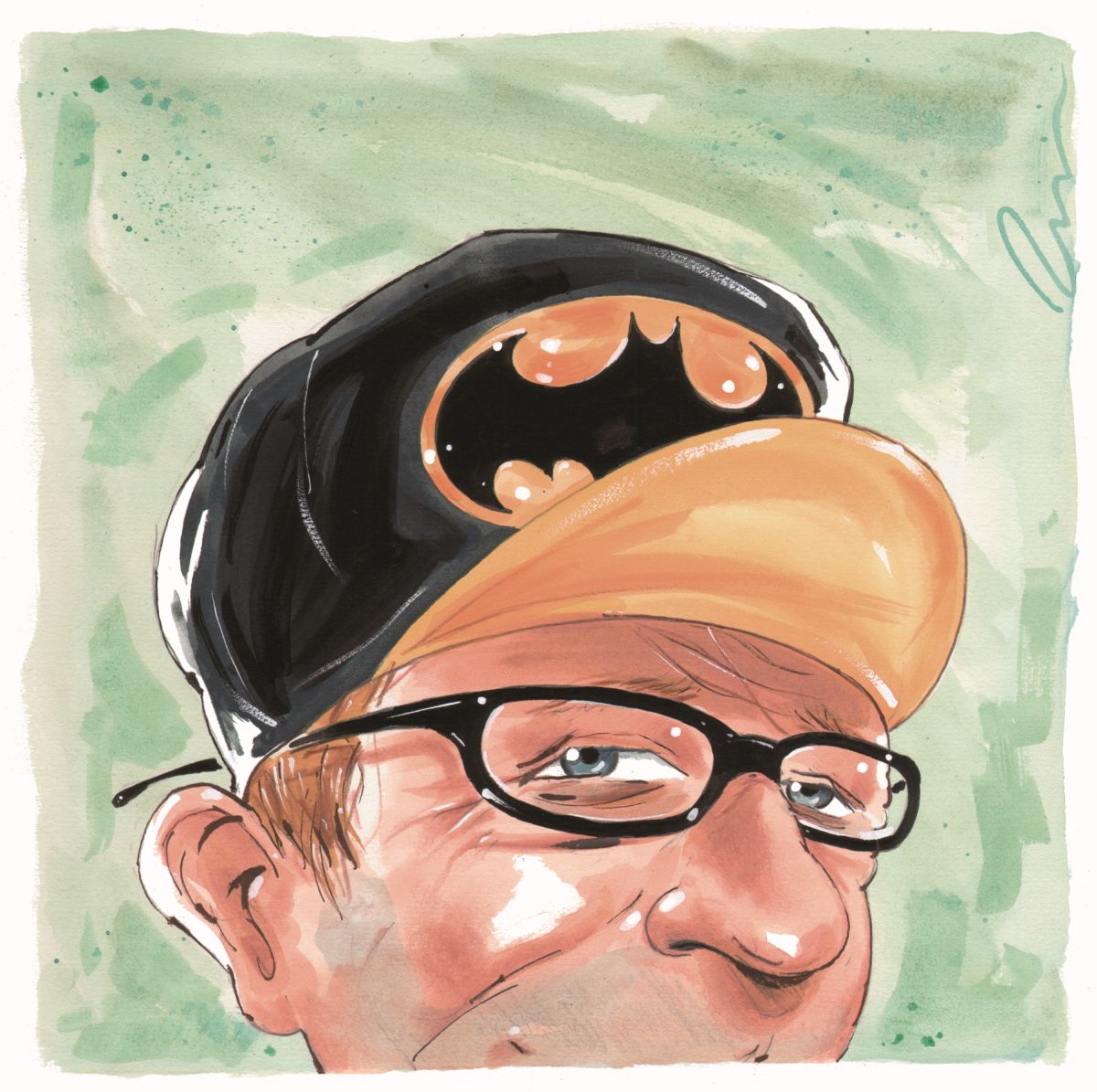 I remember my first casquette, which I no doubt called a “bike hat.” It was a Batman-themed cap, which I got before the première of the Tim Burton movie that summer. I was in middle school and thought the cap was pretty cool. I still do and wish I still had it today.

Throughout high school, I tried to make the baseball cap work. It seemed to work for everyone else. But for me, it just didn’t jive with my head (or my vanity). Later, as my interest in the sporting side of cycling grew, I became reacquainted with the casquette, which is a simple and brilliant lid.

I prefer to flip up the brim, for the look. But in fall, when the sun is low during my commute home, I will flip down so the brim shields my eyes. No, it’s not all vanity; I can be practical with my casquettes. I have a retro Molteni one that was white at one time but has acquired perma-grime. The way team names and sponsors change so quickly, my Garmin-Sharp cap now seems a bit retro, too. A few years ago, after I did a few laps of the Roubaix velodrome, I made sure to get a casquette from the shop just across from that mecca of cycling.

This past summer at Eurobike, I arrived late to an end-of-day meet-and-greet sponsored by a clothing brand. Immediately, I could see that casquettes had been given out. Before I went for a free beer, I tried to get myself a cap. They had all been given away. I soon found myself in conversation with my colleagues from the magazine (who all had caps) and a representative from the brand, who also had a cap on his head. We chatted about the show, riders and gear. The conversation came around to the casquettes. “Oh yeah,” I said to the clothing-brand guy, “they are cool. I’m kinda bummed they ran out of them by the time I got here.” The kind man offered me his. There was no, “Oh no, I couldn’t,” from me. Instead, I said, “Great. Thanks,” and put it on. Success.

In fact, I’m wearing that very same cap as I write this, with the brim up. 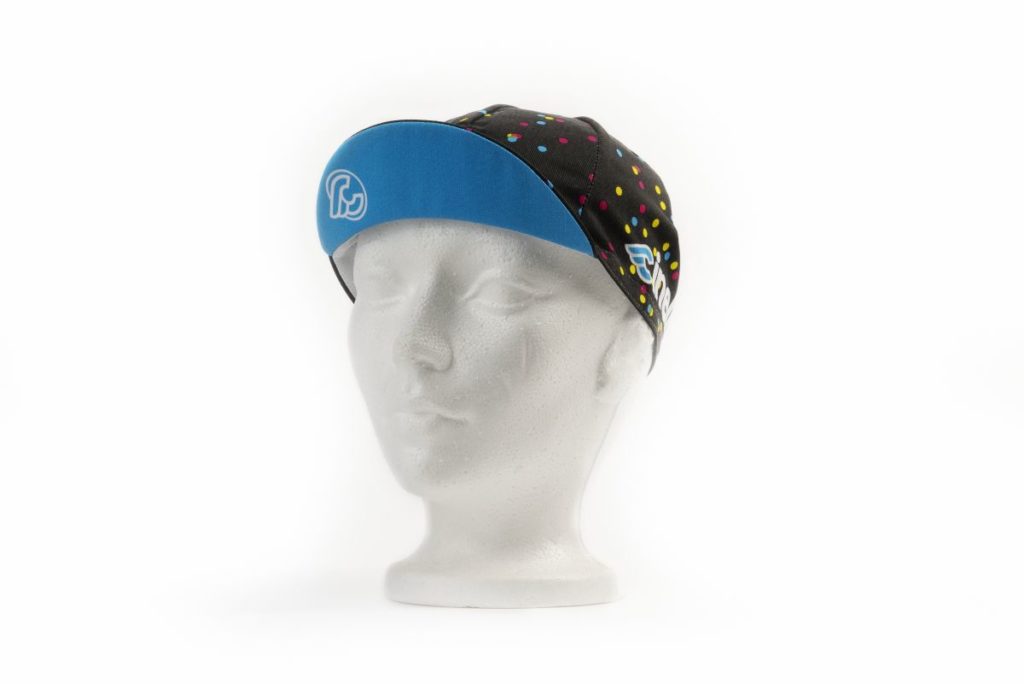 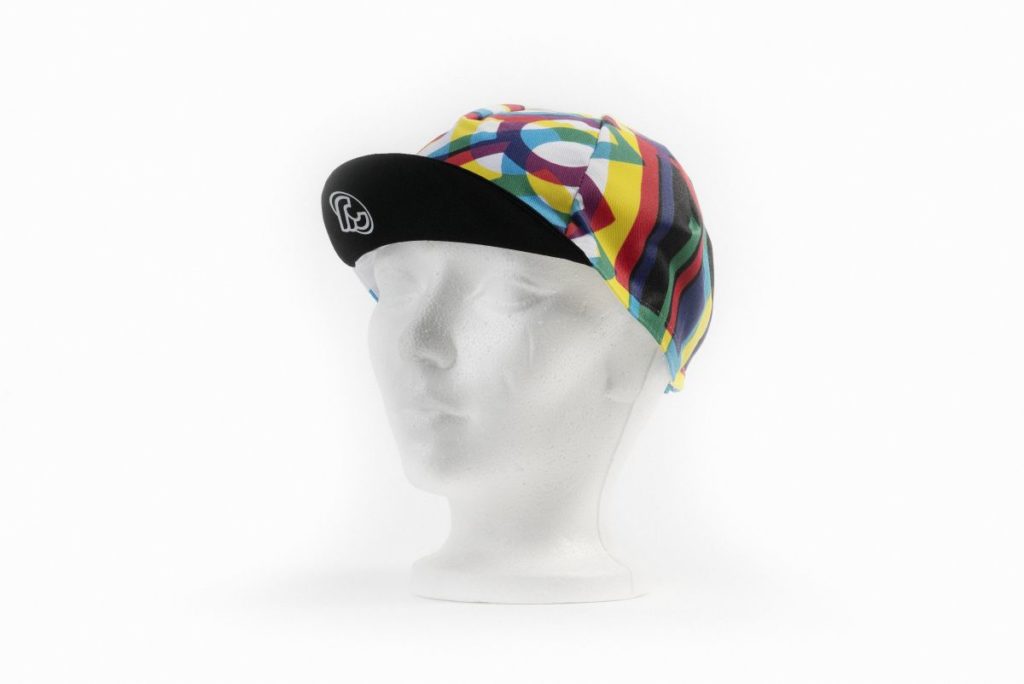 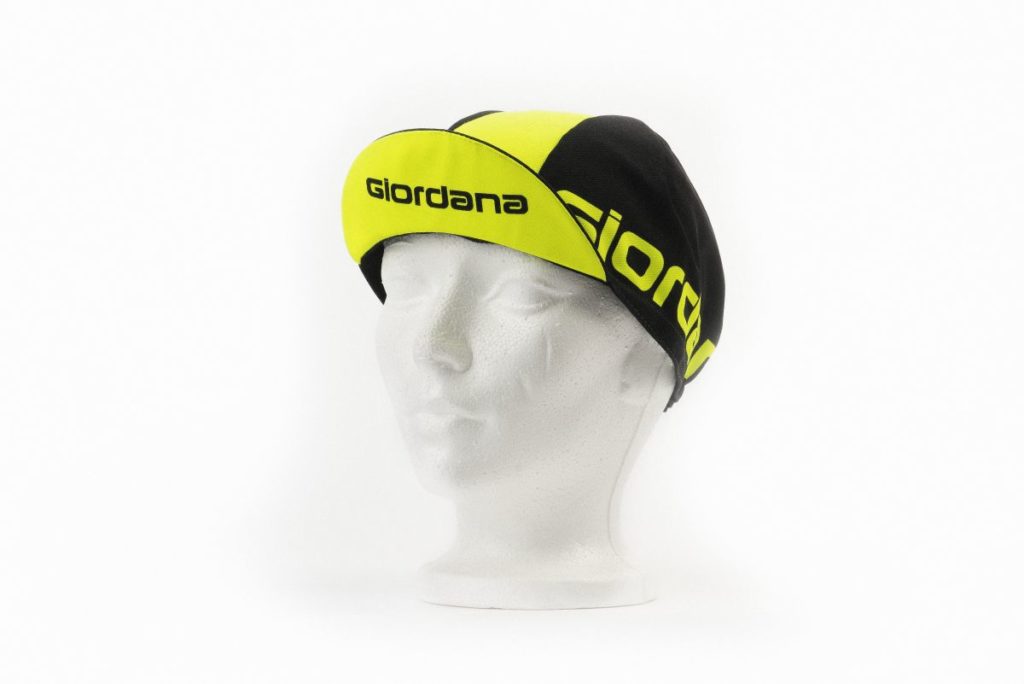 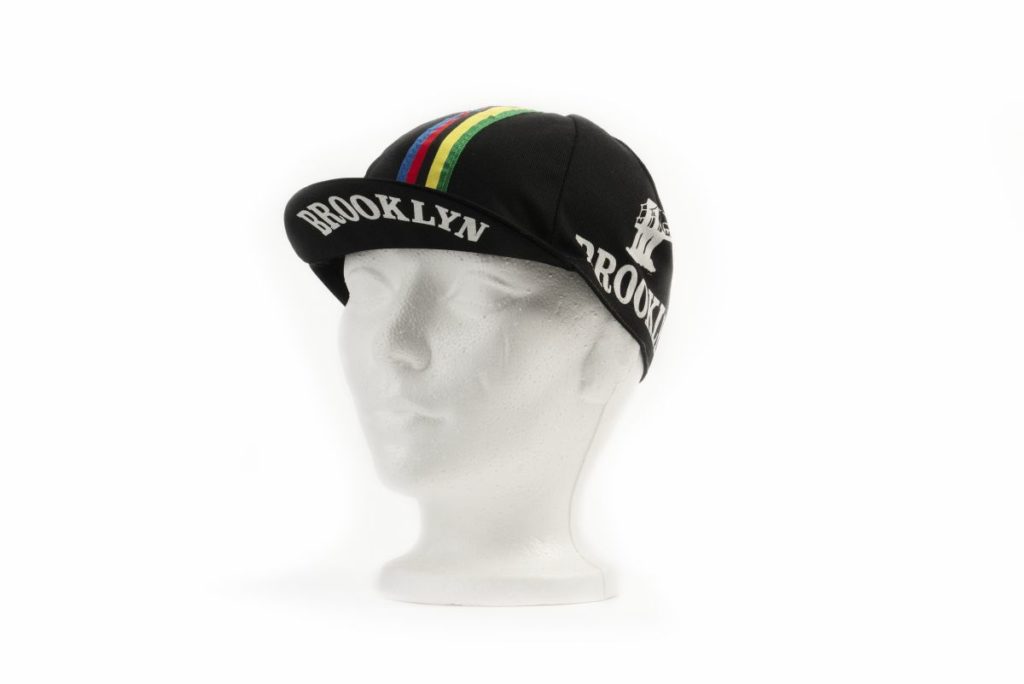 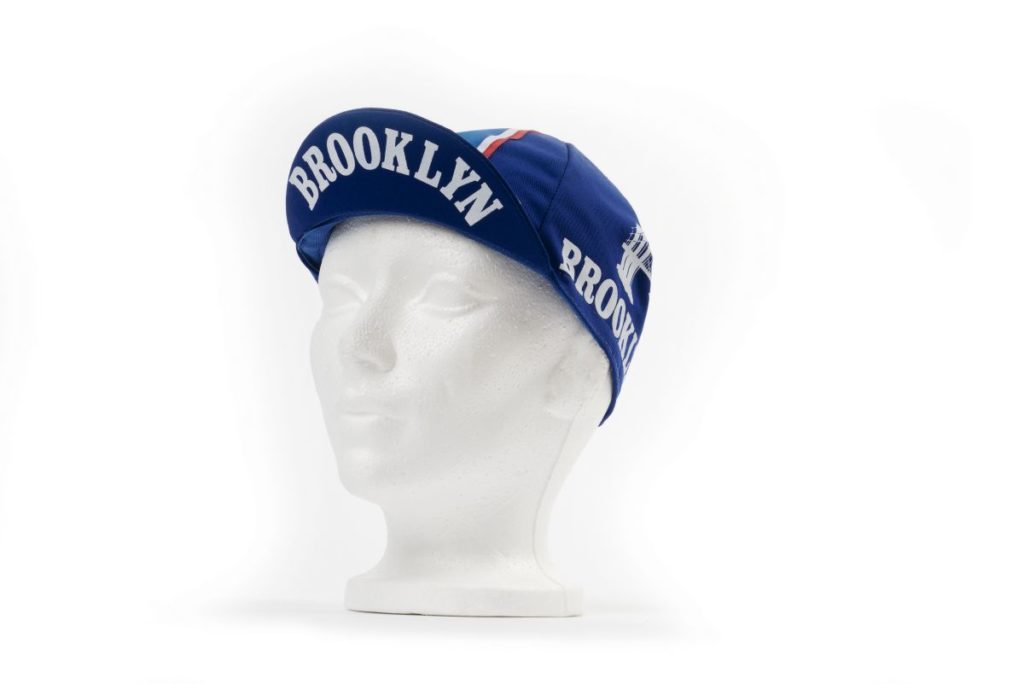 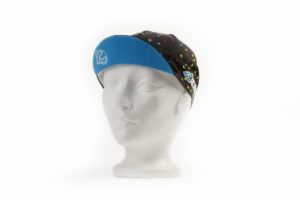 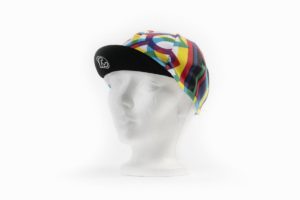 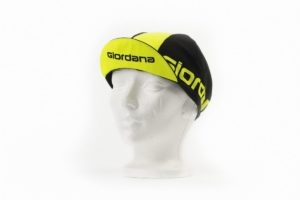 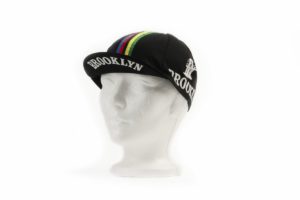 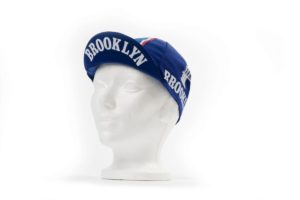 The head of Cinelli, Antonio Colombo, also owns a contemporary art gallery in Milan. And, you can see an artistic flair on many of the company’s products. Cinelli’s casquettes – Caleido Dots, and Caleido ($39 each) to name are few – are like mini canvases for your melon. It’s almost a shame to cover them up under a helmet.

The Giordana Brooklyn cap ($20–25 [custom]) is perfect for a fan of Roger De Vlaeminck, Spike Lee or of the gum itself. The Italian company does custom caps in cotton and, recently, mesh for summer rides.