Streetwear brand Supreme started in the ‘90s as a skate company but over the years has exploded into an exclusive designer brand with an entire economy of resale and rarity.

In 1998 Supreme, now famous for its collaborations with other brands, released one of their rarest items. Only 36 Supreme x Brooklyn Machine Works BMX bikes were created. As rarity increases value, especially with Supreme items, one recently sold for $65,236 CAD.

In 2018 the brand released the Supreme x Santa Cruz Chameleon mtb. The bike is now retailing for $12,000 USD on ebay.

The third Supreme bike, released earlier this month, was made in collaboration with S&M bikes. Inspired by ’90s BMX style, the bike was constructed by S&M in California. It retails for $2,635 CAD but the resale value has already increased to $6,571 CAD.

Supreme continues to push the boundaries of its collaborations and followers will gladly stand in line for hours or pay massive markups on aftermarket products just to get Supreme items.

In 2016 the Supreme brick made news for its absurdity. The brand was purposefully shedding light on how ridiculous it is that people will pay a premium on a product simply for the logo (although it’s questionable how edgy the company can be when they’re making millions in sales on the products themselves).

In honour of Supreme’s latest unreasonably priced lifestyle item, here are some other designer brands who have slapped their logos onto otherwise average bikes to increase their value. 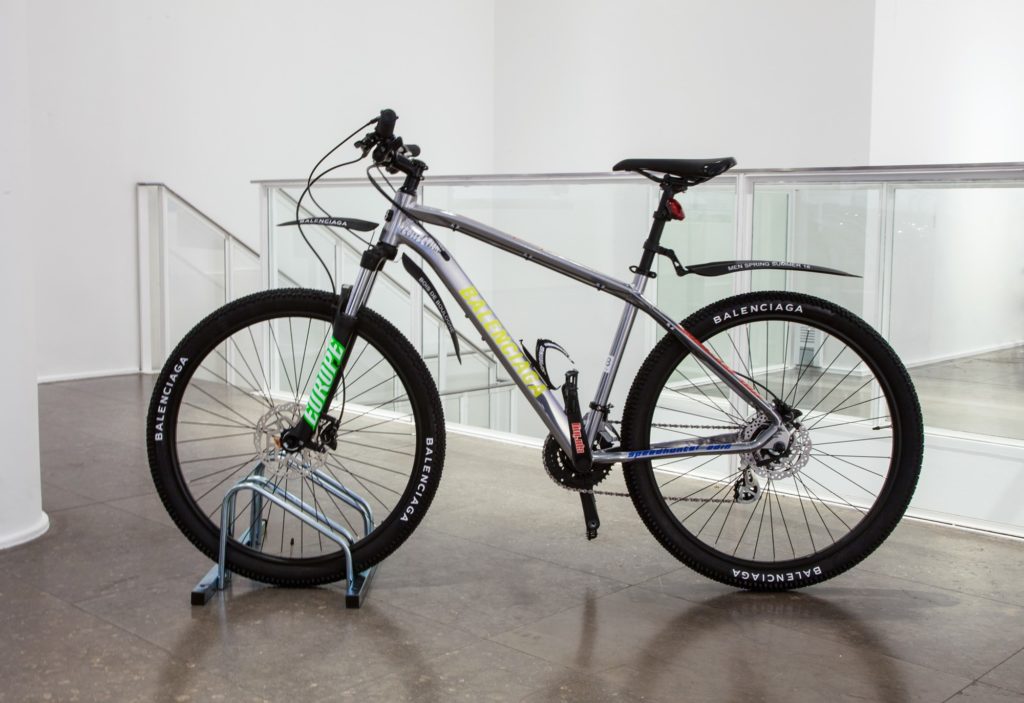 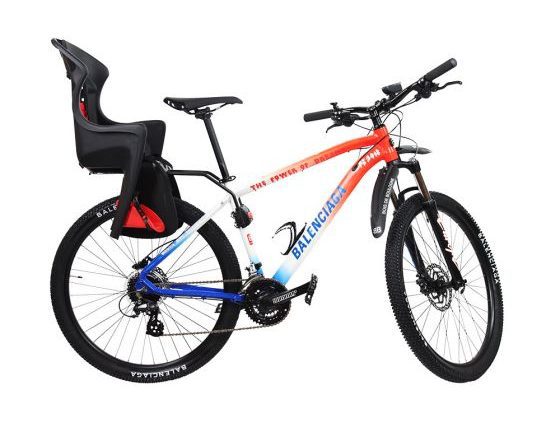 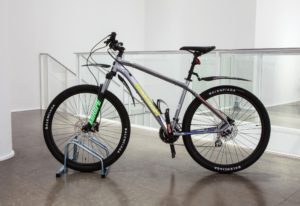 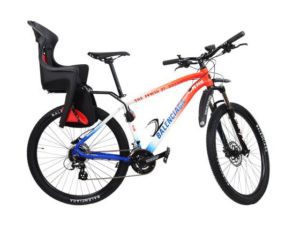 Balenciaga’s men’s SS18 collection included a $5,100 bike. The mtb comes in a variety of colours, some curiously sport a child’s seat in the back (Travis Scott has been filmed riding one with his daughter )

“In tech terms, there’s certainly nothing cutting-edge about it. From the wheels (they’re 29″, most of today’s are 27.5″), to the 3×9 gear set, and the quick-releases, it’s a cluster of dated, basic components,” Pete Owen from London’s Rat Race Cycles told Dazed & Confused. “I suppose I’d say, to be positive, it looks like it should work OK as a basic bike, it’s made of decent entry-level stuff, but seems colossally over-priced.”

In 2017 Dior released just 70 of its $4,462 CAD bikes in collaboration with Bogarde (who’s bikes normally cost about half of that). Since then the brands have collaborated on two more limited BMX releases, the latest costing $22,223 CAD. 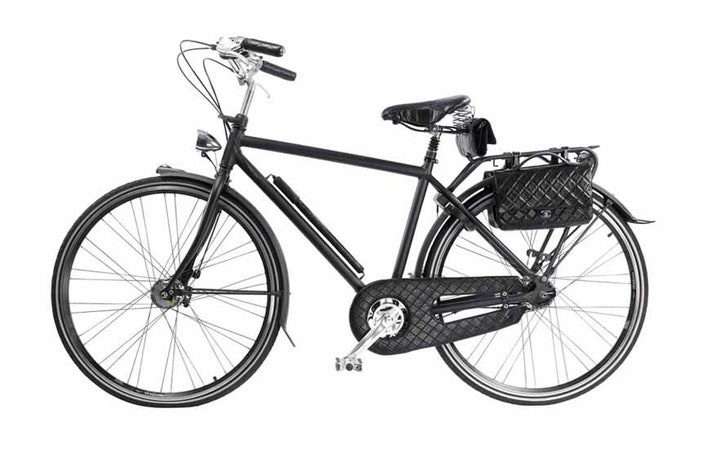 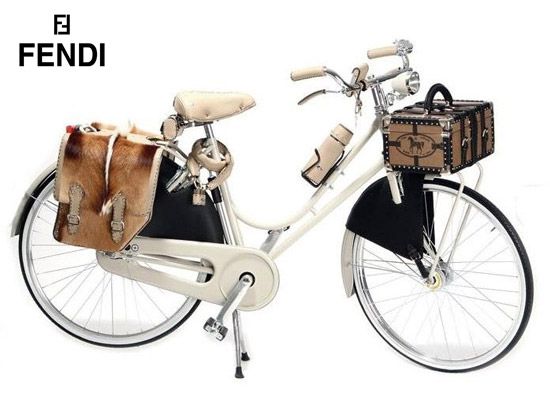 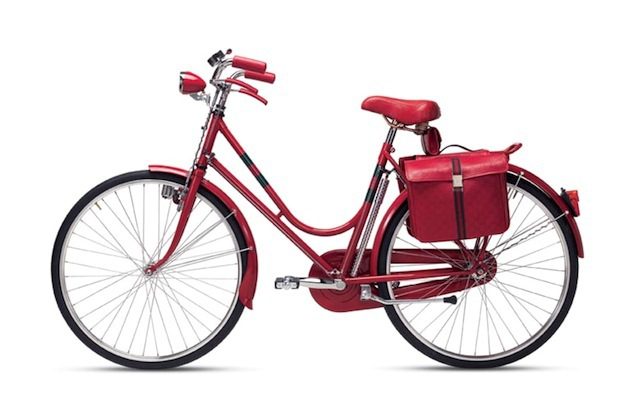 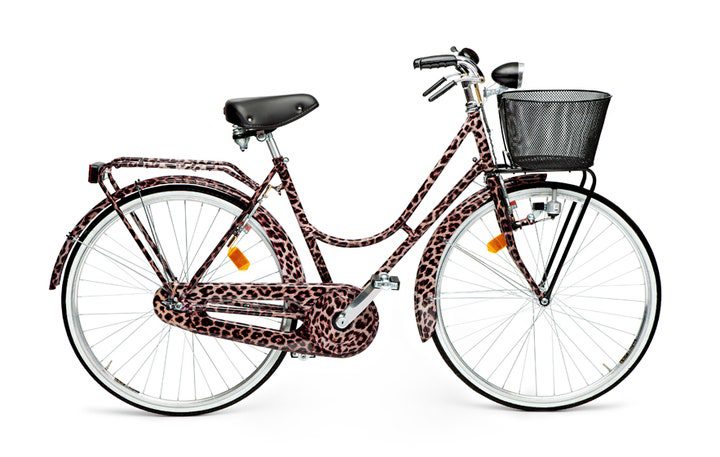 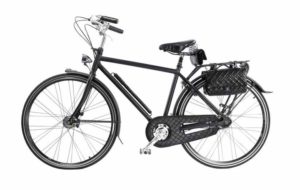 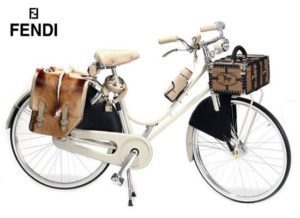 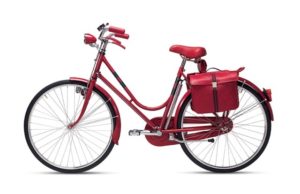 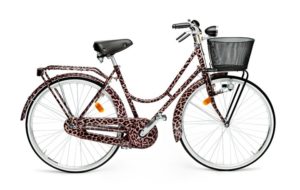 In the 2010s bikes were a popular photoshoot prop, so it was only natural that brands would expand into selling them for the uber-wealthy to take photos on as well (presumably for their myspace pages?)

Fendi’s $13,380 bike comes with removable fur saddlebags to carry around the taxes you collect from your serfs. It also includes leather accessories — such as a key and bike chain cover and a leather gps navigation holder.

Gucci’s limited edition Beijing Olympics bike is $4,744 CAD but if you want to save money, Dolce & Gabbana’s animal print bike will only set you back a completely reasonable $2,428 CAD.