The first Giant TCR sparked controversy with its release more than 20 years ago. The frame’s compact geometry was so different from other bikes at the time that the UCI had to confirm it was legal to race.

Inspired by mountain bikes, the compact frameset featured a toptube that sloped downwards from the headtube to the seat tube, creating a smaller main triangle. The bike was lighter and stiffer than its horizontal toptube contemporaries.

Since then, Giant has iterated through eight editions of the TCR, and has just announced the ninth TCR model, the Giant TCR Advanced SL. For the latest edition of the bike, Giant has re-analyzed every aspect of the bike—from materials to manufacturing process— to make the TCR more efficient. 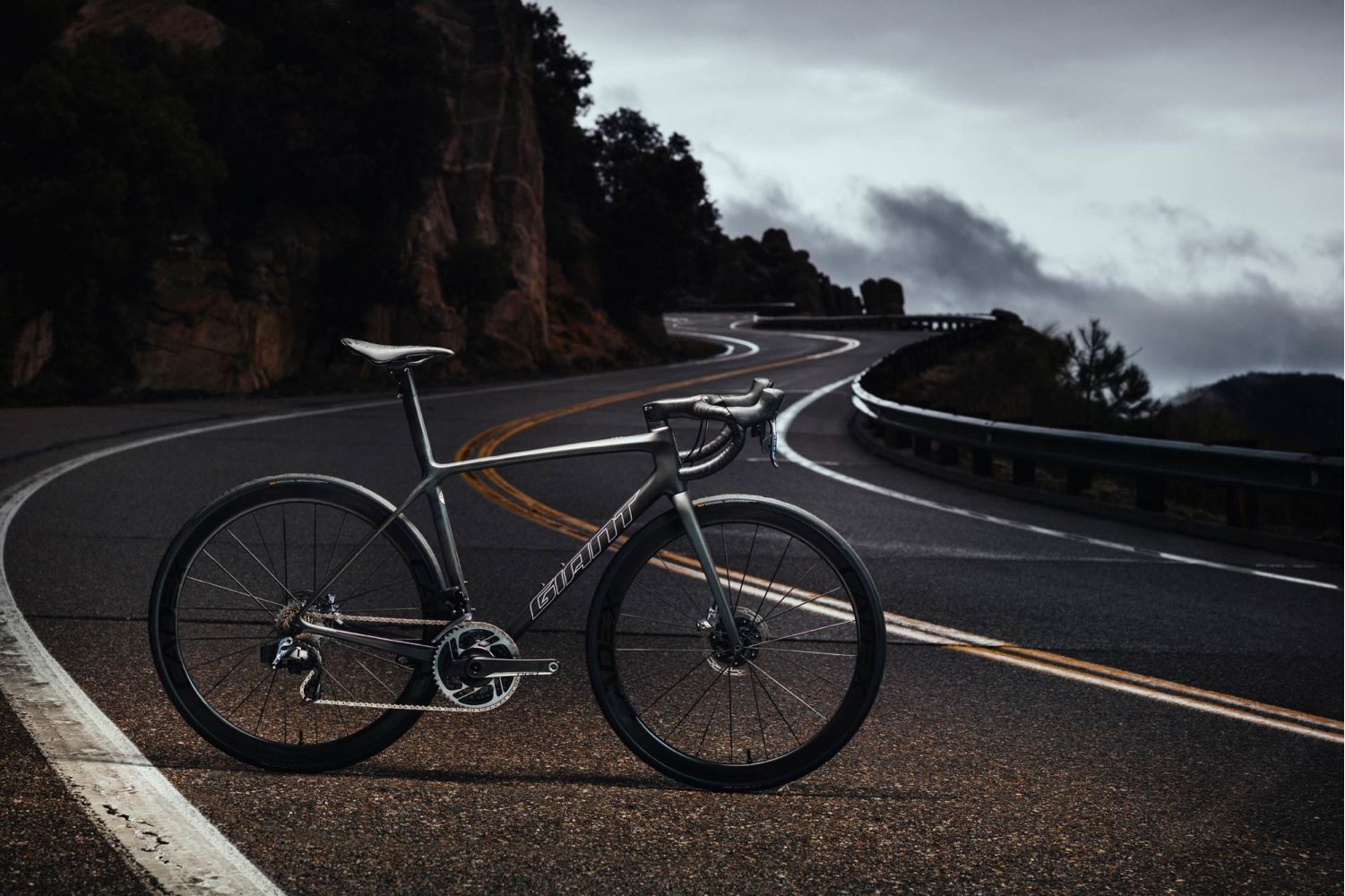 Giant engineers, product developers, aerodynamics experts, and racers such as Greg Van Avermaet and the UCI World Tour CCC Team were all consulted for the project. Giant claims the resulting bike is significantly more aerodynamic than the previous generation while retaining its hallmark stiffness-to-weight ratio. Every tube shape has been modified to reduce drag without adding weight or compromising the quality of the product.

The new TCR Advanced SL is said to have explosive acceleration and improved climbing efficiency due to its high stiffness-to-weight ratio. Giant says that the bike has 26.3 per cent greater frame/fork stiffness than its competitor, the 2019 Trek Emonda SLR Disc.

The new TCR frameset is made with Giant’s professional grade raw carbon, which contains impact resistant nanotube technology. For the first time the company is using a new robotic assembly process and laser cutting for ultra-precise material cuts which it says will result in a lighter overall weight of the finished structure.

Even the weight of the paint has been reduced. Giant’s new ‘ThinLine paint process’ uses a minimum quantity of paint to save up to 50 grams compared to a traditional seven-layer paint application.

“This TCR is significantly more aerodynamic than the previous generation while retaining its
best-in-class stiffness-to-weight ratio,” says Giant road category manager Nixon Huang.“Every tube shape has been modified to reduce drag, and we did that without compromising the qualities that have made TCR a leading pro-level race bike for two decades.”

The new aero gains on the new TCR are its most quantifiable improvements compared to previous generations. Every tube shape was analyzed, engineered and tested to create an overall structure with significantly lower drag at a wider range of yaw angles.

The fork crown area on the TCR has been ‘cleaned up’ by placing the disc-brake calipers down at the hub. This means air flowing over the fork crown will be more smooth. Other improvements include new airfoil sections that use truncated ellipse tubing to produce lower drag coefficients at a wider range of yaw angles compared to traditional “teardrop” tubing.

The new ‘aero-influenced’ Contact SLR handlebar included on the bike uses modified cable routing to provide a balance between aerodynamics and rider ergonomics.

Made for a variety of road conditions

Even pure road bikes are being influenced by gravel-friendly trends nowadays. Giant has designed a new composite fork and increased the frame clearance so riders can use tires up to 32 mm (28 mm for rim brake models). The fork itself has been redesigned to provide, “up to 35 per cent greater torsional stiffness and improve the aerodynamic flow of air over the non-driveside caliper—without adding any weight compared to the fork on the previous generation TCR,” according to Giant.

The new Giant SLR WheelSystems, SLR 1 and SLR 2 are included in the 2021 TCR range. They feature 42 mm deep carbon rims that are wider (19.4 mm inner width compared to 17 mm on the previous version) and optimized for high-volume tires.The wheels feature ‘hookless’ rims which Giant claims weigh less than hook-type rims and form a rounder tire shape for better cornering stability and control. With this hookless rim technology, the wheel can achieve a wider inner rim diameter so a 23c tire will have the same volume as a 25c tire on a traditional hooked rim.

Giant has clearly refreshed its factories, as these wheels are also made using a new manufacturing process. The new rims are produced using a layup process that strategically positions carbon fiber materials to increase strength and durability but keeps the weight low. The top-tier TCR Advanced SL 0 Disc model comes with an ultralight and efficient CADEX 42mm Disc Tubeless WheelSystem.

The 2021 TCR range also features new Giant saddles including the ‘Fleet’ and ‘Approach’. Both the Fleet SLR and Fleet SL have a wide shape with a short nose,ergonomic cutout and a side curve for freedom of motion for better pedaling efficiency. The saddles are a now familiar shape, popularized by the Specialized Power line but also found in Fizik and PRO saddles. 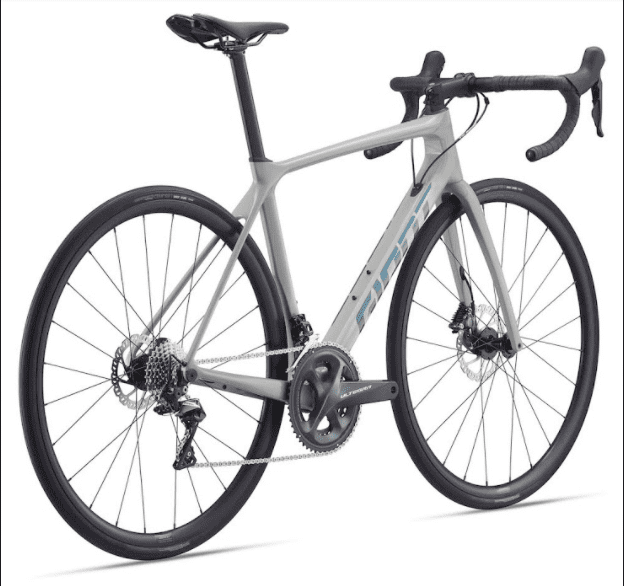 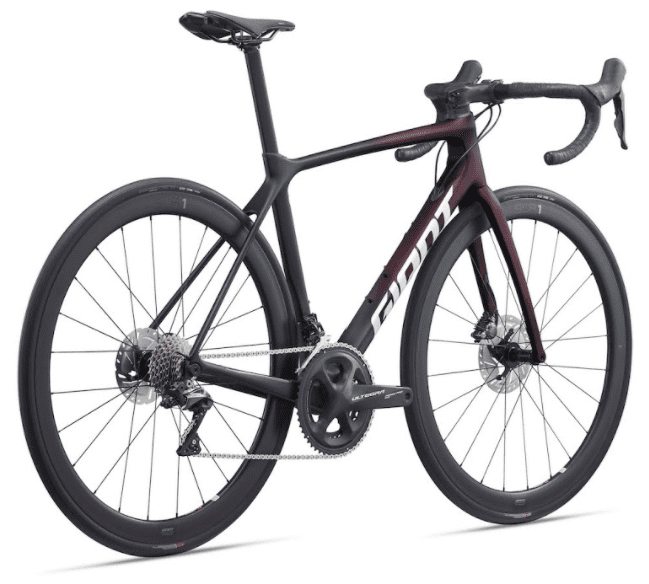 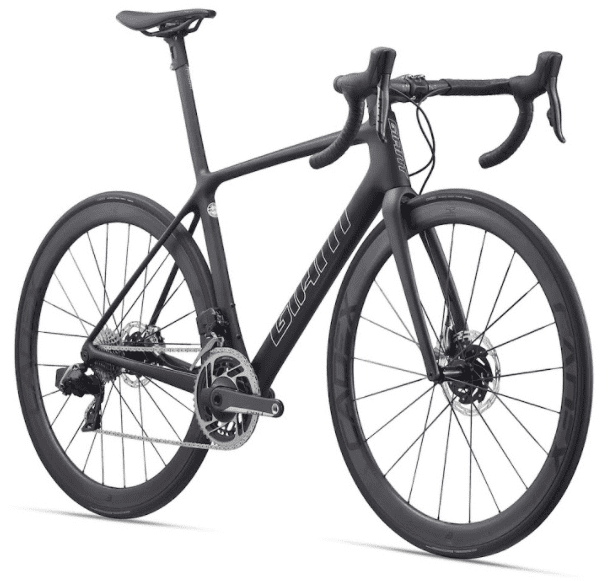 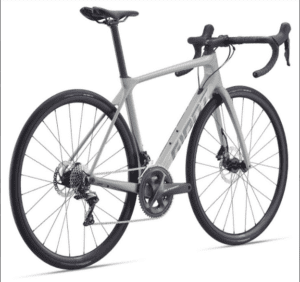 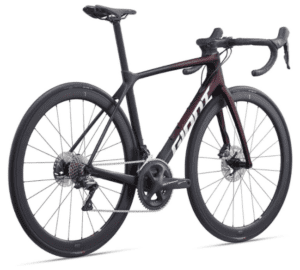 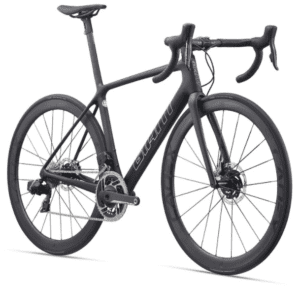 The Giant TCR series is available at giant-bicycles.com