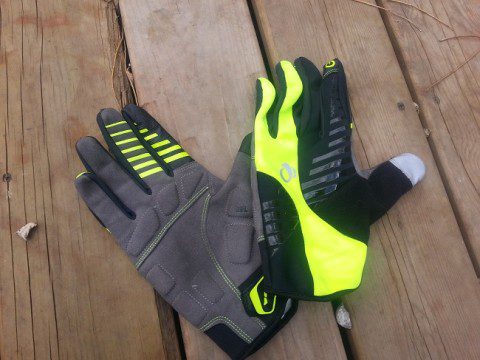 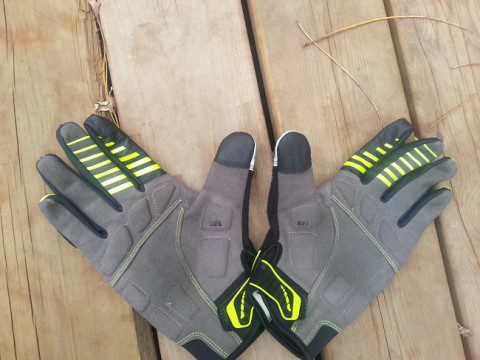 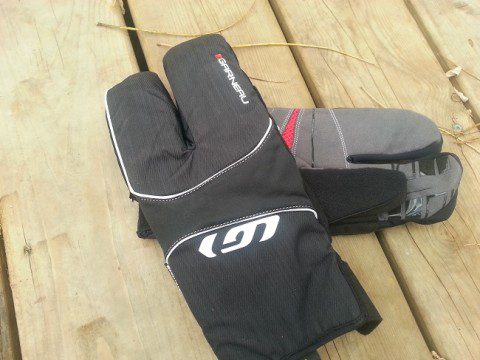 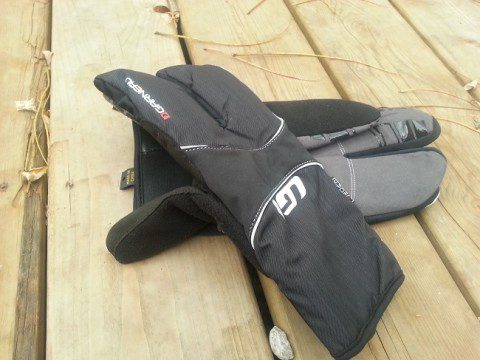 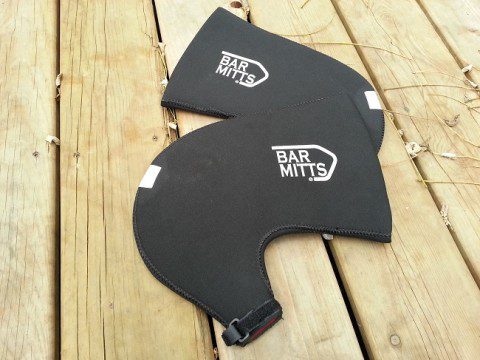 To start the gallery of images, click an image and use your keyboard’s arrow keys to navigate.

You can feel it, can’t you?

As you read this, the temperature is settling across the country into those chilly, near-subarctic temperatures that define winter, whether it’s a wet winter in Vancouver or a snowy one in Montreal. This year, of course, forecasters are predicting an El Nino year, but for those of us who live on our bikes, even the warmest winter can be a cold one — especially for our hands.

Time to gear up! Take a look at these three glove picks to keep your fingers warm and shifting throughout the coldest months of the year.

Pearl Izumi’s Cyclone Gel Glove is touted as the brand’s most popular cool-weather glove, and it’s easy to see why. For one, there’s its snug comfort, securely wrapping the hand against the onslaught of late autumn and fall with a protective 1:1 gel padding.

There’s also the touch-screen compatibility of its design, which, in the age of Strava, is never a bad thing.

On a temperature scale, the Cyclone Gel Glove is a great place to start. They’re light enough to not be a bulky fit, ideal for when the temperatures are just starting to plunge into winter-like conditions — like it is this time of year. There’s also the universal bad weather appeal of these form-fitting, stylish and well-engineered gloves. When precipitation starts coming down — something riders in Vancouver and Toronto define in very different ways — the Cyclone’s Elite soft-shell fabric is a robust defense against anything wet that the season might throw a cyclist’s way. By the same measure, the gloves are a strong defense against the sharp chill of winter’s winds, with a gauntlet design that keeps warm air in and cold air out, warming the rists.

For cyclists unfamiliar with a 1:1 fit, that comfortable, contoured fit might seem a bit tight at first. But once they’re broken in, these gloves are superb insulation when the chillier months return. In addition, padding over the ulnar and median nerves in the hand makes that cozy fit feel even more secure, bracing the hand on those long winter rides as much as they warm them.

Put simply, these gloves have all the warmth of a snow suit, with all the flexibility and dexterity of a good pair of lycra bib shorts.

They’re more mittens than gloves, though, which certainly comes in handy when it starts to get really, really cold. Creating an internal chamber for the hands, the LG Super Shield has the same effect as a nice, cushy pair of mitts, collecting warmth close to the extremities. Their “lobster claw” design, however — slotting two fingers into one “claw” and two into the other — does what a pair of mittens can’t, giving you more dexterity and control over your ride.

Most importantly, though, these are gloves designed to be taken out even when winter is at its worst, with Drytex 3M and Thinsulate lining both evacuating moisture away from the hands and providing plenty of warmth. Along with that heavy insulation, the gloves are also vented. The LG Super Shield’s patented Ego AirZone construction keeps air moving, while still keeping out the cold. And with a 100% breathable Hipora waterproof membrane, that applies to the wet cold of the season as much as the dry.

Cyclists may find the lobster-claw design a bit tricky to get used to at first, but the toasty insulation us balanced out by the Super Shield’s lightweight, non-bulky material — perfect for when winter starts to rear its ugly, frozen head, but you’re undeterred by it all in the saddle.

When it really, really gets cold, of course, you’re going to want something that doesn’t just protect your extremities, but also your bike’s. That’s where these bar mitts come in, specifically designed to work with road bar designs that wrap cables under the bar tape.

Like the LG Super Shield, dexterity and freeing up a rider’s hands to allow for maximum control is the core idea. Their heavy-duty, 5 mm-thick neoprene design, though, laminated on either side with nylon, are all about protecting levers and other components from the most unpredictable weather of the season. For that reason, they can be easily installed and removed when the temperature starts to change, with adjustable ventilation if the hands get excessively warm mid-ride.

Perhaps the best thing about these bar mitts, though, is their adaptability and convenience. After all, when winter really starts to mess around with Canada’s riders, a morning ride can be different from an afternoon ride to the tune of 15 or 20 degrees. By providing maximum wiggle room for a rider’s fingers, these gloves can be paired with other, fingered designs — like the Pearl Izumi gloves reviewed in this article, for example — to even better insulate the finger.

In addition to its road handlebar design, mitts can also be installed on bikes with flat bars.