Bontrager has also released the Bontrager Aeolus RSL 51 and the Aeolus Pro 51, which is a step down from the premium RSL line.

While all the wheels share the same widths, each has its own wind-cheating shapes to work with its specific depths. After engineers ran HEEDS 3D optimization software, for months, they got a collection of shapes. Some were fast, but a little less stable. Others were more stable, but not as fast. For each depth, they targeted the sweet spot, balancing both speed and stability. 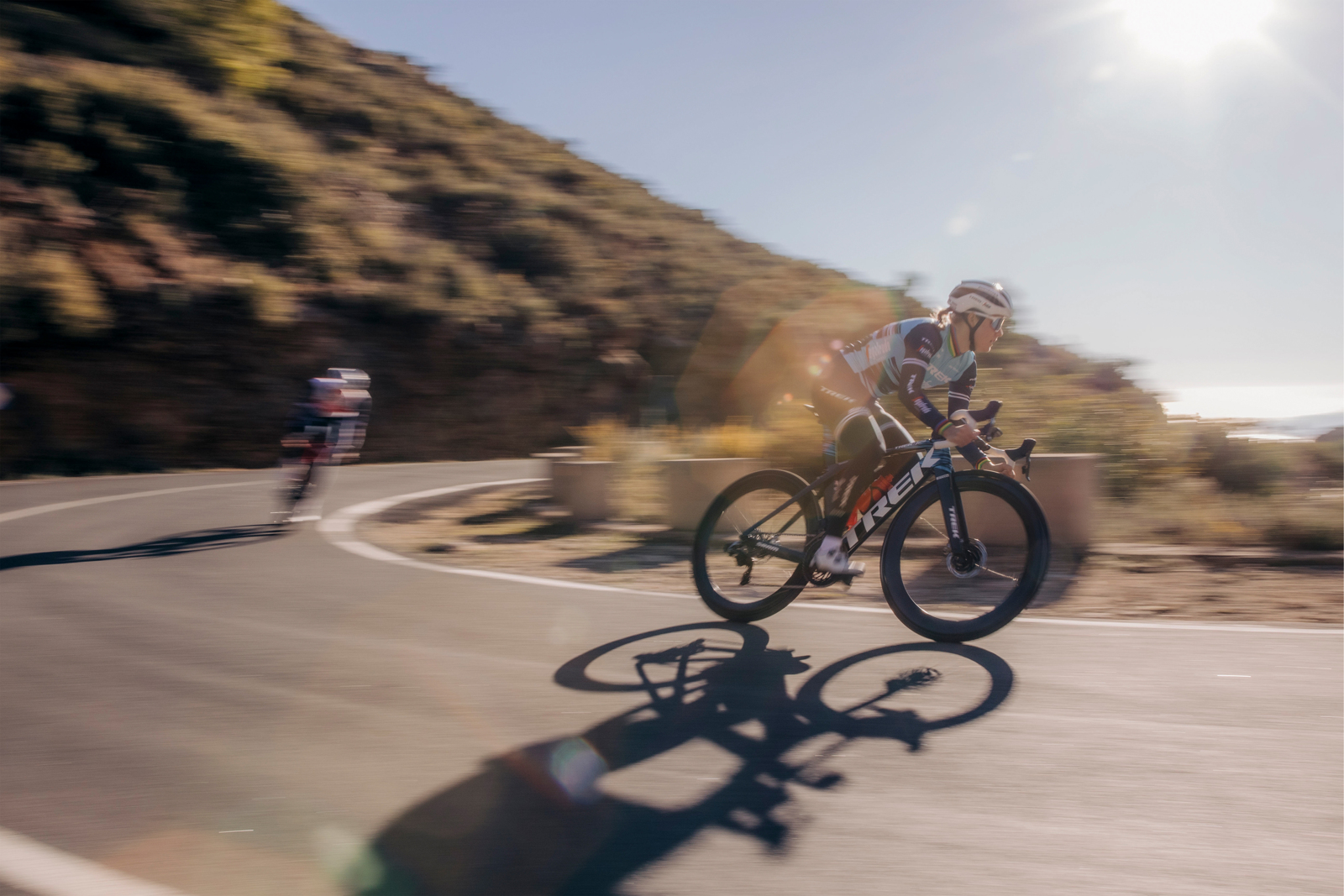 What exactly is stability in a wheel?

As part of the development process, engineers equipped some bikes with aero sensors. Experienced riders took these bikes out for some rides and logged their impressions, especially when things felt unstable or twitchy. Engineers compared those observations with data collected, such as wind speed and yaw angle.

A common theory is that instability is caused when a wheel stalls: there’s an imbalance of pressure on the sides of the wheel, with more turbulence on one side. Yet, Bontrager’s engineers found that it was something other than a stall, for the most part, causing instability. “What we really found was that it was the change of side force,” says John Davis, aerodynamicist at Trek. “Imagine you’re riding in an open farm area and there’s a constant crosswind. You can feel a crosswind. You know it’s there, but you feel fine. But when a truck passes you and it blocks that crosswind for a second, then you feel kind of sketchy because the side force goes down a lot because the crosswind got blocked. Then you are in the wake of the truck, where the yaw angle is changing a lot. So, we really worked on reducing that change in side force that you feel that connects to the stability feeling.”

Once Davis had some top wheel designs, he took them to the wind tunnels in San Diego and Wichita State University. “The part that was really interesting to me, the geeky aero details, was that usually there is a tradeoff between low yaw—calm conditions—and high yaw, really high crosswind conditions. Usually, you have to choose one or the other for the performance of a wheelset. But for this wheelset, we were able to reduce the drag at low yaw, while also delaying that stall angle and improving the performance at high yaw,” Davis says.

Rolling resistance put in the mix

With the new Bontrager Aeolus RSL wheels, managing rolling resistance was also a priority. Rolling resistance figures were mixed into the number crunching that the company’s supercomputers had to do.

The Bontrager Aeolus RSL 51 is the company’s all-around road wheel. It’s meant to balance aerodynamics and stability, as well as weight. The pair is 1,410 g. At a depth of 51 mm, the Aeolus RSL’s closest relative from Bontrager’s previous generation of wheels is the Aeolus XXX 4, with its rim depth of 47 mm. According to Bontrager’s research, the Aeolus RSL 51 has 16 per cent better aerodynamics and nine per cent better stability than its predecessor. Wheel performance, which is a mix of aerodynamics and rolling resistance is up 10 per cent. The hubs are nominally DT Swiss 240s, but are actually a 240/180 hybrid. The freehub uses the Ratchet EXP. ($1,535 front, $1,665 rear)

There is also a Pro model of the 51, which uses a lower-tier of the company’s OCLV carbon. The Aeolus Pro 51 comes with DT 350 hubs. While the Pro model is heavier than the RSL, it still has the same wind-cheating shapes. ($755 front, $$945 rear) 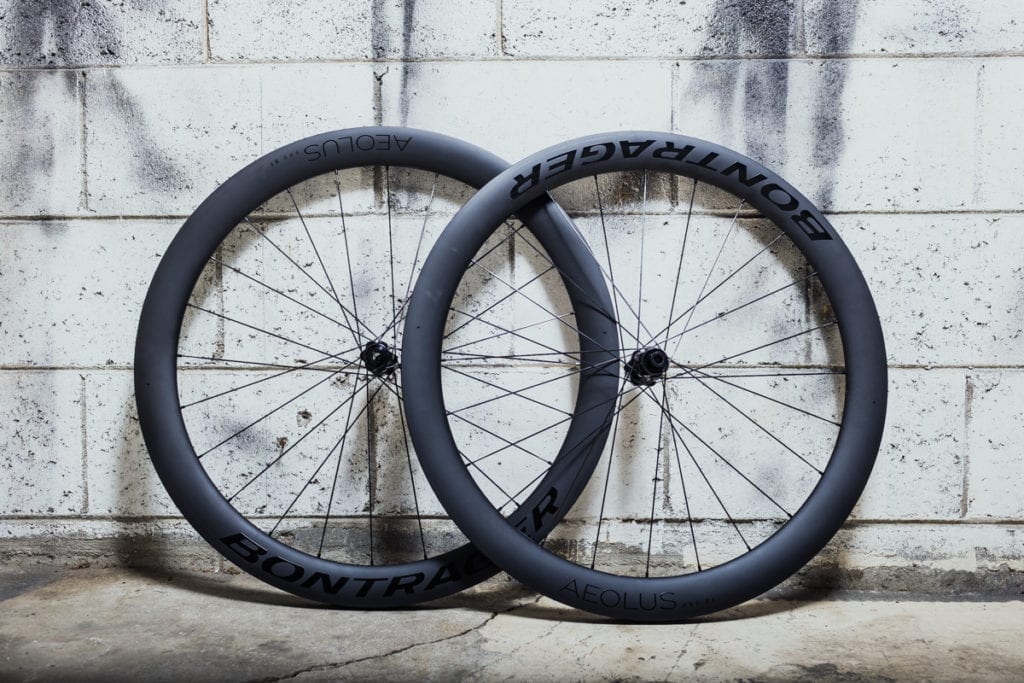 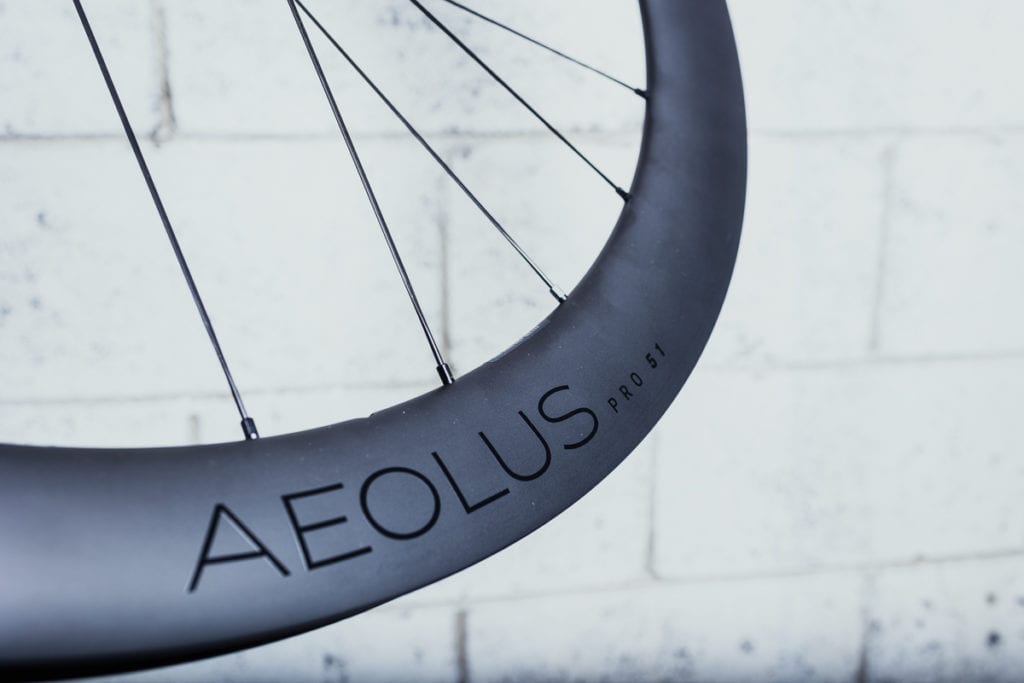 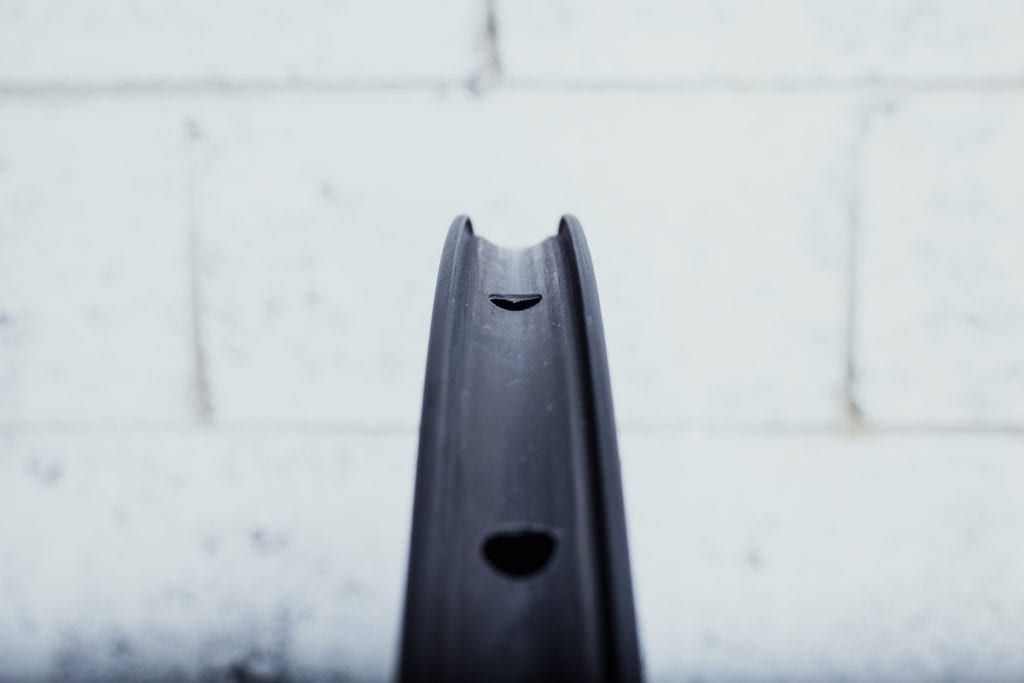 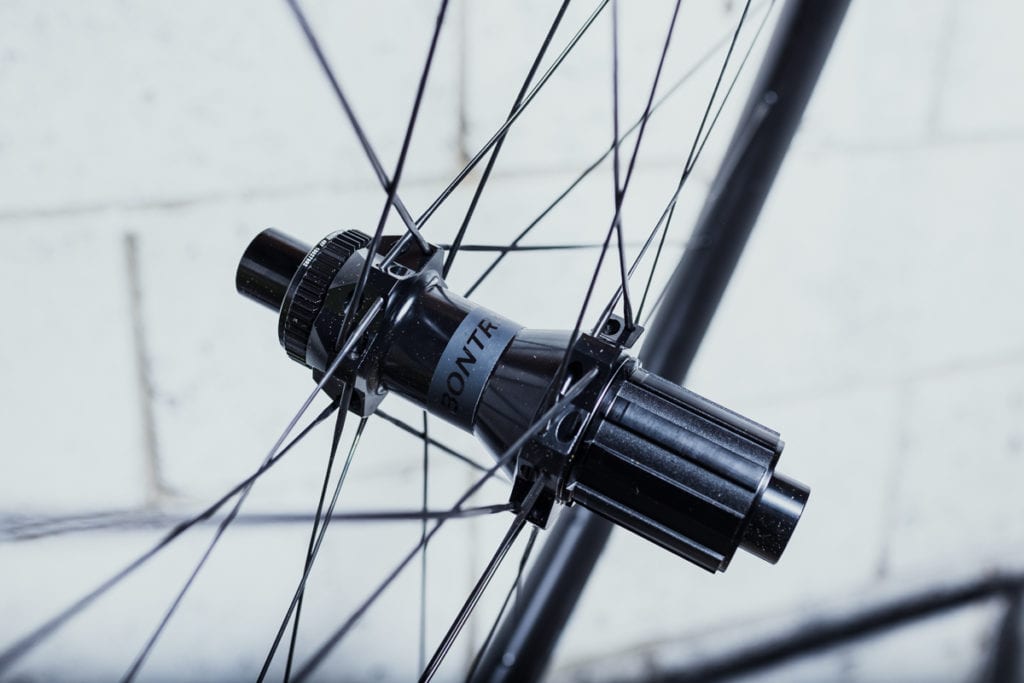 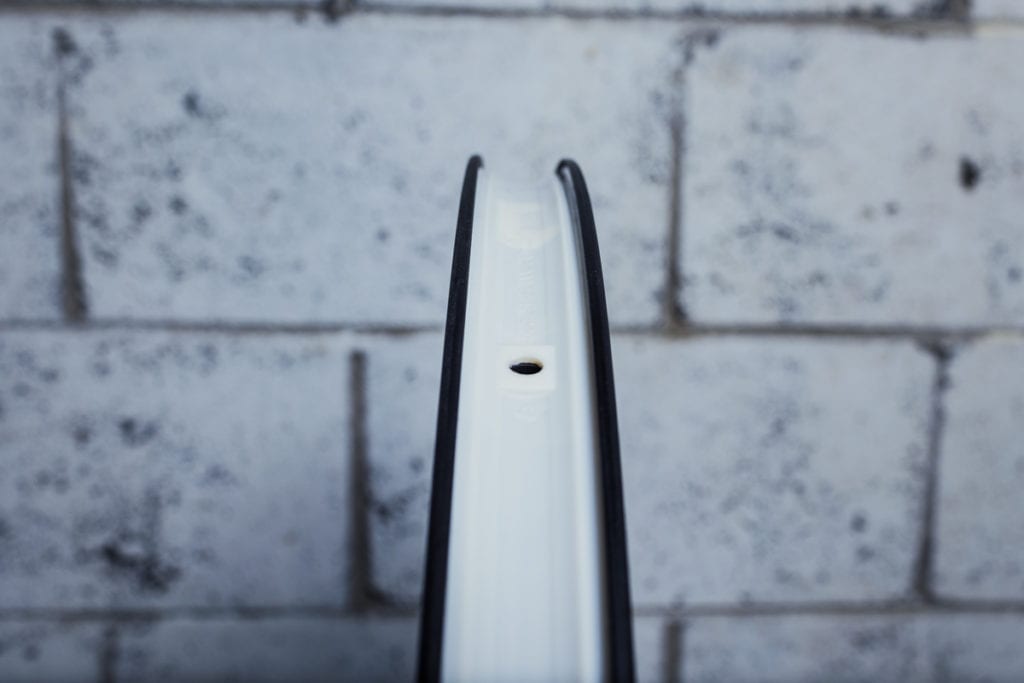 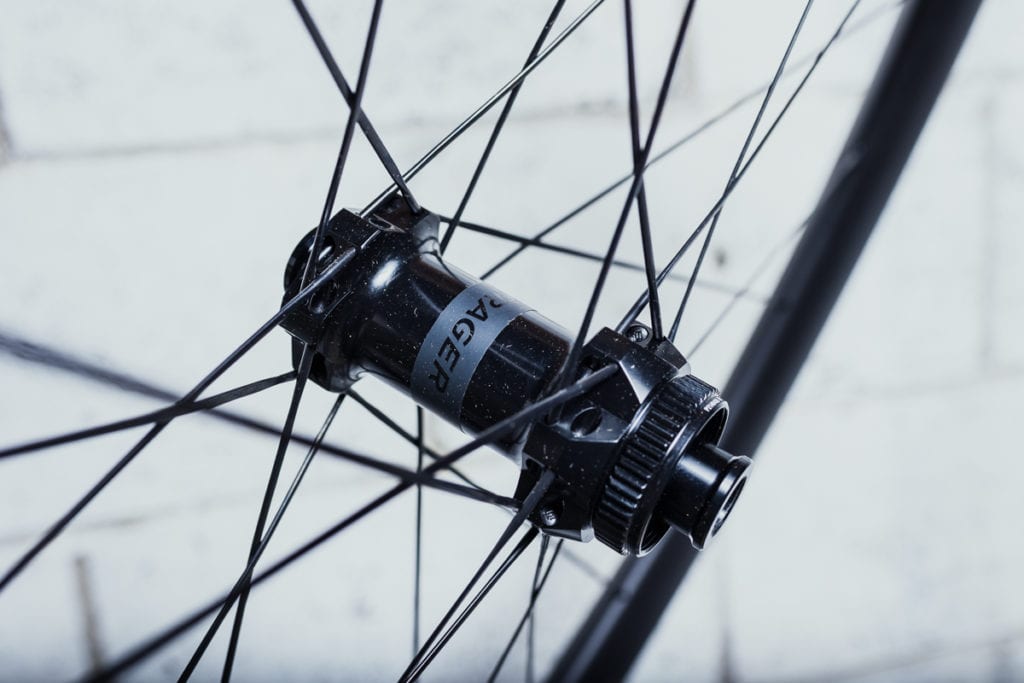 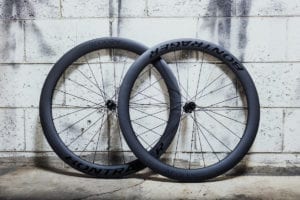 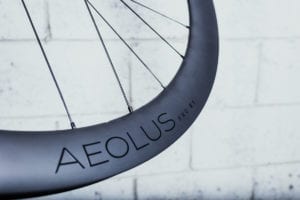 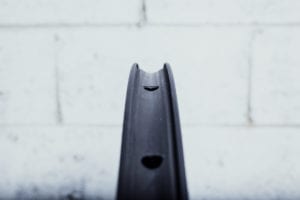 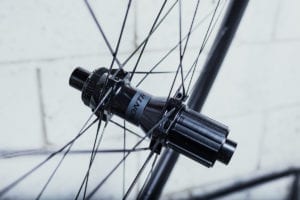 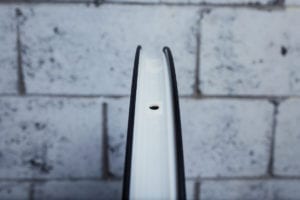 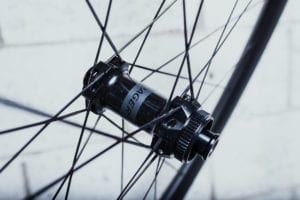