Caffeine wasn’t always allowed in cycling. It was added to the list of banned substances by the IOC in 1984 and WADA in 2000. The use of caffeine remained prohibited until 2004, when the ban was lifted. Since caffeine was deregulated, its use among athletes (particularly with those competing in aerobically-focused sports) has steadily increased. A study that tested caffeine levels in doping control urine samples found that cyclist, along with athletics athletes and rowers, consume the most caffeine of all Olympic sport athletes.

So is coffee really all that good for your cycling performance? According to a paper in the International Society of Sports Nutrition (ISSN)—whose lead author is Nanci Guest of the University of Toronto’s department of nutritional sciences——yes, the bean juice really does help.

Here are some of Guest’s notes on caffeine in sport and how they relate to cycling.

“Supplementation with caffeine has been shown to acutely enhance various aspects of exercise performance in many but not all studies. Small to moderate benefits of caffeine use include, but are not limited to: muscular endurance, movement velocity and muscular strength, sprinting, jumping, and throwing performance, as well as a wide range of aerobic and anaerobic sport-specific actions.”

For cycling, studied performance improvements from caffeine include better time on a repeated time trial event or time to exhaustion workout, better focus and lower levels of perceived exertion.

2. Aerobic endurance athletes benefit the most from caffeine

“Aerobic endurance appears to be the form of exercise with the most consistent moderate-to-large benefits from caffeine use, although the magnitude of its effects differs between individuals.”

While caffeine will benefit many cyclists, some will still prefer a mid-ride decaf coffee. Inter-individual differences mean the same dose of caffeine could be beneficial to one cyclist’s performance, and detrimental to another’s.

“Caffeine has consistently been shown to improve exercise performance when consumed in doses of 3–6 mg/kg body mass. Minimal effective doses of caffeine currently remain unclear but they may be as low as 2 mg/kg body mass. Very high doses of caffeine (e.g. 9 mg/kg) are associated with a high incidence of side-effects and do not seem to be required to elicit an ergogenic effect.”

For a 76kg cyclist, 3mg/kg is 228mg of caffeine. That’s about five energy gels, two 100mg caffeine pills or a 12 oz. Pike Place Roast Starbucks coffee. For that same cyclist, 6mg/kg would be 456mg or about three 12oz cups of drip coffee.

4. The best time to take it is 60 minutes before your ride

“The most commonly used timing of caffeine supplementation is 60 min pre-exercise. Optimal timing of caffeine ingestion likely depends on the source of caffeine. For example, as compared to caffeine capsules, caffeine chewing gums may require a shorter waiting time from consumption to the start of the exercise session.” 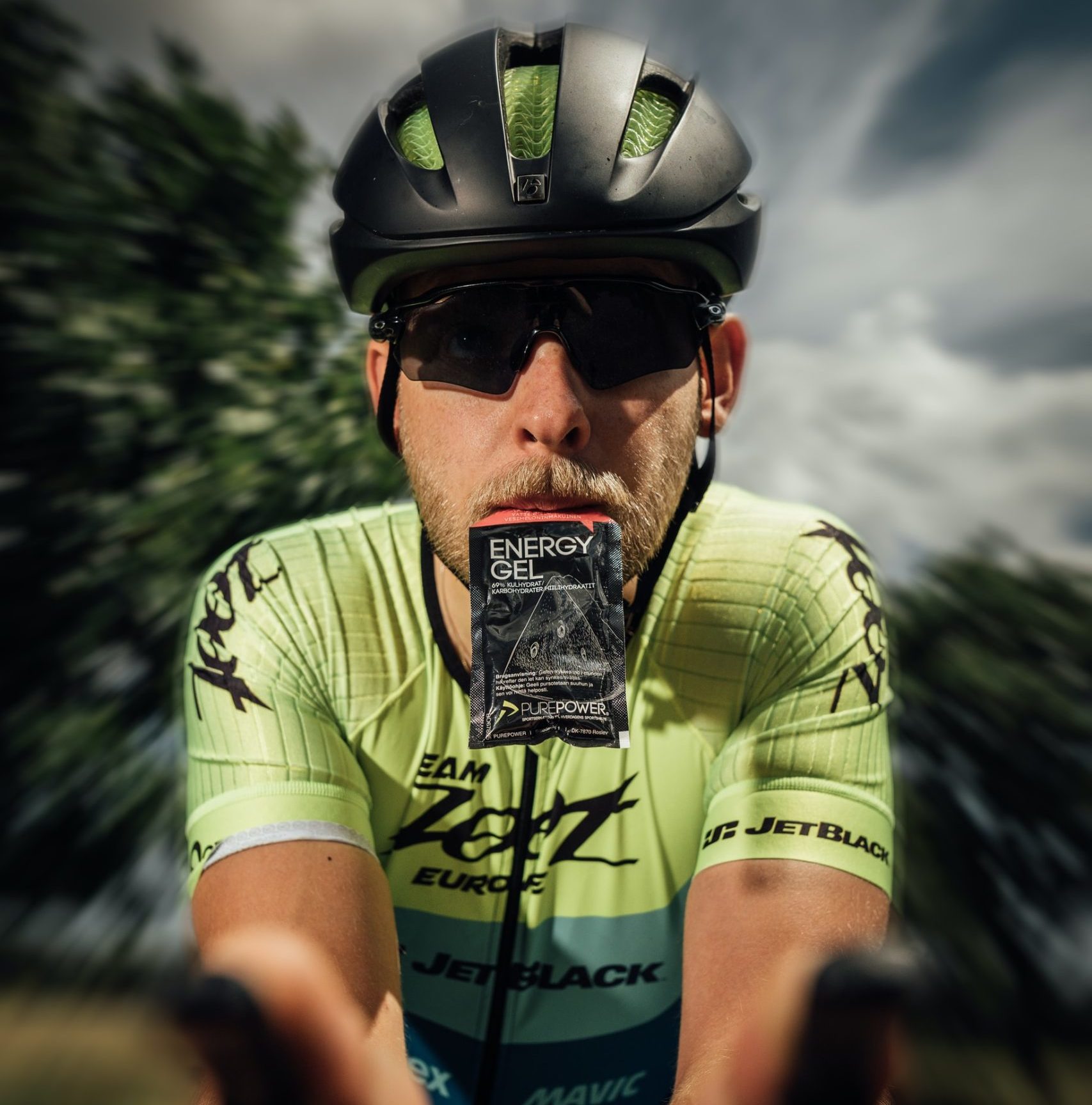 If you know you’re always rushing out the door for those morning rides make sure you turn on the coffee maker right when you wake up. Low to moderate doses of caffeine later in exercise were found to be beneficial but there was a significant amount of interindividual variability, so it’s important that you do personal experimentation with mid-ride caffeine.

5. Pros and beginners will benefit from caffeine (but possibly to different extents)

“Caffeine appears to improve physical performance in both trained and untrained individuals.”

According to the ISSN, trained and untrained individuals will experience similar improvements in performance following caffeine ingestion.

However, one study found that both untrained and trained cyclists improved performance with 6mg/kg caffeine supplementation in the morning, but only the untrained subjects improved when given caffeine in the evening. The study’s researchers hypothesized that that caffeine tended to improve muscle endurance more in untrained than in trained subjects, though a 2010 meta analysis disputes that claim. ISSN says that more research on the topic is warranted.

6. Genetic variation may play a role in how you react to caffeine

“Inter-individual differences in sport and exercise performance as well as adverse effects on sleep or feelings of anxiety following caffeine ingestion may be attributed to genetic variation associated with caffeine metabolism, and physical and psychological response. Other factors such as habitual caffeine intake also may play a role in between-individual response variation.”

A meta-analysis that looked at a number of time trial studies (79 per cent of which were cycling), found that the difference between a caffeinated group and placebo group ranged from three to almost 16 per cent. Every athlete responds to caffeine differently—habitual caffeine intake, activity type and even genetic variation could be factors in the inter-individual differences. 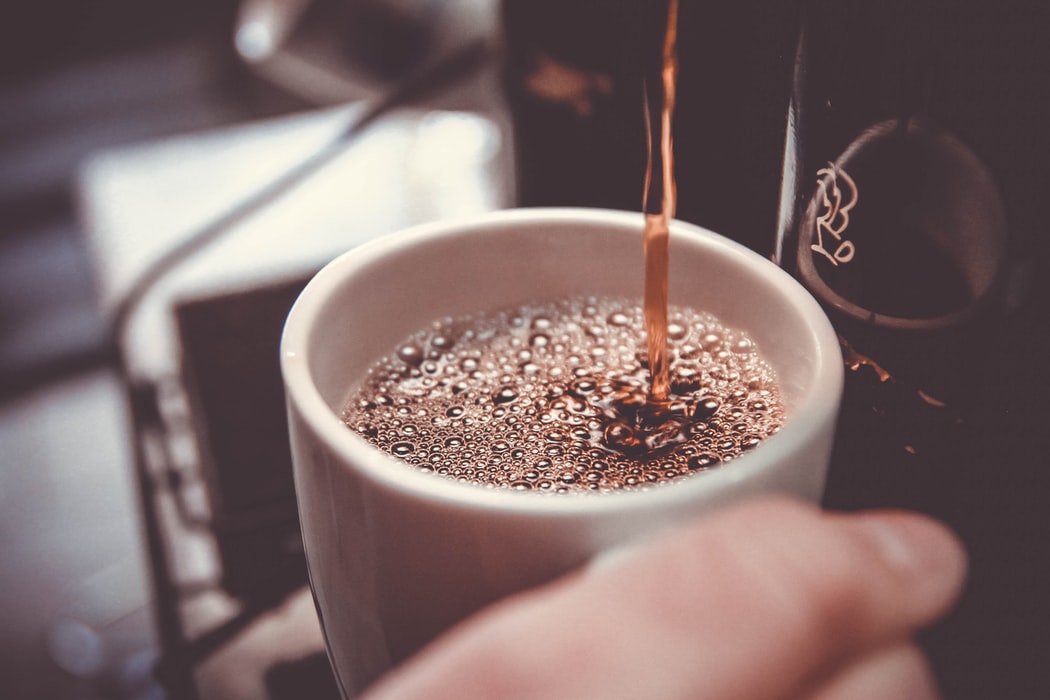 One 2018 study from University of Toronto looked at the effects of caffeine and the CYP1A2 gene on performance in competitive male athletes during a 10-km time trial. Researchers found that subjects improved their time by an average of three per cent with a 4 mg/kg caffeine dose (a result that was consistent with other similar studies). When they further analyzed the data by genotype, they found that those with the AA allele of the gene, who are ‘fast metabolizers’ of caffeine had an much higher than average improvement in cycling time—6.8 per cent.

Conversely, when ‘slow metabolizers’ of caffeine (subjects with the CC allele of the CYP1A2 gene) were given 4 mg/kg of caffeine, their performance was impaired by 13.7 per cent, though (luckily for CC genotype coffee drinkers), at 2 mg/kg of caffeine no difference was observed.

Preliminary research has also been done on the impact of the ADORA2A gene on the beneficial effects of caffeine during exercise. In a ten-minute time trial, caffeine  benefitted all six study participants with the T allele but only helped the performance of one in six C allele carriers.

7. It can help you when you’re sleep deprived but it can also hurt your sleep performance

“Caffeine may improve cognitive and physical performance in some individuals under conditions of sleep deprivation.”

One of the only cautions mentioned in the report is the negative effects of caffeine in athlete’s sleep patterns. It suggests making personalized informed decisions on caffeine consumption, particularly when sleep is involved.

The ADORA2A gene (mentioned above) has been shown to be a determinant of  vigilance in both a rested and sleep-deprived state. It also modulates individual responses to caffeine after sleep deprivation. Interestingly, those with the C allele, who didn’t benefit from caffeine in aerobic performance, consistently performed  higher on a sleep-deprived sustained attention task than T allele participants. 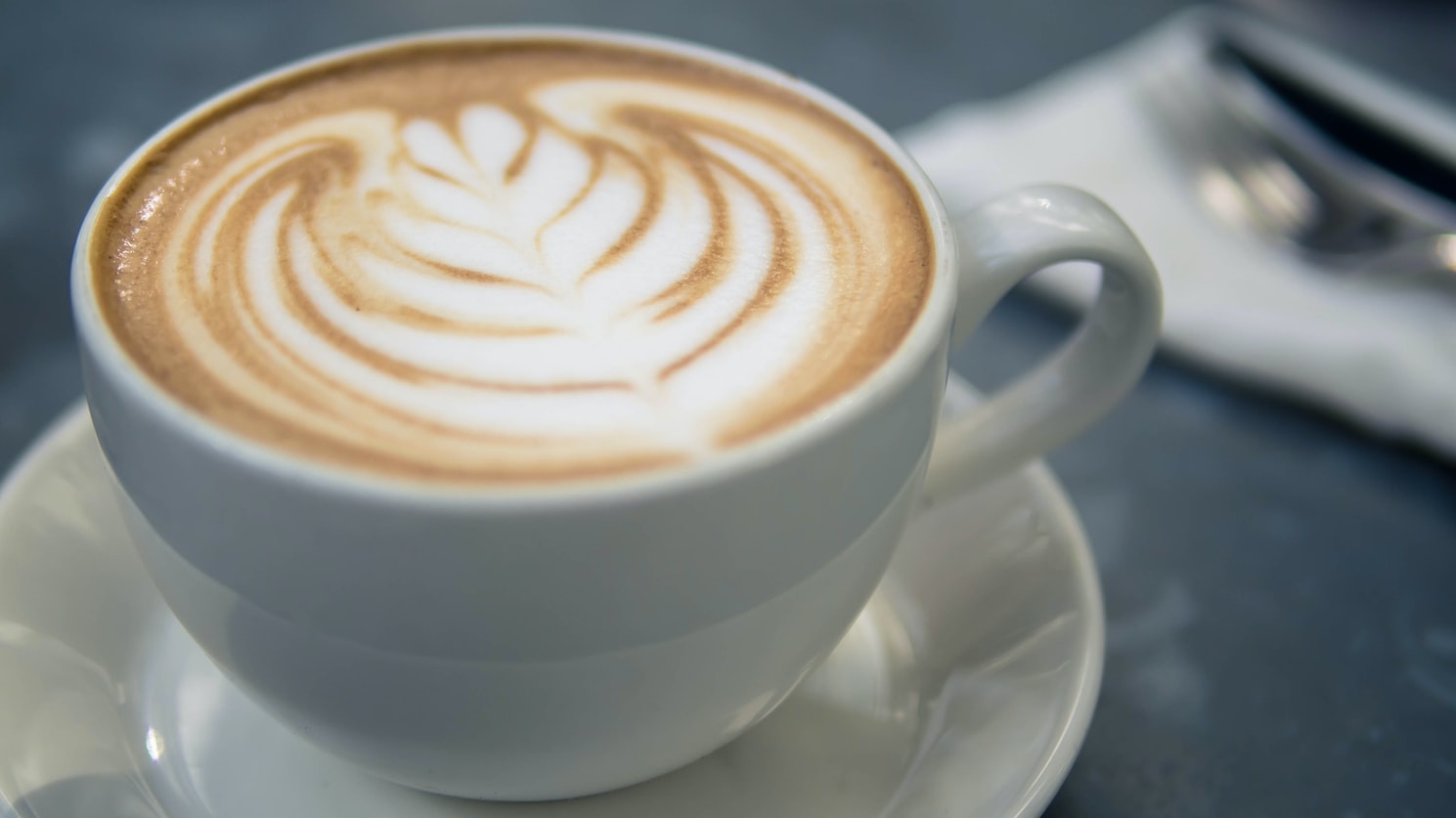 8. It can help with cognitive function

“Caffeine has been shown to be ergogenic for cognitive function, including attention and vigilance, in most individuals.”

At lower doses of caffeine (approximately 200 mg), improved cognitive processes associated with performance in cycling such as vigilance, alertness, and mood. Even after a 2.5 hour ride and a time trial to exhaustion at 75 per cent Vo2 max, cyclists performed significantly better on complex information processing than a placebo group. If you’re planning on getting some work done after your ride you should probably have some caffeine.

9. Caffeine can benefit athletes training and racing in the heat and at altitude

“The use of caffeine in conjunction with endurance exercise in the heat and at altitude is well supported when dosages range from 3 to 6 mg/kg and 4–6 mg/kg, respectively.”

There are several cycling studies on athletes performance while caffeinated in the heat. ISSN says that though caffeine’s effect on performance in the heat remains somewhat unclear, between 3 and 6 mg/kg should be a fine dose for most cyclists. Even up to 9 mg/kg in the heat should be generally ok, according to the report.

The benefits of 4–6 mg/kg caffeine at altitude are supported by a few cycling-specific time trial and time to exhaustion studies. The report says that beneficial effects of caffeine supplementation may even partly reduce the negative effects of hypoxia on the perception of effort and endurance performance.

10. It doesn’t really matter how you get it in your body

“Alternative sources of caffeine such as caffeinated chewing gum, mouth rinses, energy gels and chews have been shown to improve performance, primarily in aerobic exercise.”

Even that weird caffeine gum can enhance cycling performance, but only when chewed immediately before your ride. Five cycling studies (mostly conducted on well-trained cyclists), found that chewing caffeinated chewing gum close to the beginning of a ride or during a prolonged endurance event may be most beneficial. The results were particularly beneficial for high-performance cyclists.

11. Even energy drinks will do the trick 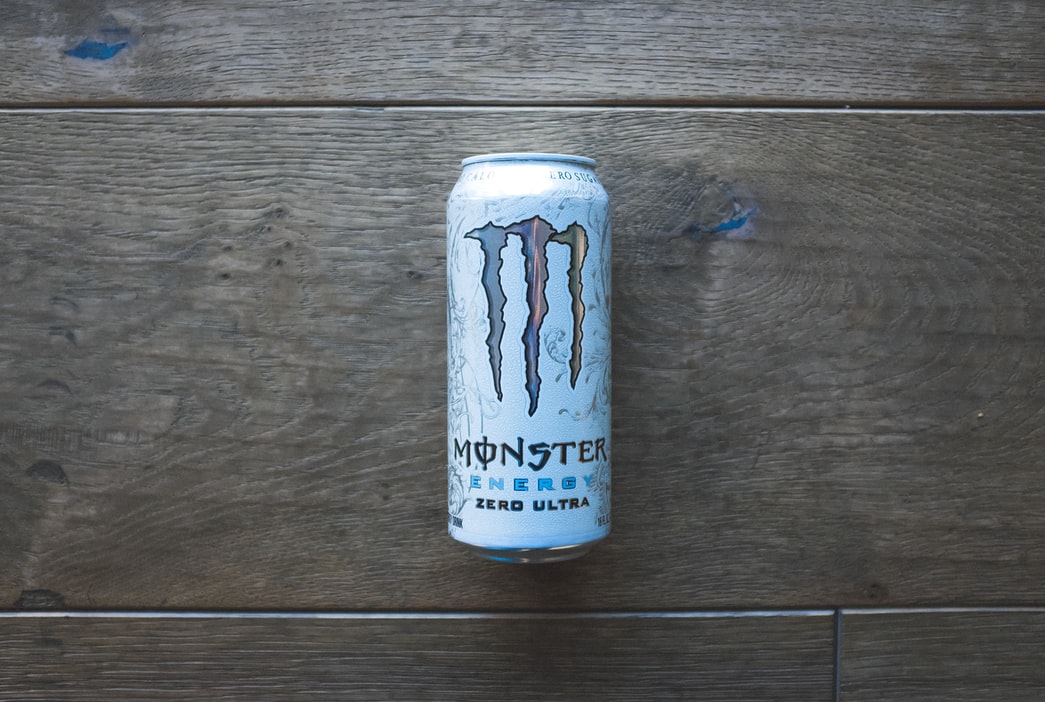 “Energy drinks and pre-workout supplements containing caffeine have been demonstrated to enhance both anaerobic and aerobic performance.”

The caffeine in energy drinks and pre-workout will benefit cyclists in their rides and the taurine may even offer an added performance enhancing bonus, though the positive effects of the other ingredients is debated.