On paper, eating for better health and performance can seem like an easy undertaking. After all, what could be so hard about stuffing your grocery cart with wholesome foods like yogurt, whole grain bread and dark chocolate? Well, it’s easy to be duped into purchasing such edibles that turn out to be wolves in sheeps’ clothing. Food manufacturers are brilliant at making items appear healthier than they are, even fooling the savviest of cyclists. Here’s how to spot some of the biggest health food impostors at the supermarket and how to sidestep their deceptive ways. 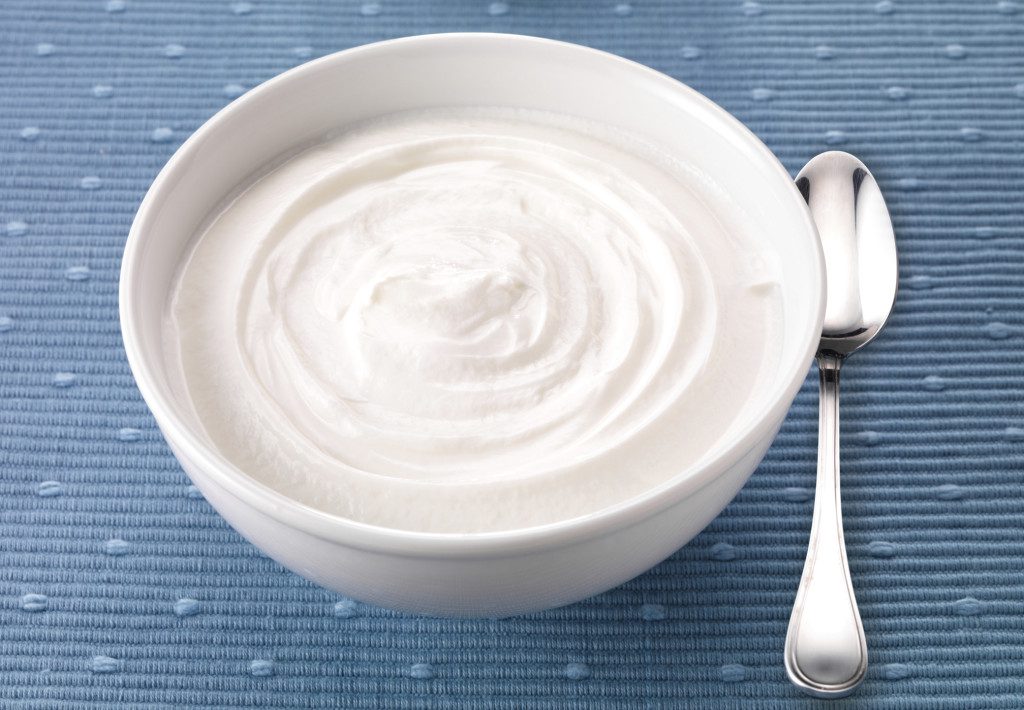 Packed with protein and bone-building calcium, deliciously thick Greek yogurt is worthy of a resounding Opa! But what is on offer on store shelves is often a sugar bomb in disguise. Any flavoured version of Greek yogurt often has three to four times the amount of sugar found in plain versions thanks to a liberal use of sweetener by manufacturers. You also want to watch out for the avalanche of fat calories that some high-fat tubs contain.

Fight back For a product with fewer waistline repercussions, choose a plain Greek yogurt with two simple ingredients: milk and live cultures. If you need some sweetness, add it in the form of fruit, such as berries. While you need not settle for fat-free yogurt, you can keep calories in check by sticking with a product that supplies only two per cent milk fat. 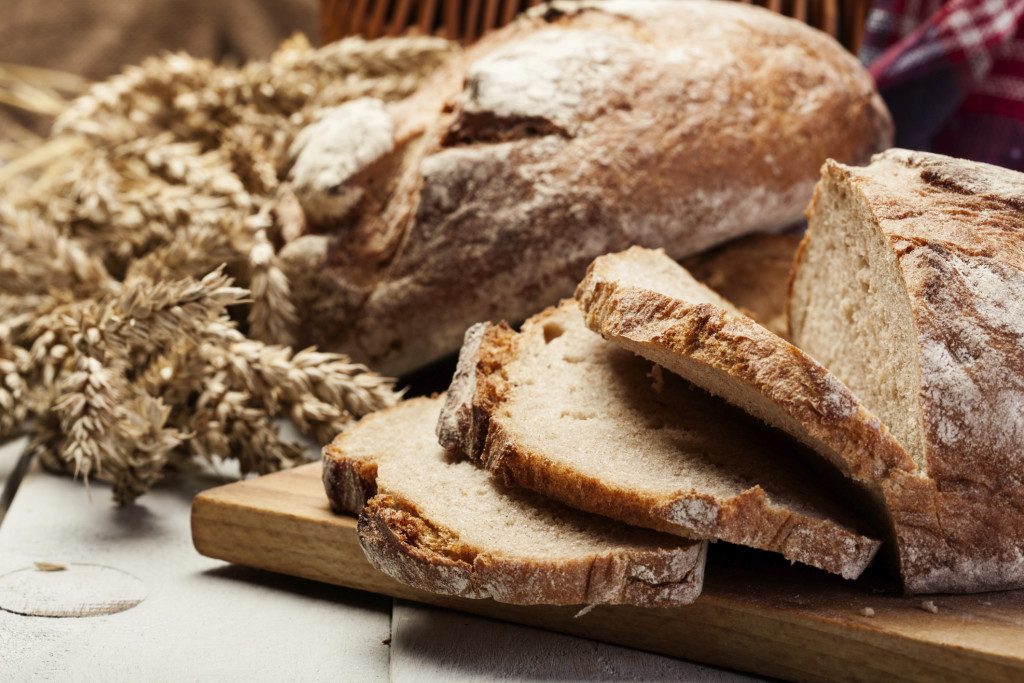 Before you grab that loaf of seven-grain for your lunch sandwiches, scan the ingredient list carefully – or you just might be fooled into buying refined grains in disguise. Breads and other grain-based items touting slogans such as “made with whole grains,” “seven-grain” and “multi-grain” often contain high amounts of nutritionally inferior refined flour. Manufacturers will include some whole grains in the mix, but the amount added is anyone’s guess.

Fight back Scan the ingredient list: the first item should be whole wheat flour or another whole grain, rather than wheat flour, which is just a euphemism for white flour. A label that states “100 per cent whole grain” cannot include any heavily refined flour. 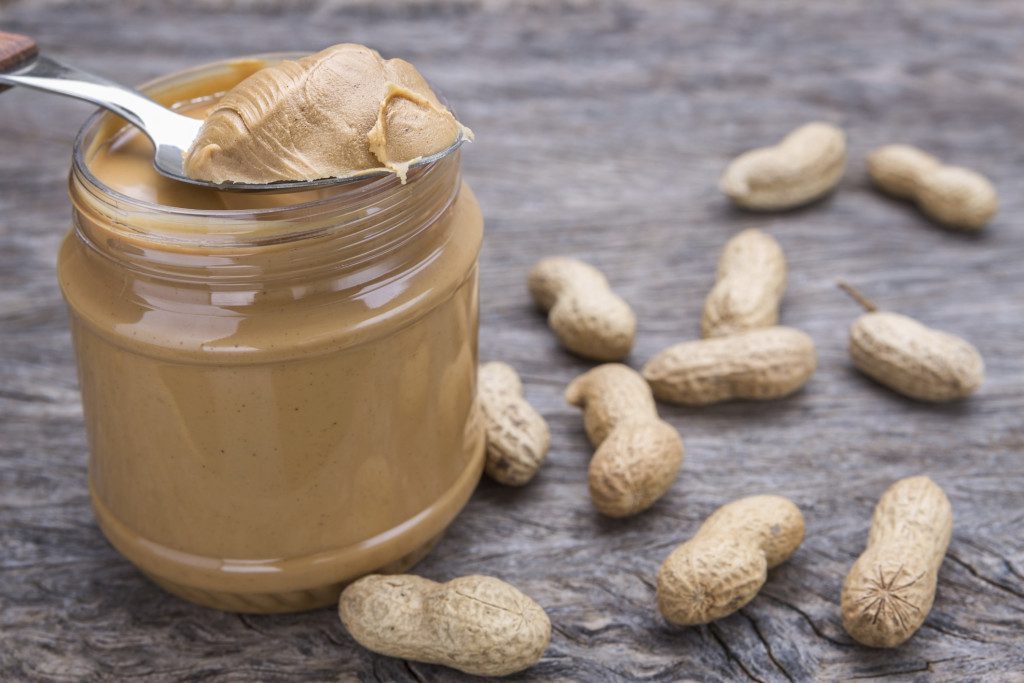 The dirty little secret of lower-fat peanut butter is that it’s not nearly the calorie saver marketers want you to believe. While the light version of peanut butter has about 30 per cent less fat than the regular stuff, it often contains more sugar and sodium to make up for the loss of flavour when fat is stripped away. In fact, the added sugar means the calorie count between the two is negligible. You’re also exchanging heart-healthy unsaturated fat for sugar; hardly a nutritional upgrade. What’s more, the many different guises of sugar are working their way into an increasing number of flavoured nut-butter spreads.

Fight back Don’t fear the fat. To save on sugary calories, stick with the full-fat stuff and simply keep an eye on your portions. Ideally, hunt down nut butters that contain a very simple ingredient list of nuts and perhaps a touch of salt. Flavourings such as cinnamon are fine, but watch out for chocolate-infused spreads, which often come with hefty sugar numbers. 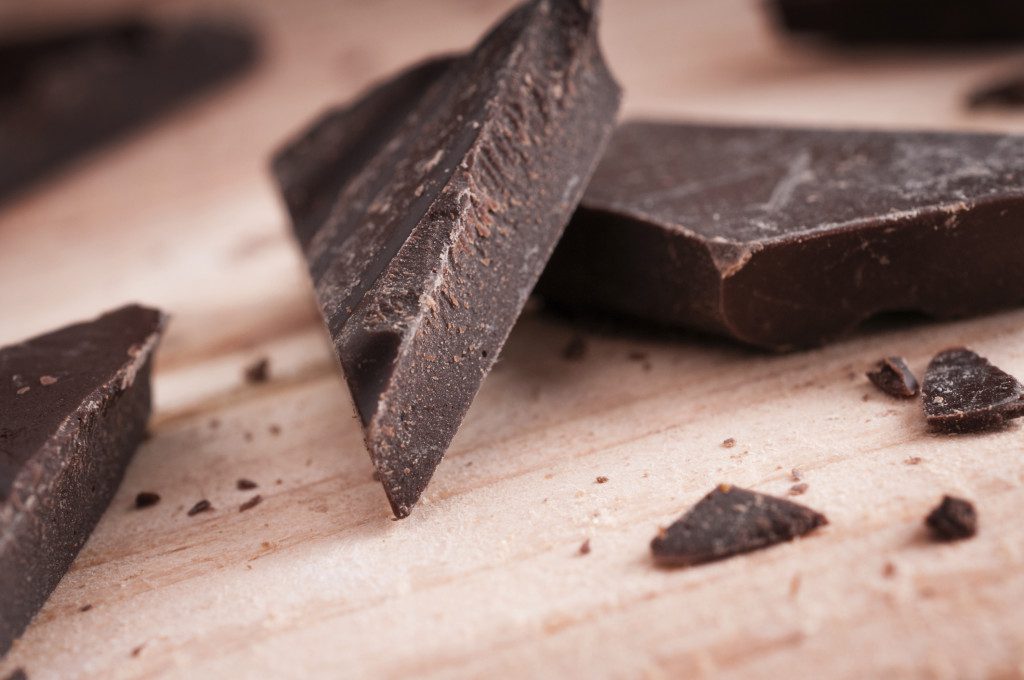 A raft of research has shown that antioxidants in chocolate can offer some disease protection and might even charge up your rides. These features make it an even sweeter treat. But there is no real regulation of the term “dark chocolate,” so it’s easy to end up dropping a bar in your grocery cart that contains more sugar than antioxidant firepower.

Fight back Most of the studies on the health benefits of chocolate used a product made with more cocoa mass than sugar. So you should see the former listed in the ingredient list first. Another way to ensure that you’re loading up on antioxidants is to select a bar that has a cocoa percentage of at least 70 per cent. 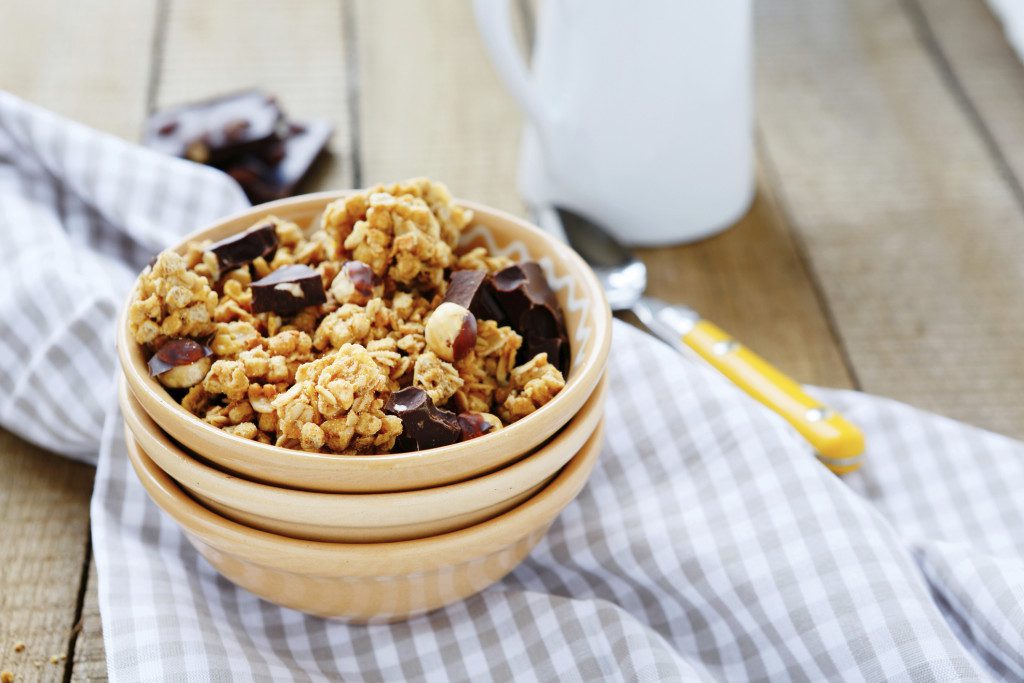 Despite the health halo boxed granolas foster, many products contain high calories and as much sugar as you’d find in a box of cereal adorned with a cartoon character. The sweet stuff comes courtesy of sugar-coated dried fruits and added sweeteners, such as evaporated cane juice. As little as a half-cup serving (without milk) can deliver a whopping 250 calories or more. And who just eats a half cup? But on the flip side, granola can deliver fibre-rich oats and ticker-friendly fats if nuts or seeds are in the mix.

Fight back To scoop up a granola that is less likely to mess with your race weight, turn the box over and pay close attention to the nutrition numbers. Ideally, you’re looking for a brand that delivers no more than 10 g of sugar per serving and at least 3 g of dietary fibre. 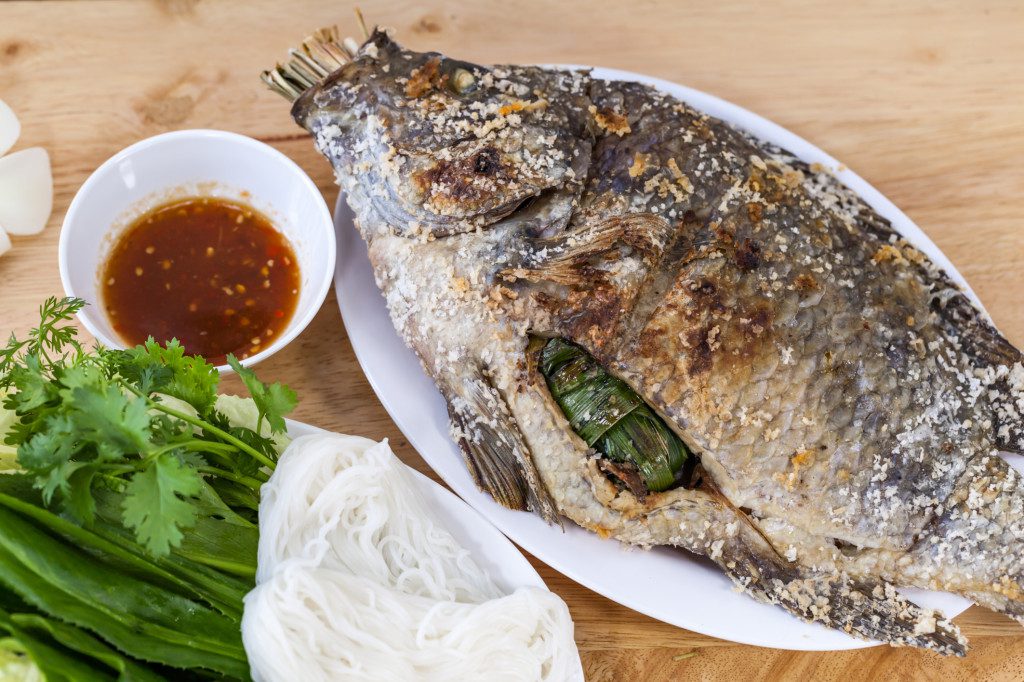 Inexpensive tilapia is one of the most popular choices at the fishmonger, but you may want to consider reeling in other options more often. A study in the Journal of the American Dietetic Association found that the type of feed provided to farm-raised white-flesh fish, such as tilapia and catfish, significantly increases the amount of pro-inflammatory omega-6 fatty acids in their meat at the expense of anti-inflammatory omega-3s.

Fight back When purchasing seafood for your meals, consider casting your line more often for species that are proven to be richer in inflammation-fighting and heart-healthy omega-3 fats. These include salmon, Arctic char, mackerel, sardines, sablefish and rainbow trout. 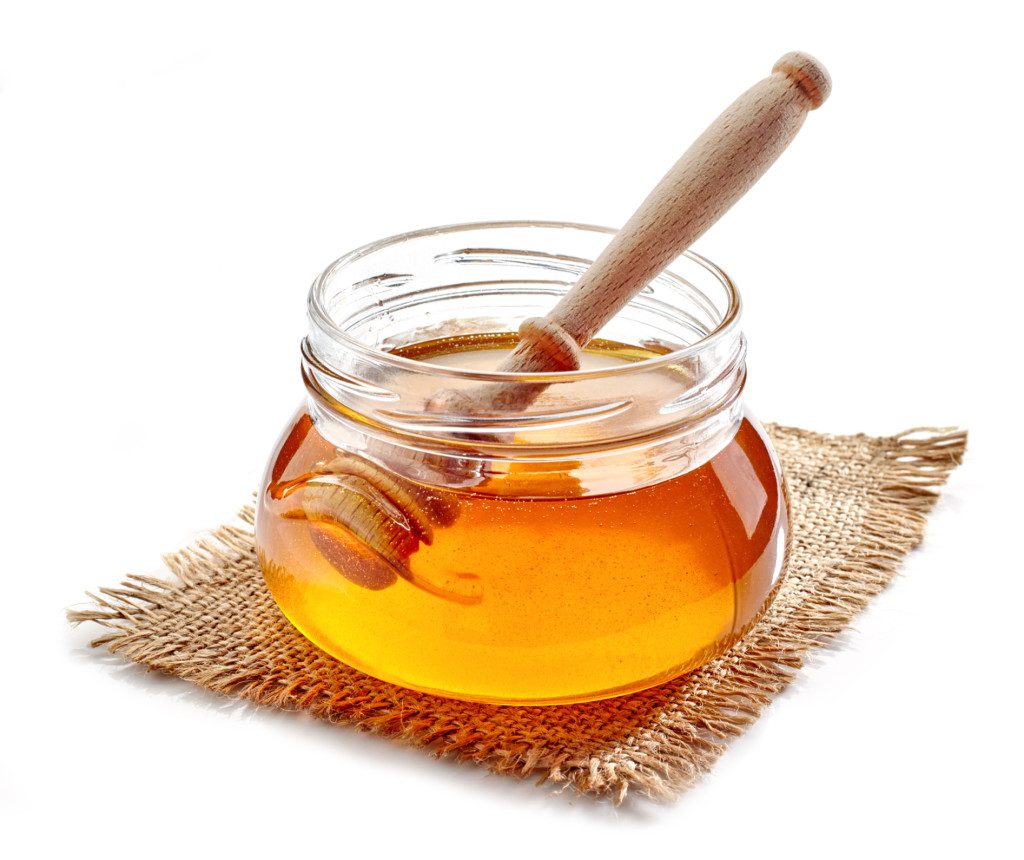 Sorry bee fans, honey isn’t much better than any other sugar despite its reputation as a healthier, more natural alternative. A recent study in the Journal of Nutrition found that when study participants ate the same amount (about 2 tablespoons) of honey, sucrose (regular sugar) or much-maligned high fructose corn syrup every day for two weeks, they experienced the same rise in blood triglycerides (a risk factor for heart disease) and markers of inflammation (also something that raises disease risk). So it seems our bodies don’t differentiate much between sweeteners.

Fight back Honey, coconut sugar, maple syrup – regardless of the form, all sweeteners are best consumed in limited amounts.

Matt Kadey is the author of Rocket Fuel and is a James Beard Award-winning food journalist, registered dietitian, and recipe developer.